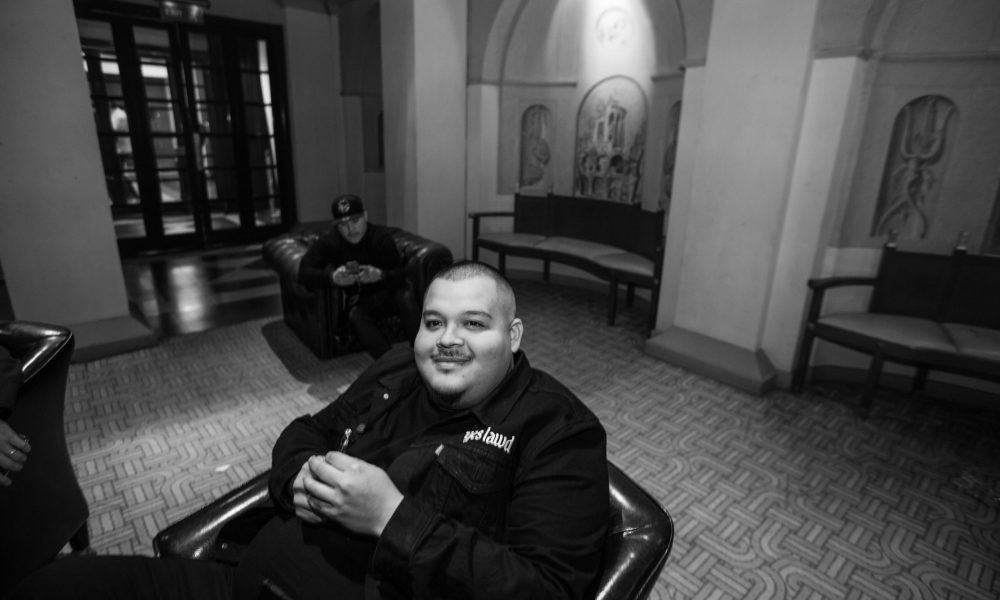 Today we’d like to introduce you to Jhair “Jha” Lazo.

Thanks for sharing your story with us Jhair “Jha”. So, let’s start at the beginning and we can move on from there.
Well, this journey started my senior year in High School, my mom got me my first computer, a Laptop. The first thing I did was download a cracked version of Fruity Loops and off I went. My main focus at the time was making beats and rapping on em with the homies. I went to goodwill and found a pair of speakers for 11 dollars, went to the swap meet grabbed the cheapest, shittiest little mic I could find, and a 100 dollar audio interface. I was set.

That went on for years till I kinda put music aside to pursue a “real” career. I tried to go to school for graphic design, but that only lasted for about a semester when I realized I wasn’t gonna enjoy doing that for the rest of my life. I tried to switch to the audio engineering major at the school I was going to, I met with the head of the audio department and he did everything he could to scare me away from switching over. He told me it wasn’t about music and tried to intimidate me by showing me these crazy books filled with all the technical aspects of engineering.

I was pissed so I dropped out and transferred to the Los Angeles Recording School in Hollywood. From day one there, I knew I had made the right choice. This is where I first upgraded my dusty little setup with a brand new MacBook, a better audio interface, headphones, everything that came with tuition at LARS. Aside from the shiny new computer, This is where I learned the fundamentals of recording and earned a glimpse into what it’s like inside a real studio.

A couple of months shy of two years later, I graduated and found my first internship. A small independent studio set in Downtown LA, they had a small roster of artists and I pretty much got straight to it as soon as I got on. I wasn’t making any money but I was gaining experience working with their artists. The internship started to kinda take a weird turn when they started asking me to do nonstudio errands, like drive folks around to meetings on the Westside, picking up patio furniture in the OC it got a bit ridiculous at point, all while still not earning a penny.

Thankfully before that whole situation had fell through, they hooked me up an internship in North Hollywood at a private studio. I wasn’t too shook jumping into another unpaid gig ‘cause I had told myself I wasn’t going to allow myself to get bullied around again. From day one at this place, I knew I was setup with a special opportunity to really make my way to where I wanted to go. High profile artists came in there and it was exciting to be there, anything that was asked of me I did without question.

Soon after I had the chief recording engineer, Mike Donaldson, start showing me how to really be a recording engineer to the stars. He broke it down from the ground up for me. I couldn’t be more grateful for Mikey and all he taught me. Took me about a year and some change before I could start recording people on my own comfortably.

Since then, I went on to becoming the chief recording engineer for Atlantic’s North Hollywood studios, BMG and ultimately finishing that whole run off by going on my own and standing where I am today as head engineer for Anderson .Paak.

Overall, has it been relatively smooth? If not, what were some of the struggles along the way?
Man, it has not been smooth, my mom and I were living in a trailer my senior year in high school and bounced around in back houses and garages for a while and as an intern making no money it was hard. But it pushed me to get to each milestone harder. Now I can say that momma don’t live like that no more and as my career progresses, it makes it easier to support her and allow her to live with less worry.

Same goes for my Girlfriend, we’ve had our struggles throughout this whole journey, she’s been apart of from when I first decided to go to school for it all. She’s seen me go from intern to Grammy winner over the last decade.

Professionally I’ve been challenged essentially from day 1. From getting food orders wrong to having a computer crash in the middle of a take. And really they’re pretty similar in the way that the biggest thing people notice is how you handle yourself during those moments. How do you handle getting punched in the chin? I maintained my composure and sought solutions. I believe it’s why people trust me behind the boards now. My patience and composure.

Alright – so let’s talk business. Tell us about Nice Vibe Recordings – what should we know?
Well, my Bread and butter is Recording, it’s how I got my foot in the door. That’s definitely my strong suit. I love capturing the moments when artists are their most vulnerable. My pipe dream is being a movie director and when you watch documentaries on the Spielberg and all the top guys, they always mention how keeping the cameras rolling after takes is where a lot of the magic comes from. So I apply that same theory as a recording engineer. I’m always recording, if they ask me “did you get that?” I’m already playing it back for them to hear and artists love that, not every engineer take those kinds of considerations and are just pressing record and not really diving into the art.

As I’ve accumulated years of experience and TRUST, I’ve been a lot more vocal in sessions with .Paak. I’m not scared to tell him to do a takeover or change a line. He’s even trusting my opinion more with song selection when it comes to albums/projects. He can trust that I’m not gonna be a yes man to him. I appreciate him allowing me the space for that, cause it isn’t typical for someone in my position to have that kind of input.

Any shoutouts? Who else deserves credit in this story – who has played a meaningful role?
So many people have been instrumental in my journey. Firstly my momma, she brought me to this country in 1990 during a civil war back in El Salvador, where I was originally born. That woman uprooted everything to give me this opportunity. I’m so grateful for.

My Girlfriend she was there rooting for me from the jump, she helped me with financial aid paperwork to initially go to college and was there by my side when we walked up to accept our Grammy wins. That’s my rock.

Mike Donaldson, for giving me the fundamentals. Teaching me the ins and outs of pro tools and how to maintain your cool when things get crazy.

Jean-Marie Horvat a legendary mixer that taught me to mix with the heart but also to look out for the shady folks.

Gary Leon and Shawn Barron, these guys gave me my first consistent gig as an engineer. And although I probably annoyed em at first at how slow I was, they always went to bat for me. Love those guys.

Carrie Lyn, she reached out to me at a time where I was too scared to jump from my comfort zone. That’s my big sis. Wouldn’t have connected with .Paak if not for her.

Lola Romero, she held me down when me and .Paak first started going over to the Aftermath studios. She’s a wizard and I couldn’t have done that work without her support.

Krystal Miles that’s my dawg! She’s the right hand to Anderson .Paak and really between me and her we spend the most time dealing with A.P on a day to day basis. We are each other’s support system navigating through this whole thing. She keeps me sane when we are challenged the most.

Lastly, I gotta shoutout the boss man himself Anderson .Paak, his trust and push really drive me to be the best. We fight like brothers, get on each other’s nerves but we always get thru and find that gem and it’s a trippy experience. Love that guy. 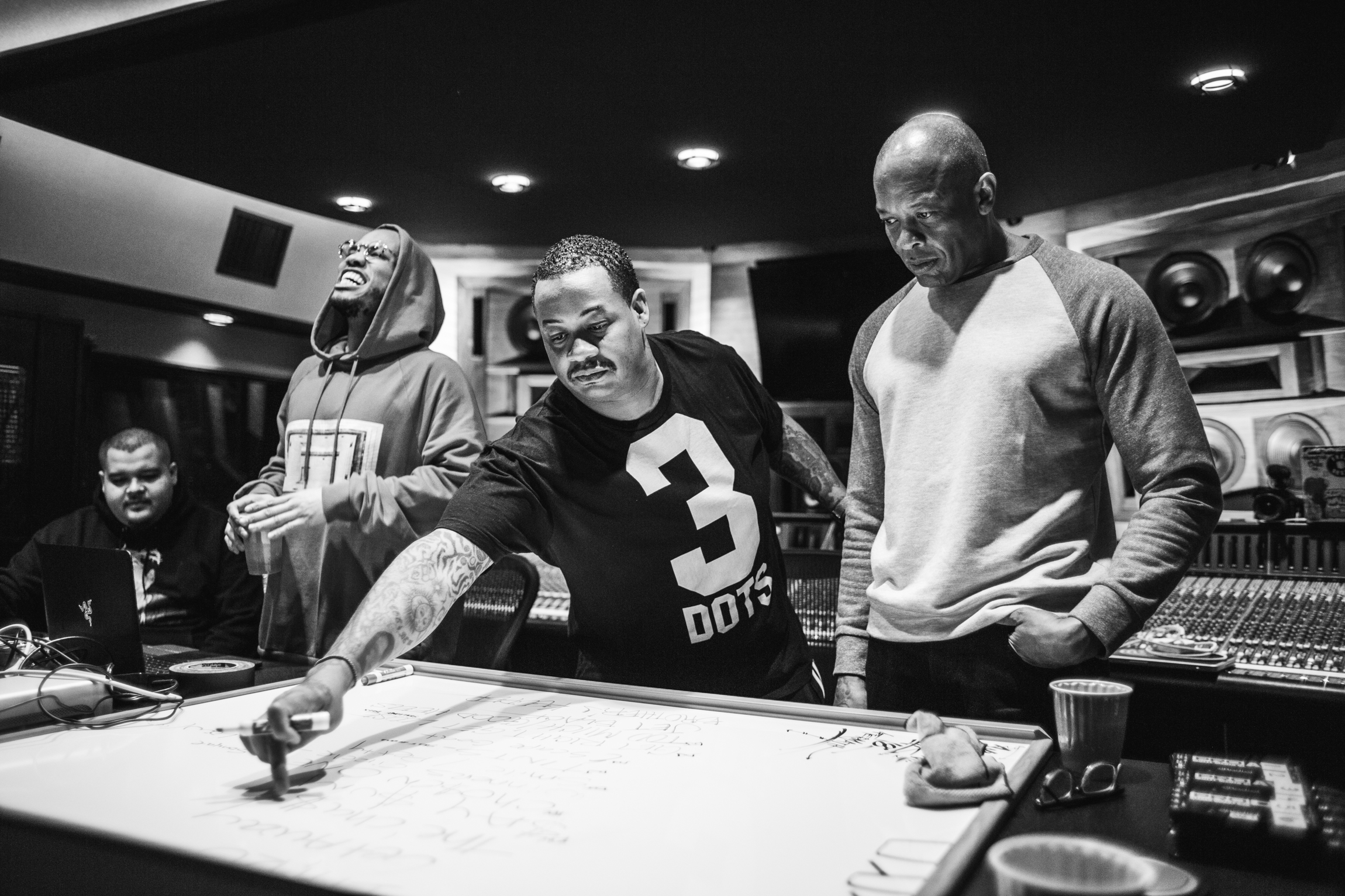 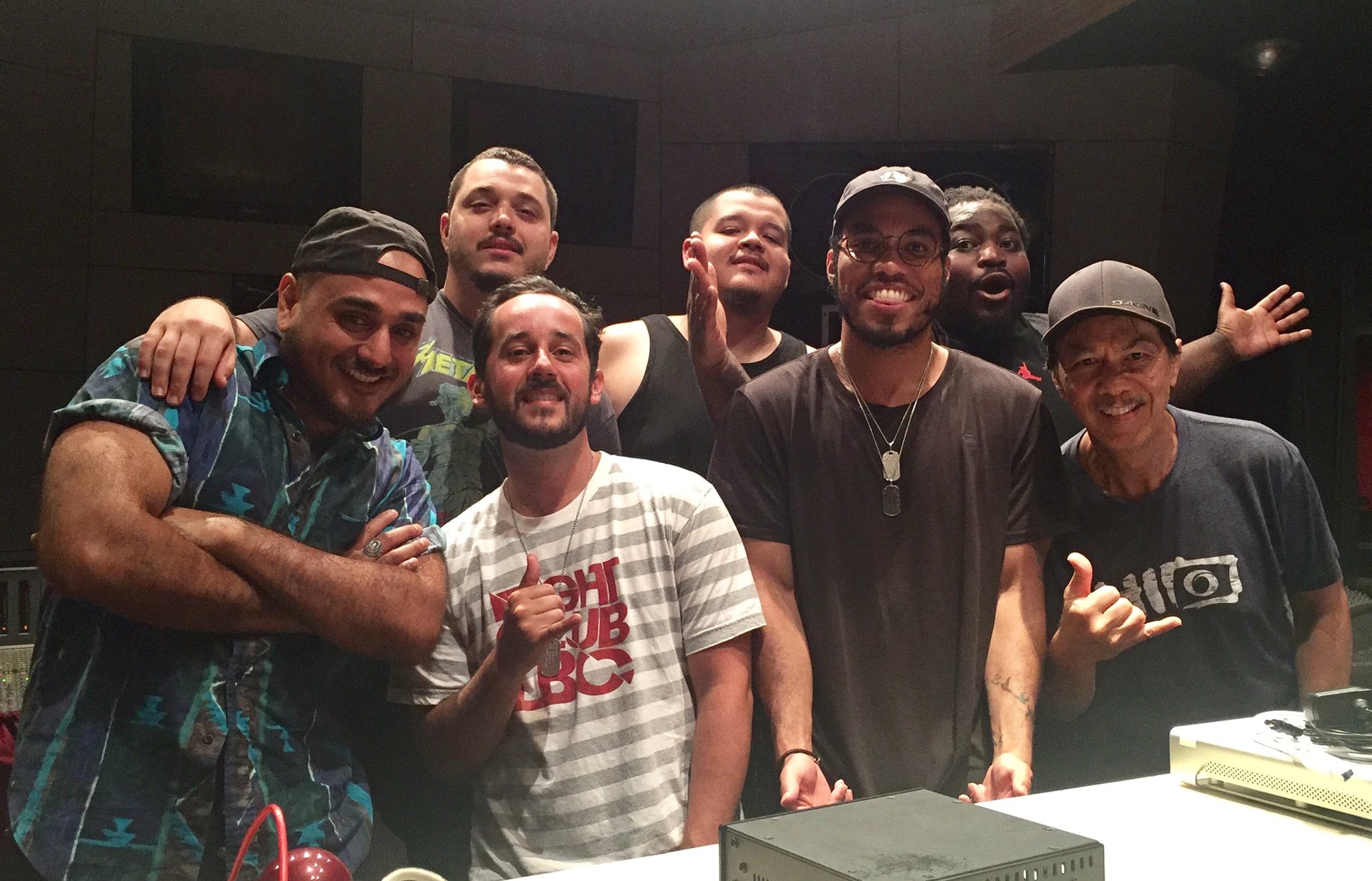 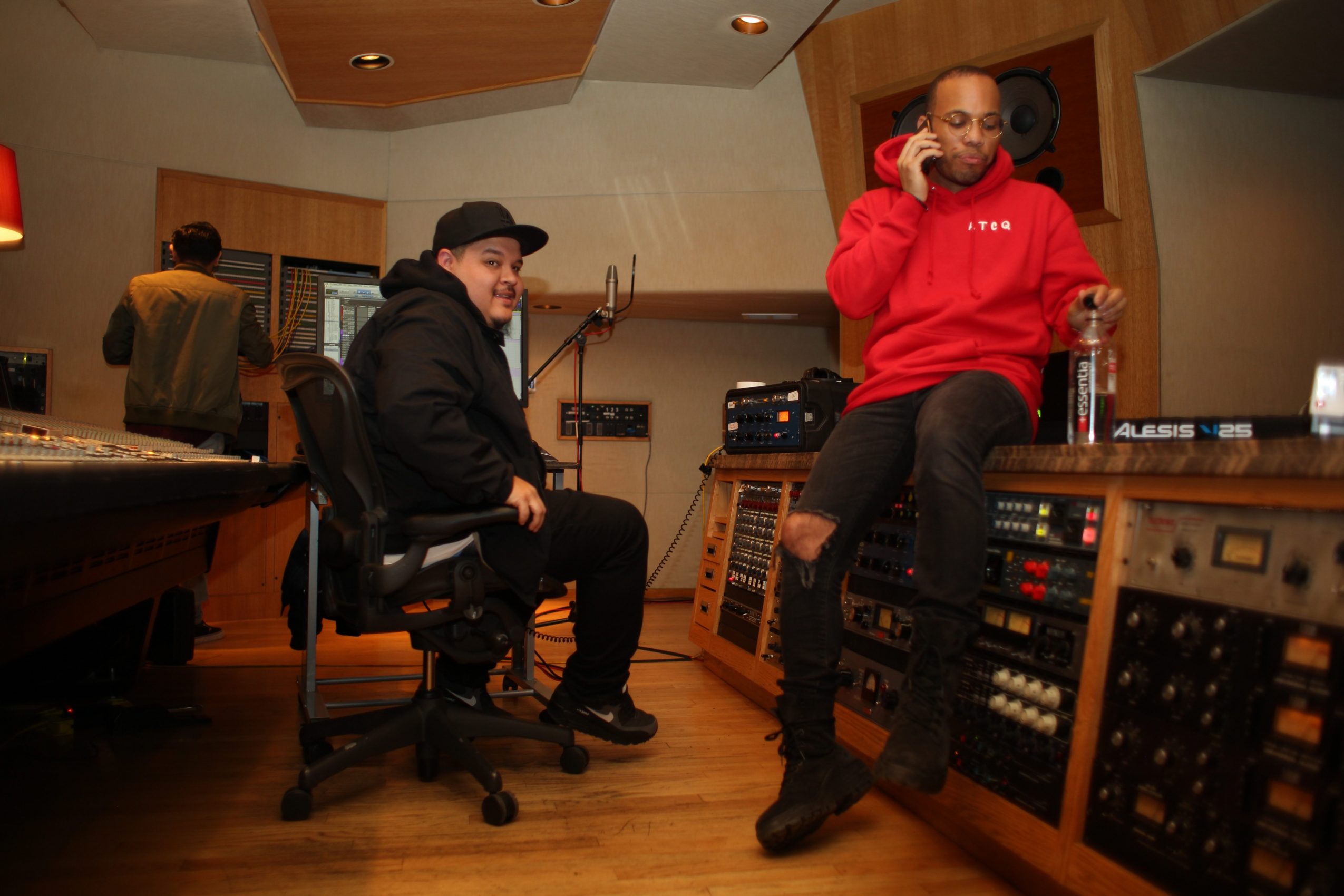 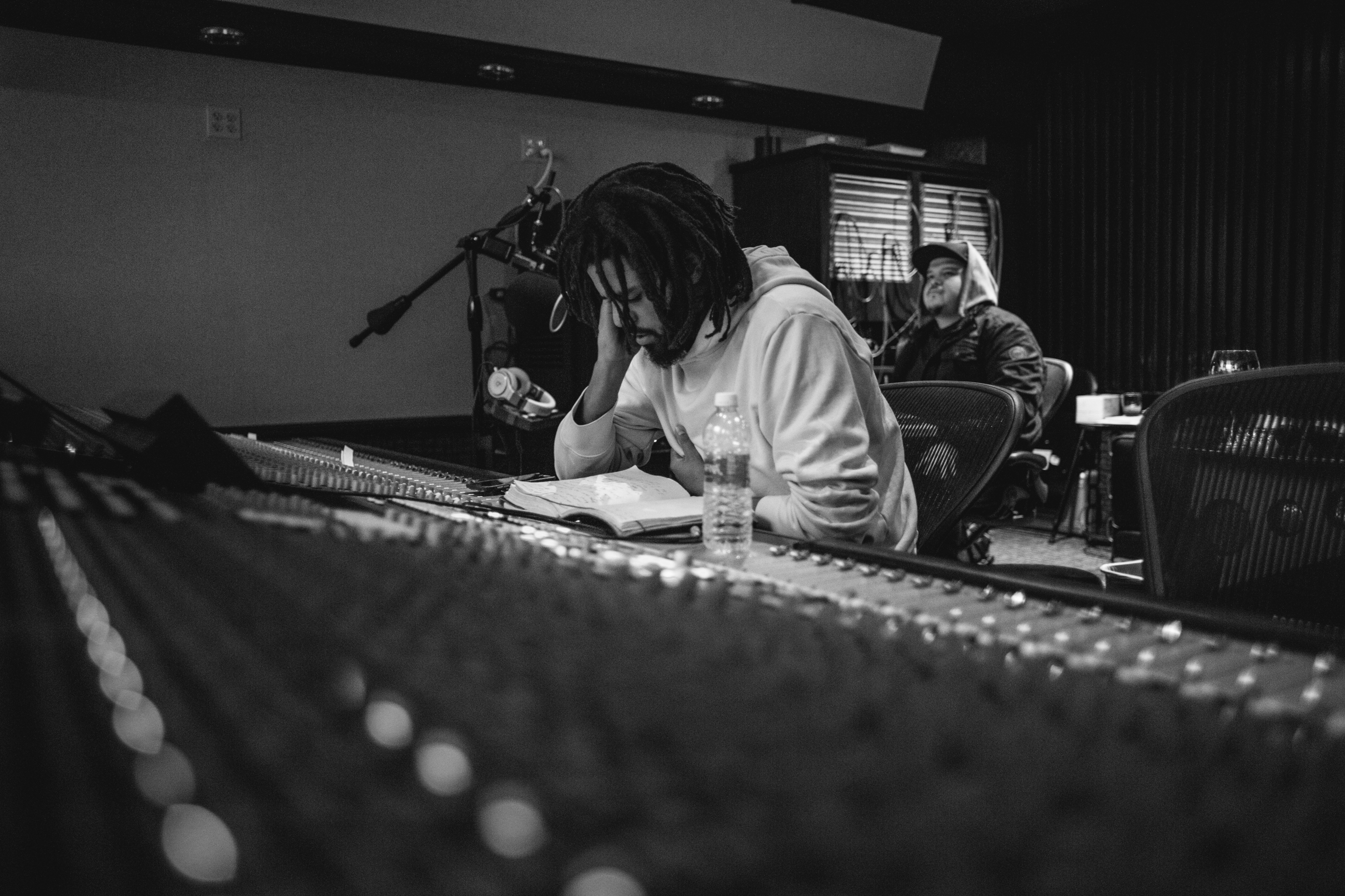 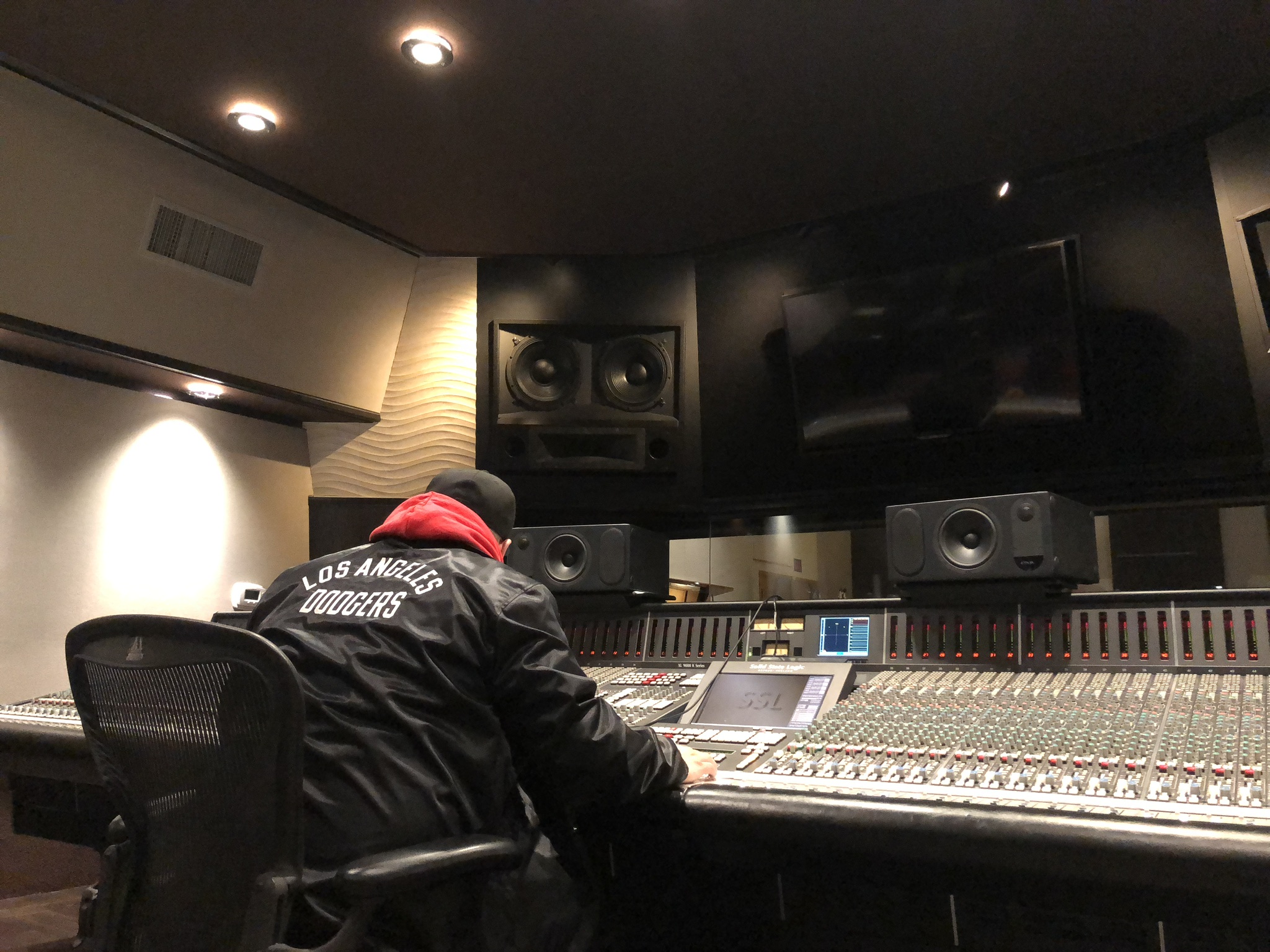 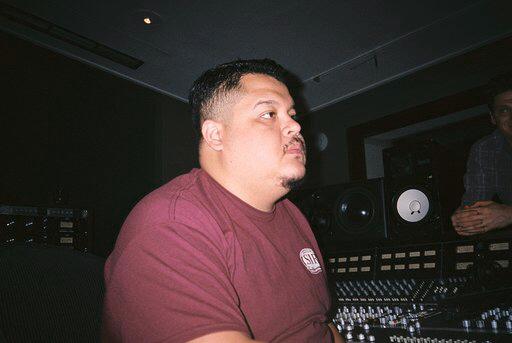 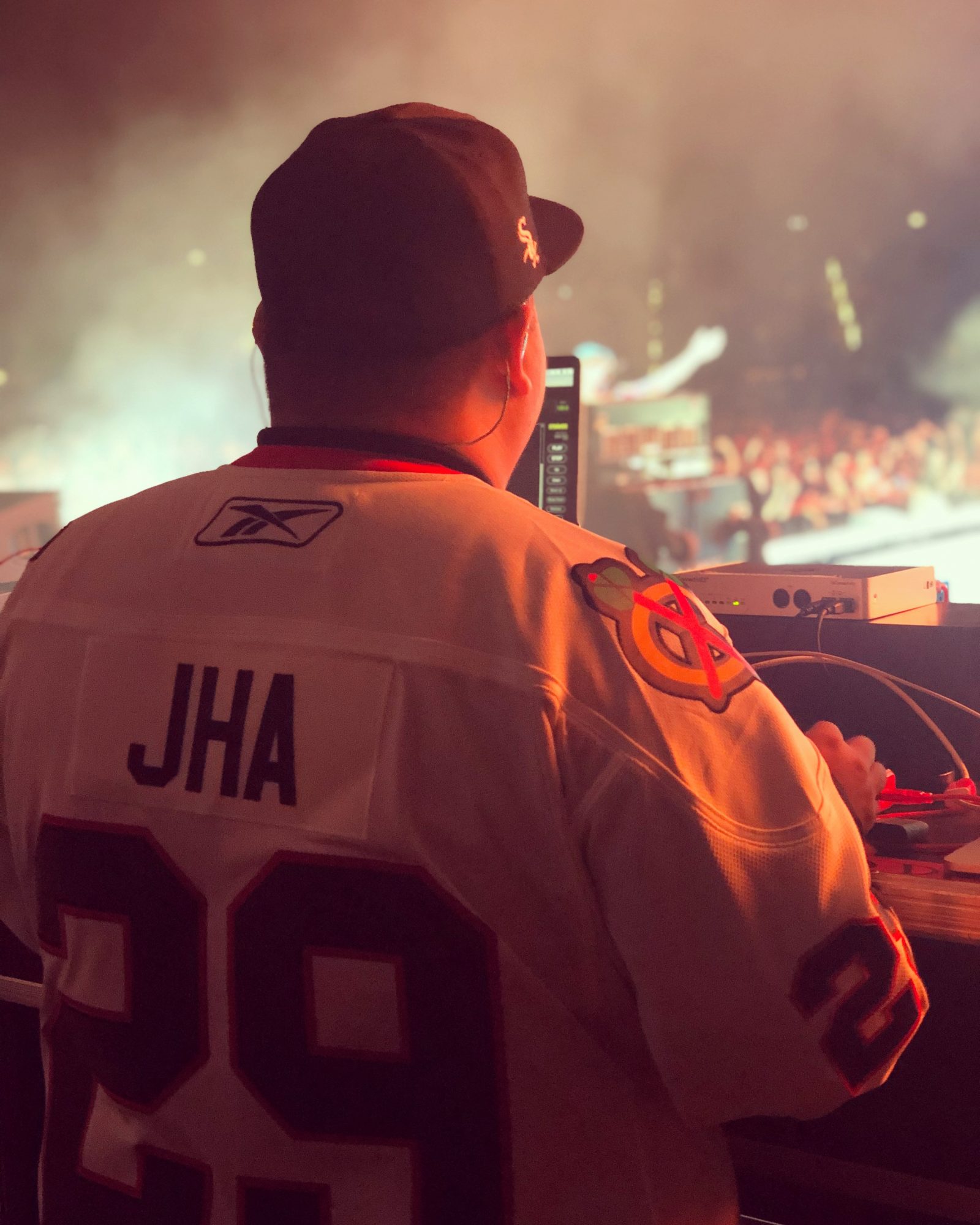