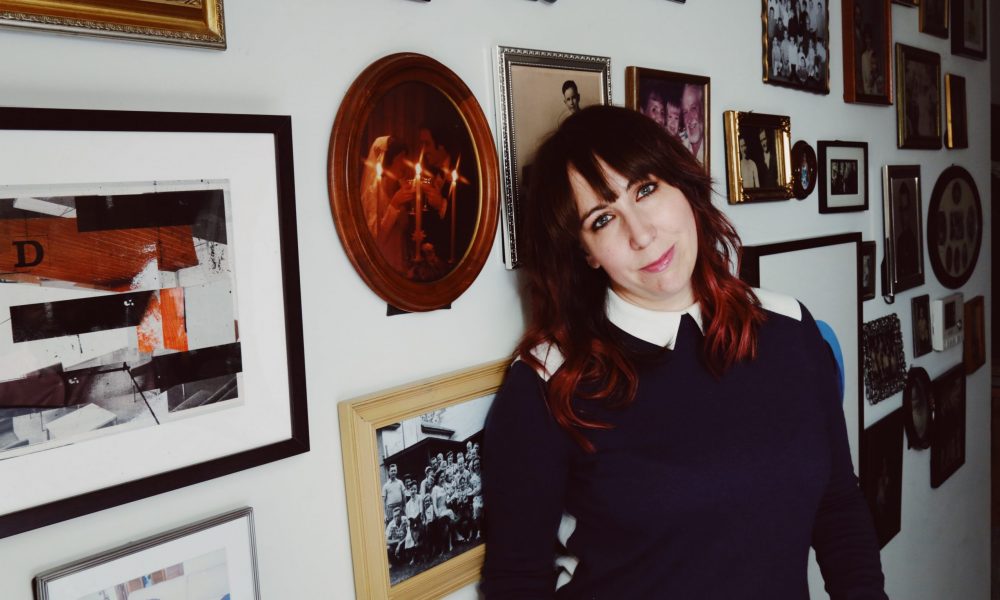 Today we’d like to introduce you to Jessica Ryan.

Thanks for sharing your story with us Jessica. So, let’s start at the beginning and we can move on from there.
I’m a recovering polite midwestern girl from Kansas City, Missouri who’s been happily bi-coastal for the past seven years (I’ve been in NY for 16). I’m pretty sure I was never meant to be in the arts – my parents told me I was without a doubt, the WORST kid in dance class at three years old. But apparently I just refused to give up (some habits start earlier than others) and I miraculously managed to become a professional dancer for the first part of my career.

I also latched myself on to my grandparents as a kid- they worked in the theatre and I used to make them let me go watch rehearsals. So, when it was clear that I couldn’t dance forever (lost my knees in the war), theatre was the next natural step for me. I got my equity card understudying the original Cassie in A Chorus Line, Donna McKechnie. She actually got sick while the show was being reviewed and I had to jump in without any rehearsals. I somehow did not shit my pants and was reviewed fairly well, which is a miracle when someone is expecting a Tony Award winner and gets a 23-year-old unknown instead.

In my late 20s, my boyfriend at the time was transitioning from being an actor to a screenwriter and came to LA. Not unlike my three-year-old self in dance class, I decided to throw myself into Los Angeles and teach myself about TV, Film and digital content. LA brought me a voiceover career, commercial agents, producing opportunities and a crash course in digital content-making (plus an apartment bigger than the size of a cardboard box, huzzah!).

A lot has changed since 2012 when I first discovered my love for LA, but I’m proud to say I still go between both cities. I act and direct for theatre. I’ve written for some of the biggest companies in the world including Amazon and GE and some of the most inspiring people in the world, including the Crown Prince of India, Manvendra Singh Gohil, and Monica Lewinsky. I’ve directed digital content with Tituss Burgess (Kimmy Schmidt) and Kirstin Maldonado (Pentatonix), voiced spots for Starbucks and Old Navy and (most importantly) I once sang a jingle for an adult superstore in North Dakota (true story, Annabelle’s, look it up).

I’m also the founder of two mission-driven companies: Broadway Unlocked, a non-profit re-inventing the way we strengthen the arts by bringing together the people, resources, and ideas needed to make tech innovation accessible to all theatre institutions & makers; and misterdangerous, a B Corp that develops technology and media.

I think sometimes people have a hard time understanding exactly what I do and how I do it, but for me, it’s really simple:

I passionately believe in the power of storytelling to change the world. And I am obsessed with making sure those stories are heard – by our ears and our hearts.

That’s it, plain and simple. For some projects, I can best make that happen by being a director. Sometimes it’s by acting. Sometimes, writing, producing or creating companies. The best part is – being ambidextrous in that way has allowed me to always work, to always be generating and creating things, to keep both of these wonderful cities as my home. And I wouldn’t trade it for the world.

Great, so let’s dig a little deeper into the story – has it been an easy path overall and if not, what were the challenges you’ve had to overcome?
I literally guffawed out loud when I read that. Let’s see:

• Mom was an alcoholic. You know that big show I got my Equity card on? I had to ask to leave rehearsal for the biggest job of my life to go to an intervention for my Mom (You just don’t do that. Luckily, they are the best folks in the biz and let me go)

• Mom died when I was 28. Funny enough, I was doing a production of A Chorus Line at the time. That fucking show. I spent a lot of time in the ICU on my off-days. In the indie movie of all this, there’s definitely a montage where I’m trying not to sob and spouting ridiculous musical theatre lines as I sit next to my dying mother memorizing lines. I swear to you it’s actually pretty funny.

• Dad died unexpectedly when I was 32. I got to spend a surprise 18 months back home in Kansas City, settling the estate and renovating/selling the house we grew up in, which was approximately, oh I don’t know… 100x bigger than both my NY and LA apartments at the time, combined. Did you know there’s no super when you own? 🙂 Every day, I’d stand in the middle of that giant, lonely house, hear something crash, trade a tired glance with my chocolate lab and wonder what I’d get to learn how to fix that day (spoiler alert, it was usually the garage door or the fucking hose winder thingy in the back yard).

• My boyfriend of five years broke up with me one month after Dad died. C’MON.

• At the moment, I’m entrenched in the gift of all the challenges that come with being a female entrepreneur, particularly in the tech space. Which makes all that stuff ^^^ look like child’s play.

The good news is:

A) As one of my mentors says, “Girl, no one got famous without being a little fucked up.”

B) There’s this great gift you get, being an artist – somewhat to my mentor’s point, you find out really early on that your talent is indelibly tied to your grief, pain, loss… the list goes on. And you have this beautiful opportunity to take all that awful stuff and re-purpose it into something beautiful that you can put into the world. I hate to repeat myself, but that really is an incredible gift and I think it’s why I sort of relish challenges and am decently zen about all the stuff that has happened in my short life. Can’t untie it from all the things I create. You just move through it, try to keep a sense of humor…. and then use the fuck out of it.

Alright – so let’s talk business. Tell us about Broadway Unlocked & Misterdangerous – what should we know?
Take a moment, if you will, to think of all the industries that have been revolutionized by technology: travel, filmmaking, small business…. there’s an actual Forbes article from 2018 called: How Technology Is Driving Change In Almost Every Major Industry. Tech is the key to evolving and thriving in our rapidly changing world – right?

There’s also a Forbes article from this year entitled: Why The Arts Are The Great Unappreciated Engine Of The U.S. Economy. It points out a statistic most people saw around that time: our industry contributed 800 billion dollars to the economy in 2016, the most recent year of the Arts and Cultural Production Satellite Account report.

Cool, cool, cool. So, now, let’s think about how technology has transformed the theatre industry. You’re probably thinking about on-stage technology. Dynamic ticket modeling, marketing software. All of these things are lovely and have certainly helped to evolve commercial theatre. But what about the other 85% of theatre institutions and organizations that drive our local economies? The theatres where you went to camp and your life changed, where New York comes to you without having to leave your city, where you give your end-of-year contribution to support work that makes your community bright and vibrant.

They are non-profit. And they’ve been left behind.

There’s a couple of reasons for that – in most instances, theatre purposefully does *not* scale so bye-bye investors. Most theatres are grant-funded and they come with restrictions that definitely do not allow for technology spending. If you haven’t noticed, theatre people can be a little, shall we say, adverse to technology (understandably). And a lot of technology is simply financially out of reach for most theatre-makers.

That’s where we come in.

Broadway Unlocked is re-imagining the way we strengthen the arts by bringing together the people, resources, and ideas needed to make tech innovation accessible to all theatre institutions & makers.

From establishing an early and essential connection between technology and the underlying foundation that powers all innovation – creativity – through The Bridge Program, in partnership with MIT Media Lab’s The Clubhouse Network; to our #TechTheatre Fellowship, which provides qualifying theatre companies assistance to develop, implement and make a case for integrated technology, to the #giveback concert, where technology and theatre collide for good, we’re building an unshakeable foundation on which live theatre will thrive and grow, fueling our communities, economy, and culture.

At the end of the day, we believe in the power of the arts, plain and simple. We know first hand what possibilities lie in purposeful technology built to help connect, amplify and strengthen an industry. And we are the key that makes it possible to unlock that potential for all live theatre-makers, institutions and the communities they serve.

Is there a characteristic or quality that you feel is essential to success?
• Willfully stubborn
• Insanely passionate
• Wildly curious 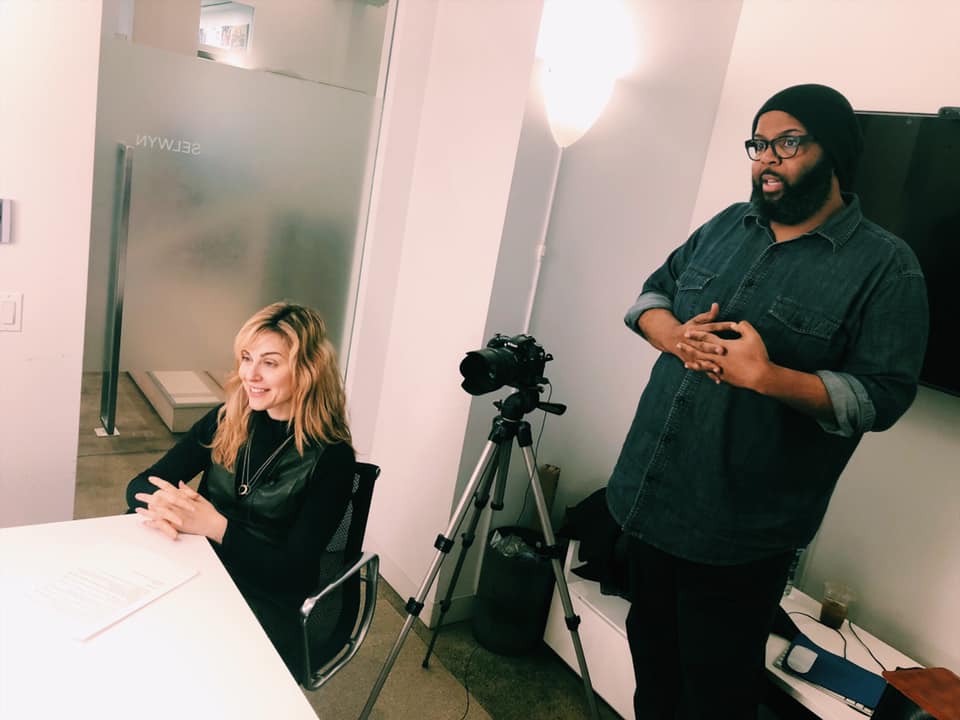 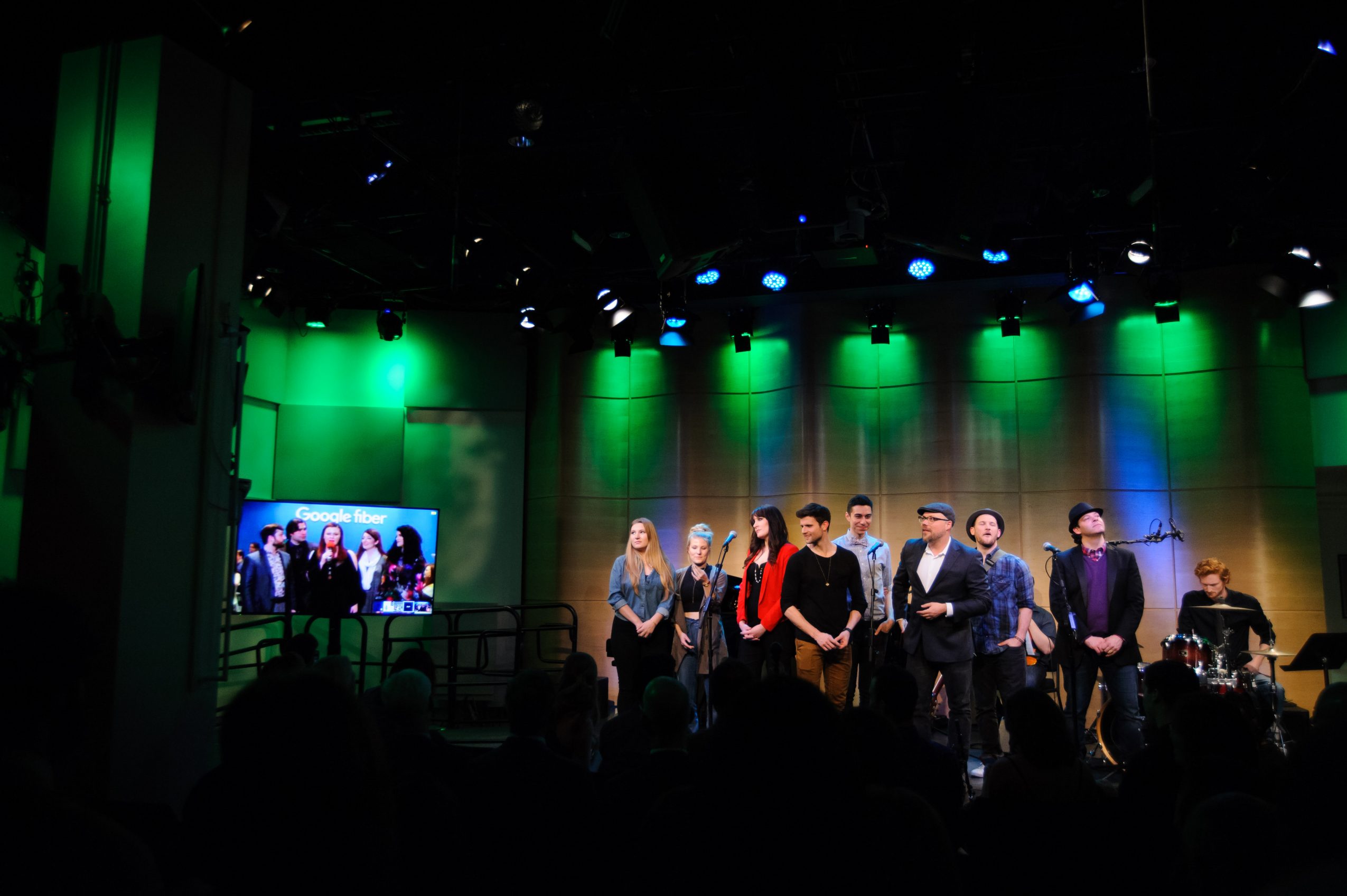 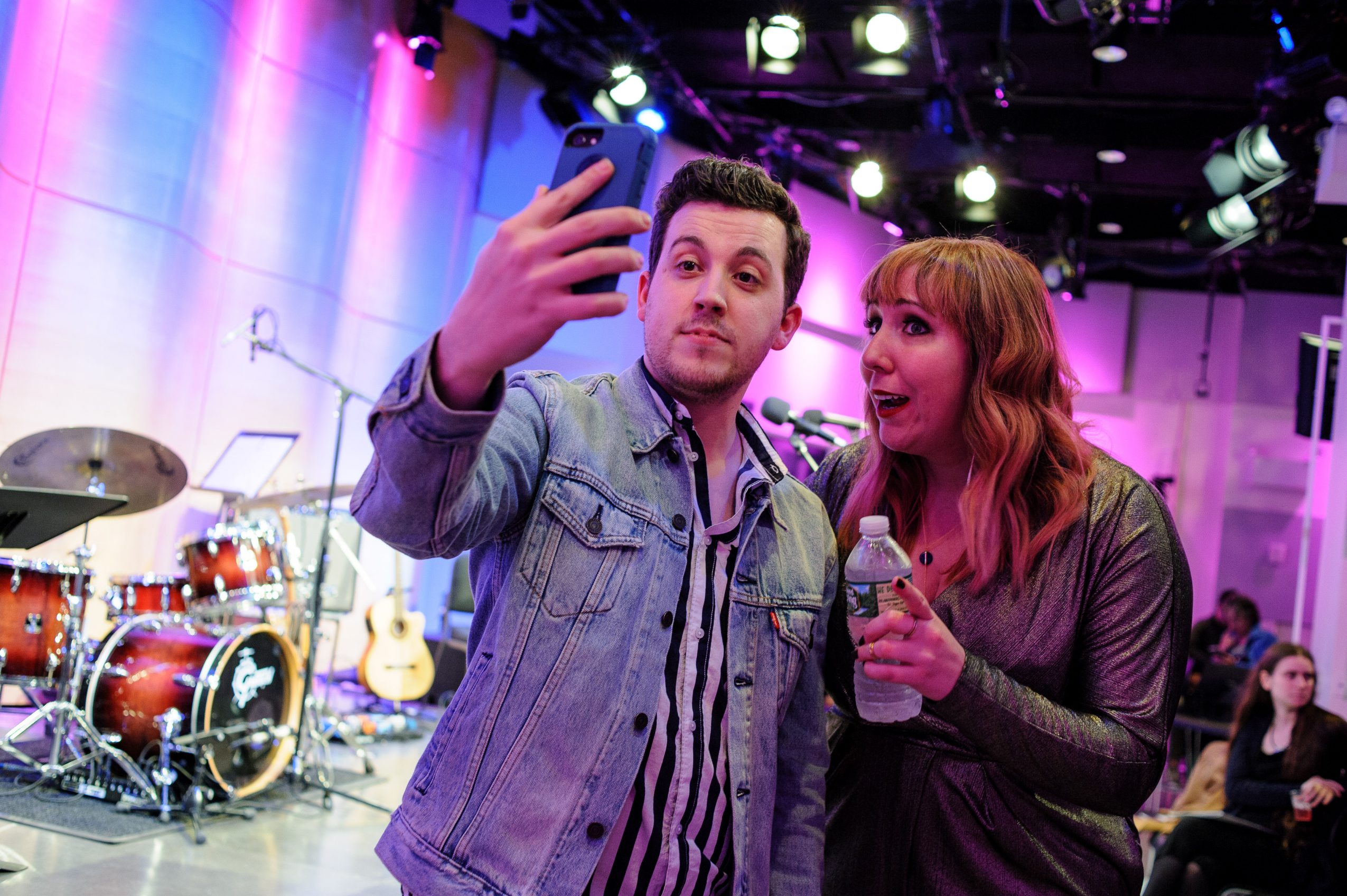 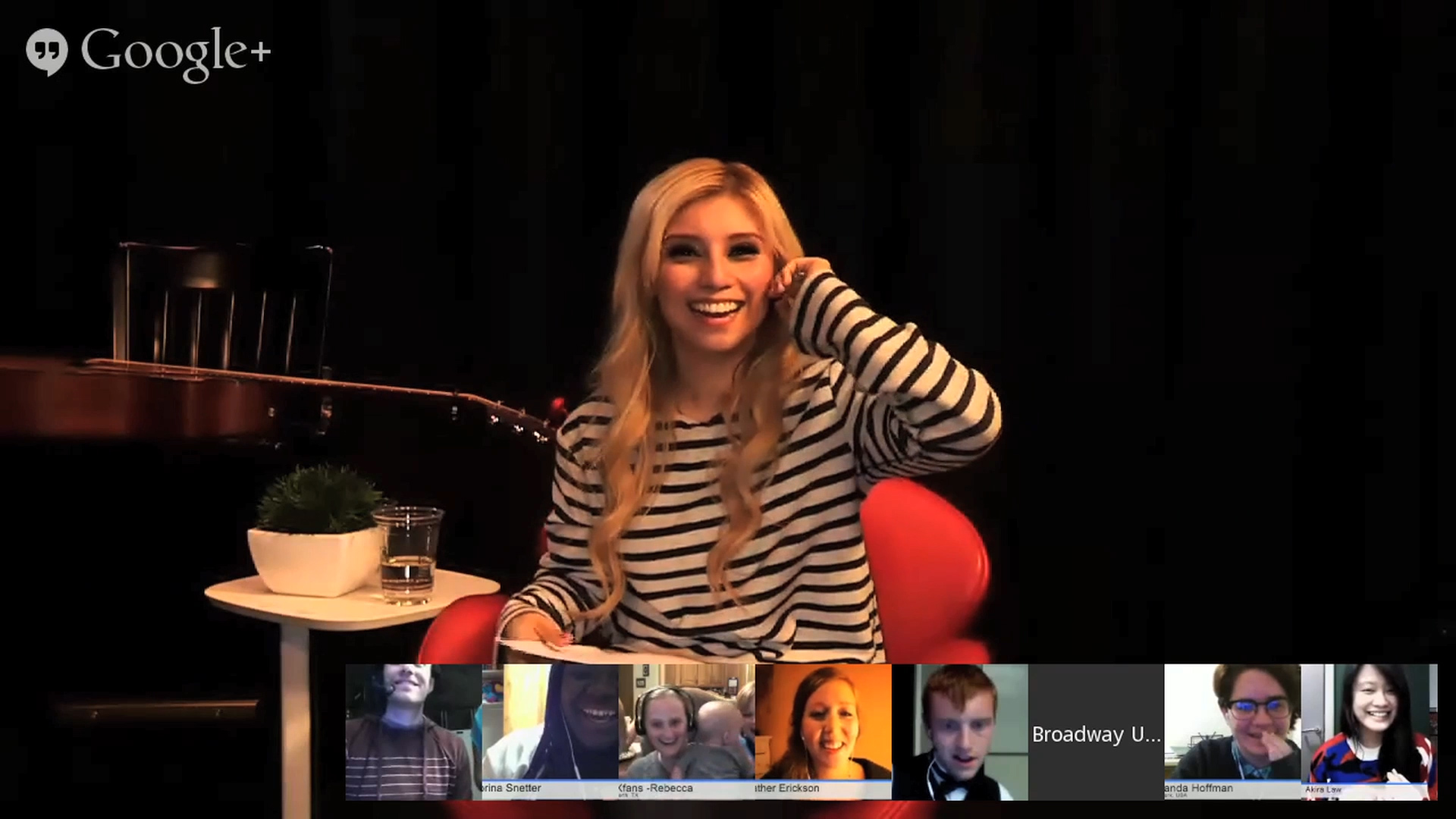 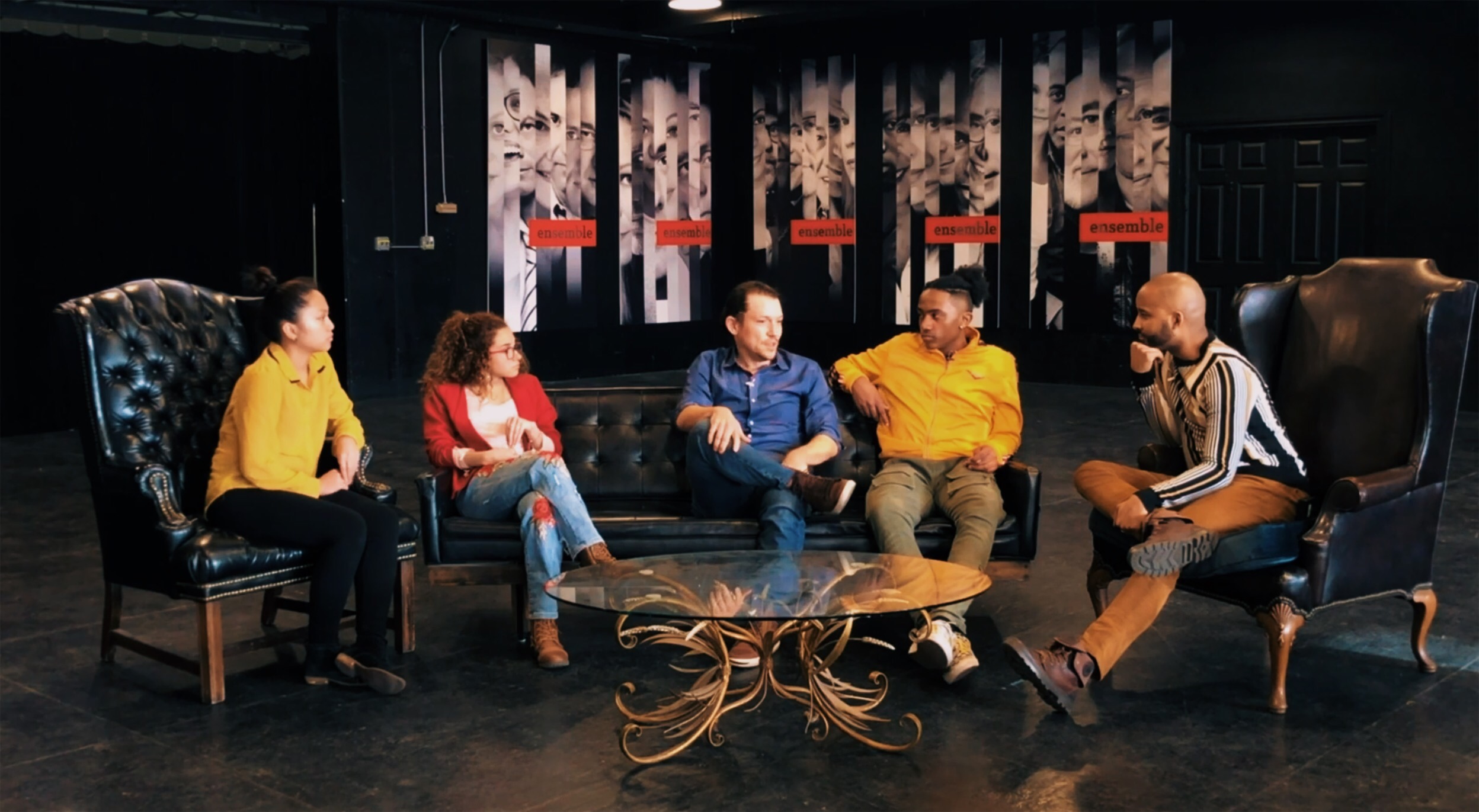 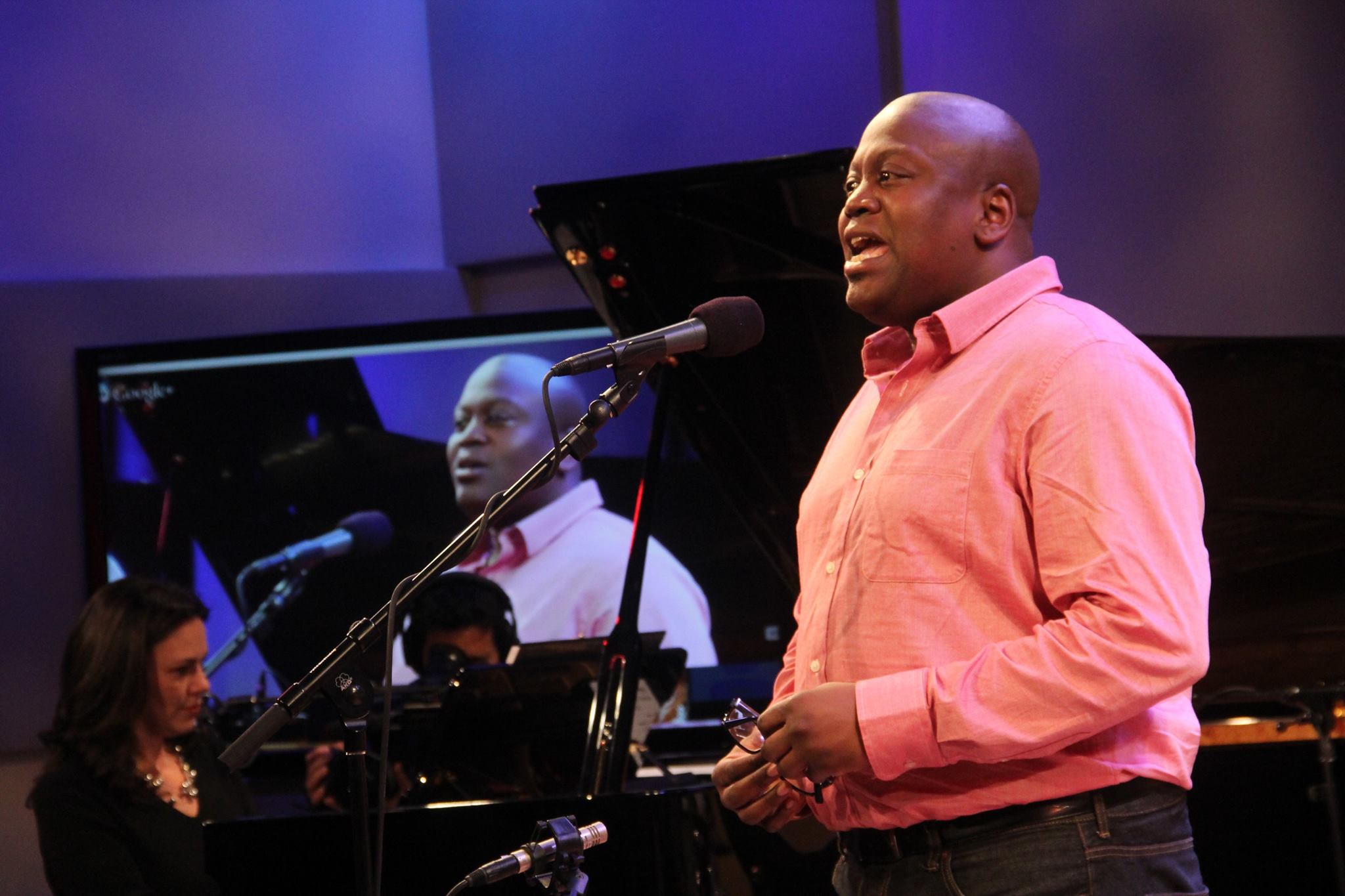 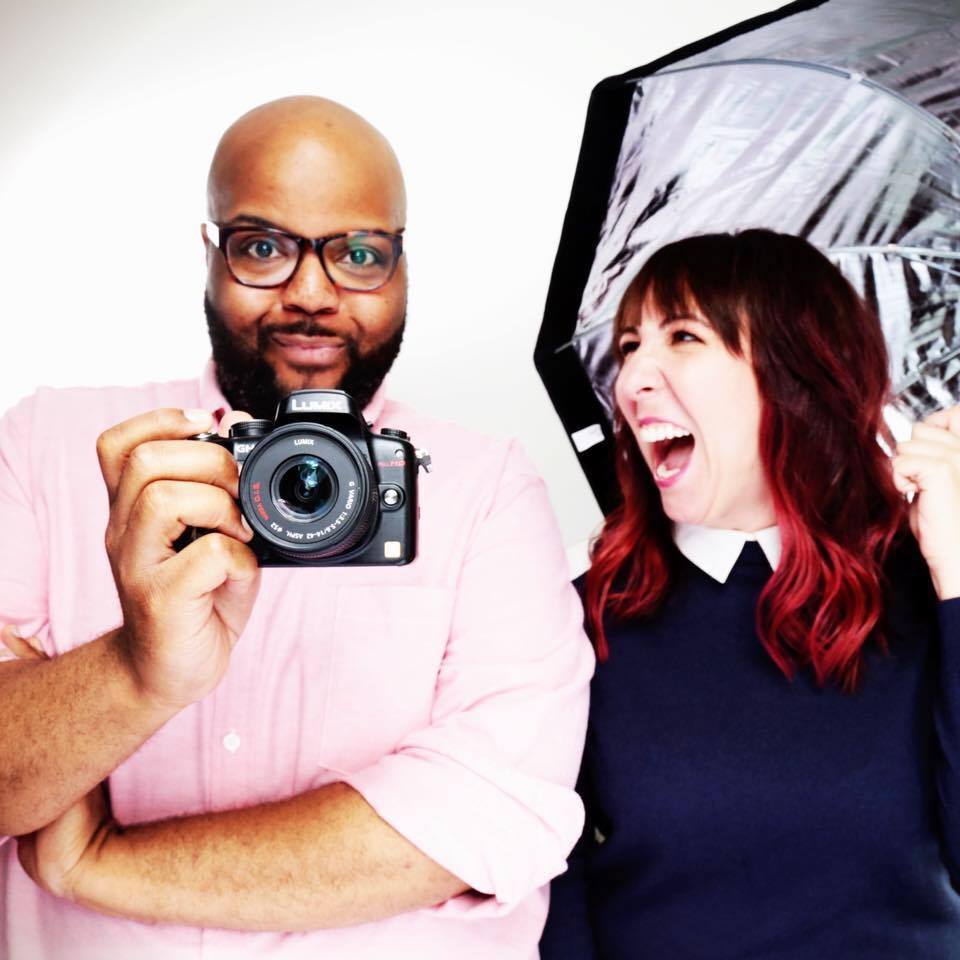