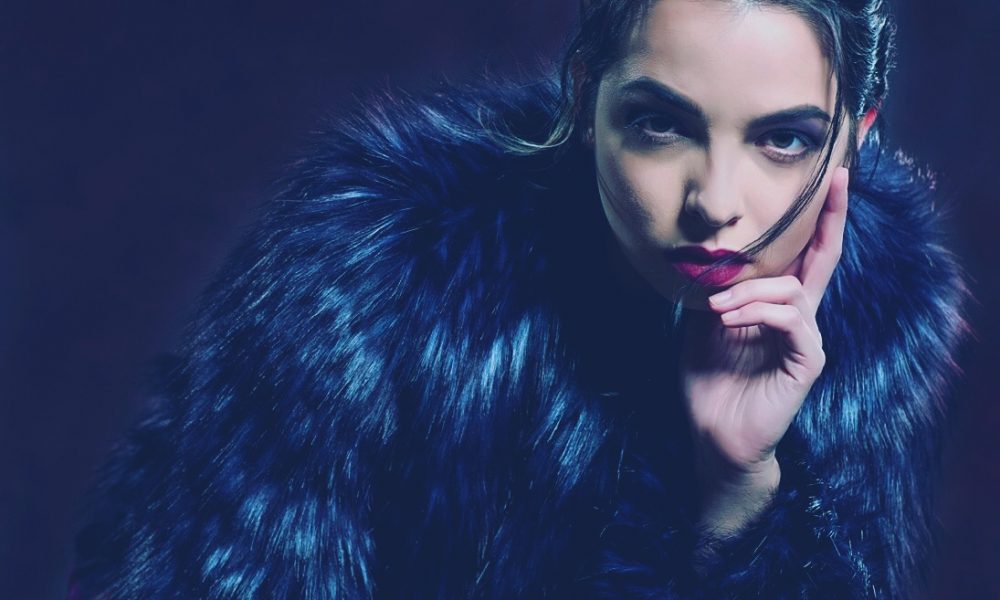 Today we’d like to introduce you to Jessica Rose Plaza.

Jessica Rose, can you briefly walk us through your story – how you started and how you got to where you are today. I grew up in North Philadelphia, with my mother, Lisa Matos and my siblings, Lauren and Christian Plaza. My mother was pregnant with me when she met her now husband. He adopted me, and I learned to rewrite my last name in the first grade, forgetting altogether that I had three older siblings and a biological father. I grew up believing her husband was my real father, until I was in the 6th grade. I went through an old trunk of photos that my mother kept hidden and found a photograph of other children who looked like me. I am Puerto Rican, Filipino, & Italian. I have long black hair, green, eyes, and a fair olive complexion. Everyone else has brown eyes, brown hair, and darker skin tones. I suffered abuse from both parents, and still managed to get through school every day. I managed to find love in writing poetry and stories, as well as acting on a stage. I wrote in every accounting class, during every lunch period, under the covers when I was supposed to be sleeping, I tried out for every school play, went to modeling/acting school on the weekends that I paid for with money I earned from answering phones at a Pizzeria. I am the first person on my mother’s side to ever graduate from high school and college without ever failing. I have two Bachelor’s degrees from The New School University in New York City: one in Creative writing with a focus on Non- Fiction and one in Acting/Theater.

All of this came with a lot of heartache. I had to steal food from supermarkets in Brooklyn in order to survive in college, I had to do my homework so I had to steal my books too. I didn’t have parents that cared about me. I ran away at 16 years old, and slept on sofas, and jumped around a lot until my mother’s step mother took me in and gave me somewhere warm and safe to sleep. I continued to go to school, continued to act and write all that I could, and eventually it paid off. Where I come from, girls my age are pregnant by 15 and have at least 3 kids by the age of 21. I chose learning instead of finding love in boys, and it made me someone I loved. The first college I got into was called, Rosemont College. I met wonderful people there, and had success with my writing, but not with my acting. I wasn’t being fueled enough. So, I applied to schools in New York City: NYU denied me, and Eugene Lang The College of Liberal Arts accepted me. I worked my ass off to get into that school. The first night I got there I cried out of fear, but I was happier than I had ever been. I went on to create a performance art group with two other performers. We performed every Wednesday night at a small black box house and bar in Brooklyn called, “Bizarre Bar”. I went on to leave New York shortly after graduating. I moved to Wilmington, Delaware where an aunt let me live with her to save up money. I wanted to Move to California and audition for films and Television. I had $100 to my name, and I worked three jobs, 7 days a week. My main money maker was a diner called, “The Hollywood Grille” on the side of Route 202, a main highway that ran through Westchester, PA. Now that I think back, I had my doubts if I would ever get out. I’d cry while refilling the salt & pepper shakers, and scrubbing soup pots, but I did it.

I moved to Hollywood 9 months later and shared a mattress on the floor with an old friend. I got a job as a copy editor and started auditioning as soon as I could. I’ve auditioned for commercials and print, but not a film I really envisioned myself in yet. So, I am working until I get what I desire. I did some voice over work for a project that was just shown at The Sundance Film Festival called, “Battle Scar”. Virtual Reality has become a genre I have learned a lot about and find very interesting. I also just shot something with “This Bar Saves Lives”. It’s a beautiful organization that gives food aid to Haitian children and mothers with every purchase of a granola bar.

We’re always bombarded by how great it is to pursue your passion, etc. – but we’ve spoken with enough people to know that it’s not always easy. Overall, would you say things have been easy for you? There is nothing smooth about my journey. Aside from the abuse going on in my home as a child, I had to get through high school, and maintain a sense of confidence and self-assurance, which seems nearly impossible to do on your own at the age of 16. There has been a lot of fear, but there has also been faith driven risks that have had great outcomes. I was lucky enough to have teachers and a few aunts who paid attention to me and validated me in my work. They gave me time, read my stories and came to my shows. They gave me hope just by showing up. I struggled with feeling like an orphan even though I knew who my parents were. I struggled with not knowing who I was and having to figure out where my three siblings were at the age of 12. I found them in a grocery store while picking out peanut butter. It was magic and a miracle for sure. We now have close relationships.

Choosing homelessness and couch surfing over abuse was a leap of pure faith. I have done most things in my life on my own. Which hasn’t been a problem, just being alone sometimes turns into loneliness. I live in survival mode. Since moving to California, I’ve had to force myself to slow down and sleep. I mentioned in the beginning that I grew up with two siblings. Running away took a toll on me because I knew I was leaving them behind in turmoil. I protected them, and when I fled, they were left vulnerable and forced to fend for themselves. I struggled with the feeling of abandonment for children that weren’t mine.

Going to college in New York City was one of the greatest decisions I have ever made. I wouldn’t change anything about it. It was difficult, but I managed to survive alone and make friends that brought peace and laughter into my life. I was thrown into conversations and debates I had never had to think about before. At the time, I was at the peak of my academic education. I took everything I could from it. Being from North Philadelphia, not many girls get out and are confident enough to believe they are special and capable of pushing boundaries and limits.

So, as you know, we’re impressed with Jessica Plaza – tell our readers more, for example what you’re most proud of as a company and what sets you apart from others. I act and I write. I am my own business. I do my best to learn the ins and outs of self-advertising, and promotion. Social media is my biggest tool. My personal handle is @onlyattheplaza and my creative writing handle is @mommymydearest . Acting wise, I specialize in dark comedy and drama. As for writing, lately it has been a lot of poetry. I am working on publishing my first book. I would like to have it done by the end of this year. It would be a lovely accomplishment and milestone. I am known for both performing and my take on Non- Fiction. I have written historical narratives on people’s drug habits as it pertains to the miscellaneous drugs that course through the world and the United States. I am proud of both my performances and my works of writing. Both go hand in hand and have made me a better person: a more well-rounded, determined, loving, and empathetic woman.

What sets me apart from others in my performance is my training and commitment. I have trained with the some of the most talented artists in the country in New York City, and bringing all of my acquired knowledge to Hollywood has only paid off in the most satisfying sense. Training is a must. It keeps you disciplined. What sets me apart in my writing is my ability to transcribe pain and other human emotions into a portrait for an audience to dissect — without being over the top because I’m a straight shooter.

So, what’s next? Any big plans? My plans for the future are to participate in films and television series that involve life-altering, informative themes. It is my dream to change the minds in this country through perspective. I believe I am more than capable of forcing a blind eye to see things it wishes not to. I am planning on publishing a book of writings in the near future. 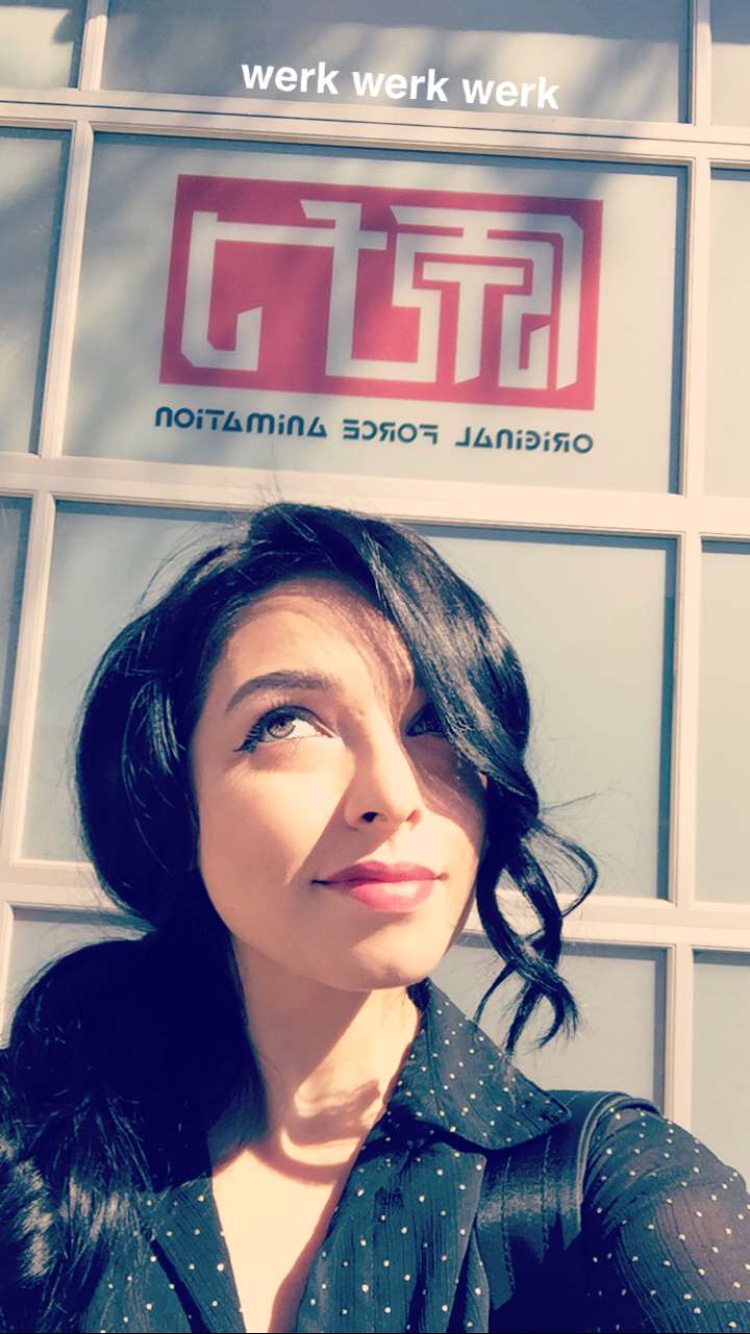 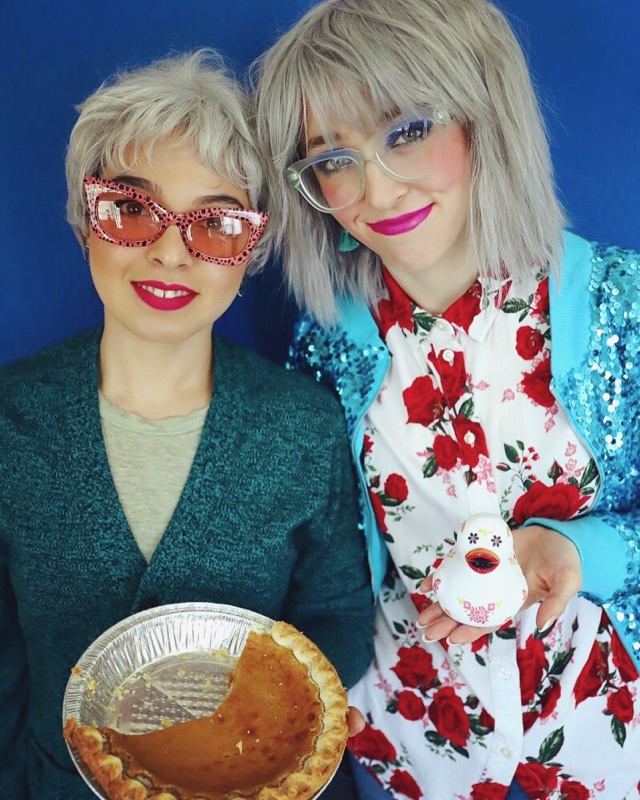 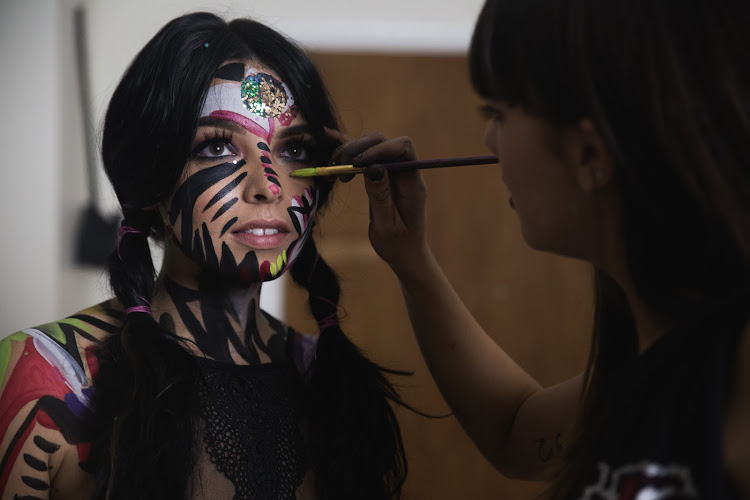 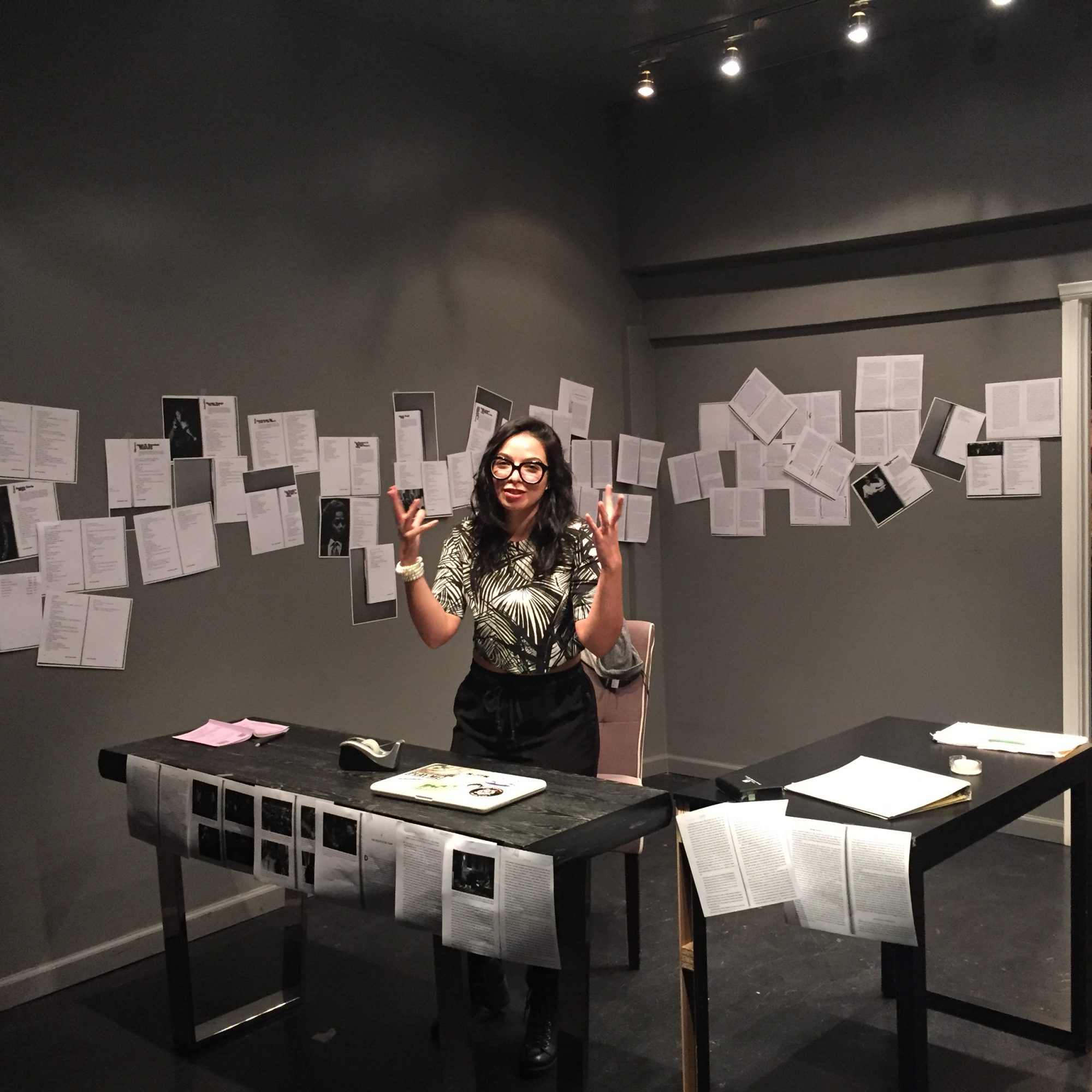 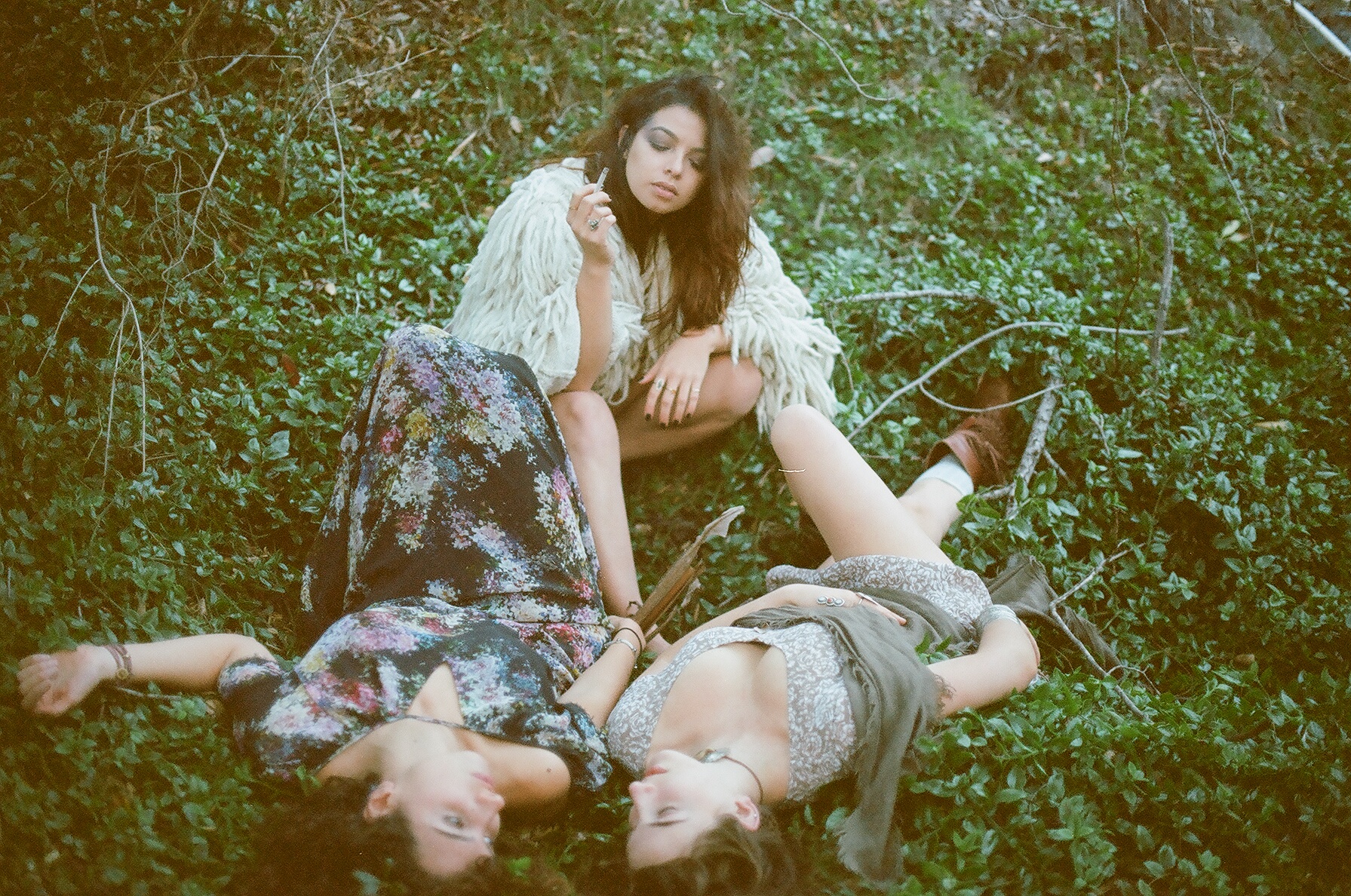 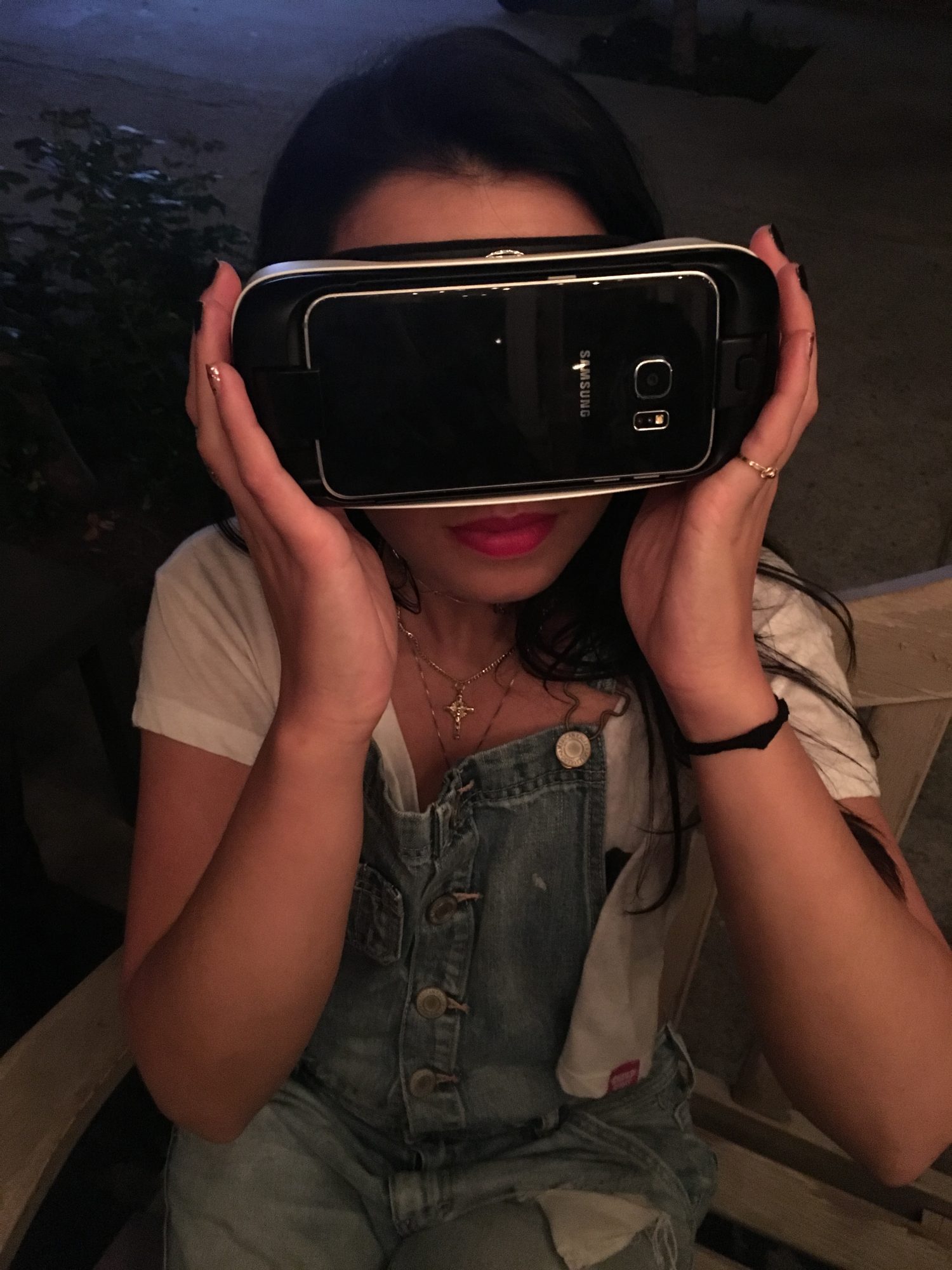 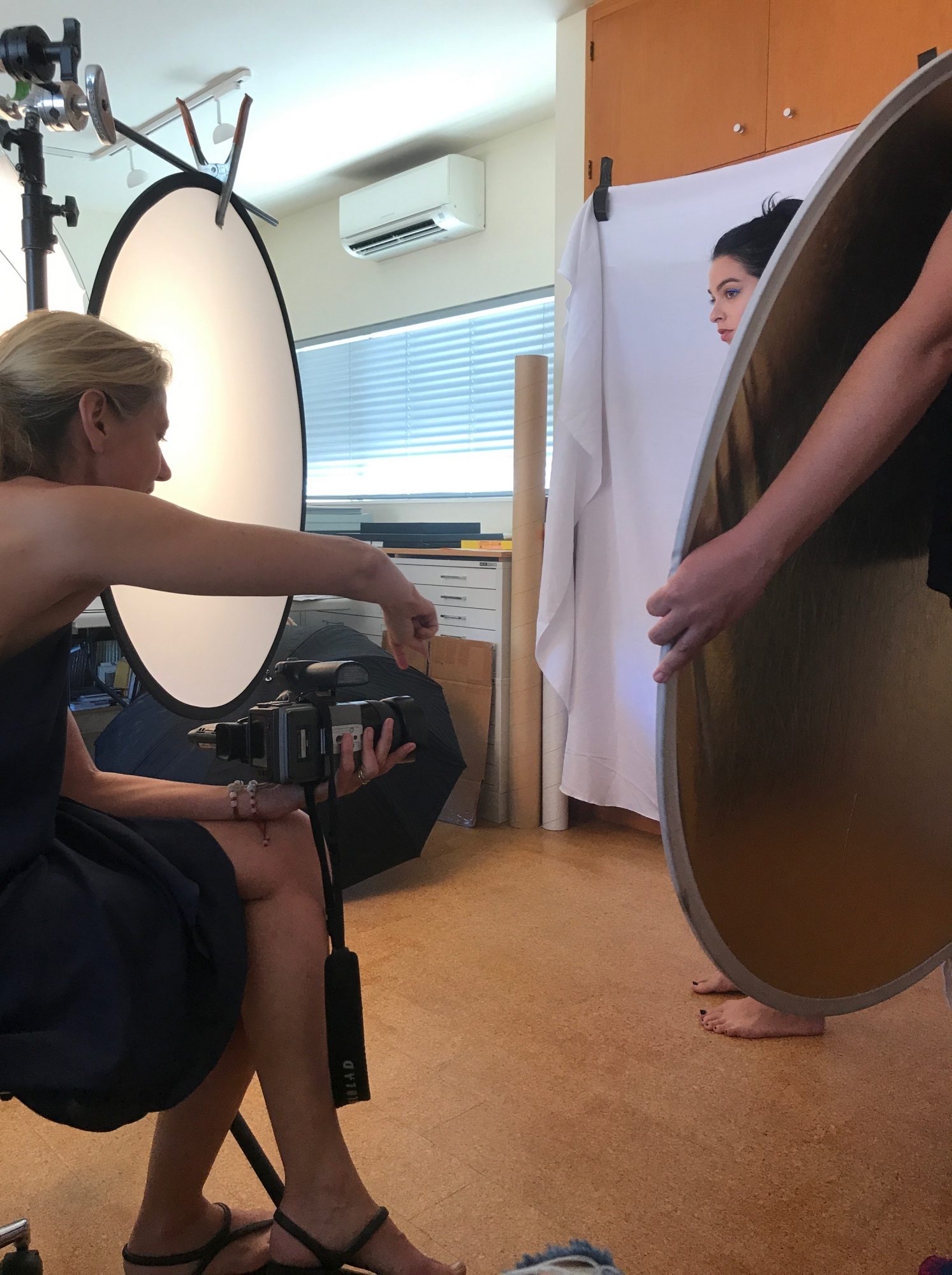 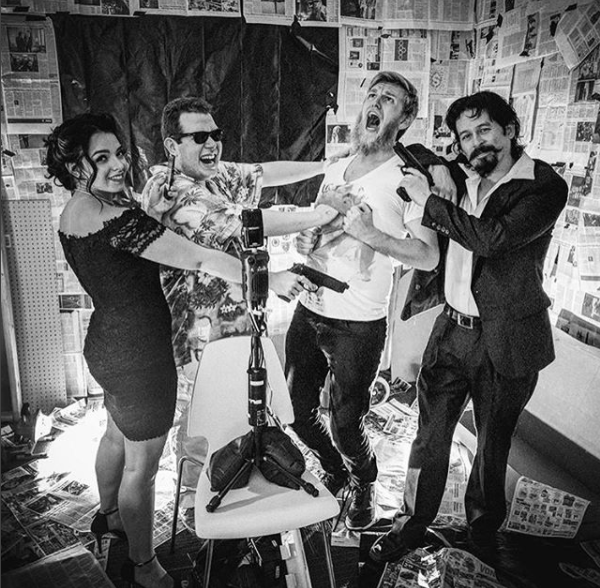