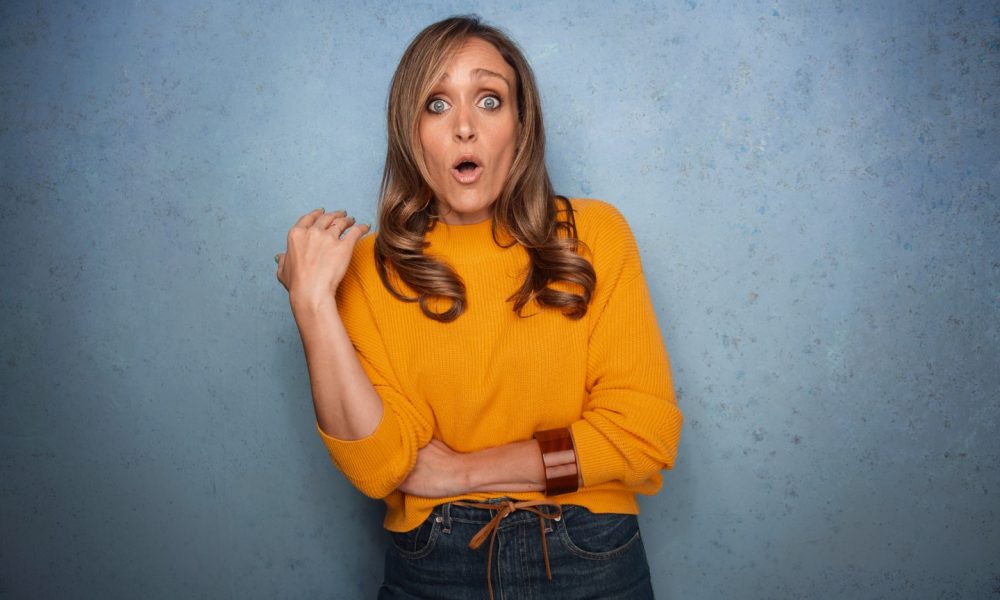 Today we’d like to introduce you to Jessica Inserra.

Jessica, can you briefly walk us through your story – how you started and how you got to where you are today.
I was born and raised in Staten Island, a borough of New York City, in a very typical Italian-American family; I liken it to growing up on the set of the Sopranos minus the crime! It was a very loving and very loud environment, filled with abundant laughter and food. Humor is very central to Italian-American culture and our family was no exception. There was a lot of teasing, mimicking, and story-telling around the dinner table and I learned early on that making people laugh was valuable currency in the world.

As far back as I can remember, I always wanted to be a performer. I think I came out of the womb waving jazz hands. My parents brought me to Broadway shows regularly and thus my love of musicals was born. They also turned me on to the Great American Songbook, so at a very young age, I became enamored of vocalists like Dinah Washington, Judy Garland, Doris Day, and Keely Smith.

I began pursuing my dream of acting and singing as a child student at Manhattan’s Neighborhood Playhouse School of Theatre. While other students were choosing to work on current material, like pop songs from Whitney Houston, I was doing Judy Holiday numbers from obscure shows like Bells are Ringing. At the tender age of 9, I would be belting out lyrics from Gypsy like, “if you wanna bump it, bump it with a trumpet!” No one ever accused me of being a shy kid.

I went on to major in Drama at New York City’s High School for Performing Arts on which the movie and television show Fame was based. My experience there was not very different than the dramatized depiction (yes we danced in the street and on cafeteria tables!) and the conservatory program there prepared me well for a career in the arts.

I took a brief foray to attend college and focus on girls… I mean academics, at Mount Holyoke, one of the Seven Sisters’ Schools. After earning my B.A., I returned to Manhattan and continued my acting training at numerous acting schools like Stella Adler, T. Schreiber Studio, and The Royal Academy of Dramatic Arts in London. The most significant part of my creative education, however, came with the advent of my relationship with Broadway legend Betty Buckley, my teacher and mentor of nearly 20 years. I credit her meditation-based teaching method with overcoming performance nerves that had sometimes proved challenging in my career.

I moved to Los Angeles in 2005 to pursue work in film and television, but soon found myself in an unexpected but promising career managing a plastic surgeon’s practice in Beverly Hills. I continued in that role for more than ten years before returning to the stage, this time as a stand-up comedian. This all transpired when, at a friend’s urging, I auditioned to take a class with noted comedy coach and teacher, Gerry Katzman – a decision would dramatically change the course of my life. My time working in plastic surgery was not only rewarding professionally, but it continues to provide a wealth of comedic material! What I enjoy most is how many of our patients love to attend my shows just to laugh uproariously at jokes based on them. I’m continually touched by all the love and support I have received from our clients in the pursuit of my dream.

We’re always bombarded by how great it is to pursue your passion, etc – but we’ve spoken with enough people to know that it’s not always easy. Overall, would you say things have been easy for you?
Returning to performing after a long hiatus, as a woman over 40, in an entirely new medium, has not been without its challenges. However, I’d be lying if I said it hasn’t been exhilarating for the most part. It wasn’t until I was in the full swing of writing and performing stand-up on a regular basis that I realized just how much I had missed the creative process. I believe being an entertainer is truly a calling and something you can’t neglect indefinitely without inflicting damage to your soul. Any struggles I have faced overcoming insecurity and the inevitable fears of irrelevance have been dwarfed by the sheer joy and privilege of making people laugh.

I have been an avid fan and devout student of comedy since early childhood, having watched countless hours of stand-up and documentaries about the art form itself. My favorites were the Sid Caesar’s writers’ panel discussions recorded live for PBS. I used to sit transfixed watching Mel Brooks, Carl Reiner, Larry Gelbart and the rest of Sid’s team regale the audience with hilarious stories from inside the writers’ room. They recounted the birth of innumerable legendary sketches, breaking down the creative process, and sharing humorous anecdotes about one another to the uproarious laughter and delight of viewers. One of my favorite recollections involved a heated debate over which number would be funniest for Imogene Coca to say as she placed down her bet during a skit in which she would be playing roulette. After a heated argument where they shouted numbers at one another, “47!”, “18!”, “29!” … they landed unanimously on 32. “Yes, 32 is funny!” they all finally agreed. It was shows like this, and films like The Producers, Arthur, and The Out of Towners (among so many others,) that shaped my early notions of comedy.

We’d love to hear more about your work and what you are currently focused on. What else should we know?
I’m presently working on material for a stand-up special I hope to have produced called, Jessica Inserra, Pretty Gay. I write and get on stage as often possible to hone both my material and performance skills. On the whole, my comedy tends to be very bawdy and irreverent. I like to describe my personal brand as #outgaygeous. I derive a lot of my observational humor from stories of my life as a gay woman and anecdotes about my crazy New York-Italian family. I love highlighting the absurdities of life and human behavior, particularly my own! I do a lot of material on my dating foibles and relationship anxieties. My most favorite jokes are the ones that push the boundaries of what’s considered appropriate. I’ve always had a dark sense of humor and I enjoy finding levity in unexpected subject matter.

What sets you apart from others?
My act tends to be very character driven with lots of silly voices, singing, and impressions. Some other elements that set me apart are a unique point of view as a lesbian over 40 and my background as a classically trained actress. I’ve been fortunate to get positive feedback from my peers about appearing seasoned on stage despite a relatively short time doing comedy; I attribute that to years of acting training and experience doing theatre. Another unique element I bring to my work is a long history in business, marketing, and production. I’ve utilized that experience to promote and manage my own career and intend to broaden the scope of my efforts to include producing my own shows and content.

What has been your proudest moment in your career so far?
I think the moment I’m most proud of thus far was when, by surprise, Andrew Dice Clay caught my set at Laugh Factory Vegas and posted a photo of me on his Instagram with an enthusiastic endorsement. It was a watershed moment for me in so many respects: the approval of a legendary comic whose work I had grown up watching; a feeling that I was truly a comic vs. feeling like some newbie imposter; and the encouragement that I had something worthwhile to share with audiences – that I should forge ahead in this business that can seem so incredibly daunting. It had a huge impact on my confidence and has served as a touchstone during those inevitable moments when I have struggled with self-doubt.

What were you like growing up?
I was, unsurprisingly, an extremely precocious and energetic child. I can’t remember a time when I wasn’t in my living room singing and dancing along to musicals like Funny Girl, Guys and Dolls, and Gypsy. I used to use our lazy-boy recliner as my dance partner for big numbers and I would don roller skates for maximal realism when imitating Olivia Newton John in Xanadu. I sang everywhere I went as a kid, most notably at Aqueduct Racetrack with my dad on the weekends. He’d be betting on horses, and I’d be in the lobby with the hired musicians, belting out torch songs to the great amusement of patrons.

I talked so much, my dad used to say I was “vaccinated with a phonograph needle,” and he would often comically gasp for breath on my behalf. I don’t think there was a single report from one of my teacher’s that didn’t include my propensity for chatting and being the class clown. I was very happy and outgoing, with a quirky penchant for movies and music from a bygone era. I remember once during a school dance in 6th grade, I opted to hang out with the lunch ladies and teachers in the cafeteria, happily clutching an autographed photo of Doris Day (my lifelong idol) that I had just received in the mail. I was far too excited about its arrival to possibly focus on some silly social event, and I needed to be around people old enough to appreciate its significance!

I eventually met Doris Day in person at an event for her 90th birthday; that, and realizing my dream of becoming a stand-up comedian, ticked off two of the three top items on my bucket-list. The only one left is to star in a Broadway musical, so stay tuned for that! 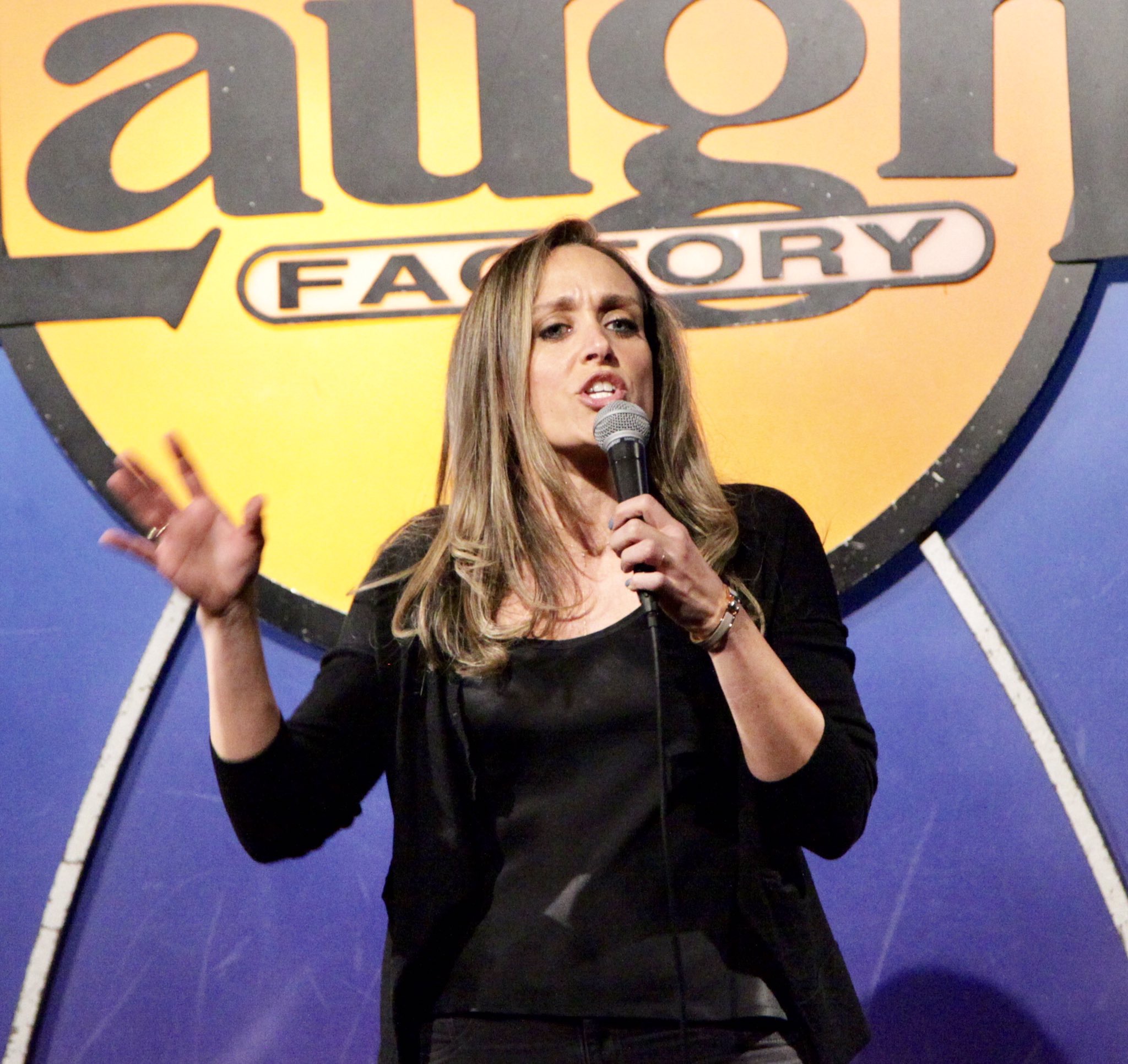 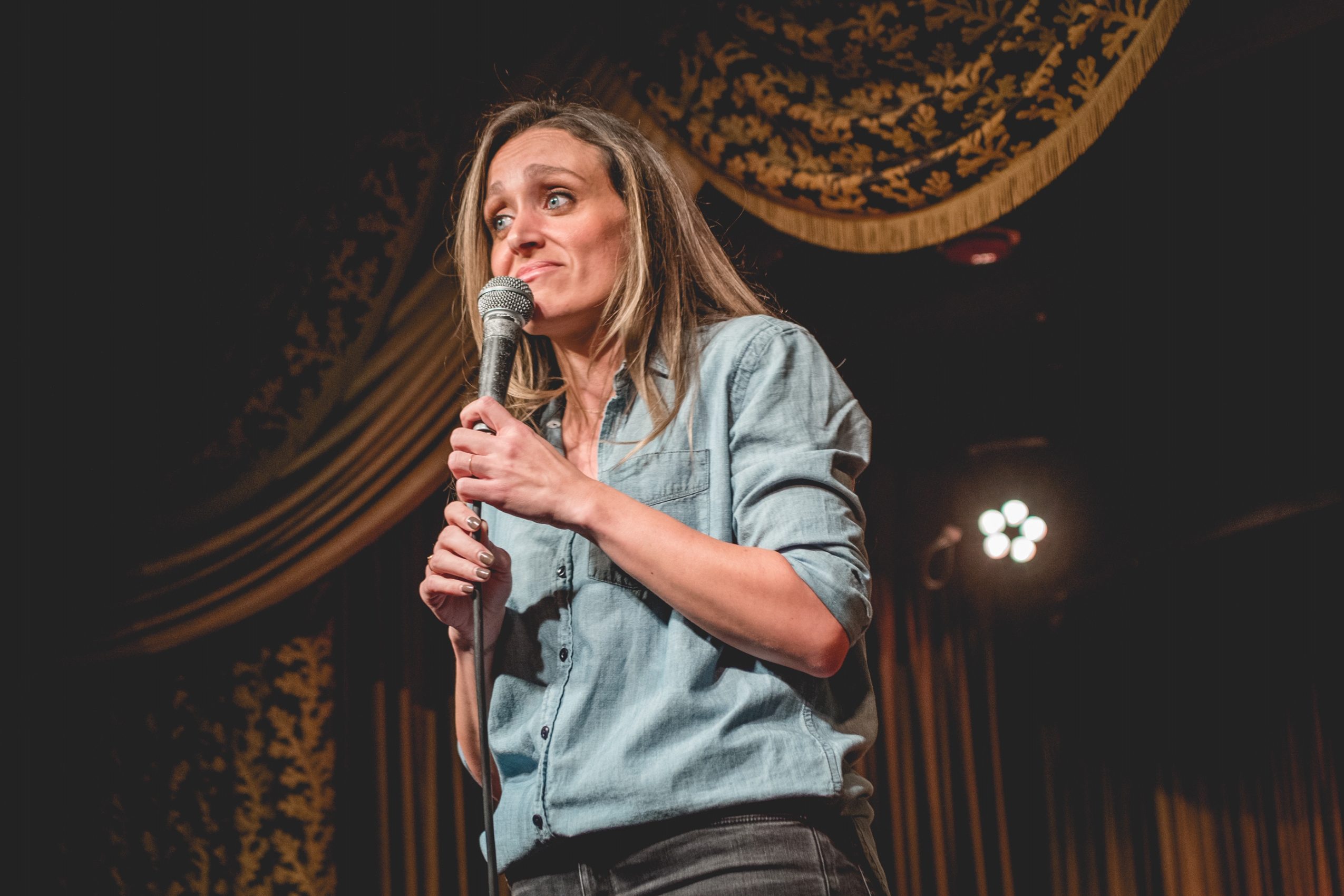 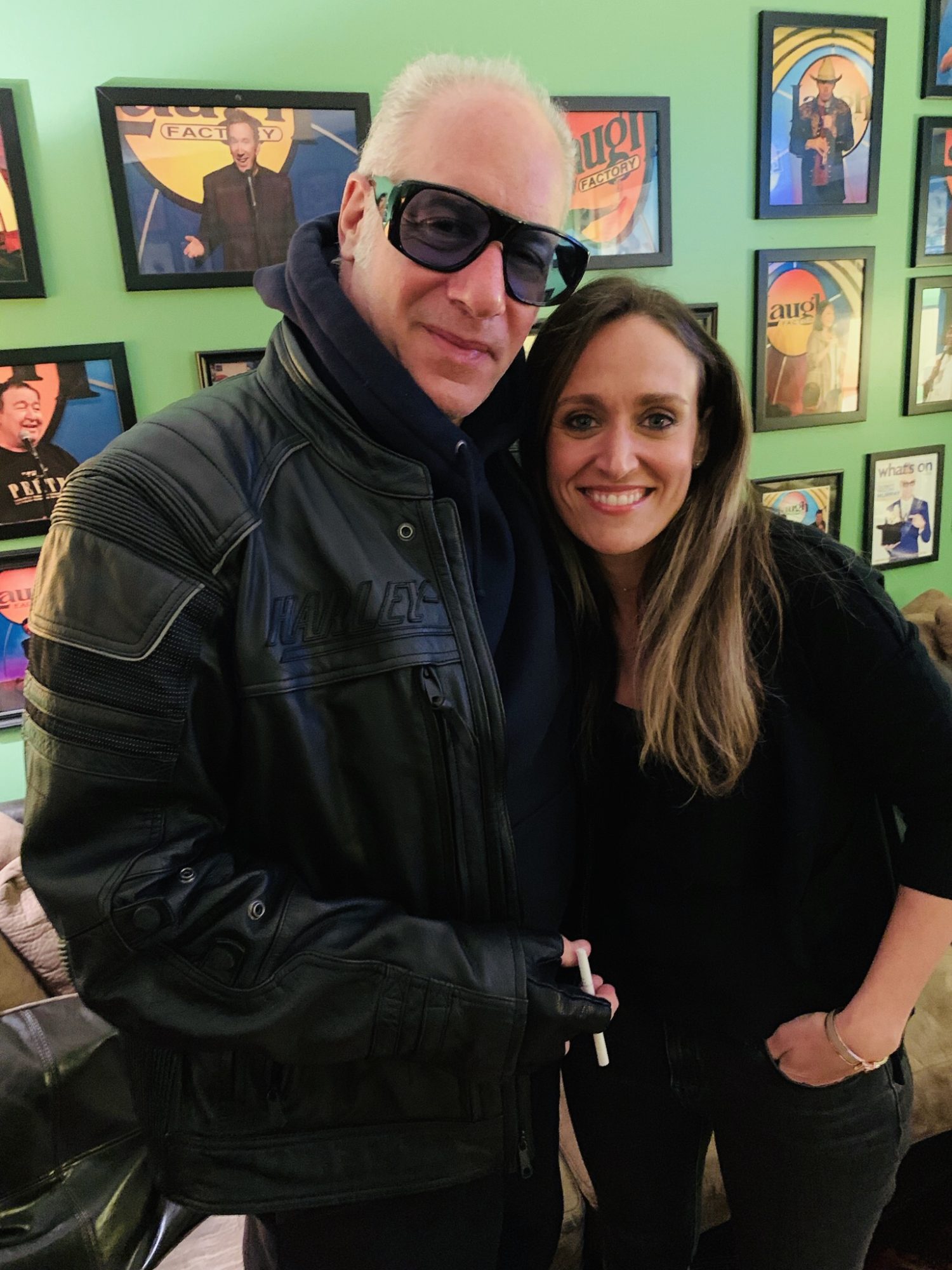 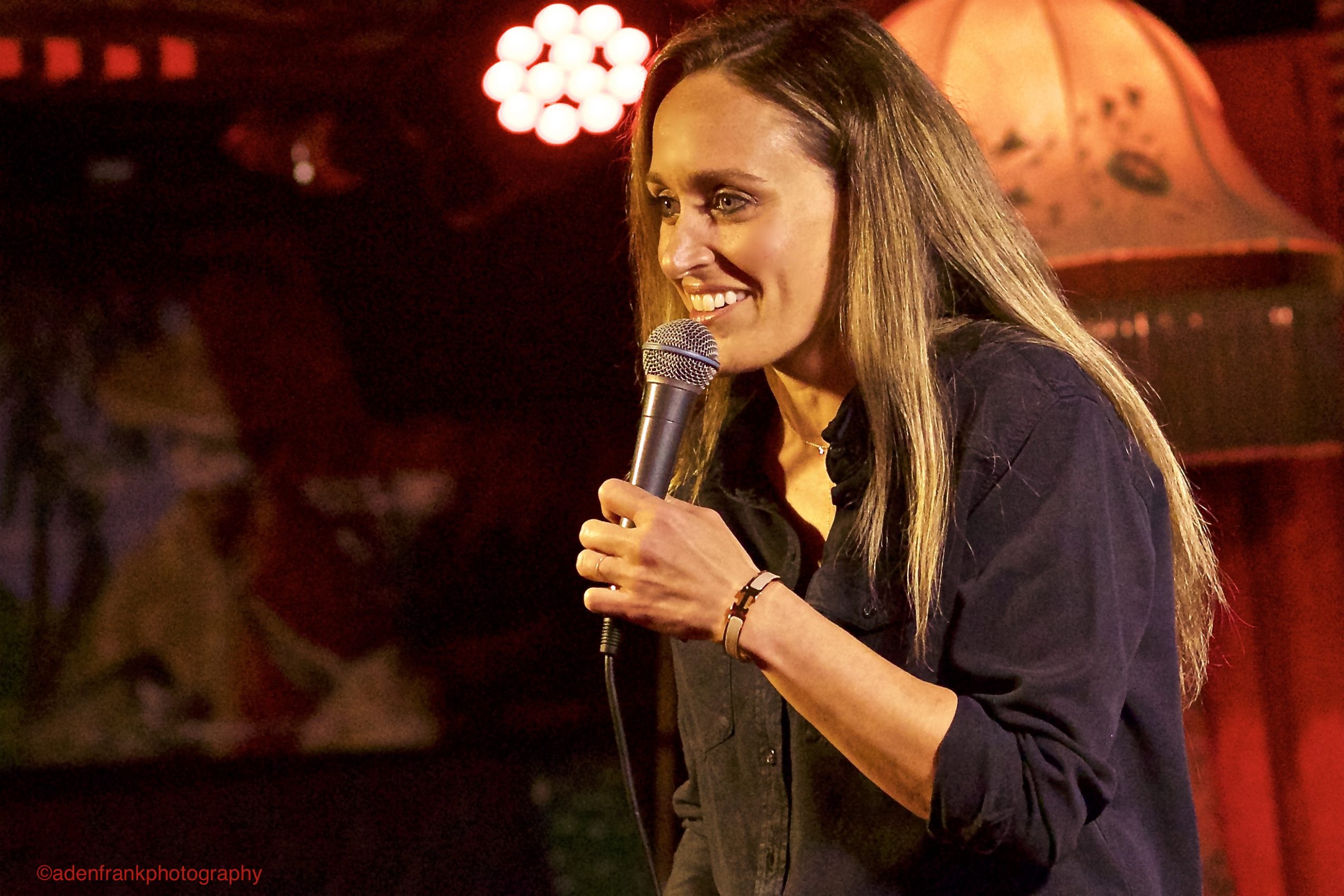 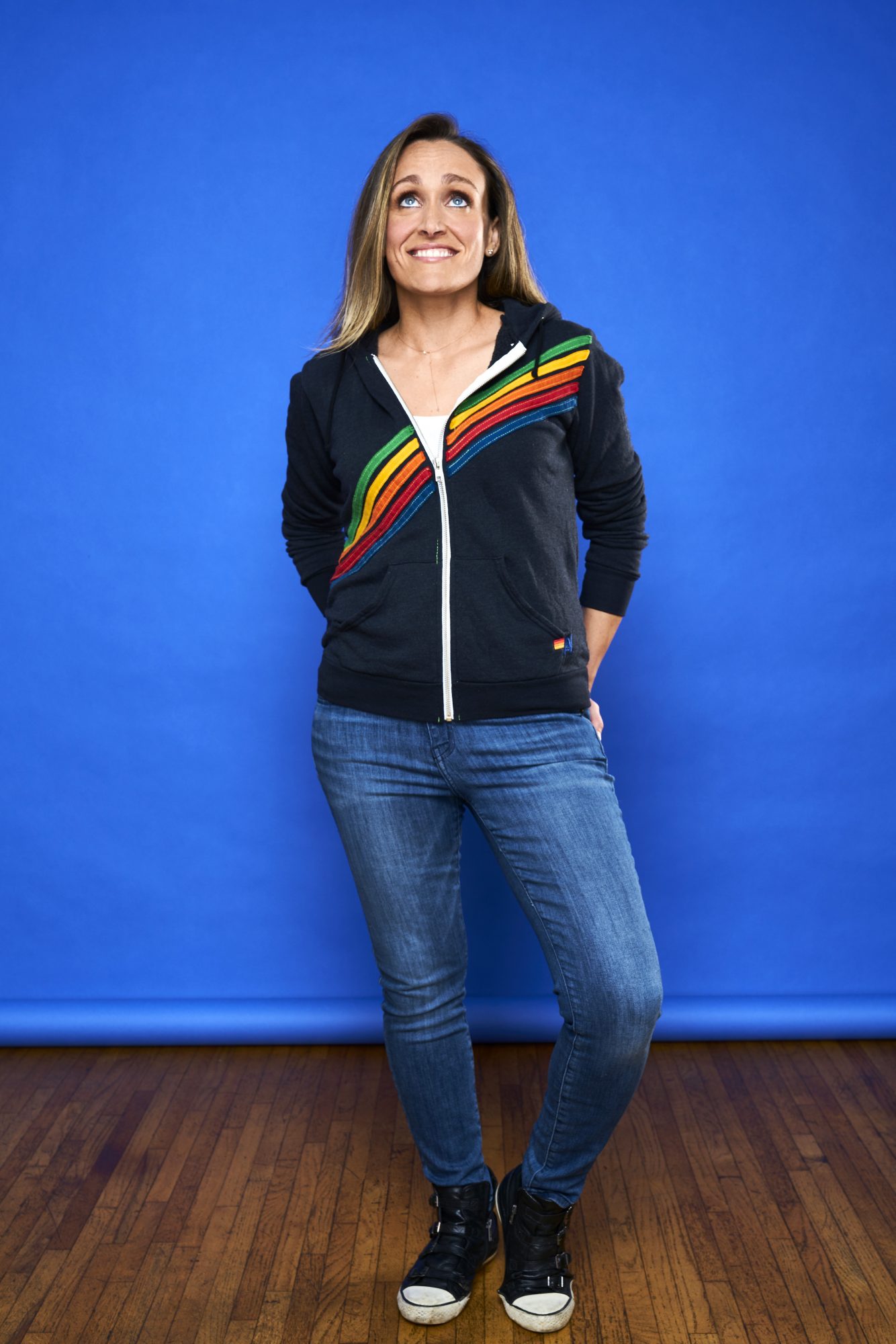 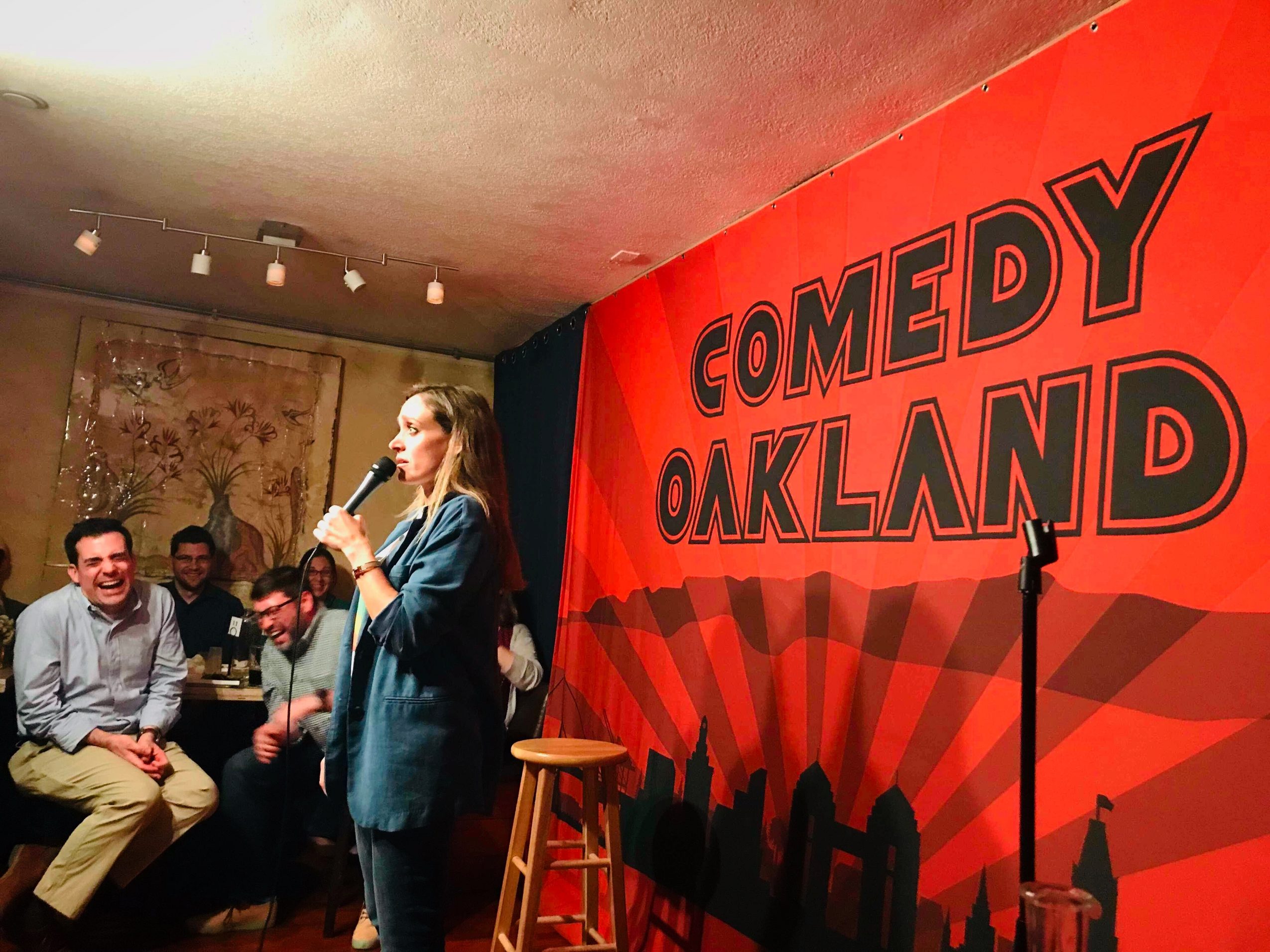 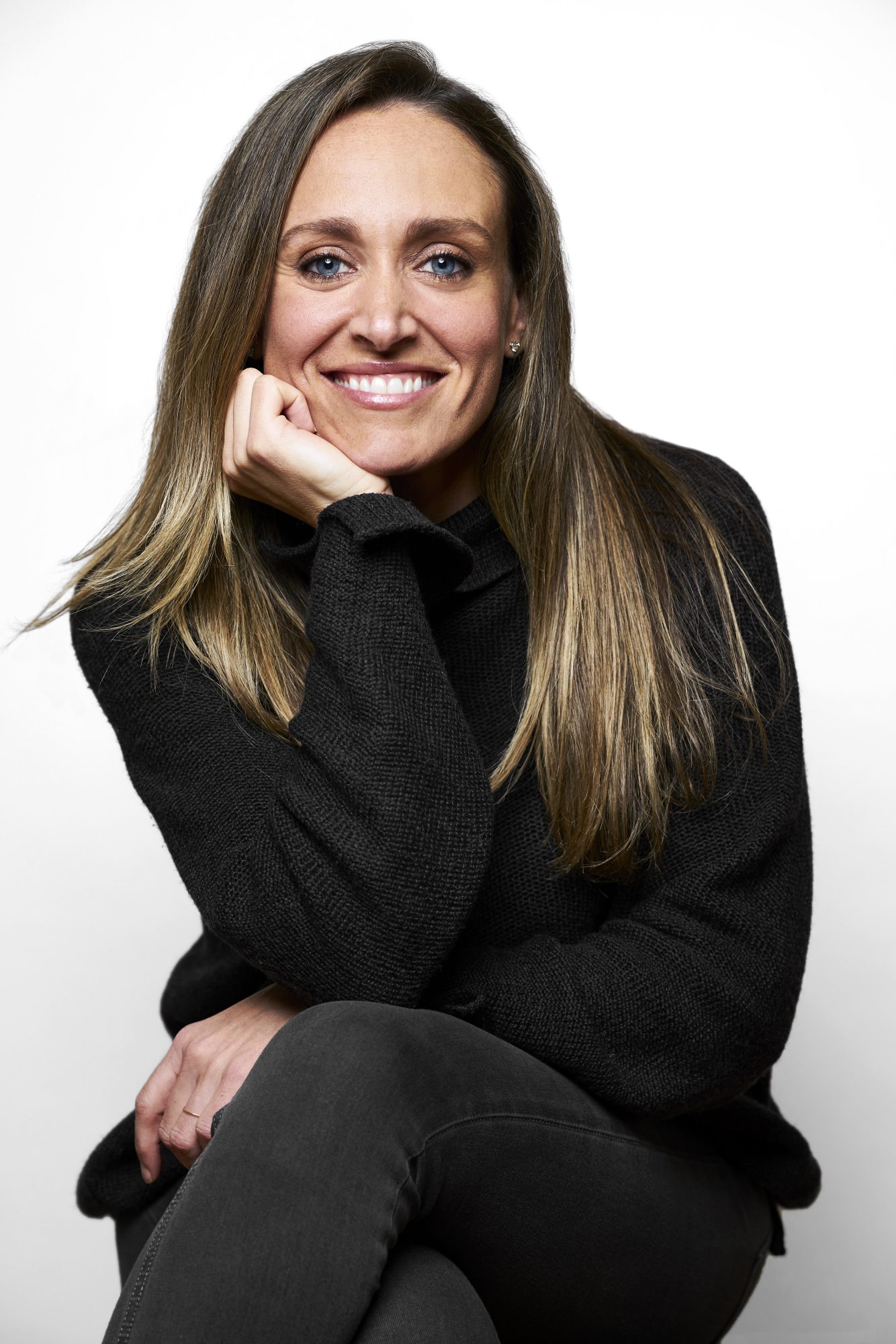