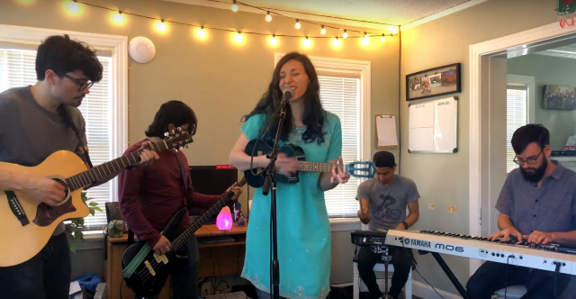 Today we’d like to introduce you to Jessica Gerhardt.

So, before we jump into specific questions, why don’t you give us some details about you and your story.
I was born and raised in Santa Monica, California. I’ve been singing since I can remember. I started writing songs when I was about eight years old. I wrote songs about the wind calling my name and cold spaghetti. As I entered my tweens, I was inspired by the Spice Girls and Britney Spears and wrote some pretty melodramatic poppy love songs. In high school, I started listening to Alanis Morissette, Fiona Apple, Wilco, Switchfoot, Corinne Bailey Rae, Hot Hot Heat, Lily Allen, Semisonic, Talking Heads and Franz Ferdinand and my writing style and content began to mature. In my sophomore year, I picked up the ukulele after a friend gave me one as a gift and treated me to a lesson. From there, I fell in love with the ukulele, began teaching myself to play and it became my primary songwriting tool. That same year, my parents split up and my dad moved away, so those experiences of separation and longing also began to influence my songwriting, and music became a more prominent emotional outlet for me.

Though I had been involved with the performing arts throughout my childhood with a program called The Virginia Avenue Project, I had never performed the songs I wrote publicly until my senior year, when I started going to an open mic night for teens called Downbeat 720, run by Joshua Silverstein and Joe Hernandez-Kolski. Downbeat provided a non-judgmental safe space for teens to share their art, hone their craft, and gain confidence in front of an audience. It’s an awesome community for young emerging artists.

In 2007, I attended Reed College in Portland, Oregon. I chose Reed because it brands itself as a school for quirky intellectuals who march to the beat of their own drum, and I was that nerdy kid who would raise their hand a lot in class and played ukulele and was a high school mascot, so it seemed like a good fit. Upon visiting Portland, it felt like a city where I could really be myself. At Reed, I formed my first band, Just Orange, with a few classmates. Those were my first experiences with collaborating in songwriting and performing with other musicians. After graduating with my degree in Psychology in 2011, I felt a sense of calling to come back home to LA to pursue music.

I was also raised Catholic, and while at Reed, my experience with the Christian community on campus, known as “Oh For Christ’s Sake” helped me to develop a deeper connection with my faith. That aspect of my identity also has become woven through my songwriting. Listening to artists like Sufjan Stevens, Josh Garrels, Page CXVI/Moda Spira, and Audrey Assad/LEVV, who write from personal experiences, as well as drawing from the symbols and themes of their faith, has been a source of inspiration as well.

In 2013 my friend Drew Mottinger (Wintergreen, Handshakes, Hotel For Strangers) introduced me to producer Patrick Doyle (Sputnik Monroe, Handshakes, Hotel For Strangers) and in collaboration with them and a few other local musicians, in 2014 I released an EP called “Words Like Rainfall” under the name band name Feronia. In 2016, under the same name, my cover of Emmlou Harris’ “Little Bird” was featured on a tribute record called “To Emmylou” which was comprised of covers by a number of prominent LA bands, including Phoebe Bridgers and The Silverlake Chorus.

After taking a couple of years off from actively playing out, I decided to begin performing and releasing music under my own name. My first single, “Be My Hands”, the title track off of my forthcoming EP was released in January 2019 along with my debut music video. “Aquarius”, another single off the EP, was released in February. In honor of the 20 year anniversary of 10 Things I Hate About You (my favorite movie) I released a cover of Joan Armatrading’s “The Weakness In Me” from the film’s soundtrack in April. And on June 29th I will be celebrating the release of the “Be My Hands” EP at The Hotel Cafe, followed by my first tour in July.

Overall, has it been relatively smooth? If not, what were some of the struggles along the way?
It definitely has been a challenging road. As I mentioned before, my parents’ divorce was not easy, and the tension and disconnection in my relationships with them added plenty of distraction and strife when I trying to figure out what I wanted to do and who I wanted to be as a young adult. Unhealthy relationships as an outlet from it all also derailed a lot of my focus and musical pursuits. Through it all, my faith has actually been one of the only things that’s kept me pretty grounded. Contemplative spirituality. I also worked as a youth minister, accompanying teens between 7th and 12th grade for over eight years. Being a part of the journeys of young people has given me greater compassion, patience, gentleness with myself and others, humility, and has opened my mind tremendously. Therapy and being a part of a 12-step recovery program that focuses on emotional sobriety has also contributed to overcoming a lot of obstacles. A lot of people don’t feel comfortable talking about those things, but I’m pretty keen on vulnerability and de-stigmatizing these kinds of things. Family wounds and dysfunction in childhood are real and they have impacts on our adult experiences. Doing inner healing work hasn’t been easy, but it is has been soooo necessary and has been helping me clarify what I want to do creatively in my music career. I still struggle to feel encouraged and confident some days, but I try to remember to be present at the moment, to keep breathing, and to ground myself in a sense of offering who I am and my art as gifts to the world, taking things one day at a time.

We’d love to hear more about your work and what you are currently focused on. What else should we know?
I’m a singer-songwriter and a ukuleleist. I write songs that are expressions of my authentic emotional experiences. I tend to write lyrics about the challenge of loving well, vulnerability, self-discovery, spirituality and depth, surrender, healing, little things I notice. I try to write songs that might speak into others’ experiences with these things, not just my own and provide a space of communion for listeners, a sense that they’re not alone. I think good art can serve both by being aesthetic or beautiful, as well as being for the good of others, lifting them up, touching their wounds and providing healing. Good art points beyond itself, to the transcendent, to being lifted up. I seek to create music that does that for people. Perhaps it’s all the years of working in ministry with teens, but I have a heart for serving others through whatever I’m doing.

Also, I write for a feminist Catholic blog called FemCatholic from time to time, and I love to paint, draw, and make jewelry.

Is there a characteristic or quality that you feel is essential to success?
I think for me, success is characterized by being able to keep creating art that people can receive and enjoy. I make art for me, but also to be shared. I think learning how to have trust in yourself and your gifts is key to having free creative expression, and the byproduct if that is that your art is received by others and appreciated. Even if something you create isn’t everyone else’s favorite, just giving yourself the space and freedom to create is essential. Authenticity is crucial too. I have found that hiding behind ego, bravado, or falseness feels so exhausting and really doesn’t serve anyone. I try to be as real and open as possible and do my best. 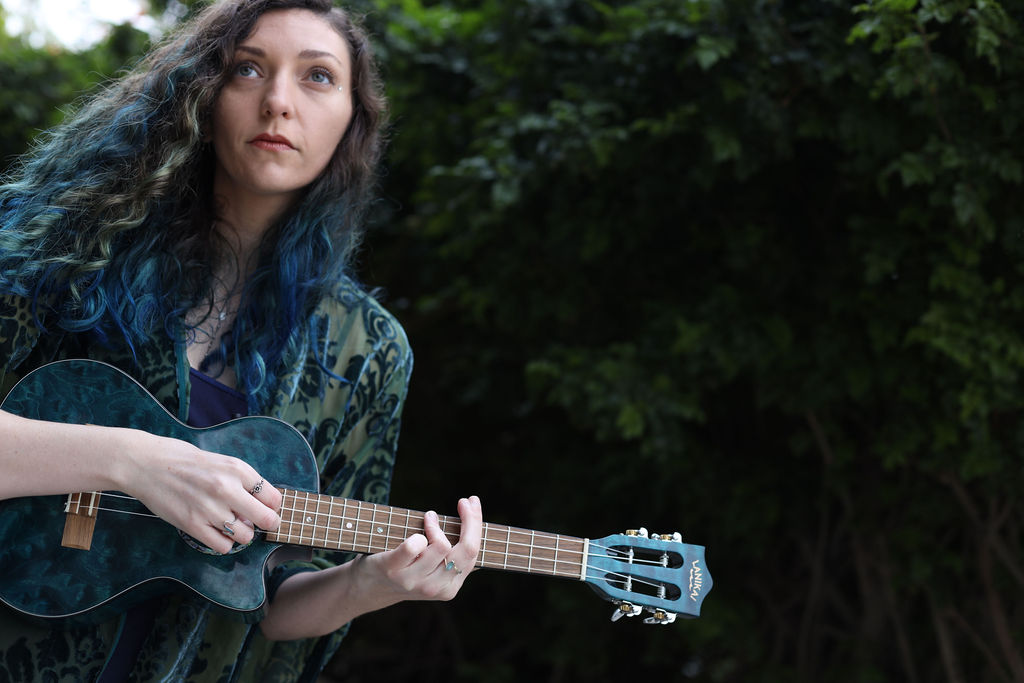 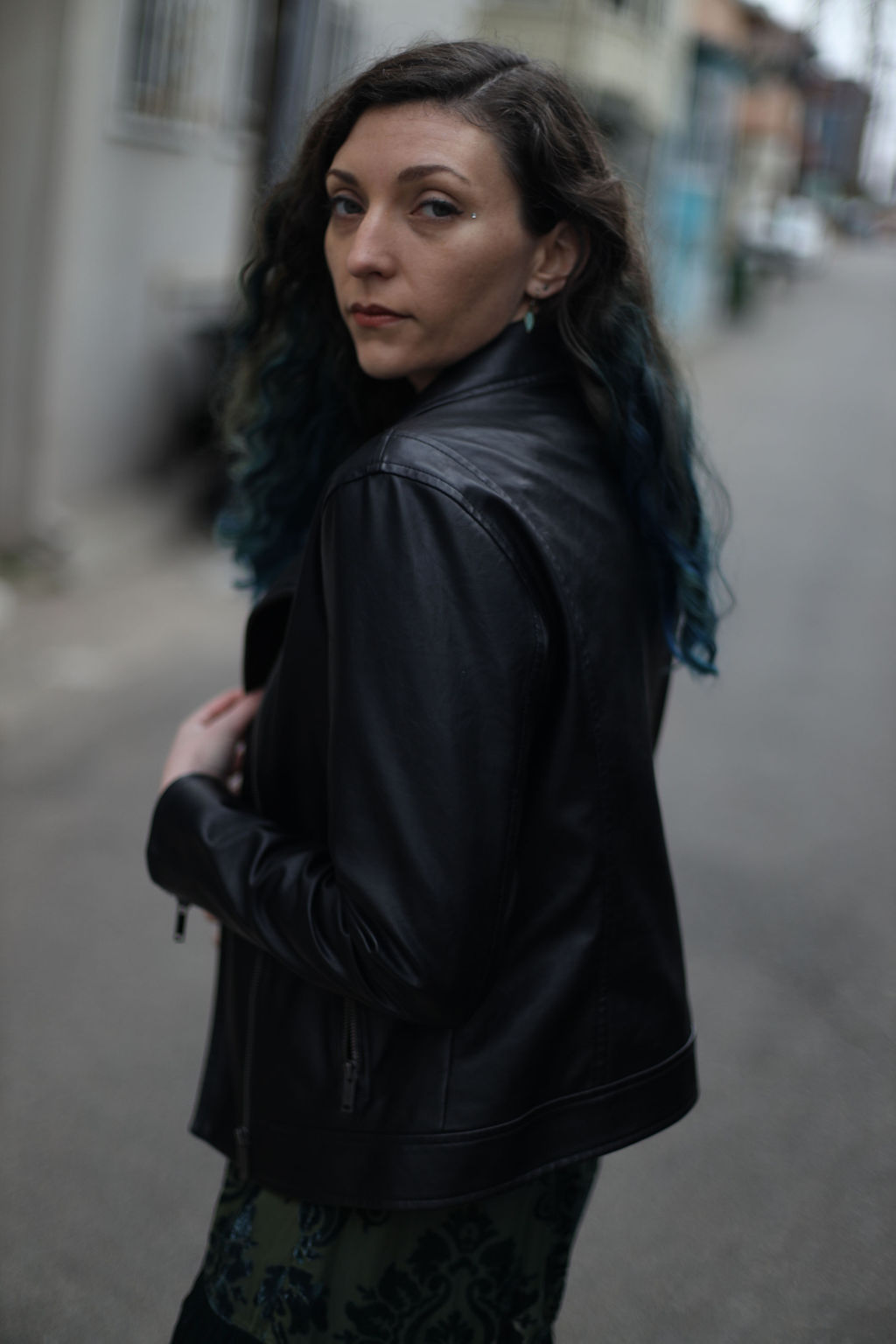 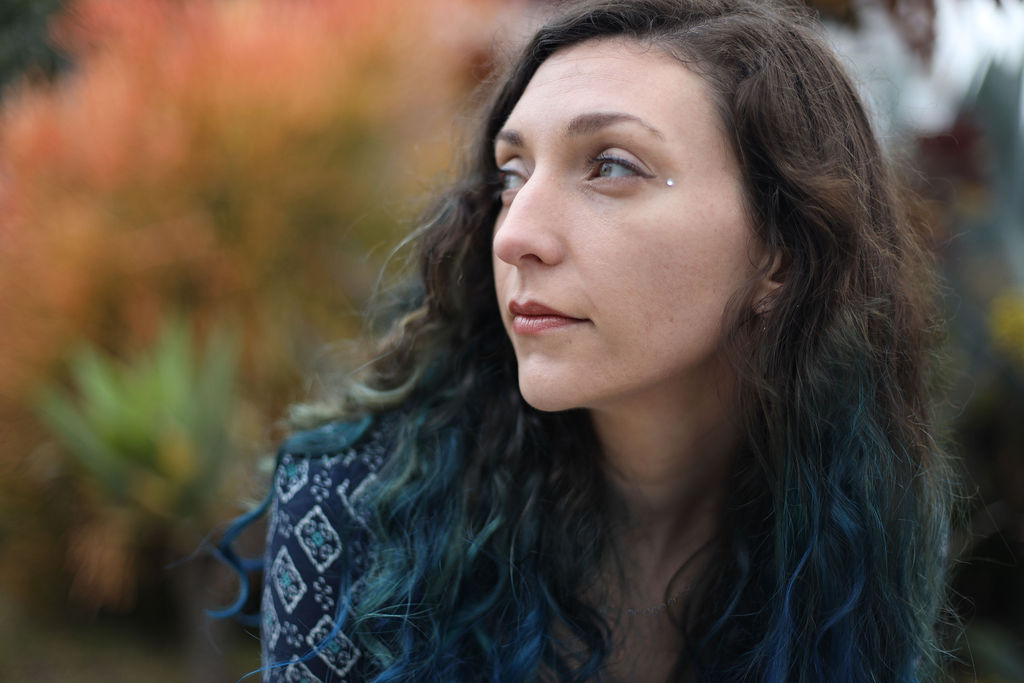 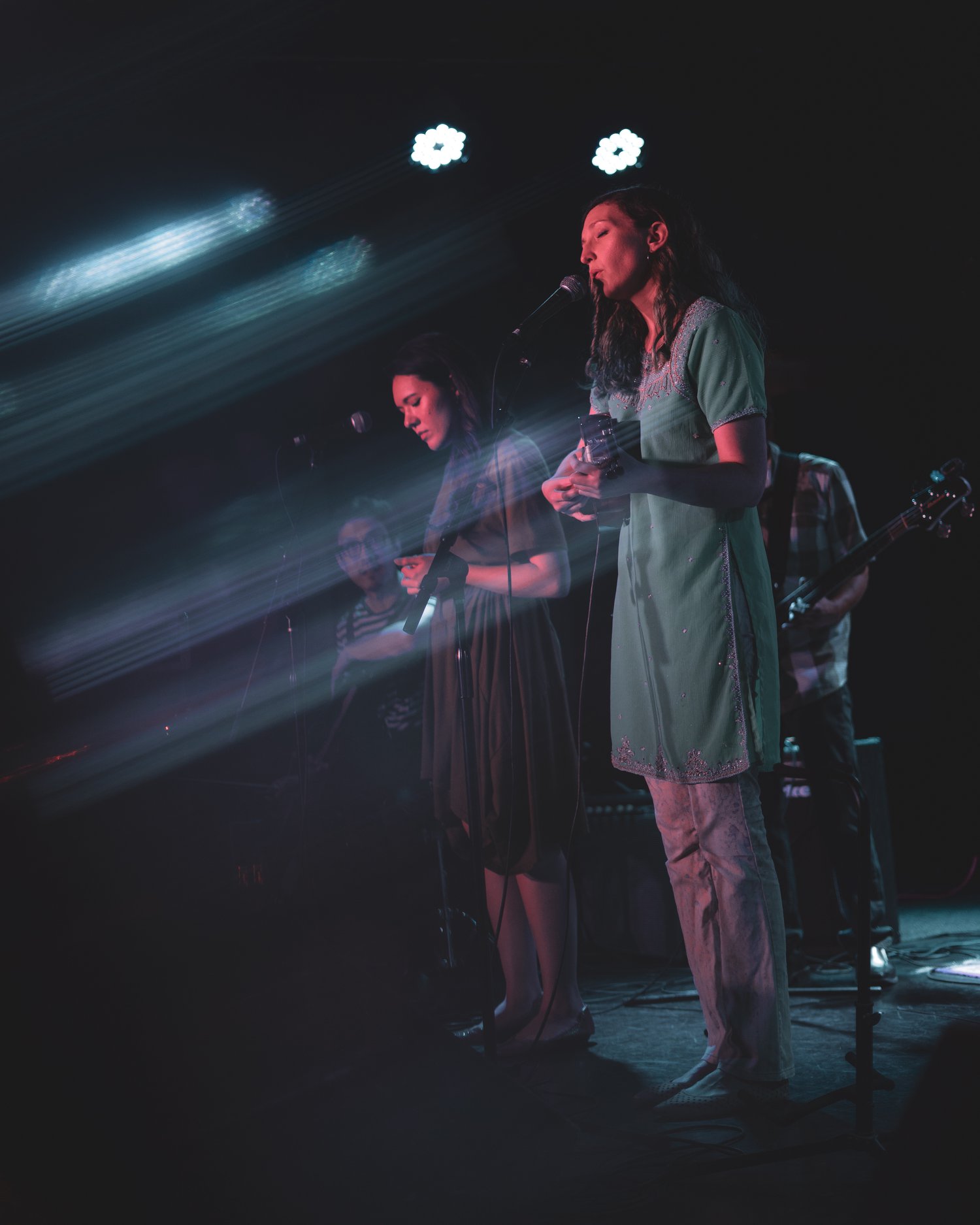 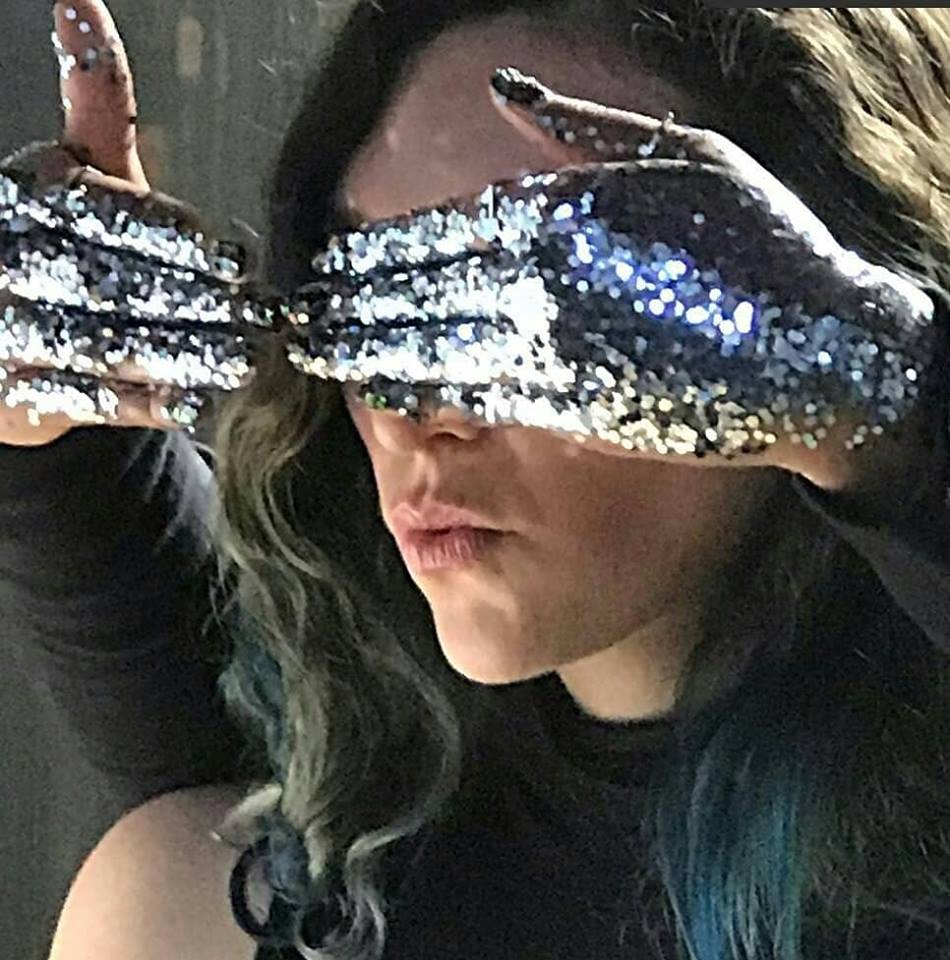 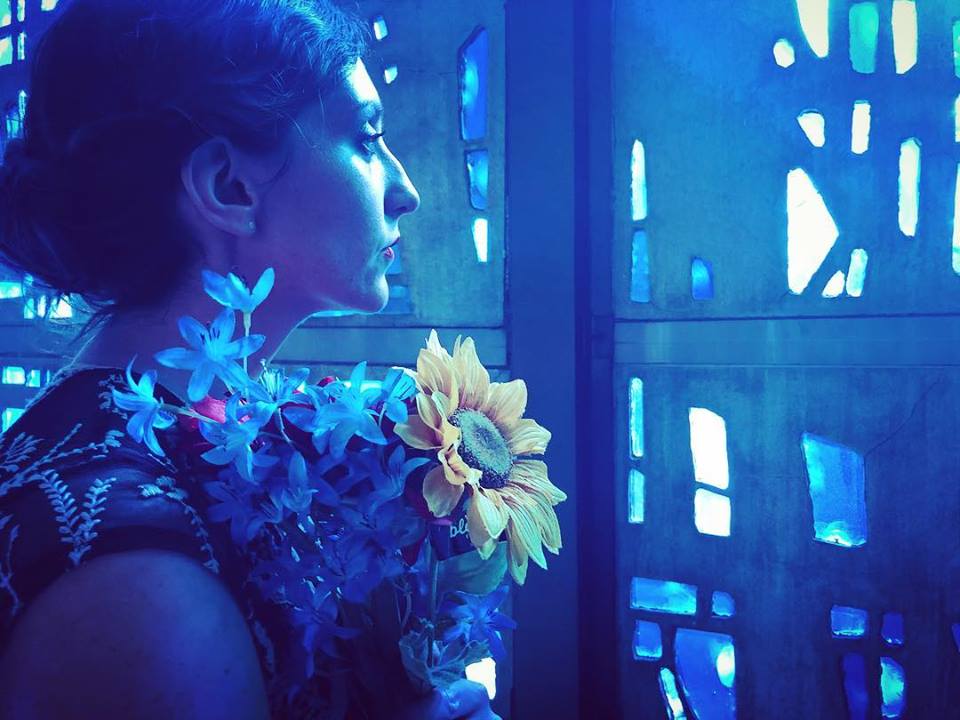 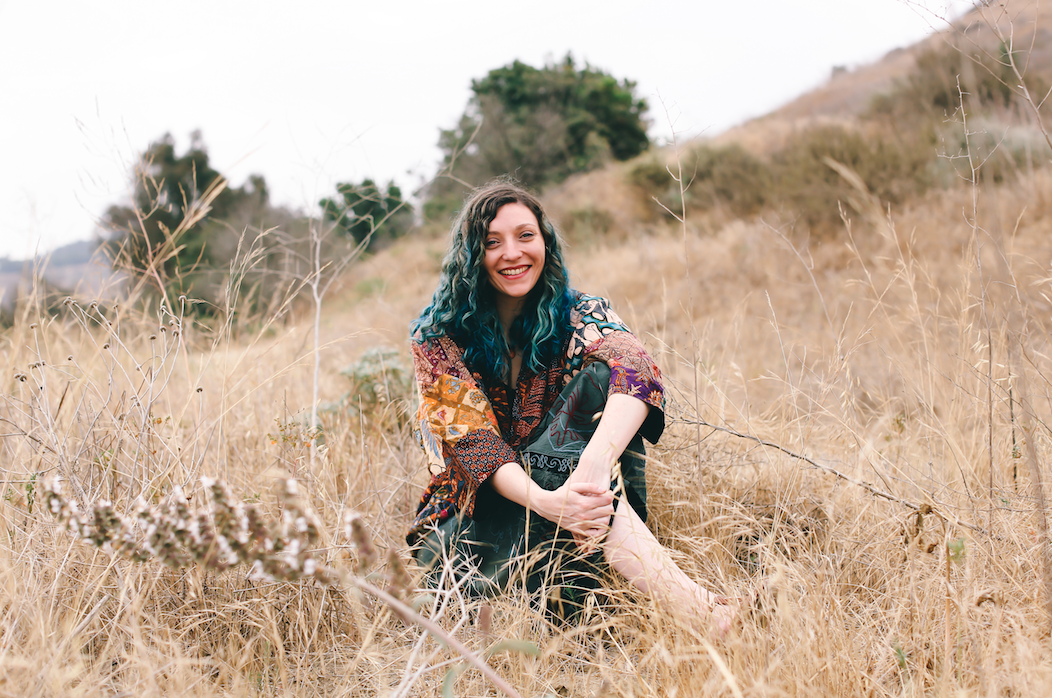 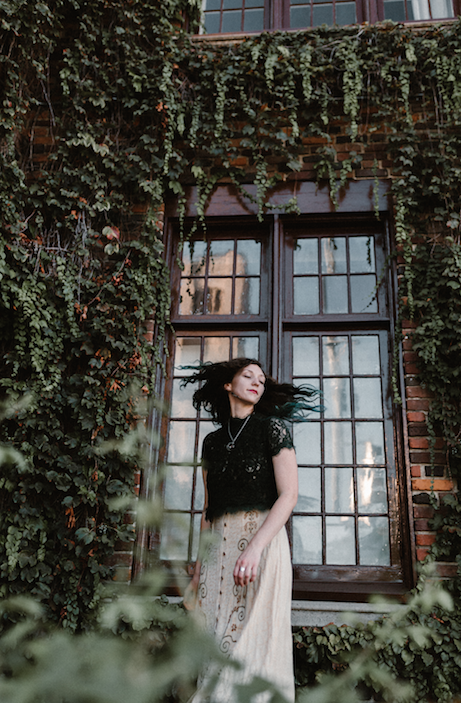