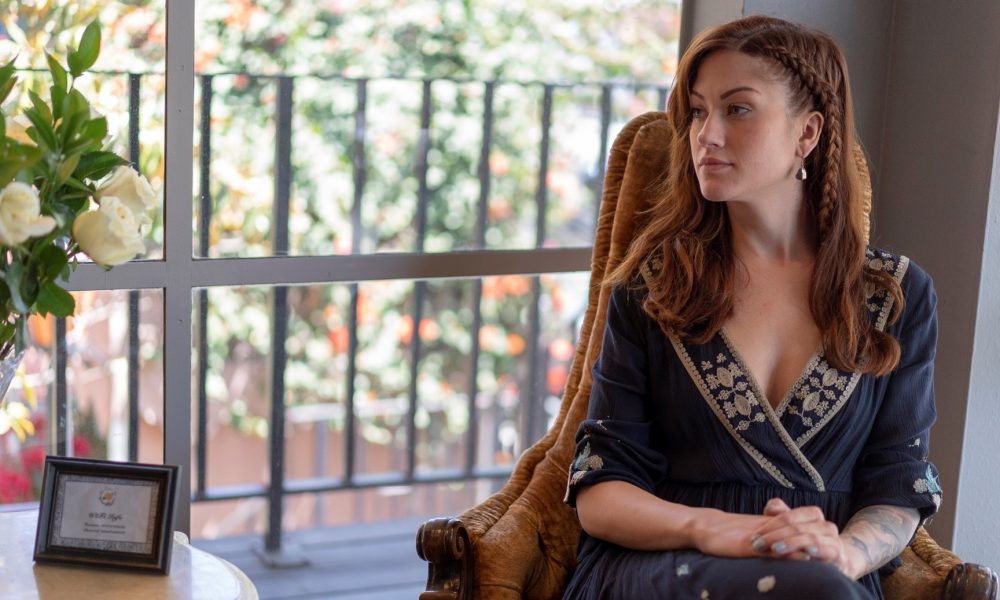 Today we’d like to introduce you to Jess Mayer.

Thanks for sharing your story with us Jess. So, let’s start at the beginning and we can move on from there.
Hair has always made sense to me. From a very young age (around 10) I just kind of knew what I was doing when it came to hair. I knew if someone didn’t quite look their best in their haircut/color and could very easily visualize how to make it better. Of course, before actually going to school and becoming properly licensed and trained, getting from A to B wasn’t as precise as it is decades later, but even then, I could get you there. I liked to “fix” people.

I was a little socially awkward, but I really liked making people like the person they saw in the mirror. I guess it was a little selfish at first, I really got off on gifting self-esteem. It made people like me and I liked that. Conversation seemed to flow effortlessly when I had a pair of shears or a color brush in my hands. People left me feeling not only physically lighter but psychologically lighter. I quickly discovered that not only was I improving someone’s appearance, but I was lightening their mental load, just by listening.

I went to college. Like most kids from small-town Iowa, I went because I wanted the hell out of small-town Iowa. I studied music and liberal arts, not exactly a guaranteed income post-grad. So I dropped out after the first year and went to hair school. It seemed to make sense, I was already doing hair, just needed a way to do it legitimately. The private school that I attended provided me with an opportunity to travel abroad, and meet my hair heroes, people who were not only successful but were thriving. I wanted that life.

I could tell you a whole rag to riches story but I’m not going to do that. It’s pretty cut and dry. I saw a life I wanted and possessed and honed a talent and despite where I was from or what my socioeconomic circumstances were, I followed my intuition and made that shit happen and now I’m a totally self-funded, self-owned, badass, lady business owner in the heart of West Hollywood.

Overall, has it been relatively smooth? If not, what were some of the struggles along the way?
I grew up on and below the poverty line. It wasn’t so much being poor that screwed with me, it was the attitude that came along with growing up this way. There’s an unspoken and bizarre sense of obligation to continue on the same path that everyone around you is on because that would be as good as it gets. (marry a farmer, have three kids before you’re 30, etc).

There’s this timeline that is SO pressing when you’re in it. I had to literally remove myself from my playground to change my perspective on success and happiness. I just put my shit in my car one day and left. It’s not the choice that’s right for everyone, but it was right for me. So leaving, leaving everyone and everything I had ever known was the hard part. The rest was just a pile of student loans, booze, broken hearts, and not knowing what the hell was going to happen to me but trusting that my intense desire to create and listen to people would be enough. Also, I dreadlocked my hair when I was 20 and my first employer in Iowa fired me for it.

That really lit a fire under me. There’s nothing like being backed into a creative corner that’ll make you want to change your industry. I wanted to do hair but on my own terms. (I’m a middle child, obviously) I think most people would “thank” the person who fired them now… but I still don’t like that guy. Hairdressers are not 3D printed humans, we’re quirky and messy and he hated that. He wanted everyone wrapped up in a pretty little blonde bow. I think maybe that’s why I worked there in the first place, I wanted to push all of that guy’s buttons.

I’m proud of this space. Being designed with a Grandmother’s home in mind, it evokes this wonderful sense of nostalgia that makes people feel safe here. I think that may be the most precious thing about this place. I named it after my late Grandmother, Alice Carol Beek. She taught me how to steer myself toward happiness and I think that’s now what I do best for others. I gently guide folks toward their best selves.

When you dream up a look for yourself, you do so in a moment, alone inside your head, hoping that it gets translated correctly and that you leave feeling sexier, stronger, more confident. I take that vision and I tweak it so that it is suited and designed specifically for you. I can conjure the best version of yourself and make you look so good that you believe you can do anything, because you can.

If you had to go back in time and start over, would you have done anything differently?
I firmly believe that everything I’ve ever gone through, good and bad, has been absolutely necessary to steer me to this exact place. I work to see the lessons in every experience, let them change me, and then let them go. 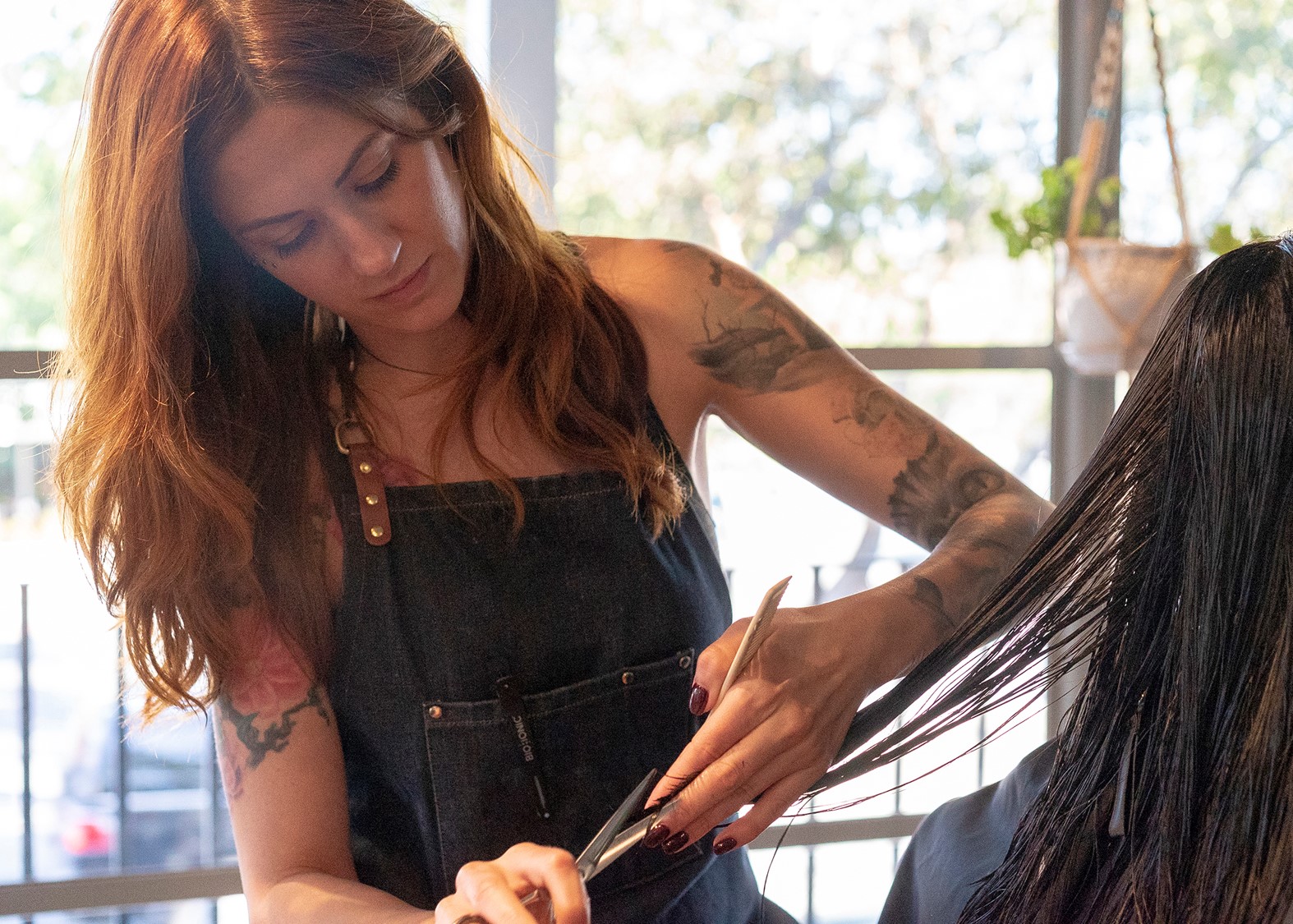 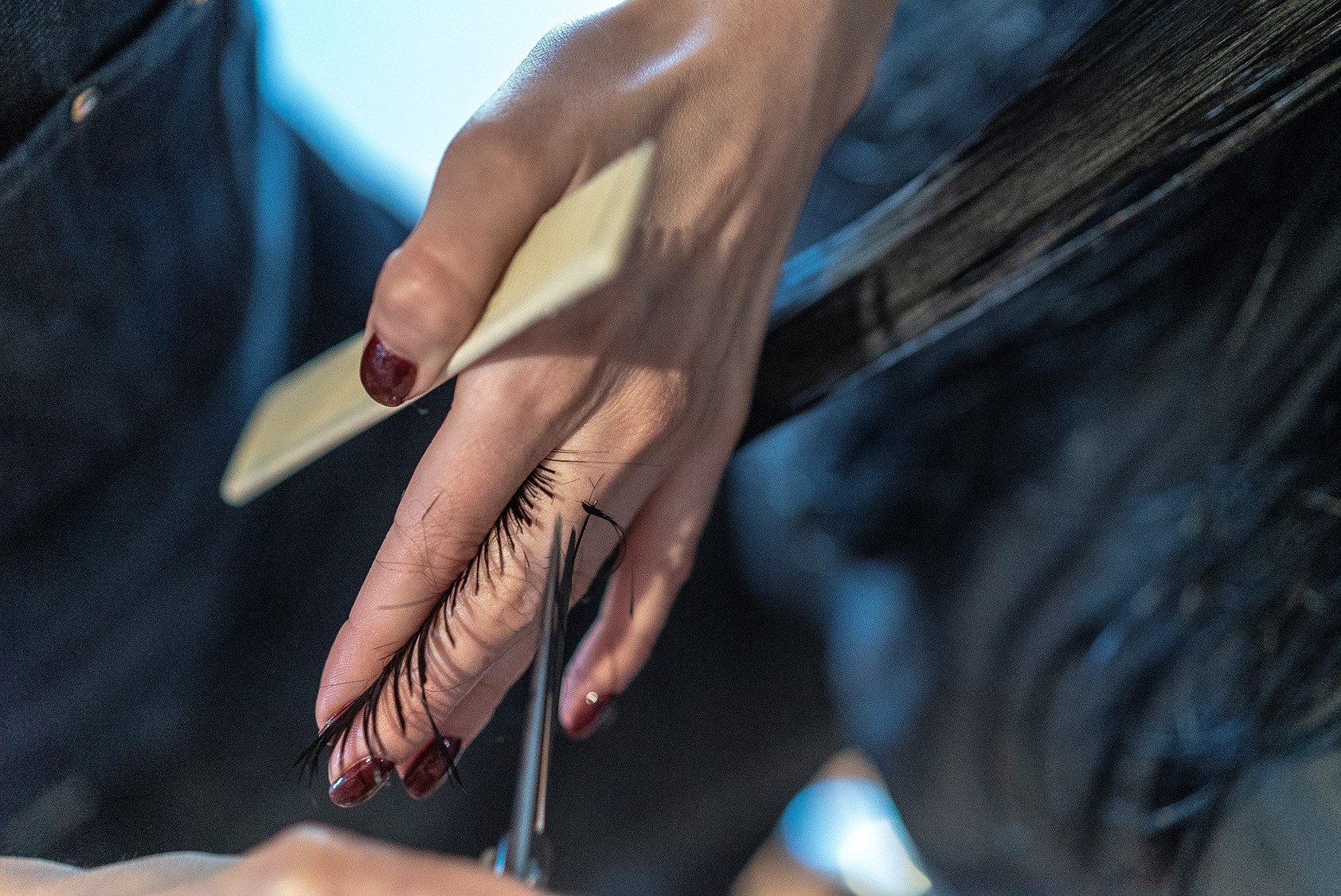 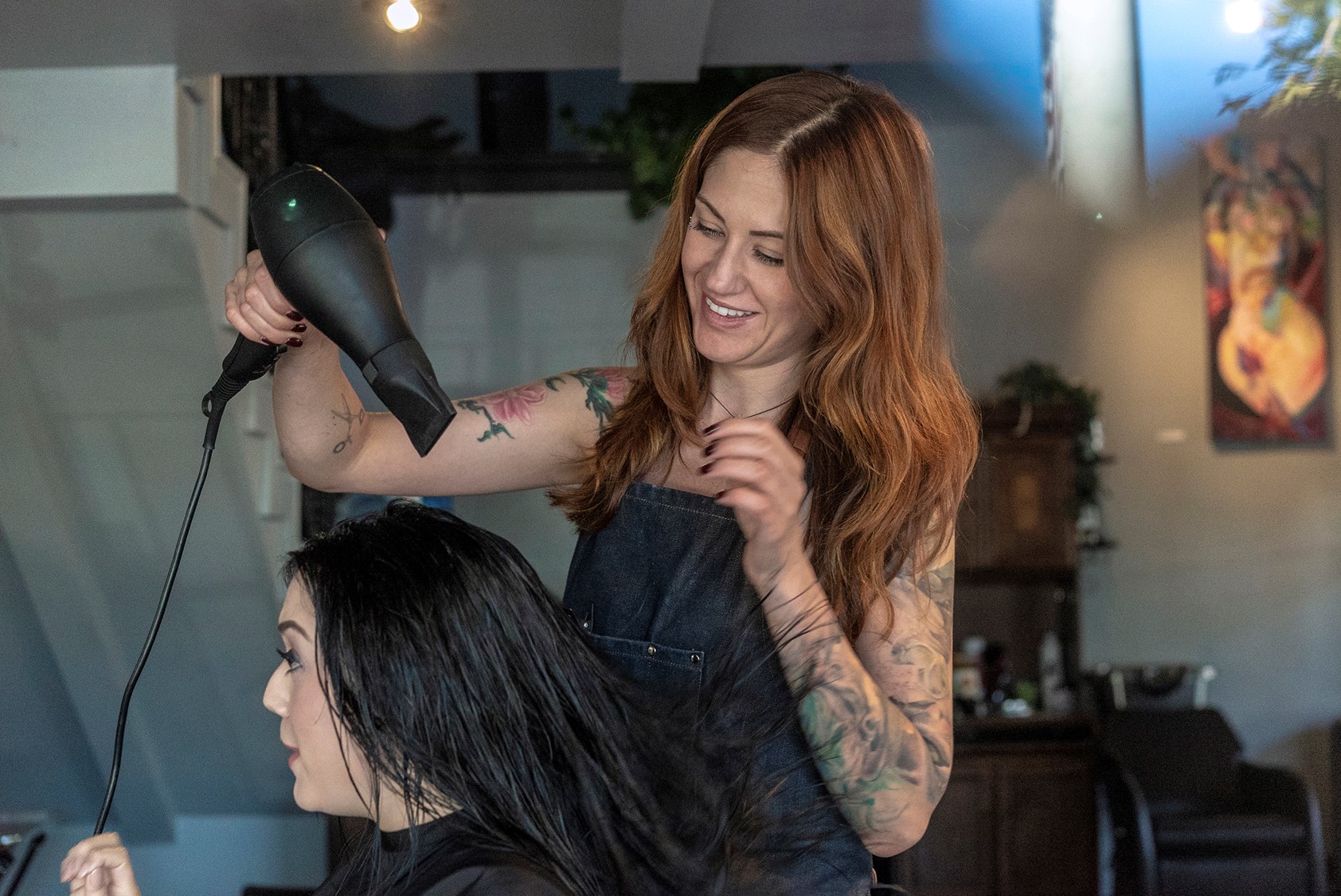 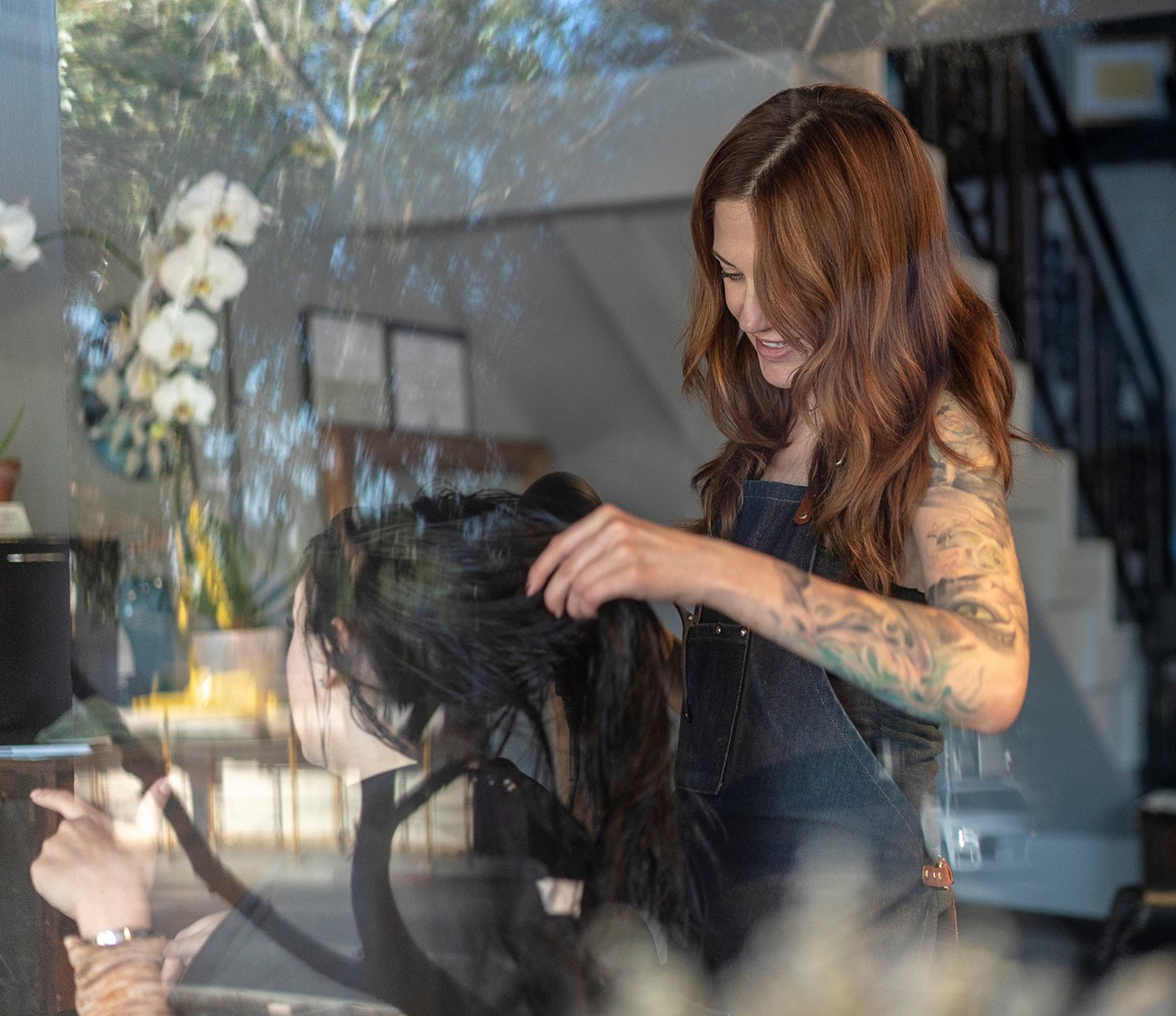