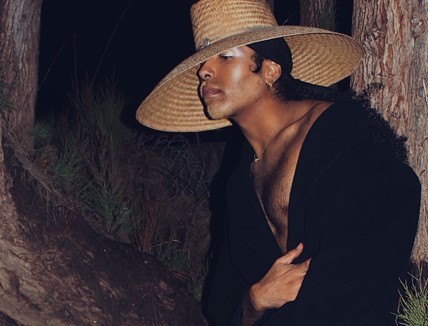 So, before we jump into specific questions about the business, why don’t you give us some details about you and your story.
Well, I’ve always been a pretty musical and creative, albeit shy. Kinda ironic. Despite my shyness overall, There were a few people I was really comfortable being totally myself with, particularly my nana (grandma) and my mom and a few of my cousins. I would always “perform” for them and trying out new skits or songs I made up or the latest Disney song I learned, or my newest painting and drawings.

As kids, me and my cousins use to make up dance routines in our rooms and then perform them for family members, or we would sing Aaliyah and TLC and Usher in the backyard lol. Being all together and part of a unit definitely helped me to be less shy. It was just fun and creative and cool. I think those times really solidified my love for music though.

Eventually, I started singing in church and in the choir, and it just became a natural thing for me to sing. I ended up going to an UBER conservative/repressive high school. It was like a soul-crushing institution that totally sought out to destroy any sort of creativity or individuality. Those were hard years, but the only thing that kept me sane and somewhat grounded was being in the choir and performing.

Luckily, my sister is an artist, and I grew up going to her art shows and being surrounded by her paintings and alternative friends. So I definitely knew there was a place for me out there. I just wasn’t able to experience it. It wasn’t until I went to college that I was able to find some freedom.

I started to explore different kinds of music/musical training and just get into alternative music and art scenes that I was only previously allowed to look at from a distance. That was such a dope time in my life. I really appreciate it. I wrote my first song at 18 and looking back it was total trash hahaha, but I kept writing and found that I had an affinity for creating music so I’ve kinda just been hustling and writing and creating and singing in groups or singing backgrounds since.

In 2017, I attempted to create a solo project that sorta fell apart. It wasn’t the right timing, and the person I was working with didn’t see my vision, and we did not end on amicable terms AT ALL! After having some pretty lousy experience with producers I kinda just took a break and tried to get back to the WHY. Why do I want to create music?

Who do I want to make it for and WHAT exactly do I want to say.. it ended up being kind of a good jolt on my journey. I have way more direction and intention with my work than I’ve ever had. So now I’m working on my first project, an Ep titled Decay due out in April that I’m so excited about. I also have a song I co-wrote with this dope artist VIAA. The song and video should be dropping soon, so I’m excited for the overall momentum.

Great, so let’s dig a little deeper into the story – has it been an easy path overall and if not, what were the challenges you’ve had to overcome?
I don’t know if anyone pursuing art with any sort of integrity or credibility has a smooth road. There are always going to be things you struggle with as a human. Add to that the deep emotional awareness of being an artist, we gon’ process on another level. I grew up in SoCal just outside LA, and SO many people I know from the music/art/dance scene have gone on to have success in their own ways.

So I struggled a lot with my art because I constantly compared myself to my peers which ended up making me so fearful to start. I was completely paralyzed by the thought that my stuff wouldn’t be as good as theirs. Eventually, they kept making and producing art, and their music continued to evolve and elevate while I was still too afraid to even begin. Learning to just be confident in my own art and my own intuitions as an artist/vocalist and a musician have been one of my biggest struggles.

Aside from that, there are so many obstacles artists face like bad contracts made in haste, sleazy producers, teams that don’t have your best interest in mind, people that take your money and don’t deliver on their promises or in quality…. and I’ve hit every one of those. So I can’t say that my journey was all too unique there lol. I will say that every one of those experiences has made me so much wiser and grounded and honestly gracious.

We’d love to hear more about what you do.
I like to think my music is a mix of soul and gospel. Add some alternative indie vibes with a sprinkle of hip hop sensibility. It’s definitely darker. Especially this first project Decay. It’s dealing with ancestral traumas. Masculinity and what it means to be a man of color and things I’ve experienced. It definitely has an ancestral feel.

I want this music to be for the outcasts, for the queer black and brown kids, the black and brown men, and women who don’t feel like our stories or experiences are being represented. I want to tell our stories and show how beautiful we are no in comparison to mainstream art or beauty but just because we exist.

I’ve definitely taken cues from artists like Prince and Janet Jackson. My mom to this day almost exclusively listens to gospel music or Motown so I would say that is a huge influence melodically.

I also love artists like Erykah Badu, Moses Sumney, Blood Orange, Solange, Sade. FKA Twigs and Arca are some of my biggest influences as well. It’s a bit of a mosaic in my opinion. Pulling little pieces of inspiration from around me and filtering it through my artistic lens.

What moment in your career do you look back most fondly on?
My proudest moment? Hmmm… I was given the opportunity to perform at Echo Park Rising last summer, and that was a really cool moment for me. One of the organizers hit me up on my birthday and was like “yo, happy birthday. I want you to play my stage at EPR. Stay tuned for more information” like she didn’t even have to ask because, duh, of course, I was going to do it.

It was my first time playing a festival, and I was SO ecstatic to have been given the opportunity. I planned a dope little acoustic set and long story short my musicians ended up not being able to do the show due to other contracts they had, my replacement bailed a week before the show, my looping machine broke, and I was too broke to replace it. Like things were just being extra for no damn reason.

So I really started freaking out thinking that I wasn’t going to be able to perform. Like I had been given such a dope opportunity, and it was going to pass me by. I remember being SO stressed. So like two days before the show I still hadn’t found a replacement for my guitarist, I was struggling to make a shitty looper pedal work for me, and I was thinking ”ok just call the promoter, tell them what happened and bow out gracefully.

Eat whatever tongue thrashing they’re gonna give you.” So the next day I was on set for a music video for my friend, and she was just like “it’s all gonna work out. You’re gonna be on that stage. Trust the work you’ve put in. If it’s for you, it will be. Now go make the call” So I called up the promoter and told her my situation, and within two minutes she has a guitarist and equipment ready for me to use.

I was like SO shook and relieved. Like I was effervescent yo lol!! It was such a moment for me. I learned a lot about ASKING for help and not trying to just internalize and manage everything myself. The show went well. I felt amazing on stage. I got to open up the night, and it was an amazing experience overall. It felt like such a victory. I’m really proud of that show. 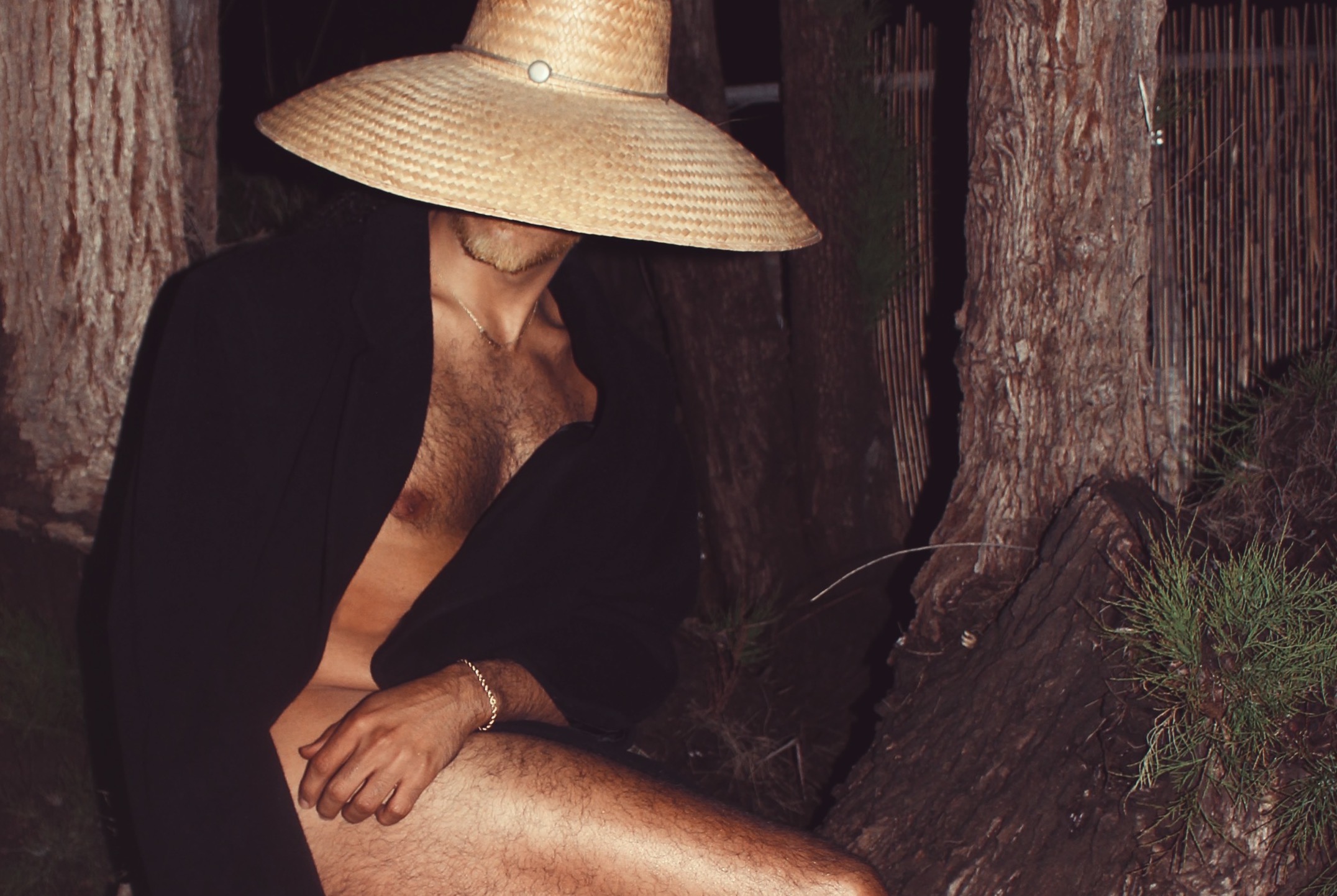 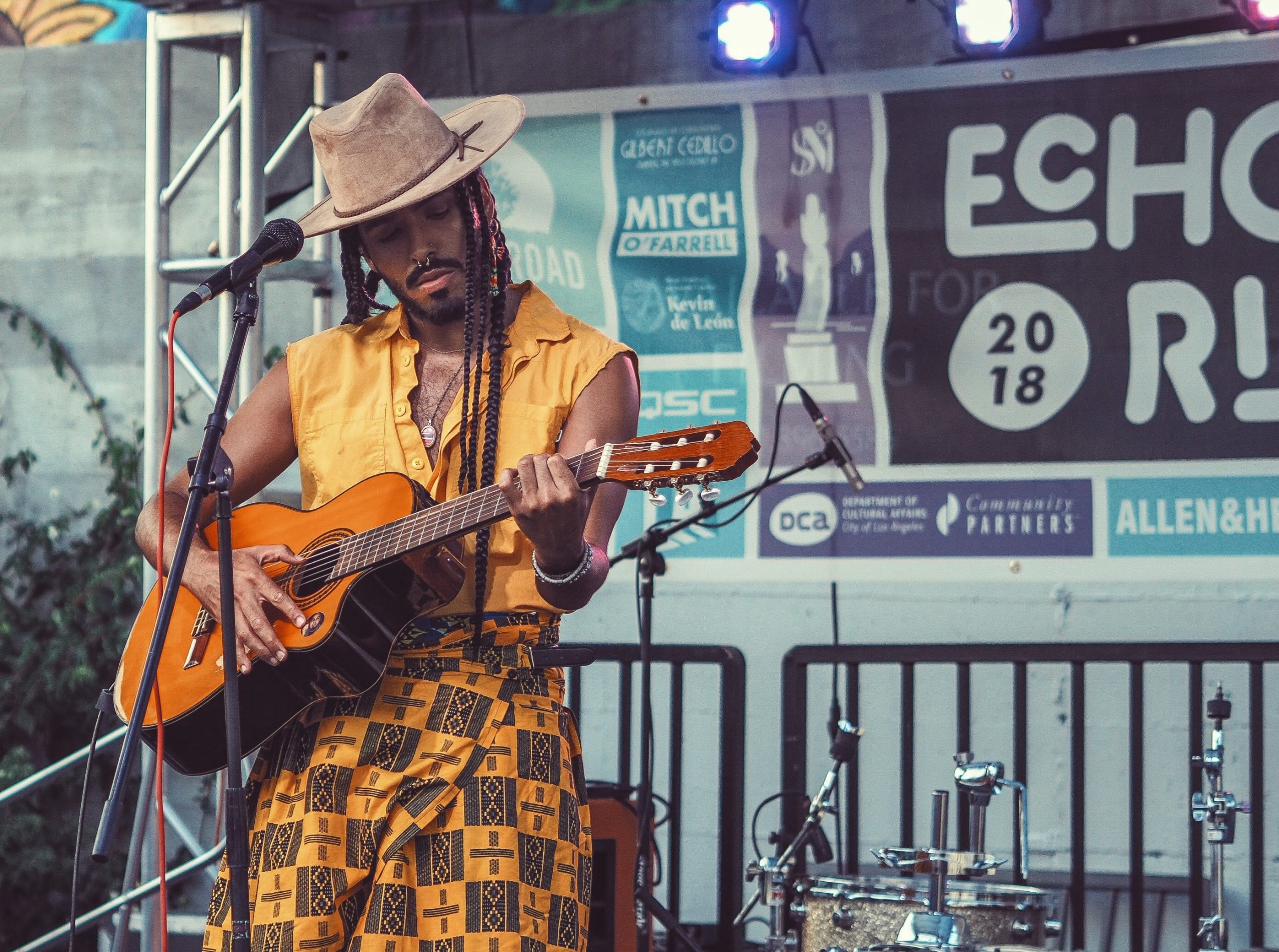 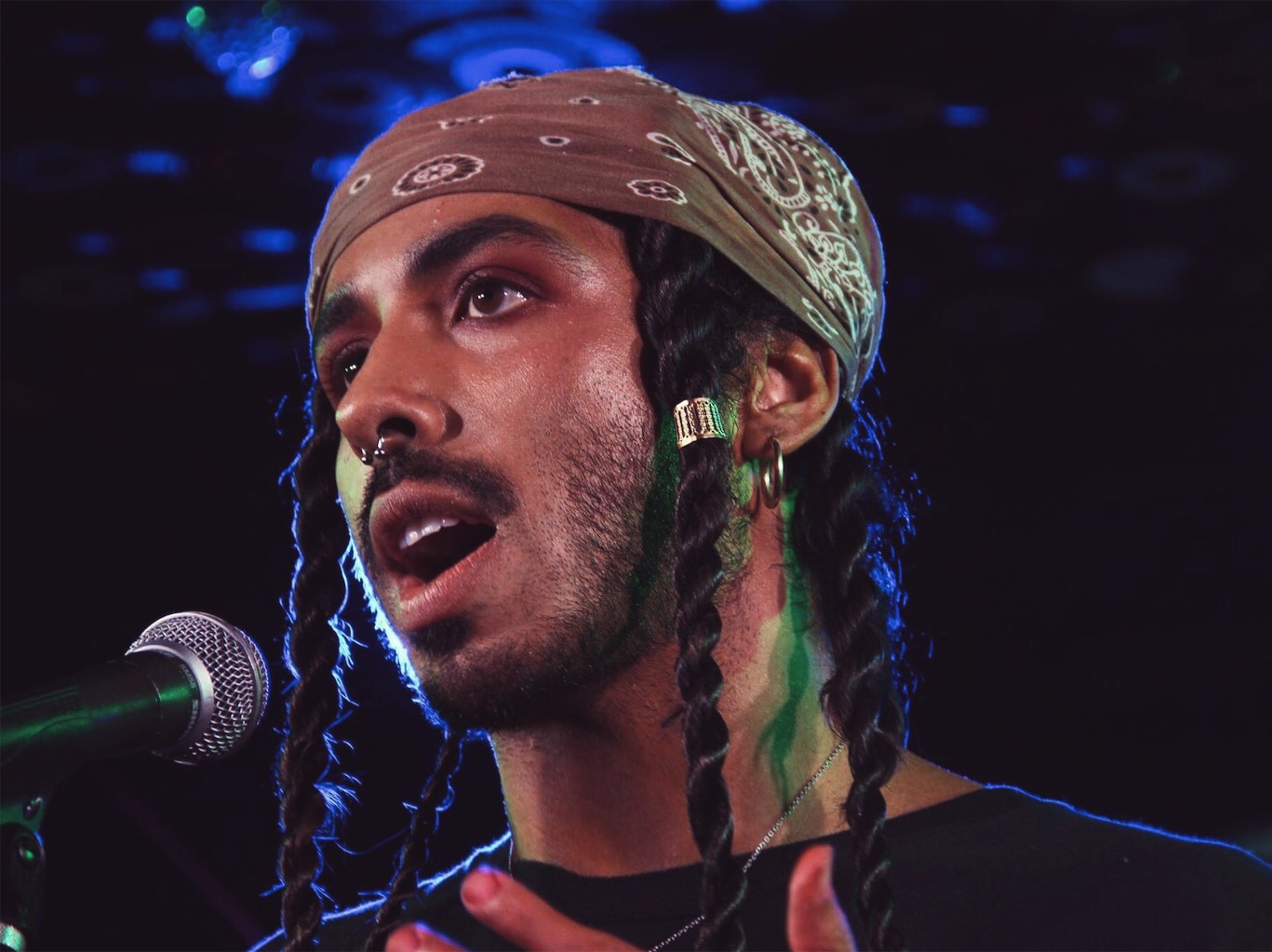 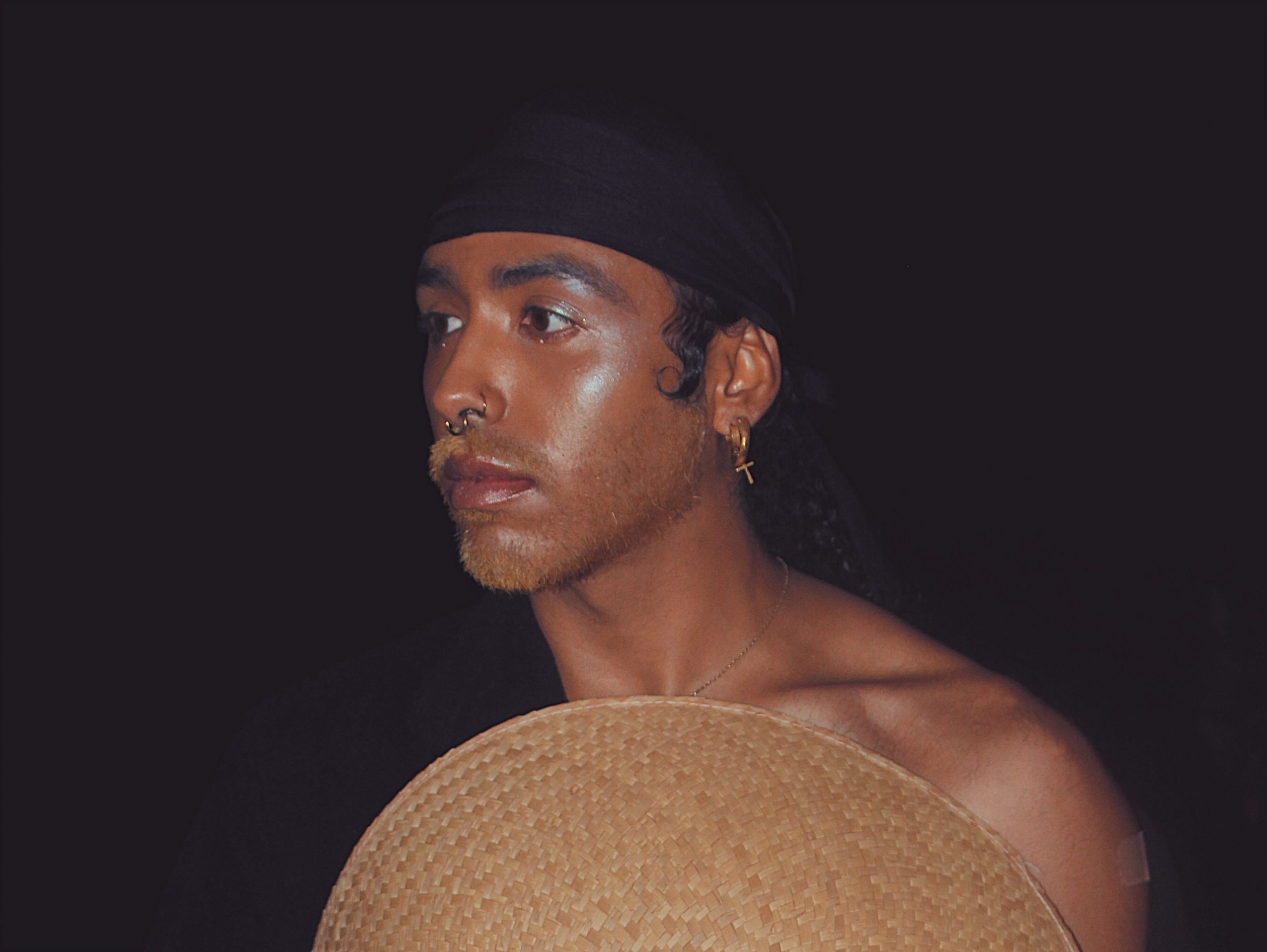 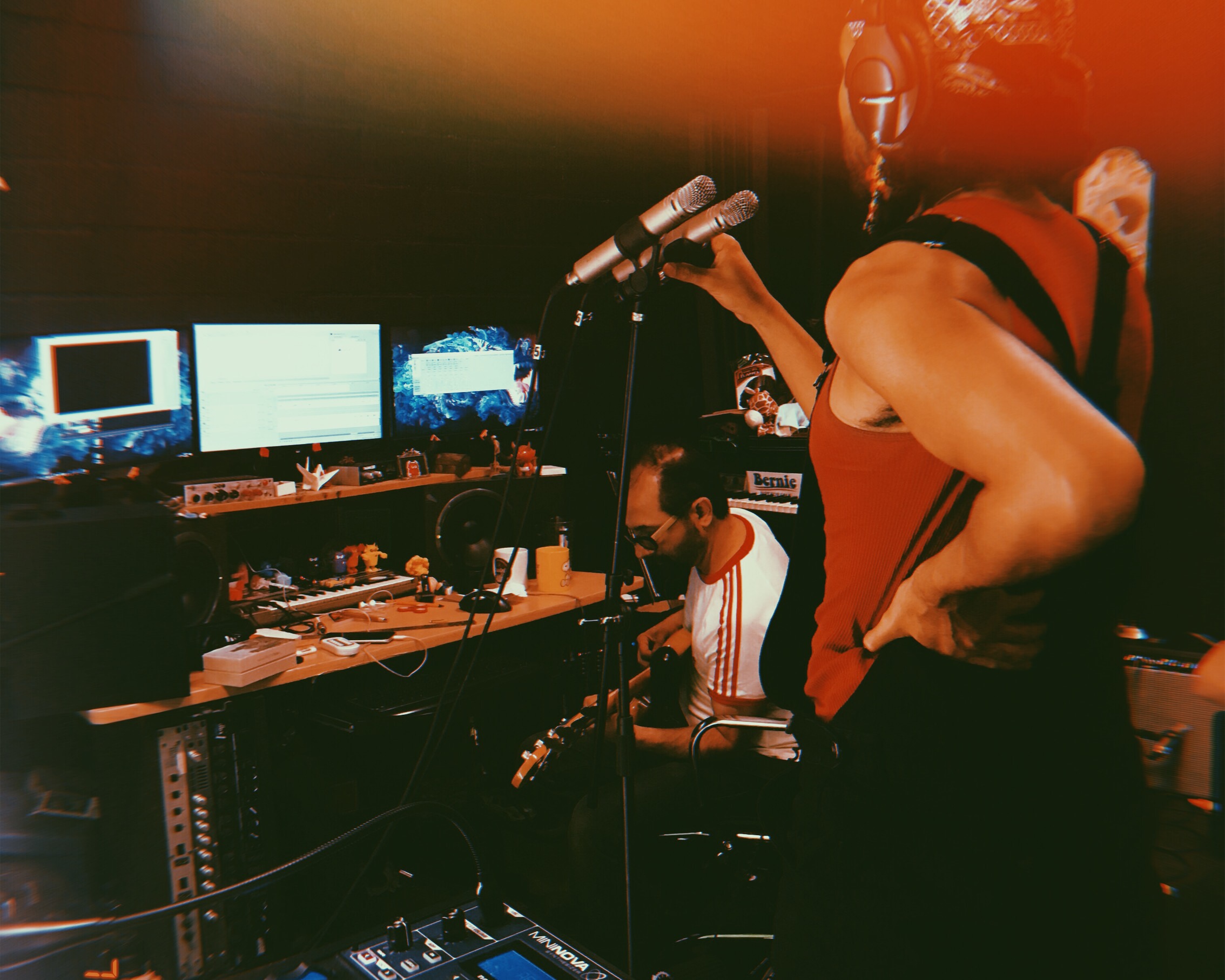 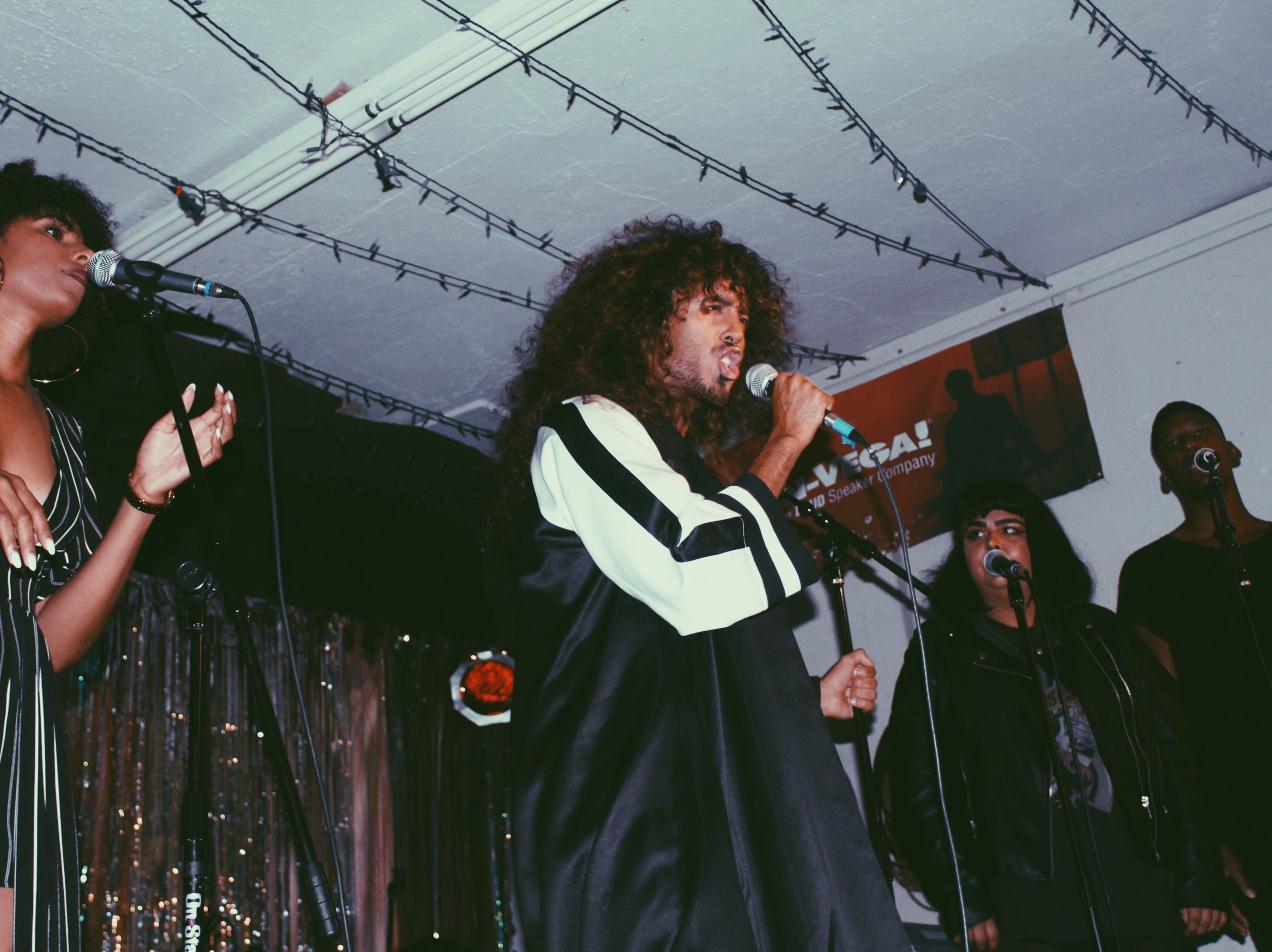