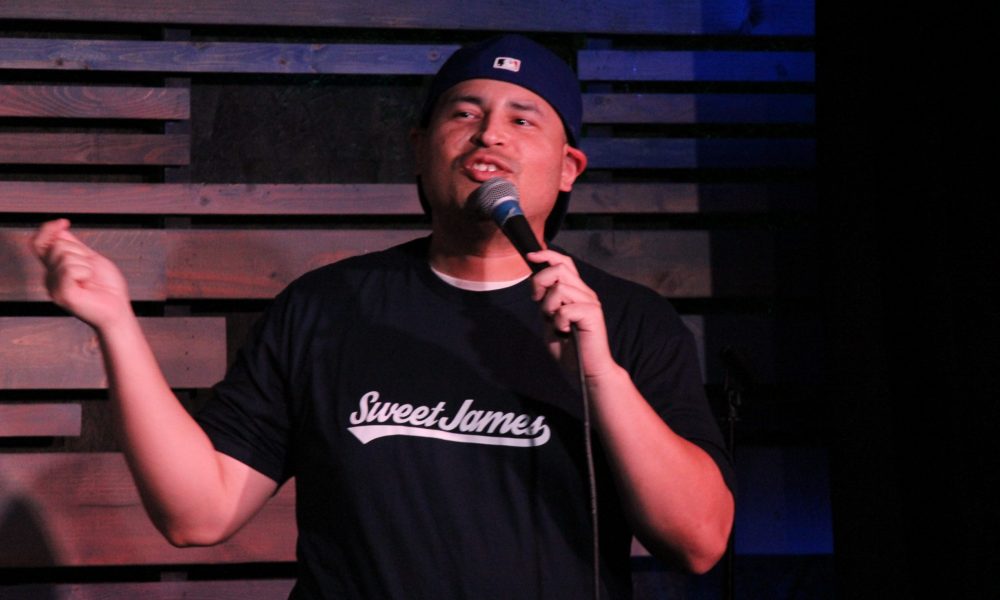 Today we’d like to introduce you to Jerry Hernandez.

Thanks for sharing your story with us Jerry. So, let’s start at the beginning and we can move on from there.
I’ve been interested in comedy since I was old enough to consume it. As a kid, I read a shit-ton of Mad Magazine and that definitely led to me being interested in writing comedy. I was going to community college at Santa Monica College for political science and while I was being disillusioned by the political landscape, I realized that the school had a pretty cool film program and I started taking classes. Like any true genius, I quickly shifted majors to film and got into Long Beach State University.

I was pretty excited about learning production and this led me to an internship at a PBS station, KLCS, which is owned by the LA Unified School District. While there, I realized that learning on the job was way more fun than being in school, so in another genius move, I dropped out of film school and worked full time in production. While working at the station, I started writing scripts and finished my first shitty feature which was just a fucking disaster. At work, I met my friend, Anthony Bankston, who was also a writer. He introduced me to my first writing group.

I was writing and working in production until district budget cuts led to me being laid off, so I became a full-time (unpaid) writer! I had a decent amount of money saved up, so once I had no job, I started taking sketch classes at UCB. Once I finished there, I was a sketch comedy free agent until I joined the amazing team, The Color Collective. While doing a sketch, I continued writing screenplays and pilots. One of those pilots got an eight on The Black List and got me into the National Hispanic Media Coalition TV Writer’s Program. If you’re wondering what happened to my savings, that dried up and I had to take a new job; office manager at an HVAC engineering company, where I’m currently at as we speak!

Overall, has it been relatively smooth? If not, what were some of the struggles along the way?
Tom Cochrane’s full of shit because life is not a highway unless he meant it was a destroyed freeway road. It hasn’t been a smooth road, but to be honest, I’ve learned to appreciate the hardships that come up while I’m on this weird attempt to have a career in comedy. It’s insanely hard being a Latino person in Hollywood. The business people don’t think you can do the work and they don’t want to hire someone who looks like me. It’s slowly changing for the better and that excites me, but to say that the door is blown wide open for Latinos in entertainment would be a lie.

Tell us more about your work.
I’m a writer/director/producer and I’m currently trying to make more online content. I’m really proud of the musical I and my friends, Ali Lu and Maria Felix, put on earlier this year called BIDI BIDI BANG BANG. I won’t go into too much detail here, but it’s the “true’ story of Jennifer Lopez’s rise to fame. I’m proud that we made a show with an almost-all Latinx cast. It’s a really funny show and everyone involved did such an amazing job.

Any shoutouts? Who else deserves credit in this story – who has played a meaningful role?
My parents deserve all of the credit. They support me way more than they should, but I’m really proud that they believe in my crazy dream. They’re amazing and I’m very fortunate to have them in my corner. My writing mentor, John Herman Shaner, deserves so much credit for helping me find my creative voice. He’s not just a mentor, he’s like my writing Yoda. He’s a man who’s taught me so much about this business and is a big part of why I’m at where I’m at.

This last year, the folks at NHMC have also been supportive of my career and I’m so proud to know and work with such an amazing organization. My stand up/sketch friends and writing groups are also a huge part of my support system. All of these people help shape me into the person and writer I am and for that, I thank them and love them so much.

I want to thank my sketch teams Color Collective and Latinx Pechanga for allowing me the opportunity to write and create with some amazing, talented people that have become friends. I also want to thank Nicky Urban for allowing me to write (and for October, head write!) on her show, The Nicky Urban Show. She lets me pitch and write some of the crazy shit and I am so grateful to her for that! 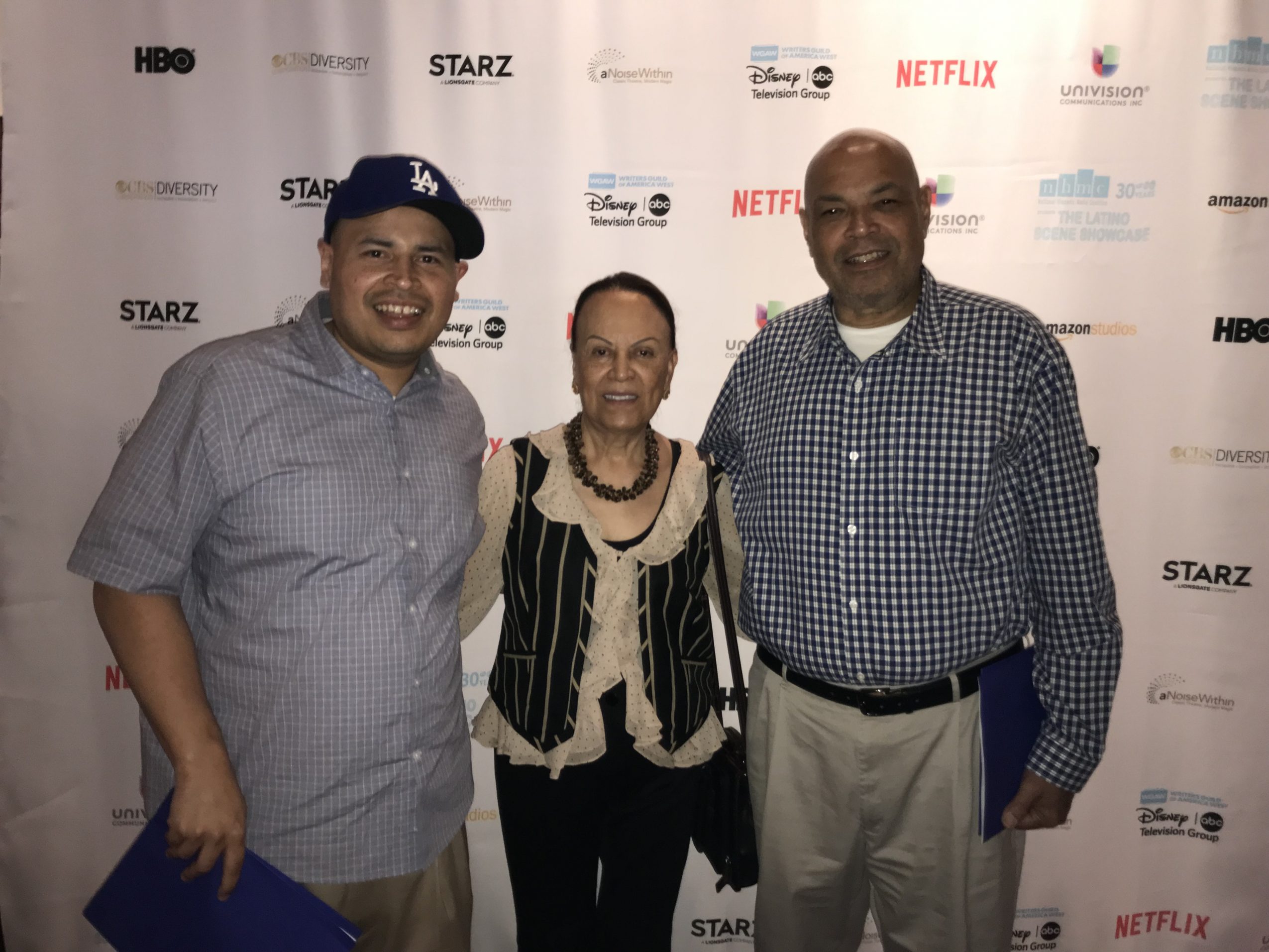 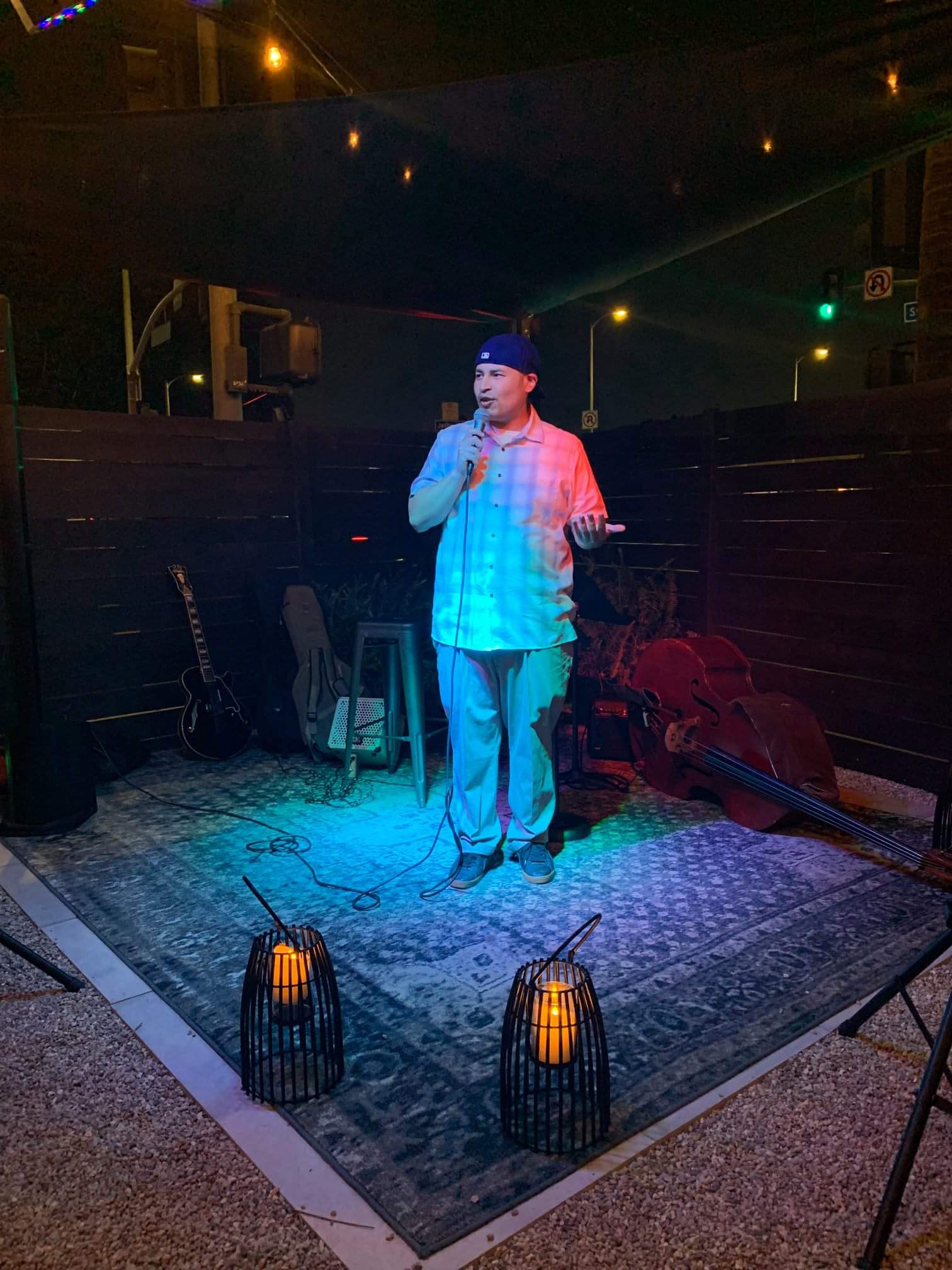 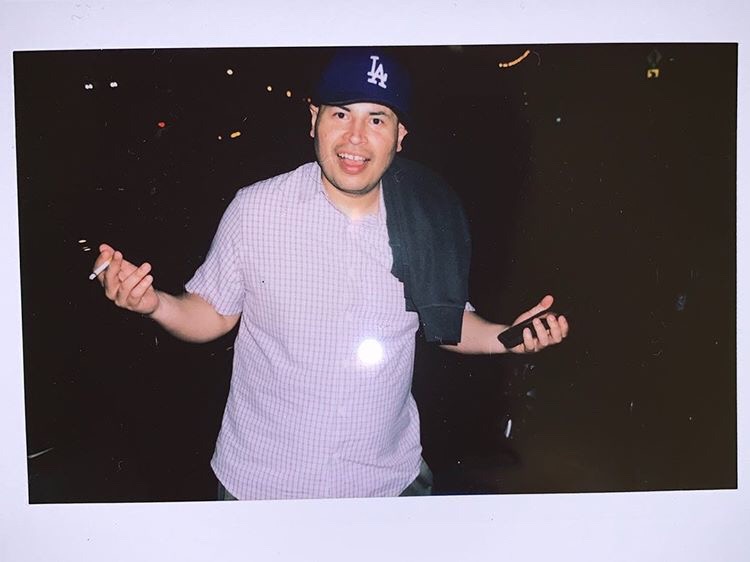 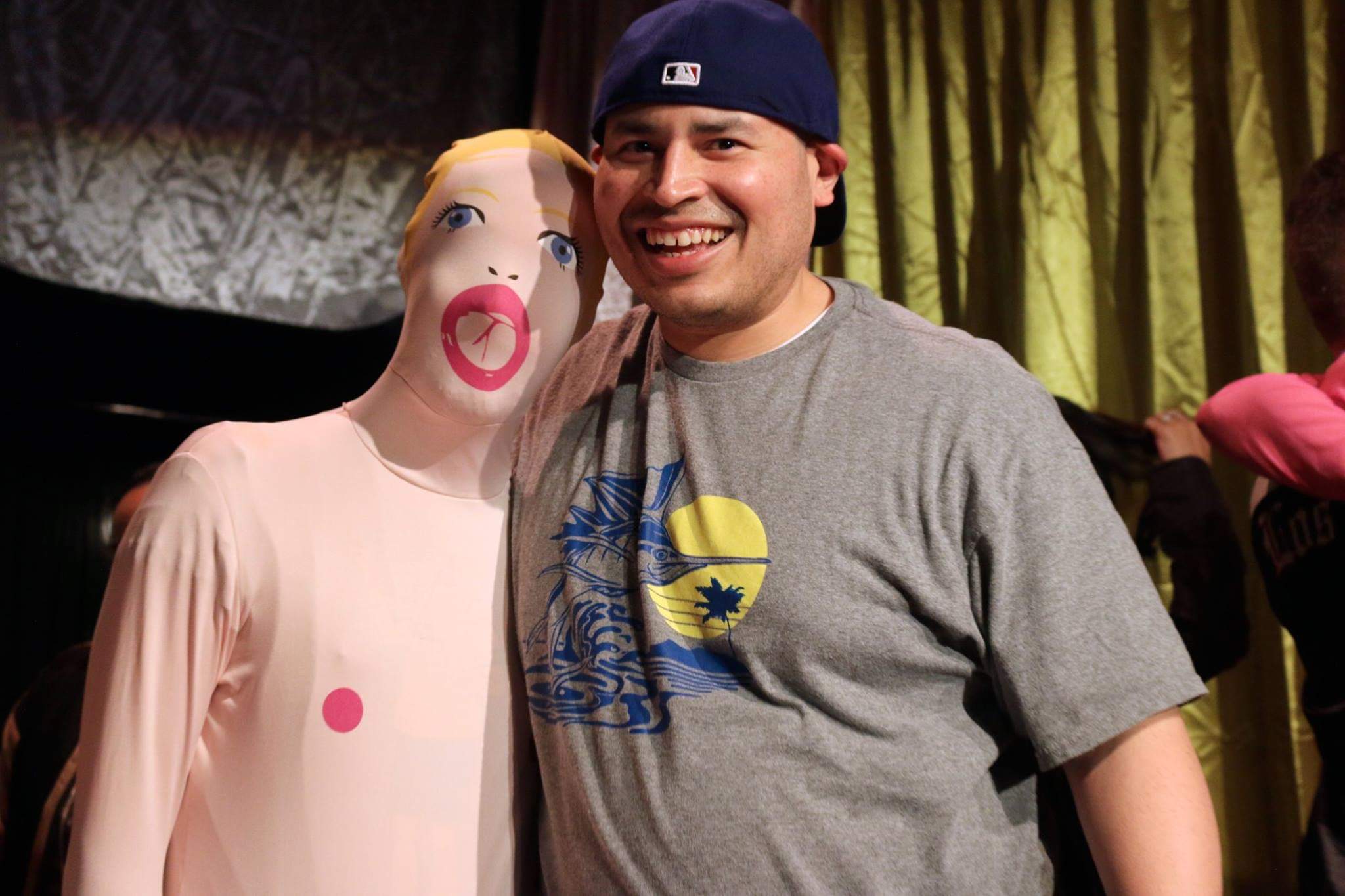 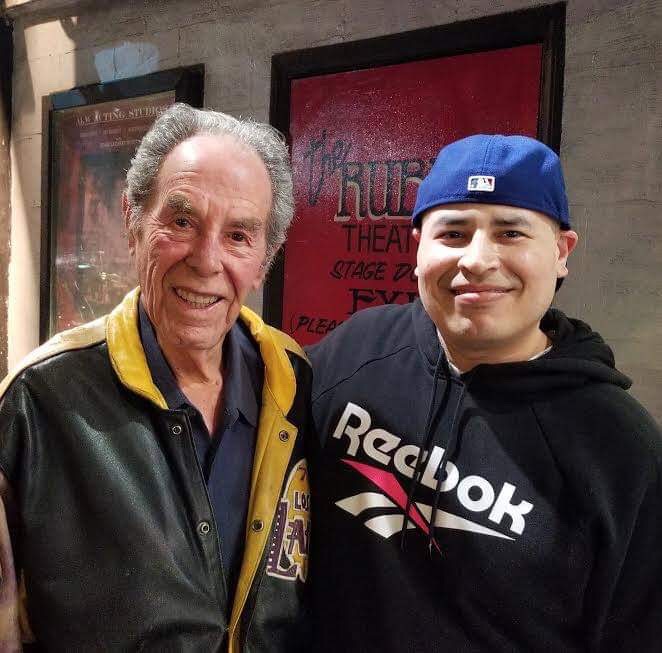 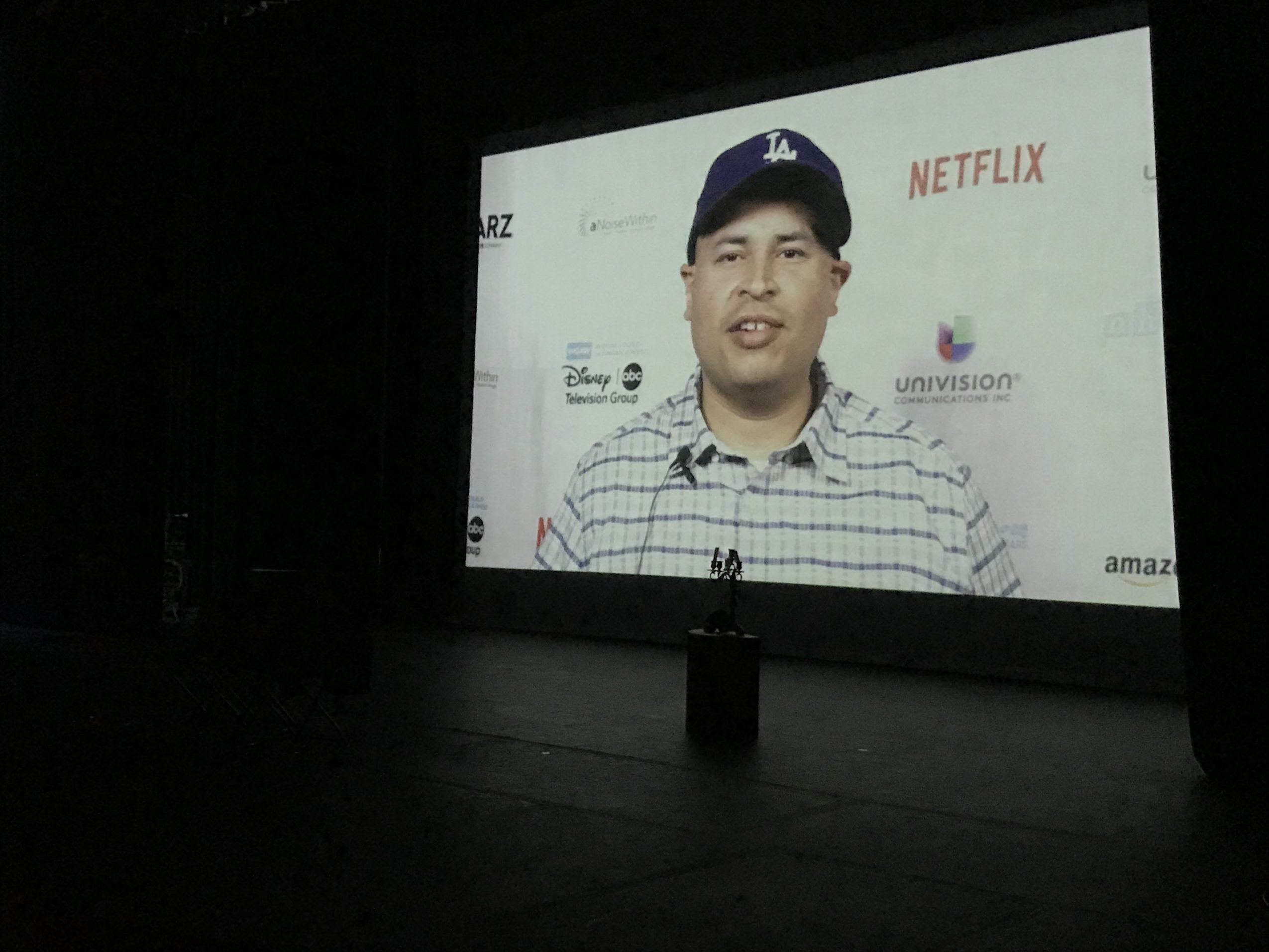