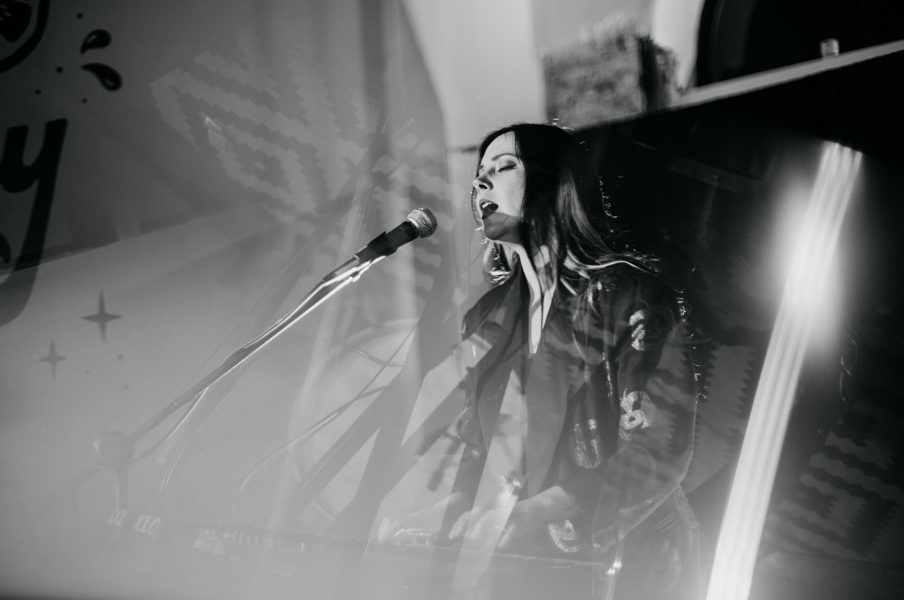 Today we’d like to introduce you to Jerika Hayes.

So, before we jump into specific questions about the business, why don’t you give us some details about you and your story.
I was raised in a small town by a single mom who always supported my creative side. Thankfully, she put me in lessons as soon as possible, and I have been playing piano since I was four, and have been writing songs since I figured out that I could (probably around 6, my first song was “Rub-A-Dub-Dub” about taking a bath). I wrote music all through Junior High and High School, played in jazz band, church bands, hardcore bands, joined choir and dance, basically whatever would get me surrounded by music and preferably, on a stage.

When I went to college, I majored in music (Jazz Studies to be specific), but I basically gave up writing my own music or pursuing it seriously. I didn’t get accepted to the program I wanted at a different school, and thought maybe that was a sign it just wasn’t meant to be. I turned my focus to other musical outlets. About halfway through my senior year however, I had this incredible change of heart, and suddenly began writing again.
And I wrote in a fever.

I wrote and wrote and arranged horn parts and found a solid band composed of my two closest friends (one my then-boyfriend now-husband). I played shows again and I realized that this is what I have to do because it is absolutely the only thing that made me so inextricably filled with joy. I had buried it and convinced myself for so long that it was an impossible feat because my fear of failure and disappointment had won.

But in the time without writing, I grew as a musician, and emerged stronger and wiser and with a clear vision of myself as well as my musical goals. It’s funny because if I would have gotten what I wanted back in 2011, I firmly believe I would have none of the amazing things I have now.

So in 2016, I put out my first EP since the little one I made back in High School with my brother. This one featured all real instruments. Horns. Layered keyboards and sounded exactly how I wanted it to. ‘Songs For Sad Girls’ was my pride and joy. In the fall of 2016, my band and I embarked on a small D.I.Y tour of the west coast and it once again solidified this is what I wanted more than anything to do.

I started playing more shows, tried to make my online presence better, built a nice website, and really threw all my eggs in the music basket. I am insatiable. Frustratingly so. 2016 turned into a rough year (I think most people can attest to that). Most of my best friends moved to different states. My priest/boss/confidant moved to Ohio. My grandfather died. My EP wasn’t doing as well as I’d fantasized. Trump was elected president. My life left a little hollow.

Fast-forward to 2017. I wrote an immense amount of music during those dark times and got it in my head I should make a record. So I did. I saved and wrote and sobbed and screamed and created the best thing I think I possibly could. “Sower”, a 64-minute 12-track record was birthed into the world on November 17, 2017. It’s been a little rough since then too. Maybe not to someone else, but to me, I have a hard time being proud of myself and sometimes canNOT just chill (Insatiable, remember?) But the darkness always makes the light a little sweeter.

I launched a Kickstarter to get “Sower” pressed on vinyl, and by a miracle and friendship, I got it! I’ve gotten to play in New York several times, I’ve played at two festivals now, and am slowly building those Instagram numbers (I hate that I have to care about that kind of stuff). You can even purchase my record in several local record stores, which is one of the coolest things I have going for me!

Trying to be a songwriter and performer will continue to be a constant struggle. A battle of self-doubt and ego, victory and another crushing “no thanks, it’s not really for us” email, it’s being persistent even when there is no visible light at the end of the tunnel, or like throwing darts across the room with a blindfold on just praying something sticks. Basically, it’s being in a constant state of desperation and frustration. But I’m okay with it. I’ve come this far right? I started with nothing and now I have something. Of course, my something isn’t what I eventually want, but baby steps are still steps and I’m still walking toward the bright and deafening sounds I hear in my heart.

We’re always bombarded by how great it is to pursue your passion, etc – but we’ve spoken with enough people to know that it’s not always easy. Overall, would you say things have been easy for you?
There have definitely been challenges and obstacles along the way. I had a hard time, and still have difficulty, finding my people. In college I was kind of the odd one out in my musical style and that continued after college when I really started trying to perform and make other musical friends. Thankfully I DID make friends, no matter how different we may sound, but it’s always been a struggle finding the right line-ups to be a part of, or the right venues. I’m too loud for a most coffee shops and too weird for most bars! Also, financials have always been a struggle. Without a label it’s difficult to fund records and tours and all the things you envision for yourself while working 3 jobs, but the independence has let me have total control of my art and that is exciting. Pursuing a career in music as someone who really likes to have it all figured out is also very emotionally taxing and there have been many dark times wondering if it’s even worth it, and a lot of doubt and frustration. It is of course, very worth it in the long run though, and the little victories keep me going.

So let’s switch gears a bit and go into the Jerika Hayes story. Tell us more about the business.
I am a pianist, songwriter, entertainer, and at the end of the day, I’m just hoping my music can make the world more beautiful. I’m always trying to put more love and beauty in the world, and even though my music isn’t always exactly happy, it lets people know they aren’t alone, and it’s definitely easier to face struggles and process life together and with a song on your lips. I’m so proud of both my EP ‘Songs for Sad Girls’ and my record ‘Sower’, and I think both of them help to define me as an artist. My music deals with themes of grief, purpose, religion, and friendship, and I pride myself in being comfortable enough to bring out my emotional skeletons often and without shame. Also, the lack of love songs (nothing against them, I just can’t write one), no guitar, all piano led and horn arrangements scattered throughout, are just so ME. When you come to see me, you will laugh at my bad jokes and stage banter with my band, maybe you’ll dance a little, and you’ll feel like we’re all in this, this life, and it’s okay to not be okay all the time. At least you’ll know I’m on your side.

Has luck played a meaningful role in your life and business?
I have been extremely lucky for the friends that I have made who have consistently supported me and encouraged me to pursue music. The friends I have now are truly some of the best and most brilliant people in the world. I’ve also been extremely lucky to have had some incredible teachers in my life, and to have had the chance to be in programs that are rarities in this day and age (shout out to Studio Band!), especially the ones that allowed me to travel and perform with bands. The bad luck I’d say would just be the fact I didn’t grow up here, and making connections and making your mark is harder when you have had an upbringing in a small, rural town, and are also not exactly from rich parents… 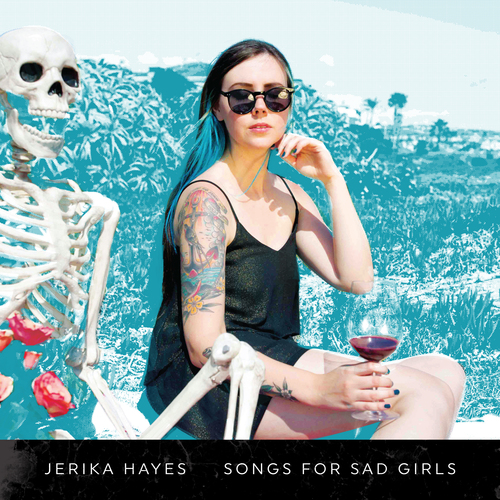 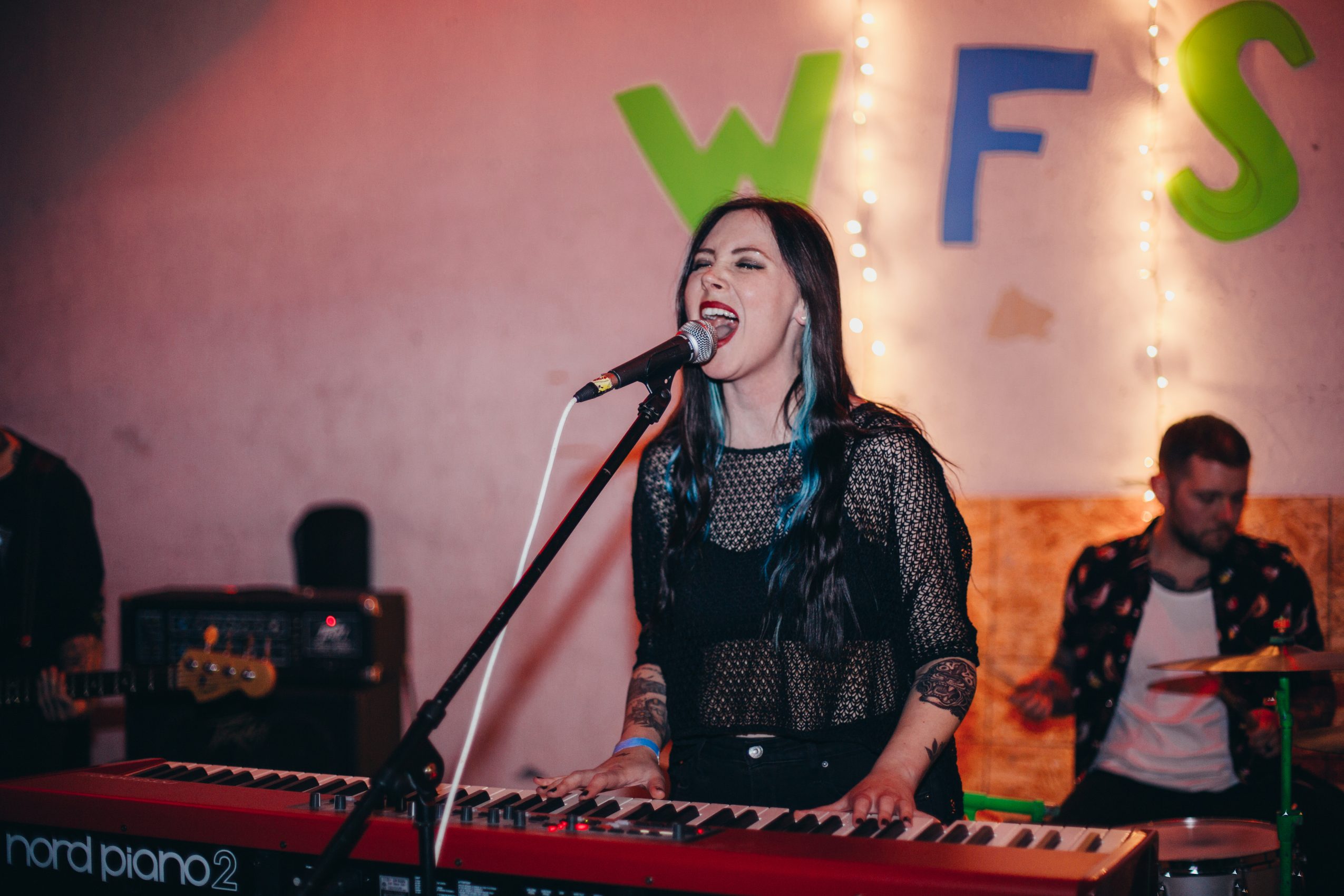 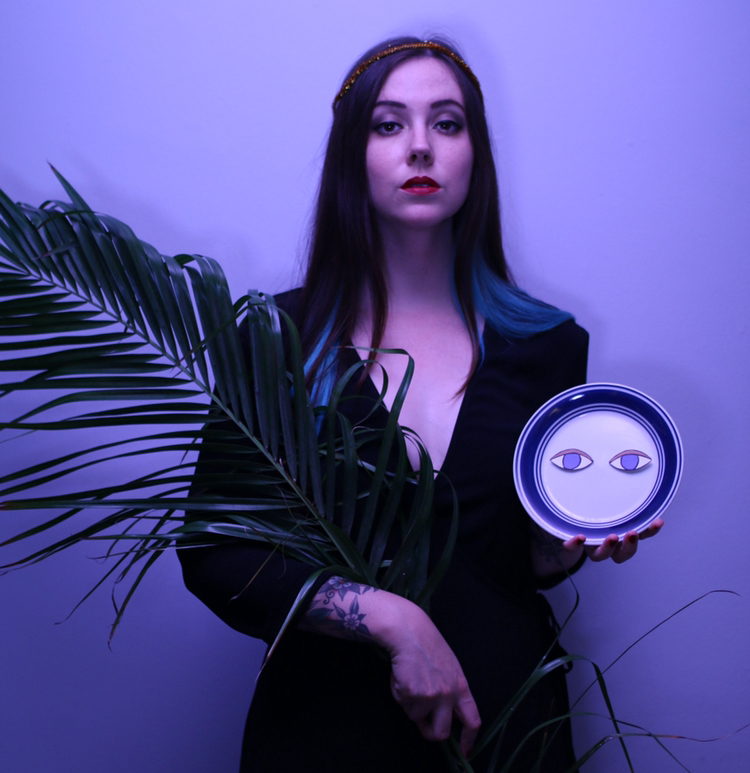 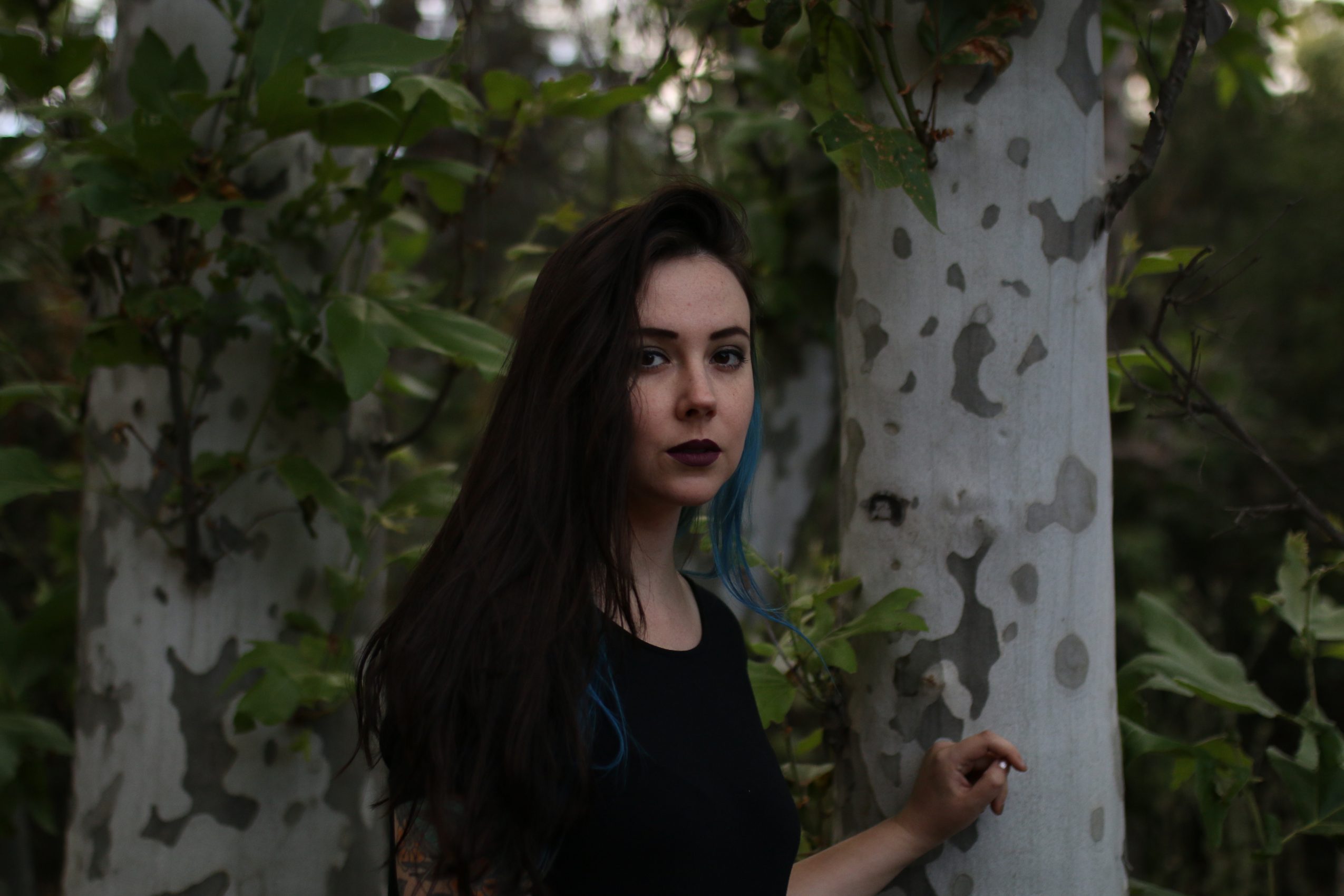 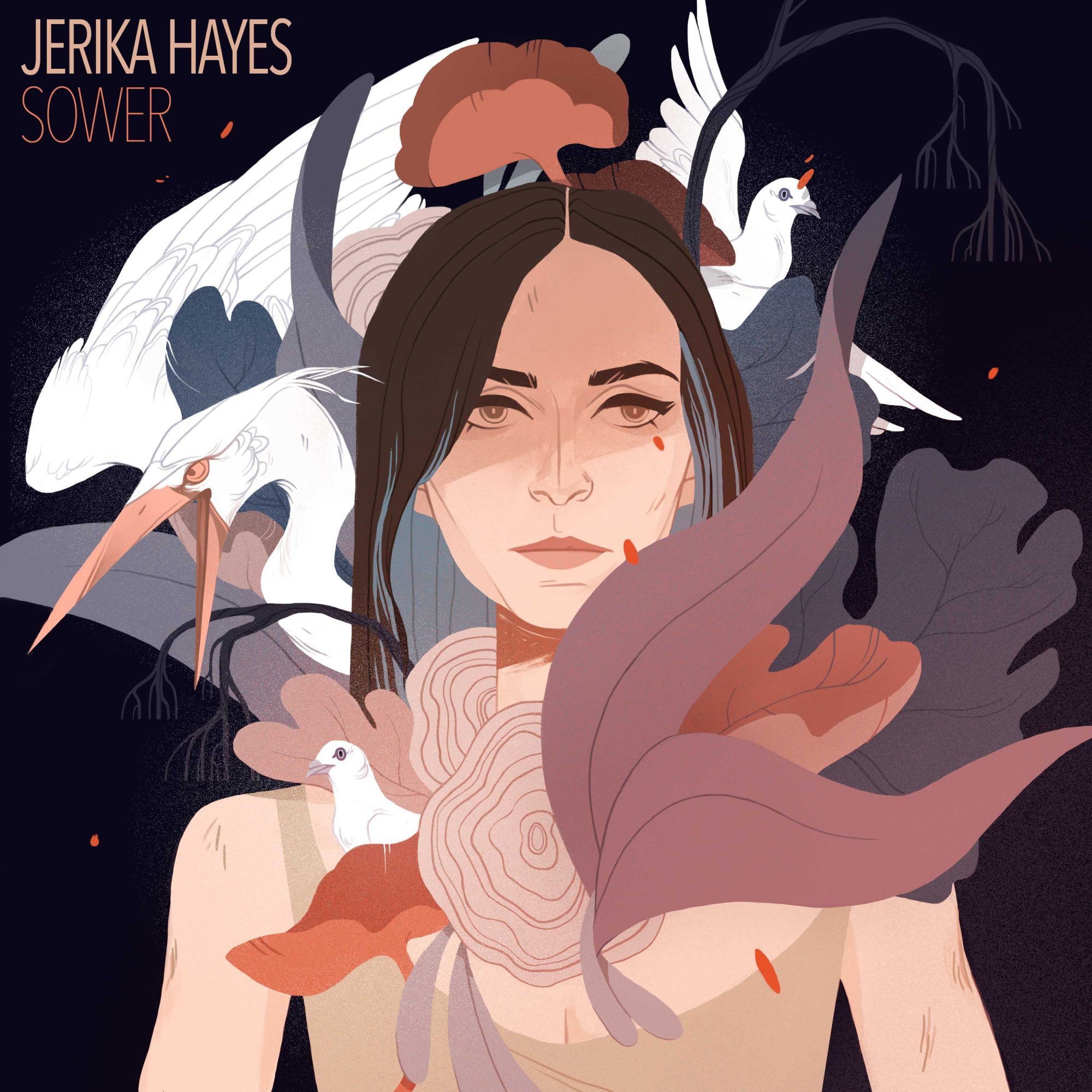