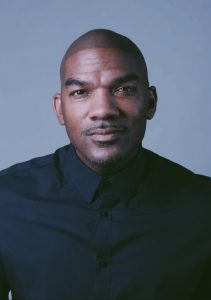 Today we’d like to introduce you to Jeremy “Gumbo” Christian.

So, before we jump into specific questions, why don’t you give us some details about you and your story.
Well I am a LA living creator originally from the boot (Louisiana). I am a comedian, writer and producer. I feel as if im on my second life, because before the laughs, I lived another creative life. Before moving to Los Angeles to pursue a career in tv/film, I was a hip hop artist and label owner back in Georgia & Louisiana. I started a label at Clark Atlanta University with my good friends Tino Pasquier & Roberto Pasquier. Toured, performed and opened up for artists such as Trey Songz, Kanye West (years before the run for presidency lol) T.I., Drake and More.

The music grind taught me alot. It helped me to become more business savvy and how to deal with the different obstacles presented at a young age. I took a break from the music to focus on family nurturing relationships and most importantly personal growth. Like true dreamers, you cant stay off of the journey for too long but I wasnt quite sure where my next journey would be. I prayed for the signs of what to do until a call from my late grandmother pointed me into the direction to follow those signs I’d been seeing. I still can hear her voice over the phone saying ” Your missed your calling” and the pause in my heart that followed. It was very profound, considering my grandparents didnt really call and it was more so a thing that us grandchildren did and in the south, when an elder says ” You missed your calling”, its almost as to say you wasted your life on what you could have been. To say. the least, in a few months later I was on the plane to Los Angeles.

I honestly had no idea what I was gonna do in Los Angeles. I knew i had interest in many things but there was nothing specific in mind, nor did I have a clue how to even get started. It was all unclear to be but going with the flow was my go to move. Thanks to an Elaina Fisher, I got a gig at audience warm for ABC’s Bachelorette. No, I had no idea what that was but I gave me a crash course on faking it to you make it. I faked it and it showed but I didnt mind because that what you do when you go with the flow. You’re good either way. Thankful for that opportunity and not have the opportunity to turn the gig down because it lead me to doing audience warm up for a few show, like X factor, Two broke girls and more.

The wind blew me into the Sunset and Gower office of National Lampoon. With no experience in improv or sketch writing, i became a member of the National Lampoon Lemmings. The improv took me further I began to catch the bug stand up comedy. Did my first show and the Comedy Store and soon after was hired as a host for montly shows that featured greats such as Chris Rock, Kevin Hart, Joe Rogan and more.

I fell in love with this art form and enrolled into the Groundlings, made my way up and around. I enjoyed improv at the Groundlings, but there was a lack of diversity and that lead me to wondering why many people of color were not in improv. Truth was improv was mostly a thing white people did and it wasn’t taught much in urban school. This prompted me to began to teach my own improv to more people of color and creating improv groups. Simultaneously while learning improv I was beginning to book more stand up show and learned to produce shows. I went from Hosting and featuring to producing my very own shows all over Los Angeles. The stand-up and improv shows were gave me the skills to produce good respectable shows such as “Gumbo & Friends” “Highly Recommended” and “Comedy Lounge” . I created and became the show runner “Let’s Be Honest” which was coproduced with two friends Rahul Chatterjee and Ashish Patel. The show has created a following and began to attract industry professional from networks and studios such as Netflix, CBS, MTv and more. As the wind kept on blowing, the experience helped me to land a job on working on MTV’s Nick Cannon’s Wild N OUT as writer and creative consultant.. I worked in the Writer’s Room for two seasons. Working under showrunner Nile Evans, gave me with the tools to polish run my own improv show.

The self produced shows allowed me to continue to grow as a comedian and In 2018, I was invited to perform at the Kevin Hart’s “Hart Of the City” showcase back in New Orleans. I received great response from the audience and producers. The same year I landed my first television debut on Amazon Prime’s “Laugh After Dark”. In a town where credits matter so much, these brands increased my value majorily.

I begin to put my focus working out my first 30 minute stand up special and creating a show with friend Jaron Marquis (creator of Laugh After Dark, Amazon) for Amazon Prime. Unfortunately all of those plans were put on hiatus do to nearly losing my life due to a stroke in February 24th 2020. The scariest thing in my life but as a true comedian we always find the silver linin in it all. I always jokingly say “I guess GOD didn’t think my material was funny enough so he gave me something to laugh it”. With many ups and downs, along with journey ahead of me I found myself preparing for the toughest show ever. The show of my life.

This has been the hardest thing I’ve yet to have to face,and regardless of how difficult this journey is, it chose to use it to my advantage and not let is use me. I embrace the journey that has gotten me here today. Despite this stroke all the while a pandemic, I embrace the challenge to making this comeback happen and continue to use my walk to inspire as it has always been part of my story.

Great, so let’s dig a little deeper into the story – has it been an easy path overall and if not, what were the challenges you’ve had to overcome?
This path has definitely not been easy by any stretch of the imagination… I am an optimistic person yet at the same time, my struggles are inevitable when you have BIG DREAMS.

Hollywood can be very cliquish and if you aren’t in some of these cliques it can be very difficult to move around. Being that I am not one to clique up or be of one particular group, it presented challenges to chose who to do business with. I believe in creating your own circle and creating your own opportunities.

Currently dealing with my stroke recovery has put all of those obstacles to shame. Out of all my obstacles, this one has affected me not only physically but mentally, psychologically, spiritually and emotionally.

We’d love to hear more about your work and what you are currently focused on. What else should we know?
As I am currently rehabbing, I’ve gotten some normalcy back and I’ve been focusing on creating as much valuable content as possible during this quarantine. I am currently producing a digital roast with comedian Micheal Blackson “Roast Me Modasucka”. Working on a new podcast and digital late night show “Better Late than Never”.

What moment in your career do you look back most fondly on?
This is difficult to choose. I don’t think I have one single proudest moment… I feel that they all have individually affected me collectively. Landing a writing gig for MTV’s WILD N OUT, my comedy DEBUT on Amazon Prime and producing my own shows have all been amazing. They’ve all helped to design who I am as an artist today.