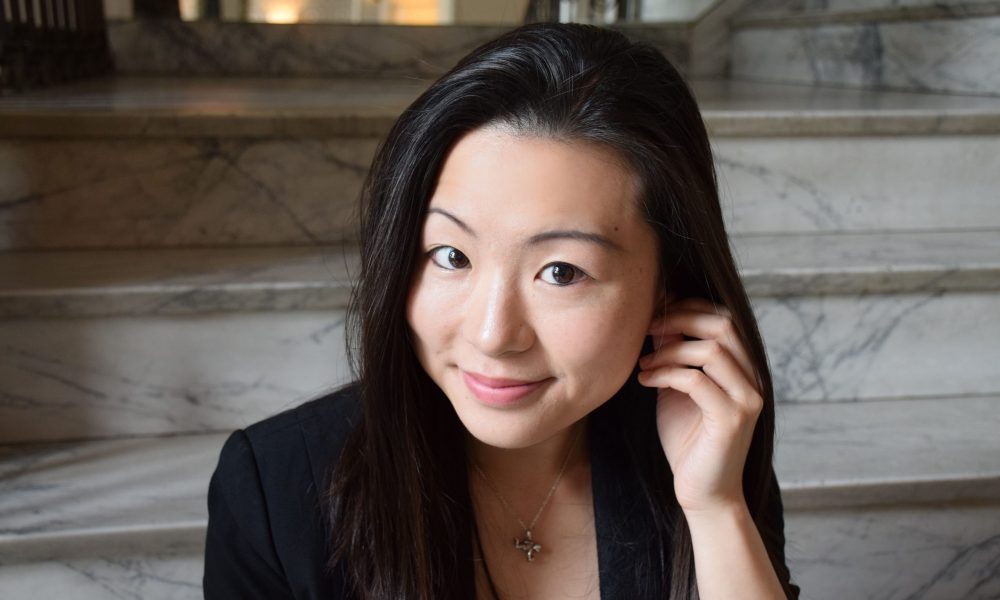 Today we’d like to introduce you to Jenny Wong.

Jenny, let’s start with your story. We’d love to hear how you got started and how the journey has been so far.
I was born and grew up in Hong Kong for twenty years, where I first started singing in choir at six years old, and where music was largely not looked at seriously as an actual career at the time. After graduating from university, I had a wonderful job teaching high school and thought my life was set. At this job, I started conducting and found an indescribable fulfillment as well as some local and international success, and realized that I had a gift I had no clue I had for the past twenty odd years. I travelled to the United States for graduate school with no real plan for the future, but a sense that conducting was my calling, and a desire to become really good at it. As a child, I used to joke with friends in Hong Kong that I wish somewhere in the world there could be a job where I could just be in choir everyday.

Today, I am the Associate Conductor of the Los Angeles Master Chorale, the largest professional chorus in the country, working daily in a dream job with world-class artists. We are one of the resident companies of Walt Disney Concert Hall, where we present our own season annually. We are also the chorus for most of the LA Philharmonic’s performances with chorus at Walt Disney Concert Hall and the Hollywood Bowl. Outside of LA, I have conducted our choir on several tours in Mexico and Australia. I consider myself incredibly fortunate to be working in a city which prizes power in diversity and representation of faces and voices that are less frequently heard, and to have remarkable mentors and colleagues.

Overall, has it been relatively smooth? If not, what were some of the struggles along the way?
Even in my position, I constantly struggle with identity, adequacy and “Am I working hard enough?” As a young Chinese woman who grew up in Hong Kong, first under British colonization, followed by the city’s handover back to the People’s Republic of China, now trying to find residency in the U.S., and working in a traditionally white-male-dominated field, cultural identity and belonging has always been ambiguous and confusing. When I was younger, whatever was Chinese felt old-fashioned and irrelevant, and perhaps I wanted to run away from it when I had the chance to say I could be more than “just” Chinese. When I did move away to the U.S. twelve years ago, somewhere I saw as a fresh start and a universe of possibilities, I also experienced for the first time what it meant to be a minority, to be put down or dismissed for what I looked like, and had “Go back to China!” yelled at me several times. I identify as Chinese and am proud of the beautiful, historical aspects of Chinese culture that teach us respect and compassion, but I have now also lived in the U.S. for half my life, and I know there will be a time when I will have lived in the U.S. for more years than I have in Hong Kong.

Furthermore, it took me a long time to realize that my mentors have always been male role models. Even as I was growing up in a traditionally patriarchal culture, I always felt I had to work harder to be taken seriously or seen as equal to my male counterparts. When I did make it into leadership roles and excelled, I was often challenged for being bossy or competitive. It made me wonder what I would be like if I had had a woman mentor growing up, to counsel me on the many subtleties of being a woman in my situation — how to be gentle but strong, that to be pretty is to be kind, how to deal with body image issues and what on earth are women conductors in the 21st Century supposed to wear, where is the line between healthy ambition and over-competitiveness, when is it more important to be outspoken or to listen closely, how to identify when people are trying to help you grow or put you down, how to gracefully receive compliments, how to get better at every step, how to grow some thick skin without losing grace and without becoming resentful, can I juggle a career and a family, etc.? I continue to learn about reconciling my identity, role, and responsibilities, but I hope that for some person who sees a short, young Chinese woman conductor on the podium of Walt Disney Concert Hall, they might see that even if you are “different”, you can.

We’d love to hear more about your work and what you are currently focused on. What else should we know?
I assumed the position of Associate Conductor of the Los Angeles Master Chorale in 2017, after first becoming Assistant Conductor in 2016. I made my solo conducting debut at Walt Disney Concert Hall conducting the six Bach Motets BWV 225-230 and have conducted on Master Chorale’s various programs, including the premiere of Moira Smiley’s five-movement Time in Our Voices. In my position, I have prepared choruses for Gustavo Dudamel and the LA Philharmonic, Susanna Mälkki, Eric Whitacre, María Guinand, and Music Academy of the West, including the U.S. premiere of Tan Dun’s Buddha Passion, and the upcoming first performance of Mahler’s Symphony No. 8 at Walt Disney Concert Hall.

I was one of the youngest conductors to win two consecutive World Champion titles at the World Choir Games (China, 2010) and the International Johannes Brahms Choral Competition (Germany, 2011), conducting the Diocesan Girls’ School Choir from Hong Kong. I have conducted and performed in Germany, Austria, New Zealand, Australia, Mexico, South Korea, China and across the United States. I have had the pleasure of being a conducting fellow for the Oregon Bach Festival, Baltimore Chamber Orchestra, Norfolk Chamber Music Festival, Distinguished Concerts International New York and Hong Kong SingFest. I received my Doctor of Musical Arts and Master of Music from the University of Southern California, where I also taught choral conducting, and earned my undergraduate degree in voice performance at the University of Illinois, Urbana-Champaign. My previous positions include Visiting Instructor of Choral Activities at University of the Pacific Conservatory of Music and Interim Choirmaster at All Saints Church in Pasadena. As a singer,  I had the privilege of singing back-up for Elton John at the 2013 Emmy Awards and for Barry Manilow.

Any shoutouts? Who else deserves credit in this story – who has played a meaningful role?
My parents have been incredibly supportive of me. Both lawyers in Hong Kong, they would have been happy if I also went into the legal industry. Even more so, they would have loved for their single child to stay and live in Hong Kong. I am exceedingly grateful to be amongst the first few generations of artists from Hong Kong who have found support from their families to pursue arts regardless of wherever it takes them because they also saw how I was different when I was making music.

My husband David, a white male musician, helps me see the beauty of being “different”. He embraces my many roots that make me who I am and always centers me to believing in what I can give. He is proud and exceedingly supportive of having a strong woman leader as his wife and partner. In a country where I had no family, he is my home.

My path would never have been possible without the wisdom, generosity, and understanding of extraordinary mentors at every step of the way. Ronnie Cheng, Headmaster of Diocesan Boys’ School in Hong Kong, who first opened the universe of music to me and changed my life by showing me what it meant to teach. My dedicated professors at USC, Dr. Jo-Michael Scheibe, Dr. Cristian Grases, Dr. Nick Strimple and Professor Don Brinegar advocated for me and encouraged me as a student to aim for the stars. My role model Grant Gershon, the Kiki & David Gindler Artistic Director of LA Master Chorale, who embodies “fierce musician, gentle human being”, always believes that I have something to say artistically, and gracefully inspires me to say it better, in ways that go beyond just music and reaches out to people.

Last but not least, the entire Los Angeles Master Chorale family, whom I like to think are “my people” – not because they are mine, but because they allow me to feel such belonging and purpose amongst them. From the staff to the singers and artists we collaborate with, our board to our audiences, this community is the most passionate, fearless and embracing group of people I have ever had the honour of working with, who continue to foster the same environment for future generations. 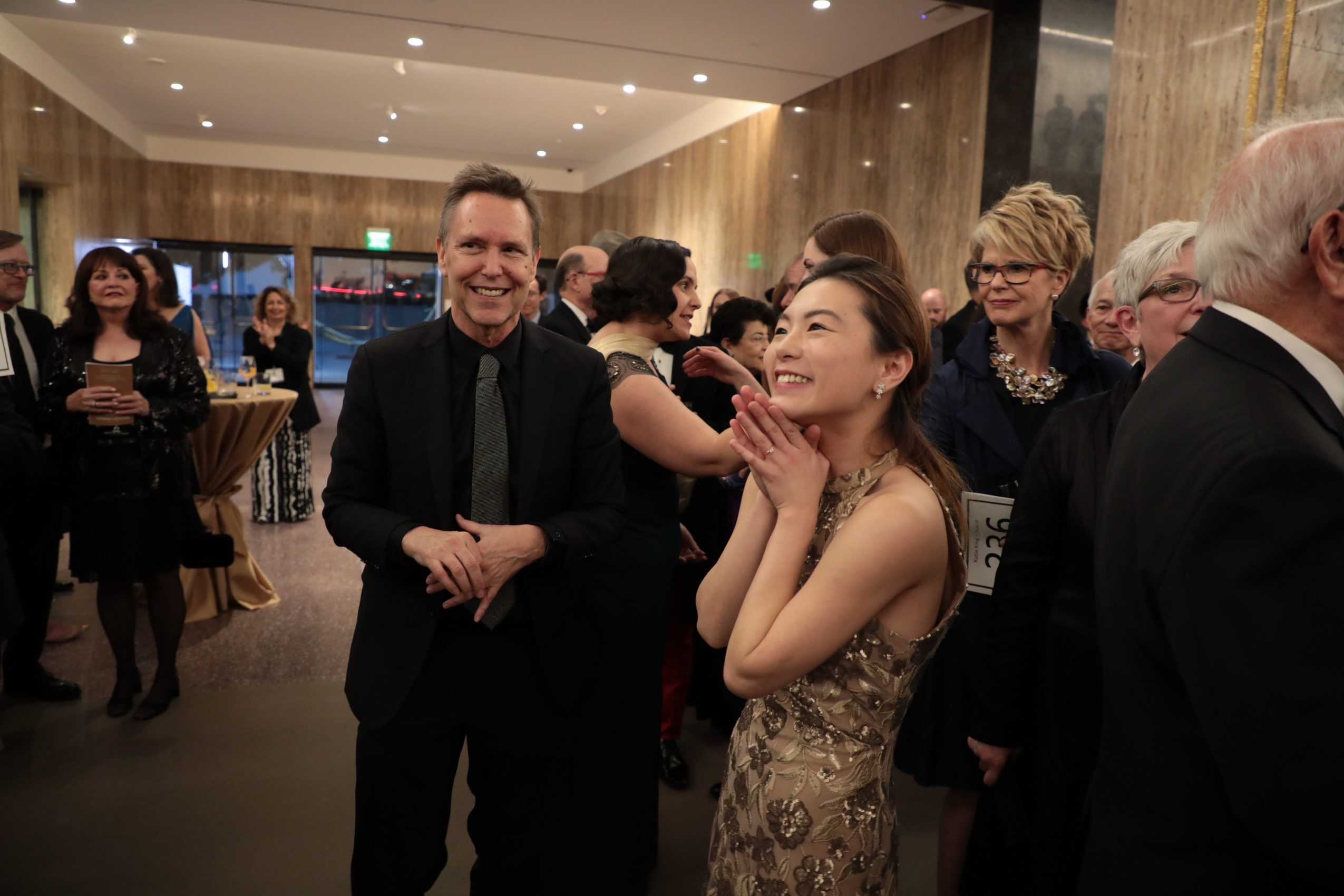 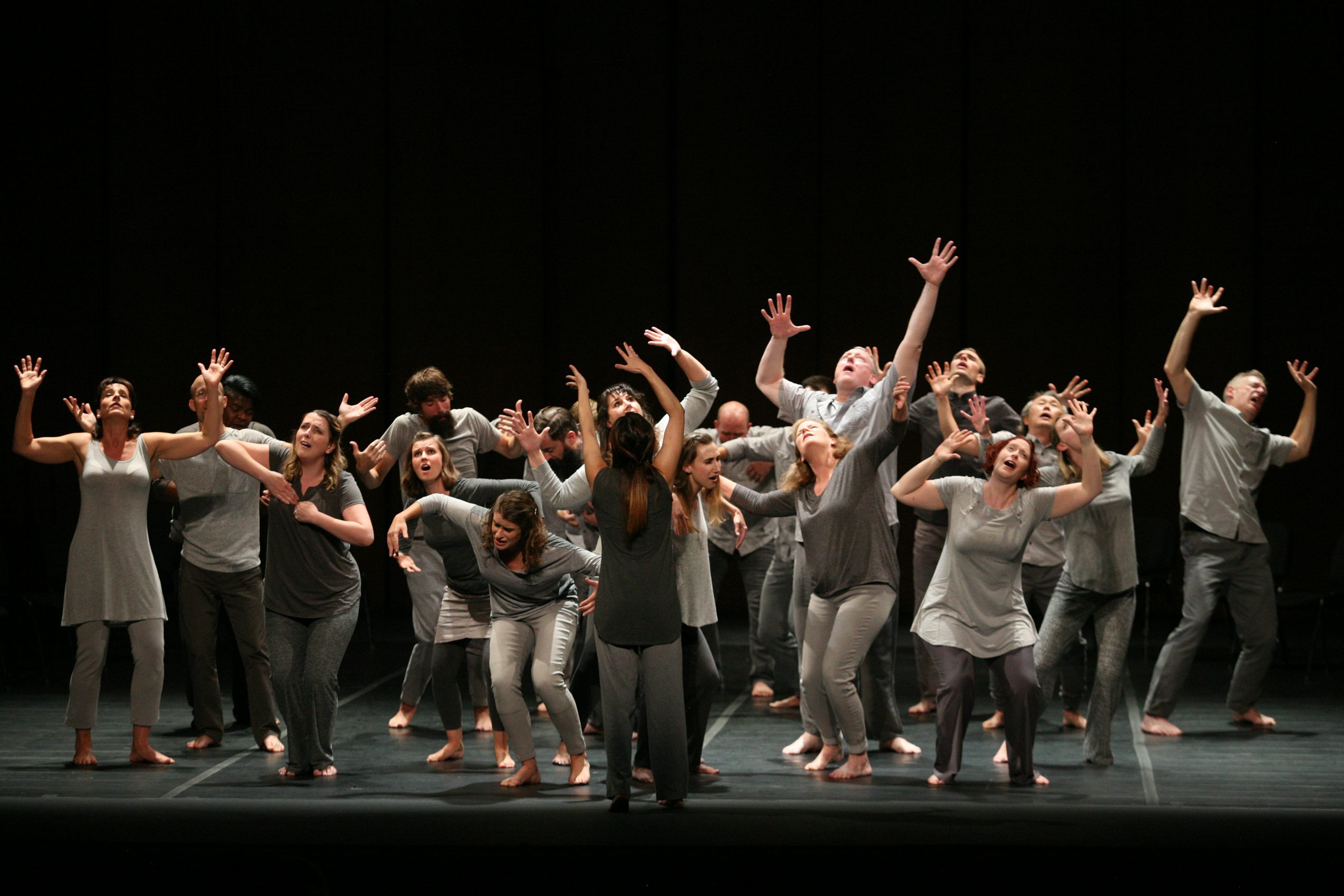 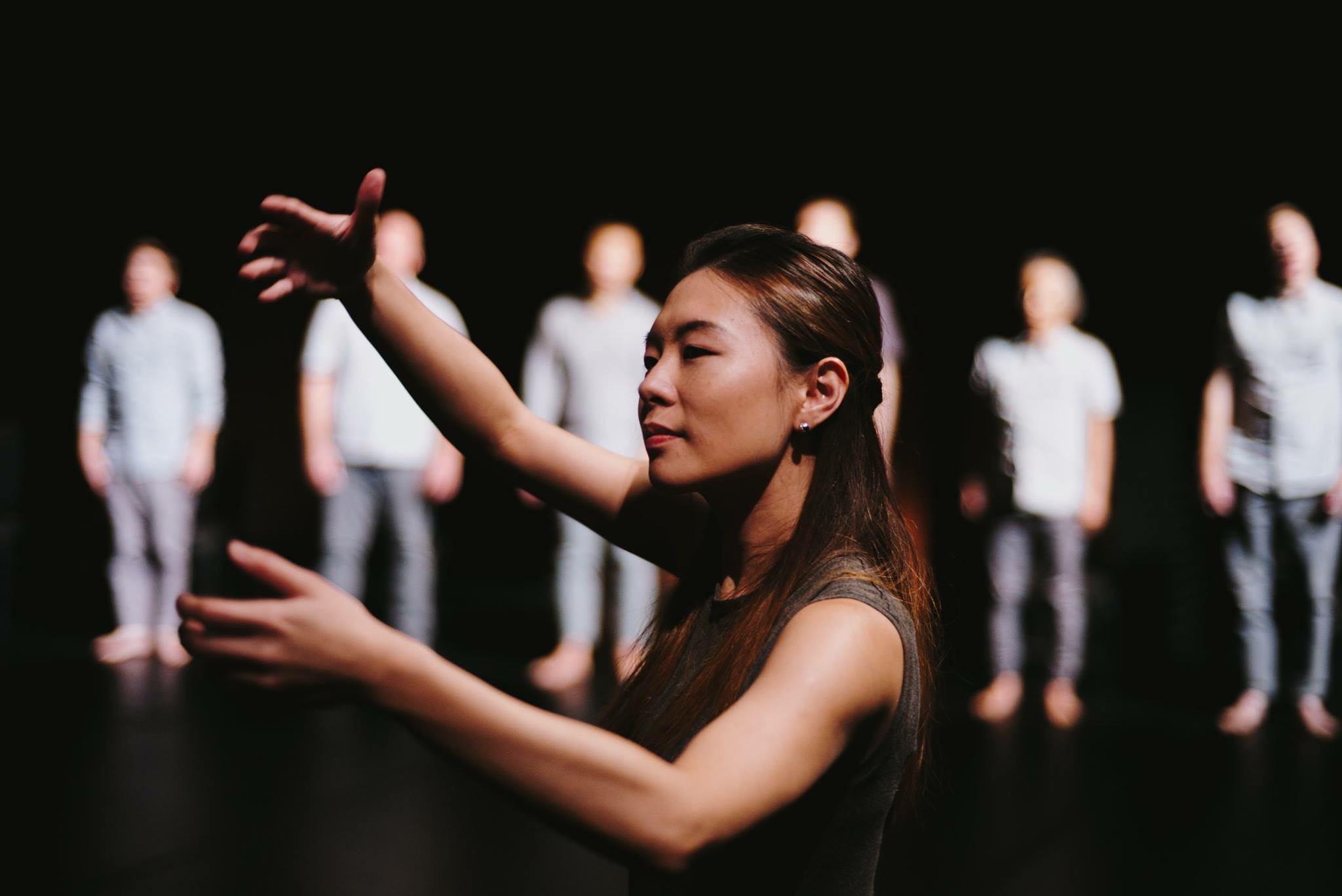 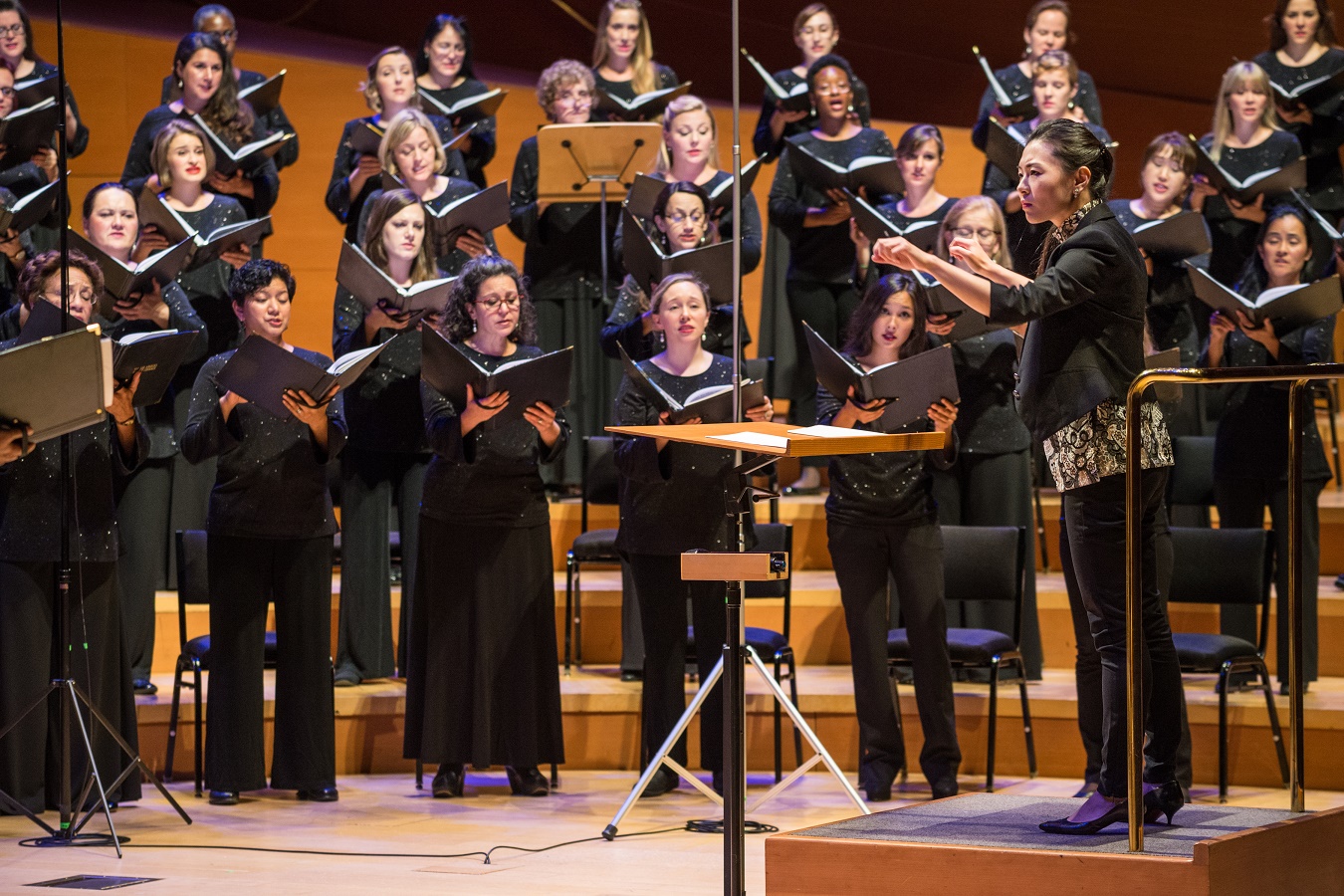 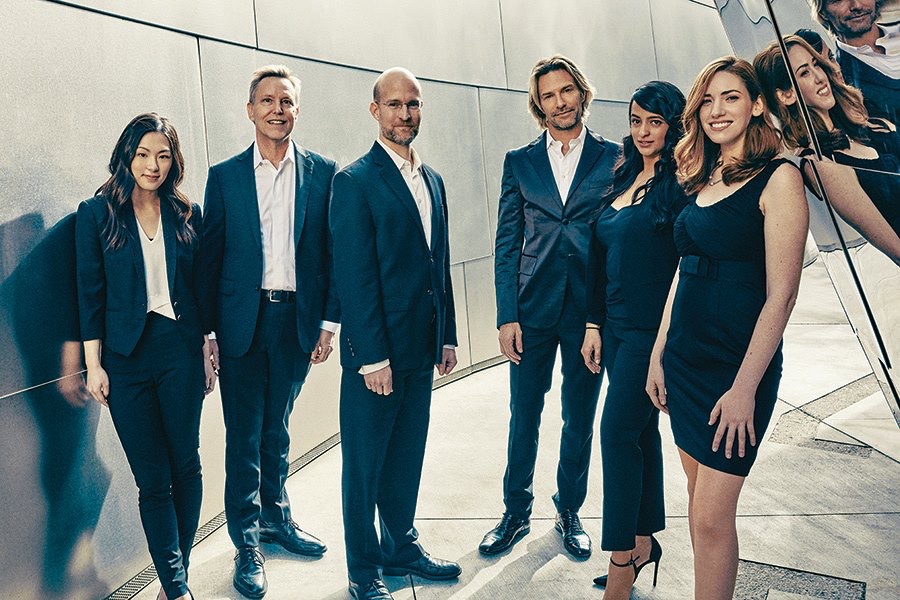 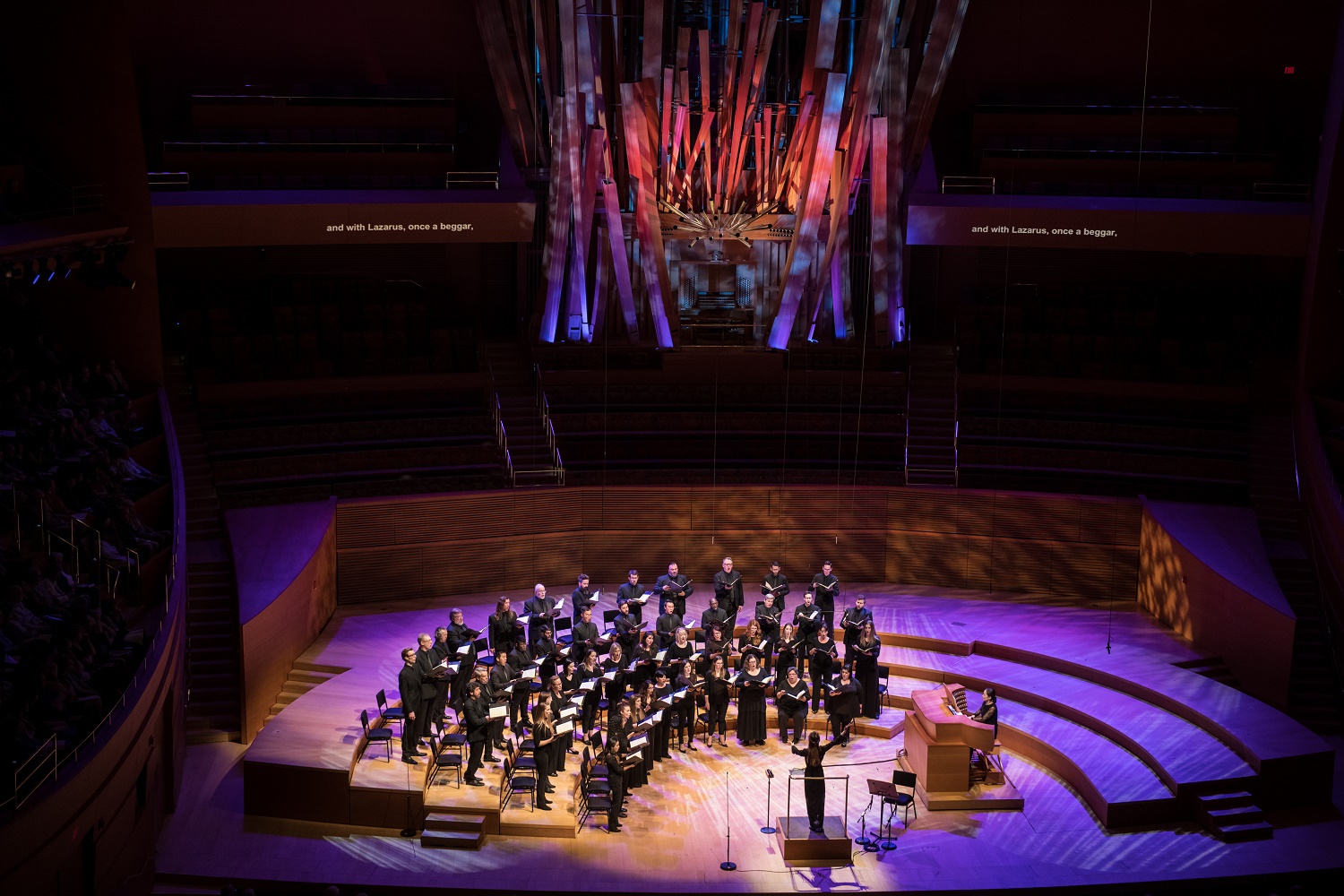 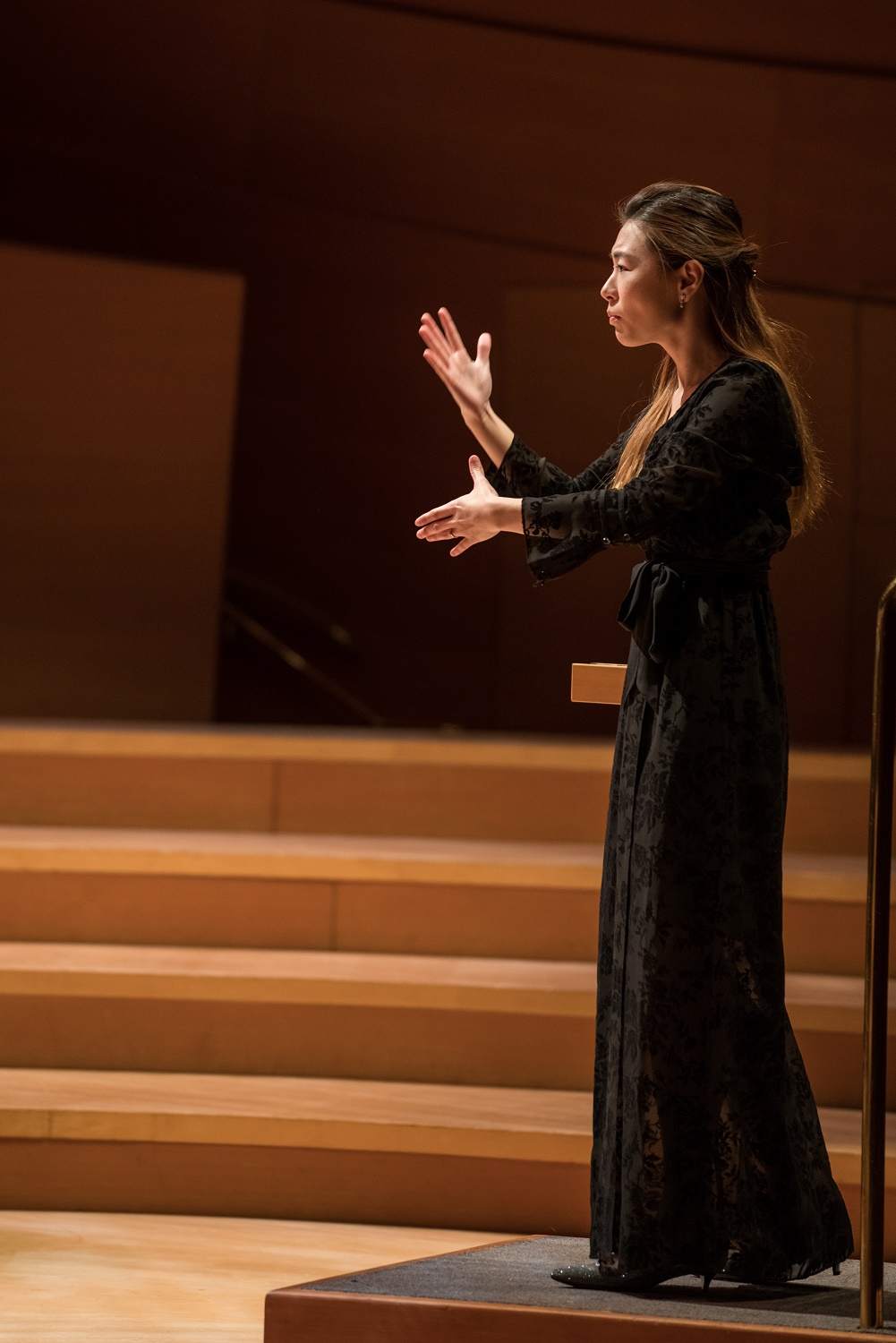 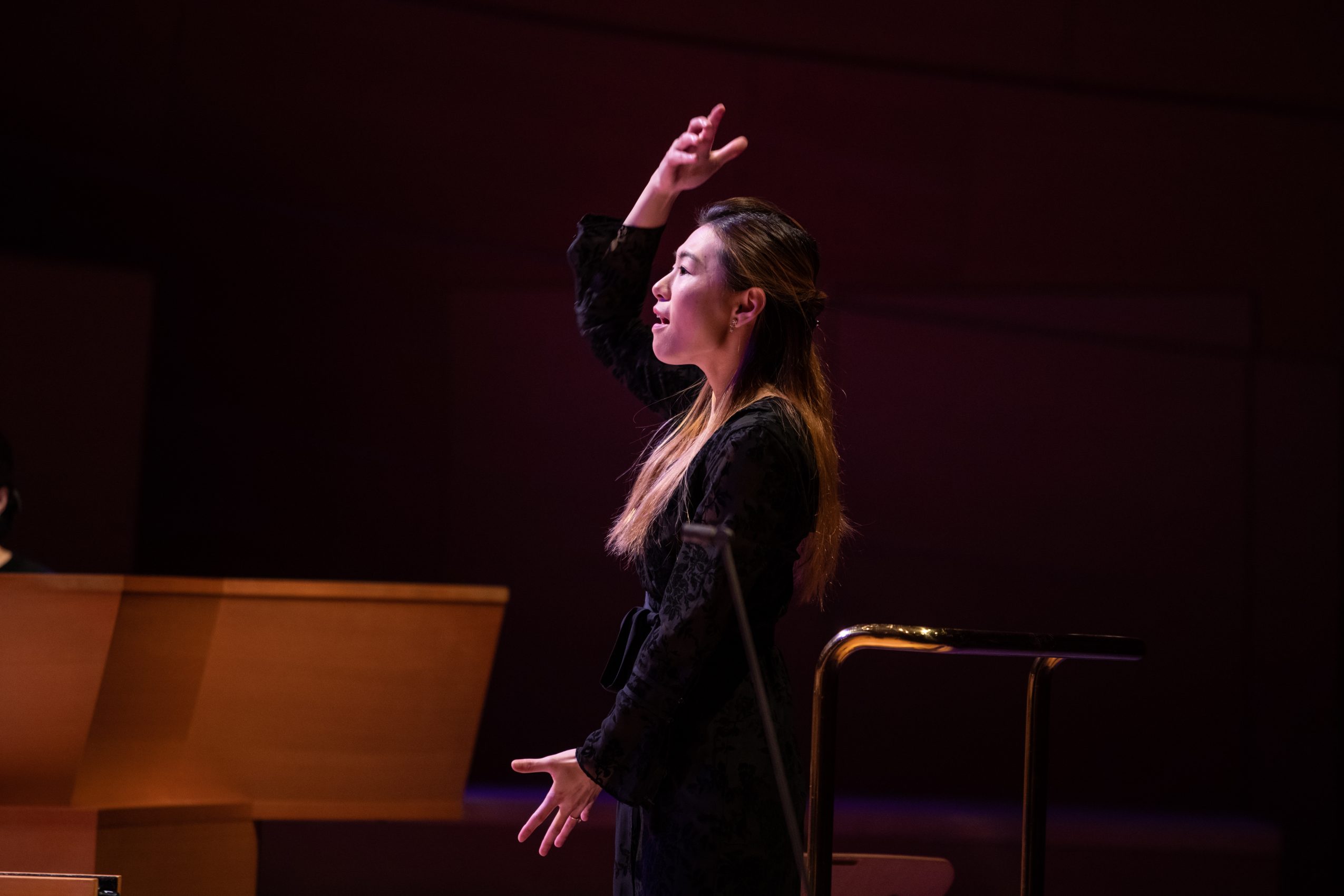