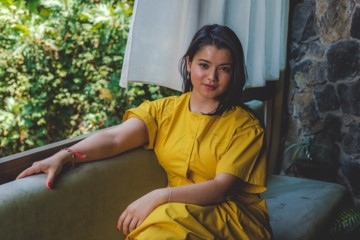 Today we’d like to introduce you to Jenny Trevino.

Thanks for sharing your story with us Jenny. So, let’s start at the beginning and we can move on from there.
I am a 22-year-old L.A. based actress instructed in arts since age 5, born in the world’s capital of avocado harvesting, a small city of Mexico called Uruapan, Michoacán.

My career as an actress started when I turned 11 years old, studying acting in the city’s only theater company, where I starred in various musical theatre plays such as The Wizard of Oz, which had a year-long run along the state. My parents have always been invested in teaching the power art has as a powerful tool of expression through which we can change the world. By then, I had already been taught in several artistic endeavors such as ballet, singing, piano, and art.

As a daughter of a Yoga, Meditation and Cosmo biology teacher, born vegetarian girl, my concern for reaching an overall well-being was immediately translated into my area of study: Acting, helping me reach out to more people through creative plays and films with a social weight. From women mass murders in Ciudad Juarez, to teenage immigrants trying to cross the border through the desert, and innocent families of politicians kidnapped by drug cartels, my role has always been that of giving voice to those who can’t and create conscience about important issues.

Received in 2016 a recognition award by the President of the Michoacan state in Mexico for my artistic standout along the country, naming me Ambassador of Arts.

Moreover, I got the chance to work alongside the director and producer Manfred Lopez Grem, starring in two of his independent films who got premiered in Cinepolis, a nationwide recognized cinema chain. Got awarded as “Best Actress” for the film The Last Wish and was offered to star the weekly broadcasted talk show named Japoka, for the T.V. chain Canal 7.

At the age of 18, I got the chance to make a major step forward in my career by auditioning for a recognized acting academy in Los Angeles, California and receiving a scholarship that made this transition possible. Have always received the support of my loved ones, holding me through a four years journey, receiving a 6-week intensive program education and a bachelor’s degree in Acting for Film.

Later on, I found like-minded people who shared the same ambition as I do, resulting in the production of an independent short-film called Arid Dream, where I got the chance to star in. It is still in its 2-year festival run and keeps getting selected in international film-festivals including that of Cannes, France, which I attended last year.

Currently working in the post-production of my first short-film called The Art of Loving, a film touching on an unconventional abusive relationship between two passionate artists and the thin line between love and addiction. Additionally, being part of the candidates for the National Award for Young Leaders of Mexico, which will be selected this November 2019.

We’re always bombarded by how great it is to pursue your passion, etc – but we’ve spoken with enough people to know that it’s not always easy. Overall, would you say things have been easy for you?
Although I might smile all the time, living far from home confronted me against anxiety attacks and depression. A chapter that forced me to question my decisions, beliefs and whole identity. I felt choked, suffocated, it was a struggle to keep showing as that person that everyone knew as Jennifer and liked. But I knew that was not me. I needed to know who Jenny was. I later was confronted with a very toxic and abusive relationship that hurt me a lot. I realized that I was repeating patterns of my family that I could not continue. That became a necessity, something I definitely had to say through my art.

It was only in the darkest moment of this journey where I was able to take the fears by the hands and construct a new life. I understood that it is as necessary to love my virtues, as it is to love my darkness. I got strength from the moments that scared me the most. I have learned to use what affected me in the past and create art from it. That’s when The Art of Loving came to life and I came to fully understand that when I heal, everyone around me does so as well. I wanted people to get out of the theater, experiencing real hope.

Acting for me is learning to give that universal love. It is the ability to love any person, place or situations that come to my life. Yes, empathy, that is the greatest gift this has given me.

Please tell us more about your work.  What else should we know?
I bring my country with me wherever I go, from how I dress to how I express myself. I feel my country in my art, being very much present in several productions like Mujeres de Arena, giving voice to the found diary of a victim of the massive female murders in the city of Juarez. In the same way, Arid Dream tells the story of three siblings who, in their search for better opportunities, decide to cross the border to get to the U.S. These projects have helped me define what kind of artista I want to be, sharing through my characters and stories that no matter how different our features may be, in the core we all go through the same.

I want to be remembered like someone who never gave up. God has given me many blessings, sometimes real mind-blowing, but there has always been that “trial” period where my willingness to give that next step forward is questioned. “There’s always a way” is my saying.

So, what’s next? Any big plans?
My plans are keep working building my career in an international landscape and never giving up. Being named the Ambassador of Arts of my state was what made me realize the real dimension of the mission I was given. It’s really an impulse for other dreams.

As an artist, I know that we have a huge responsibility being people who influence others and can make someone feel something never experienced before. Sometimes helping heal things that members of the audience thought they’ve forgotten. Other artists have been a major inspiration in my life. Frida Kahlo was a Mexican artist who suffered a lot due to the toxic relationship she shared with Diego Rivera, from which she created beautiful pieces of art that have inspired millions of people. Another artist, Vincent Van Gogh, knew he was meant to be an artist, even though his art wasn’t understood in his era. This pointed him to be isolated while suffering of intense nervous breakdowns, but still fulfilling a purpose that would make sense years later. I once read a book about art and its expression through painting titled “The Art Spirit” by Robert Henry, where he states: “Where those who are not artists are trying to close the book, he [the artist] opens it, shows there are still more pages possible” (11). I believe artists are the strongest people on earth. We are the ones who take common or normal things for others and create an entire universe from it. We are the ones capable of “speaking truth by telling lies”, as once expressed by Pablo Picasso. That’s why I knew from the beginning that I wanted to merge being an actual artist on film with the representation of the issue that was important for me: love. This ultimately gave my film its title: The Art of Loving.

Although my short film The Art of Loving was hard to write, hard to tell and show, I felt the responsibility to do it and open up issues that are kept secret in behind house walls. Somehow, the conversation in Latin American around emotionally and physically abusive relations is still kept a secret due to the big populations living in rural and uneducated areas where men have power over everything, including women. The abuse in my film is so clear, so raw and intense that I’m a little afraid of how it will look on the big screen, but it is definitely something I had to get out and scream to the world. This is not okay, it is unhealthy, and it is a big issue meant to be talked about and treated.

As a very personal goal, I dream of opening my own school of arts for kids with special needs or teenagers/young adults that have suffered of any type of discrimination, violence or traumatic experiences. I am a firm believer that art heals deep personal wounds, and nothing would make me happier than helping others heal with the talent I was given by God. 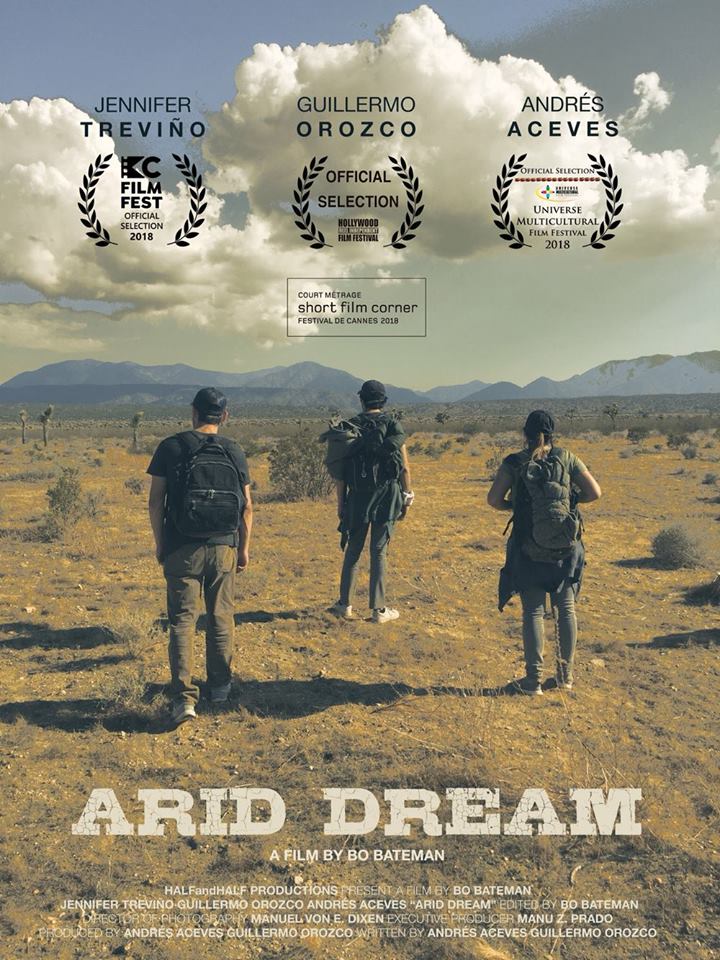 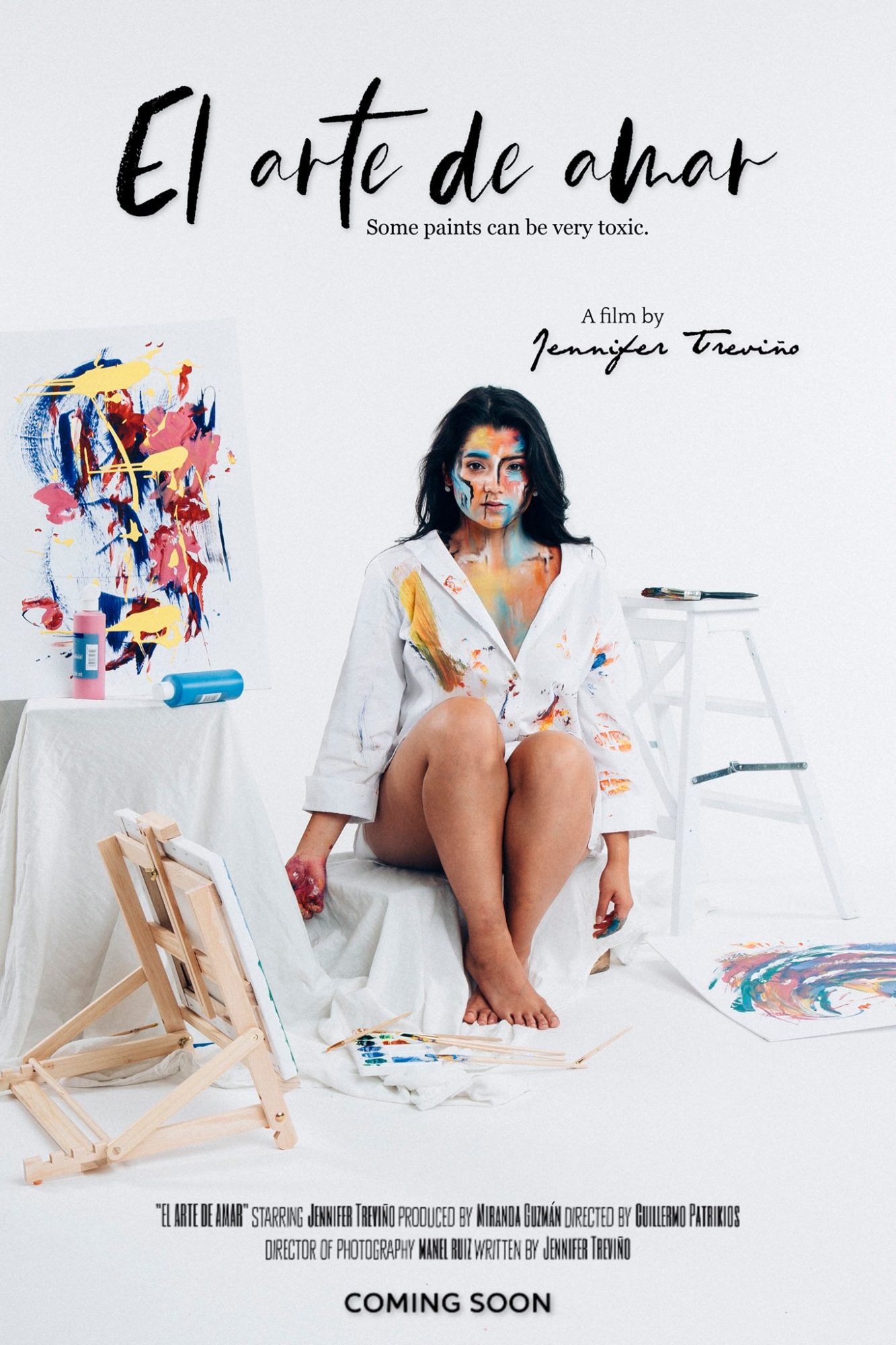 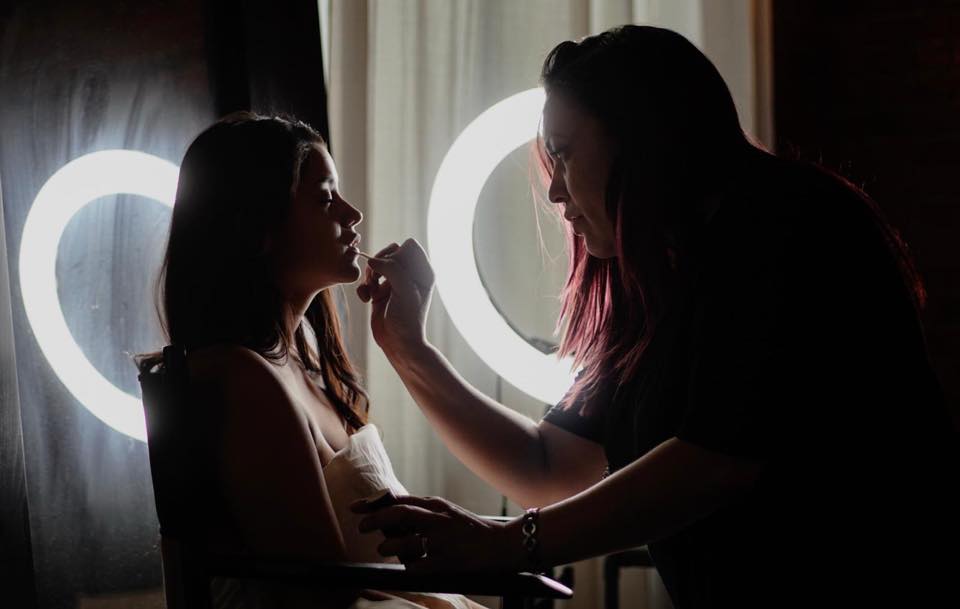 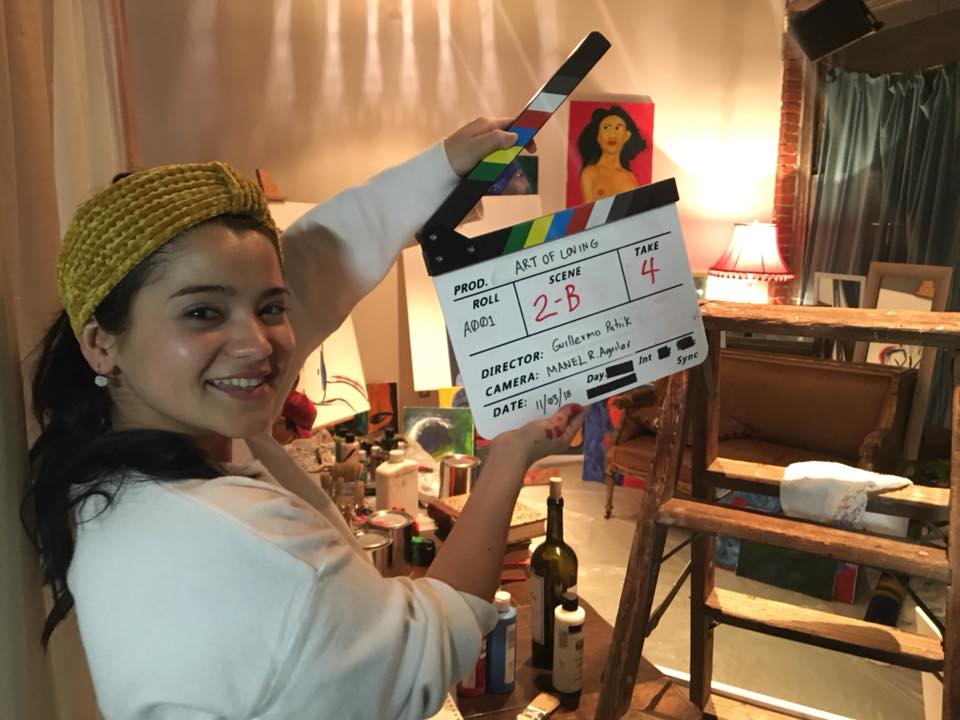 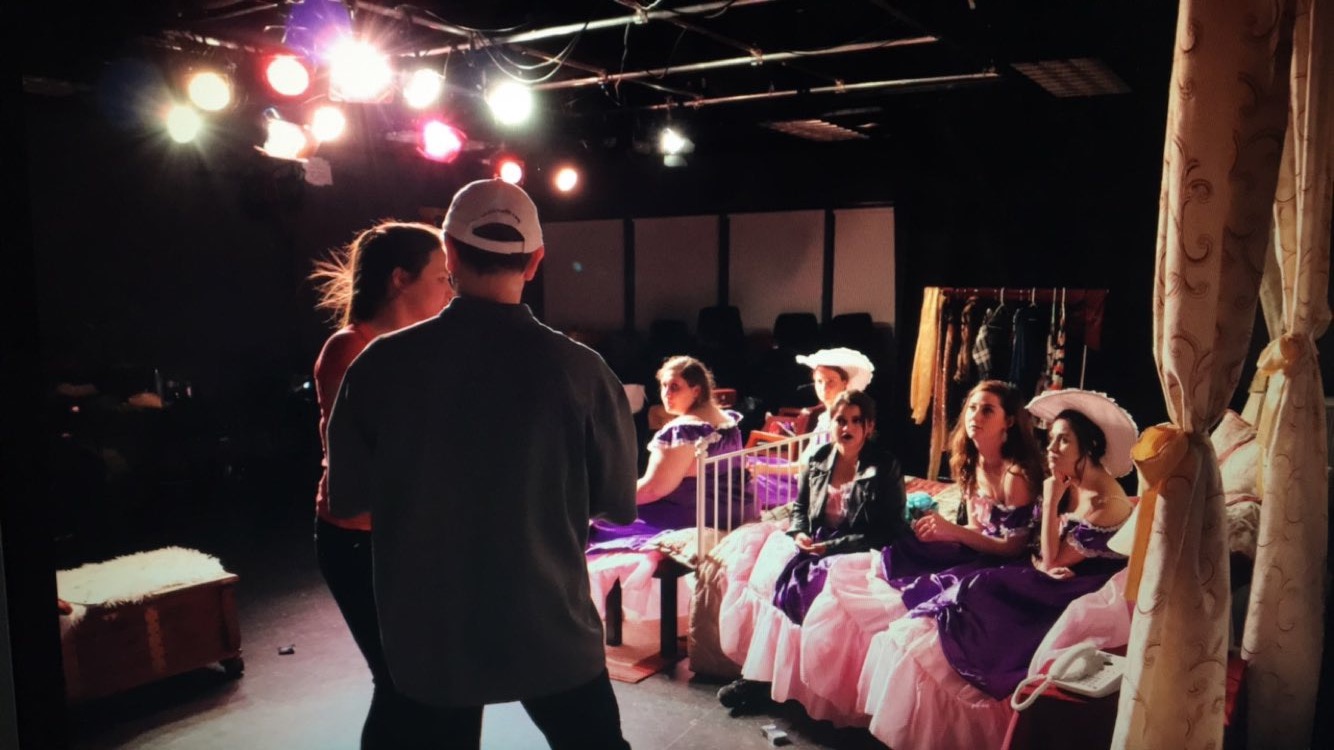 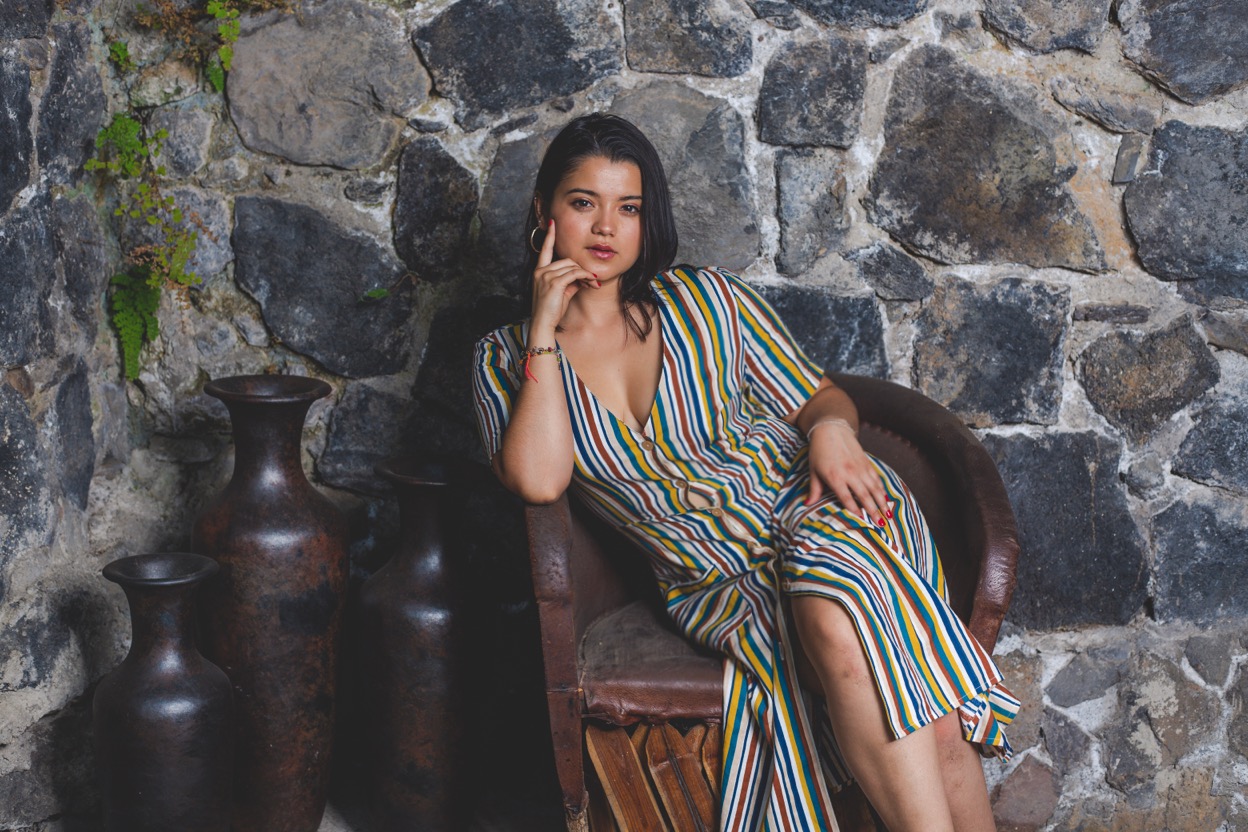 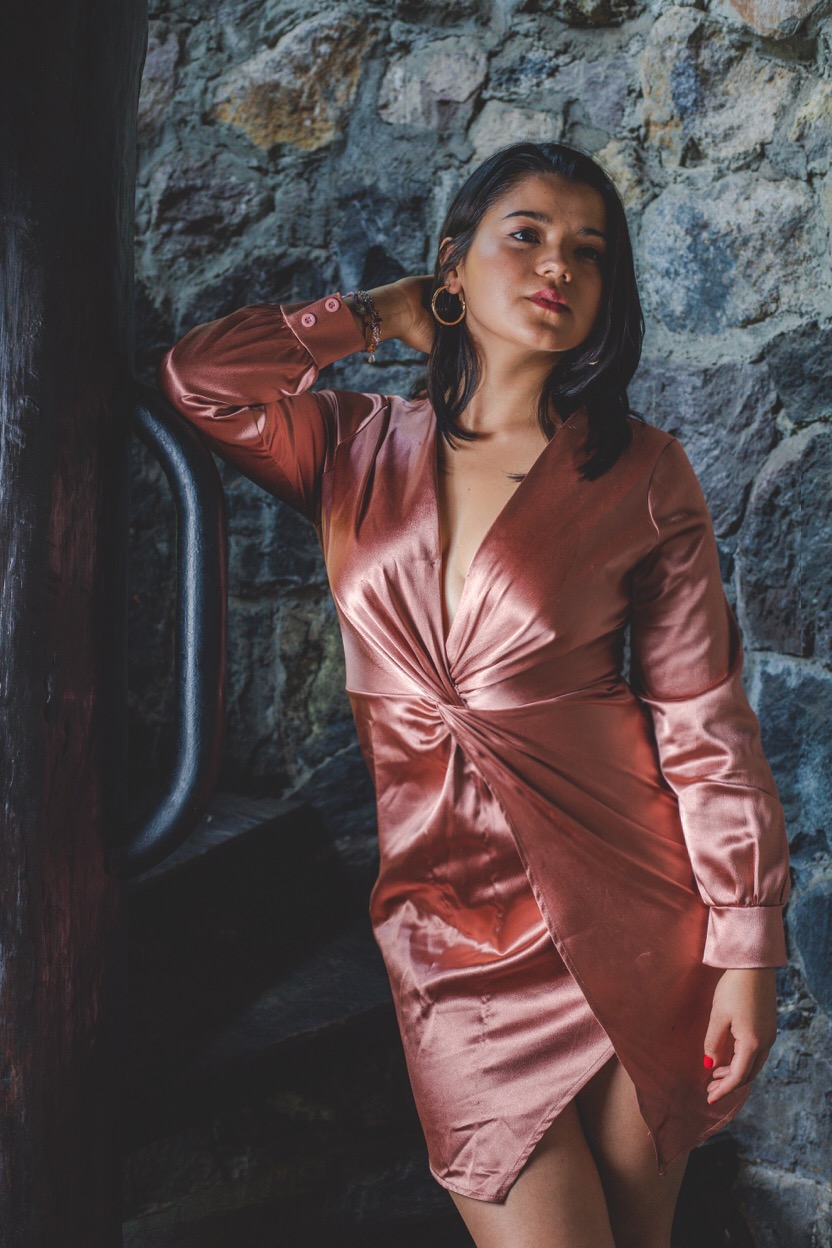 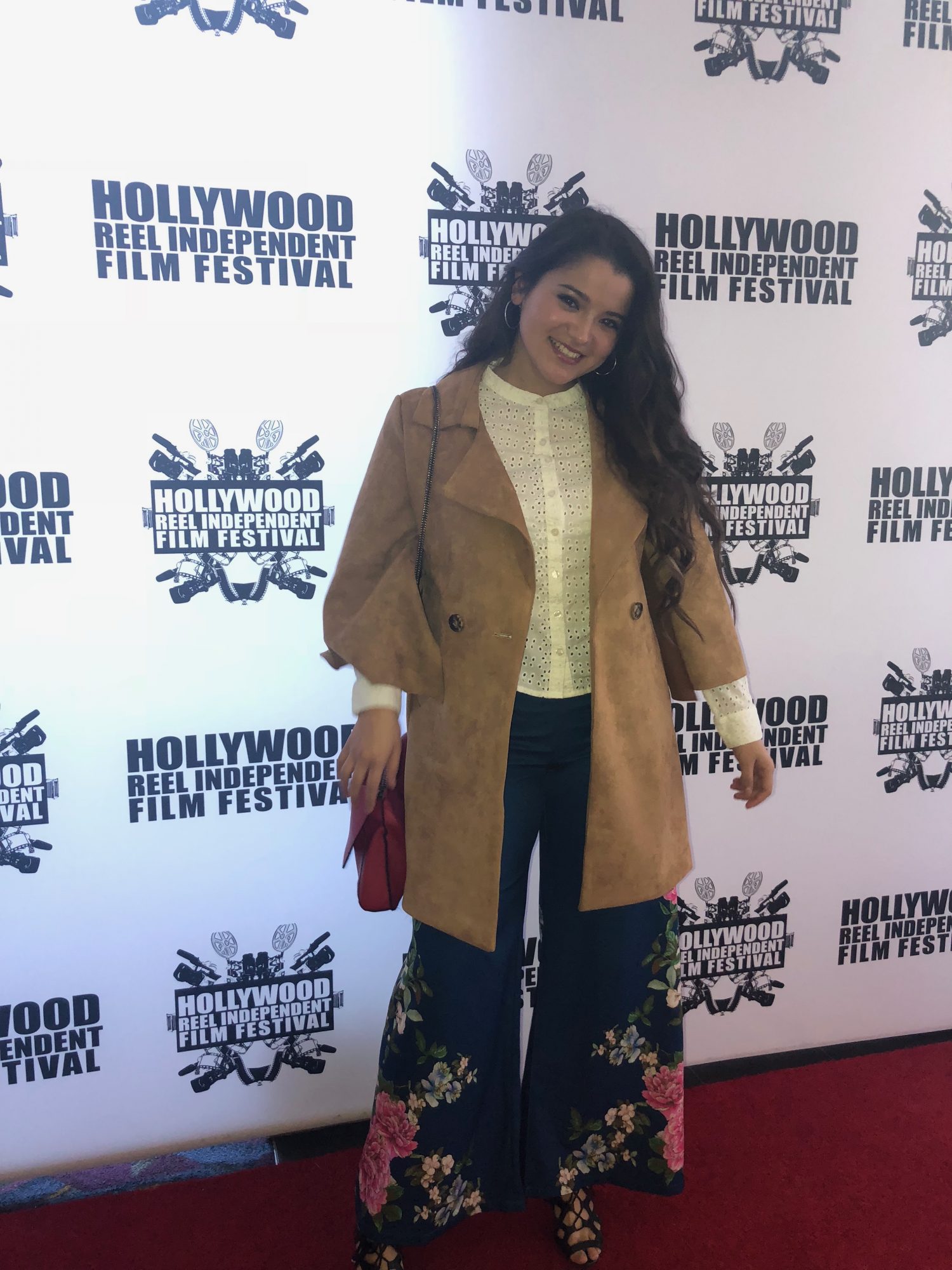