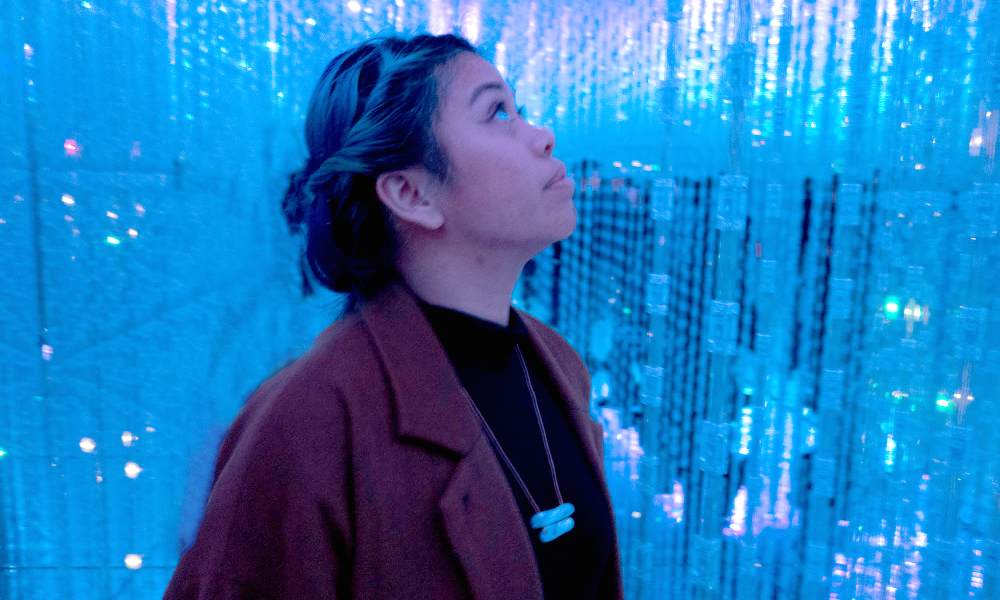 Today we’d like to introduce you to Jenny Famularcano Chen.

Jenny, please share your story with us. How did you get to where you are today?
As a kid growing up in Torrance, I started my career by creating websites to celebrate the show Digimon. It was one of my favorite cartoons, and I would wake up early for a new episode to premiere every Saturday morning with a giant bowl of cereal. Drag and drop websites only had so many graphics available to use and this is when I spent a lot of time designing and drawing these characters digitally.

As a teenager, I was part of a high school spirit team known as short flags. With fewer than ten schools in southern California with short flag teams, the event was largely unknown to our friends and family so I wanted to try sharing it with others. I would create flyers to advertise where and when we would be performing and used some of the characters I created for our own myspace pages and our own sweaters for fundraisers. I even created a blog to serve as place for people of this small community to learn more about each other and to use as a resource for graphics I made using their team colors; it is still being updated by other people today. Having this website helped teen Jenny see the power digital design can have on something I was really excited about.

I initially enrolled in CSU Long Beach for a computer science degree, learning very quickly this was not want I wanted to do. Luckily, the school has a great Graphic Design program, and being enrolled already in the school for Engineering made it really easy for me to transition into the art department. The great part about studying at a public school like CSULB is that there are so many extracurricular groups that need exactly what I wanted to create. It went from flyers to spread awareness of joining the coed service fraternity, Alpha Phi Omega, to the website and visual assets supporting the dance group PAC Modern, to the programs featuring all 300+ performers in Pilipino American Coalition’s annual Pilipino Cultural Night– all of these organizations had missions that I truly believed in and wanted to celebrate with design. After seven years of expanding my network and meeting my now-husband in school, I received my BFA in Graphic Design.

After graduating, I started working as a designer at creative content agency, Column Five, on accounts such as LinkedIn, CrossFit, SAP, Intuit, and Dropbox. I learned how to polish a concept, deliver a design with proper execution, and how to tailor our work to speak to a specific audience. Column Five was where everything felt like everything I’ve ever learned was more polished and my style and purpose developed. The people at the agency have been so encouraging for our individual growth that they give us an annual education budget. I spent my first two years since its inception to take local classes and spend countless hours on calligraphy. I eventually moved to San Francisco for a year to earn my certificate in type design from Type@Cooper West all while still working full-time with Column Five.

As I lived in San Francisco, the only opportunity to connect to a community besides my classmates was the closest gym. I had been attending Zumba classes for years, and it stemmed from wanting to reconnect to the love of movement developed from my years performing short flags, hip hop and cultural dance that helped me develop my design work. I found a training for Zumba Instructors that was really close to where we were living in the city, where I earned my license and started teaching my own Zumba classes with LA Fitness.

Dance fitness and movement pushed my interest to making my design also move, where I started animating my letters and developed a passion for motion graphics. Every time I look at the objects on a composition, I get flashbacks of organizing PCN and coordinating the elaborate dances on the stage. It’s a flow state that I can finally channel into my visual work.

A year after returning to Orange County, a position opened up at Laguna College of Art and Design teaching Typography which couldn’t have come at a more perfect time. Being away from the SF type community, I have had the strongest urge to practice and talk about anything typography related. I now get an opportunity to share everything I’ve learned from my work in design and typography to help students feel better equipped as they begin their design careers.

Now that I have a place in Orange County and have discovered both my passion and purpose, I feel compelled to help businesses and students communicate through type and motion design work working as an artist, designer, educator, and Zumba instructor.

We’re always bombarded by how great it is to pursue your passion, etc – but we’ve spoken with enough people to know that it’s not always easy. Overall, would you say things have been easy for you?
There was some conflict I created with members of my Short Flag team that made me lose connection to the sport. I was cut from my dance team after being on the team for only a year. Both situations were with groups of people where I thought I had feelings of belonging that quickly turned into isolation. It made me want to avoid talking about dance altogether because of all the pain I started to experience from the memories. It has taken me years for me to accept all of those experience and to embrace my love of movement once more so I can begin to share again.

In school, I was so distracted by the extracurriculars that I wasn’t accepted the first time I applied to the graphic design program. It felt like such a failing moment, to see my friends move forward in their classes, and me having to stay behind. I almost wasn’t able to reapply again because I had been in school for so long, they were just starting to hasten everyone’s classes so people can graduate faster, but I was fortunate that there were two required classes that let me submit another portfolio review. If it weren’t for me being accepted the second time, I might not have been on the same class trip to Hong Kong where I met my husband (he was a designer, too!) for the first time, and I’m pretty grateful for that.

With design, it wasn’t easy to figure out what I was supposed to focus on. Looking at my peers, so many of them were really good at talking about design already that I felt pretty incompetent in my classes. It wasn’t until years later where I watched my husband’s discipline that I found the courage to pick a discipline like type and stick with it.

Our family lost my mom to Alzheimer’s a little over a year ago. Seeing it develop in my teenage years, the concept of losing a parent slowly overtime was really hard for me to understand. I would sometimes take advantage of the situation to stay out a little later, but when I had to drive around on my own to look for her because she was lost, it made me understand the importance of memory that we often take for granted. I stay pretty organized out of this experience and recording everything makes me feel like I will never forget a thing. Most of the words I like to letter are little pieces of advice that I wouldn’t want to forget that have helped me at one time or another.

So, as you know, we’re impressed with Sky Blue Jenny – tell our readers more, for example what you’re most proud of and what sets you apart from others.
Sky Blue Jenny is a creative studio that specializes in visual design work with typography and motion. Since I’ve gone through so many iterations of my studio name one of my favorite things about the company is the name. It comes from the fact that I keep my hair blue because I absolutely love clouds and that the color of the sky is ever-changing and is only blue sometimes. With the clouds and the sky, humans have a long history of searching for answers and finding patterns; It’s the largest stage for a visual show and for as long as we exist we’re a part of that audience even if we sometimes forget it’s there.

What sets me apart from others is that there’s always a message we can discover and be excited about that can be felt when we share with others. If we are having fun and remembering to play, I think that experience can be contagious and can be translated through all of our work and actions. 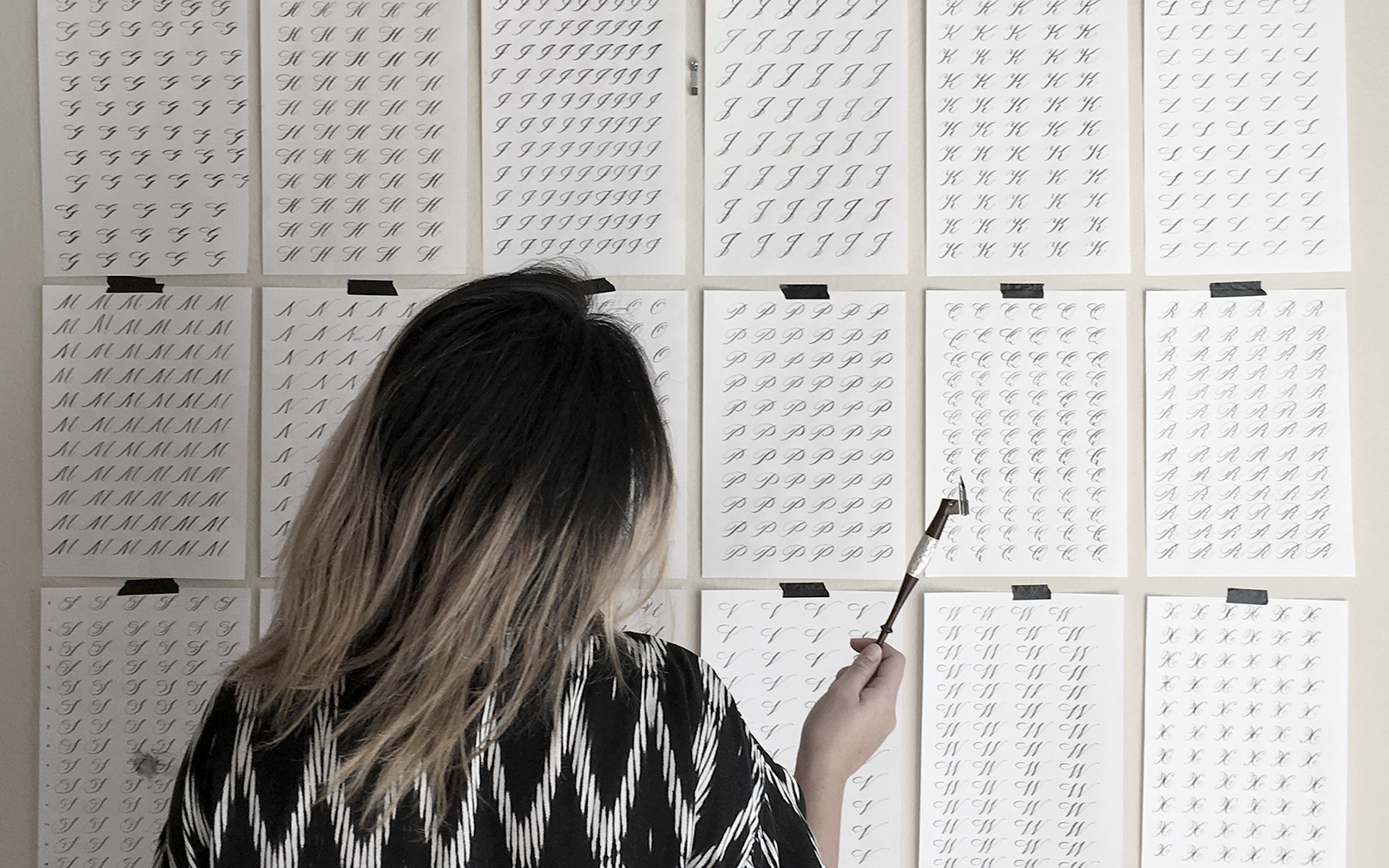 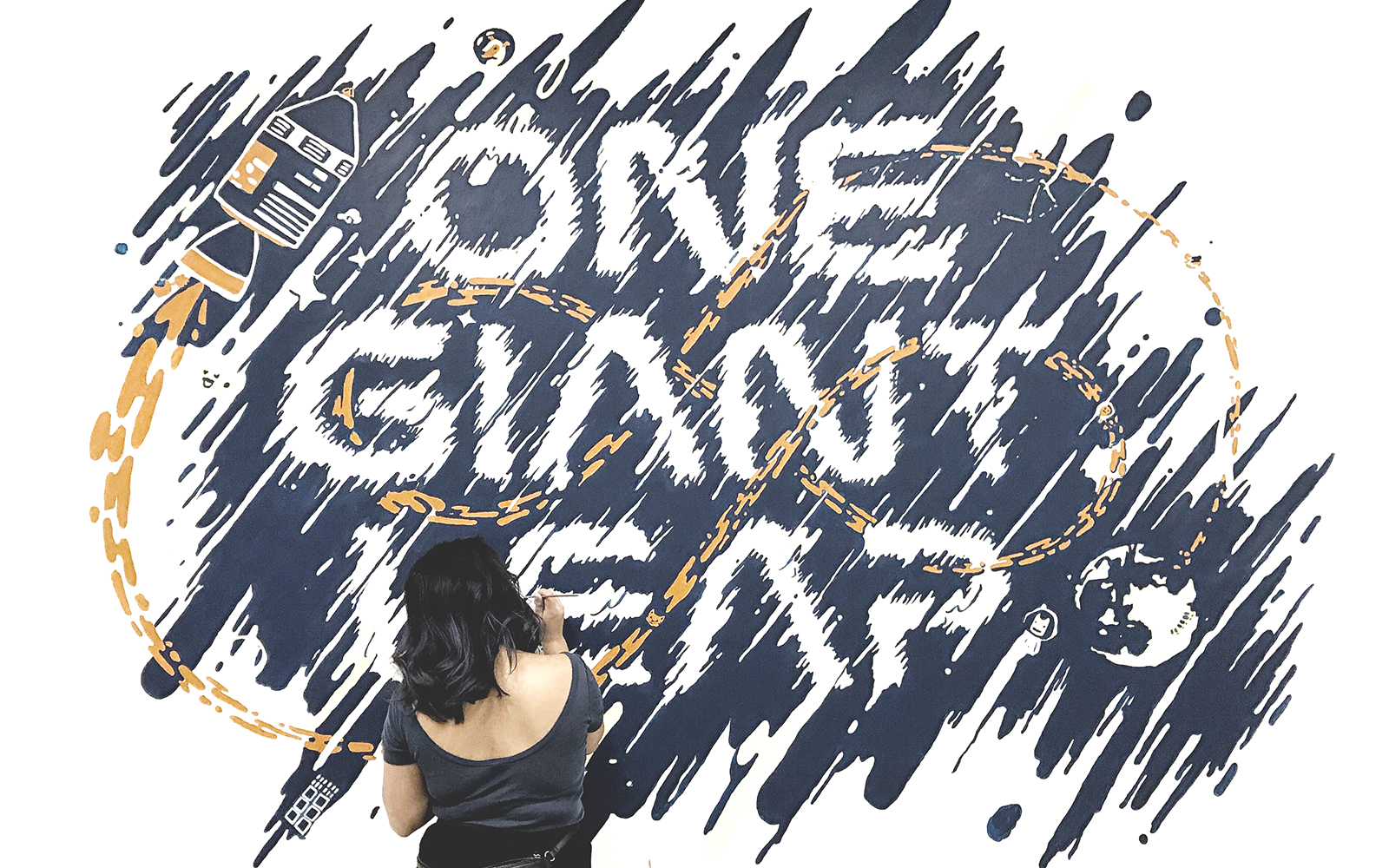 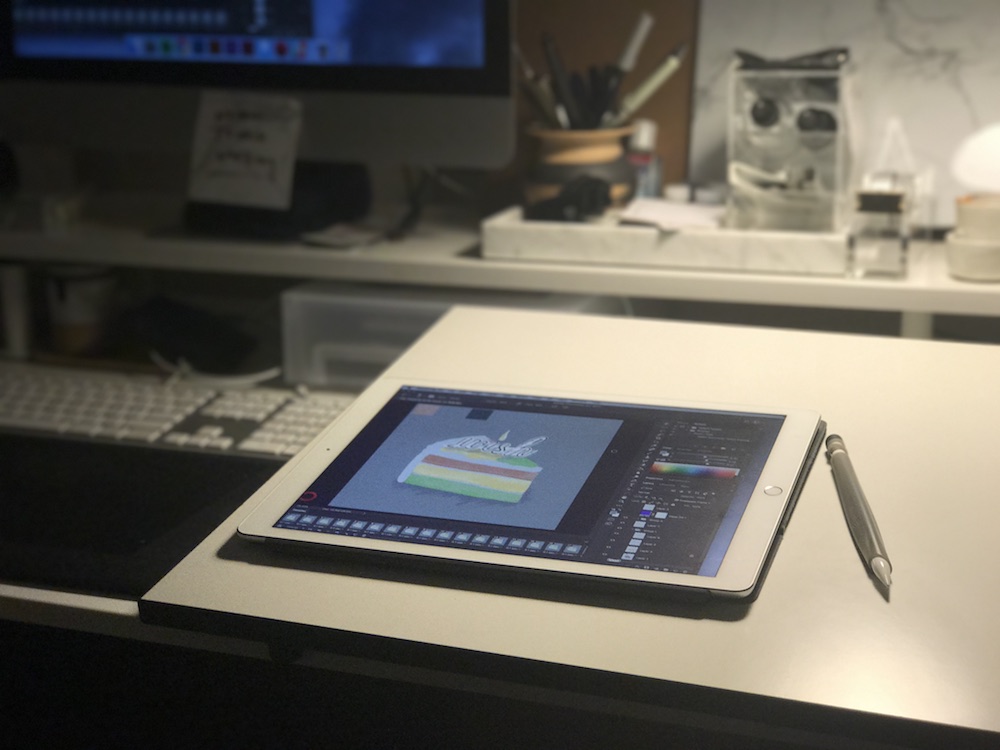 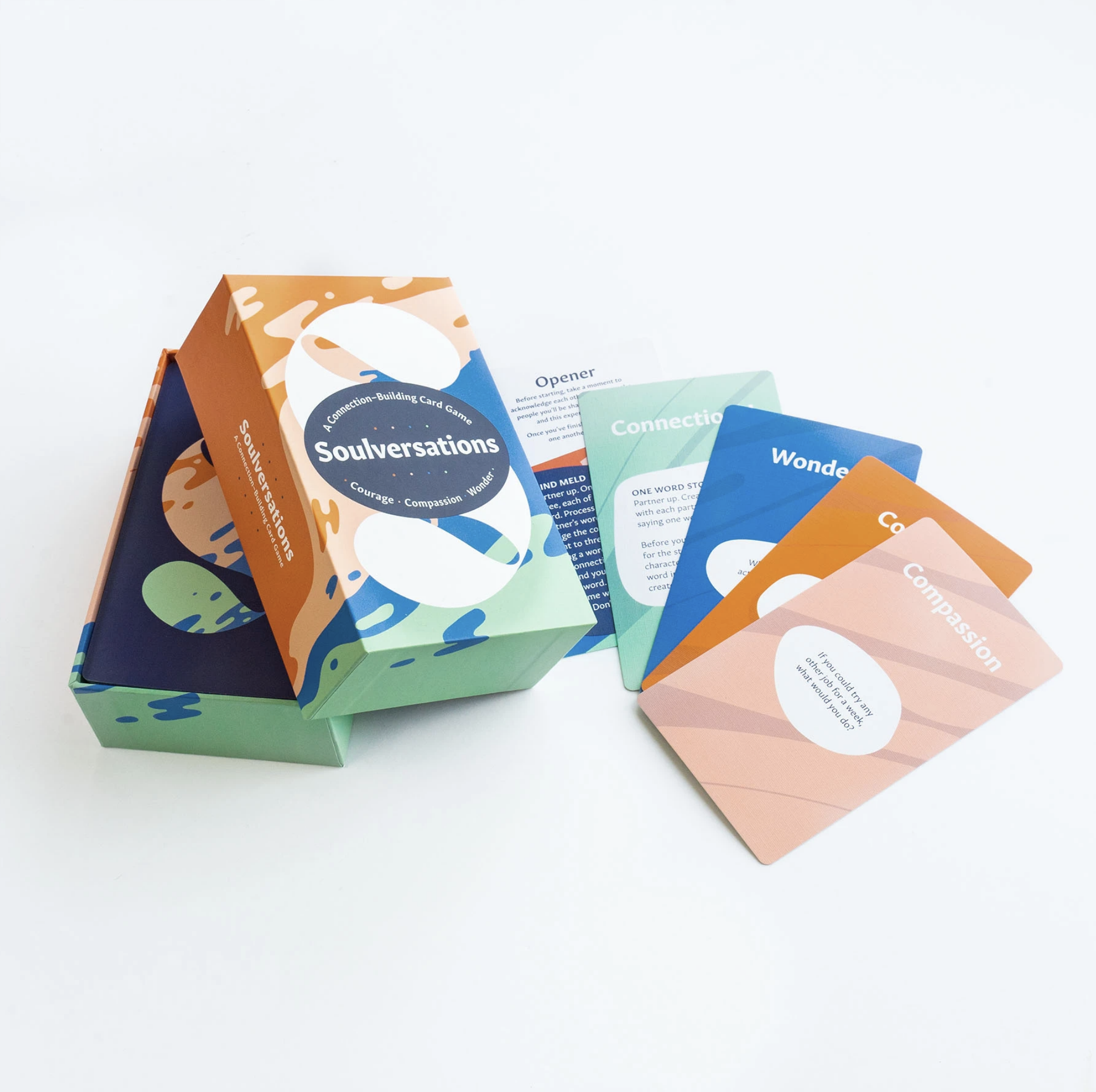 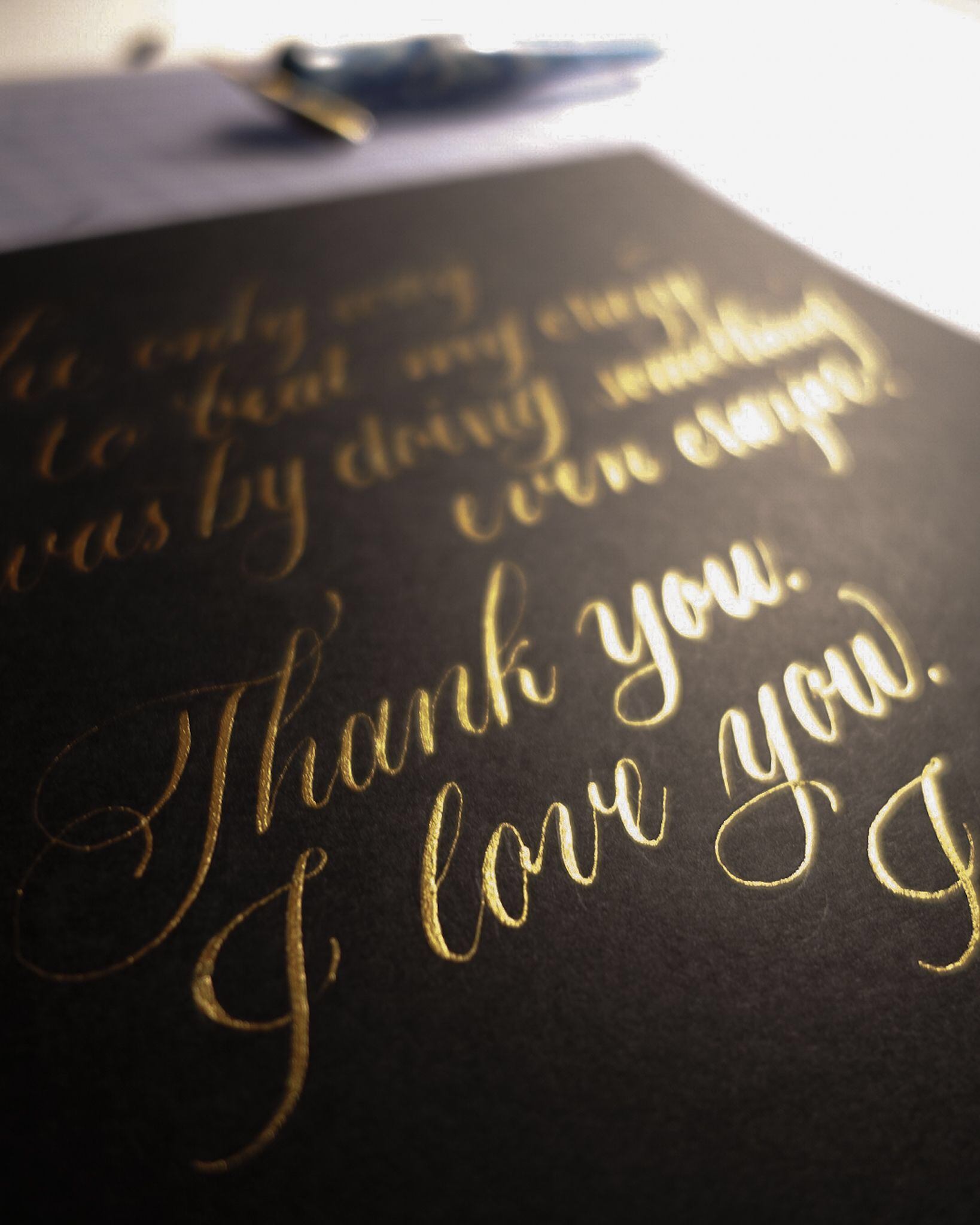