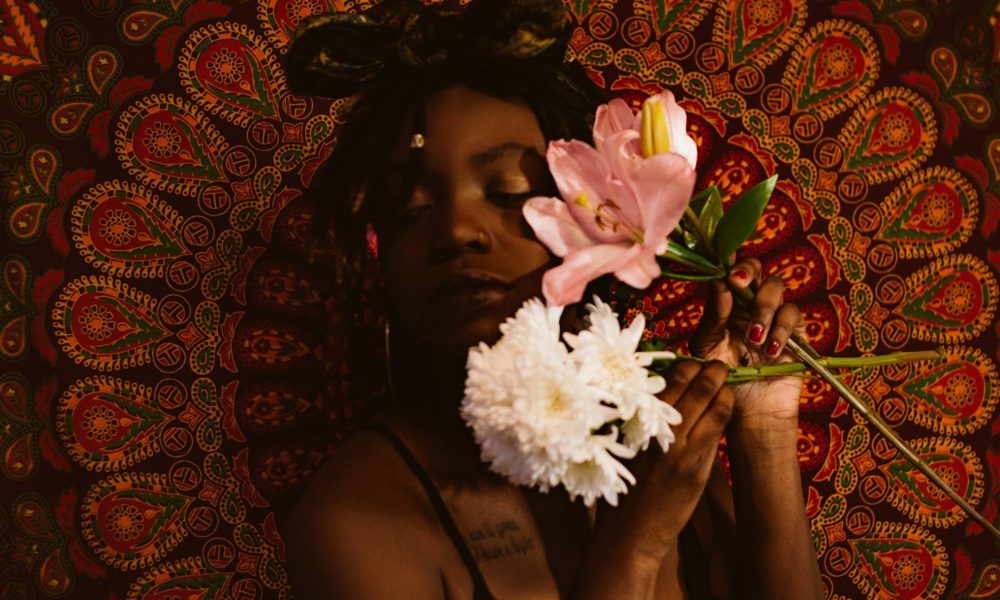 Today we’d like to introduce you to Jenny Desrosiers.

Jenny, please share your story with us. How did you get to where you are today?
I’m a first gen Haitian photographer, born in Boston, Massachusetts to two immigrants from Haiti.

My earliest memory relating to art is getting in trouble for drawing on the walls of my first childhood home with crayons; that’s where my overall love for art started.

Up until starting school, I didn’t speak a word of English as my parents spoke to me in only Kreyol and French during my formative years. I learned English through watching early morning Nickelodeon and 4KidsTV shows. As I would watch shows like CatDog, TMNT, WinxClub, and Aaahh!! Real Monsters, I would draw my favorite characters.

We moved around a lot as my parents were still getting settled in the United States, but my love for art along with the cartoon drawings that were inspired by that love was always a constant no matter where we lived. After a few years of bouncing around Boston and neighboring city of Somerville, my family settled down in a quiet suburb a few miles north of Boston.

I was pretty a shy kid and combine that with being one of few children of color in the school system, I didn’t have many friends coming up and kept to myself throughout elementary, middle and high school. I was able to find myself by drawing a ton in school when I was supposed to be paying attention.

When I was 11, I got a Canon Powershot point-and-shoot camera for Christmas, and that’s where my journey as a photographer started. I would take a lot of selfies, photos with my siblings, photos of my family, friends and edit them really badly online on Picnik as all middle schoolers did back in the day.

Photography really became a way for me to express myself. I was still drawing a ton, but photography allowed me to show viewers the world how I saw it and even at age 11 that was something I really liked.

I took a photo class in high school and got to shoot on a DSLR for the first time which was really cool, especially because coming up as the child of immigrants, we didn’t have much, so it was super dope to be able to use equipment that I couldn’t afford at the time.

I went on to attend the University of Massachusetts Lowell, where I majored in Journalism & Professional Writing and minored in Fine Arts. Aside from my journalism courses, I was also able to get hands-on experience with film photography for the first time through my art courses. My sophomore year of college, I was able to buy my first DSLR, which was the Nikon D3200.

I discovered my passion and niche within photography, music photography when I was in college. I shot my first concert, Pierce the Veil’s 2015 World Tour, which I covered for my university’s student newspaper.

As a teenager, going to concerts was another one of my passions. I used to always wonder how the photographers who got to shoot the bands from the photo pit did it, so being able to actually DO it myself was a major gamechanger for me as an artist.

During my time at UMass Lowell, I was shooting festivals and concerts for the paper on a regular basis, and I’ve taken photos at Vans Warped Tour, Boston Calling, Afro-Punk fest, Day N Nite Fest and other various concerts since then.

After graduating two years ago, I had to make a decision: stay in Massachusetts and work a job that didn’t bring me joy as a photographer or move over 3,000 miles away from my family and friends to California so I could pursue entertainment digital media and music photography.

I’ve been out on the west coast for nearly two years now, shooting music and working on other various photography endeavors.

Great, so let’s dig a little deeper into the story – has it been an easy path overall and if not, what were the challenges you’ve had to overcome?
Switching over from the Boston music scene, which is moderately sized to the Los Angeles scene which is WHERE music IS was a major shift. I had issues breaking into the scene out here and it took over a year for me to really hit the ground running, especially after moving so far away from where I grew up.

Alright – so let’s talk business. Tell us about Jenny Desrosiers Photography – what should we know?
I consider myself to be an overall visual creative as I do a variety of things artwise like drawing, video, makeup, styling but my main endeavor is photography.

I currently shoot with a Nikon D610, Ricoh 35mm film camera, and I’ve been playing around with disposable cameras lately as well. My passion and main focus at the moment is music photography but I love shooting portraits, behind the scenes, and I hope to get into more editorial work in the future.

Those who know me personally know that I stutter, I have a speech impediment. I repeat parts of words or get blocked on certain sounds and syllables, so verbal communication never came easy to me. Growing up, I was bullied severely by my peers but I started using photography in middle school as a way to cope with that and managed to make a business and living off of it nearly a decade later which is CRAZY because I didn’t plan this at all.

I’ve always been able to express myself freely artistically without the pressure of having to speak, whether it be visual or written so when I discovered photography, the fact that I have this speech impediment wasn’t really even an issue anymore because with photos I can just show people what I’m trying to say.

I’m part of a new generation of artists whose families have only been in the United States for 30 or so years so it’s really dope to be able to make my mark on the art world as a “newcomer” in a sense.

I’m driven to inspire not just young black creatives but also other creative children of immigrants with the work I put out there. Our parents came here with little to nothing in their pockets, many of them not speaking a lick of English to give us a better life.

We’re told to settle for traditional and “safe” careers like nurses, doctors, and lawyers over the arts but I honestly feel like it’s up to us to dream even bigger than they did by coming to the United States, even if that means going against the grain and pursuing art.

Each generation breeds a new wave of influential artists and as first or even second gen. Americans, we’re here to stay, and our work deserves to be seen and heard.

Is there a characteristic or quality that you feel is essential to success?
The biggest thing that has helped me personally is working on being fearless. Fear is normal but fear shouldn’t hold you back ever. Before I boarded that flight from Boston LAX two years ago, I was TERRIFIED, especially I was moving out here alone. But after I did it, it was 100% worth all of that fear and anxiety I had to push through.

Jumping into a new industry with new people was SCARY. But overcoming that fear and still working on overcoming fears has been my biggest driving force and has taken me as far as I’ve gotten so far.

Granted, I’m not perfect and I still sometimes struggle with fear, imposter syndrome and anxiety regarding my art and photos but it’s about allowing those feelings to pass through you and not living in them because that will always hold you back.

I started 2019 wanting to do all sorts of things that terrified me in order to move through it and stop holding myself back because of my own anxieties and I recommend this method to everyone, artist or not. 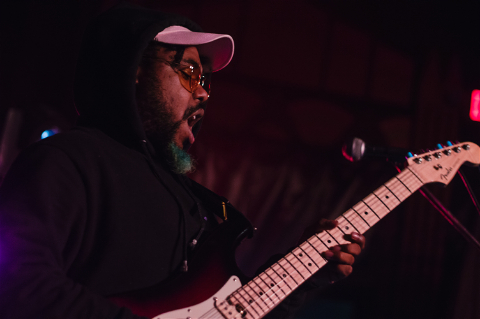 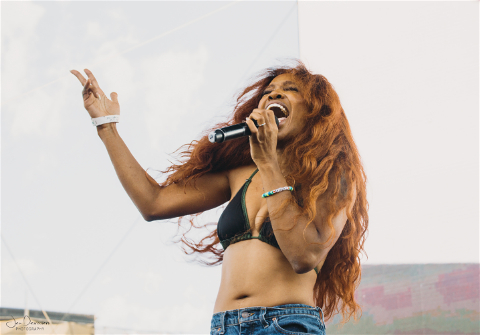 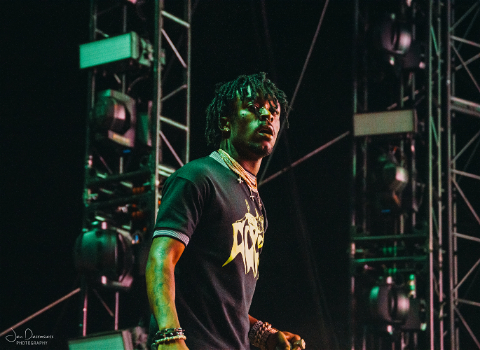 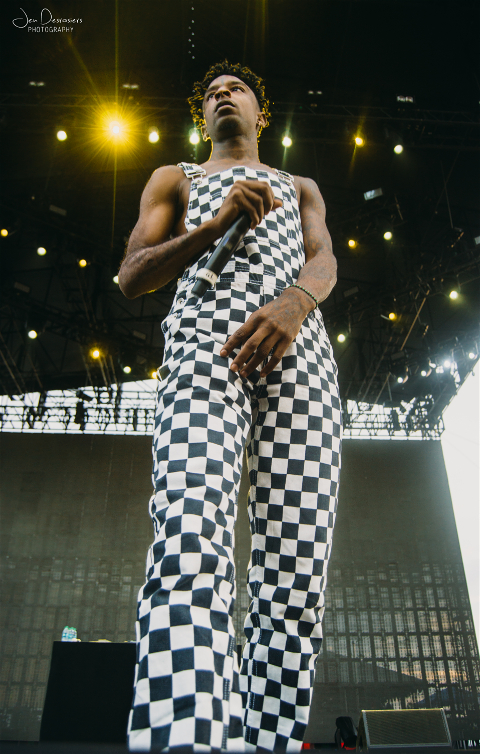 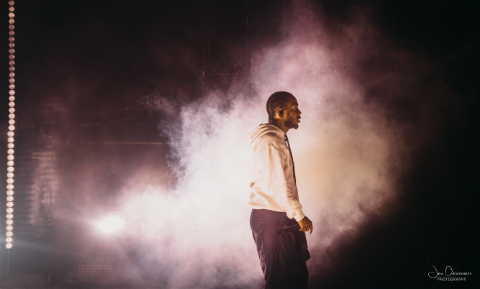 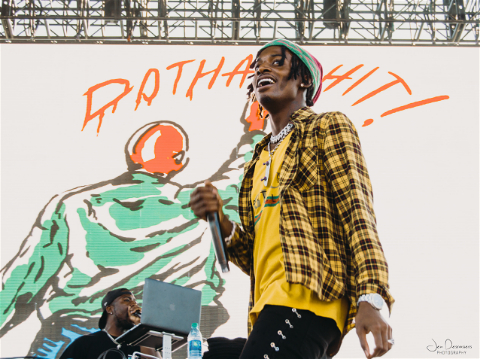 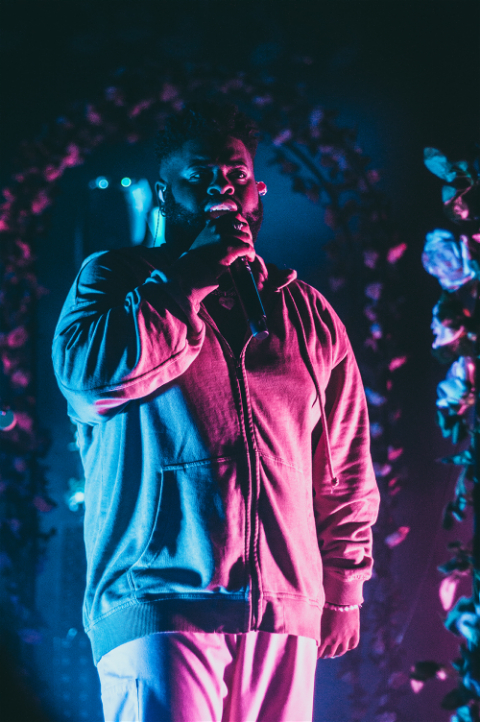 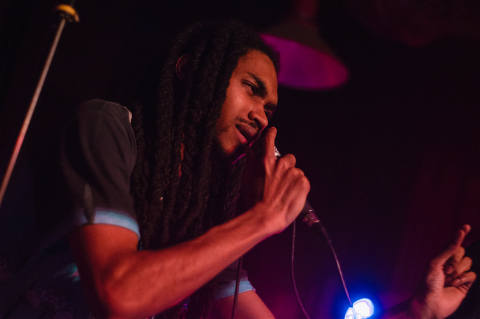