Today we’d like to introduce you to Jennie Webb.

Jennie, let’s start with your story. We’d love to hear how you got started and how the journey has been so far.
I guess I should start out by saying I’m not a very linear person. I tend to move in oblique angles (okay, curves really), get caught up in detours and fall into things.

A lifetime ago, I trained as an actor, but pretty quickly figured out that I didn’t need to perform. Not badly enough to jump through all of the hoops (in this town, especially) and the fact is, I’m not – by nature – a performer.

I did need to say something, however. To share unexpected stories and the truth as I experienced it; to reach with audiences. What I am is a communicator and a connector. So I started writing plays.

In the late 80s, I started making theater in LA with terrific, scrappy artists who weren’t afraid of just putting it out there – rough edges and all. For a number of years after that, I was happy to support local theater companies and projects, working in arts education and publicity and as an independent arts writer.

Then I reached a point where I looked around and said, “Wait! What about my art!” And I shifted gears (probably the most intentional thing I’ve ever done in my life) and got back to playwriting.

But at the same time, I wanted to continue to support other writers. Encouraged by Ellen Geer, artistic director of Will Geer’s Theatricum Botanicum, I started the classical theater’s new play development program,“Botanicum Seedlings.”

That was almost 20 years ago. Since then, I’ve worked closely (as a playwright and a dramaturg) in new play development with a number of other companies and organizations in LA (Moving Arts, the Road Theatre Company, Ensemble Theatre LA, Inkwell Theater, Rogue Artists Ensemble, Santa Monica Rep, The Blank Theatre, Playwrights Union and Rogue Machine Theatre among them) and through programs across the country.

But in 2009 my work took another distinct turn. For a long while, there seemed to be a resurgence of feminist energy in theatrical circles (at least in my own!). Then, the Sands Study was released, which created a storm of controversy and shed a bleak light on gender parity in the theater. A key finding of the study was that the percentage of plays written by woman on stages across the U.S. was shockingly low: 17%

Yikes! Of course we’d realized that male playwrights (okay, white male playwrights) dominated the industry, but with that number out there, we had no choice but to label this for what it was: unfair representation. And many of us felt like we had to do… something.

So playwright Laura Shamas and I co-founded the LA Female Playwrights Initiative (lafpi.com) with the goal of getting more work by women onstage and promoting and connecting female-identifying and under-represented theater artists.

Over the past ten years, the journey of LAFPI has taken twists and terms as a grass-roots community organization, as we all try to figure out the best ways to keep moving forward and serving and supporting each other.

And I guess it’s only natural that my activism in this area has colored my own work, and the way I view the work of others. I mean, once you see you can’t un-see, right?

Now, every time I look at a theater company’s season or a play program, I’m very aware of how many female-identifying artists are involved. When working on a project, I reach out first to female collaborators. I’ve always written women characters, but now I make sure that there are never more roles for men than for women in my plays. (And to be honest, I’m a little pissy with other female playwrights who don’t do the same!)

Has it been a smooth road?
In terms of LAFPI – and my personal efforts to support women artists and get their voices out there – I guess I have to admit that it’s a constant struggle. A lot of ups and downs and back and forth and spinning in circles.

Isn’t that pretty much true for every activist? Indeed, for any artist.

My own experience is pretty small scale, but the hardest thing, I think, is hitting that wall where you question whether anything you’re doing is making a difference. You wonder if anyone is seeing or hearing you. Or even worse, think, “Do they not even care?”

It’s interesting, because the survival skills – mantras, maybe? – that I’ve been honing over the past ten years or so are something I’m really tapping into right now. (I’m “safer-at-home,” right now, in the height of the Pandemic.)

LAFPI is an all-volunteer organization, and I’m very fortunate to have assembled an amazing team of women who keep us going, month after month. (Along with a few generous donors!)

Here are some things I have to remind myself of, over and over again, in terms of myself and my fellow Instigators.

• Everyone is doing the best they can and doing it for the right reasons – because they believe in what we’re doing.

• Focus on positive actions and interactions.

• Everything makes a difference and nothing’s going to change overnight.

• We’re all giving so much, but we also have to make sure we get what we need through our involvement.

• Especially when we’re feeling tapped out, we can keep in mind energy conservation and sustainability: conserving our own energy so we can sustain the movement.

We’d love to hear more about your work and what you are currently focused on. What else should we know?
When we were putting LAFPI together, we really wanted it to be an organization that would embrace the work and efforts of any female-identifying playwright, and by extension other women artists. (And organizations who love them!)

So LAFPI is really a service organization, constantly evolving as a springboard for ideas and needs. We have an active website with profiles of plays by women on LA stages, a popular blog, articles and information and regular eBlasts with news and updates. Anyone (of any gender) can become a member (although we prefer the term “Instigator”) and participate in any of our events, which largely focus on building community.

Presently, we hold quarterly gatherings and events which include a version of our “Micro-Reads” (one-page plays pulled out of a box and performed on-the-fly), evenings at the theater to see plays by women (Geffen Playhouse has really stepped up on this front!) and are very active during the Hollywood Fringe Festival, bringing together “Fringe Femmes” and tallying percentages for projects written by women and writers of color.

We also put a lot of effort into connecting with theaters and companies in LA to establish relationships and find new artists… particularly since we lost our home at Samuel French Bookshop at the end of last year!

What am I most proud of? That we’re keeping it all going, moving in the right direction, at whatever pace we need to. (Even if, like this past March, we need to make quick adjustments and hold our events virtually!)

Is our city a good place to do what you do?
I love LA, and I love the LA theater community. It’s got a very distinctive feel that’s very LA. It’s vibrant and challenging and surprising – just when you think you’ve got it down, you make another incredible discovery.

I’ve also observed that because we’re in such a volatile business – taking such a small piece of the entertainment industry pie here – we sometimes want to play it safe. (Relatively speaking.)

We can view real change, and efforts like getting more diverse voices and artists onstage and addressing sexual harassment in our community (LAFPI is supporting a group called the Safety Net Collective http://safetynetcollective.info/, which is looking at this through a confidential survey), as being too risky.

Which means that to repeat our successes, we do the same thing, work with the same artists, over and over again. As a result, our circles become smaller and smaller.

Okay. So it goes without saying that the world will change post-pandemic, and the theatre community with it. Right now, “safe” takes on very different implications. We’re facing a very real threat and doing whatever we need to do to, literally, survive.

But at the same time, look at us! We’re connecting with new artists (and audiences) because it’s a really small circle, just in our living room. We’re reaching out to expand our circles and coming up with different ways to create and support artists, and that’s a good thing.

Hopefully, once we come through this and are able to gather together in person to make art, we’re able to look at the ways in which change can make us healthier, stronger and more successful. Because no one can really argue: We are truly in this together. That’s one thing I hope won’t change. 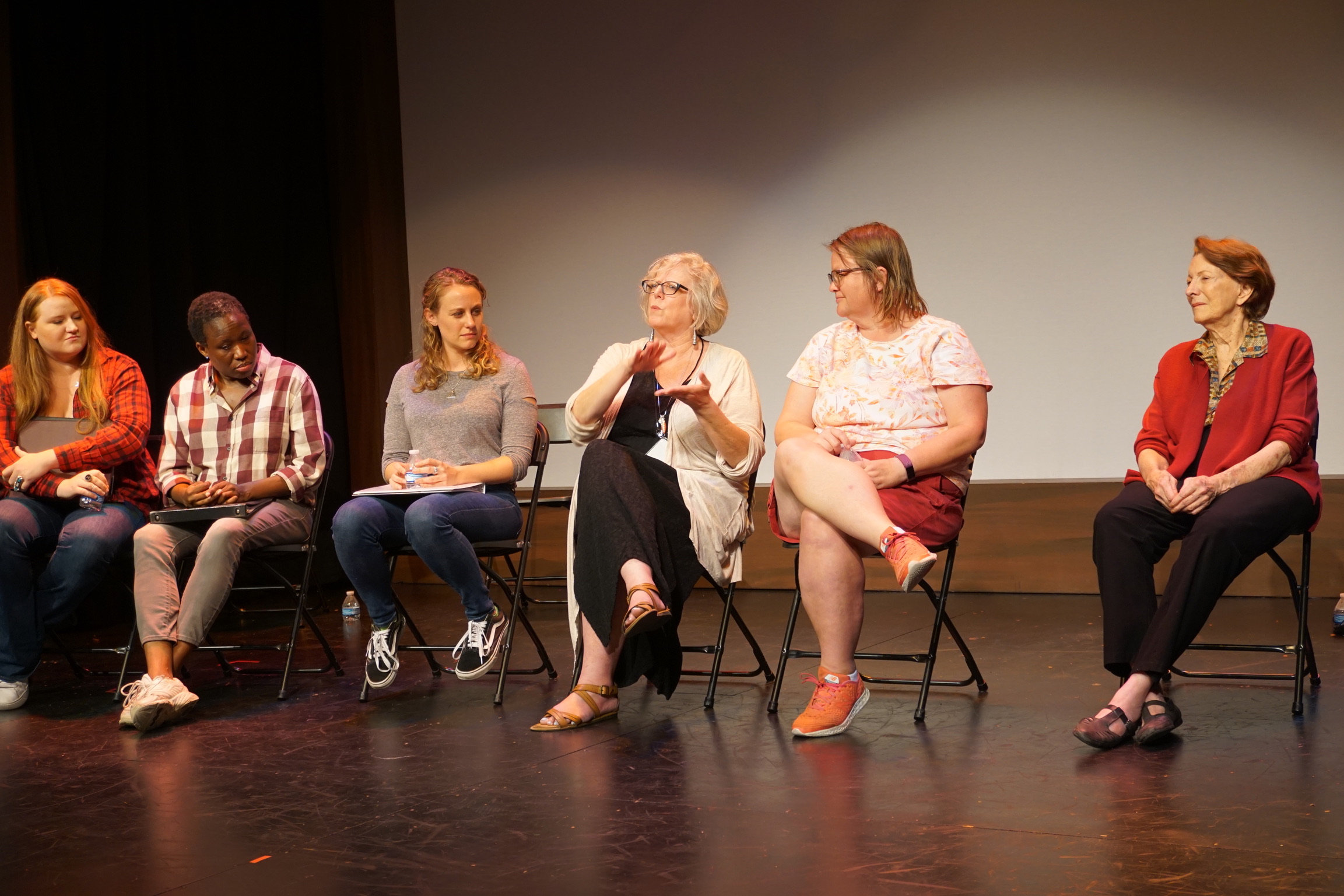 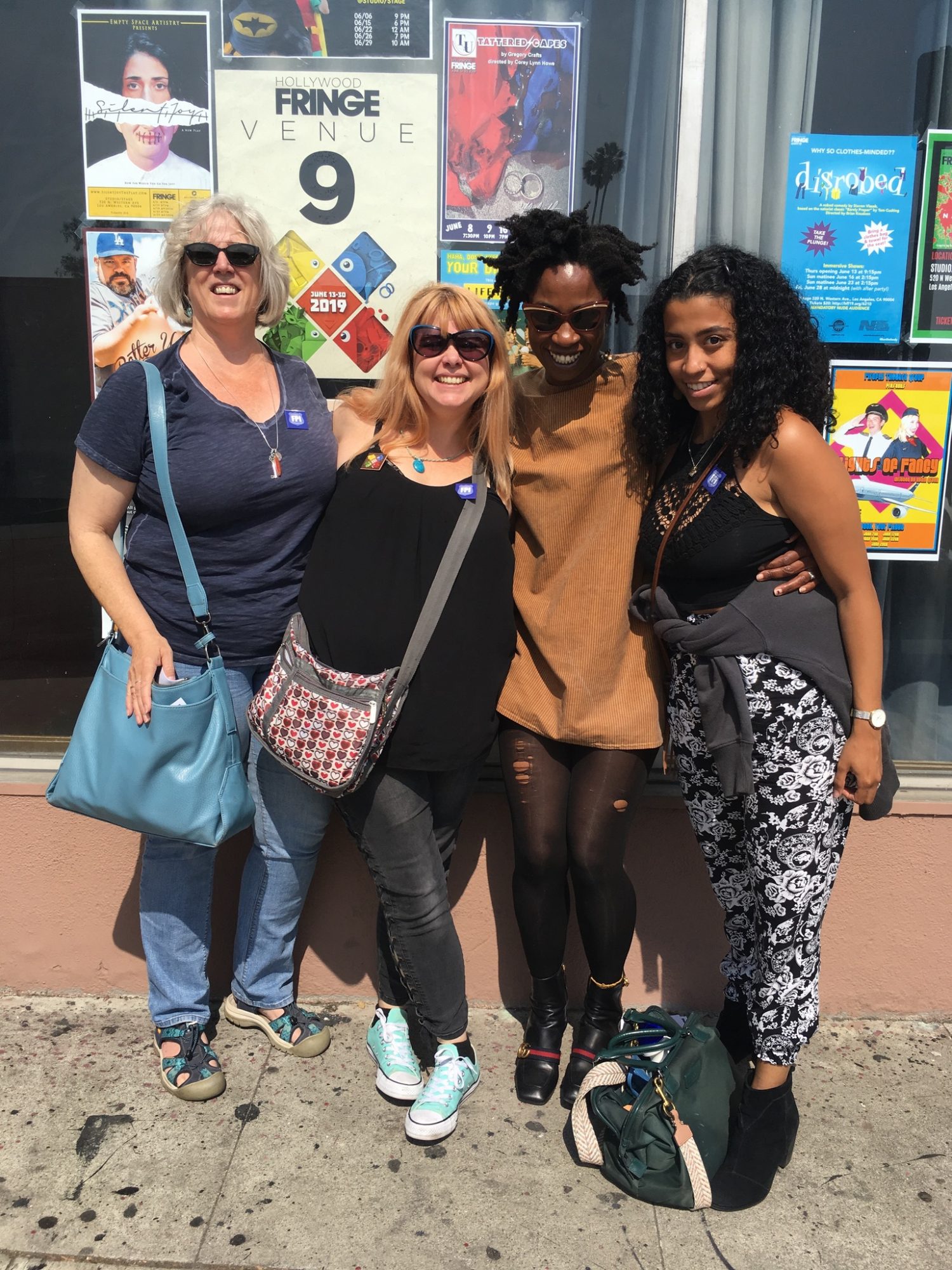 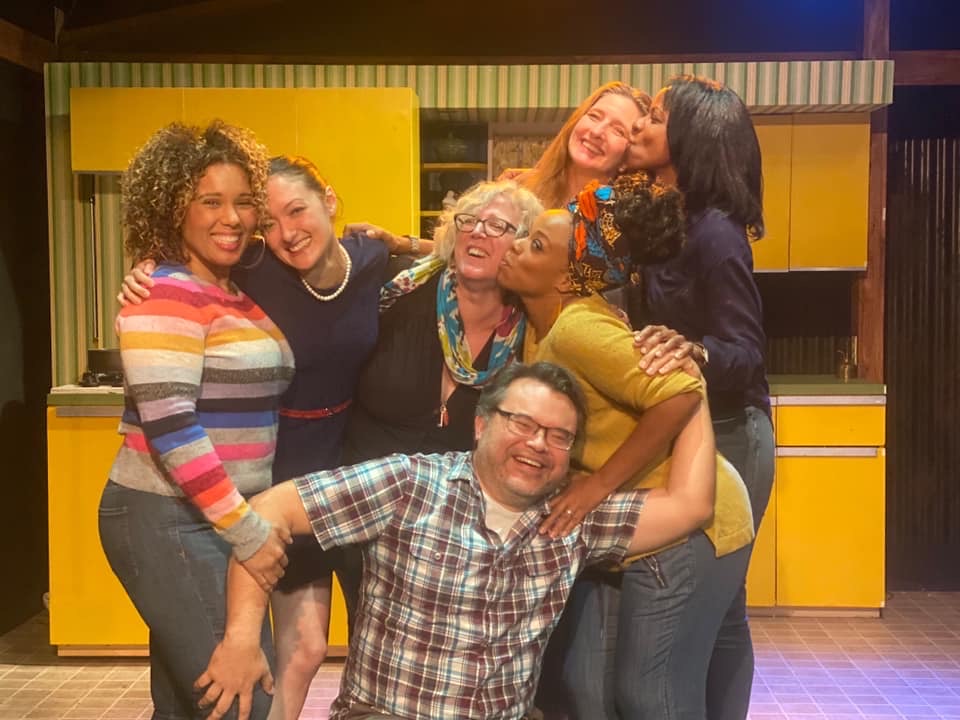 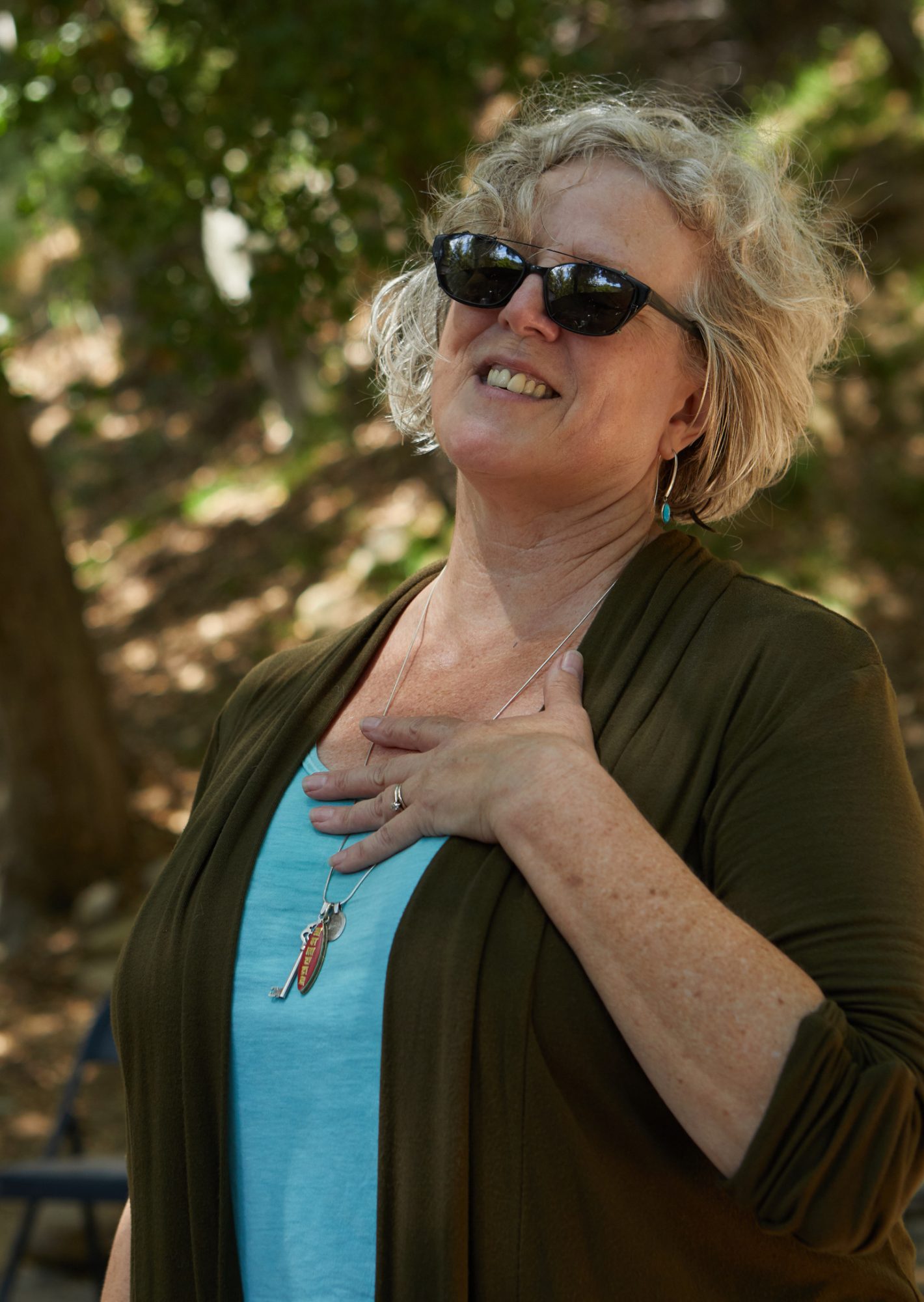 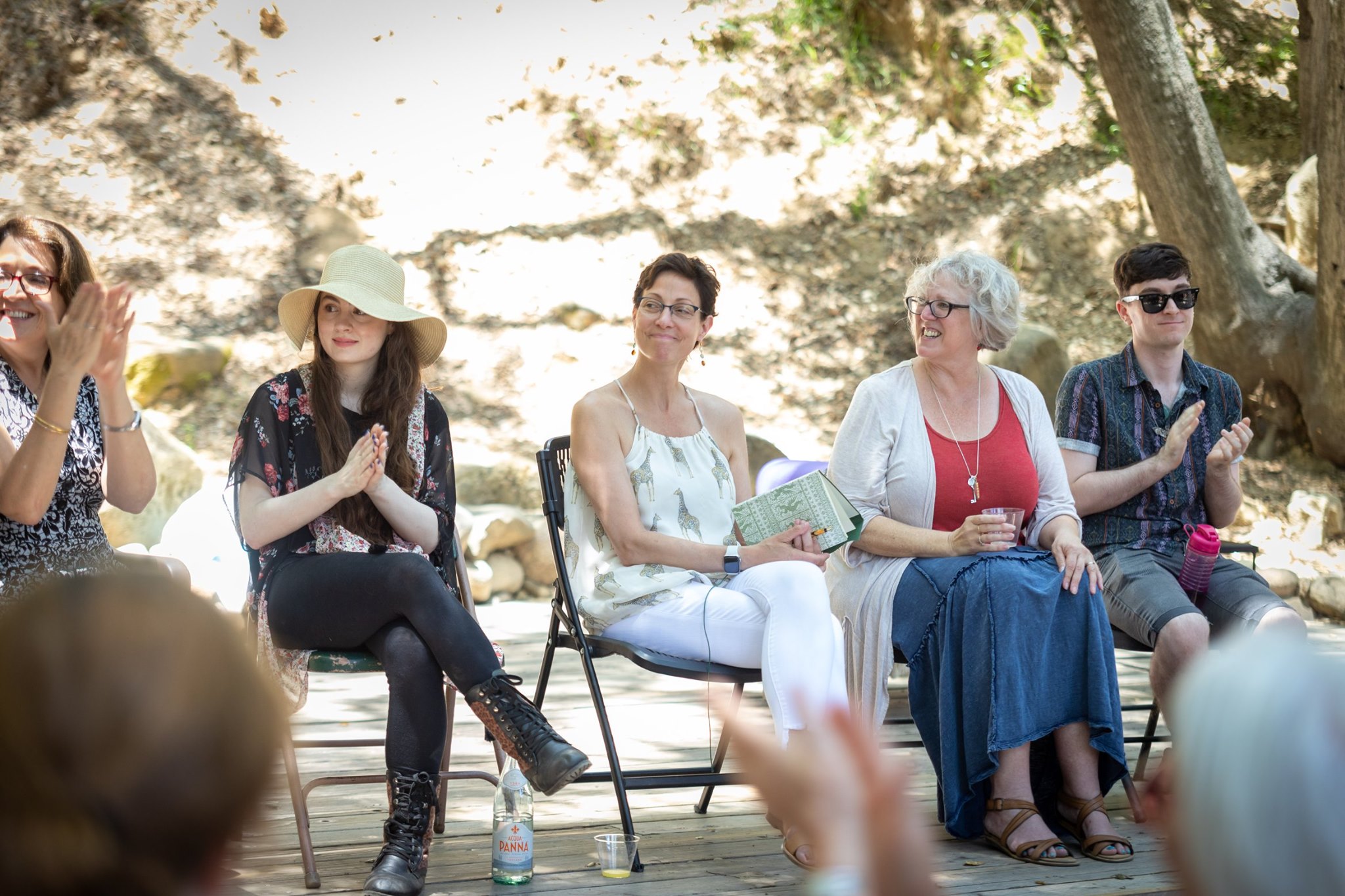 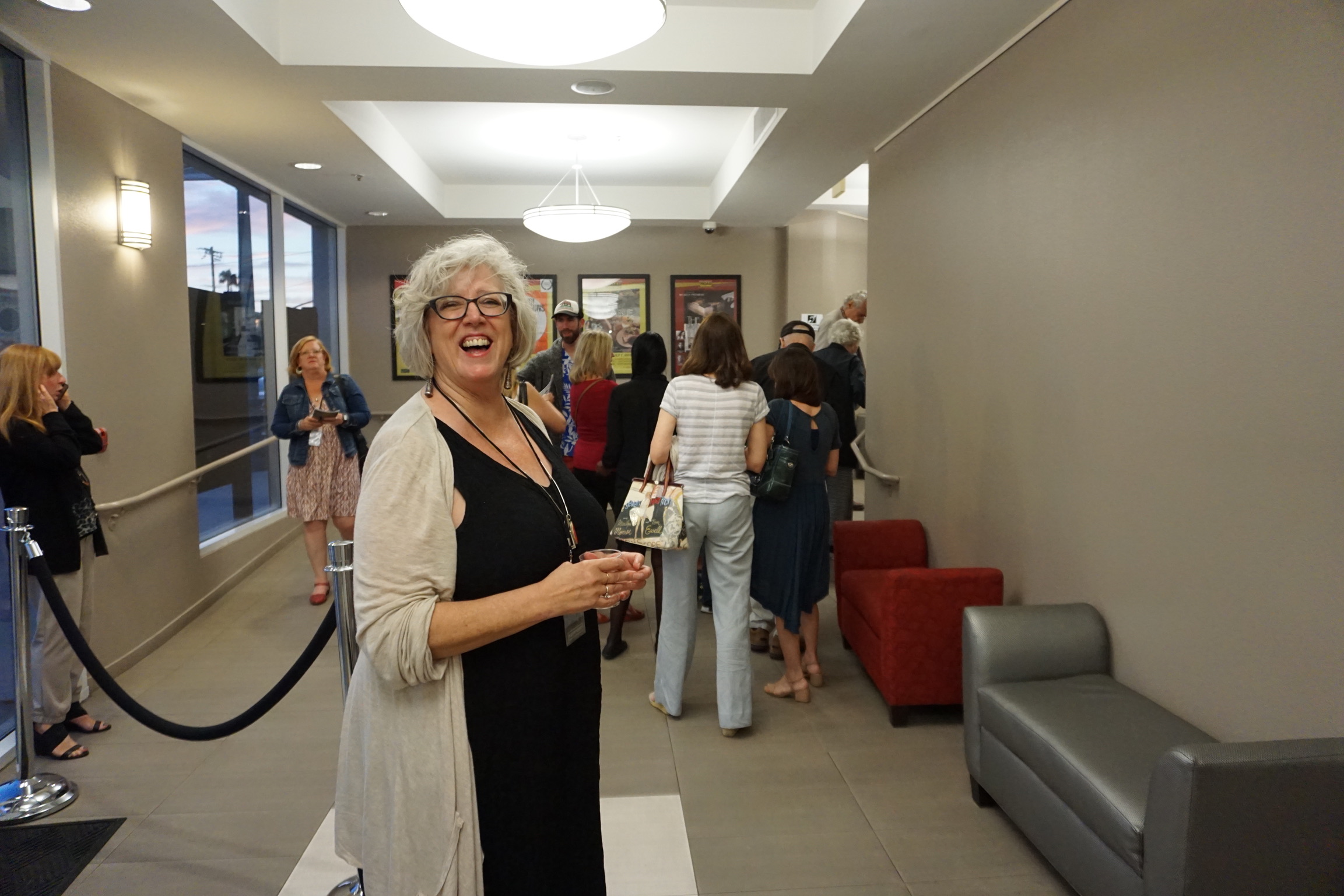 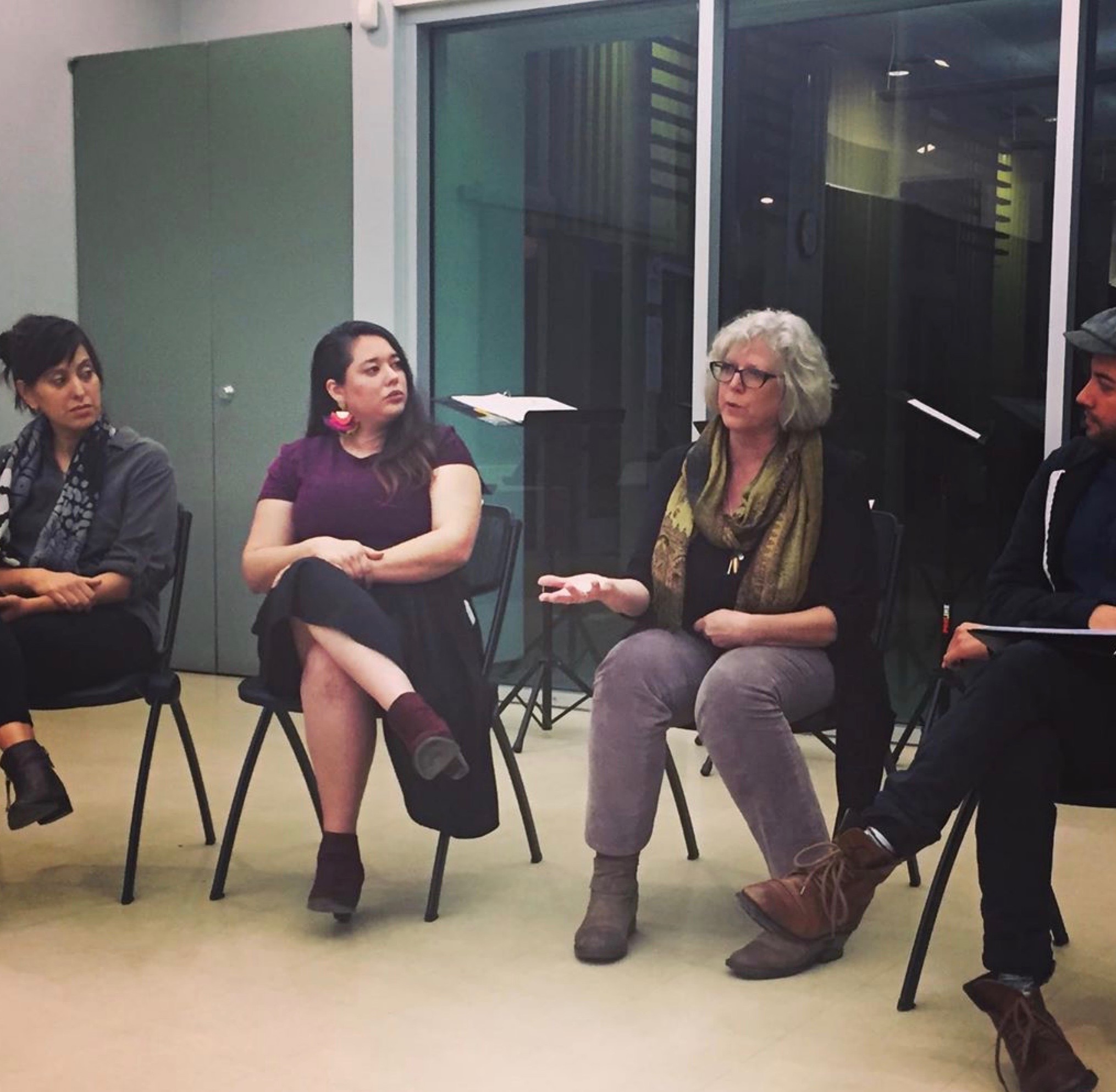 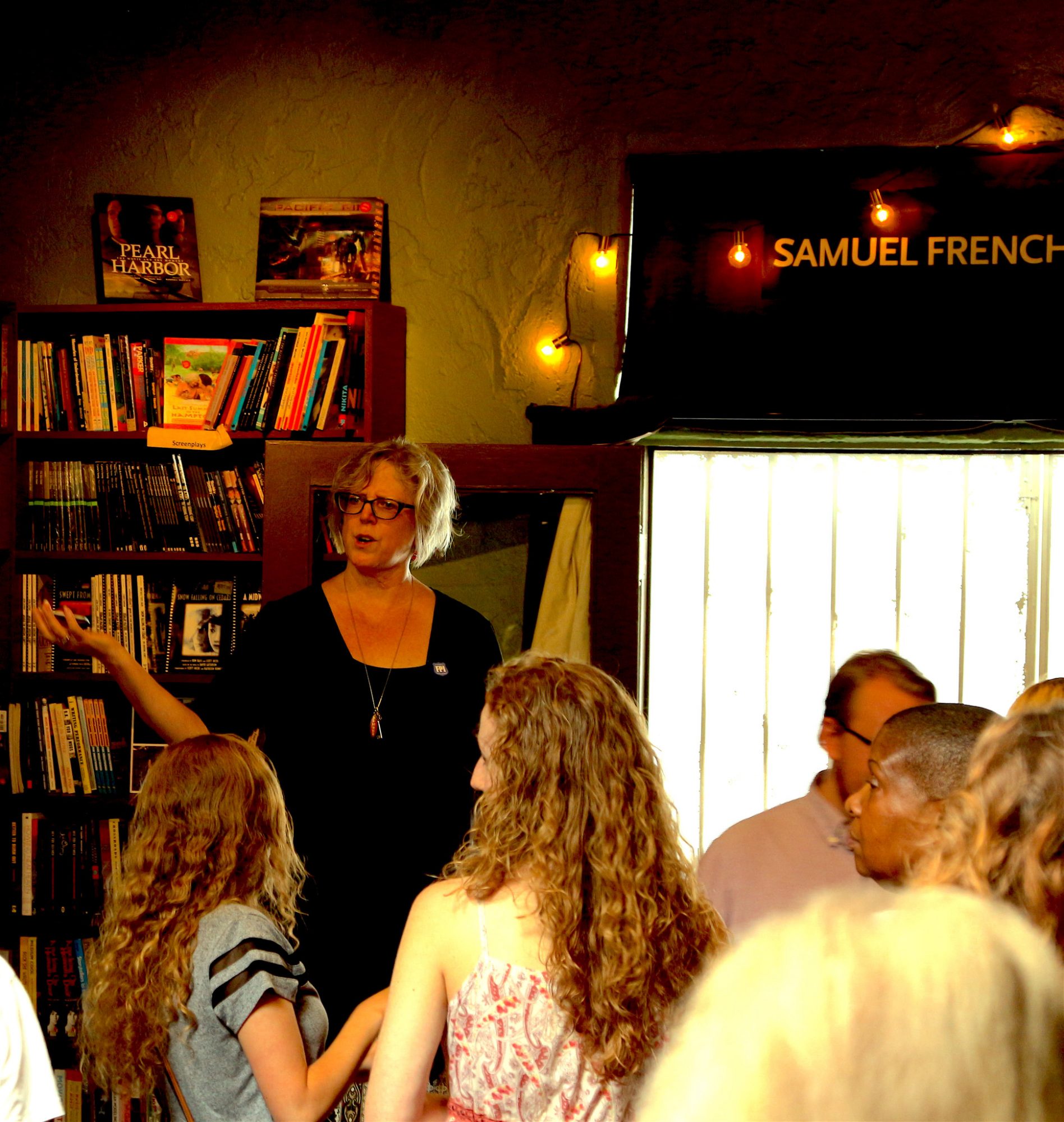