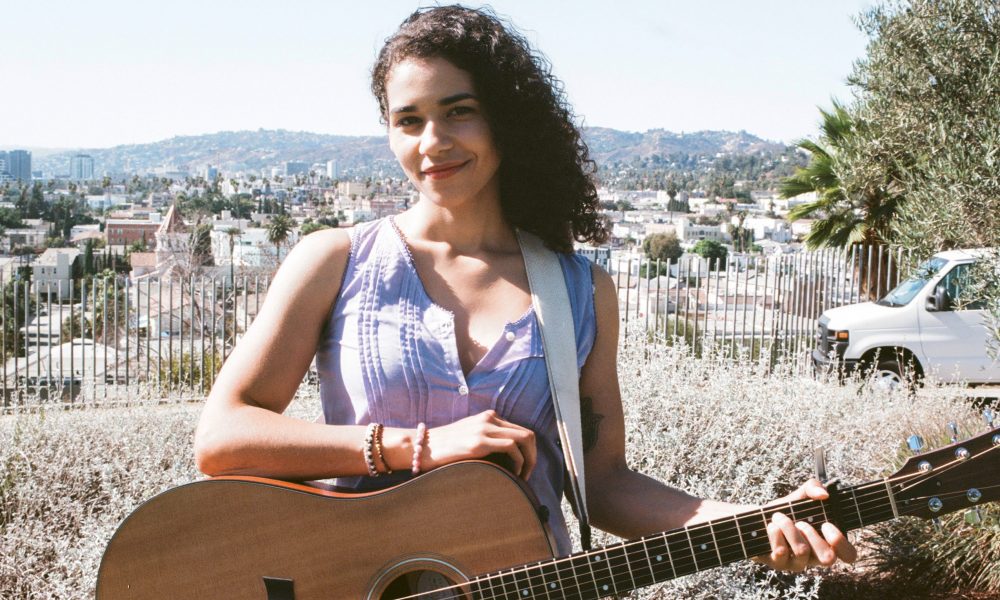 Today we’d like to introduce you to Jenna Noelle.

So, before we jump into specific questions, why don’t you give us some details about you and your story.
I’ve always been an artist. Creating is the best way for me to express myself and connect with others. I was making art and writing stories before I became a musician. I used to feel really shy and out-of-place, but I found a home with music. Now that I’m here, I can’t think of anything else I’d rather be doing.

I was born in Flint, MI, and raised in a tiny town 20 miles north of it. My mom was a single parent and my siblings and I were some of the only mixed kids in the area. It was hard to fit in, so I immersed myself in quiet activities like drawing, writing stories, and poetry in order to cope with the “other”-ness I felt. I took an interest in music during middle school. I learned to play the flute in band class and took private piano lessons for a few months. In junior high, I was bullied and fell into a deep depression. I found solace in music. I would stand for hours at my keyboard pressing the notes and humming melodies until I felt better. Songwriting became a form of therapy.

I got my first guitar when I was 16. I spent a lot of time in my room fumbling with the metal strings and training my wrist to strum. Within the first year of teaching myself, I broke the high E string so I initially learned to play with only five strings. I never liked working with a pick so I developed finger-picking techniques instead.

In 2011, I had my first heartbreak and wrote the song “Disappointment”. I was tired of holding everything in. I had an entire catalog of music that no one had heard because I was too self-conscious, so I made up my mind not to care. By summer of 2012, I was regularly attending open mics, busking in downtown Flint, playing at venues, and mingling with local business owners. I even joined a band for three months. That fall, I competed in Flint’s newly revived “Super Talent Show” where I caught the attention of one of the judges: an up-and-coming rapper/producer named Jon Connor.

I owe a lot to Jon. He introduced me to the world of recording, taught me the basics of producing, and gave me insight into the music industry. He welcomed me into his group of friends who were all talented performers and creatives. When he learned I was a visual artist he commissioned me to design the album art for Unconscious State. That was the first project I ever featured on as a singer, writer, and guitarist and it received so much attention that it dominated the front page of iTunes and charted on Billboard. The experience was unreal. I watched the success skyrocket Jon’s career and move him to Los Angeles. He was generous enough to invite people to join him. In 2014 I was flying into LAX to sit in on studio sessions with top names in the industry. I gleaned what I could as an observer and it inspired me to relocate to the city of angels.

I moved to LA in 2015, just as news about the water crisis was making national headlines. It was a conflicting time; Flint was the first place that truly felt like “home” to me and I was leaving it in a bad state. I remembered some advice from a friend, “Sometimes you have to leave to be able to bring something back.” I came to this city because I wanted better opportunities for myself and the ability to give back. I’ve grown in ways that I might not have otherwise. I’ve struggled with my mental health, gone on hiatus, learned karate, worked odd jobs, and met some incredible people along the way. No matter how crazy life got, everything led back to music. I’m staying focused and ready to embrace what comes next.

Has it been a smooth road?
It has not. For a long time, I struggled to define what I wanted for my career. My reasons for making music were pure: I wanted to heal and create. I started performing because the songs were meaningful to me, but I didn’t have a plan beyond that. When doors started opening up I defaulted to what other people wanted rather than trusting and investing in myself.

I used to feel miserable because I had no direction. There’s no blueprint for being an artist; the only way to achieve anything is through action. I had a lot of opportunities thrown my way early on that forced me to adapt and make choices regardless. After years of battling with indecision I decided to take control. In 2019 I created a plan for myself. Not even a year in, I had to survive several life-changing events (including a hand injury that kept me from playing guitar for a month).

We’d love to hear more about your work and what you are currently focused on. What else should we know?
I’m a multifaceted creative. Most people know me as a vocalist and singer-songwriter. My goal is to create things that connect people. Right now music is the best way that I’m able to do that.

I describe my sound as soulful, jazzy, and folky. From a songwriting and performative standpoint, I’m largely influenced by artists like Jeff Buckley, Fiona Apple, and Adele. I try to say a lot with simple lyrics and use warm, sometimes melancholy chords to accompany wide-ranging melodies and soft vocals. I just want people to feel something.

My singing voice really helps me stand out. It’s one part breathy, another part rich and soulful, and totally weird (to me, at least). I’m not classically trained but I’ve practiced singing a wide range of notes and mimicking various styles.

I’m always looking for ways to reinvent what I do. I’m expanding into new genres and practicing techniques for recording myself. I recently collaborated with an electronic producer and we have music coming out later this year.

How do you think the industry will change over the next decade?
Making and releasing music is becoming more accessible; artists are not solely dependent on major labels like they used to be. We’re going to see more creativity and new genres emerge. People are shifting away from relying on digital sales/streaming and investing more into live shows and I see that trend continuing. Live streaming is the next evolution of music and I see it becoming more immersive with technologies like 3d audio. In 10 years I think it will be possible to be virtually transported to any live show and interact with your favorite artists as if you’re there in person. 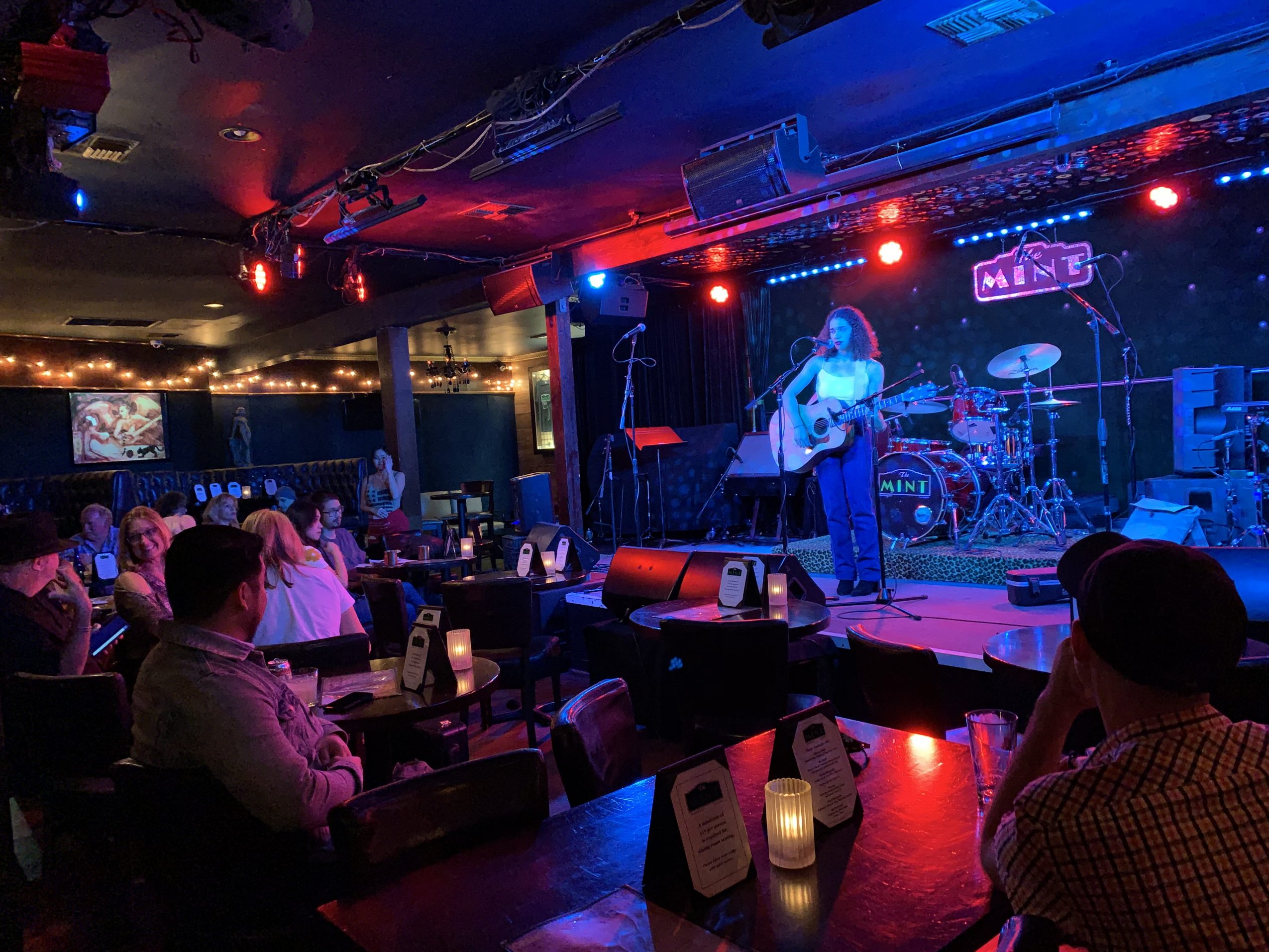 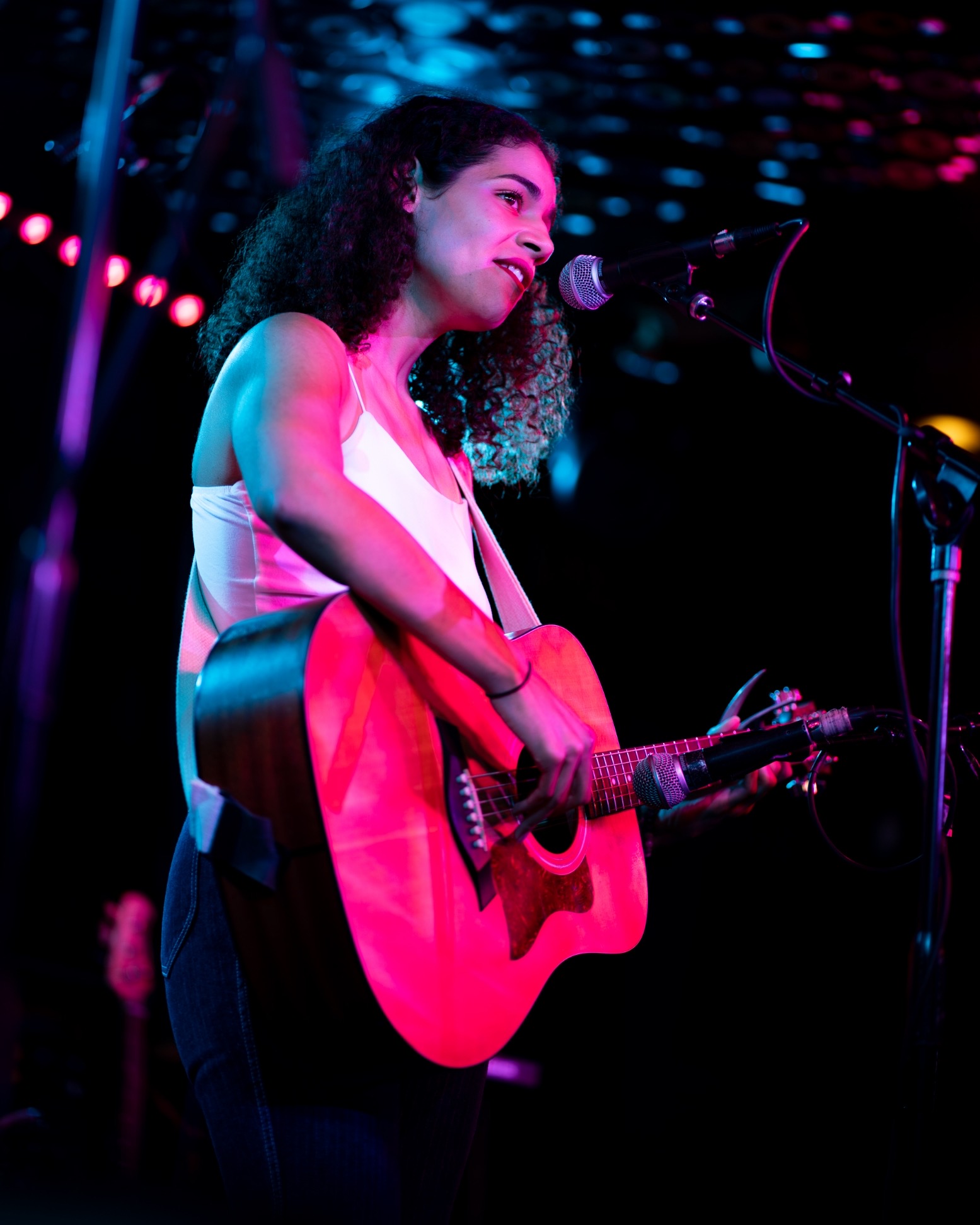 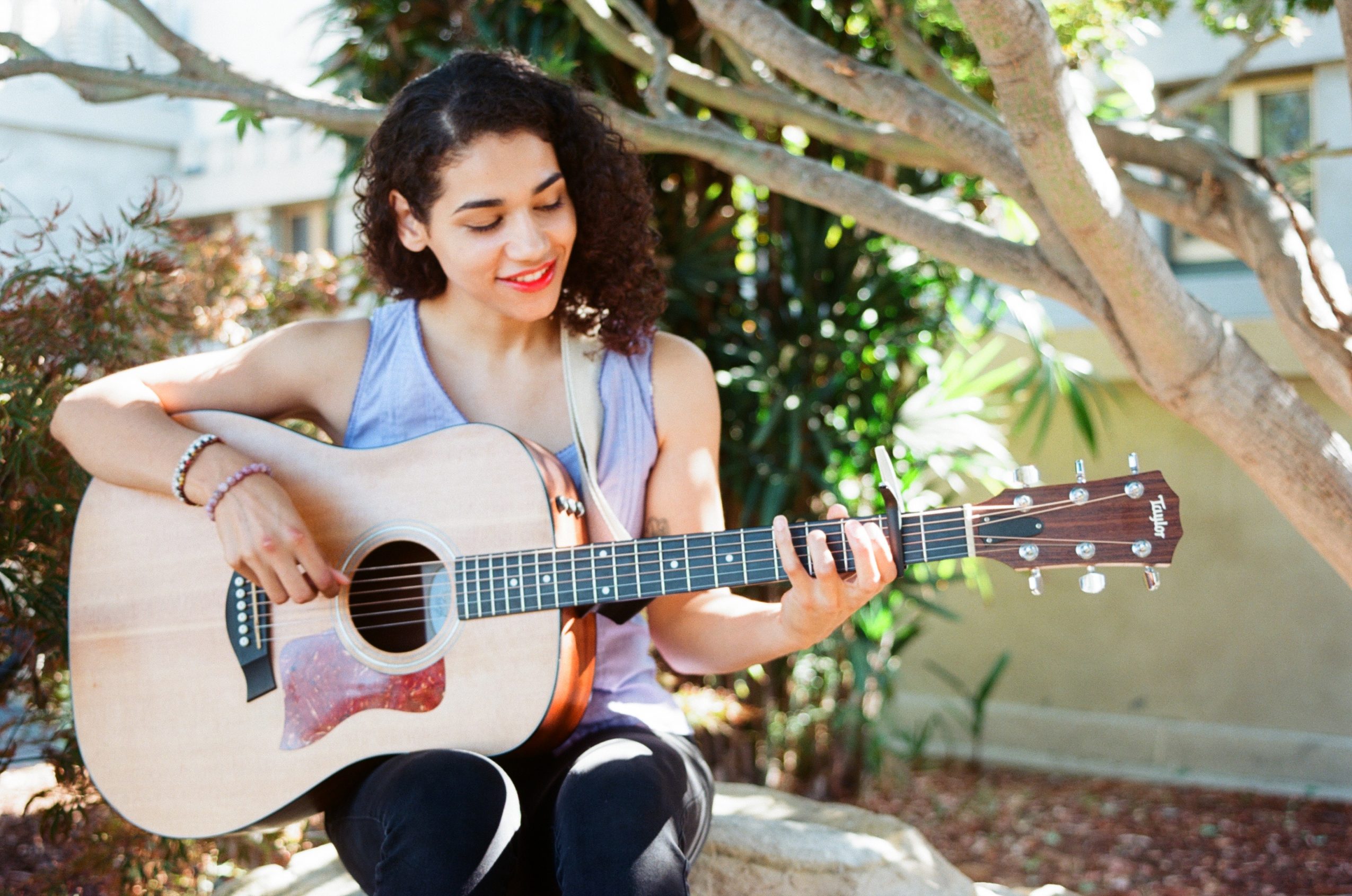 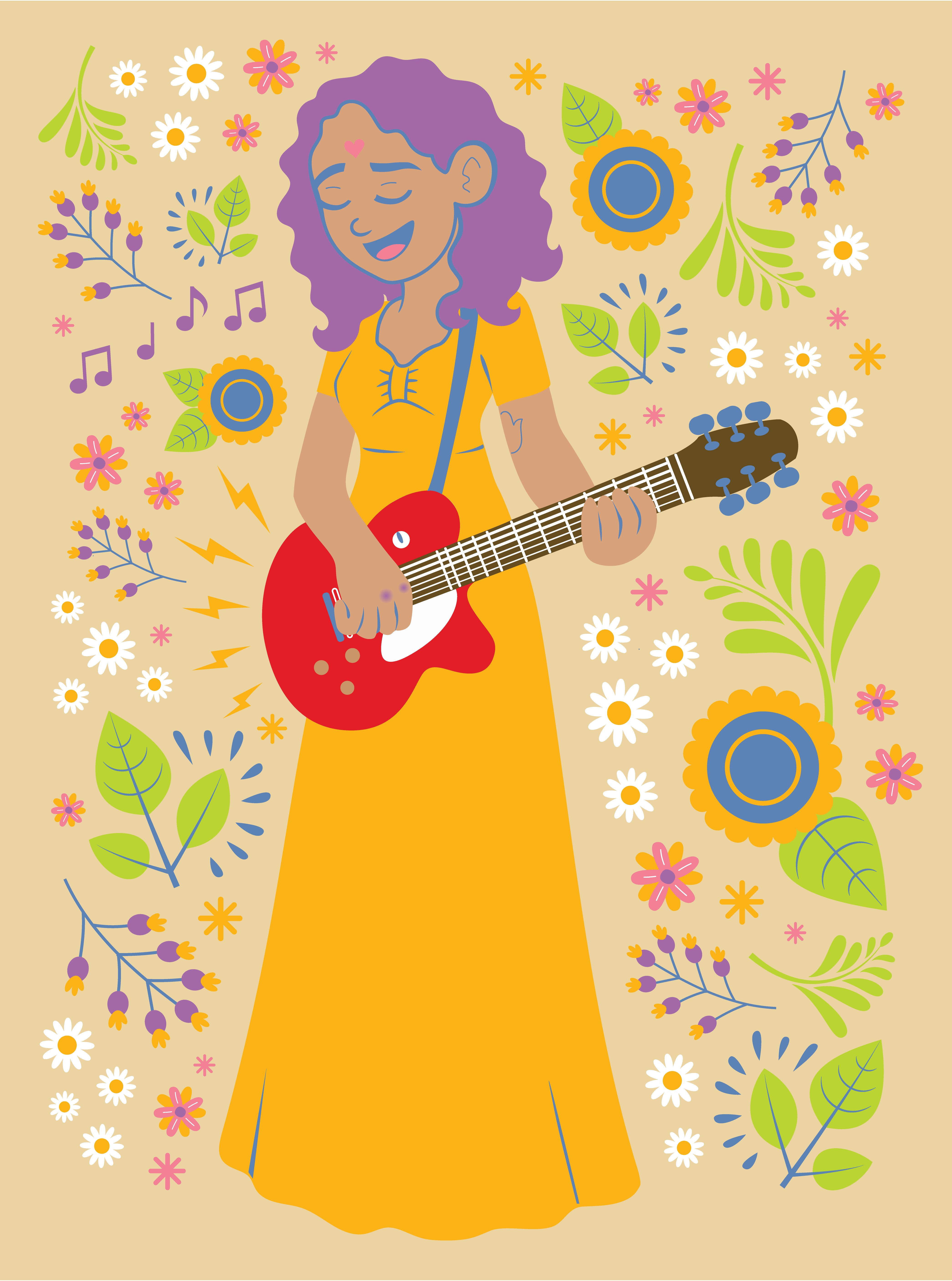