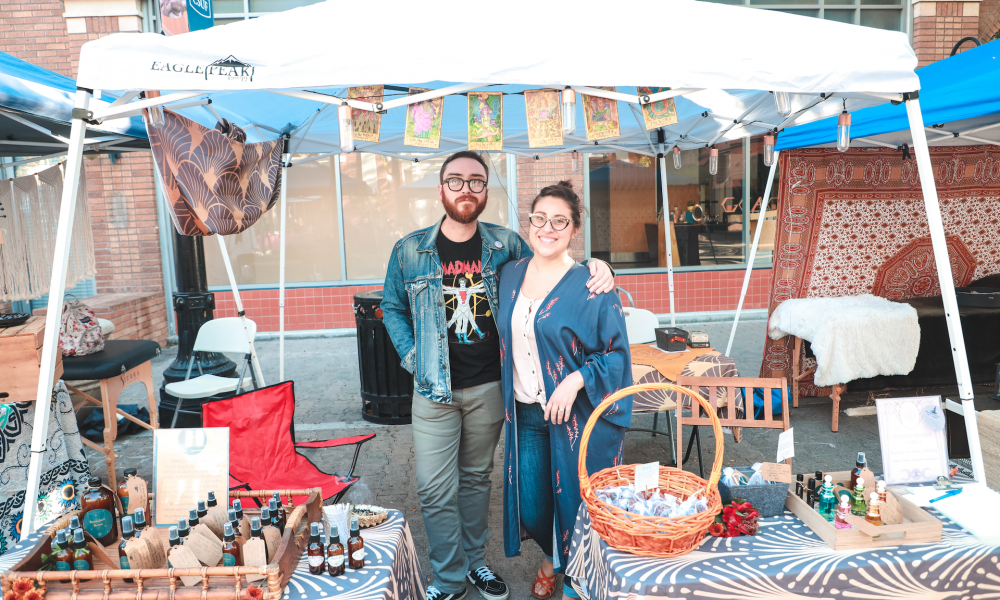 Thanks for sharing your story with us Jenn. So, let’s start at the beginning and we can move on from there.
When I was sixteen, my Grandma Sammie gifted me a tarot deck for my birthday. From there, I began reading for myself and really developing a relationship with the cards. My grandma taught me almost everything I know about tarot and what it means to be a witch. I credit a lot of my work to her. I suspect she could tell that, as a teenager, it was hard, and at times, lonely to walk on this path – especially while living in conservative Southwest Missouri. I think that she wanted me to know that I wasn’t alone and that I should use my gifts.

In August of 2015, my husband and I moved to Orange County. It was here where I realized I could be more open about my practice. Luckily, a few years later, in 2018, I met Lacey Conine a.k.a The Hype Priestess – and of course, now she can’t get rid of me. We met up for lunch on a cold, rainy day, and we’ve been pretty much stuck at the hip since then.

In March 2019, Lacey announced the first Witch Walk, a monthly art walk for witches and other members of the healing community. I asked her what I could do to help, and she said, “Come read!” At first, I was very hesitant because it meant I would be out in the open. ME? A READER? AND A WITCH?!.

I eventually got over it. I’m happy to say that I have vended at almost every Witch Walk! I even now co-host a podcast with Lacey called The Brew Witchcast, where we discuss being witches, readers, and more. So, hello, world! It’s me. Your witchy aunt. Take your shoes off at the door.

Has it been a smooth road?
It has not. I was born and raised in the Bible Belt. You wanna see a bunch of YoungLife kids lose their shit at the lunch table, pull out a Smith-Rider-Waite deck.

In 1998 Joplin, Missouri, there weren’t exactly heaps of “out” witches openly practicing in the community. I couldn’t even imagine someone even suggesting an event like Witch Walk without getting run out of town. It’s not like we had a book at the local library about being a witch. And researching on the internet in a household where internet usage was strict? Oof. So, I had to learn to practice in private or at least with those fellow secret witches and readers.

I was harassed at school a few times. Certain family members constantly told me that I was going to hell, that I was a sinner, that what I was doing was evil. Serve that with a side of puberty and see how it tastes. It ain’t exactly Dole Whip.

I couldn’t bring home books on tarot or witchcraft, so I would go to the local Hastings bookstore with my notebook, sit in the new age section on the floor, and take notes. I think the employees there took pity on me. When I did sneak books home, I had to hide them. My parents were very much convinced that this was a phase. Cute.

When I did start reading “professionally,” in 2009, it was all very word of mouth. I would go to someone’s home or they would come to mine. I once sat in the backseat of my beat-up old 2001 Ford Taurus in the parking lot of a McDonalds and pulled cards for a friend. I didn’t have my own space for a long time, and I was discouraged from being who I am.

Now that I have my own space and can freely practice, I think about those times and how they have helped me be the practitioner I am today.

So, as you know, we’re impressed with Jenn of Swords – tell our readers more, for example what you’re most proud of and what sets you apart from others.
I didn’t initially set out to have a business! I thought I would just do Witch Walk and that would be that. Now, a year later, I am happy to say that Jenn of Swords has grown! I even have a slammin’ website thanks to Nichole, Chad, and Natalie at The Tech Refinery.

The main services in which I specialize are tarot based. I offer a variety of readings from those directly emailed to you to remote sessions through Zoom and Google Hangouts to 1:1 sessions in person (when there isn’t a global crisis). I also host monthly workshops on how to get started with reading tarot as well as the occasional mediumship development class.

I’ve worked in education for over five years, and one of my specialties is blending academic coaching with tarot. I like to think of it as spiritual guidance counseling! I also use the tarot to help writers overcome any, well, writer’s block with my Intuitive Writing Coaching. I myself am a writer and pull cards when I am stuck – and it works! I am currently crafting a writing workshop on using tarot in your writing.

In addition to readings and workshops, I am known for my line of Bewitched Brews, handcrafted intentional sprays, spiritual cleansers, oils, and bath salts. These are made by me in my little home office. A lot of sweat – and magick – goes into all of my products. I design all my marketing materials as well and I package each order myself.

For the most part, I am a one-woman operation. But it would be remiss for me not to shout out my husband, who has supported me through all of this. He thinks being married to a witch is “pretty cool.” If you’ve purchased a product from me at Witch Walk, chances are, you have met him. It’s a family affair over here in the Tiny Tarot Office.

Let’s touch on your thoughts about our city – what do you like the most and least?
When I first moved to California, I actually hated it for the first six months. However, I also hated my job, which I think contributed to my feelings. Once I quit it, I began to explore more of what Orange County offered.

I am in Anaheim, home of Disneyland. It’s closed right now due to Coronavirus, but I am okay with that. Once it’s safe to go back and eat churros and beat my husband at Midway Mania, I will be there.

I am very proud of the citizens of our community and their organization of recent protests, their sharing of resources, and their aid during this time. I feel that this is a step in the right direction for Anaheim and Orange County as a whole. 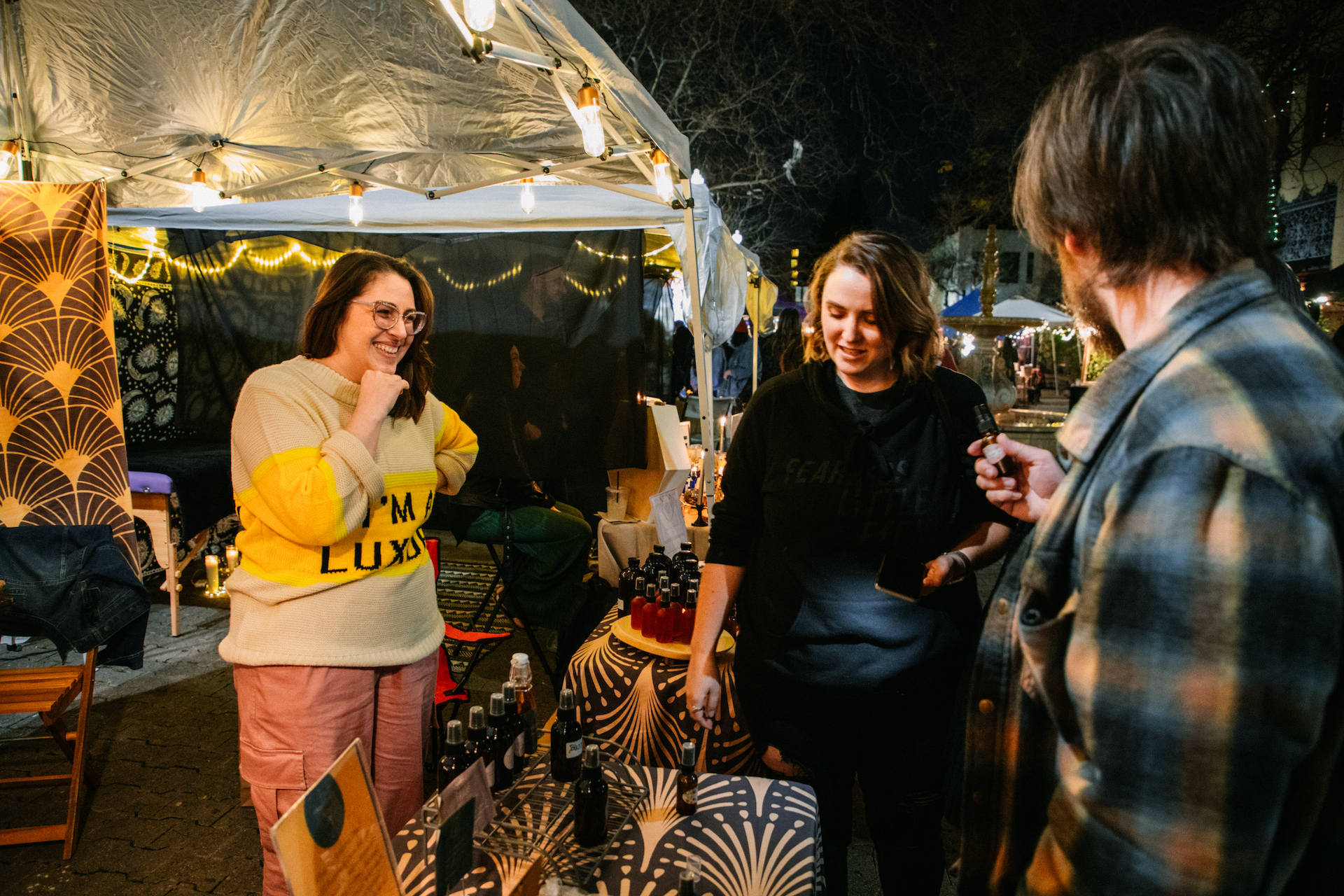 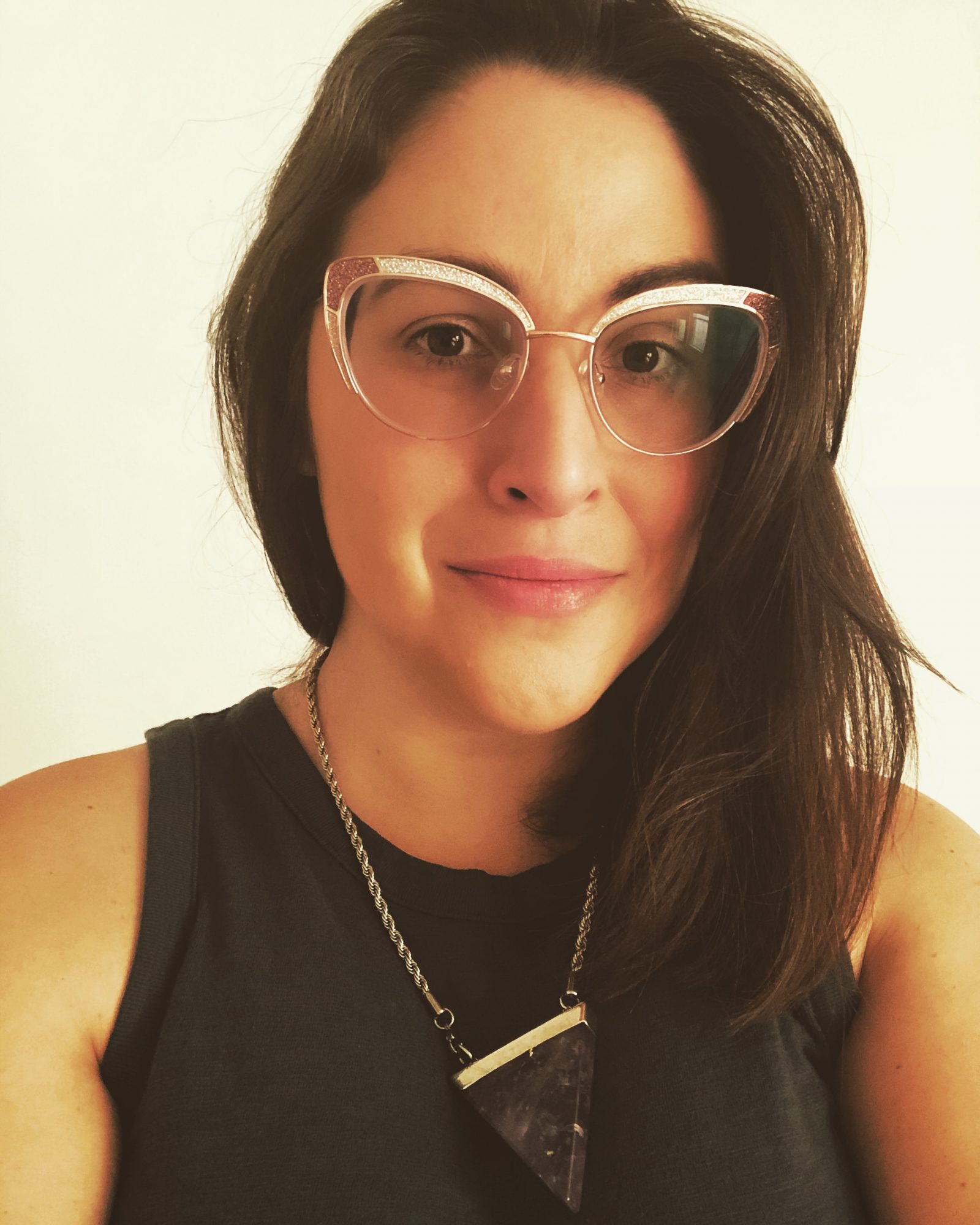 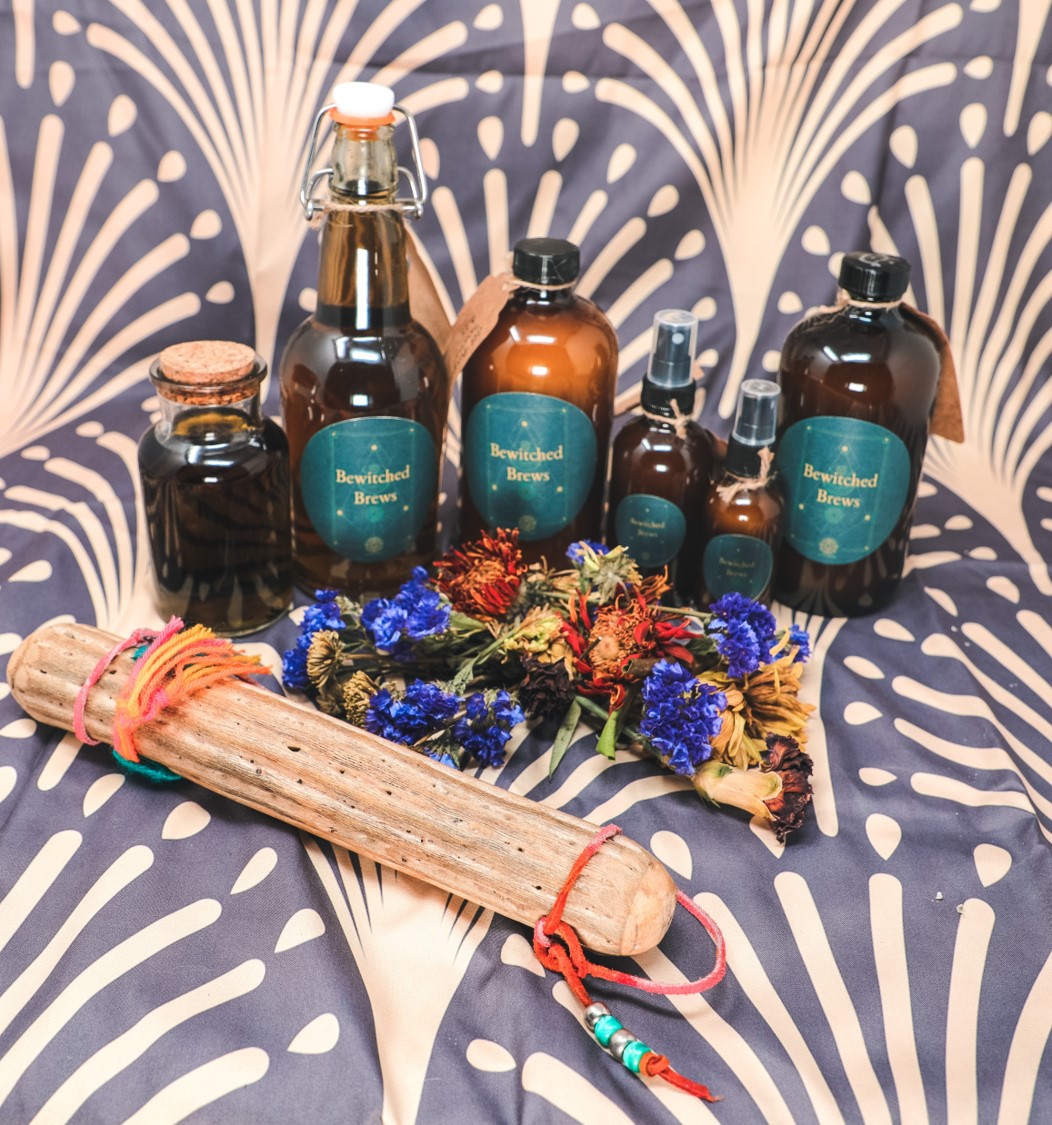 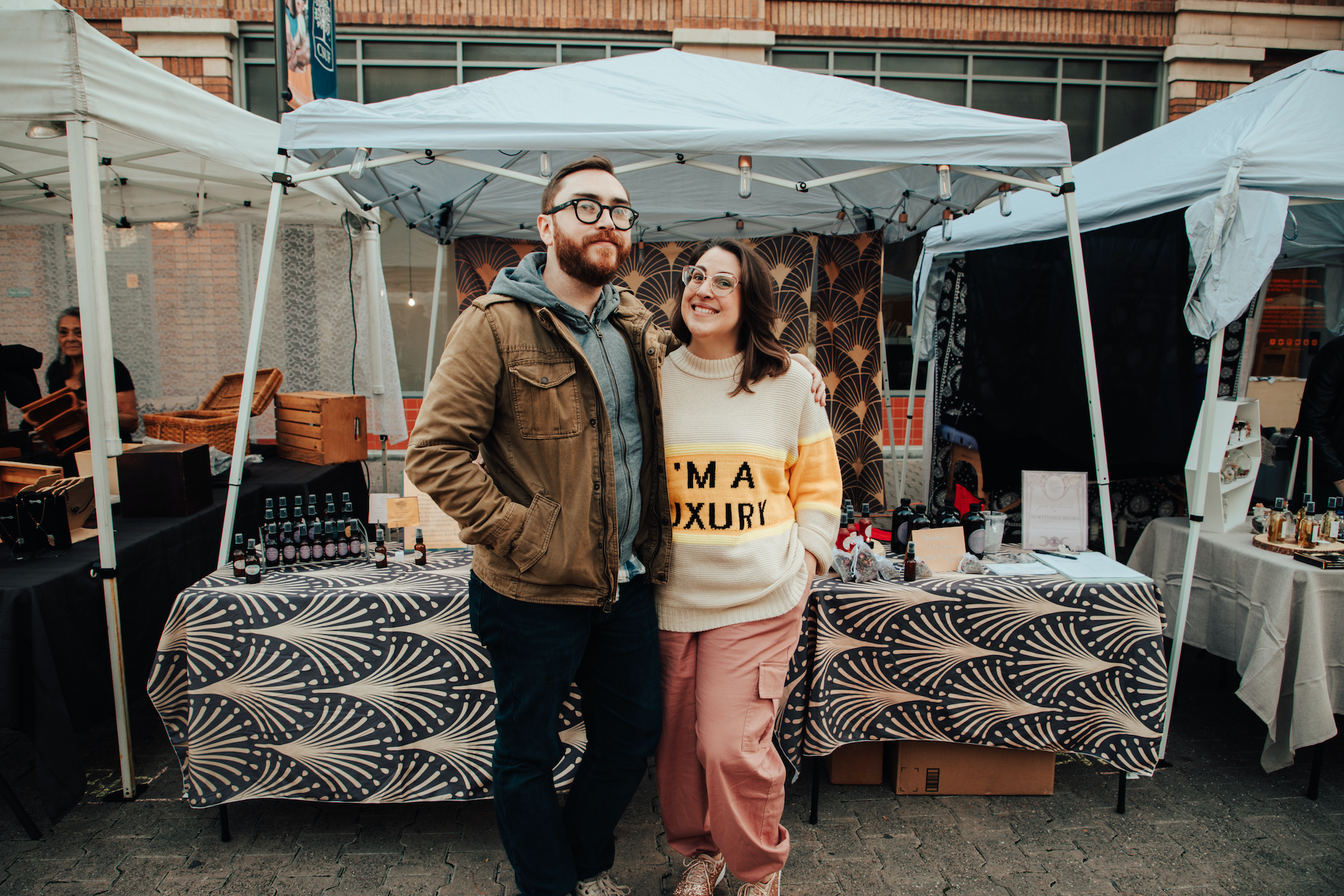 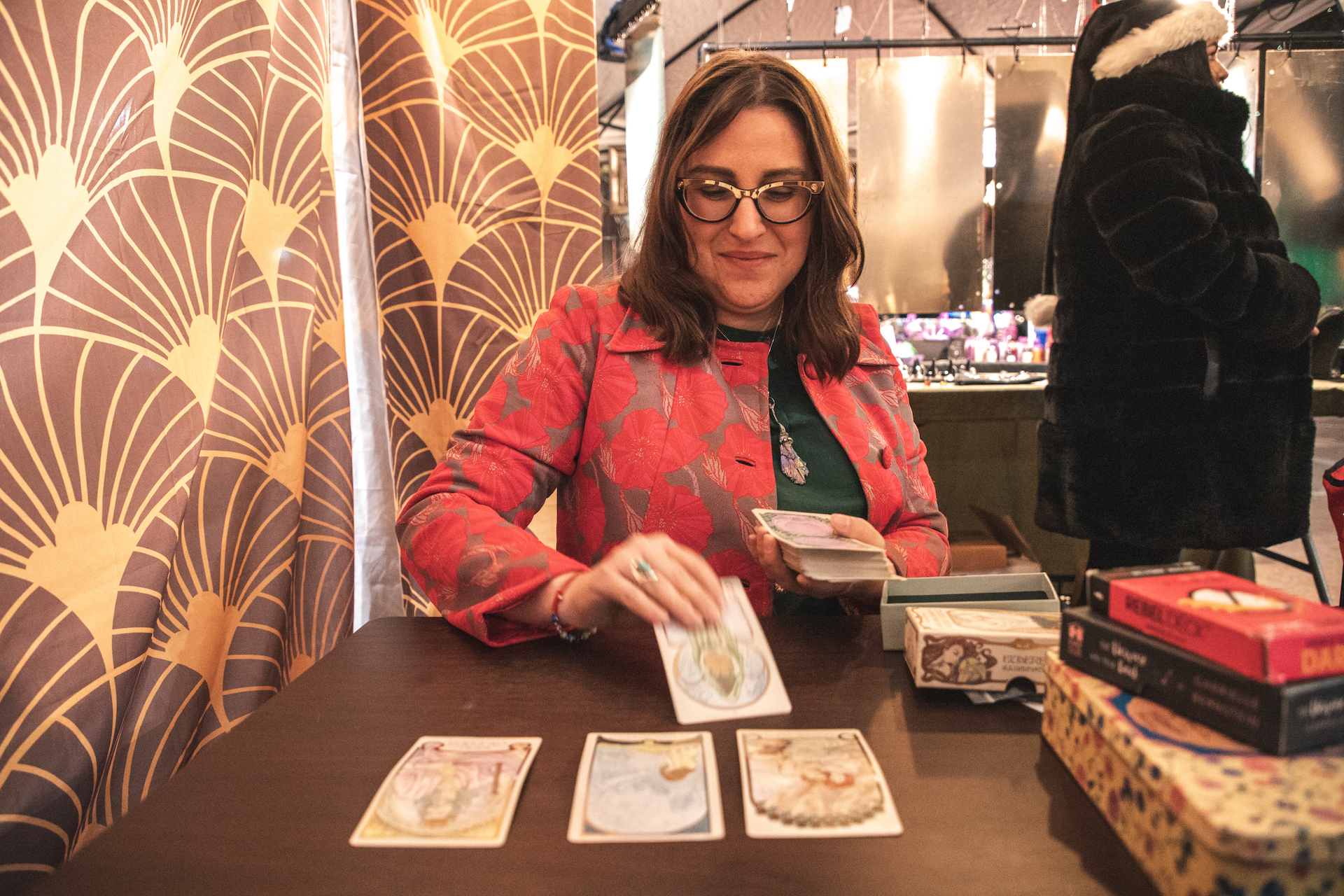