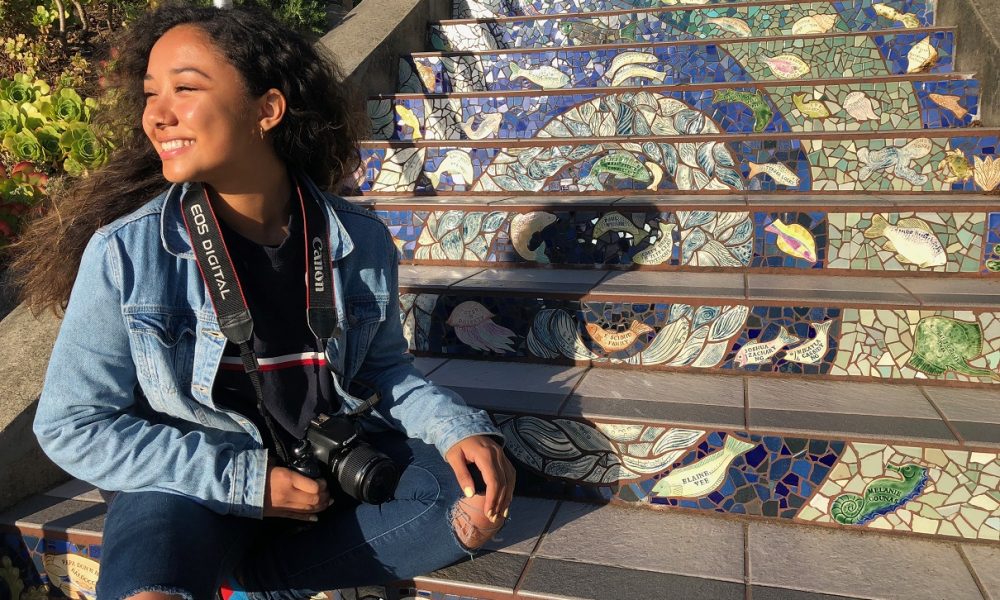 Today we’d like to introduce you to Jenell Louissaint.

Thanks for sharing your story with us Jenell. So, let’s start at the beginning and we can move on from there.
I grew up in a small desert community in LA county with my single Latina mother. I owe my love of film and television in large part to her. When I was a kid, I went through an entire period in which my mother and I would watch every single movie in theaters. When I became a teenager and figured out what content I liked, I was a huge fangirl. I spent most of my time obsessing over tv shows like Doctor Who and Supernatural. By the time I had to start looking at colleges, I knew I had always wanted to work in the film industry but was scared to admit it. I was going to be a first gen college student and felt as if going into the arts was a waste of college and my good grades. However, I knew it was the only career path I could see myself going down and I was passionate about changing the industry. I wanted to make content for people like my family and myself-narratives centered around BIPOC. When I got into USC, it was a huge deal for both my family and me. At USC, I’ve spent most of my time trying to get as much experience as I possibly can in film making. I’ve produced and developed several projects and shorts with my friends. On top of this, I’ve tried to expand my professional network so I can enter the industry after college in the best position possible.

Great, so let’s dig a little deeper into the story – has it been an easy path overall and if not, what were the challenges you’ve had to overcome?
Adjusting to college and entering the entertainment industry as a first gen student with no connections in the film and tv space has definitely been a struggle. Being successful in high school was very straightforward: get good grades, do some extracurriculars and get into a good college. When I came to USC, I didn’t even know that universities had clubs and sports for students to join. I was hit with a huge wave of imposter syndrome, and it took a very long time for me to figure out how to “do college right.” This also translated into the film world. I only knew to intern because my friends around me were doing it. I was so intimidated by the professional world that it was very hard for me to warm up after interning at various production companies. My only idea of how to be successful came from high school and that meant I would do my work and keep my head down. However, that was not how you stand out in internships nor the entertainment industry, and is actually one of the worst things you can do. I struggled for a long time to get used to this.

Furthermore, it has been difficult being a woman of color creator. We, as people of color, are constantly faced with the fact that our stories aren’t considered mainstream. More often than not any time a story about a person of color gets high critical acclaim its a story about our pain or its othered. Throughout my time in film, I have had to come to terms with how predominately white the industry still is, despite its claims otherwise. I have to fight hard to make people realize that my story and perspective is important but more than that, my story can be universal. I have tried to incorporate my desire to campaign other marginalized voices in everything I do, from my small tasks as an intern to the project I’ve produced.

We’d love to hear more about your work and what you are currently focused on. What else should we know?
My goal is to be an executive producer and showrunner for TV and to one day produce shows like Killing Eve, Big Little Lies and Insecure. I love the control and versatility in which being a producer allows me on projects. I try to be an incredibly hands-on producer in everything I do and collaborate closely with my writers, directors and editors. I hope that throughout my career, no matter the size of the project, I will be able to have an intimate hand in the creative process.

I think what sets me apart from others is my very unique perspective and upbringing. I am mixed race and have grown up around Mexican, Filipino and Haitian culture my entire life. Moreover, I have a special needs brother with cerebral palsy and have had to navigate the nuances that come with living and loving someone with a severe disability. I feel that this upbringing has made me an incredibly empathetic person. It’s so important to me that everyone has an opportunity to speak their truth and I think film is the perfect medium for that.

What moment in your career do you look back most fondly on?
In my sophomore year of college, my writing partner and I pitched a web series called WorkInProgress to a film organization and won a two thousand dollar grant to make it. The show centers around four women of color and their experiences in college. In the show we talk about issues most BIPOC women face when dating by focusing on how BIPOC women navigate fetishization, being a part of the LGBTQ community and eurocentric beauty standards. We explore all these issues under the lens of comedy and felt that it was very important to tell the story of our four women through humor. Comedy is the main way in which I’ve gotten through the hardest parts of my life, and I’m sure that many people can say the same thing. My writing partner and I felt that it was important that the issues BIPOC women we deal with on a daily basis didn’t define our characters. Women of color aren’t a monolith, we’re complicated and amazing and flawed and beautiful but at the end of the day, we’re still human.

Although my voice as a creator is much more mature now than when I made WorkInProgress it still is a testament to my desire to champion marginalized voices and I’m very proud of it. 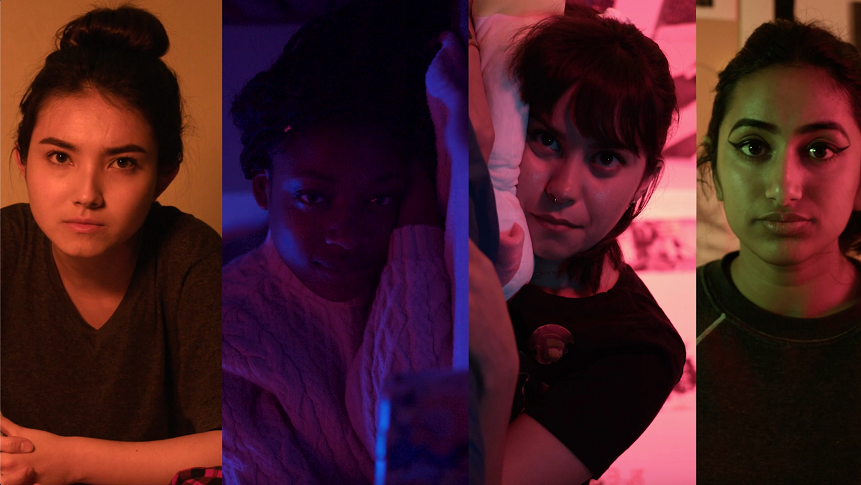 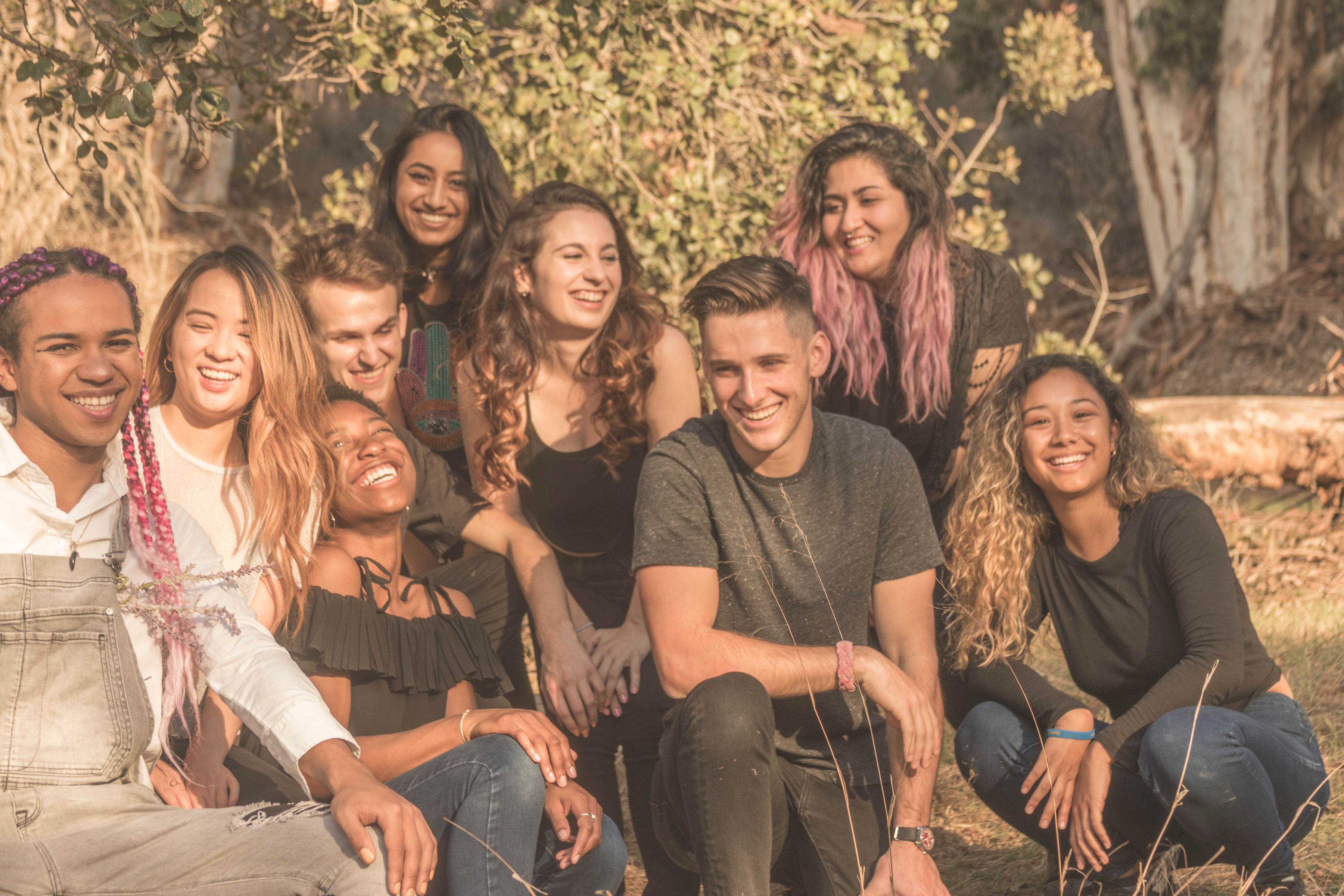 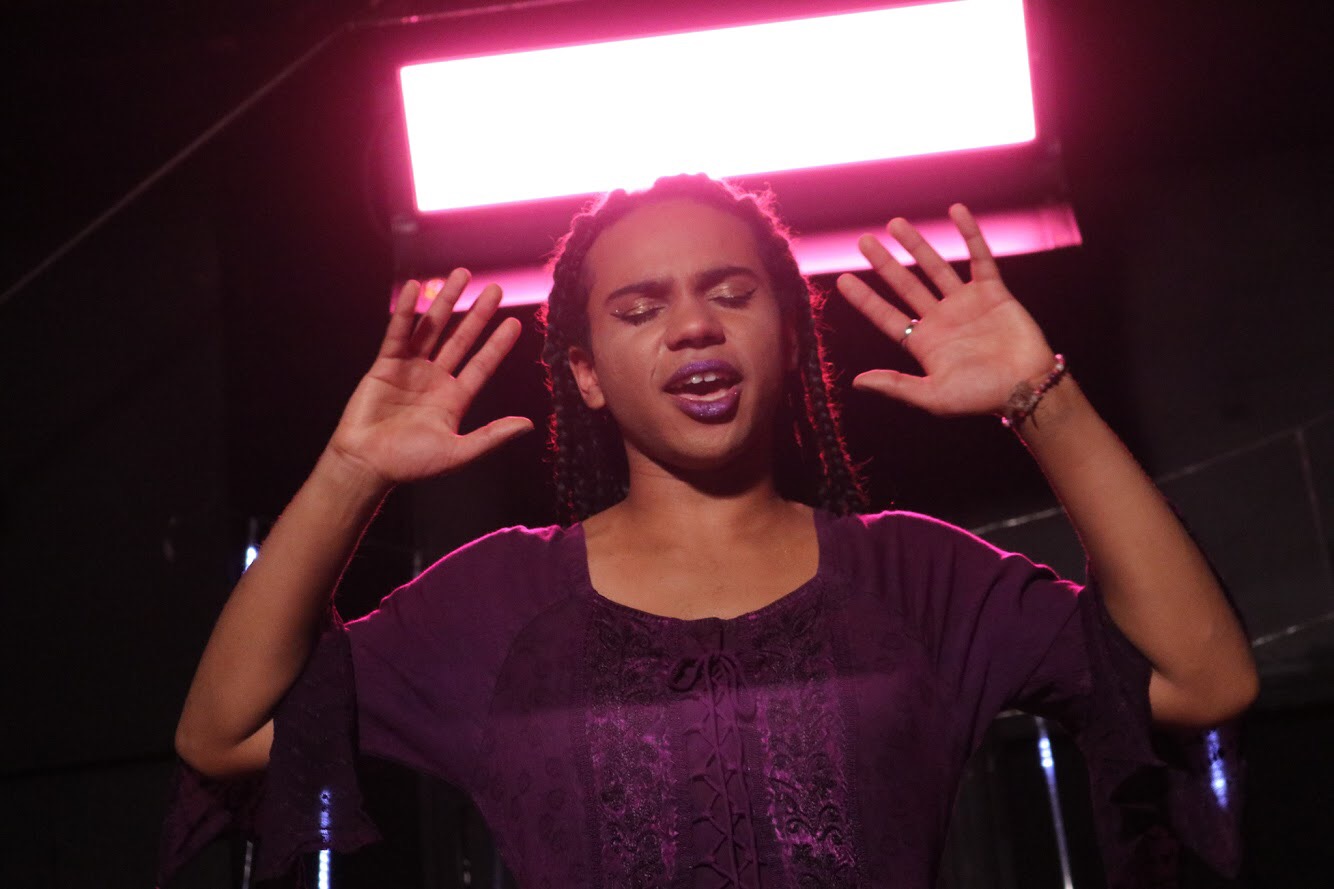 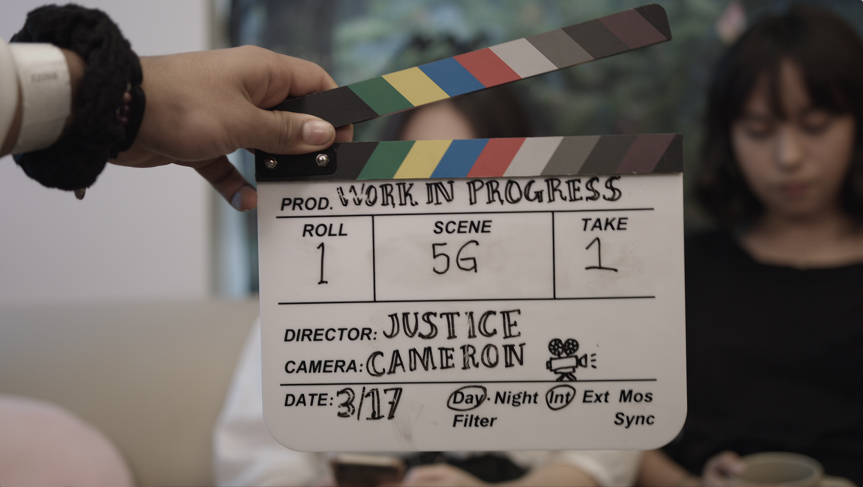 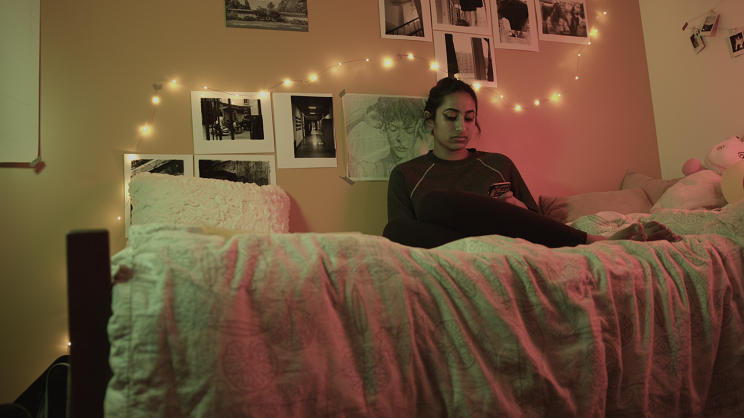 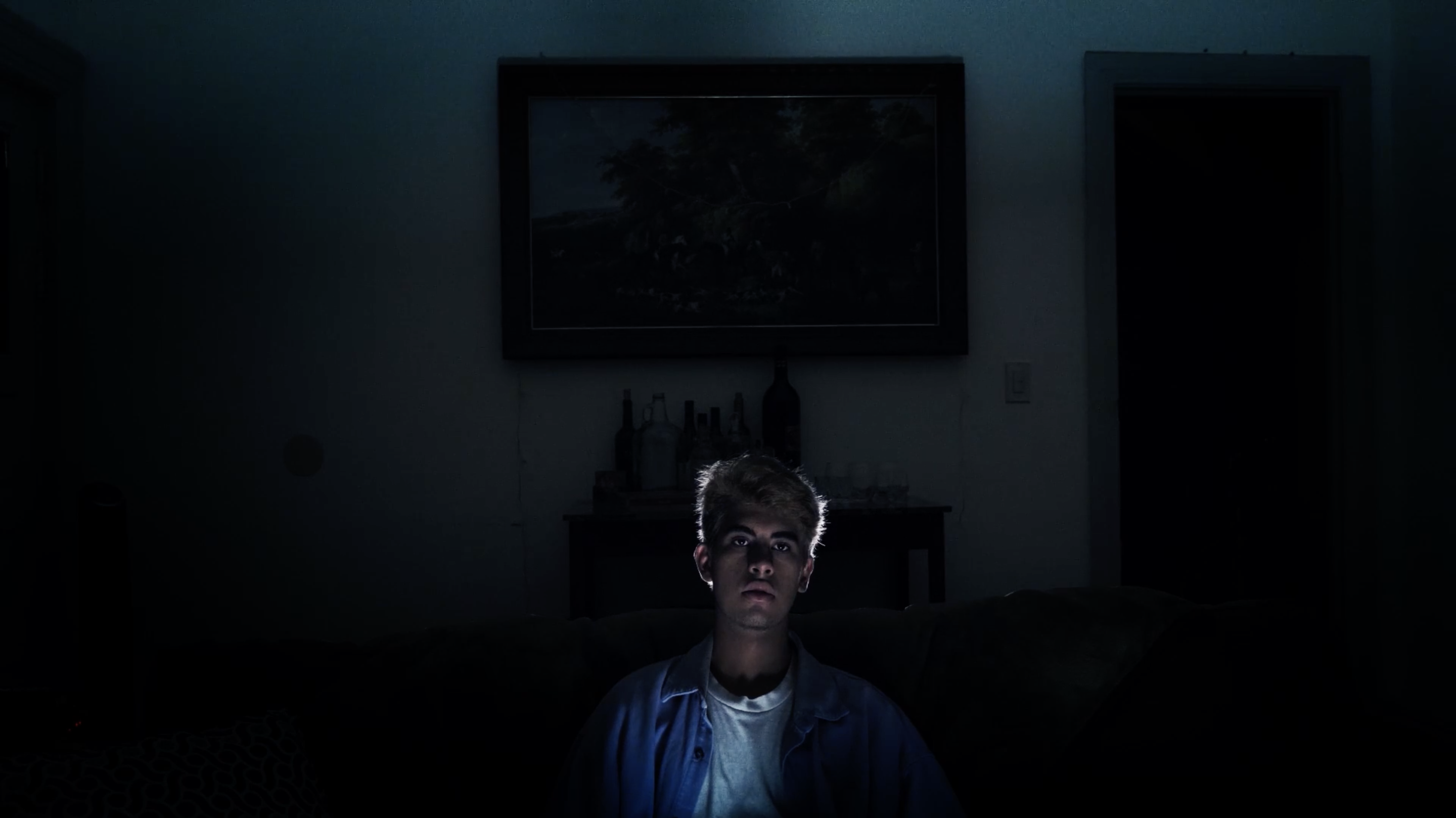 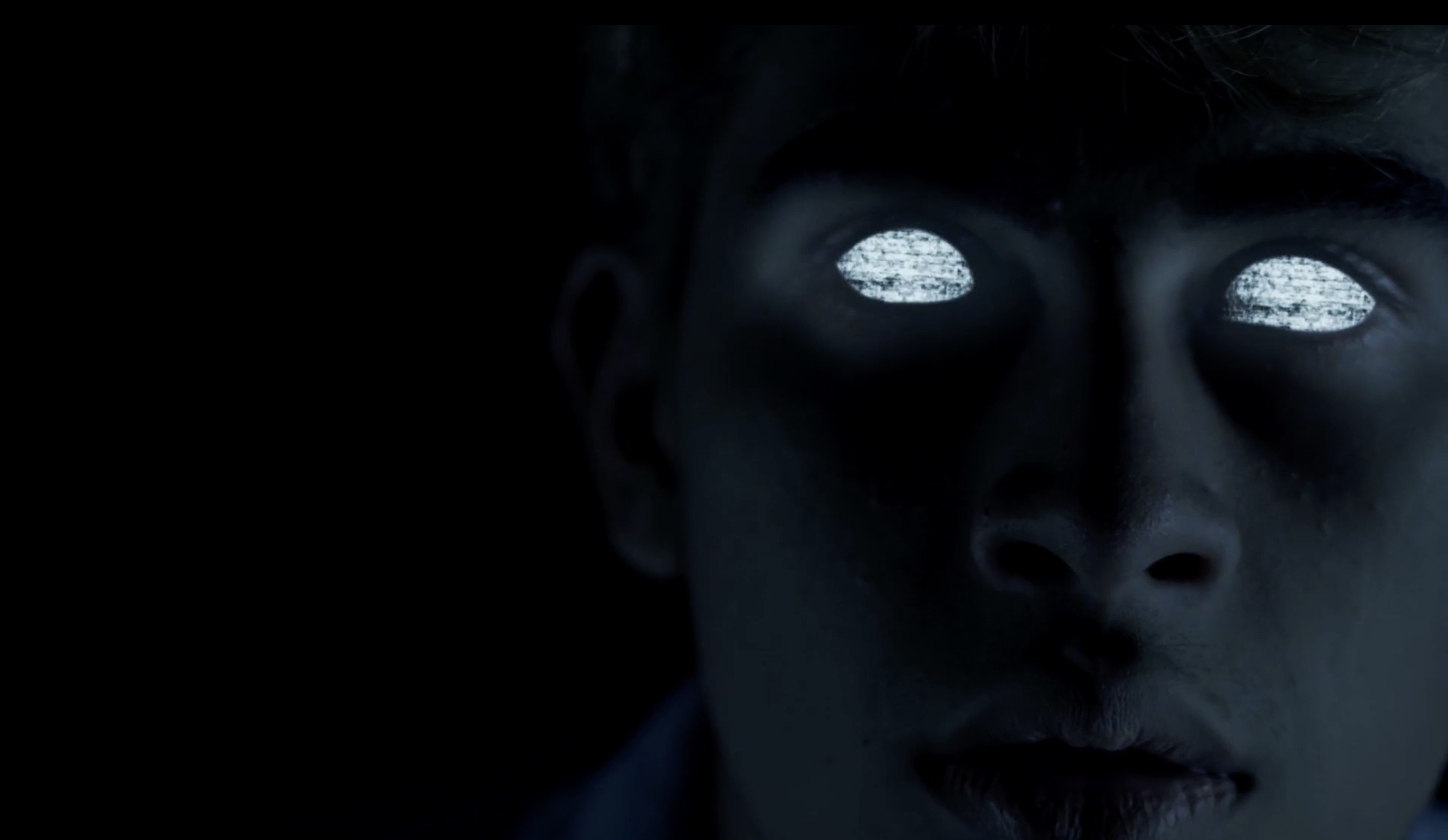