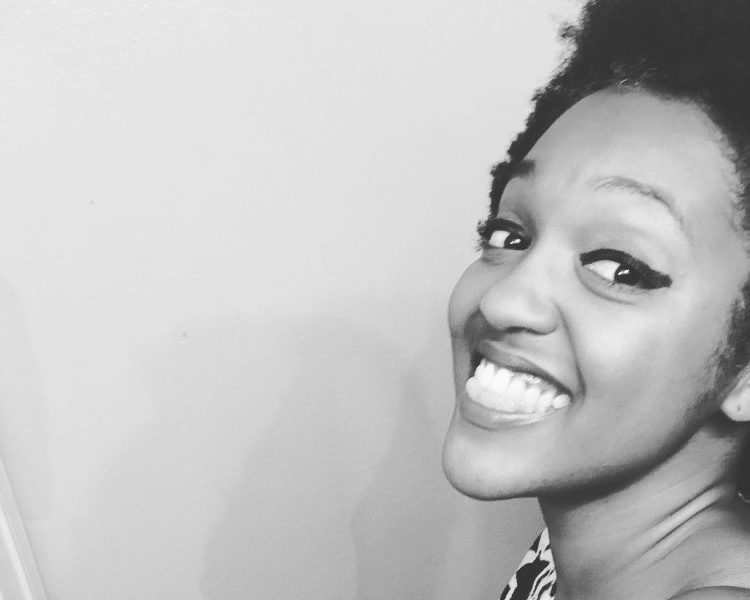 Today we’d like to introduce you to Jenae Thompson.

Thanks for sharing your story with us Jenae. So, let’s start at the beginning and we can move on from there.
I owe it all to Lin-Manuel Miranda, singer Brandy Norwood, icon John Waters,—and to Fear.

I was a bit of a late bloomer… I always loved theater, music and the abstract concept of performing. As a matter of fact, performing is in my blood, as it’s how my parents met! But between, I’d say, late elementary school and my early college years I lost my proverbial voice and was horrified at the very idea of getting up in front of people to perform; and on the rare occasion that I did, I was sure I was going to melt into the floor never to be seen or heard from again! I watched my closest friends in school plays and musicals and listened to my parents make music in complete awe. I would hang around the Drama Club and choir rehearsals (to this day people from my high school think I was involved with and in shows, etc… I was not. I was just a Radiohead-level CREEP).

For a family vacation in 2008, we went to New York City. We had tickets to see the newest Tony-award winning musical ‘In the Heights’ and got major V.I.P. treatment by an old friend (and now, a Broadway veteran). I got to watch her get fitted for her costumes in the underbelly of The Shubert, and stood onstage at The Richard Rogers on the original ‘In the Heights’ Broadway set…and I cried pretty much from the moment I stepped into the “bodega” until curtain of the final act of ‘Heights’ as an audience member later that evening. I was so moved and felt so divinely called, and I decided then and there that it was time to stop being afraid of my own voice. Thank you, Lin!

Fast forward a couple of years, and I booked my first professional theatrical contract: “Hairspray” as a ‘Dynamite’ at Sierra Repertory Theatre in Sonora, CA. A few more years and I’d performed in several shows locally and regionally (including ‘Hairspray’ five more times—thank you John Waters!)—and had the extreme privilege of touring with former children’s’ theatre company The American Family Theatre for Youth as the titular role of ‘Cinderella’. (Thank you, Brandy! Let’s continue to normalize Princes and Princesses of color!!)

When tour ended and the pressures of “the real world” started sinking in, I got a job that I loathed working in an office and convinced myself I needed it in order to pay my bills. I was beyond miserable and began to notice I spent more time writing stories and studying scripts and scores at my desk than actually working. I pictured myself directing, producing, and creating; and when I left that job almost two years later, I decided I would never again work in a field I didn’t love. And I haven’t.

I’ve nannied, another complete and total joy of my life, been a Party Princess (still am!), started my own mini-virtual business on the side to help provide fun, educational and magical entertainment for children while quarantined; and have been commissioned as a writer for blogs, entertainment companies and academies across state lines. The musical ‘I See Stars’ that I wrote for World Compass Academy in Colorado just had its’ virtual debut, and I couldn’t be more proud of those kids!

In 2018, I was cast as “The Lady in Purple” in a production of famed play and choreo-poem ‘For Colored Girls Who Have Considered Suicide When the Rainbow is Enuf..’, and that fortuitous casting led me to my partnership with Executive Producer Zakiyah Bradford. I now work alongside Zakiyah and my other sister-friend/‘For Colored Girls..’ alumni Kimberly Roberson (Film and Television Department); as the Associate Producer (Theatrical Department ) and Social Media Manager of Los Angeles-based production company ChoZen Productions, and am credited for co-writing and co-producing our first original production entitled: ‘Choosing Christmas’; which debuted in L.A. in December of 2019. Our mission at ChoZen is the promotion of Faith, Culture and Excellence in film, television and theatre. I am extremely proud of the work we have done and are doing, and to be on a team of strong, brilliant and black women!

I am currently seeking literary representation for my writing; and am beyond proud to be the Owner and Founder of SayQuoi Entertainment; a vehicle for my literary work, for producing, and for my various entertainment aspirations and accomplishments! Be sure to visit me online at www.sayquoientertainment.com!”

Long story longer, Fear told me enough lies over the years and showed me exactly what I don’t want for myself. In a weird way, I have Fear to thank for my journey. Fear, John Waters, Brandy, and Lin-Manuel Miranda.

Great, so let’s dig a little deeper into the story – has it been an easy path overall and if not, what were the challenges you’ve had to overcome?
Can I be honest?? — We’re besties now, basically, right? Ya, so I’m going to be honest…

My biggest obstacle is ME. I have to find new ways of getting over myself and just going for it, whatever “it” is; almost daily.

At a certain point, I had to stop asking myself if I could afford to invest in myself and in my passions and interests; and start asking if (for the sake of my life’s mission and my sanity) I could afford *not* to.

SayQuoi Entertainment/ChoZen Productions – what should we know? What do you do best? What sets you apart from the competition?
As the Owner and Founder of SayQuoi Productions, I am a writer of short stories, novels, screenplays and of stage plays to be commissioned and sold. I also offer creative, theatrical and collaborative producing and consultations for film, theatre and television projects, social media management and consulting, and virtual party hosting (mainly for children, but I have clients of all ages!). Under SayQuoi, I am most recently known for writing the musical ‘I See Stars’, for World Compass Academy in Colorado. As a production company, ChoZen is a faith-based, community-forward, all black and all-female identifying led production company committed to uplifting and elevating our community with the work that we produce. I believe what makes us stand out (myself as an individual, as founder of SayQuoi, and ChoZen as a company), is experience and heart. I’ve tried my hand in many different professions, traveled, and applied life learned lessons and compassion for people to the work. I create and help create, so that you see yourselves in the work. I want you to feel seen, heard, and LOVED. I create to see you SHINE!

What moment in your career do you look back most fondly on?
Aside from launching my own company and services; the most surreal moment for me was my first rehearsal with the actors we’d cast to play my leading ladies in the Act of ‘Choosing Christmas’ that I wrote. We all just clicked and understood the work and the message, and the vibe between us was unreal! Being able to direct them and bring characters that had lived in my head and in my heart for so long to life with the help of their extraordinary talents just…I don’t know how to describe it. It was magical. I still can’t believe that happened! 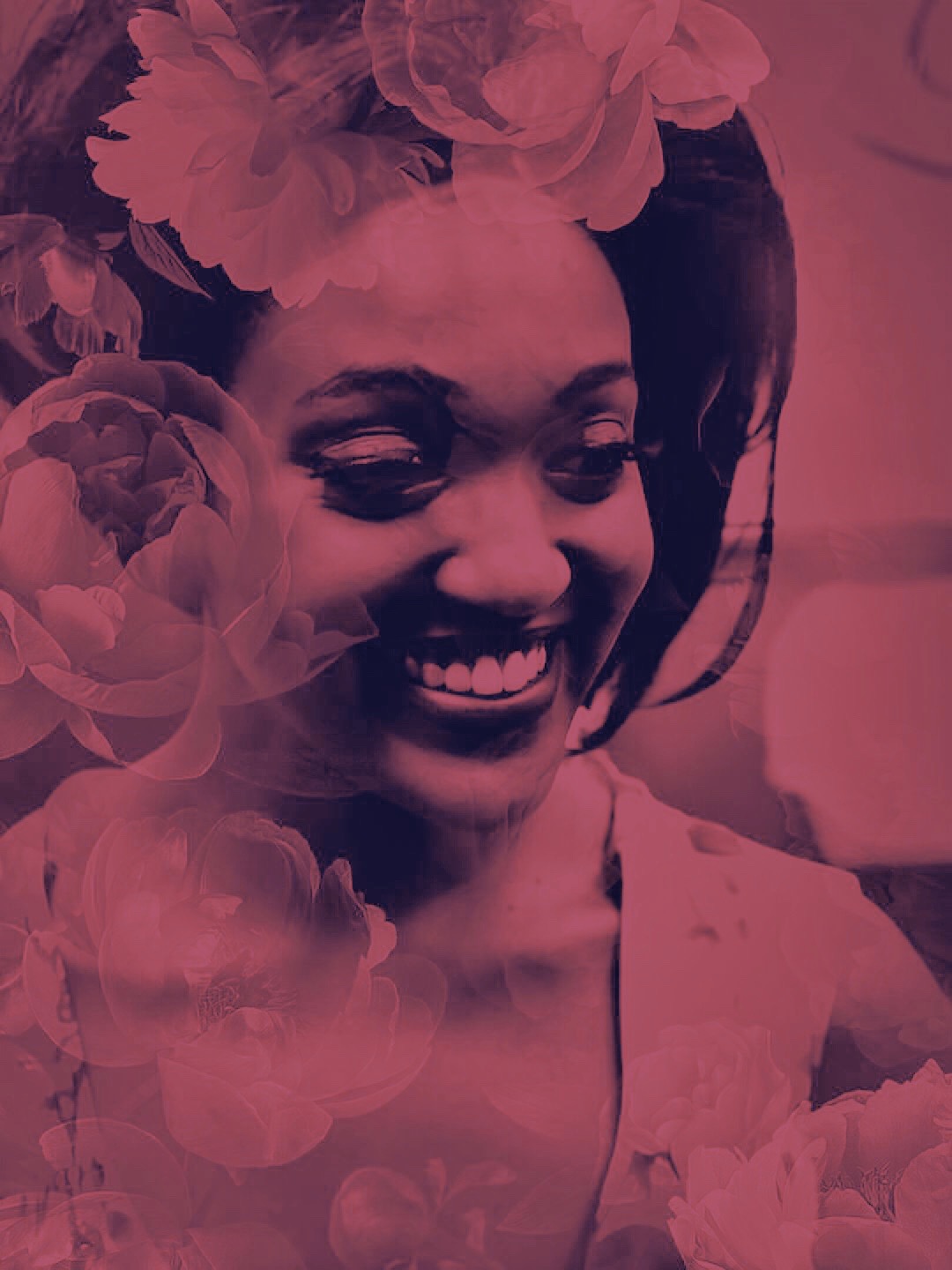 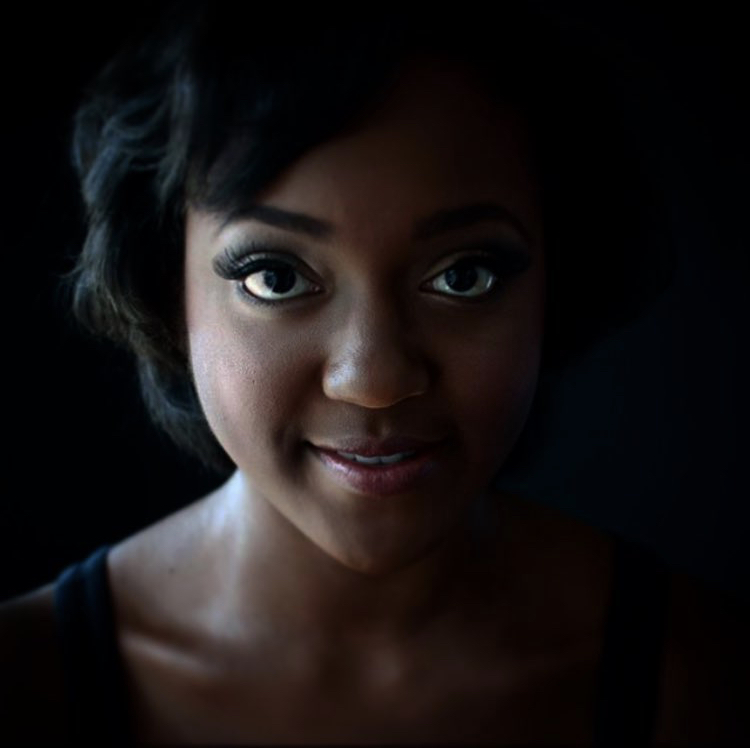 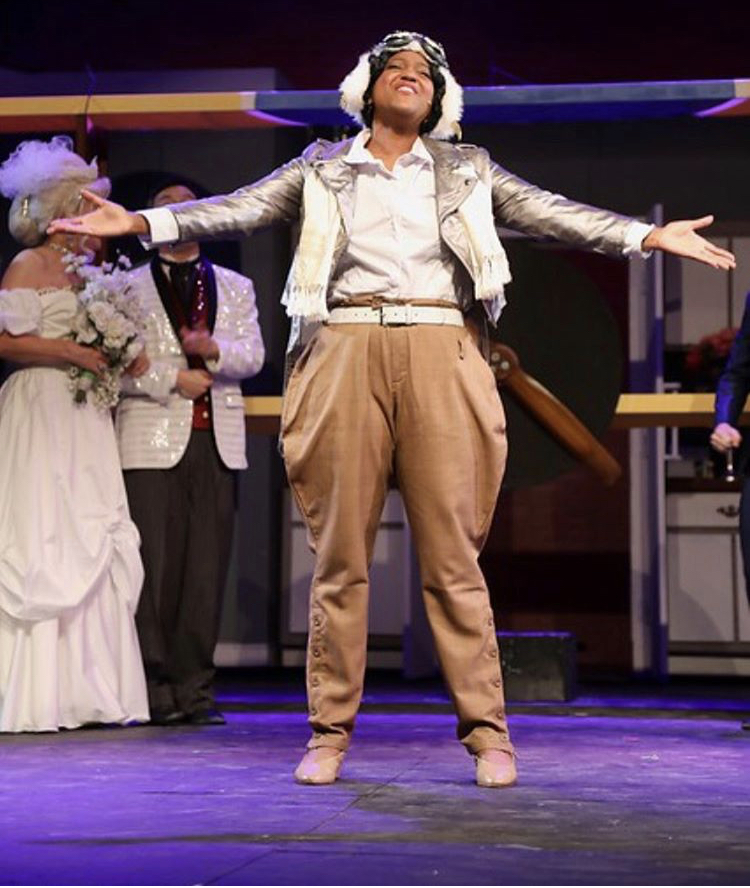 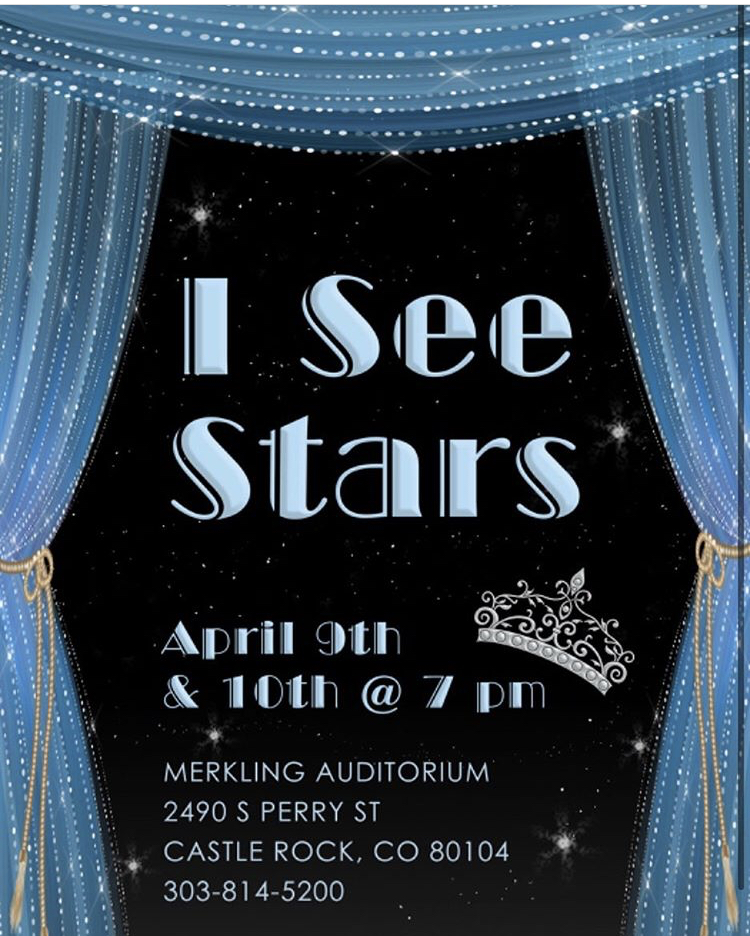 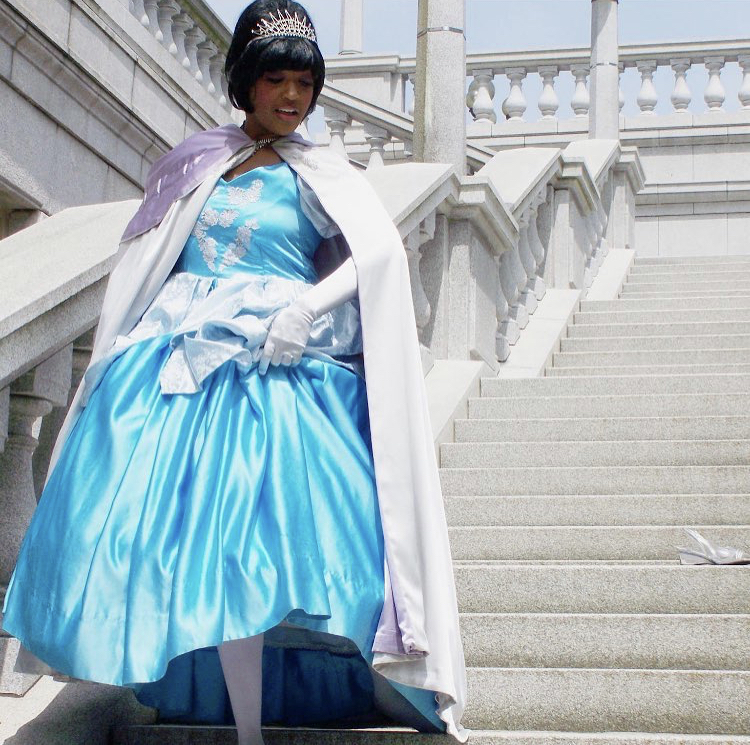 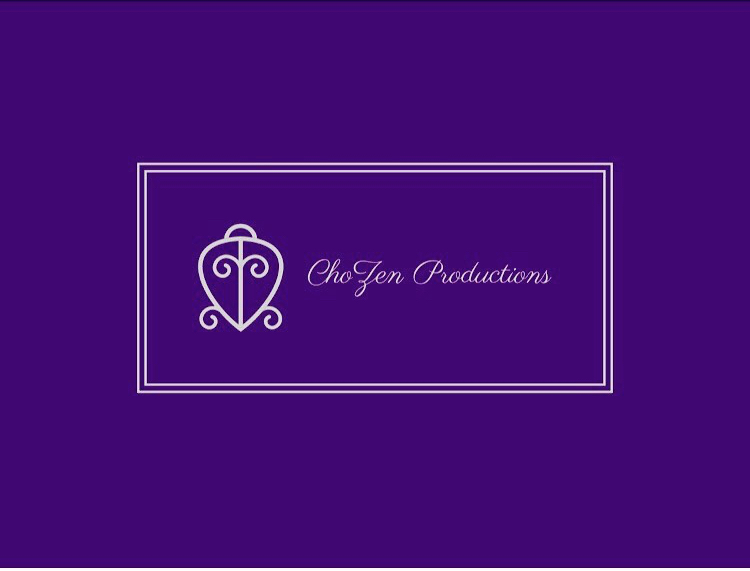 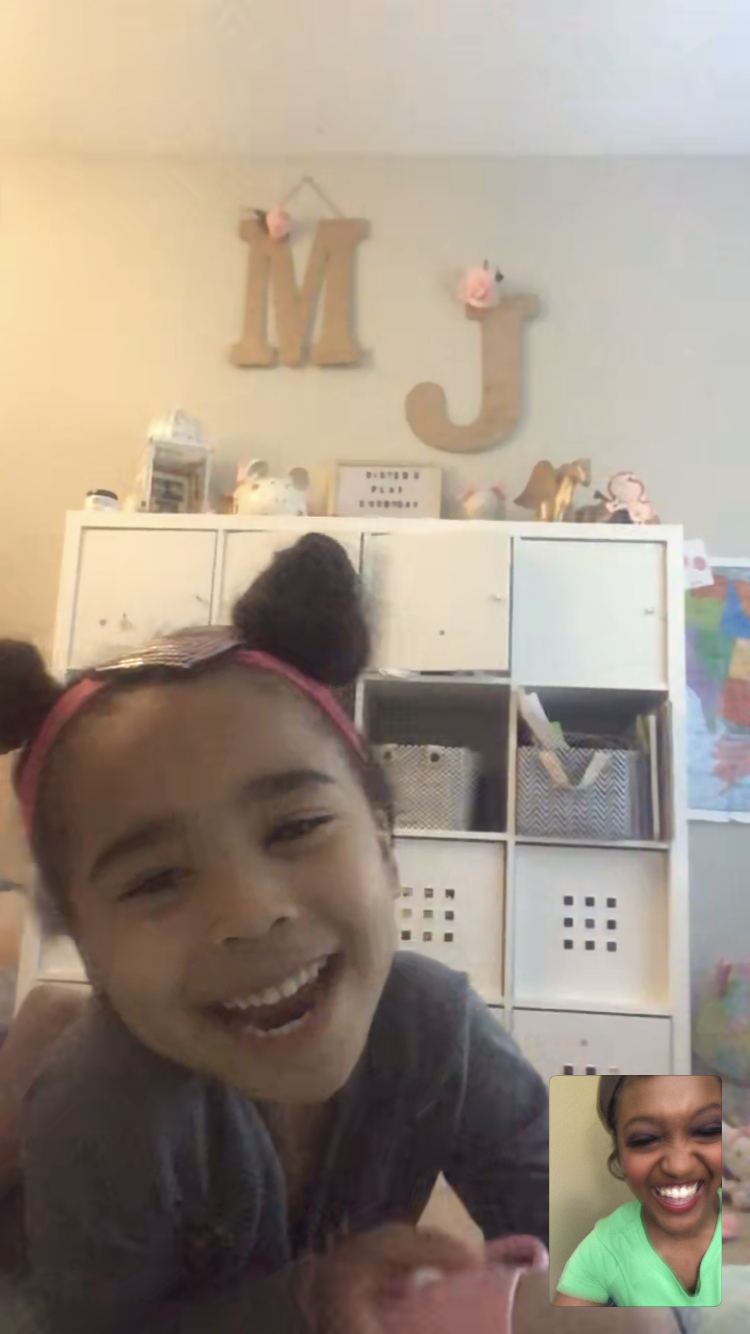 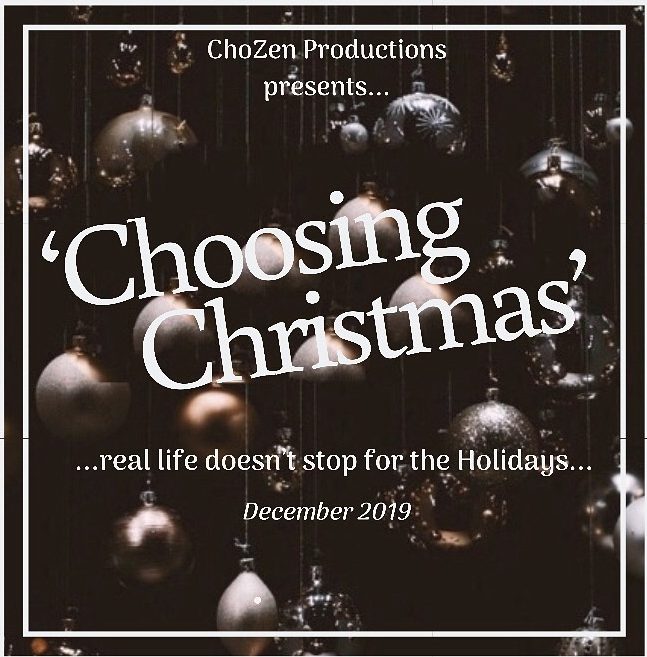 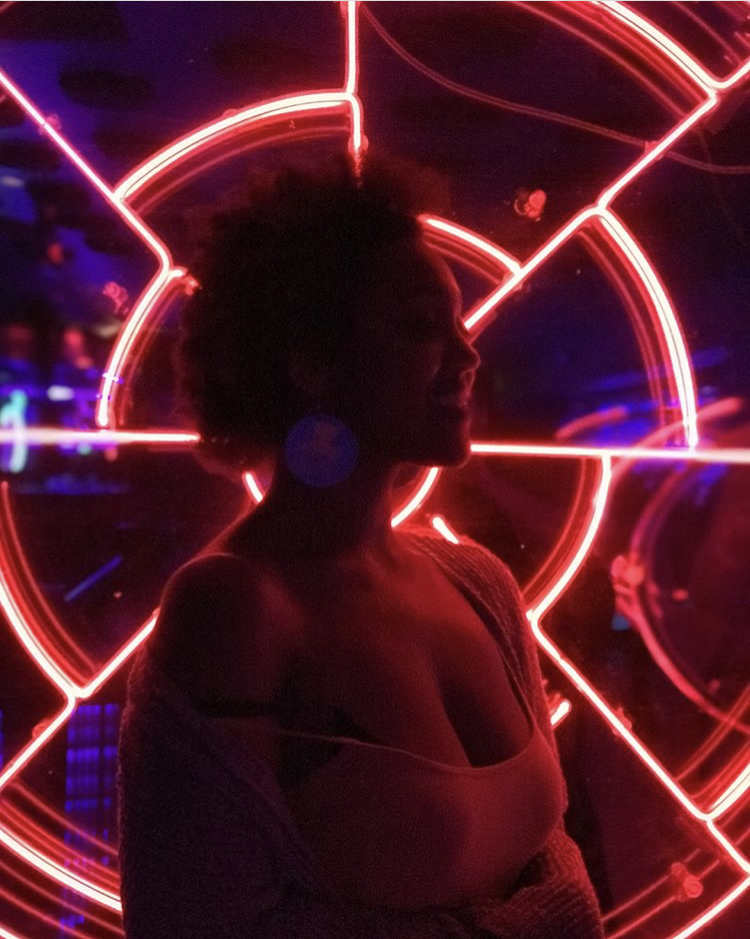 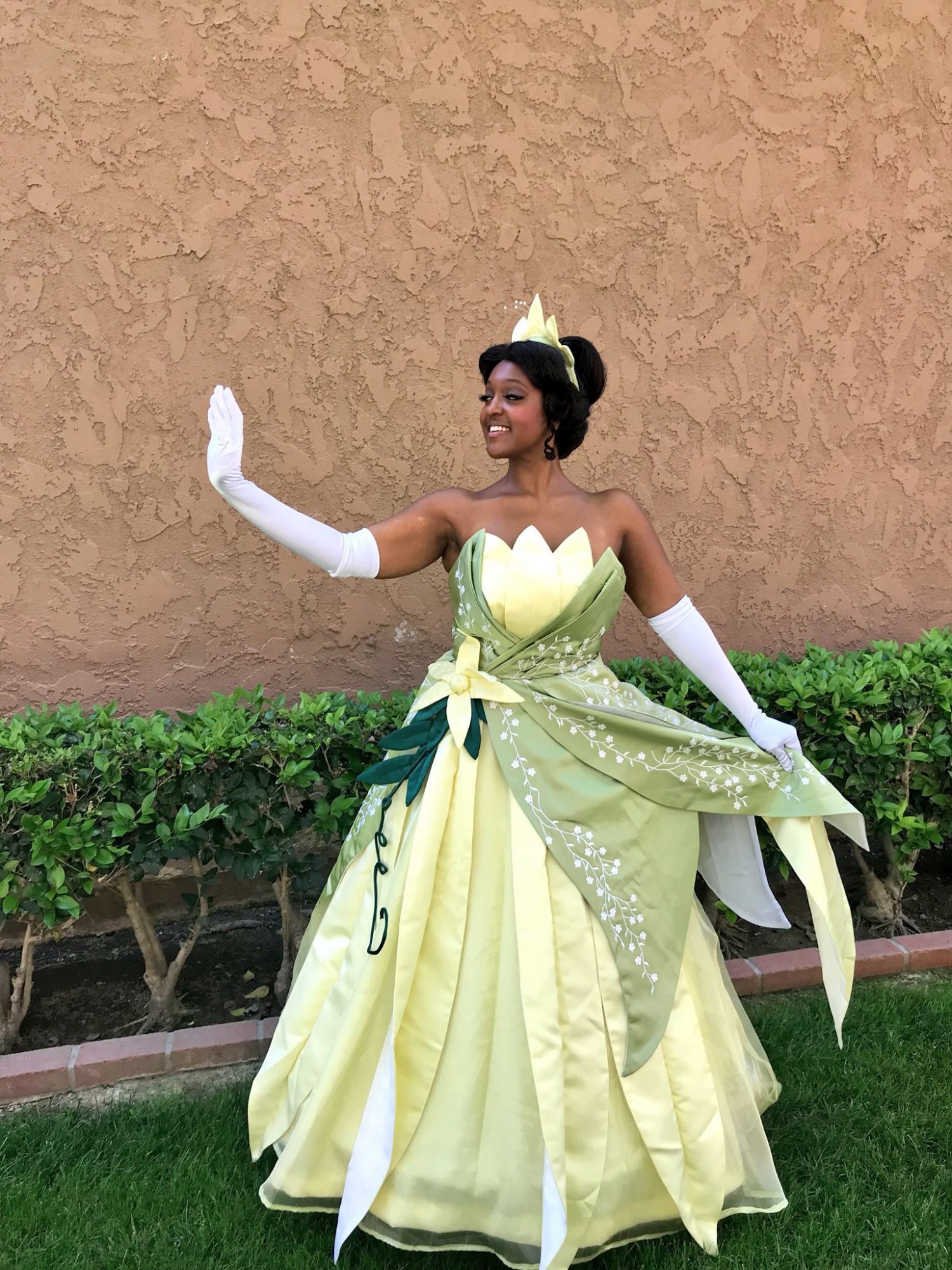 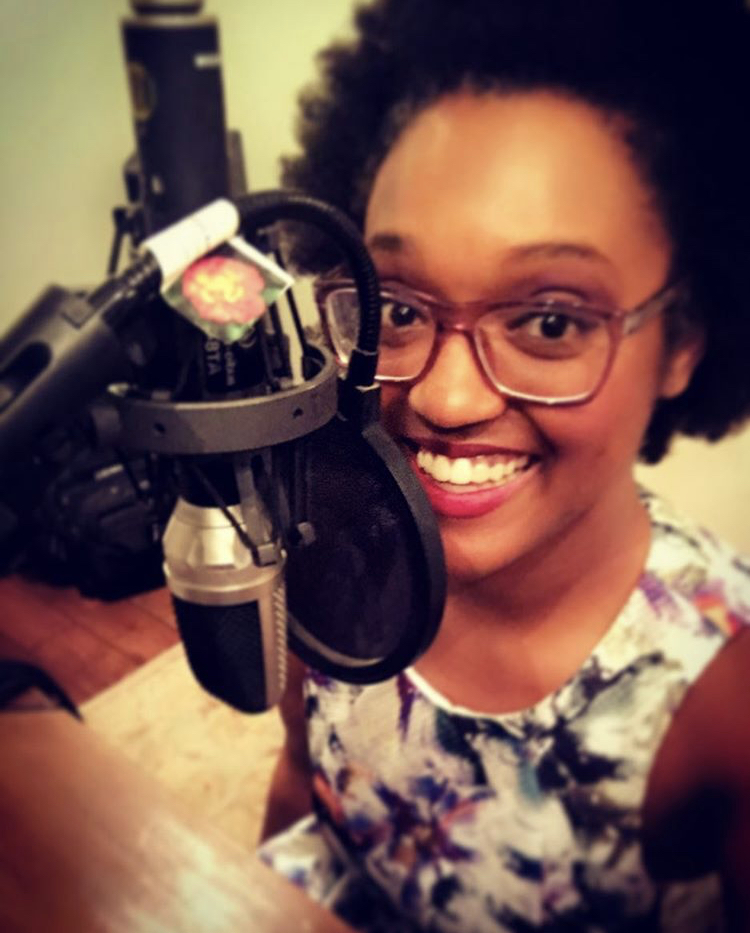 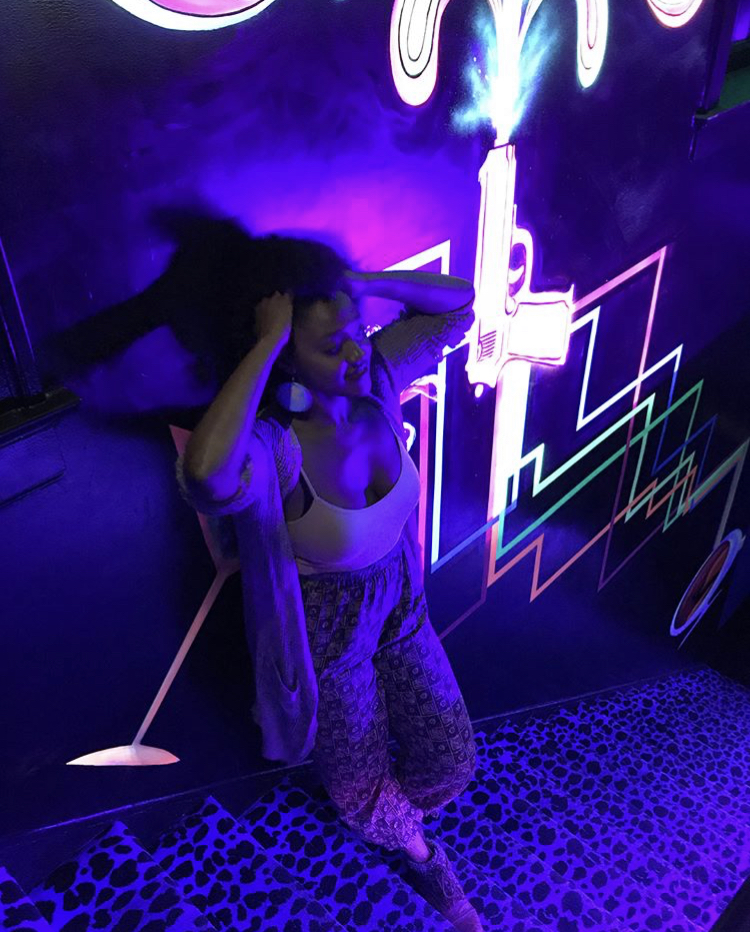 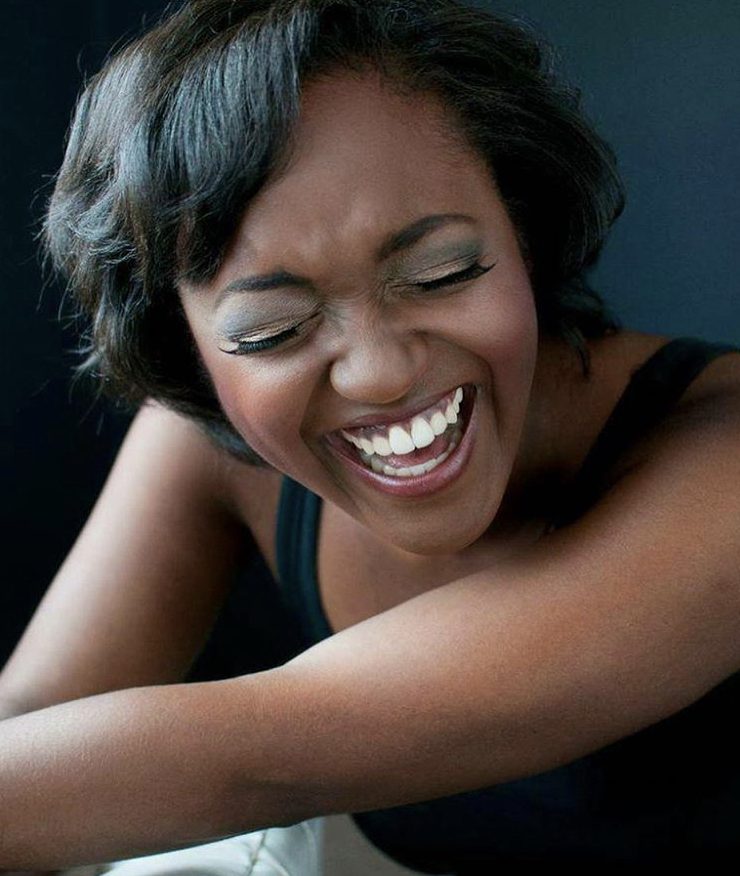 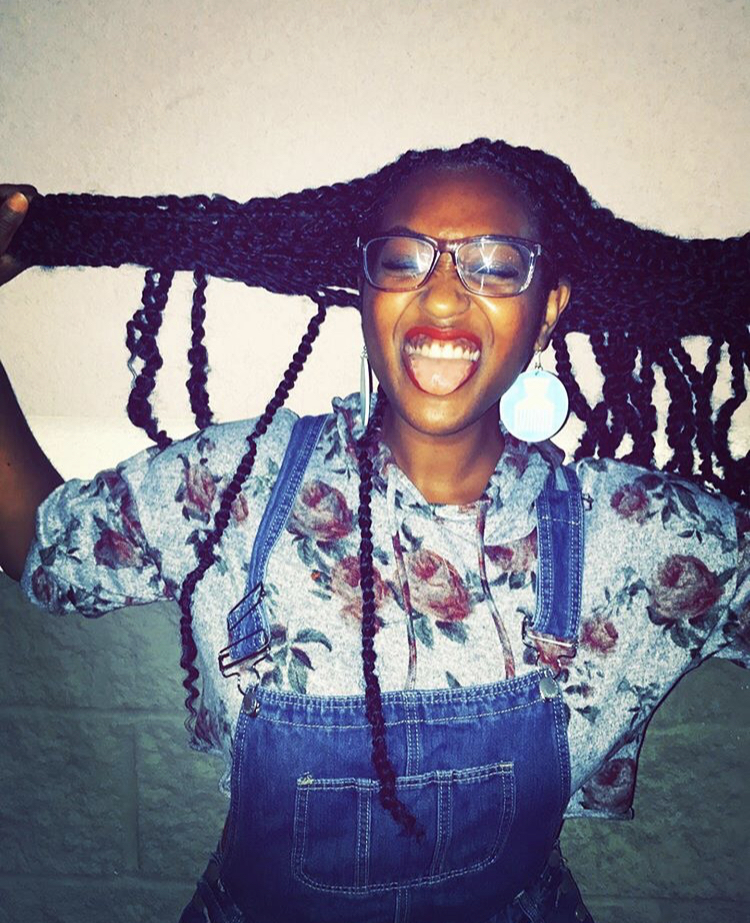 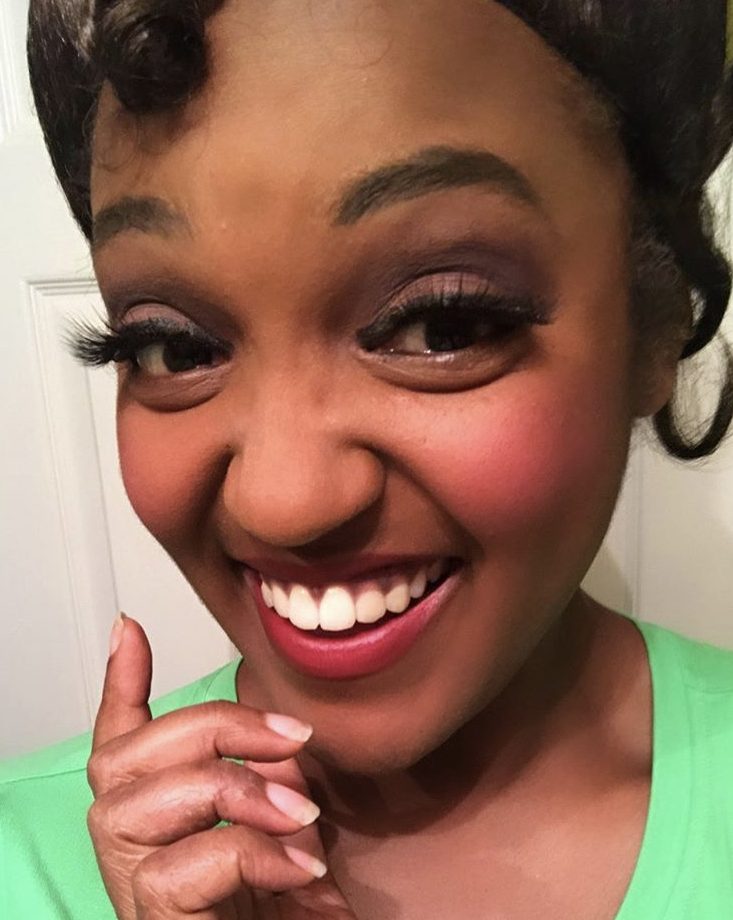 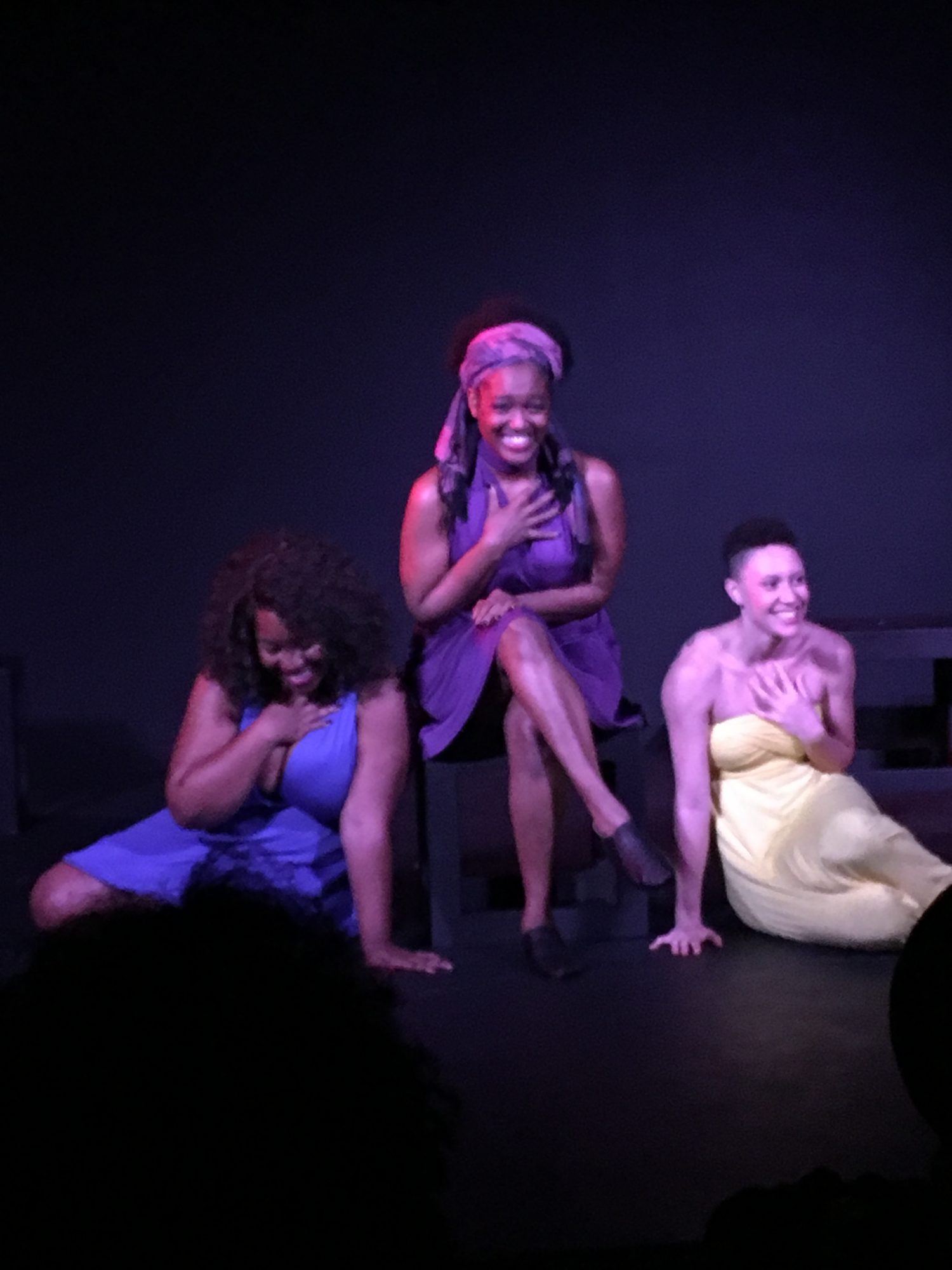 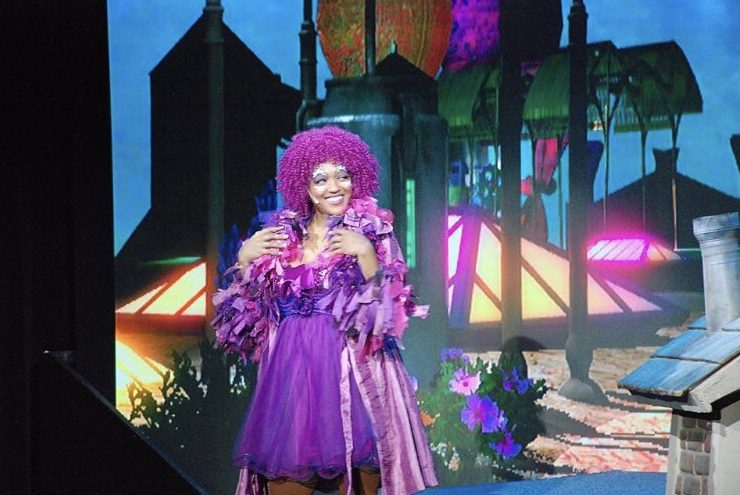