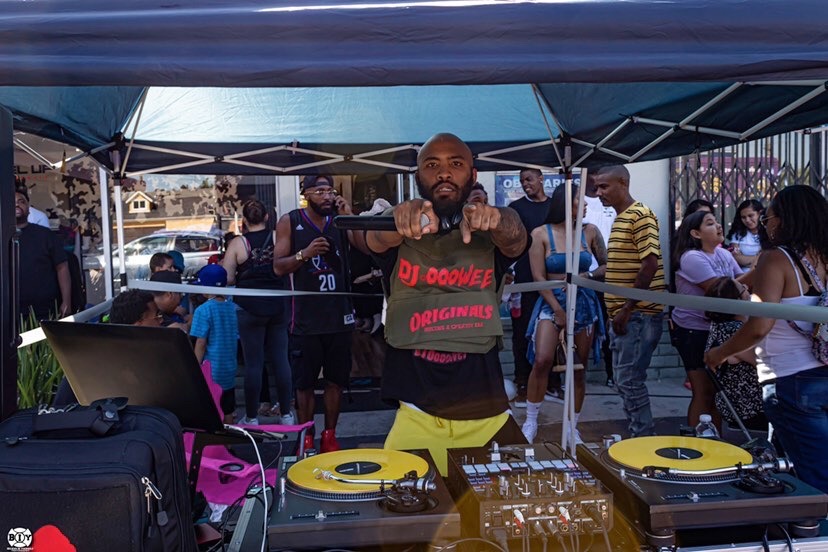 Today we’d like to introduce you to Jeffery Jones Jr.

Thanks for sharing your story with us Jeffery. So, let’s start at the beginning and we can move on from there.
Growing up without a mother due to the fact of her passing away at the age of two years old and father leaving me at the age of 11, life started off on a rough mission for me. Growing up for a some time in Inglewood Ca with my father, he showed me musical influences from major big DJ’s like Jam Master J, DJ Kid Capri, DJ Clark Kent, and many other legendary DJ’s. Learning to love music from their Points of view was really Dope to me. After my father got locked up I had to move with my Grandmother in which at first I didn’t like Because my grandmother was strict and my father let me for the most part be free and do what I wanted to do, but if it wasn’t for my grandmother staying on me I wouldn’t have become the great man I am today. When I got to the 9th grade I decided I wanted to become a club promoter because in my mind at that time I knew that it was the easiest way to get into the hottest teen clubs for free lol, but my main goal was to get in and go straight to the DJ booth to study the guys that were spinning the records.

Back then in the early 2000’s we had clubs like CLUB KISS and THE CASTLE. I would go sometimes alone or with homies just to see the DJ’s spin like DJ MUSTARD, DJ GOOFY 500, DJ WIZZ KIDD, DJ VIZION, AND DJ LOONEY who are all my favorite DJ’S today and now big famous DJ’s around the world. I studied them for years up until the middle/end of 12th grade 2008. While sitting at my graduation ceremony I wrote in my sidekick LX this note… “It’s time for me to stop being apart of the parties and start being the party”. In short terms that meant it was time for me to stop promoting the events and start running the events from the DJ booth. I decided I wanted to attend an HBCU and the school of choice was in Florida, Bethune Cookman University. The excitement being away from LA was at an all time high, I remember the first day of check-in walking up to the “WELCOME STUDENTS” table I met a great guy by the name of MARC DIXION which at the time didn’t know who he was all I knew was he yelled out “OH YOU FROM LA, THE WEST COAST’ lol.

As I checked in my room, I heard loud music coming from a room two doors down from mines, so I went down the hall and it was Marc’s room where he had two turntables, a mixer, and two speakers sitting on top of crates with records in them. I asked him if he was a DJ and his answer was yea the best on campus and introduced himself as DJ NAILZ. At the time and still till this day he has connections to DJ KHALED, DJ Nasty who is now DJ Khalad’s official DJ and many more DJ’s. He gave me a little lessons and I tagged along with him to the biggest Florida Clubs at that time. My major in college was Mass Communications because I wanted to involve myself into radio to get the feel of being on air and in hopes of DJ’ing on air, but that didn’t happen for the DJ side what did happen is that I cut one of my classes and got the chance to be on air during the lunch period.

Fast forward two years later, I came back to LA with a mission to become a DJ. I was a really fat baby so my auntie used to see me and say oooooweeeee boi you so fat, so I thought to myself what do people say when something spectacular or amazing happens? In my mind they say ooooweeee. Right then, I created my name DJ OoooWeE (I won’t mention the 2nd reason on how I created my name it’s a little too explicit lmao). I then met a great intelligent loving woman who invested in me and helped me find plus purchase turntables off criagslist from a guy in east LA. We went to his house and bought the turntables. At that time, I didn’t have a mixer, so for about three months, I would watch YouTube videos on how to DJ and thought I have to get hands-on lessons again to really get it down packed. So I went back on craigslist and typed in DJ lessons and a clever, great wording, and fun post to learning how to DJ came across my eyes. It was a website link, it took me to a website by the name of FURIOUSSTYLEZ.COM and it said if you want to learn how to DJ from the best hands down leave a note in the box, so I did. The very same day I got a call from a number in which at first I didn’t answer. The caller left me a very energetic voice message, ‘YO THIS YA MANS DJ FURIOUS STYLEZ IF YOU WANT TO KNOW HOW TO DJ AND CHANGE YOUR LIFE HIT ME UP I CAN DO THAT”.

At first, I was like hell naw lmao! I actually ended up calling him and setting up an appointment to meet with him. Went over to his home studio in Beverly Hills and I told him I was going to go to the scratch academy. He asked how much were they charging I told him $2550 for classes he said “man thats wack I’ll only charge you $950 and you’ll learn how to DJ in a month or less”. Took him up on that offer, paid the money and ended up failing the class miserably because I didn’t have a mixer. He ended up letting me borrow an old but fairly new little pioneer mixer. I failed the class on a Friday and went home a stayed up for two days practicing with my determination and deep passion to pass, then came back on Sunday and Passed the course with flying colors. I Have to thank him in a major way for apart of my career right now because he is one of the guys that taught me hands on and didn’t cut me any slack because he truly believed in me and still does. Now here I am today growing in an industry I fell in love with growing up.

Overall, has it been relatively smooth? If not, what were some of the struggles along the way?
I don’t think, better yet I know nothing in life that you are truly passionate about is or ever can be a smooth road. Like I said when I first paid for the class I failed the test and felt down about it but knowing myself I didn’t let the fail determine my passing of the class. Getting gigs at first was also a challenge being that I was a new DJ on the scene that didn’t have a logo, any type of business cards, or a website. So my first gig I got shorted money because i didn’t know the business side of the DJ industry. I struggled with the thought of not getting paid the correct amount, but being the person I am, I knew I didn’t become a DJ for money because I knew with my growing talent, dedication, and passion the money would come by the loads. I never let my struggles destroy my mind and soul because I knew my heart would allow me to grow and overcome the struggles. Even after having a beautiful son it wasn’t a smooth road but I didn’t allow that to be a struggle. I went harder in my career because having him gave me more reason to want to be successful on this journey.

Please tell us about Make Em Say OoooWeE.
The first year of becoming a DJ I created a company called ‘Make Em Say OoooWeE”. The company is based on changing peoples lives and moods through music, and giving back to the homeless communities around La. I’m known for having a motivational spirit and big heart for the less fortunate because I been there once before in my life and I never want to go back to that level of life. What I am most Proud of my company is to see the growth it has grown to over the years, from creating my own podcast show and landing it on a radio platform to creating and doing a homeless food and clothes drive every year to give back to those who are homeless around skid row, Venice beach, and other areas with people affected by the hardships of life. What sets me apart from others in this game is that I am an entertainer, I don’t just sit behind the DJ booth and spin the hottest records from any genre I actually interact with the crowd like dancing and being silly with them. When you book me, I provide an experience rather than just a service I feel at heart it’s way better and the clients get more than what they paid for.

If you had to go back in time and start over, would you have done anything differently?
If I had to start over, I wouldn’t do anything differently. The mistakes and Fails I’ve made in my career I never looked at them as Loses I’ve always looked at them as great Lessons. I wouldn’t change the lessons neither because they taught me how to not only grow but to respect my craft more and more. 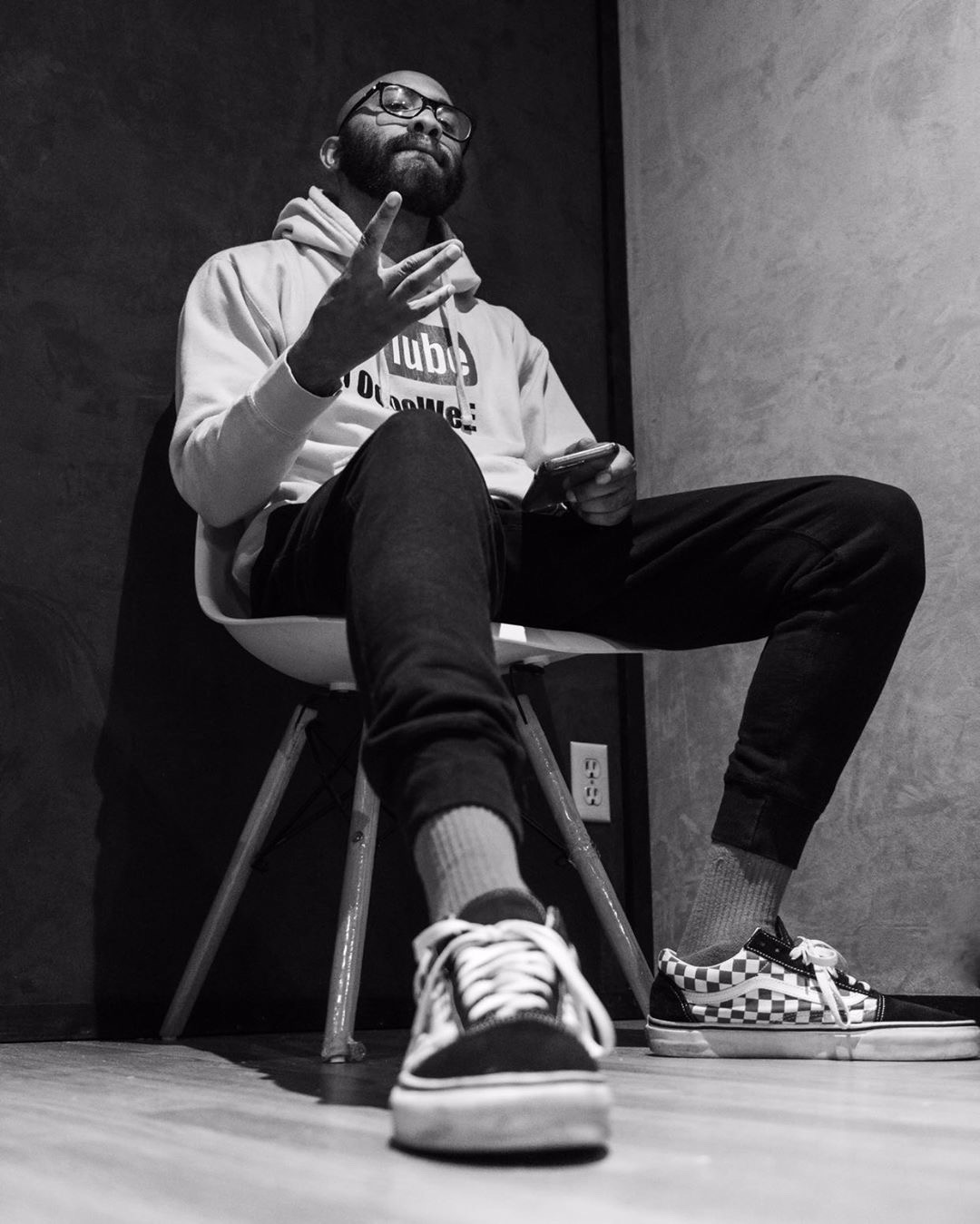 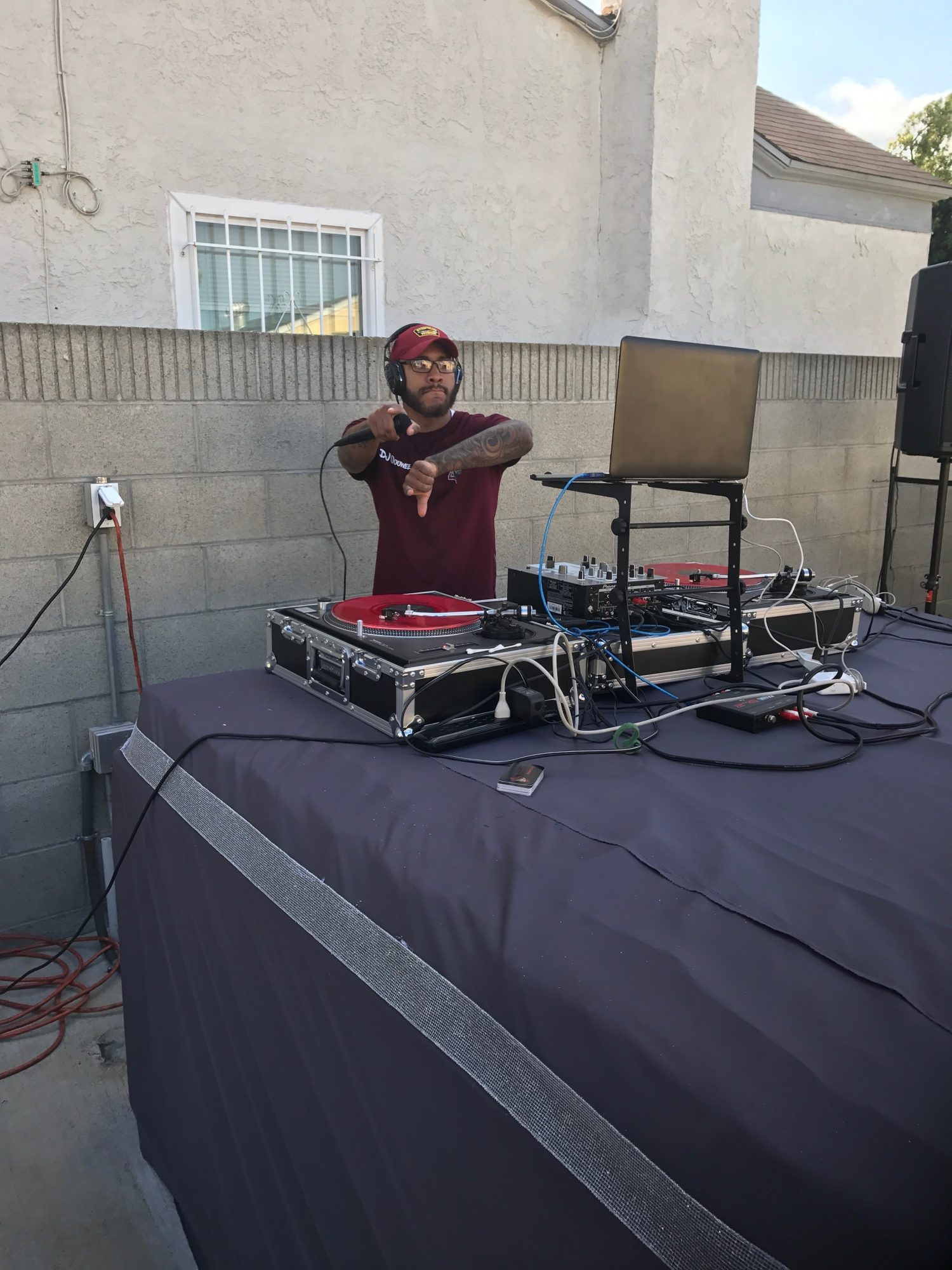 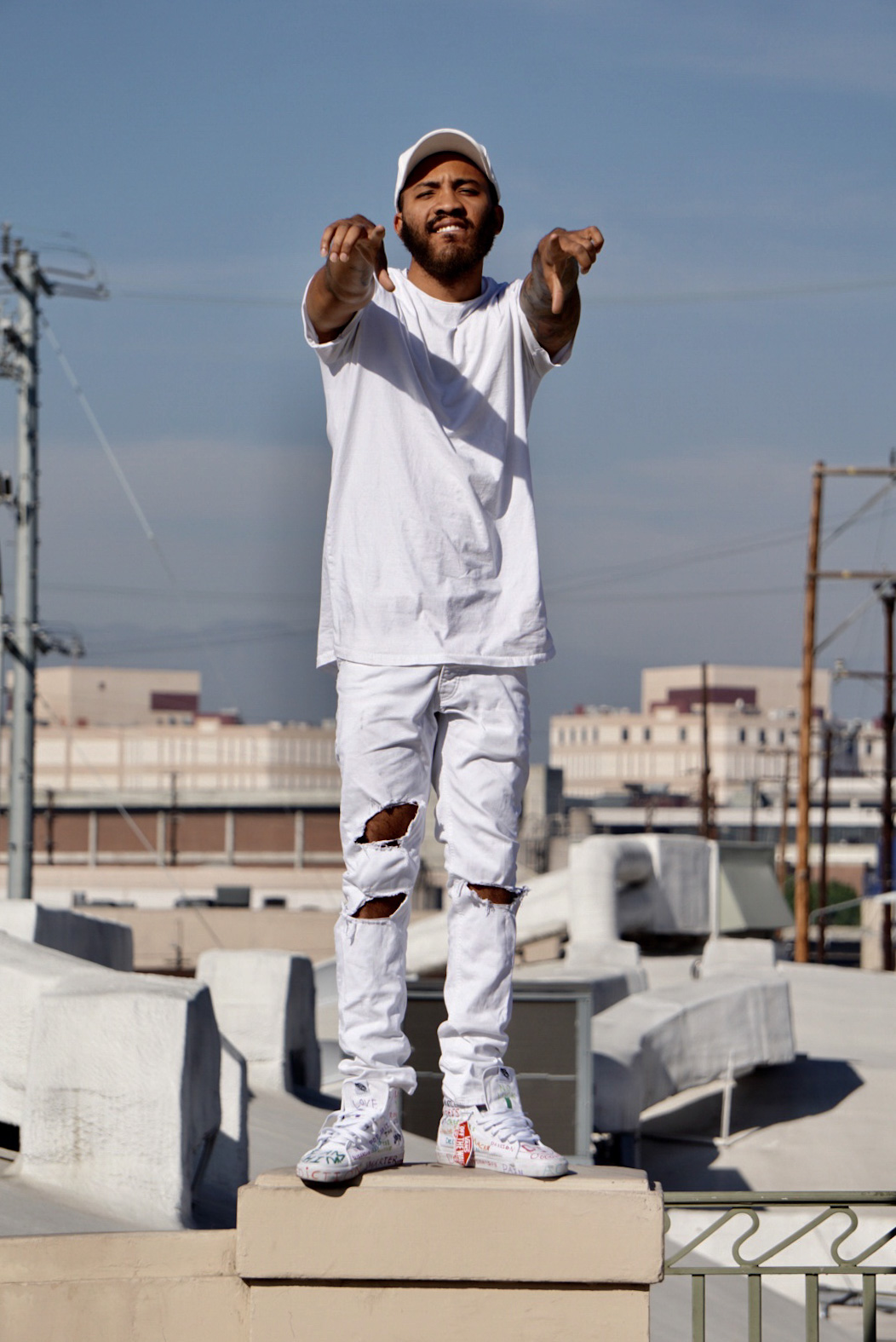 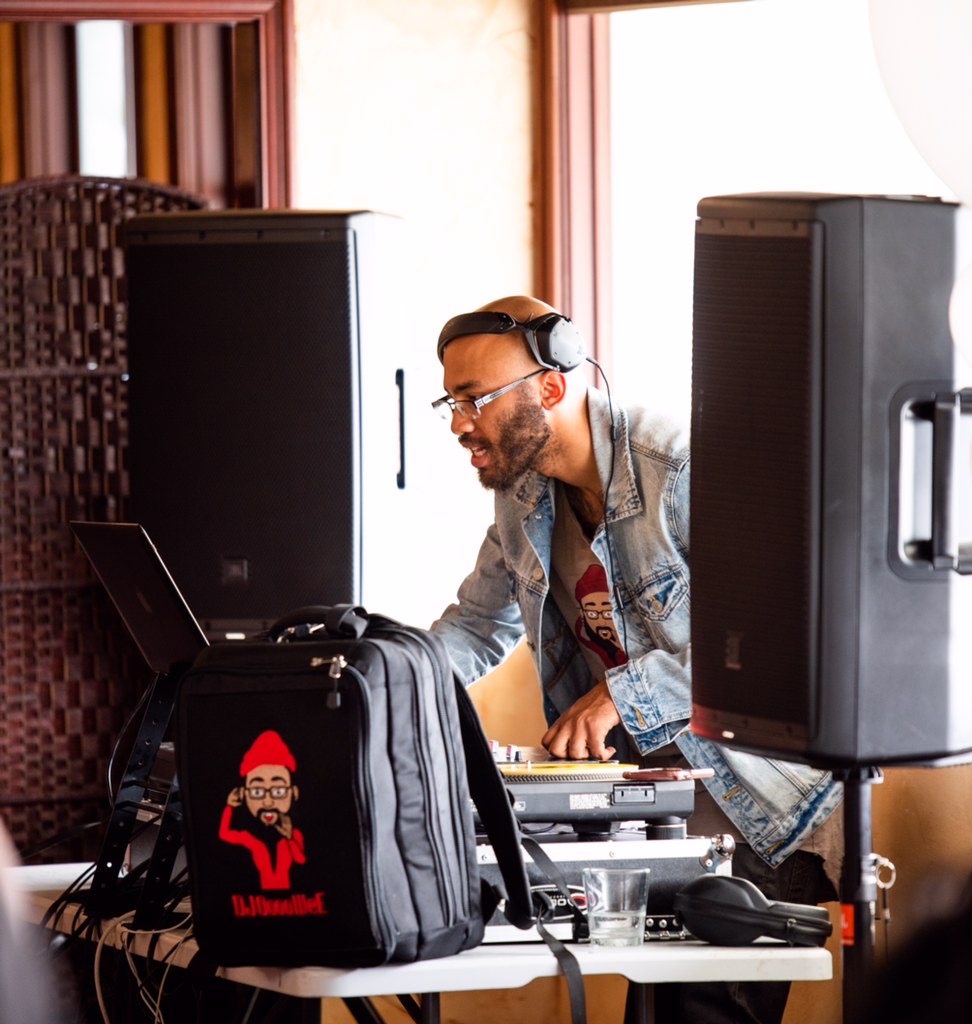 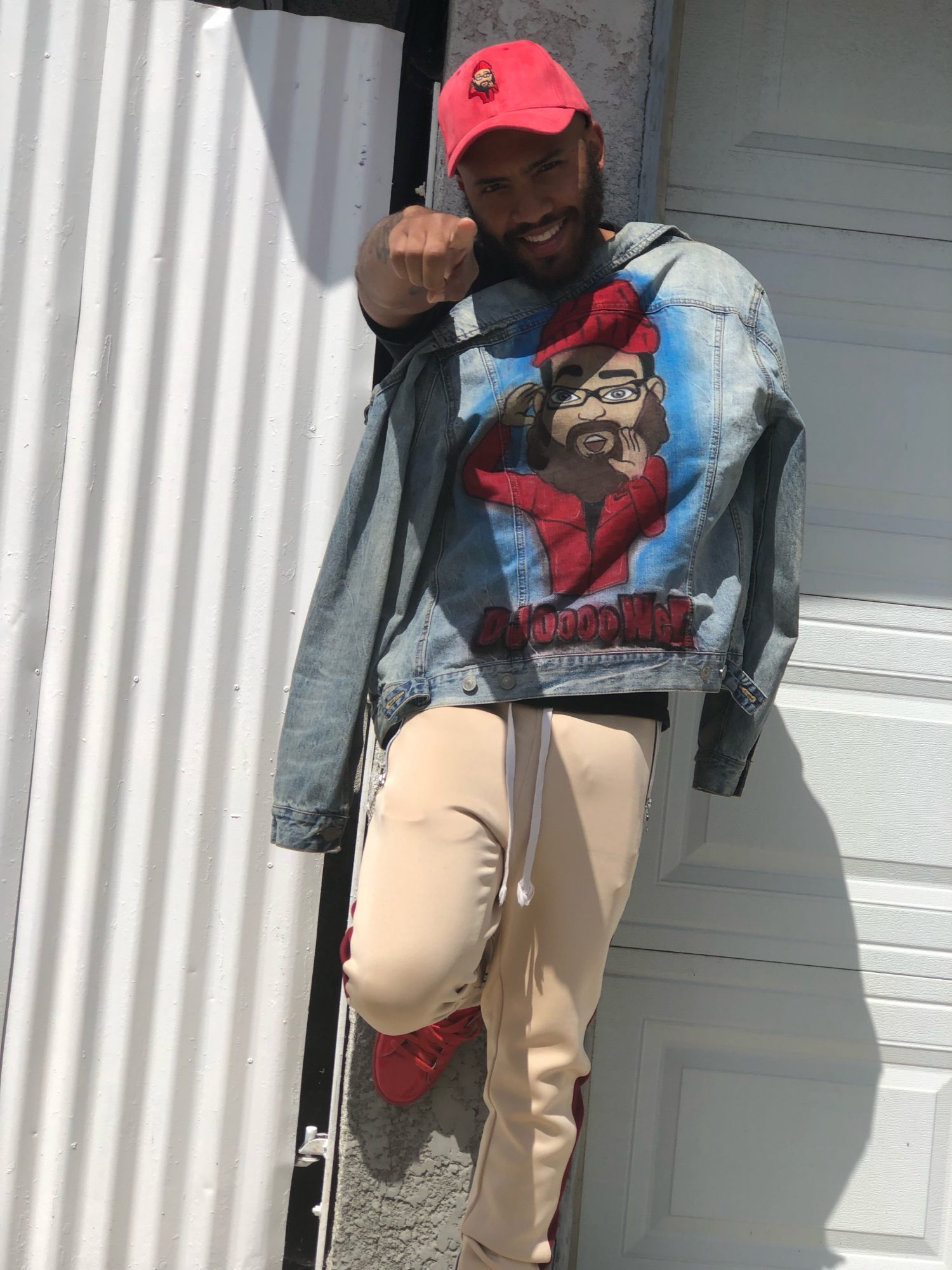 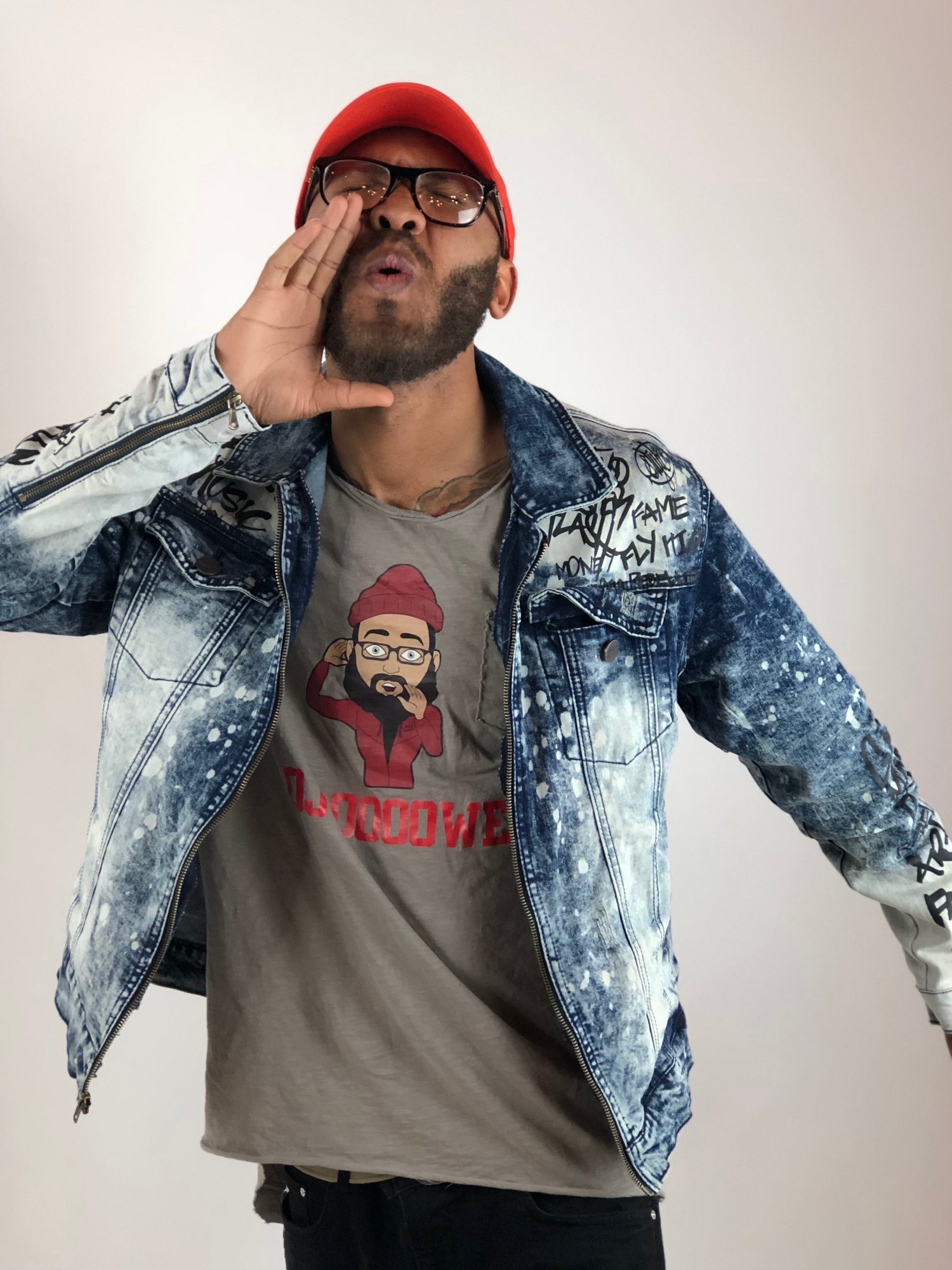 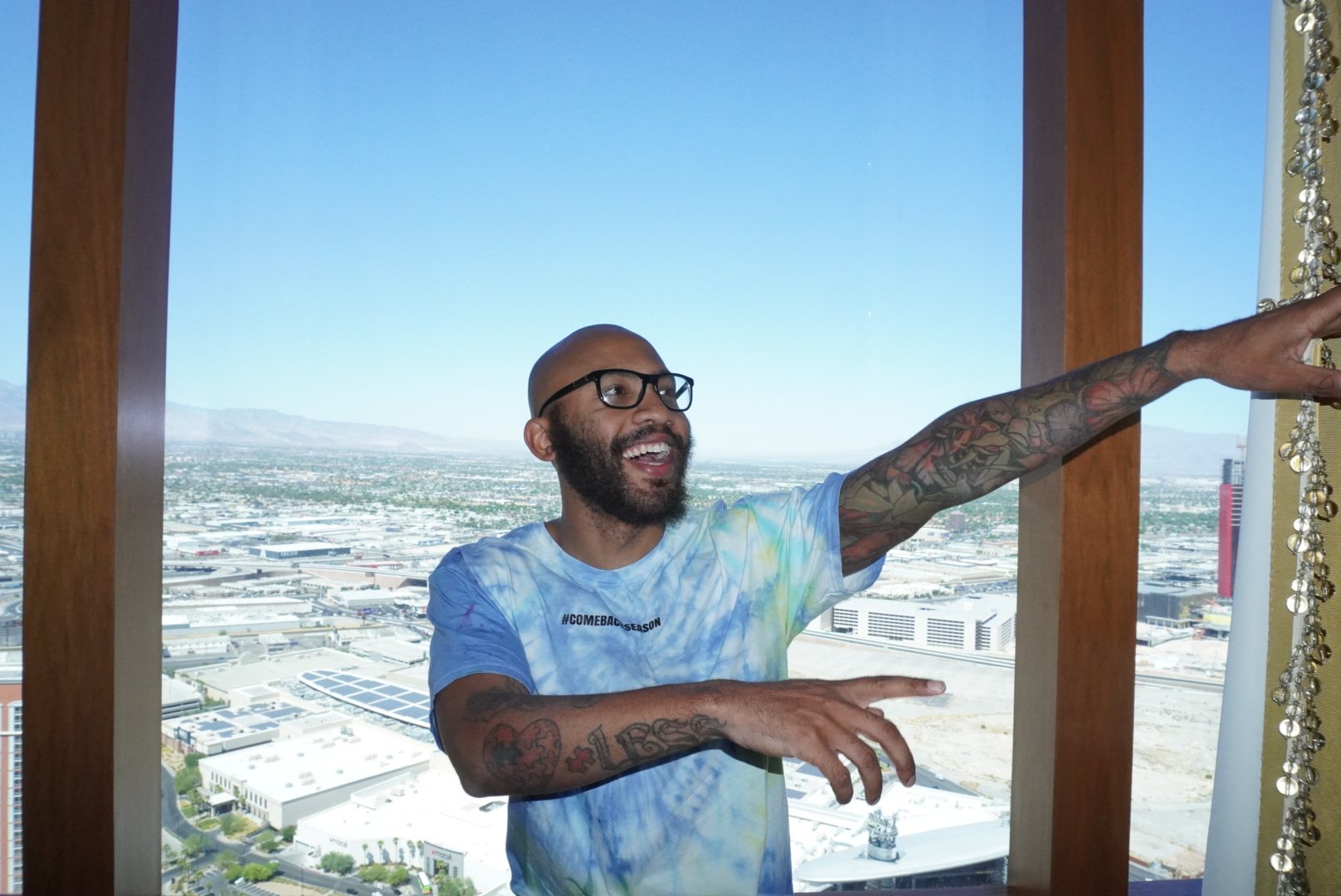