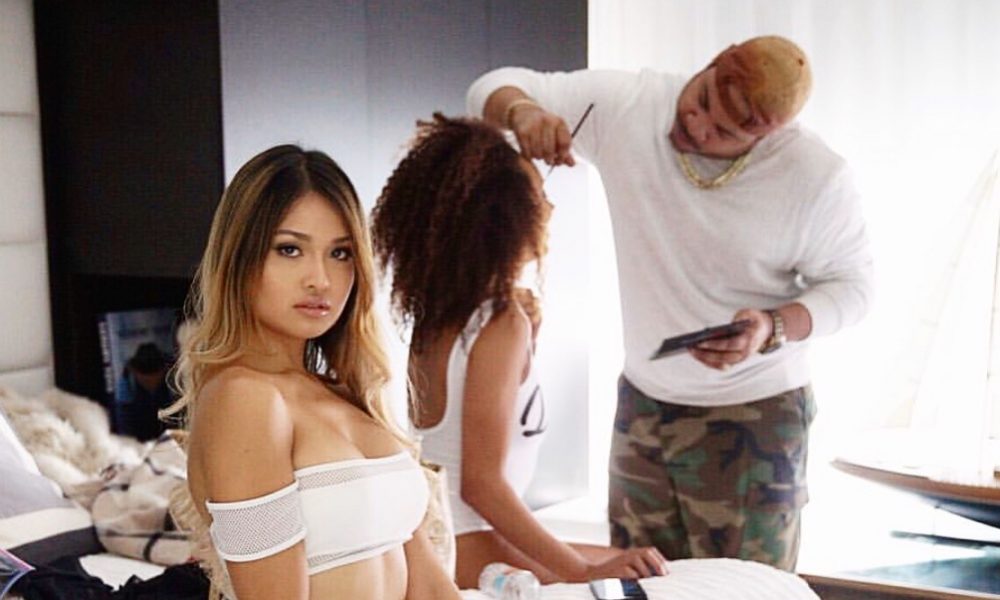 Today we’d like to introduce you to Jeffery Glenn.

Jeffery Glenn is a make-up artist from Miami, FL who is now based in Los Angeles. He is a natural born creative. A renaissance man that has delve into almost every facet of art both visual and performance. He is the youngest of two and comes from a very supportive family that has allowed him to be creative and express himself through his craft.

In his early years, he’d trail behind his sister who was also involved in the arts and would absorb anything he could from her training. “Though we’re eight and a half years apart, we were so close. We’d make up our own songs and dances. We would make up our own shows. We would just create! We would ‘act a fool’ like my mom says.” From there, his God-given gifts started to surface. He was most definitely the kid that would watch you do it once, study it, and execute. From early on, Jeffery had already decided he’d become an artist. Though he did not know in what capacity he has said as a child, “I don’t ever want to wear a suit to work (because they itch), I want my job to allow me to travel the world, and I want to create.”

During his secondary schooling, he trained underneath Tanisha Cidel (“Moonlight”) where she helped to mold his skills as a triple threat performer and allowed him opportunities choreographing alongside her for productions. Moving forward, he continued his training underneath Andrea Kidd while also being apart of a national dance company. During these times, he was no stranger to stage and had performed on national tours in North America and Canada, represented the U.S. performing in the International Fringe Festival (Edinburgh, Scotland), done regional theatre in the Miami Arts community, and was inducted into the International Thespian Society.

In 2008, he’d been accepted into the Department of Theatre Arts with a concentration in musical theatre at the illustrious Howard University. While receiving his training, he met Reggie Ray who served as his professor and quickly became a mentor. Reggie Ray gave him intensive training in stage makeup. The training entailed that of special effects, transforming one’s face, simple enhancement, and what beauty actually is. “During my time with Reggie, he’d stopped me and said ‘you don’t want to be the star.’ Now in my mind I’m thinking ‘oh please, he barely know me and I am a star.’ But he finished by saying ‘You don’t want to be the star. You want to be in charge’.” It was then when he realized a love for creating a world and characters through the art of make-up and the possibility of becoming an entrepreneur through his art. He then started to work alongside Reggie Ray in the field while still training at Howard.

Once Jeffery received his Bachelor of Fine Arts, he jumped into the field working on campaigns with model agencies in the D.C. area. Finding his power in editorial beauty, Jeffery began to leave his mark making an impact amongst photographers, stylists, models, etc. He soon after started landing spreads in magazines (Elléments, Elegant, PUMP Magazine, Solstice Magazine, Essence) both nationally and internationally. This led him to gain clientele from D.C., New York, and his hometown Miami, Fl. His credits include Rihanna’s ANTI World Tour, working with actors like Regina Hall (Scary Movie, Girls Trip), Aisha Hinds (9-1-1, True Blood), Chris Spencer, Tammy Townsend (CSI: Crime Scene Investigation), Camille Winbush (The Bernie Mac Show), and Tina Lifford (Queen Sugar). He’d also go on to work with recording artists such as Elle Varner, Paloma Ford, and Zohara to Tv personalities, Olympic gold medalist English Gardner, Wanda Durant, and many more. However, though he had gain traction in the makeup community it was the passing of his one and only sister that propelled him into taking that leap of faith and moving to Los Angeles.

We’re always bombarded by how great it is to pursue your passion, etc – but we’ve spoken with enough people to know that it’s not always easy. Overall, would you say things have been easy for you?
I’m not sure it will ever be a smooth road, but I embrace the bumps in the road. Funny thing about obstacles and challenges is that We hate them, but you need them to mold you into your greatest self. I look back on things now and realize those struggles really pushed me.

For instance, Immediately after Howard, I got into cosmetics at Macys. I thought “ok I can make some money and I can learn some things about everyday beauty versus makeup on stage.” After being laid off from that job, I just knew it was over. The pressure of being financially stable started to consume me to a point where I stopped focusing in the dream. I Then realized the job was never about the art and didn’t fuel my creativity. I then got a quick bartending job, started to build my makeup kit, made calls/sent dms to other creatives (stylists, photogs, models) and started to do my own photo shoots and create content. That greatly built my network and also my confidence from then.

However, the biggest obstacle I had to get over was Jeffery. I had to get out of my own way. My initial plan was to move straight to LA after graduation. My sister and I would talk about moving to LA together and taking on our dreams, but id stop myself. I’d say “I want to wait until I have this amount of money. I want to wait until my portfolio looks likes this.” Or “I’m not sure I could hang with the big dogs out there.” It was a real comparison game. Id compare myself to other artists. Id constantly get in the way instead of having faith and trusting myself. Before my sister and I could make our move she passed away. This was someone who was my biggest fan. Someone who would brag up and down about me. She has had me in rooms amongst legendary people in entertainment and would show me around to everyone. She’d always start with “This my big lil brother from Howard…” After her passing, I thought “I can’t keep getting in the way of myself.” I then took that leap of faith and have hit the ground running.

We’d love to hear more about your business.
So my business is an all-around creative company. I do make-up for the everyday woman whether its because they love to wear makeup or there is a special occasion. I also travel for bridal make-up. On the flip side, I provide make-up services for red carpets, press events, television appearances, etc. I also do make-up for a lot of print work, models, fashion campaigns, etc. Most importantly, I specialize in giving people confidence and high self-esteem. It feels good when I finish a client and see how their confidence shoot through the roof after they look at themselves. I love that!

What I’m most proud of as a company is being able to employ and bring in my colleagues and makeup artists on large projects. I feel that it isn’t possible to do everything on your own and that we should make a way for someone else just as someone has made a way for you.

What sets me apart from others is the fact that I make my clients look like a greater version of themself. Unless for a specific character, I do not like to apply make-up to transform you into a completely different person. I like to take the beauty you already have and enhance that. Furthermore, what sets me apart is the application of make-up to women of color. One of the main reasons in moving to LA is that I want to be a go to artist for women of color. For so long Hollywood has had the same artists doing the same makeup on my girls of color. Artists have to realize there is a very vast range of complexions with various undertones so you can’t apply the same “rule of thumb” to everyone. As an African-American, I totally understand and identify with this. So in a sense, I’m very protective of my women of color and make sure that they are shown in the best light from the makeup alone.

Do you feel like our city is a good place for businesses like yours? If someone was just starting out, would you recommend them starting out here? If not, what can our city do to improve?
I do feel like LA is a great place for businesses like mine. Something is always being filmed. There’s always some premiere or event. Makeup is needed left and right.

I’d recommend LA for someone starting out. Then again, I’d say that it’s more so about the individual than the location. It’s not about this city being a good place for your business. Its all about you knowing your mission and your vision than anything. Then you can make it anywhere. 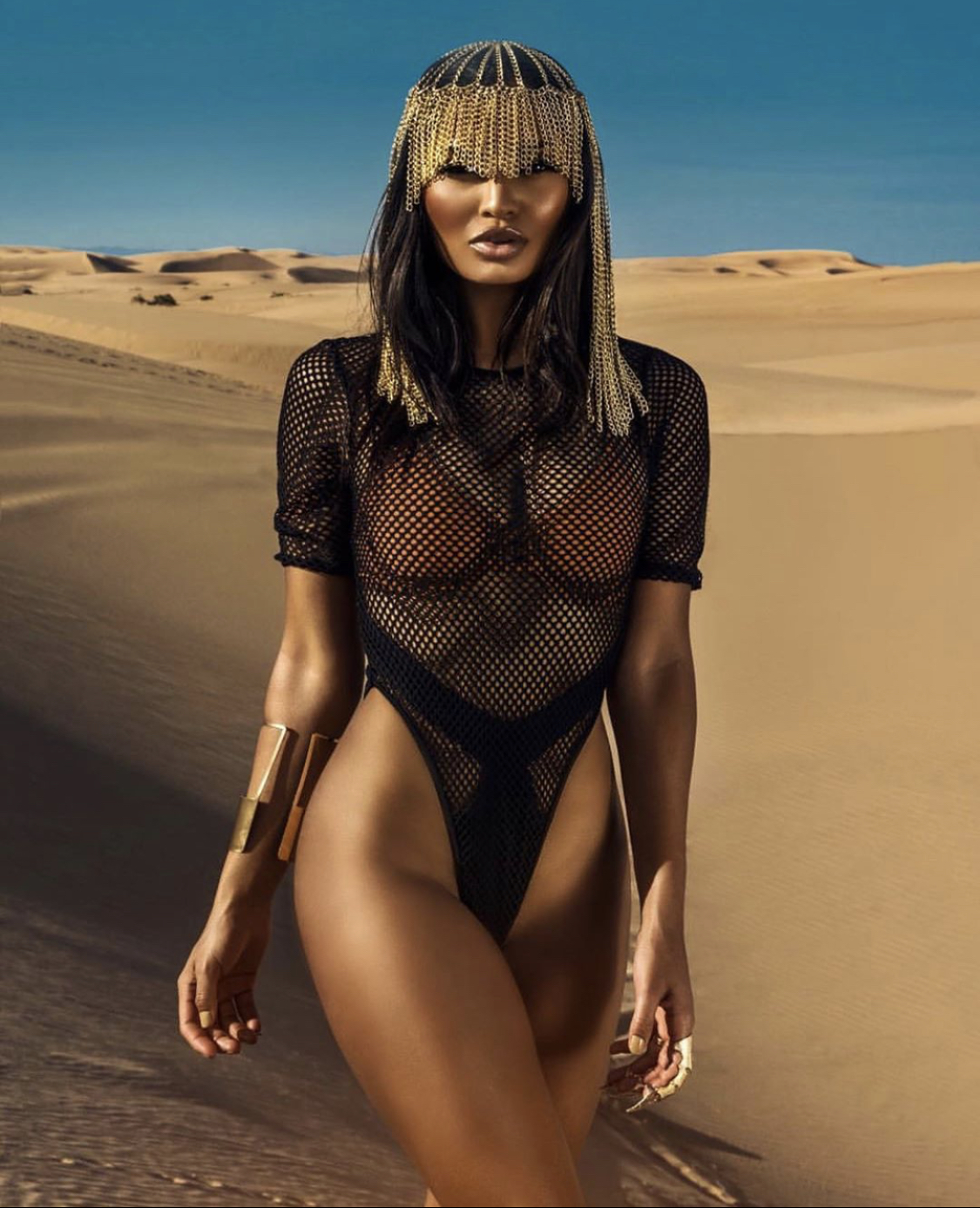 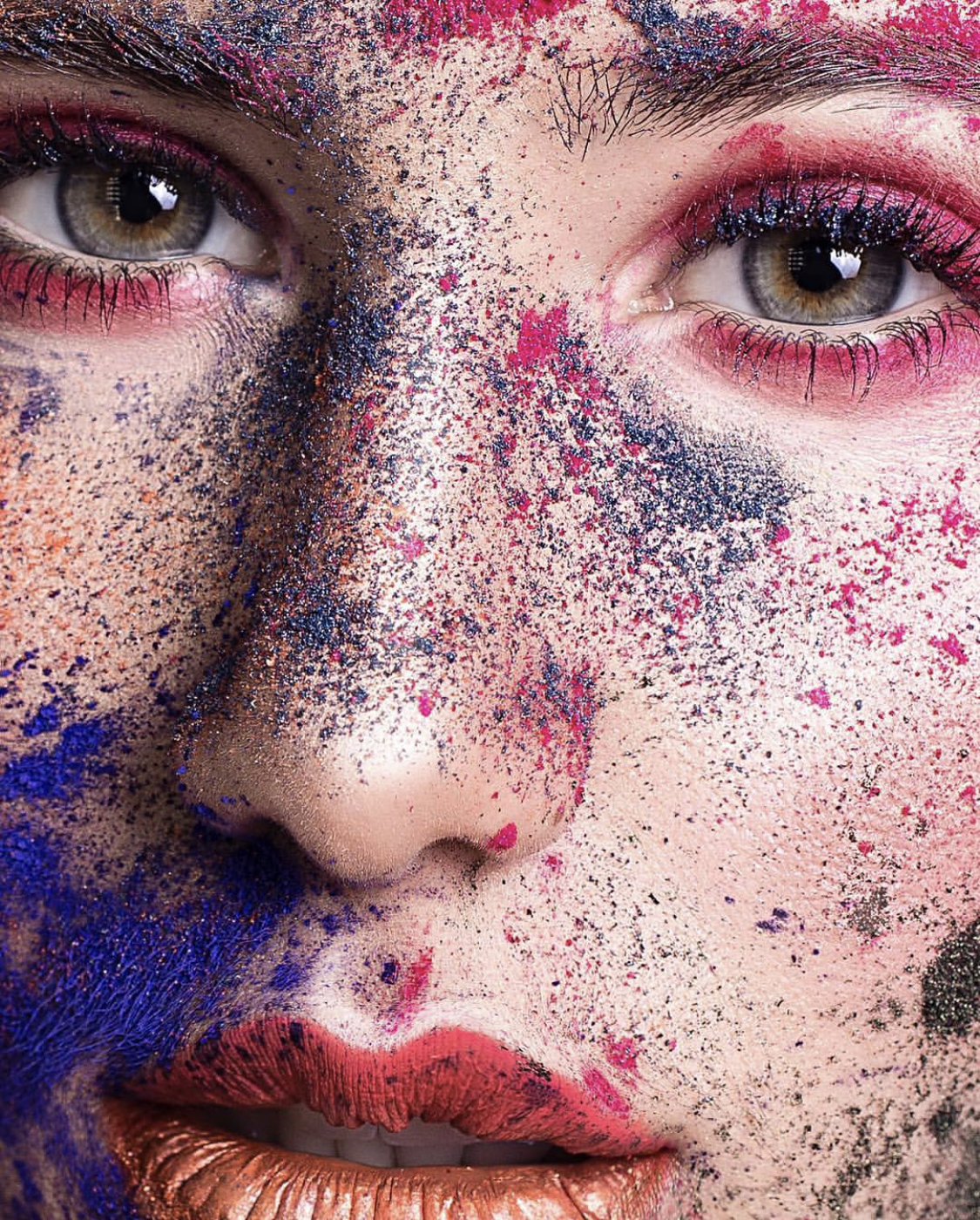 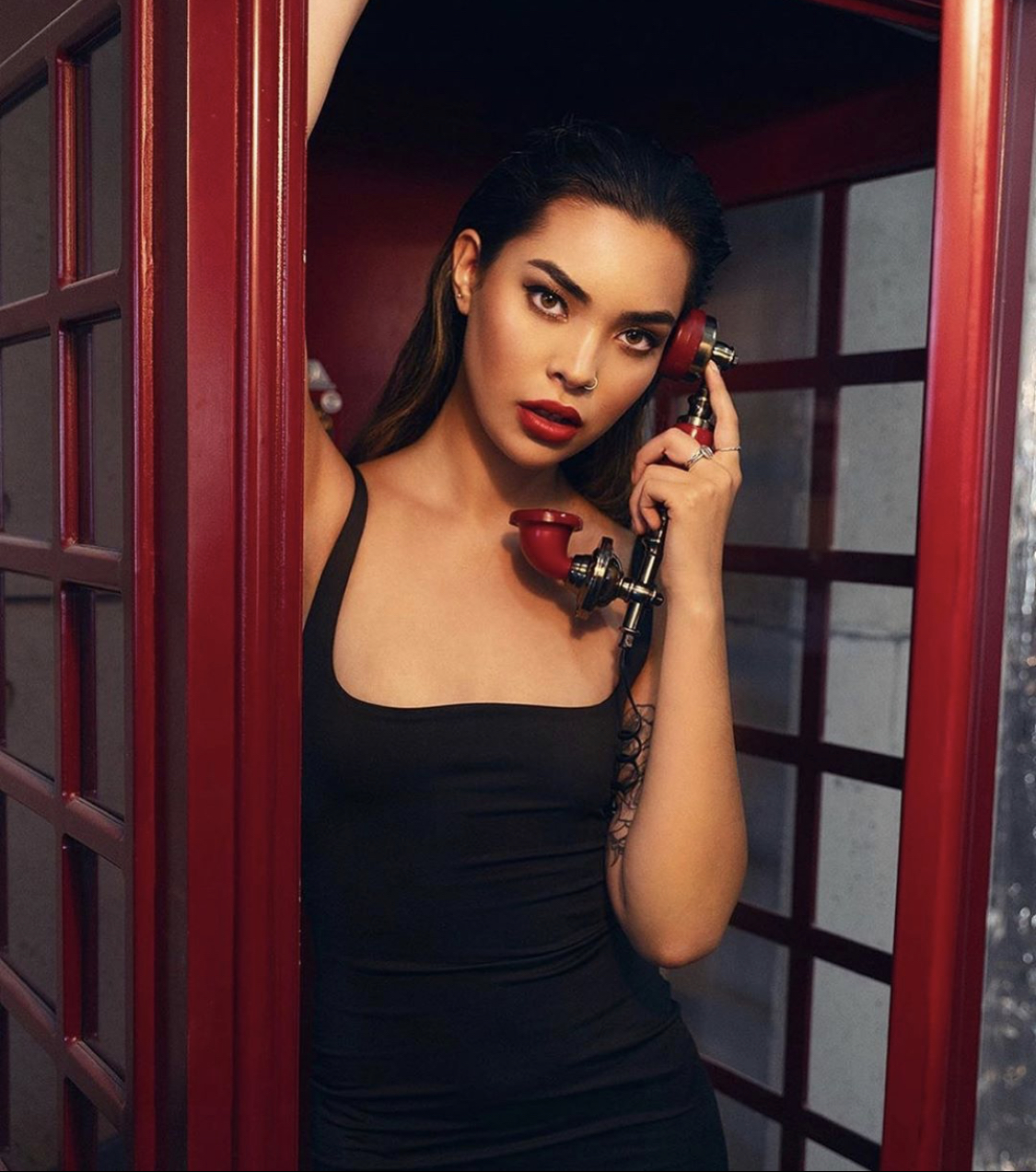 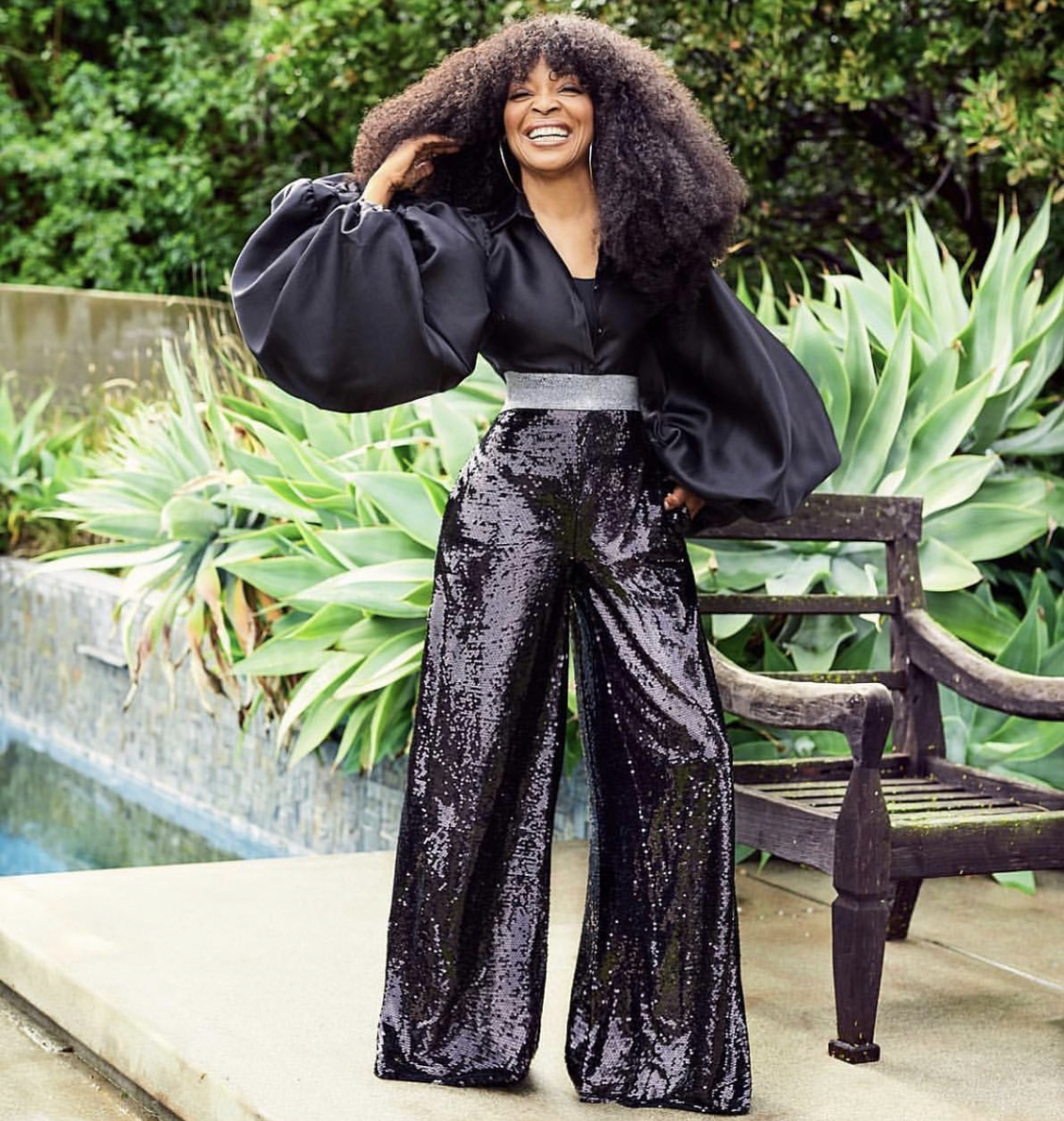 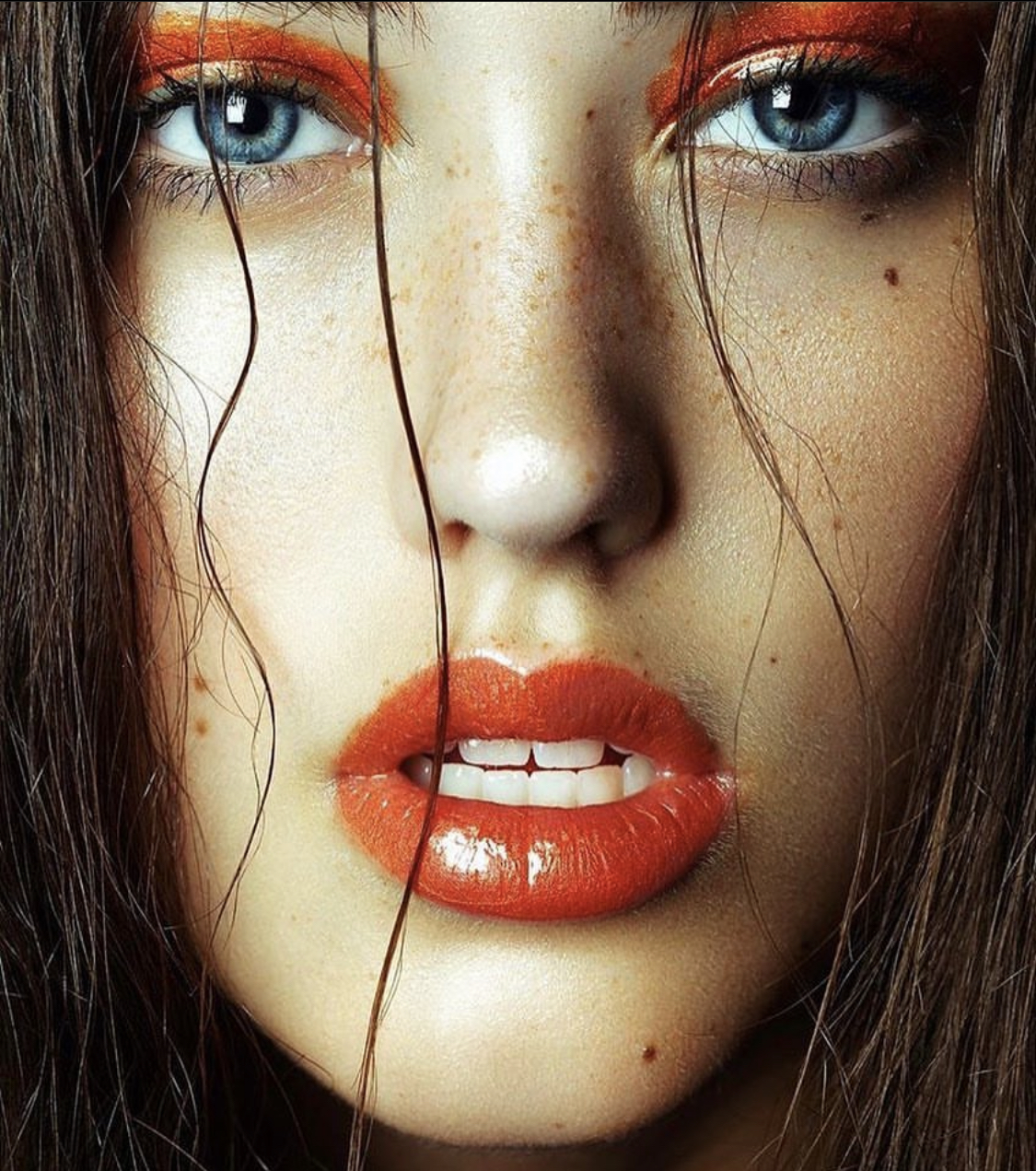 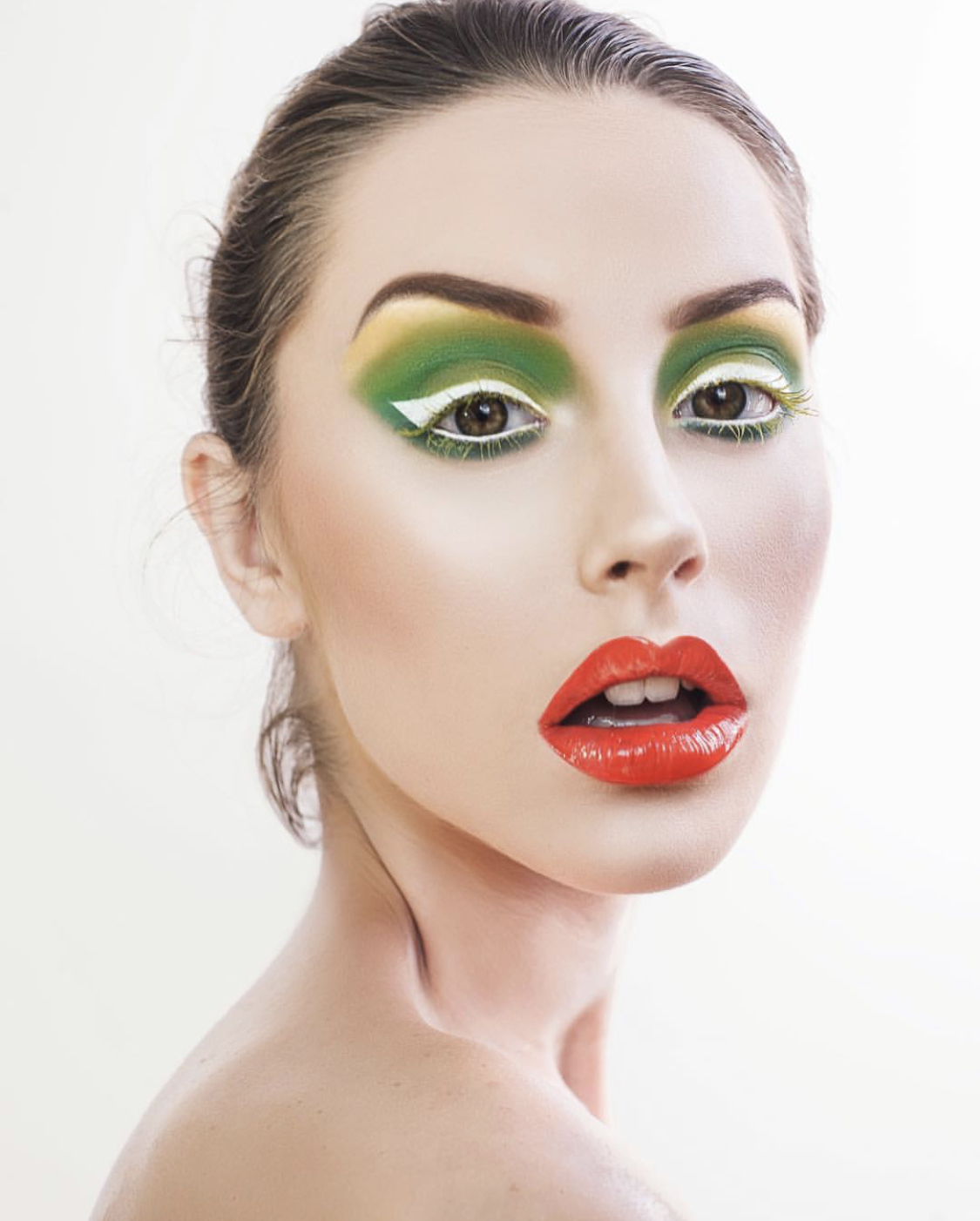 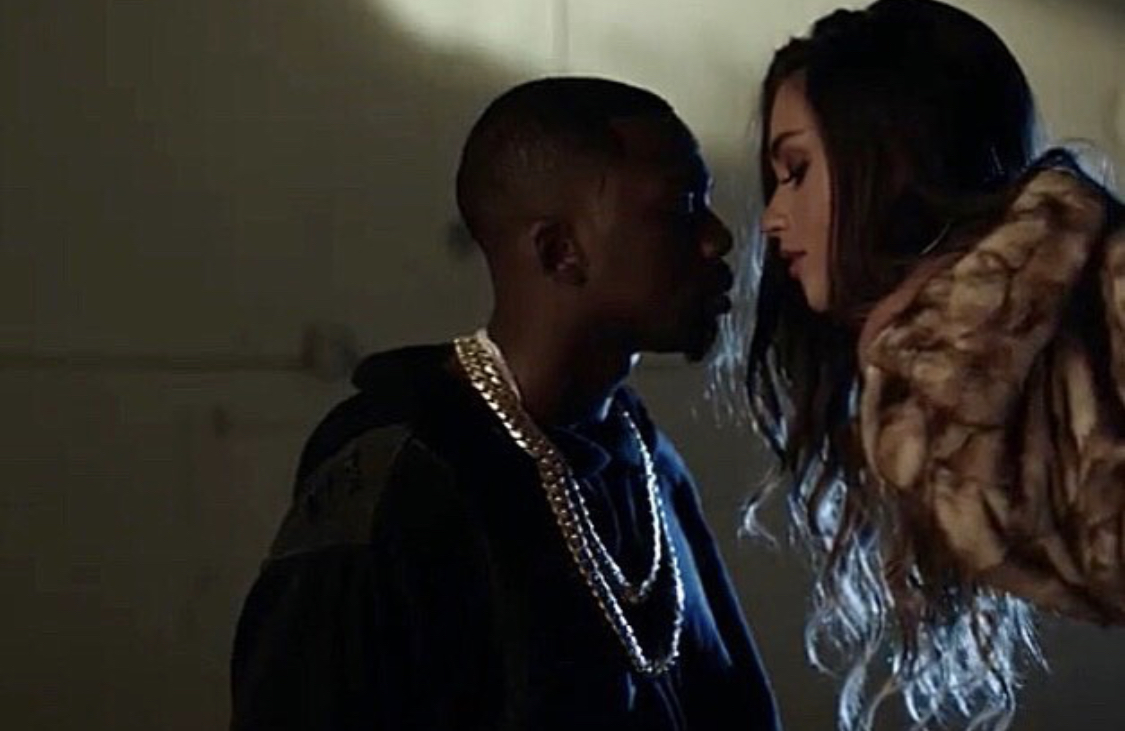 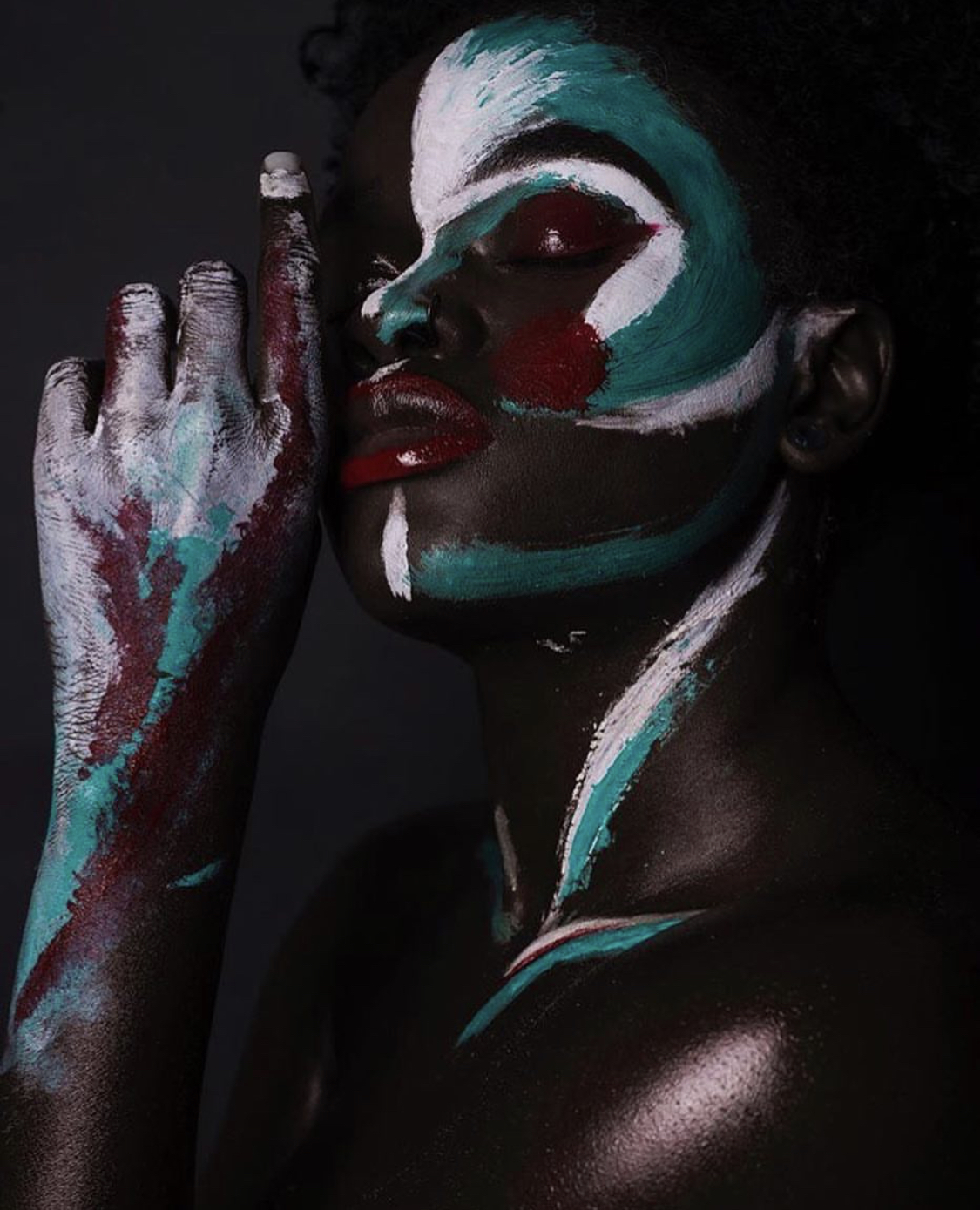 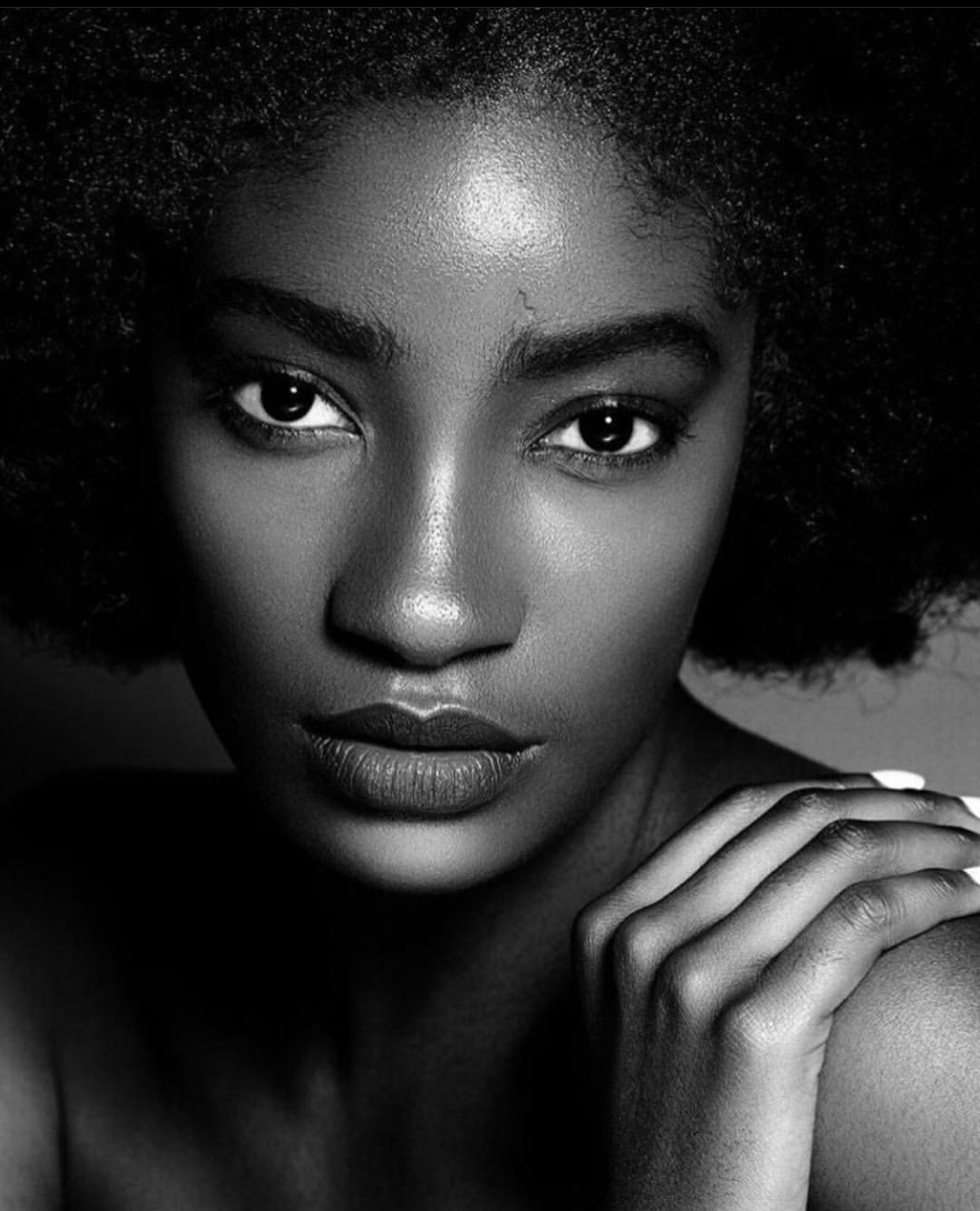