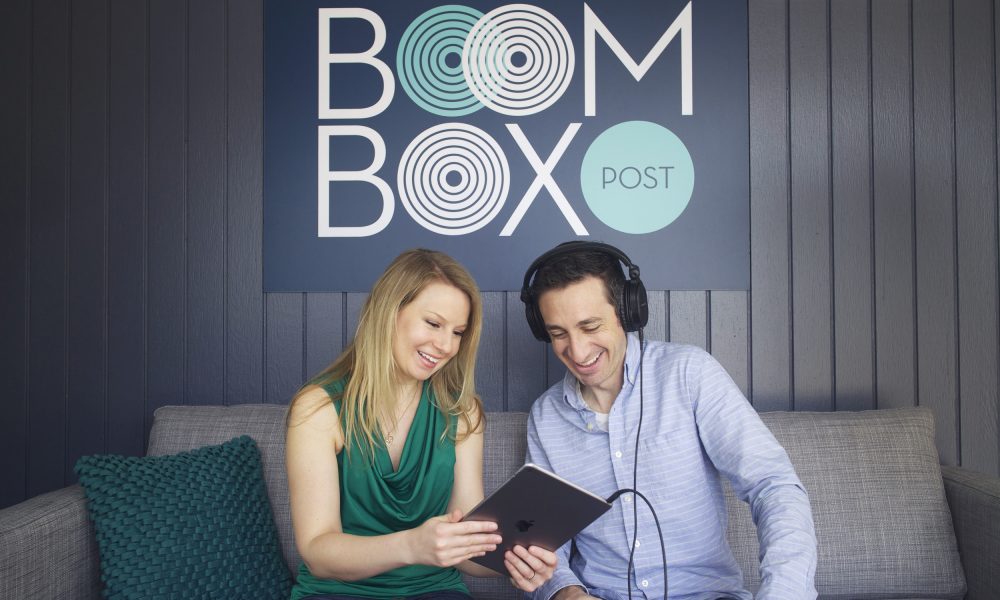 Today we’d like to introduce you to Jeff Shiffman.

Jeff, please share your story with us. How did you get to where you are today?
I studied music in college at Indiana University. Approaching graduation, my wife (then girlfriend) and I dared each other to move to LA. I hoped to make a go of it as a composer. After working various industry jobs I fell into a career in sound editorial and realized what a great fit the job was.

I started out in a boutique sound design company and eventually moved to a major studio for a number of years. The smaller, more agile studio remained appealing to me and in 2012 I partnered with long time co-worker and collaborator Kate Finan to open Boom Box Post, a sound design studio specializing in television animation. In 2016 we posted 10 television series (amounting to 153 episodes) in addition to many shorts, pilots, and commercials.

Overall, has it been relatively smooth? If not, what were some of the struggles along the way?
I imagine starting any new business is a rocky path (I can’t confirm this… I’ve only started one). But in terms of challenges, I think we have been extremely lucky. Taking a leap of faith is remarkably easy in a field you know well. There was no doubt in starting Boom Box Post that we knew how to accomplish the work at a high level of skill. That said, growing a small business is basically a daily uphill climb – unrelenting and with no true end in sight. Though this should not be discouraging. On the contrary, if you love what you do, hopefully, it’s these challenges that get you out of bed in the morning.

Alright – so let’s talk business. Tell us about Boom Box Post – what should we know?
We specialize in television animation, in my opinion, one of the most creative mediums the film industry has to offer. Animation is a blank slate. There’s no sound recorded on set (because there is no set). It’s just the character dialogue and our imaginations. We get to have an insanely fun time creating an entire sonic world from scratch. While we take the job very seriously, it’s important to take a step back and realize just how lucky we are to get paid for things like making alien vocals or giant farting volcanoes.

I am extremely proud of the culture of our studio. In opening Boom Box Post, Kate and I distilled the lessons we had learned and planned out a different kind of post sound studio – a place with an emphasis on collaboration, the goal was to create an environment where great work could flourish organically. Rather than focusing on internal competition or personal status, talent could feed off the energy and collective knowledge of one another. Ego gets set aside and everyone grows by being both student and teacher. A great example of this collaborative effort is our ‘Lunch and Learn’ sessions where each month a different editor leads a lesson on their various field of expertise. I’ve learned a ton simply by opening myself up to the idea that everyone on the team has a different point of view and experience to draw from. This group learning bolsters the team as a whole and encourages more creative experimentation and growth company wide. This is just one of many ways we try and help one another on a daily basis.

Any shoutouts? Who else deserves credit in this story – who has played a meaningful role?
Our business is built on the trust of our clients. They are the content creators, the visionaries. It’s their choice, project after project, to return to us for sound design. The entertainment industry is all about collaboration. We have always focused on realizing the vision of our clients. Ultimately they are the decision makers and we owe everything to their continued trust in our work.