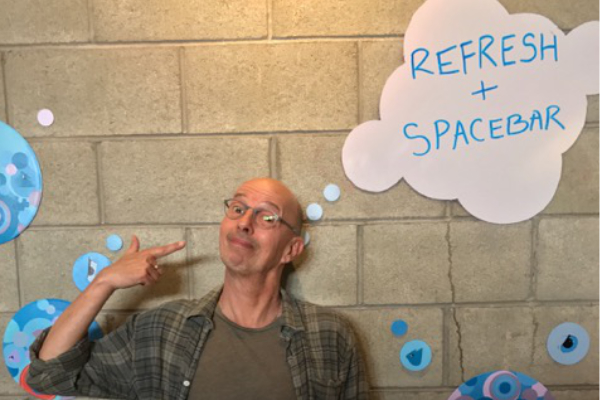 Today we’d like to introduce you to Jeff Payne.

Jeff, can you briefly walk us through your story – how you started and how you got to where you are today.
I began my career as a sound mixer at Waves Recording in Hollywood, a studio that specialized in producing and mixing comedy radio commercials. After five years at Waves, I took a position at POP Sound in Santa Monica, the first all-digital audio post-production facility in the Los Angeles area. At POP, I segued into mixing television commercials for another five years before realizing my dream of opening my own audio post-production facility in Santa Monica in July of 1999. In nearly 18 years of business, I have seen the market shift numerous times with new competition entering and influencing the overall climate. As such, I am continually reshaping the brand to meet an ever-changing marketplace in the audio post-production world.

Alright – so let’s talk business. Tell us about Eleven – what should we know?
Eleven is a boutique audio post-production facility specializing in audio post-production for the advertising industry. Our clients are high-end advertising agencies, commercial editorial companies, and new media outlets who expect a high degree of excellence and performance when collaborating with us for their audio needs. Due to the boutique nature of the facility, a choice I have consciously maintained over the years, we are not only known by our technical excellence but for the excellent service we provide as a more exclusive option for our clients. I’m very proud of the fact that we continue to have a prominent showing of spots in the Super Bowl every year, which in our industry is the benchmark of the nation’s top television commercials. I’m also very proud of the community philanthropic work done over the years at Eleven. From 2007-2014, Eleven hosted a private in-house music showcase series called Live@Eleven. Live@Eleven provided exposure to incredible bands while our guests enjoyed socializing with colleagues in the advertising and entertainment industries. Eleven featured incredible artists such as Allen Stone, Capital Cities, Crash Kings, Family Of The Year, Parade of Lights, Andy Vargas of Santana, Tre Hardson of The Pharcyde, Josh Ritter, Leftover Cuties, and Rah, as well as world renowned DJs Tendaji Lathan and Wiseacre.

Eleven has proudly supported various charities through our events, raising awareness and funds for local and international charities such as The Rainforest Alliance, Kiva.org, Stand Up For Kids, m.a.m.a. earth, Meals On Wheels, amongst many others. These intimate concerts expressed Eleven’s commitment to “give back” through the powerful expression of music. In 2015, we converted the performance space into 2 new state-of-the-art post-production studios, Studios C and D. Eleven continues to host in-house live performances and parties.

Is there a characteristic or quality that you feel is essential to success?
The quality that I feel is most important to our success has been my commitment to hiring staff who not only have great creative talent, but equally creative spirits. I have launched many careers by recognizing young talent and giving them the opportunity to realize their own creative potential.

The black-and-white party shot was taken by: Katya Grozovskaya