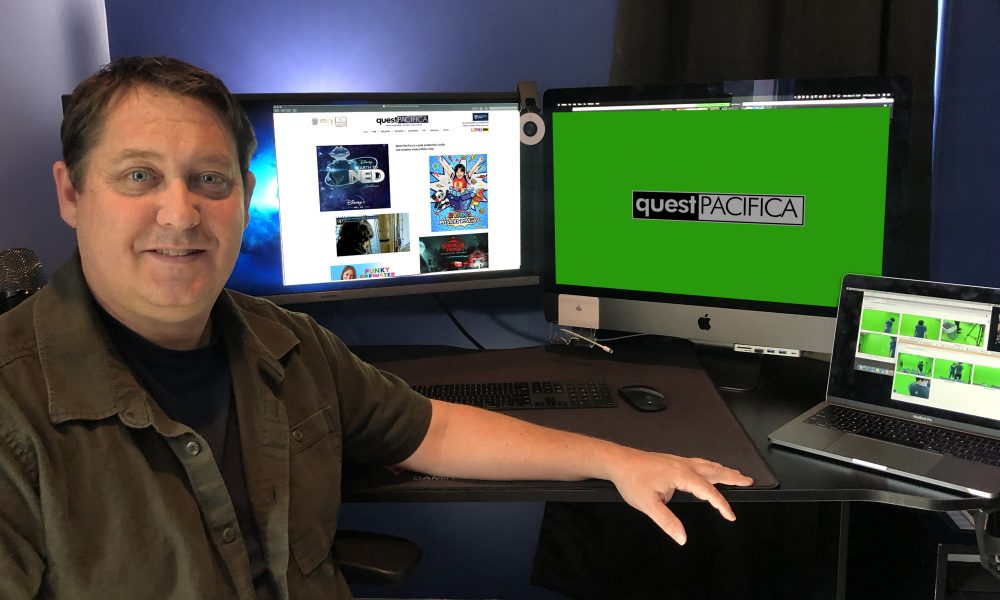 Today we’d like to introduce you to Jeff Murphy.

Jeff, can you briefly walk us through your story – how you started and how you got to where you are today.
I was asked what do I do and who am I? Well, I own a post-production company in Los Angeles, I edit and produce movies and tv shows, I manage the video replay for the Los Angeles Kings, I run a haunted maze every Halloween for the community, I teach editing and visual effects once a week at a college, I am a father and a husband and I play hockey every week.

My main profession is a Motion Picture Editor, Visual Effects Supervisor and a Producer. I currently am a member of the Motion Picture Editors Guild and Television Academy. In 2020, I recently won the Daytime Emmy Award for Producing the 5th Season of Amazon’s The Bay and concurrently won a 2020 Gold Telly for Editing the feature film, Scared Live.

I was born and raised in Granada Hills, CA in 1974. During the 70’s & 80’s, my parents were members of the North Hills Jaycess and every year for the local community managed and operated one of the largest Halloween mazes in the country, The Factory of Nightmares. I grew up with this my entire childhood. This helped spark my passion for the arts and my creativity.

I started off making home movies when I was seven years old with my family and friends. I continued this passion in high school filming every weekend with any friend I could find that would want to make a movie. Inspired by Star Wars, Goonies and James Bond movies, I set out to make my versions of those films. I’m not saying they were good, but we had fun learning and just simply using our imaginations.

After high school, I immediately was hired editing wedding videos for a large San Fernando Valley wedding video company, California Video. I worked there for six years earning national and international awards for my editing.

I attended a local community college, Pierce College, and then attended Columbia College Hollywood earning a Bachelor of Arts in Cinema in 1998. I was the first student at Columbia to do a feature film as a thesis project. I made the spy film in 5 weeks and completed it before graduating. The film went on to make some money around the world and this got me into the business of making movies.

Few months after graduating, I landed my first film industry paying job by editing a feature film for the creators of the Halloween franchise. When I landed that job, I was forced to get an edit bay within two days. That year, in 1998, I started an editing and visual effects company called Quest Pictures with my wife Gina who manages the Graphic Design and Marketing division.

In 2013, I merged my company with the production company, Pacifica Cinema owned an operated by Katie Boyum (Camera Operator and Steadicam operator, Taken, E-Ring and Moonlight). We then founded Quest Pacifica together.

As the new company grew, I slowly offered various services other than editing. We then were offering Producing, Visual Effects, Color Design, Sound, Animation and Delivery to networks/distributors. I have multiple Edit Suites, a Davinci color bay, ADR Room, Theater Screening Room and 4200 sq ft of creative space.

Fast forward to today, I have worked on over 120 feature films and over 200 episodes of television/streaming. I have a company of over 20 plus employees and just hit my 22 years of business in the San Fernando Valley. I am presently editing and post supervising the Emmy Nominated Nickelodeon’s Ryan’s Mystery Playdate Seasons 1-4. I was the lead editor for 76 episodes of Nickelodeon’s Emmy Nominated hit series Mutt & Stuff and seven episodes of Amazon Studios’ Sigmund And The Sea Monsters, produced by the legendary filmmaker’s Sid and Marty Krofft.

I additionally work in the gaming industry for the XBOX 360, XBOX One, Play Station and Nintendo platforms. I have contributed visual effects, editing and post-production for Activision’s Call of Duty: Elite, Sniper Ghost Warrior 3 and Friday the 13th: The Game. I also was a producer on the award-winning game Zumba: World Party which mixed live action using Pre-Visualization and Visual Effects filmed at Universal Studios.

I have worked in production and post-production for over ten years with the US Army, US Air Force, Department of Defense, CIA and the Pentagon on many video and media projects.

I currently spend one night a week as an active professor at Los Angeles Valley College, teaching Motion Picture Editing and Visual Effects.

I joined the Los Angeles Kings organization in 2017, operating the Video Replay System for the Referees and Officials at all home games. I currently still work the NHL hockey season by controlling the HAWKEYE camera system to determine goals, assists, penalties, and offsides for the LA KINGS.

During the years of working in the film industry, I got married and had two kids. I coached baseball for nine years and was the president of a youth basebal league for many years. I play hockey every Friday night in an adult league which gets me out of the edit bay.

Every year come Halloween, I produce and create a charity fundraiser for local schools putting on a very large Haunted Maze, raising money for the schools while utilizing film industry volunteers, local parents and even drag all my employees out for the few days.

We’re always bombarded by how great it is to pursue your passion, etc – but we’ve spoken with enough people to know that it’s not always easy. Overall, would you say things have been easy for you?
Owning a post-production company in a very competitive industry has definitely been a challenge. I am not a mom and pop shop, but I’m also not a giant company with 20 plus edit bays. I hire by referral only and have only received clients or work through referrals. I have managed to stay low key through the years. I make sure my employees and all of my team go home at 5:00 to see their families or just to get out. I do have some employees that work night shifts, but that is usually by choice.

I have seen the highs and lows of the industry as far as work goes, but I have always kept my determination to stay afloat. I’m usually calm when the storm hits. I enjoy being a business owner because I love to problem solve or to work directly with the clients. Many of the clients become my best friends. I enjoy what I do and I enjoy who I work with. I learned from my parents at a young age, the importance of owning your own business and making money work for you.

I have had my company staffed up to over 30 people to quickly drop back down to just a few of us. Then ramp back up! It’s been a rollercoaster for sure, but one of those coasters that scares the shit out of you, but then you walk off loving it and going on it again.

The success I have had has been my ability to surround myself with talented and trustworthy people. I have a very loyal team of creatives who have been with me for over a decade. They care about the work they do and they care about the clients. They fight for each other and make sure they help each other become better and more skilled.

So let’s switch gears a bit and go into the Quest Pacifica story. Tell us more about the business.
Quest Pacifica is an award-winning post-production boutique. We have a specialized team of motion picture editors, producers, colorists, sound mixers, animators and VFX artists.

Most filmmakers come to Quest for our creative editing and visual effects, yet find themselves staying for the entire post-production experience. Our goal is to make it easy and enjoyable for the filmmakers in our 4300 sq. foot creative facility. Since 1998, we have been managing everything in the Post Workflow (in-house), including Editing, Visual Effects, Sound, Color, and Delivery to Network.

In just a short time, Quest Pacifica has become a growing strategic partner in the post-production industry. Our team learns and executes the latest and greatest in technology and creativity utilizing the top-of-the-line servers, cybersecurity and risk management workflows.

Working on over 120 Motion Pictures and over 200 episodes of Television/Online Streaming, Quest Pacifica’s 4K pipeline and workflow have allowed our clients to experience a pleasant and seamless post-production. Currently, we are in Season Four on the Emmy®Nominated Nickelodeon’s Ryan’s Mystery Playdate managing the editing, sound, color, VFX and network delivery for this show. At the same time, we are creating the visual effects for the current hit shows Disney’s Coop & Cami Ask the World, the Disney+ Earth to Ned and NBC /Universal’s Punky Brewster.

The customer treatment and 24/7 support has been the most successful part of our company. Any client can call at any time and they will get an answer. We work with the clients and consider them our partners.

The Quest team is made up of some of the most talented individuals in the film and TV industry.

Has luck played a meaningful role in your life and business?
Luck is everywhere, especially since I am Irish. A great example is one day I was coaching my son on the baseball field and one of the kid’s parents, who I’ve know for a year, asked why was I wearing a shirt that said “Fix it in Post”? I told her I was an editor. She said I am producing a kid show for Nickelodeon and I am looking for an editor. We both had never talked business, so we had no idea what each other had done outside of the baseball fields.

Anyways, she hired me and my company and launched us into the television network works and my company has become very successful because of that. So you never know when you are going to get lucky by wearing the correct shirt. So now I carefully think out what shirt I wear everyday. 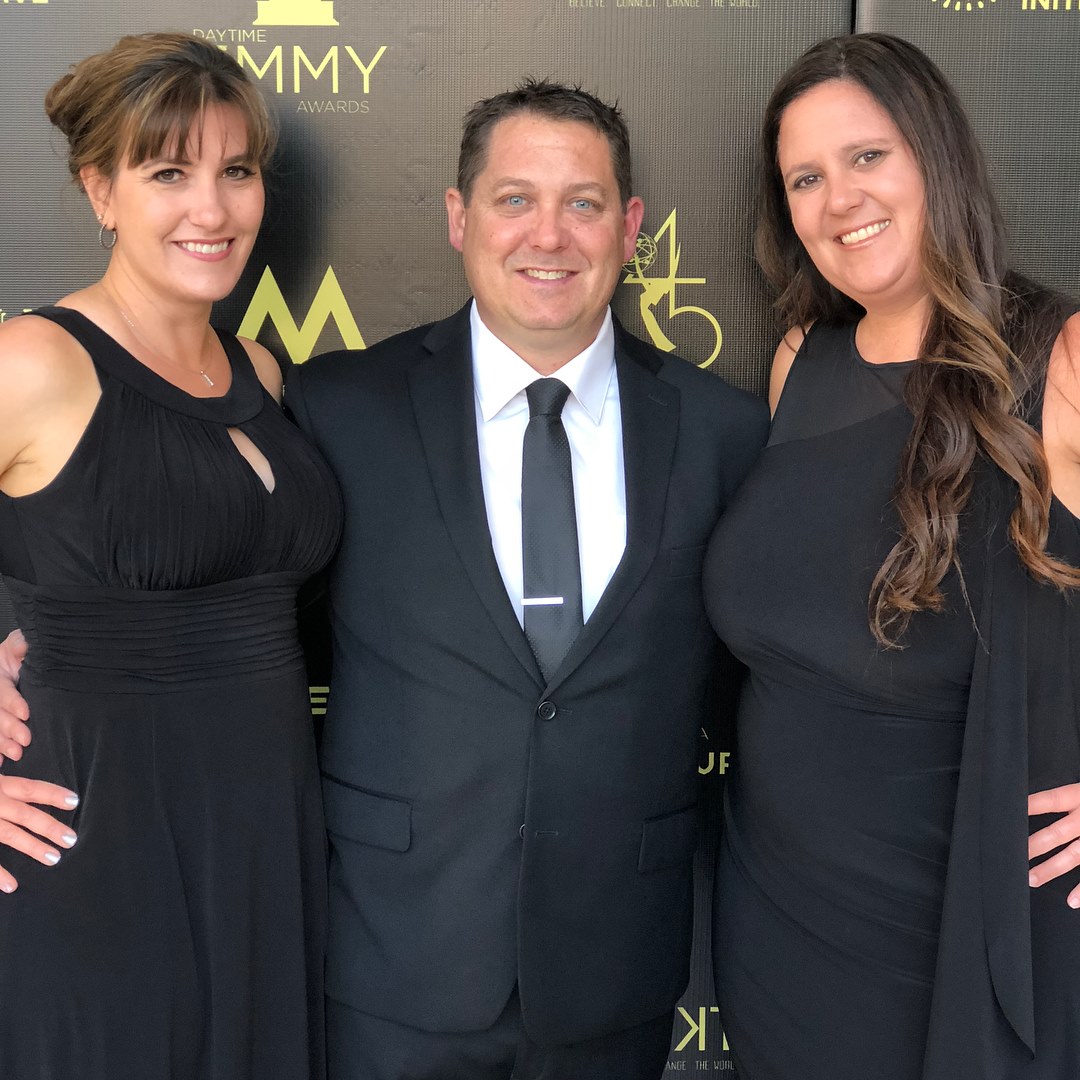 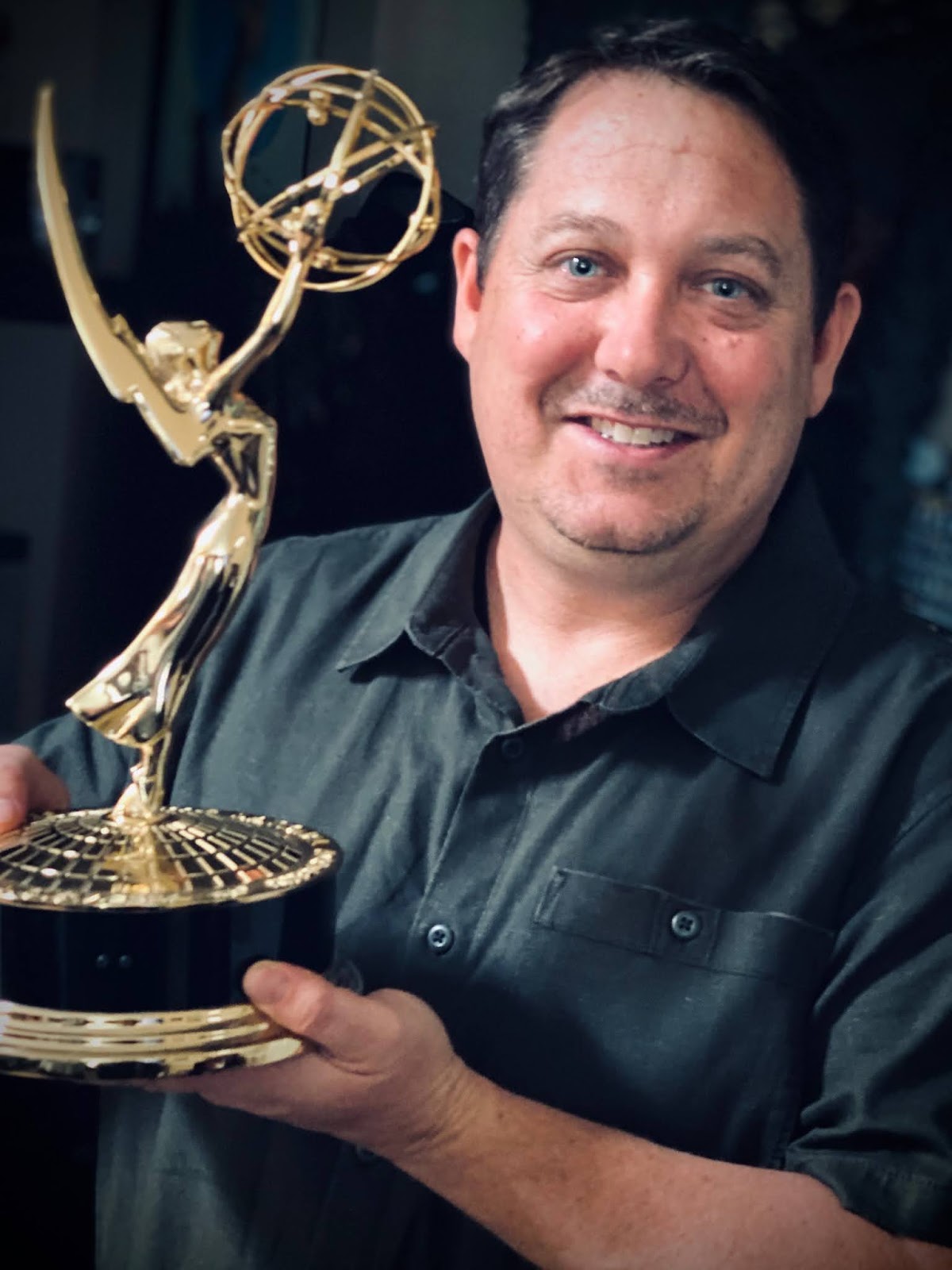 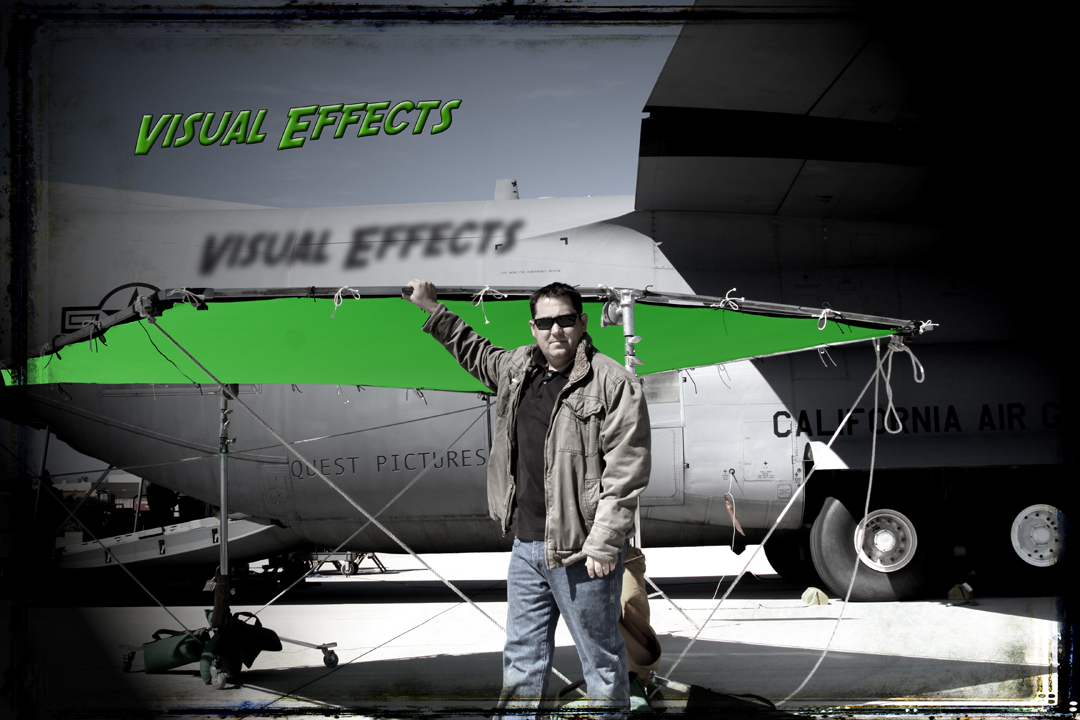 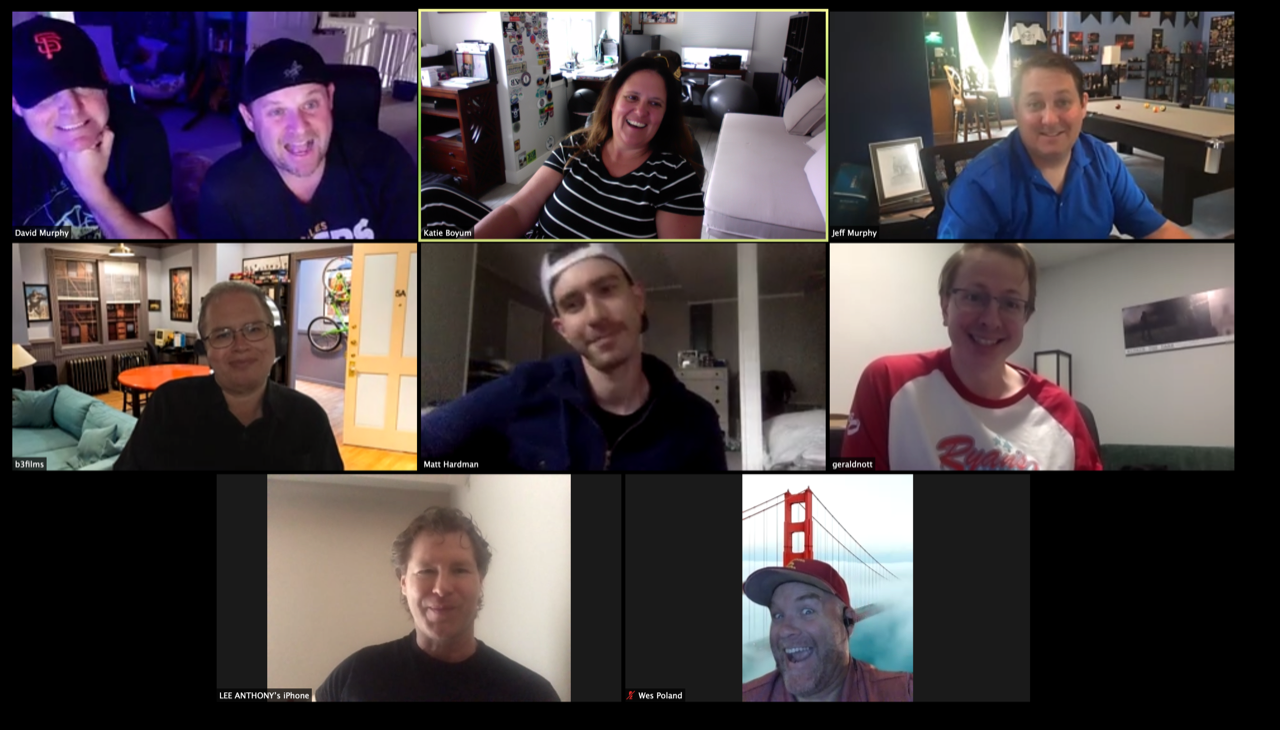