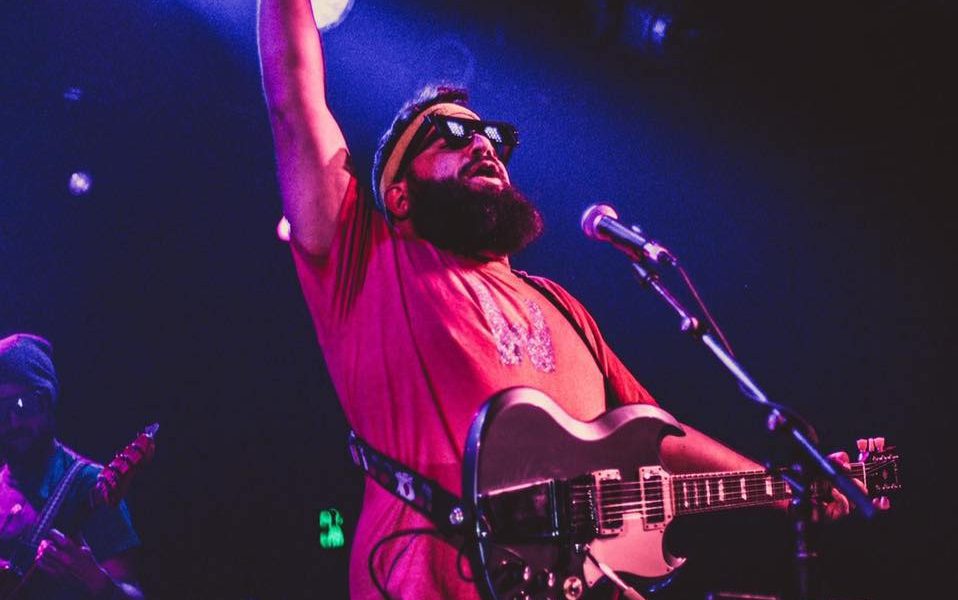 Today we’d like to introduce you to Jeff Miller.

Jeff, can you briefly walk us through your story – how you started and how you got to where you are today.
I’m a lifelong Angeleno, born and raised in the San Fernando Valley, and have always been a hardcore fan of both music and our city: my parents took me to see Bruce Springsteen and Michael Jackson in the same week when I was five years old at Dodger Stadium and The Colosseum, and I often joke that the rest of my life has been an attempt to top that week. I went to college in upstate NY — go Bombers! — and when I got back to LA briefly worked at Interscope before I began writing about music.

I got a couple of amazingly lucky breaks: I took a class with a writer at Variety, who got me my first paying gig; I was in line at a show at Spaceland while I overheard now-buzzbands.la editor Kevin Bronson talking about his job at the LA Times, and soon I had my byline there as well. Throughout my early career, I also was DJing Bar Mitzvahs and weddings with an amazing company called Feet First Eventertainment that’s still around and deserves a major shout; I was also the karaoke MC for a stretch at the now-defunct Lava Lounge in Hollywood, so if you were palling around La Brea in the early oughts, we probably dueted on “Summer Nights” together.

I ended up having an incredible freelance writing career: in addition to spending just about every night reviewing shows from everyone from Britney Spears to Wilco, I had unbelievable experiences. I went to South Africa for the Times and wrote about Hugh Masakela playing a show in a park for warring gangs. I interviewed Samuel L. Jackson for Maxim before his stint in Star Wars. I met idols and saw a ton of shows. But I was burning out in 2007 when I took a meeting in NY at a fledgling startup called Thrillist, which was looking to expand their coverage of food, travel, and culture to LA.

When I walked into the meeting, I wasn’t looking for a full-time job; when I walked out I would have been very disappointed if they had hired anyone other than me. A week later, I had the gig: I was the founding editor of Thrillist LA, employee number 7 at a small startup with a party-hard-work-hard culture but a satellite-office freedom that was exactly what I was looking for and didn’t even realize. My initial plan was to work there for a year to build up a contact list and go back to freelancing, but after year one it was clear that was ridiculous; I spent ten years full time at Thrillist, which meant I was right in the heart of LA’s dining scene going from national joke to among the most revered in the country and got to have amazing experiences and meet incredible people all over the city and beyond.

I loved my job at Thrillist and have so much pride in what the company became while I was there and the opportunities it opened up for me, including some screen time on shows like Top Chef and Private Chefs of Beverly Hills. When my friend Jason Kessler asked if I wanted to develop a show with him based on our careers as food and travel journalists, I said sure — and four years later, right at the time that Thrillist was going through a pivot, that show, Trip Testers, started airing on the Travel Channel.

The timing couldn’t have been more perfect: I continued (and still continue) writing for Thrillist as a freelancer, but I was free to pursue TV; Jason and I travelled all over the US for Trip Testers and its spinoff Cooking Channel show Trip Tasters. Though the show didn’t get picked up, it opened me up to doing TV and I’ve guested on various shows and also done promo appearances and hosted events, as well as continued working as a consultant for various brands and publications; I’m also an investor in PBJ.LA at Grand Central Market and am involved in a few other food-related businesses, and through it all I have also continued freelance writing — I have recently contributed to Billboard, Variety, American Way, and others along with Thrillist, and am always up for telling a great story or getting involved with an exciting project.

Through all of this, though, I was continuing my first passion, playing music, and about nine years ago I started my band Black Crystal Wolf Kids — the world’s first indie-rock tribute band. It’s my favorite thing in the world to do, and we’ve been putting a ton of time into growing the band; last year we played the KROQ Coachella House, headlined the LA Beer Fest, and are going to play Pappy and Harriet’s for our third annual NYE show there; and this year we’ve got a monthly residency for 2020 starting January 3 at the Hi-Hat. We’re super-duper fun and play hits from bands like the Killers and Florence and the Machine with an eye towards audience interaction and over-the-top spectacle; it’s been amazing getting to grow the band and really get out there in the world with it.

I’ve also recently recommitted to myself: after a friend had a heart attack and almost died a couple of years ago I realized that the life I was living day-to-day wasn’t sustainable, and I wanted to prove that I could lose some weight while still keeping myself in the food world. I’m proud to say that I’ve lost 75lbs in the past year eating deliciously; I’ve had a lot of help through that process from coaches and friends and I’m super-lucky to have a support system that’s been amazing.

Also, in case all that wasn’t enough, this year I’ve decided to run for LLS Man/Woman of the Year — essentially a ten-week long fundraiser for cancer research with the Leukemia and Lymphoma society. In the past, three and a half years both my mother and grandmother passed away from cancer and I’ve been trying to figure out how to honor them best; I’m hoping that I can raise a lot of money in their honor and save some lives in the process.

Overall, has it been relatively smooth? If not, what were some of the struggles along the way?
There’s no question that the freelance life involves hustling, and I’m so lucky that I had a family that was super supportive, especially in those early years. My dad worked as a freelance TV director while I was growing up and my mom ran a successful headhunter business from home, so I had examples of that entrepreneurial lifestyle from the very beginning; I think a lot of the things that make that life tough for people early on were just built into my idea of what work was.

One of the biggest frustrations at Thrillist was working with a New York office who didn’t always understand LA. Arguing with them about things that were important on the West Coast that weren’t necessarily important in NY was often a struggle, but as I established myself more and more thankfully they often came around. And as far as TV is concerned, one of the biggest things I’ve learned is you never know what’s going to happen: our show was literally DOA a year before it was on air, and things in that world can change extraordinarily quickly.

I was also involved in a restaurant business that went under less than a year after it opened. Had you asked me when I got involved with them I would have told you that it was as close to a sure thing as can happen in that world; instead, I learned that nothing — at all — is ever a sure thing.

Can you give our readers some background on your music?
When I started Black Crystal Wolf Kids almost a decade ago, after years of playing original songs with bands all over LA, it was a response to the seriousness of the LA scene: I was always the guy upfront on the Eastside with my fist in the air singing along, and I wanted to spread that joy by playing a bunch of my favorite bands’ favorite songs. Fast forward until now and we’ve been called one of the best cover bands in LA by CBS and “like all of Coachella in one band” from LA Weekly; we’ve been featured in Forbes and Flaunt; we’ve been on bills with Billie Eilish and The 1975 and had members of fun., Cage The Elephant, Lord Huron, and more onstage with us, and still, we’re one of the only bands in the world paying tribute to indie rock (or whatever that means these days: we play songs by MGMT and Lizzo and Arcade Fire with equal gusto.)

Our goal is to get every person in the audience singing along to songs that when they walked in they were too precious about to even think about singing along to. Watching people jumping up and down, smiling, and partying with their friends at every show means that we’ve achieved that.

And: the LLS Man/Woman of the Year Campaign starts April 5. I’m trying to build out a network of people interested in helping with auction items, fundraisers, and more. If you’re interested in raising money for cancer research in a fun way or have something great to contribute, please get in touch!

Any shoutouts? Who else deserves credit in this story – who has played a meaningful role?
First off, I have to thank my family: my parents let me move back in after college and start my freelance career working from their house in the valley, and without that, I’m not sure if my start would have been so smooth.

When I started my writing career, I was helped along immensely by a crew led by David Hochman, who’s now known as The Freelance Whisperer. He used to teach classes for MediaBistro and now runs a writers’ group called UPod, and has been a mentor to me and hundreds if not thousands of other successful freelancers in SoCal and beyond. Everyone who’s ever taken a pitch from me, helped me with my copy, or edited a story: thank you. It always looks like one person’s work when really there’re always a ton of people taking it from thought to page (or screen).

I’d also be remiss to not mention my bandmates: Gregg Levinson, Marc Gasway, Mark Pedante, and Valerie Taylor. They’ve all been open to insane ideas constantly, and their willingness to take the jump with me is incredible. 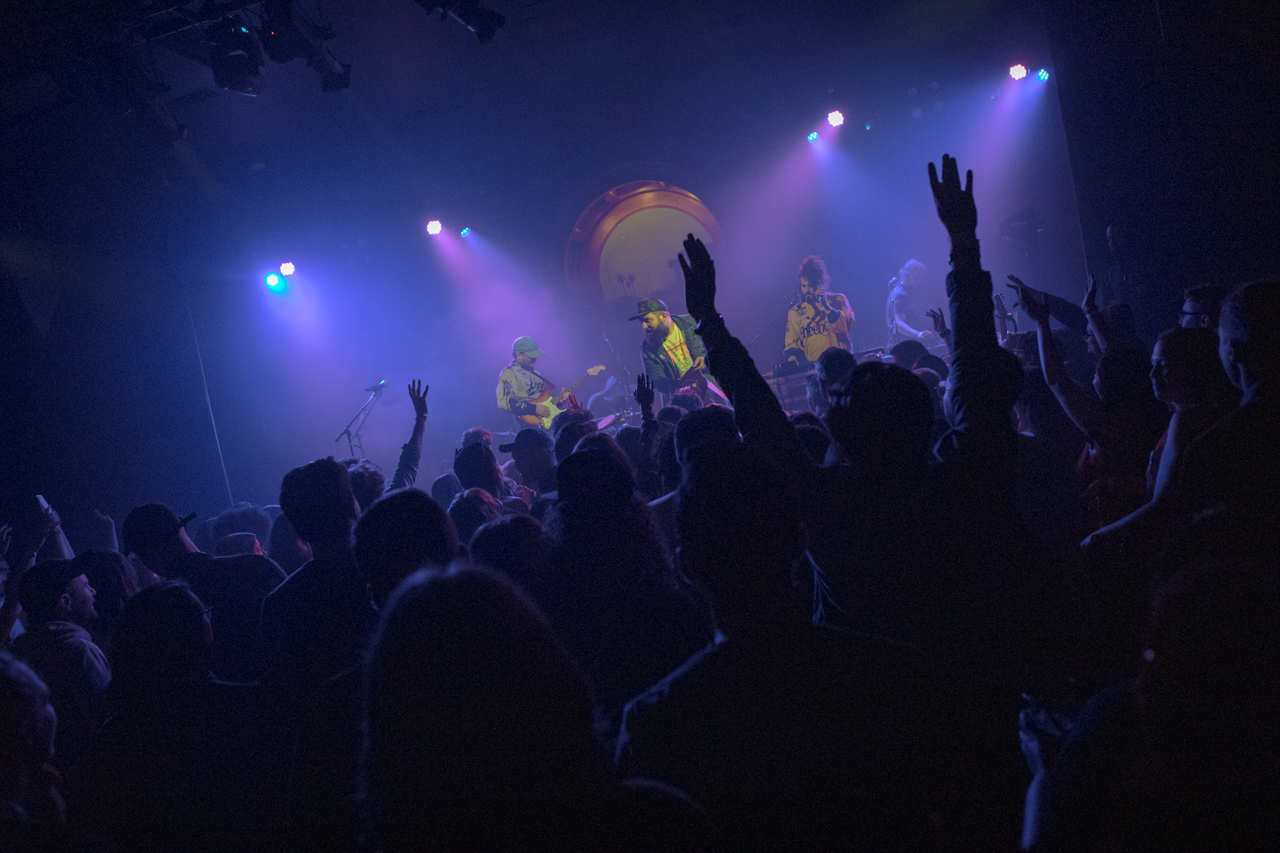 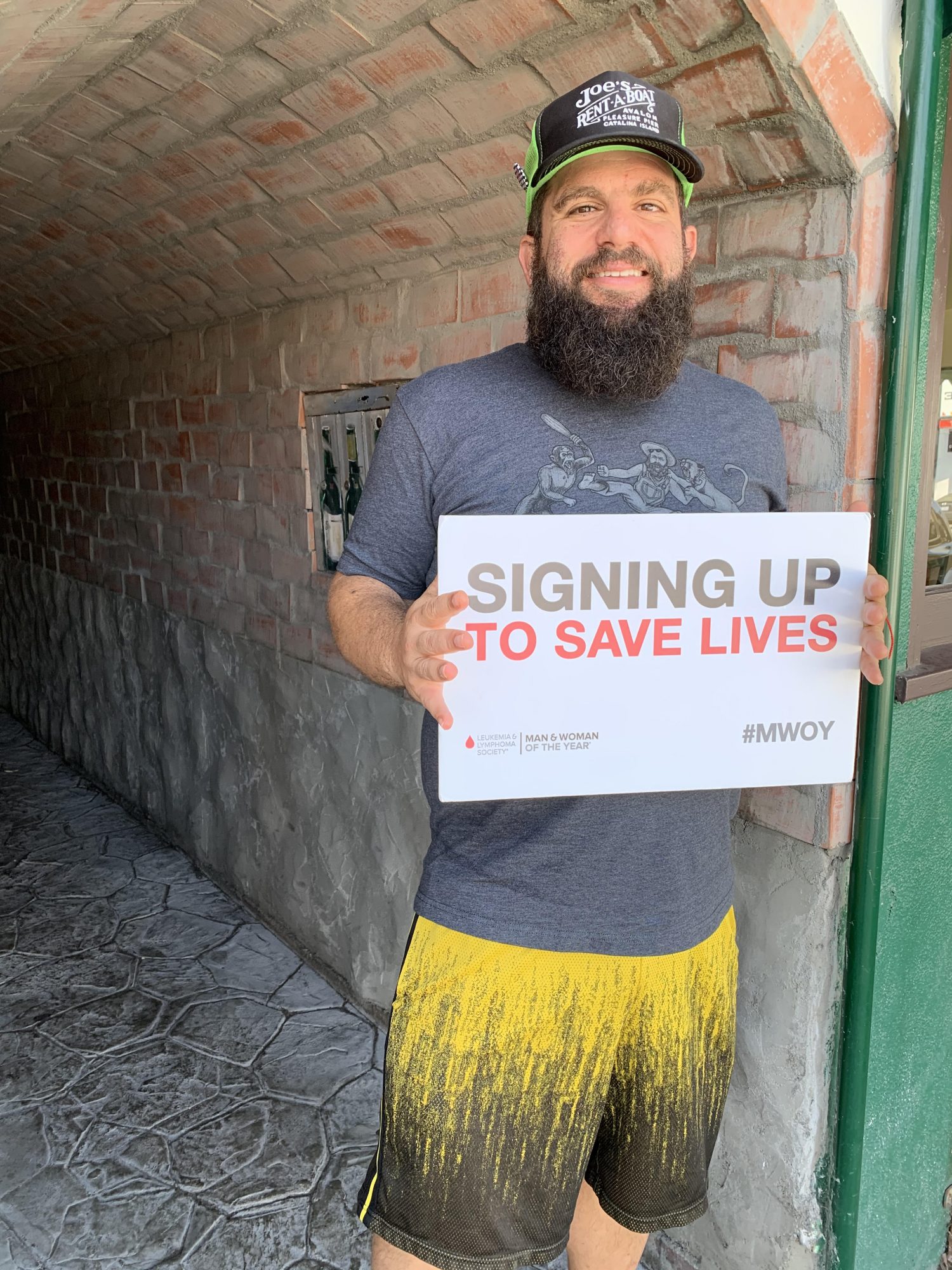 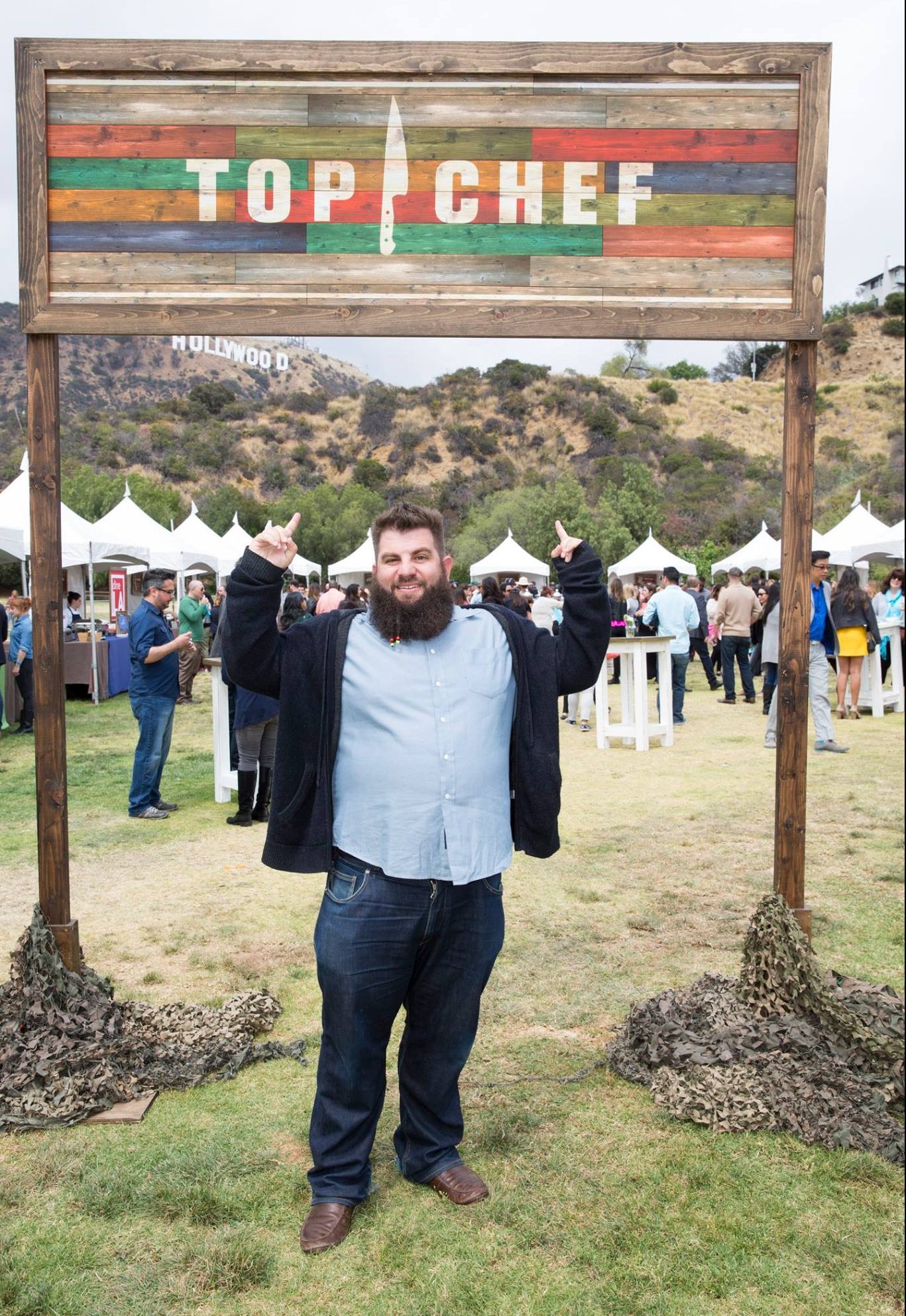 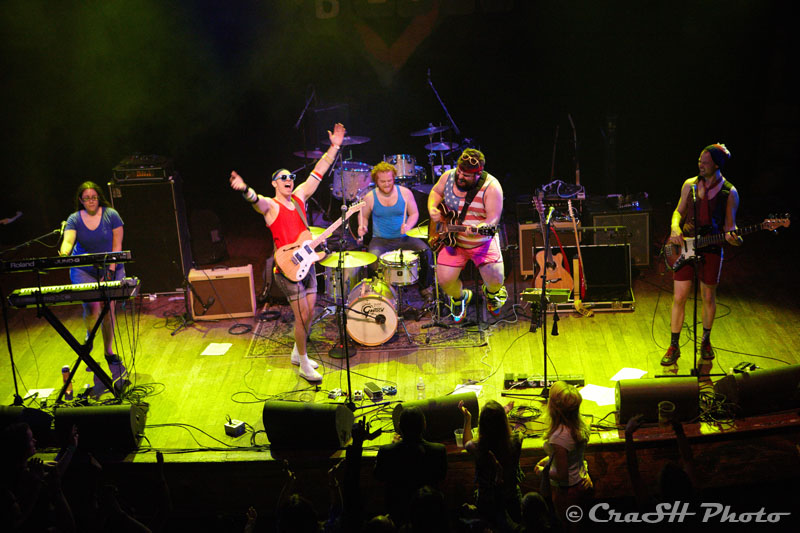 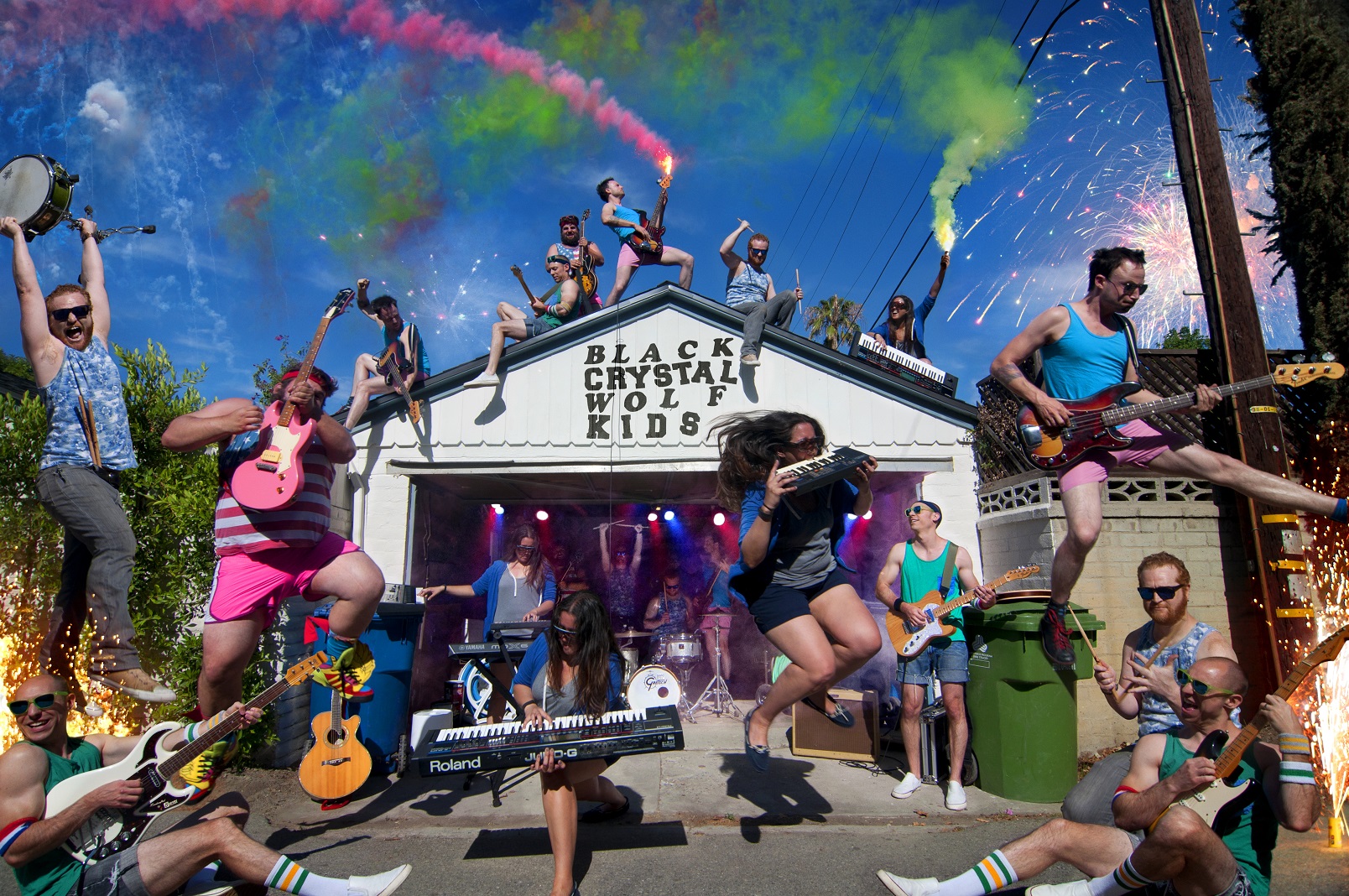 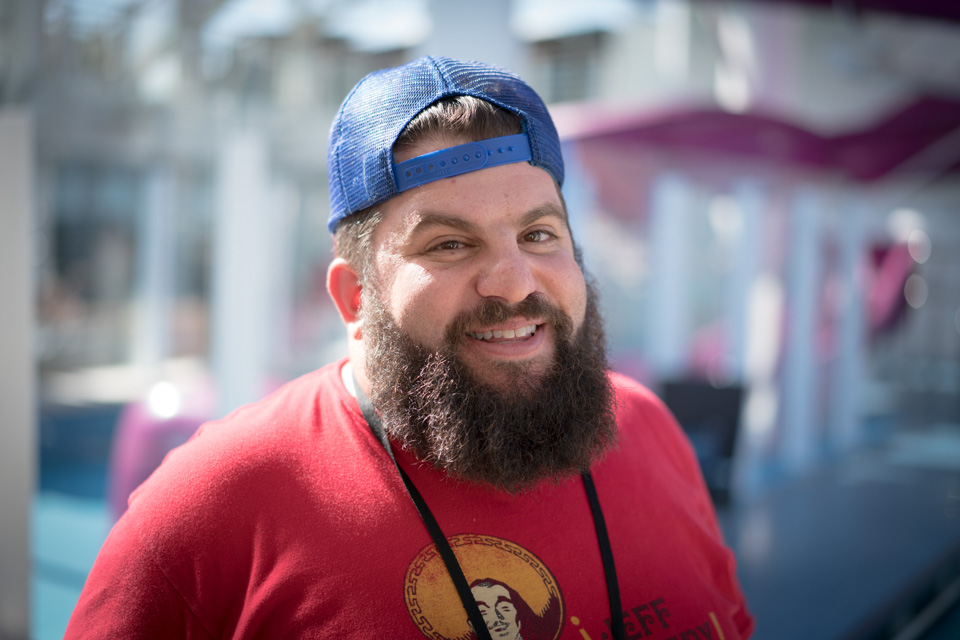