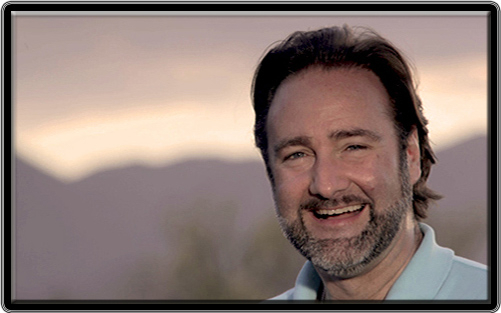 Today we’d like to introduce you to Jeff Harman.

Jeff, please share your story with us. How did you get to where you are today?
In northern Wisconsin, almost forty-three years ago, my mother would tell me things about my girlfriends and other areas of my life connected to health and my trials and tribulations of my late teen years. She did this with amazing accuracy, and I asked her how. She showed me astrological of my girlfriends and myself. I was very skeptical at first, but as she explained how she was analyzing the charts, I felt the results were way above chance, and my skepticism morphed into interest in learning the subject, which she eagerly began to teach me.

As the years passed, I became enamored with the various types of astrology that ancient astrologers used for emperors, kings, and generals, as well as many other people in daily life. I studied Classical or Traditional Astrology, Jyotisha and Nadi (Vedic) Astrology, and Kaballistic Astrology. My beautiful mother passed in 1988, and I inherited her library. I feel her presence even today, as I help people, as she always loved helping people through astrology and her work as a nurse. I have since assiduously studied many ancient texts and techniques, and I still continue to learn as more texts are translated. I have had further the blessing of applying these techniques in the modern world of business and in people’s personal lives.

All the while I had concurrent careers in the 80’s and 90’s in entertainment production, forensics, and acoustic and electronic design. All during this time, I was able to astrologically study many of my peers as well as do readings and electional astrology (choosing auspicious timing) for many people. In 1997 I moved into a 17-year astrological cycle called a Mercury Dasha, which catapulted me into full-time work as a professional astrologer, which allowed me to work with many business people, bankers, entertainers, politicians, celebrities, and everyday people who needed additional data to make sense of their predicaments and life choices.

Has it been a smooth road?
I have always been involved with science, technology, music, film and entertainment. I even taught continuing education units at a college and taught classes on acoustics, psycho-acoustics, music production, and recording equipment. The dichotomy of having one foot in the linear, left-brain, scientific world and the other in the deep mysteries of complex ancient practices which are intertwined with the mysteries of spirituality, religious history, mysteries of Vedantic, Kabbalistic, Egyptian, and Chaldean astrology, and its direct correlation to psychology, parapsychology and everyday life on Earth has always been a struggle and somewhat of a problem for me around various groups. If I’m speaking to a group such as IONS (the Institute of Noetic Science) or another spiritual group, they get it and believe it works. However, many astronomers and hard scientists will exhibit skepticism and mockery to these subjects.

I have had the great pleasure and blessing to have worked with many diverse people such as Saint Teresa of Calcutta (Mother Teresa) and George Carlin. I can’t think of two people who were more on the opposite ends of the societal spectrum. And yet, ironically, both railed against many of the same injustices and hypocrisies in the world.

Over the years I have done many national and international radio shows. I can tell sometimes that the radio host is very skeptical of astrology, yet may have me on year after year because what I report the astrology is saying usually comes true. For example, I almost had a host hang up on me when I said Donald Trump was going to be President before he ever won the primary and Hillary Clinton would win the democratic primary, but would not win the Presidency. Often astrology is ridiculed and mocked as “predicting the future,” but it is usually correct. As Gandhi once said, allegedly, “God created Earth so that everyone would have a chance to exercise their own free will.” From my viewpoint, there is a lot of free will going on here on Earth.

Also, because I do more than astrology (I do a lot of spiritual counseling and clearing of people and places), the work has been trying physically, and sometimes is dangerous.

So, as you know, we’re impressed with Conjunction – tell our readers more, for example what you’re most proud of as a company and what sets you apart from others.
I chose the name because it is an astrological term for two planets coming together to co-mix their energies. My wife Camille is my office manager. She is wonderful with people and helps me with the logistics of the business.

The biggest change in my work has been the power of the internet. In the 80’s and 90’s people used to walk out of my office with a binder of documents and a cassette tape.

Today, I don’t see clients in the office anymore, however, I have clients all over the world or around the corner who simply click on a code I e-mail to them, and they participate and view the entire session as a movie on their computer or smart phone screen in the comfort of their home or office. Also, most computers, especially the Mac, allow for screen recording, which is literally the opportunity to make a movie of the session, complete with audio of the reading, and the client gets to be the main character. Also, I e-mail MP3 audio files and can mail documents as well.

I enjoy doing what I do, because so many people have later told me it gave them insight and direction in their personal lives or in their business. Unlike psychology and psychiatry, two subjects I greatly respect, the ancient methods that I use, which include astrology, offer the unique ability to view cycles, karmic influences, and forces acting upon the conscious mind and soul of an individual from a different viewpoint. In fact, I have many clients who are psychologists and psychiatrists looking for answers and direction with their issues.

What distinguishes my work as a spiritual consultant and astrologer is my integration of ancient spiritual truths combined with the support of the sacred, ancient astrology practices. Also, I am able to prescribe certain spiritual remedies and powerful gemstone remedies that do help people. I use Vedic and Classical Astrology, and I ascribe to the ancient rulerships of the planets and signs, not the Modern Astrology rulerships. Many Modern Astrologers have frankly not studied the ancient techniques that I have studied.

I have studied with many teachers who have now passed on. They taught me things I could not learn in books. Finally, unlike a psychic, astrology is data based. There are no beings communicating through me.

I offer many services beyond a basic reading. Astro-Location Astrology is a way of examining place, and reveals a person’s best places to live on the globe. This is useful, for instance, when a person is traveling or deciding where to go to college. Interrogation Astrology is the ancient art of answering a specific question. This is useful when a person wants to make a decision or get information about a specific issue or about someone whose astrological data is not known. Electional Astrology is the art of selecting a good astrological time and date to initiate some important process or event. I use this to work with clients who are scheduling legal proceedings, weddings, surgery, business openings, corporate filings, large purchases or lease signings or travel.

I am most proud of my work when someone calls me weeks or years later to tell me that the work I did for them gave them hope and direction in their life or business. I have helped people who were suicidal, who were possessed, who were in dire legal or financial situations. I have also worked with forensic astrology to help crime victims or people involved with law enforcement to get alternative insight into a crime or unsolved mystery.

Let’s touch on your thoughts about our city – what do you like the most and least?
Los Angeles has always been referred to as not only the “City of Angels” but also the “City of Geniuses,” and I love the diversity of industry that is here in Los Angeles. I love the weather, and we’re because we’re close to Topanga Canyon and Malibu, I love the mountains and the ocean.

Of course, I least like the traffic! But, being an astrologer, I get to work from home and don’t have to drive in peak hours. However, I’m also a filmmaker in the production world, and sometimes I do have to contend with the traffic.

My wife and son are actors and enjoy the opportunities available in the Entertainment Capital of the World.