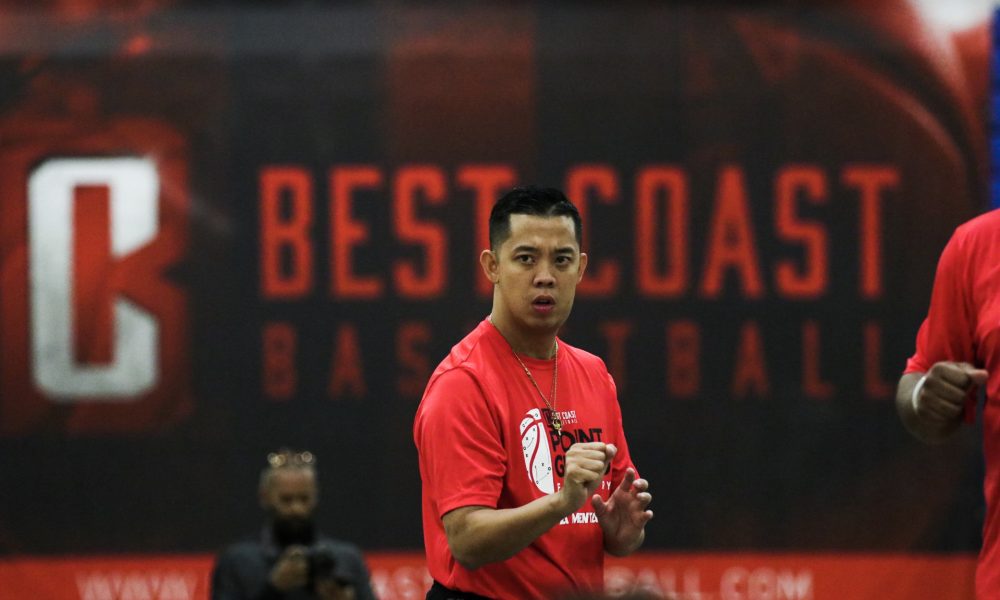 Today we’d like to introduce you to Jeff Dosado.

Jeff, can you briefly walk us through your story – how you started and how you got to where you are today.
I am a basketball lifer. I speak three languages [English, French & Tagalog] and I was born and raised in Montreal, Quebec Canada. Like I’m sure every Canadian does, I grew up playing hockey. I started playing organized basketball in the 7th grade.

I attended Loyola High School in Montreal, then moved onto play at Dawson, a Prep school also in Montreal. Only until my final year at Dawson did I start getting actively recruited. I ended up accepting a full-scholarship to American International College (AIC) in Springfield, MA. I Captained our squad my Junior & Senior years, finished top-10 in career assists & 3-pointers made at AIC, was awarded First-Team Conference All-Academic and was a nominee and one of 6 DII finalists for the Bob Cousy Collegiate Point Guard of the Year Award, an award that honors the nation’s top collegiate Point Guard across all NCAA levels.

After my playing career, I, to no surprise, quickly got into coaching. I moved back to Montreal and coached at Brookwood, a local club team, then moved onto both the Prep School & AAU ranks at Vanier College and Brookwood Elite [now an Adidas Gauntlet program]. After two years of being in Montreal, I had the opportunity to return to my Alma Mater, but this time as a college coach, first as a Graduate Assistant then into the Lead Assistant role.

After three years of Coaching at the college level, in 2013 I decided to step away from the game and landed a job as a Business Development Associate position with the Canadian Government at their Boston, MA office. In February 2014, within nine months, I transferred to their office in Dallas, TX in the same role.

That’s when basketball snuck back into my life again. I developed strong relationships with Five-Star Basketball having worked many of their events in the Northeast, and they coincidentally happened to have an event a few months after I moved to Dallas. Once the camp ended, two parents approached me with interest in training their sons. After a month, two kids turned to 10, and a month later turned to 20, to eventually training some of the DFW’s top young talent. While still maintaining my Business Development job, my training business almost happened naturally [and organically] after having only lived in the area for six months.

After doing some research, I had found out that John Lucas was based in Houston, so to continue to connect with the local basketball scene in Texas, I reached out to his staff to potentially work at one of his upcoming events. No answer; no response whatsoever. After a month of voicemail messages and emails, I finally get someone on the phone. They were intrigued by my experience and our conversation and was able to showcase my ability. I impressed Coach Lucas enough to be invited to join his staff at his well renowned International Middle School Combine (IMSC) on May 2015.

The IMSC is an invitation-only 7th-8th grade camp consistent of some of the world’s best talent. That year was loaded! Cole Anthony, Scottie Lewis, Isaiah Mobley…etc. the list goes on! About mid-way through the camp, a gentleman approaches me, tells me about his son and we have a very pleasant but brief conversation. We briefly exchange information, and we parted ways. A few days later, I get a follow-up call and after a few conversations later, we make arrangements for me to fly in July of 2015 out to Los Angeles to work with him and his youth basketball program. The experience is great; we get to know one another while discussing the possibility of potentially partnering together a couple of years down the line. Had a great time, built a valuable relationship….life is good!

In November 2015, he calls me again, says he wants to move forward with our business partnership…flies me back to Los Angeles in December…close the deal…and in February 2016, I moved from Dallas, TX to become a Los Angeles resident!

Over the years, I’ve been fortunate to have instructed & coached at some of the country’s top camps [Five-Star, Hoop Group, John Lucas, Chris Paul]. To date, I have and continue to train, coach & mentor some of the nation’s top talent at all levels, nationally & internationally, ranging from grassroots, high school, college, and to overseas, WNBA & NBA professionals.

Great, so let’s dig a little deeper into the story – has it been an easy path overall and if not, what were the challenges you’ve had to overcome?
When it comes to the actual basketball part of the business, comparatively speaking, that’s the easier part…and the fun part! The difficult part, where most of the obstacles and challenges are in being an entrepreneur and building a business.

Especially in the early stages, like most entrepreneurs can attest, you have to wear multiple hats….sometimes ALL THE HATS! You have to create and track budgets, manage and consolidate the finances, negotiate contracts, develop and execute the marketing strategy, then run a series of training sessions in Dallas, then work an event in Vegas, then run a camp in Bermuda, then run a tournament in LA….and most importantly, all while trying to being the best Husband and Father I can be!

Being in a leadership position isn’t for everybody, and it’s been tough! Mistakes have been made, failures have happened, but that’s the price you have to pay to be successful.

Ultimately here are the major things that I’ve learned:
– You need a great team around you! You can’t do everything on your own!
– Manage your time and prioritizing accordingly. There is NOTHING more valuable than your time. Use it wisely and with people who deserve it.
– Saying the word “no.” Not as disrespect, but simply just recognizing the things you can and cannot do effectively

It’s been extremely hard at times, but I’m better for it…because like they say, “A smooth sea never made a skilled sailor.”

We pride ourselves on providing high-quality, first-class experiences by focusing on the details. Our camps boast some of the top trainers & coaches from across the country teaching all the little details and nuances that can make a significant impact on a player’s development and our tournaments are organized, on-time, competitive striving to provide the best environment & experience for all tournament participants and spectators.

We understand that our consumers have plenty of choices to choose from, so we seek to provide the best value-added possible.

What moment in your career do you look back most fondly on?
Great question! I guess I’d have to say my most recent experience with the Houston Rockets. John Lucas, Houston’s Assistant Coach and Head of Player Development, reached out to me this past summer to assist him & the coaching staff during their pre-season training camps in both Los Angeles & Las Vegas.

Although working with professional [players] isn’t something new to me, this was my first time being brought in by an NBA organization. The opportunity was extremely valuable getting to work directly with 2 MVPs, some of the top players in the league and alongside a tremendous Coaching Staff in an organization that’s clearly committed to bringing a Championship.

With that said, it was also a validating experience for me as I was able to confidently exhibit my own talent and ability to teach & coach the game and prove to everyone in that building that I belonged….but most importantly, I wanted to prove it to myself…and I thought I did that. 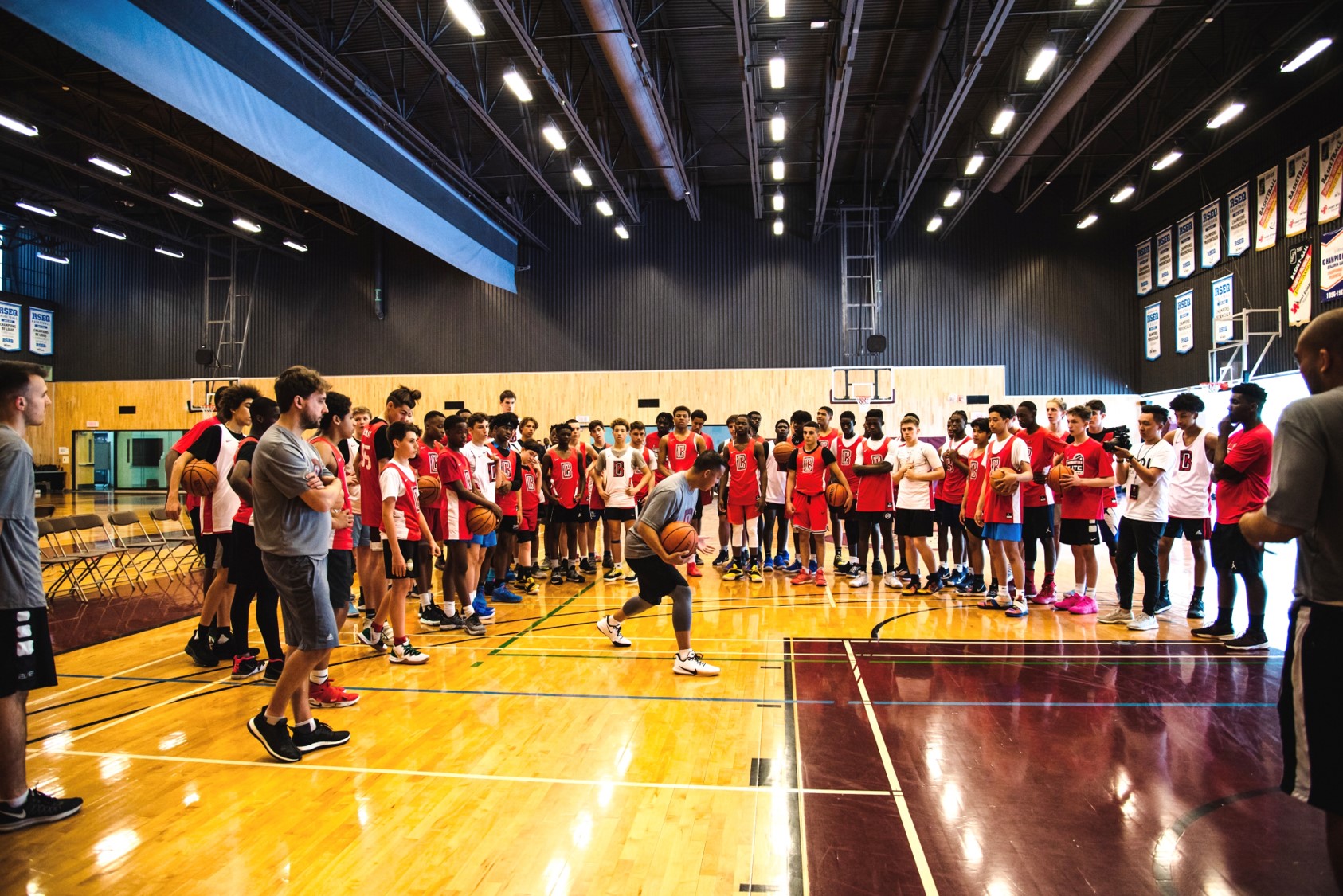 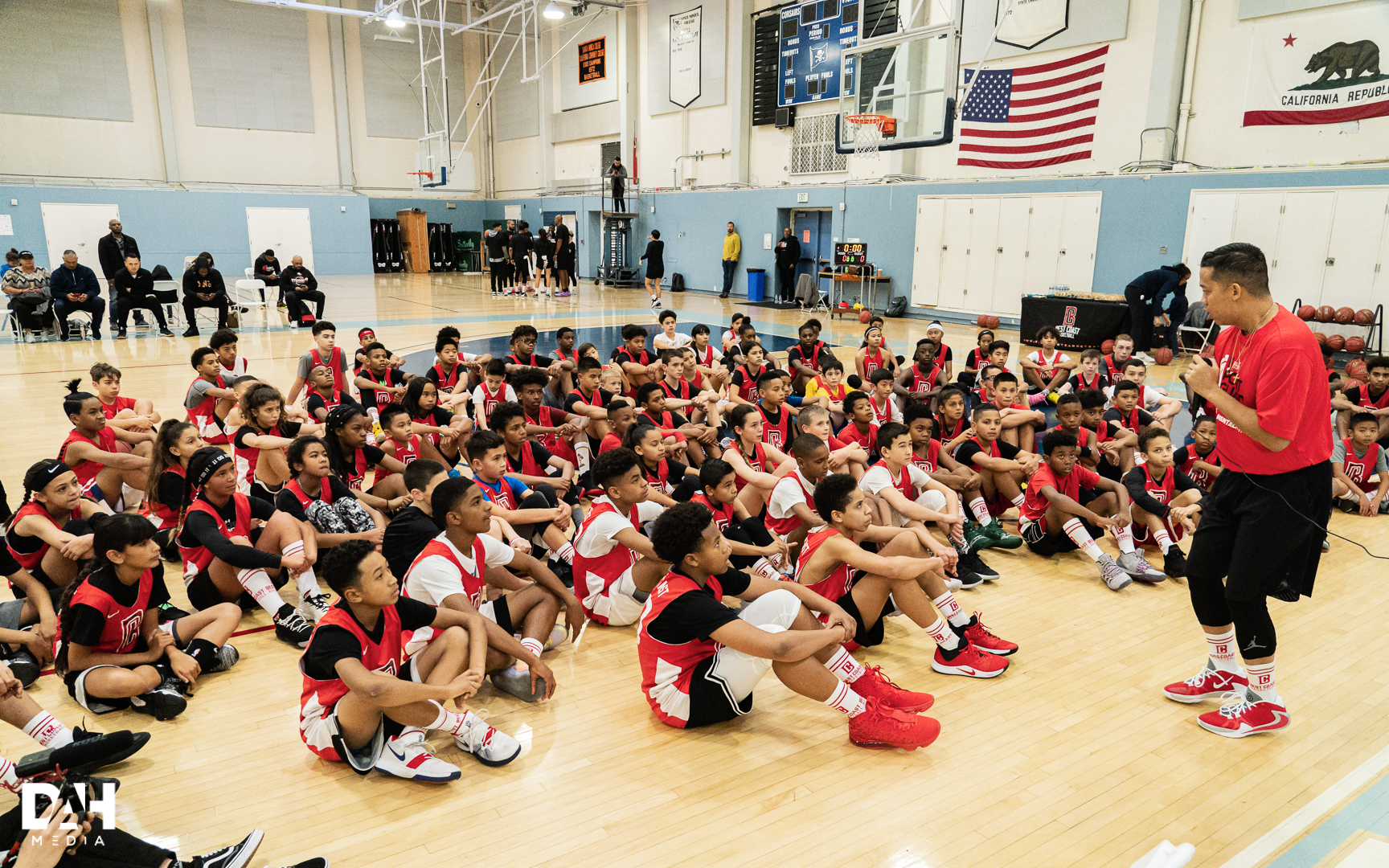 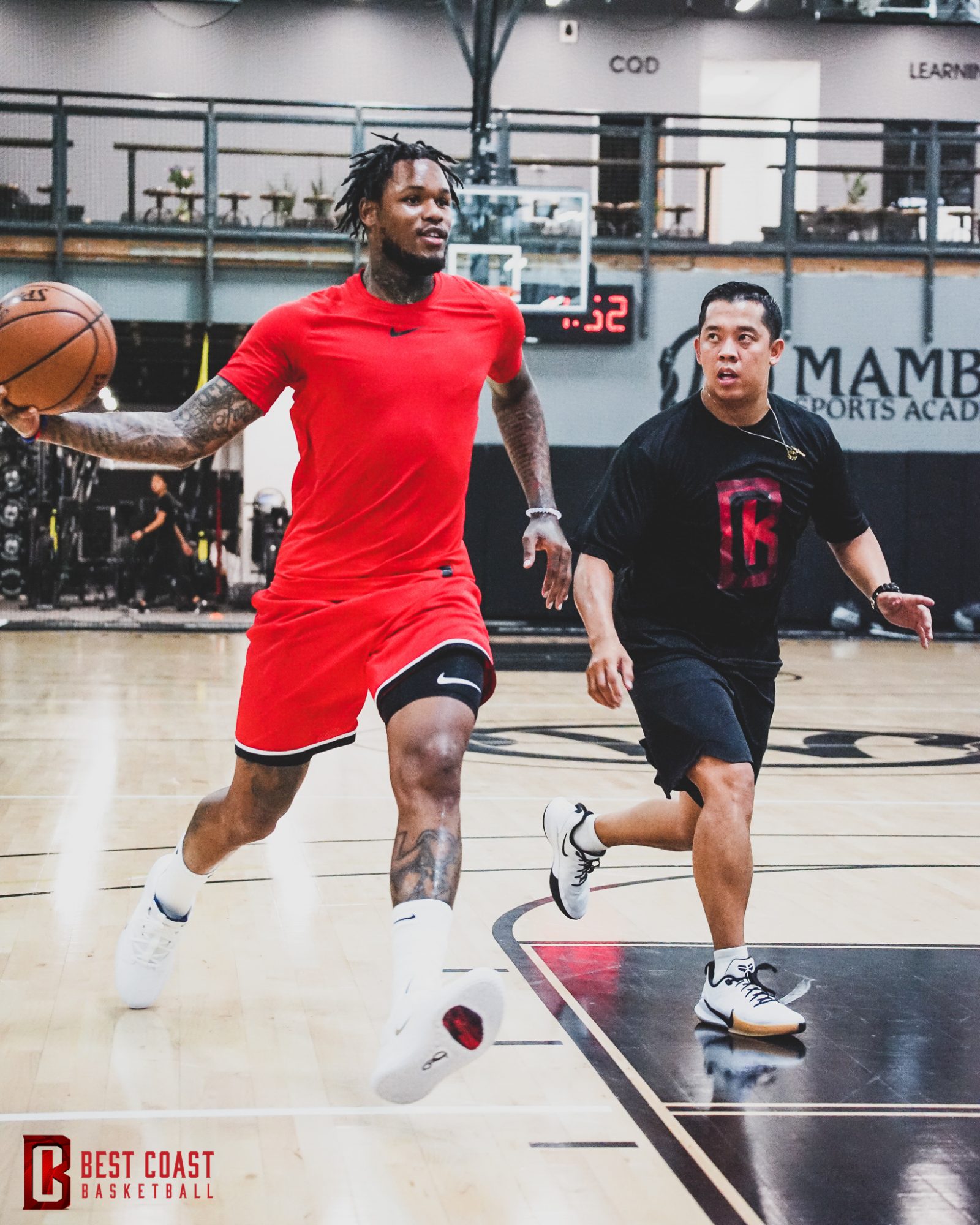 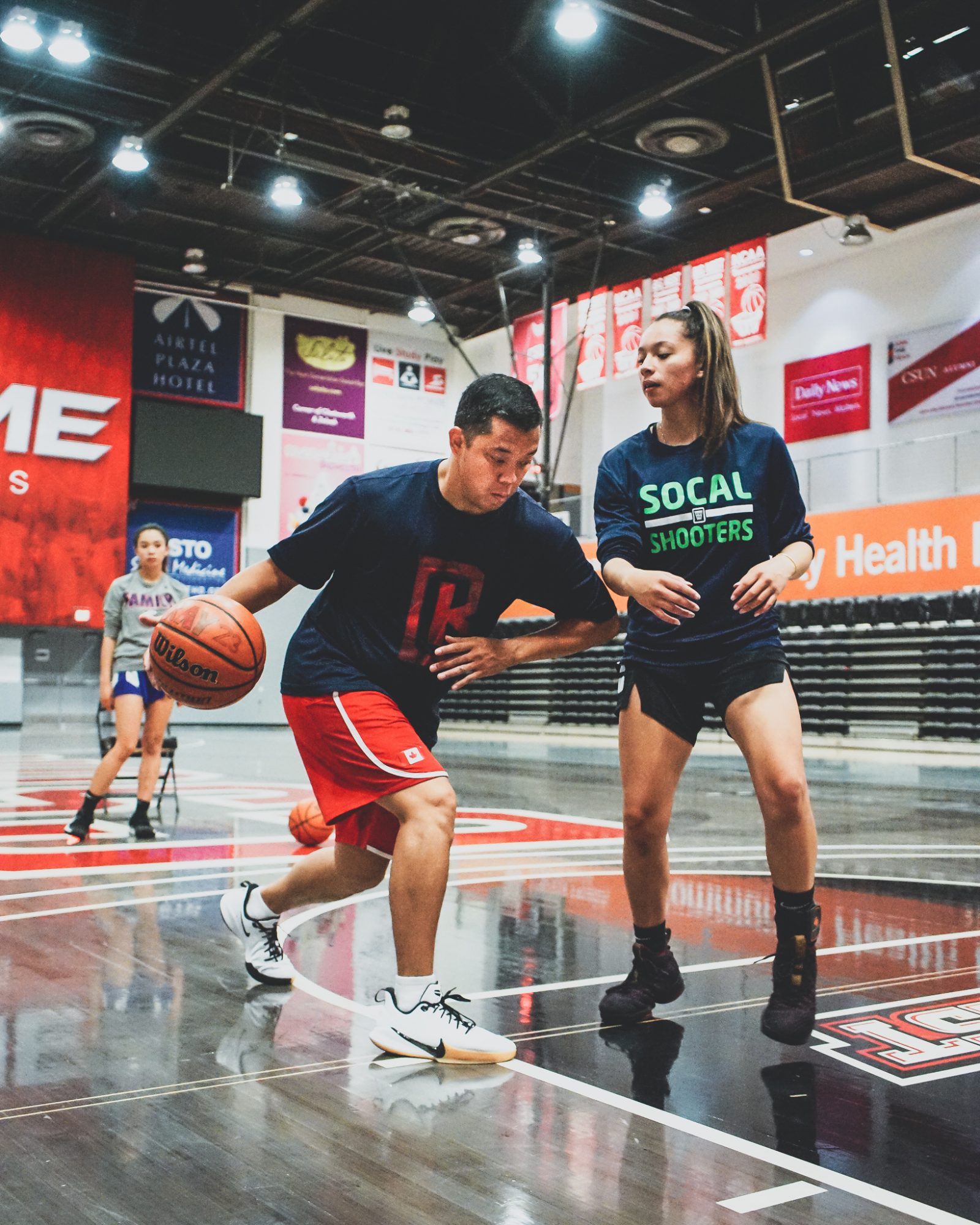 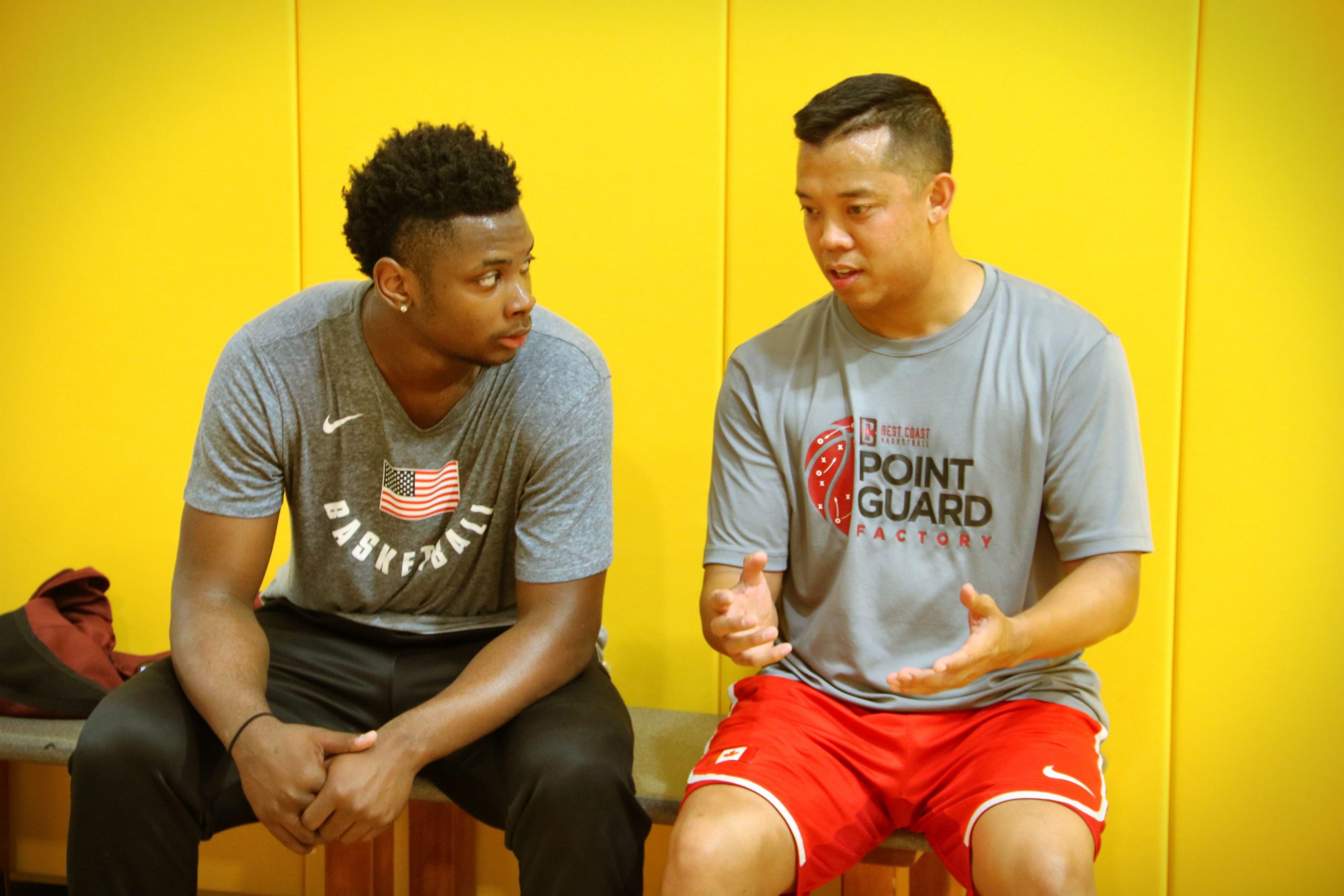 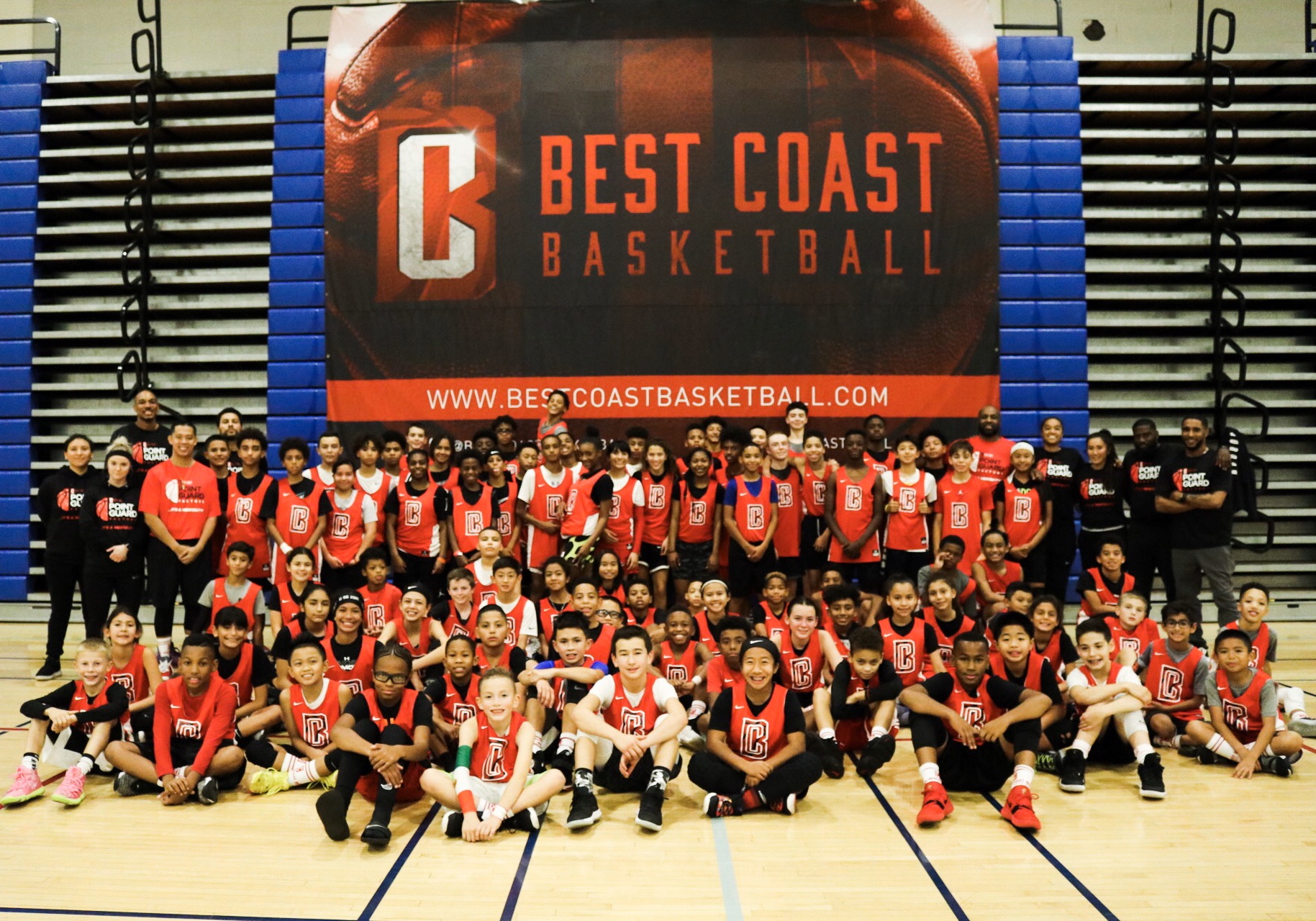 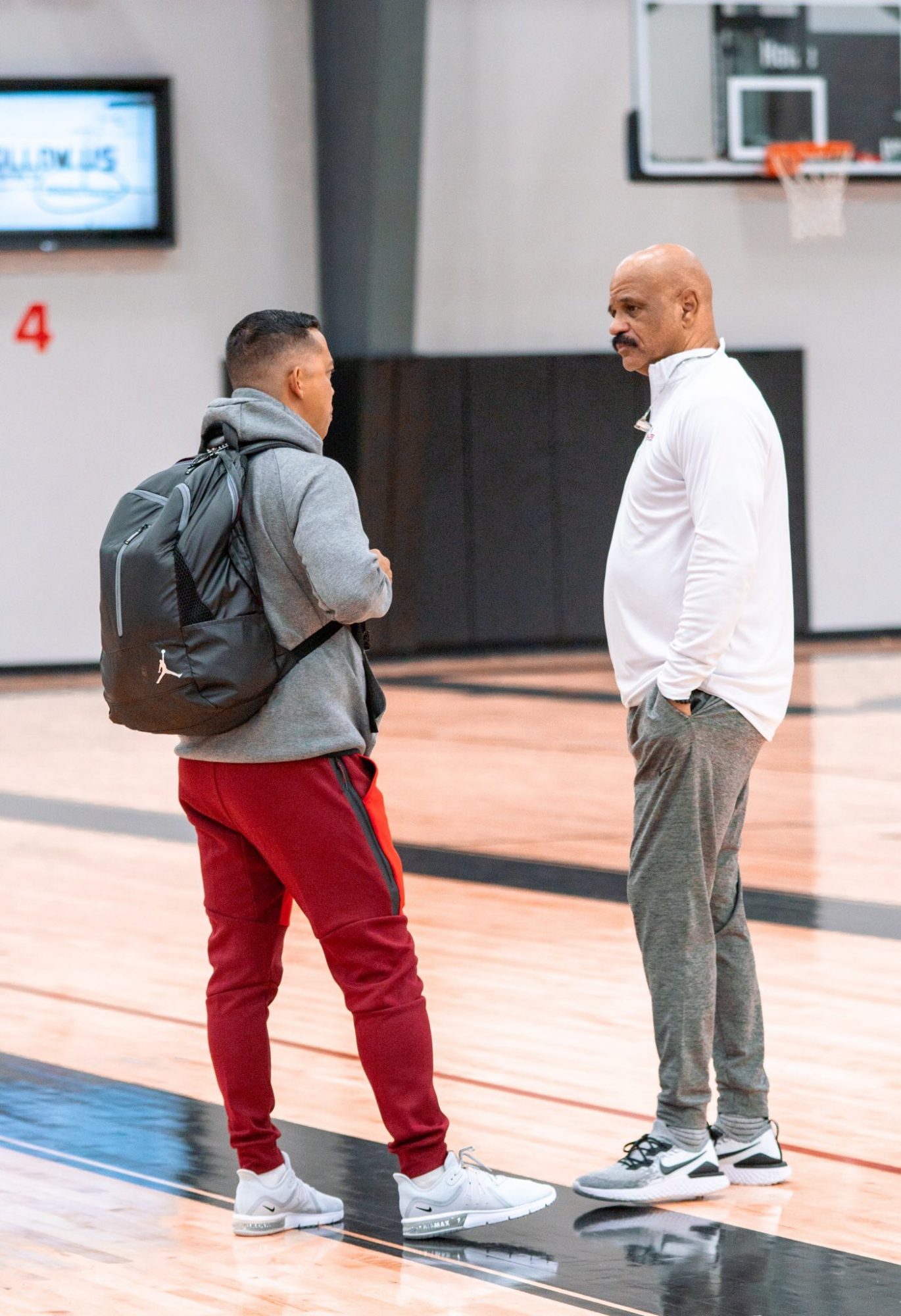 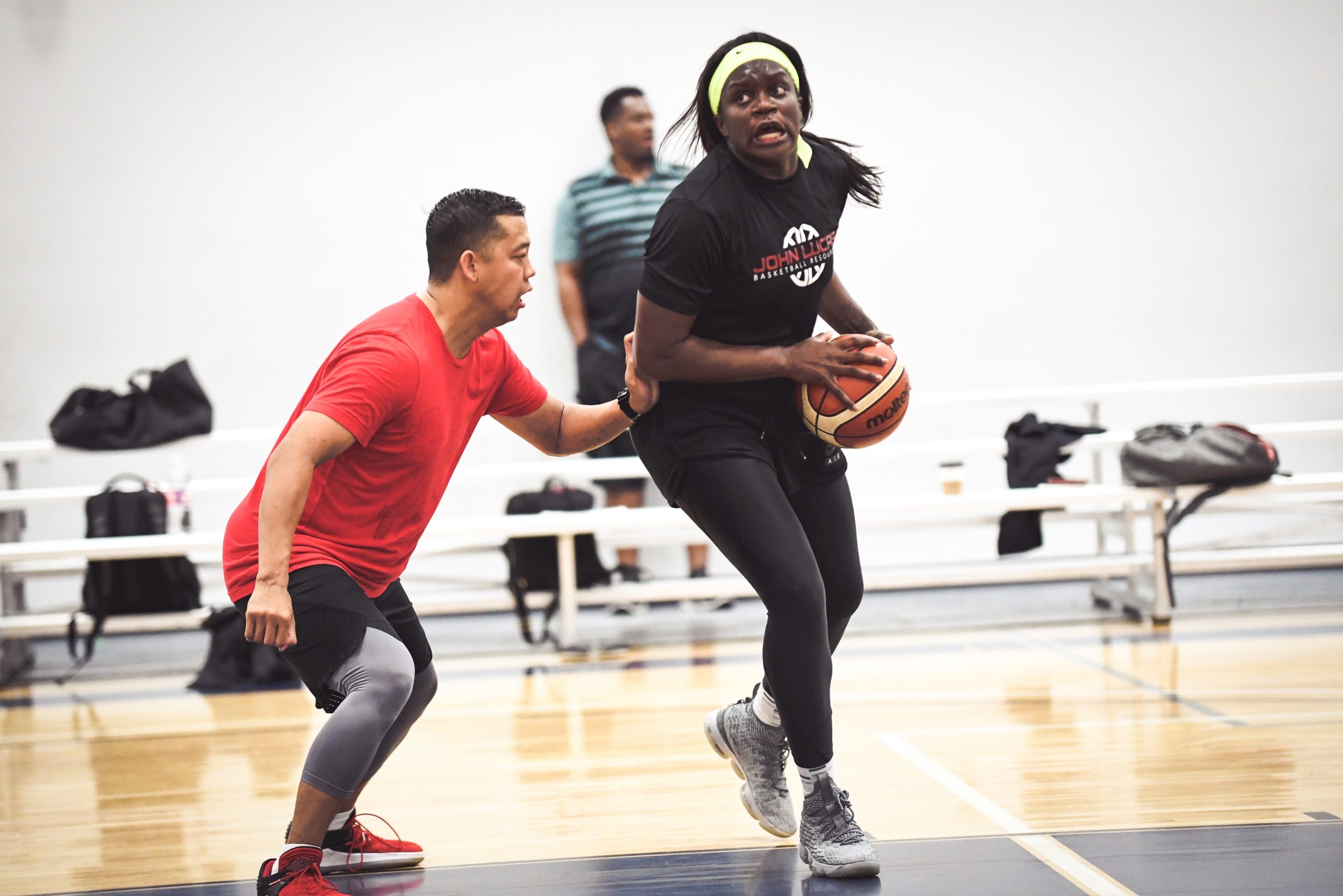