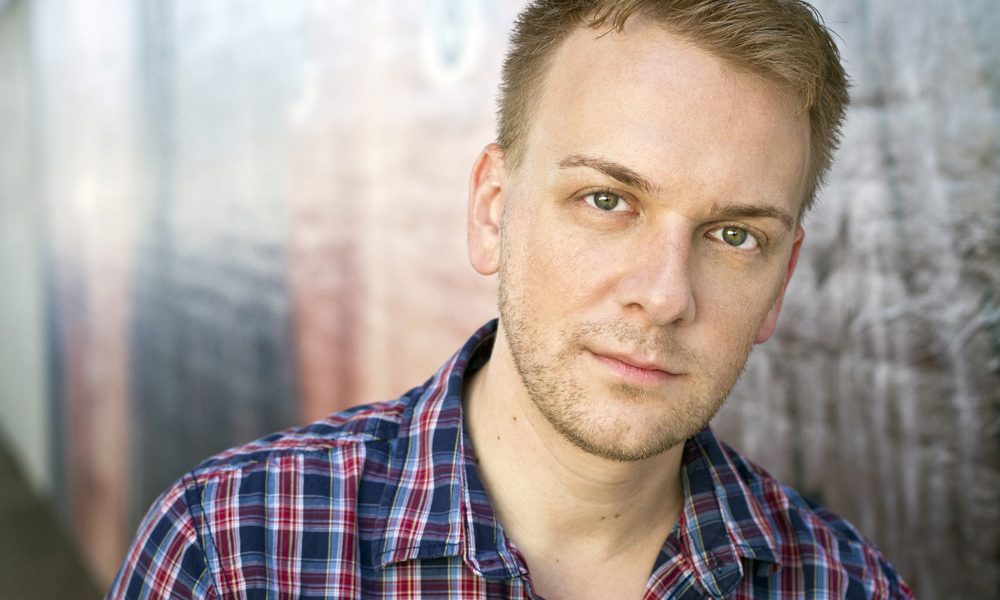 Today we’d like to introduce you to Jeff Bower.

Jeff, let’s start with your story. We’d love to hear how you got started and how the journey has been so far.
I’ve always loved writing. When I was a kid, I won a few short story competitions. When I received my MFA in Theatre, I spent a lot of time developing and honing my skills as a playwright. Between the professional theatre company I co-founded with my wife and friends (Rude Mechanical Productions) and my position as Theatre Department Chair at a performing arts high school in Florida, I was able to have 7 of my plays produced. This led to one of my plays, PERICLES BY WILLIAM SHAKESPEARE: AS PERFORMED BY MS. GOWERS’ 1st GRADE CLASS being published by Samuel French. It is performed at a school somewhere in the continental US at least once a year.

Upon moving to Los Angeles I realized I should be writing screenplays/TV shows in coffee shops like 90% of the population. But seriously, after graduating from the iO and UCB improv programs I wrote five comedy TV pilots. My pilot BABY NOT ON BOARD, co-written with my long-time friend Matt Stabile, placed well in several competitions and earned us a meeting at Amazon Studios based on a cold submission.

Then one day, I felt compelled to write an hour long drama about a town recovering from a school shooting. The topic of school shootings is extremely important to me, having had to conduct several code red drills during my teaching days and because my wife is an alum of Marjory Stoneman Douglas in Parkland, Florida. The script was a huge success, winning competitions and earning me representation with Paul Weitzman (formerly at Abrams Artists and now Culture Creative Entertainment) and Alex Creasia (at Pathfinder Media). The script is currently the #1 overall TV pilot on the Red List at Coverfly.

Since then, I’ve been cranking out hour long TV drama pilots. My latest, THE LINE, is set in the 1980’s in a transmission factory and loosely inspired by my father and uncle’s 30 years (and my two summers) working on a Chrysler assembly line in upstate New York. The plant is closed and now a medical marijuana grow house.

While typing away and going on meetings, I also learned (through the internet and trial and error) how to narrate and produce audiobooks, mainly through the website ACX. I am an Audible Approved narrator and have completed 67 books with 24K units sold. I’ve narrated everything from self-help to romance to Sci-fi to biographies. It’s a thoroughly enjoyable and rewarding side job. I get paid to read in the dark!

2020 looks very promising as I have several meetings lined up and people waiting to read a contained thriller spec screenplay early in the year. When life tries to bring me down, I hit my keyboard.

All of this is only possible due to my extremely supportive and amazing wife, Ivelyn. We got married in a courthouse, six months after we began dating because we both knew we would spend the rest of our lives together. It’s a lot easier to work hard and fight for your dreams when you’ve got the perfect partner as a spouse. She is a Speech Language Pathologist at an elementary school in Monrovia.

We’re always bombarded by how great it is to pursue your passion, etc – but we’ve spoken with enough people to know that it’s not always easy. Overall, would you say things have been easy for you?
With any creative business venture, there will always be bumps in the road. I had a TV drama script get a lot of buzz and talk around town. However, it got stuck in development and never moved forward. I’ve had scripts I thought were amazing received with mixed reviews. I spent a year waiting to hear if I would be put in a writer’s room I was on the shortlist for, only to find out I didn’t get the job when the showrunner posted on Twitter.

It’s enough to drive you crazy. It really teaches you to learn to accept the things you cannot control and focus on the things you can. I can always sit in front of a keyboard and write, no matter what. No one, but myself, can ever stop me from writing something new.

We’d love to hear more about your work and what you are currently focused on. What else should we know?
In my writing I’m mainly known for very dark, gritty dramas. I think the normal reaction to a person completing one of my scripts is to blurt out, “Damn.” I mean, I got my start by writing a script about a school shooting. That’s pretty much the tone of my artistic work. I’m not writing light entertainment, although I would love to go back to work on some comedy scripts someday in the future.

As for audiobooks, I’m known for being consistent and solid. I’ve never missed a deadline and always produce top quality work. It’s why I’ve been entrusted with several series of books from one author.

So, what’s next? Any big plans?
I’m not going anywhere. Since moving to Los Angeles, I’ve seen a lot of friends come and go. That’s not me. This is what I was born to do and I will stay here doing it.

I’m really excited to send out my screenplays in early 2020 and work on a pilot I’ve been dying to write. I went to a very weird, private university for my undergrad (the first of 4 schools I attended). The things I experienced and saw coming from a blue-collar background at this very rich private school absolutely blew my mind. I can’t wait to have it inspire the show I plan to write next.

Other than that, you’ll find me typing away on my laptop for the foreseeable future. 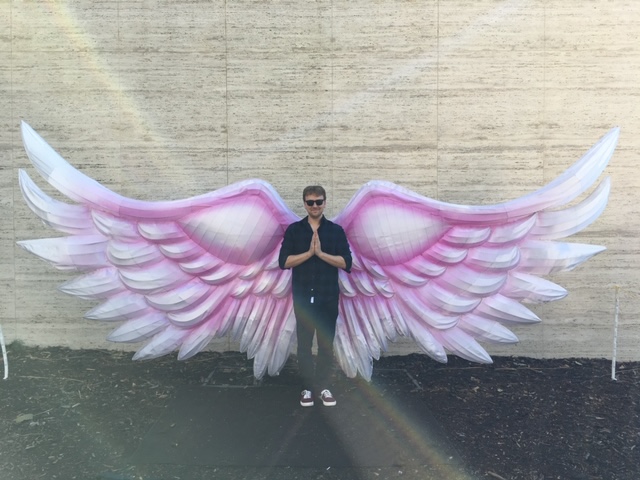 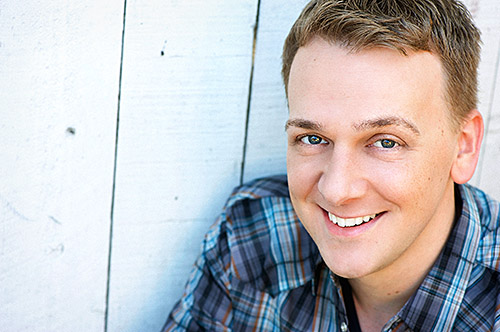 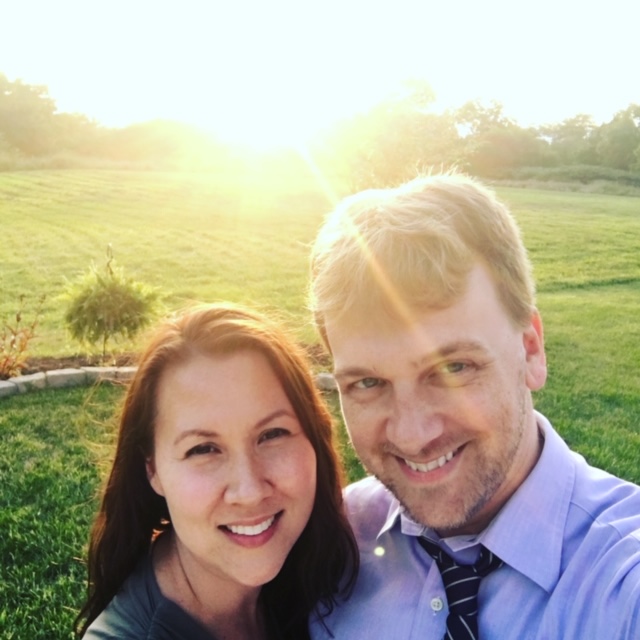 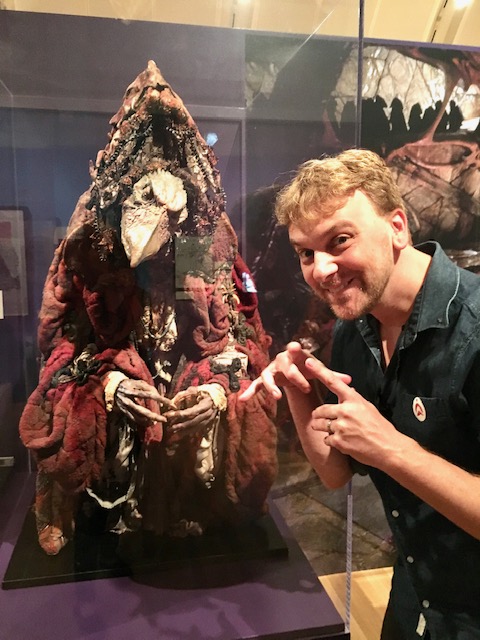 Image Credit:
The first photo was taken by Clay Larsen. All the rest were taken by myself or my wife Ivelyn Bower