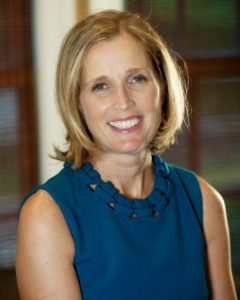 Today we’d like to introduce you to Jodi Norgaard.

Jodi, let’s start with your story. We’d love to hear how you got started and how the journey has been so far.
Some people have an “aha moment” while summiting a mountain or walking alone on a beach during sunset. Others find clarity while meditating and practicing mindfulness. Me? My moment of clarity? The time when I thought, I see the problem, there must be a better way, and why can’t I be the one to fix it…happened at a toy store. Not quite as glamorous, but it goes to show inspiration lies in unexpected places!

My daughter, Grace, was nine at the time and had just finished soccer practice. Her face was still pink from exertion and her hair was in messy pigtails when we entered our local toy store in need of a wrapped gift for a birthday party she was attending in 30 minutes. We were quickly moving through the aisles when a line of dolls grabbed my attention. They were dressed with belly-baring clothing, high heels and make-up. I picked up one of the dolls and the name on the hangtag was ‘Lovely Lola.’ At the moment I knew there wasn’t one parent who wanted their daughter to look, act, or be called ‘Lovely Lola!’ But I bought the doll while scolding the salespeople in the toy store as my daughter ran behind me asking, ‘Mom, is that the birthday gift for Maddie?’ I said, ‘No, I am buying it to show Dad,’ which confused her even more!

This encounter with Lovely Lola crystallized something I already knew. Our culture, specifically the toy industry, was doing a lousy job providing girls with strong, smart, and powerful images. Maybe I couldn’t change an entire culture, but there had to be something I could do. What started as an idea in the toy aisle, led me to create a positive imaged product, be invited to the White House as a thought leader, ultimately sell my company, and now act as an activist promoting girl power, women power, and gender equality. All because of Lola.

We’re always bombarded by how great it is to pursue your passion, etc – but we’ve spoken with enough people to know that it’s not always easy. Overall, would you say things have been easy for you?
When I encountered ‘Lovely Lola’, I realized what I could do to make a difference. I knew what I could do to personally change things, but what I didn’t know was the long road ahead of me and the hard battle I would begin to fight.

It took two years from rough draft to the debut of the first Go! Go! Sports Girl doll, Tennis Girl Gracie, at the US Open in 2008, where 500 dolls sold out in six days. Knowing I had a good product, a good message and a good test, my next goal was to launch the line of nine dolls at the New York Toy Fair in February 2009. I thought I had the next best thing, but I quickly found out I was wrong. Many toy buyers told me my product was great, but it would never sell because it was not mainstream, it was not fashioned, and girls like fashion. “Can you create a fashion doll,” I heard over and over. I said, “That’s my point – girls like more than fashion. As a mother of a daughter and as a woman, I am positive girls like more than fashion.” I also realized mainstream ideas never create change and I was creating change.

After five years and 500 ‘nos’ my company was acquired by a large toy company and our goal was to inspire and empower girls throughout the world. Sadly, a few months ago, we parted ways. It was the best ‘break up’ possible because they returned the brand to me. Their reason was that they could not find the right blueprint and strategy to launch a girl empowerment brand. People talk a good talk about the importance of empowering women and girls and overall gender equality but cower when it comes to implementation.

I will continue to find a home for the dolls and the children’s books will be available again in a few weeks. But even with the announcement of my new book, ‘More Than A Doll’, I continue to receive push back from the toy industry. Just last week, when I announced the book on social media a toy industry professional commented. He said, ‘Why is society so bent on telling girls to be masculine and boys to be feminine? Stop debating sexual identities. It’s not benefiting our society.’ Another man commented under this, ‘HOORAY FOR GENDER STEREOTYPES.’

This is my battle and I am not giving up!

We’d love to hear more about your work.
I am the founder of Dream Big Toy Company and the creator of the award-winning Go! Go! Sports Girls line of dolls, books, and apps for girls encouraging healthy and active play over fashion and body image. Since selling my business in 2016. I am keynote speaker, activist pushing media and retail to do a better job portraying girls beyond stereotypes, and author of “More Than A Doll: How Creating a New Brand of Dolls Turned into a Fight to End Gender Stereotypes” which will be available in February 2020.

I have been a leader in the toy industry breaking gender stereotypes since 2009 when I launched the plush sports dolls built-in specification to a real girl’s body. I have been featured on national media including The Today Show, The Real Story with Gretchen Carlson, Forbes, Upworthy, Parents, Shape, Self, Runner’s World, Advertising Age, Good Housekeeping, Chicago Tribune, New York Times, and Huffington Post. In 2016, I was invited by The White House under the Obama administration to participate in conferences on breaking down gender stereotypes in media and toys.

As a keynote speaker, I am proud to share my story of passion, determination, persistence, and grit needed to challenge the status quo, create change, and become a leader in breaking gender stereotypes.

Has luck played a meaningful role in your life and business?
I have been asked this question before, and it’s a hard one to answer, because yes, I do feel lucky in life and business, but is it due to luck or hard-work or both? When you work hard, you will find more opportunities which can lead to success. I have always tried to take advantage of small opportunities knowing there may be potential to grow into bigger opportunities.

Yes, I was lucky to have been born into a loving family, but when it comes to business, I work hard and I have a strong inner drive which is fueled by passion. 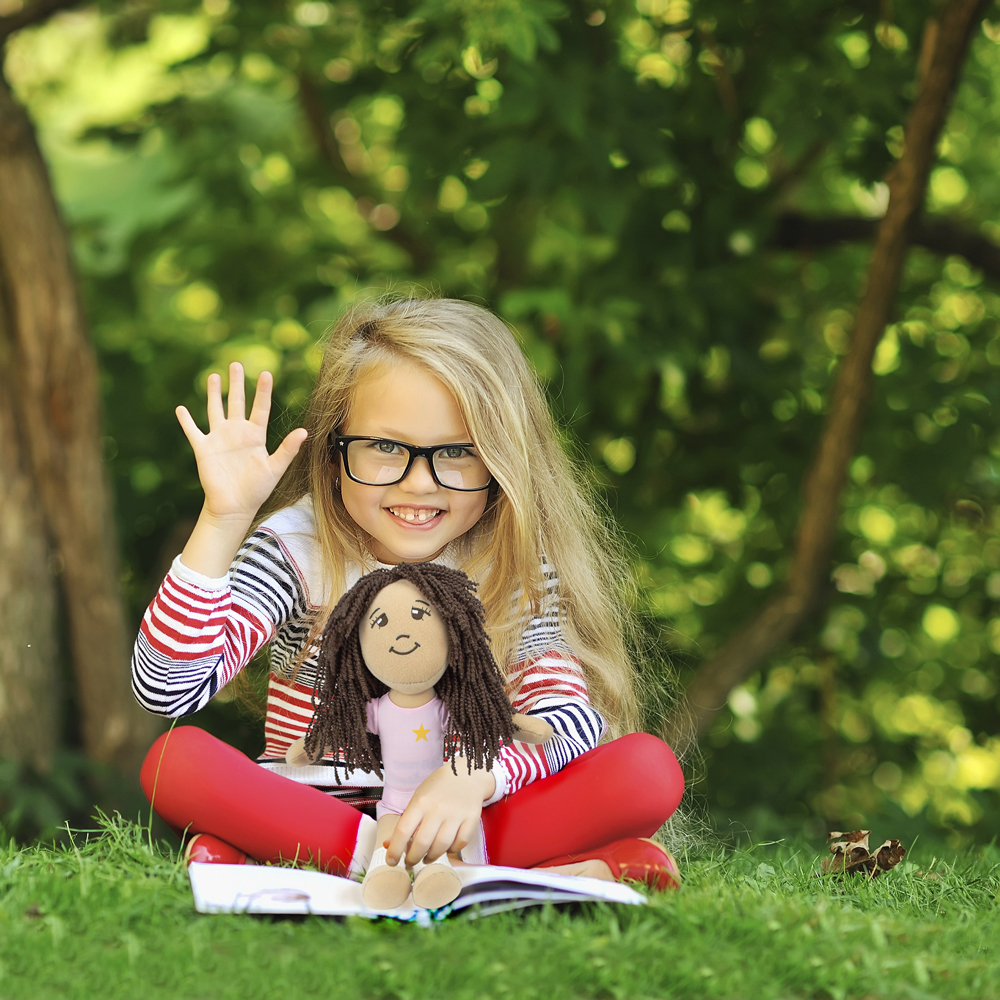 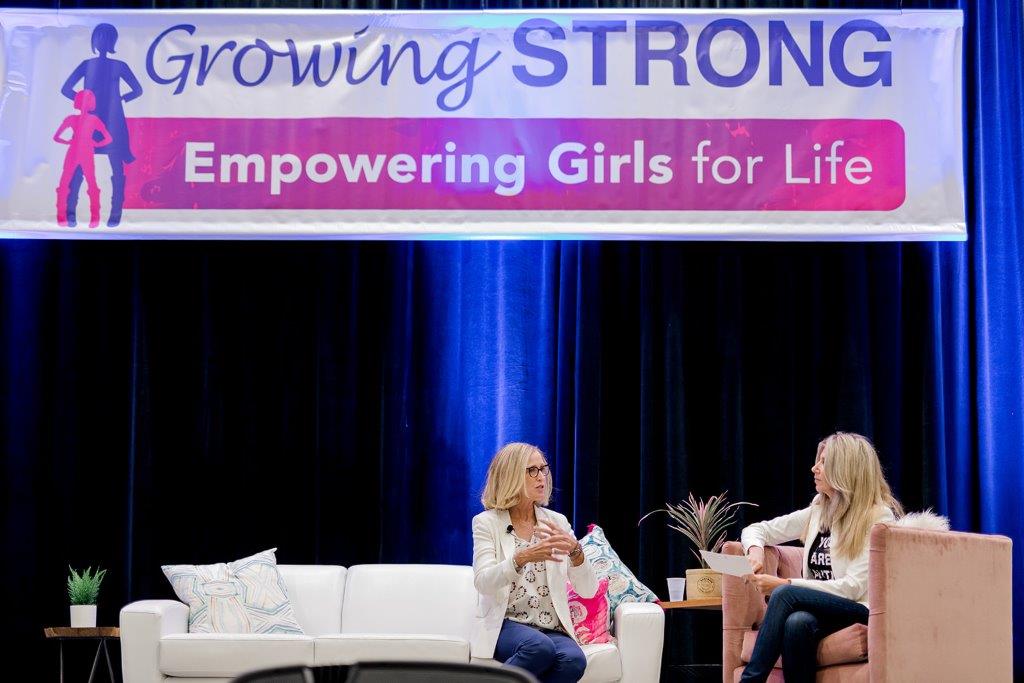 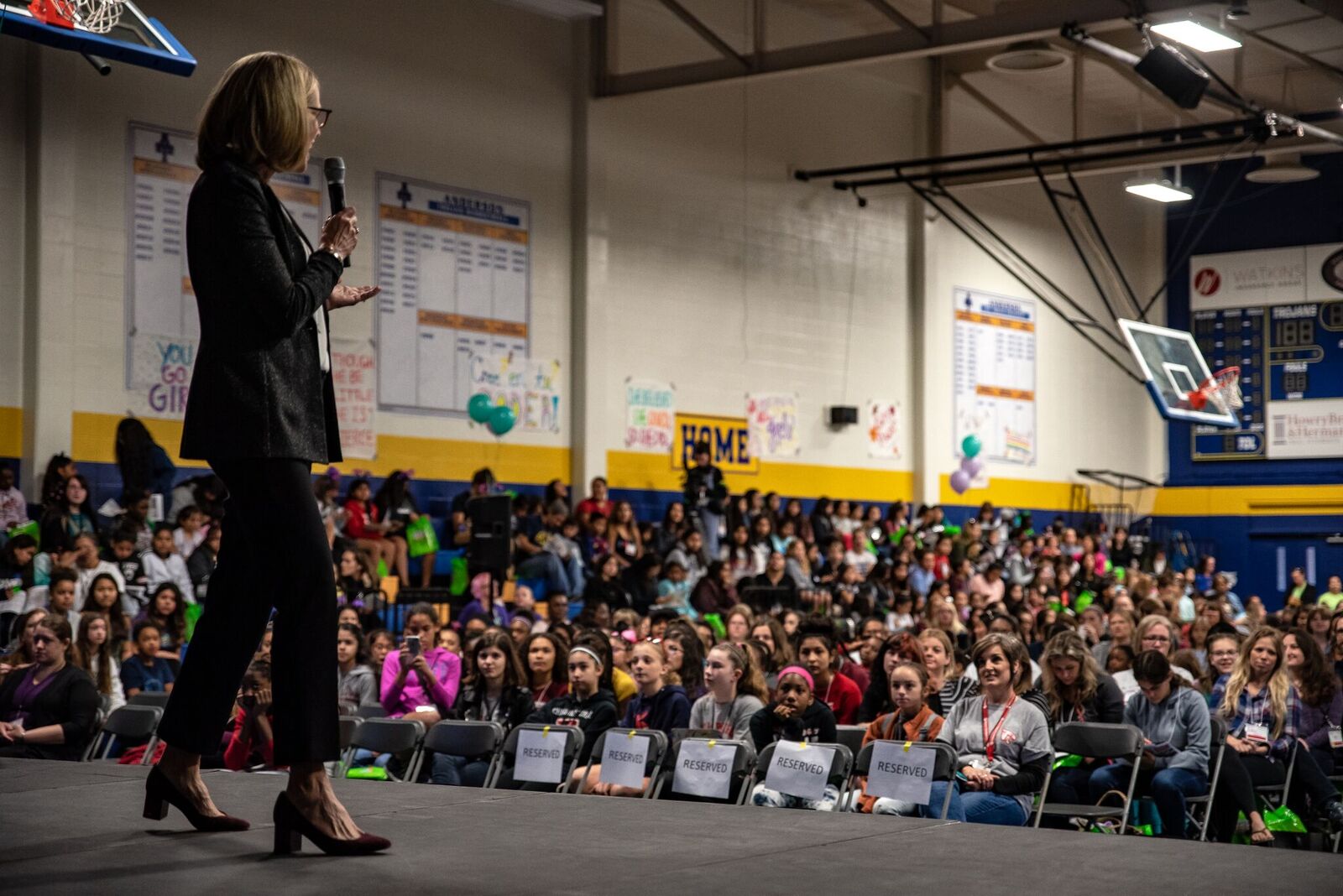 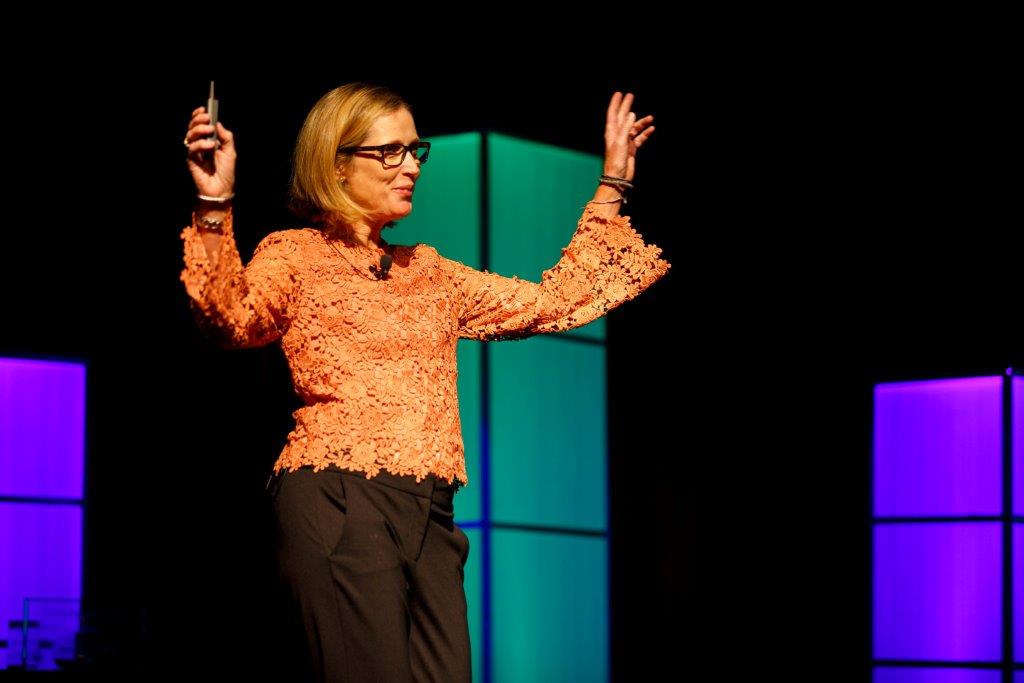 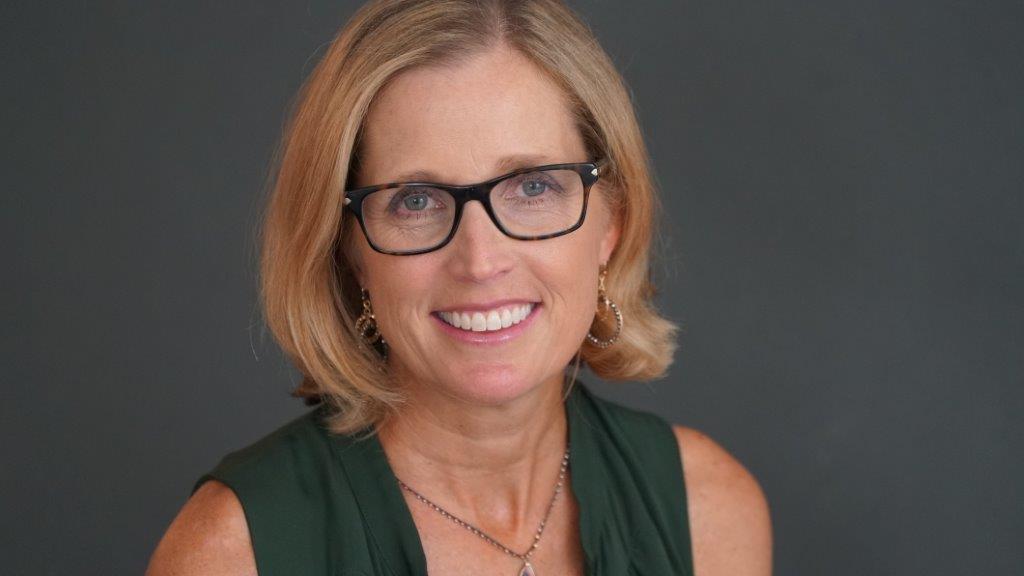 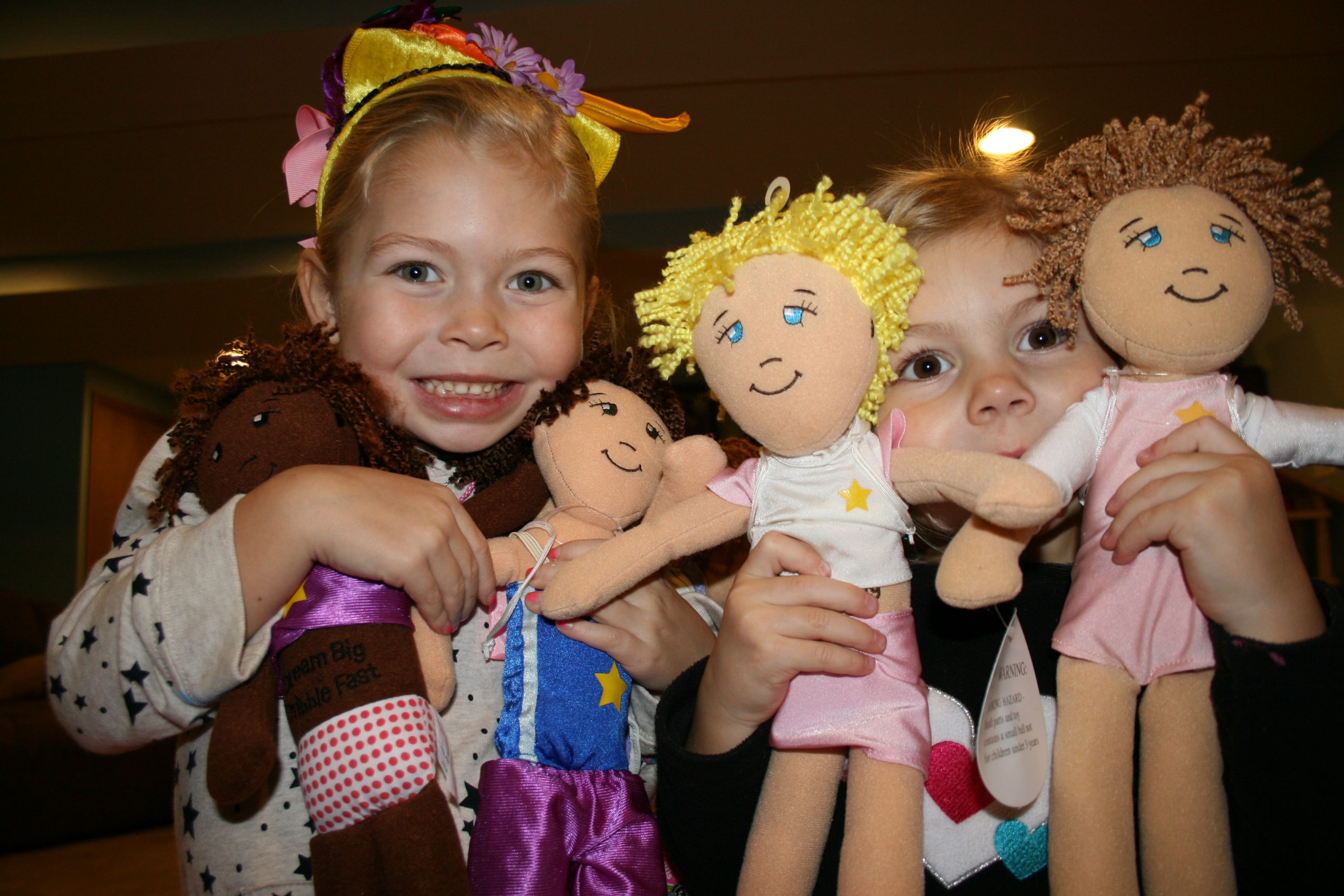 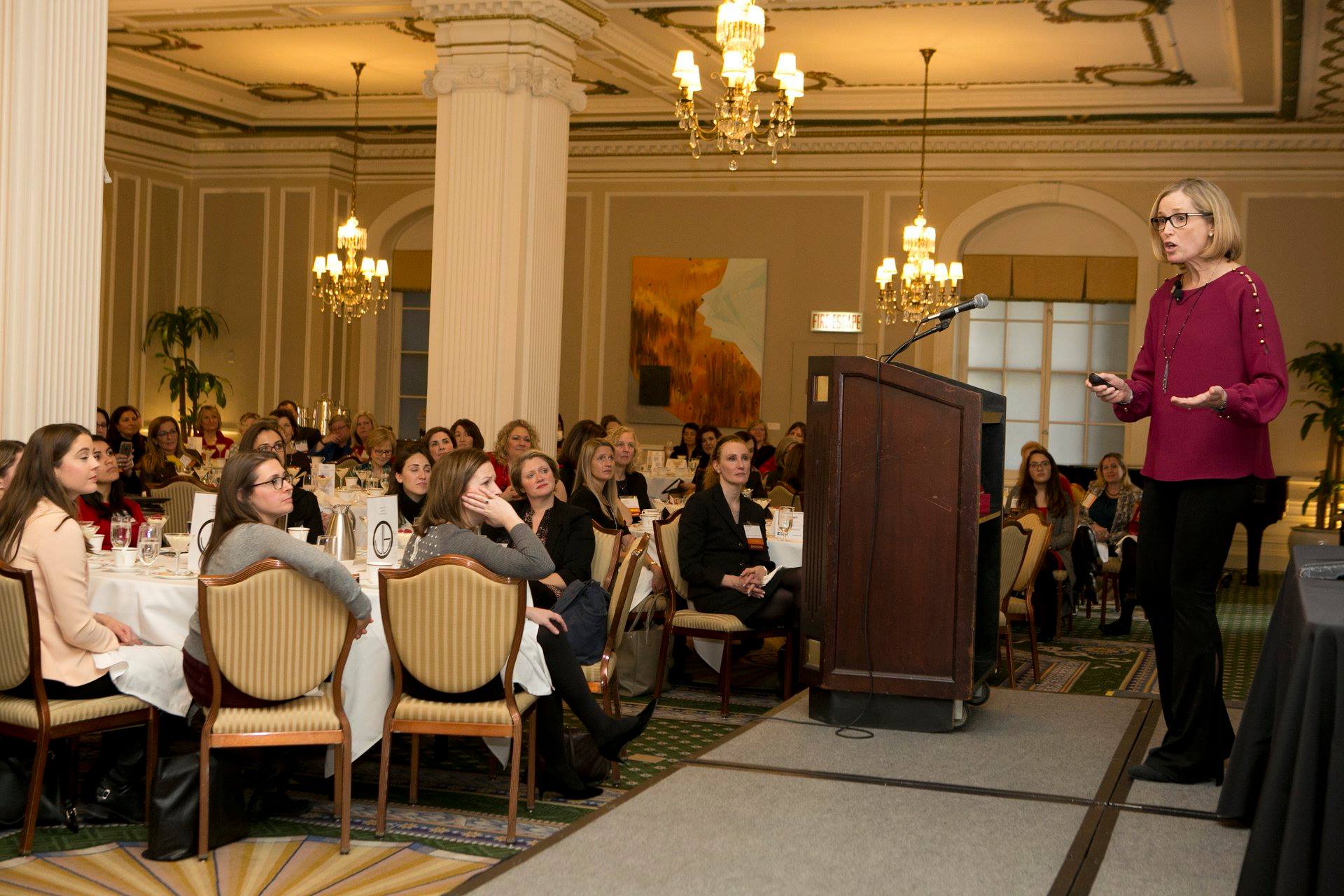