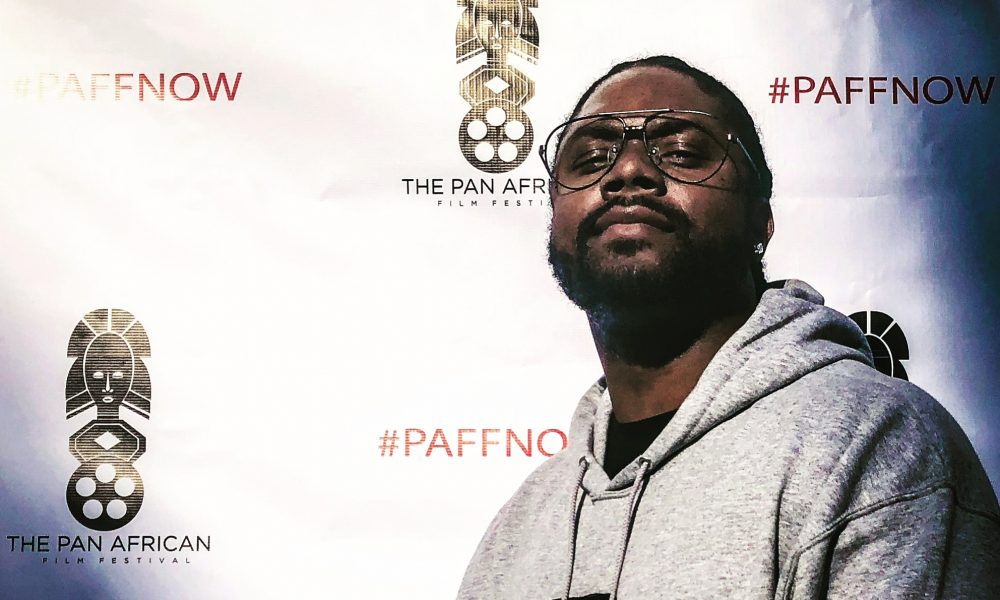 Today we’d like to introduce you to JayTee (Jay 5th) Thompson.

So, before we jump into specific questions, why don’t you give us some details about you and your story.
I’m a Hip-Hop Emcee (Recording Artist), Filmmaker (Director), Producer and Creator. Born and raised in South Central Los Angeles, from the Eastside Low Bottoms, I started off rapping, songwriting, producing and performing at the age 14 years. Always been heavily into music and acting but music was my passion. Co-founded my rap group in High School “Da Untouchable Rydaz” with my bestfriend, cousin and younger brother, we went on to perform and record music for years. Shortly after high school, I went on to college and to continue to pursue my music career and was selected to be on MTV’s Pimp My Ride in 2005. After that experience, I went on to be featured on MTV’s Yo Momma and the biggest BET show reality “College Hill: Virgin Islands”. Starring on the show College Hill, I showcased my skills in music, acting and creating. The experience on the show and after resulted in me attempting to commit suicide by shooting myself in the head. After my failed attempt and conversation with The Most High, my life changed drastically. After that conversation with GOD, I went on to start my own record label partnered with my High School bestfriend, Ryda 4 Life Recordz and shortly after starting our film division, Ryda 4 Life Filmz which has been our most successful ventured to date.

In the success years of Ryda 4 Life Filmz, we’ve went on to produce and create a lot of award-winning projects that I’ve had the privilege of Directing. A couple of notable projects I’ve directed that have been in theaters and on television is the award-winning “Hands Up Don’t Shoot” and award-winning feature film “Frank BLUE”. Both projects has been in selected theaters and featured on TV. Both also have featured my music along with music from other Ryda 4 Life Recordz artist. From the reality shows to filmmaking, music is still number one and will always be my first love and passion. I’m currently completing my debut album and getting set to release a prequel music project to the world titled “The Sp46k That Sat by The Door”.

We’re always bombarded by how great it is to pursue your passion, etc – but we’ve spoken with enough people to know that it’s not always easy. Overall, would you say things have been easy for you?
In any pursuit of happiness or purpose, the road is never smooth. You have your ups and downs and oftentimes you have more downs than up’s however, your character is shaped and defined by how you get up from being at the bottom. Along my road to success, I’ve encountered doubt, hatred, backstabbing, fear, hurt and betrayal both from family and close friends. Even in the midst of suicide, I was alone and defeated BUT realizing my worth and constantly fight for my purpose kept me going. You know something is for you and apart of you when you can’t live without it. I had seasonal people in my life I called friends. Seasonal meaning they came for a few seasons, got what they can get, then they left me for dead. Back then, I couldn’t understand why this was happening to me but I later grew to understand that even through all the hurt, pain and betrayal, I learned a significant lesson in life.

That lesson was that I have a calling on my life that no one can take away from me and that I was a lot stronger then what I viewed myself. A bumpy road helps you appreciate the road your crossing. I may have picked up a few hitchhikers along the way but they all taught me something. There were many times that I wanted to throw in the towel and give up but The Most HIGH didn’t allow me to because he knew I wouldn’t be happy or at peace doing anything other than my calling. I know for a fact, the harder the road gets ahead, the closer you’re getting to your destination of success. Success never came without bumps and bruises…these war wounds are constants reminders of how hard I’ve work to get where I’m today.

Please tell us about Ryda 4 Life Filmz.
My company Ryda 4 Life Filmz is an independent film company that specializes in turning stories into reality. A creative film company that believes and KNOWS that all things are possible through faith, growth, belief and ACTION. We specialize in assisting dreamers in making their dreams come to life. We produce, create and write films, we self distribute our on films, we train and challenge actors/actresses into rising to their fullest and highest potential. We are a shelter and house for the gifted! We’re known for creating heartfelt projects that change lives and the perspective of the ignorant mind.

What sets us apart from other filmmakers and film companies is the fact we lead with our heart and spirit. We’re not a company that just wants to take but rather than take, we are a company of giving. We give a service to better the lives of everyone we touch one person at a time. We redefined the definition of family, so we show that by our actions on and off set and on and off camera. Our love for our peers goes beyond the lights, camera and action. We genuinely want to see everyone WIN in whatever capacity that includes but not limited to music, film, poetry, art, writing, dance, etc.

We teach and showcase to everyone that, don’t follow the trend but SET THE TREND, because over here at Ryda 4 Life, “We Don’t Do Trendz, We’re Trendsetterz”.

What were you like growing up?
When I was growing up on the Eastside in the Low Bottoms, I was an athlete. Played football and basketball from the age of six until my late teens. Grew up in a home with both parents that loved music…I mean loved music! Mother had the Soul and R&B in heavy rotation and father had the Funk, Hip-Hop and Oldies in heavy rotation so I grew up an “Old Soul”. Growing up in the late 80’s and 90’s, my range for music was crazy! My favorite Hip-Hop Emcee’s back then were MC Hammer, Melle Mel and Furious Five, Sugar Hill Gang, LL Cool J, Whodini and UTFO. Hammer is still my number one next to DMX, Royce Da 5’9, Joe Budden, Black Thought, Jay-Z and more. Then you would have on another end, I grew up listening to New Edition, Bobby Brown, The Jackson Five, Mint Condition, Jodeci and H-Town. I was really into music and dreamed of becoming an R&B singer. I attempted to start a singing group coming out of middle school but that ended once I went to the “Cashmoney and RuffRyder Tour 99” When I seen DMX perform for the first time, I instantly wanted to be a rapper and start training myself on how to rap. I was always chilled, very observing, dedicated and passionate about anything I was doing. I was always around gang members and had family members who were active gang members but never was drawn to that lifestyle. Thank GOD I didn’t because I’d be dead or in prison for life.

Life in the Low Bottoms was the greatest thing ever to me. It shaped who I was as a man and taught me how to fight for everything I wanted in life. People looked down on folks from my section, so that pushed us to work harder, train harder, fight harder because we were treated differently. It was segregation in South Central between the Eastside and Westside, so that pushed both sides to always be at odds with each other. Growing up was a movie! 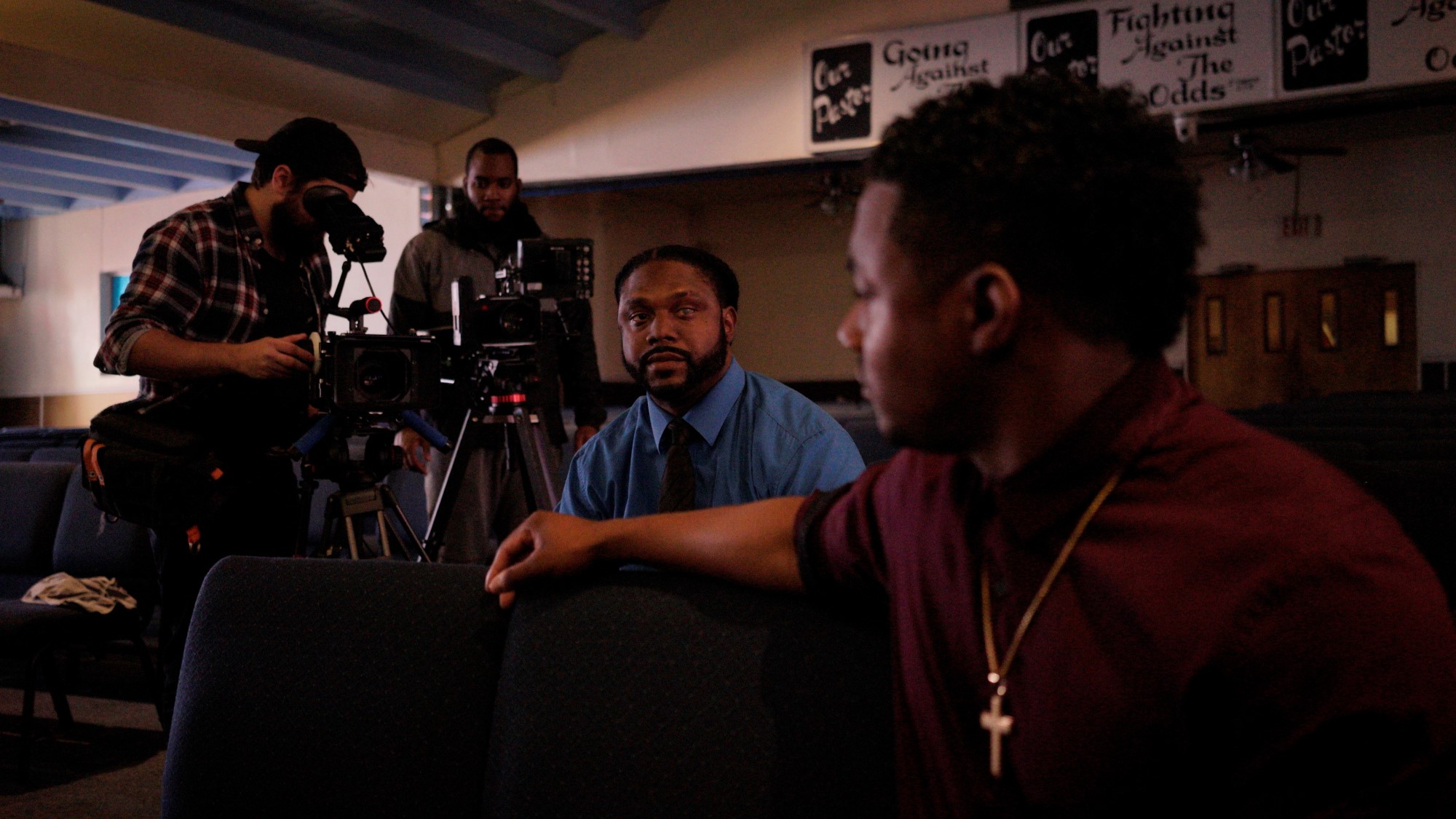 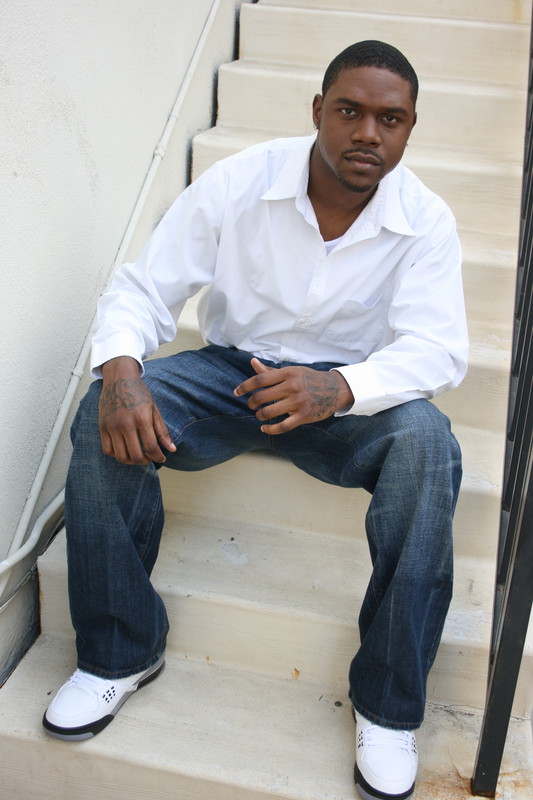 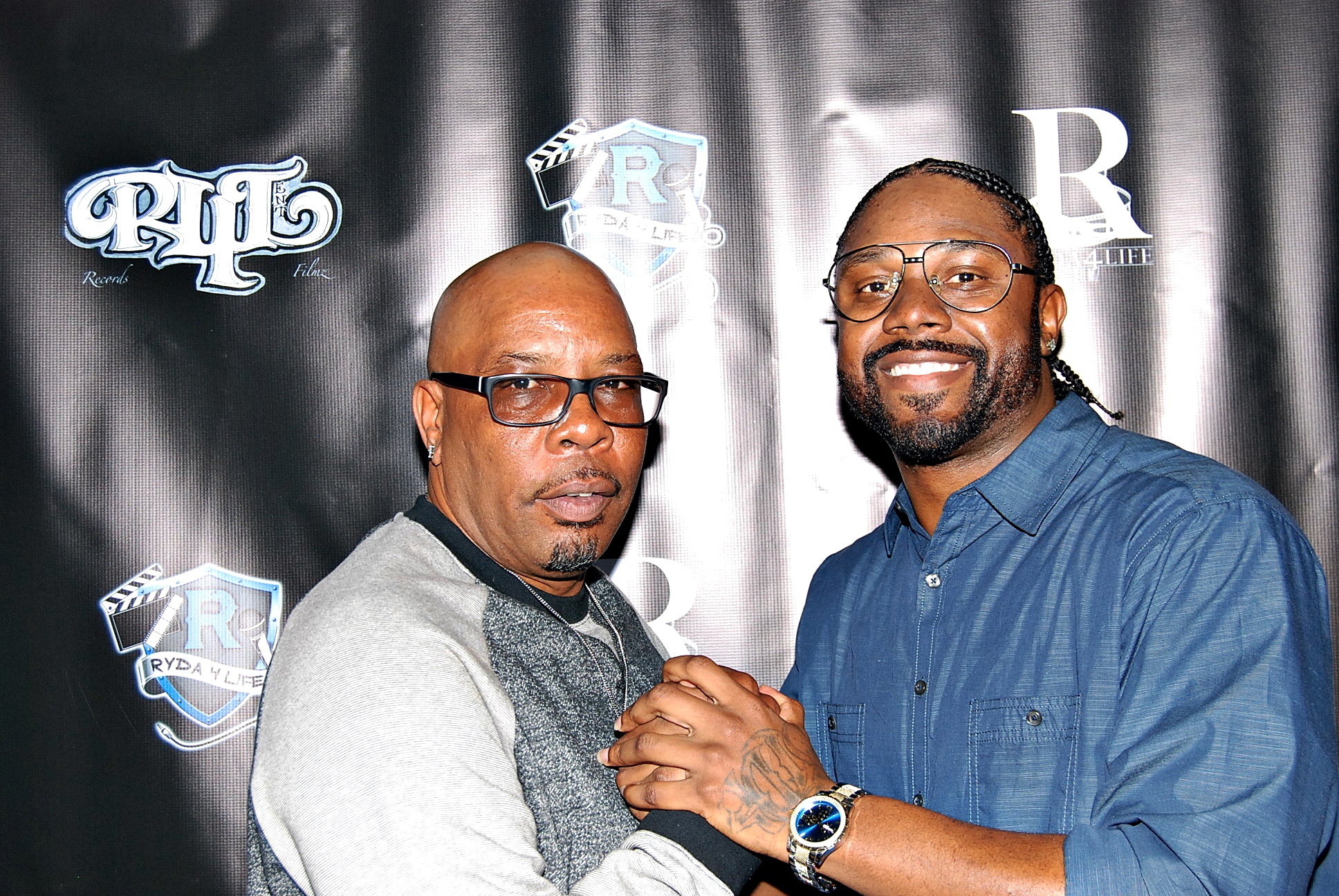 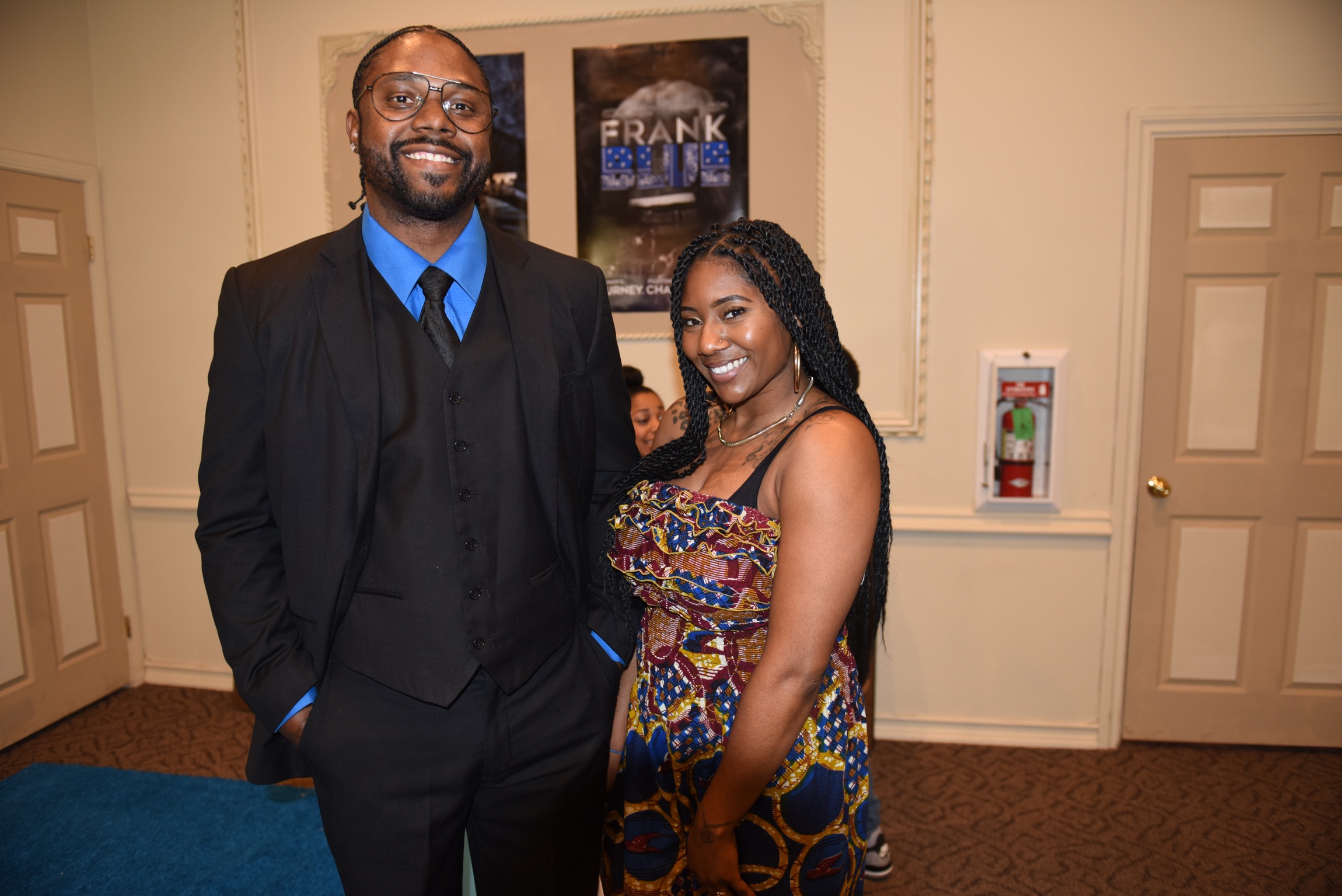 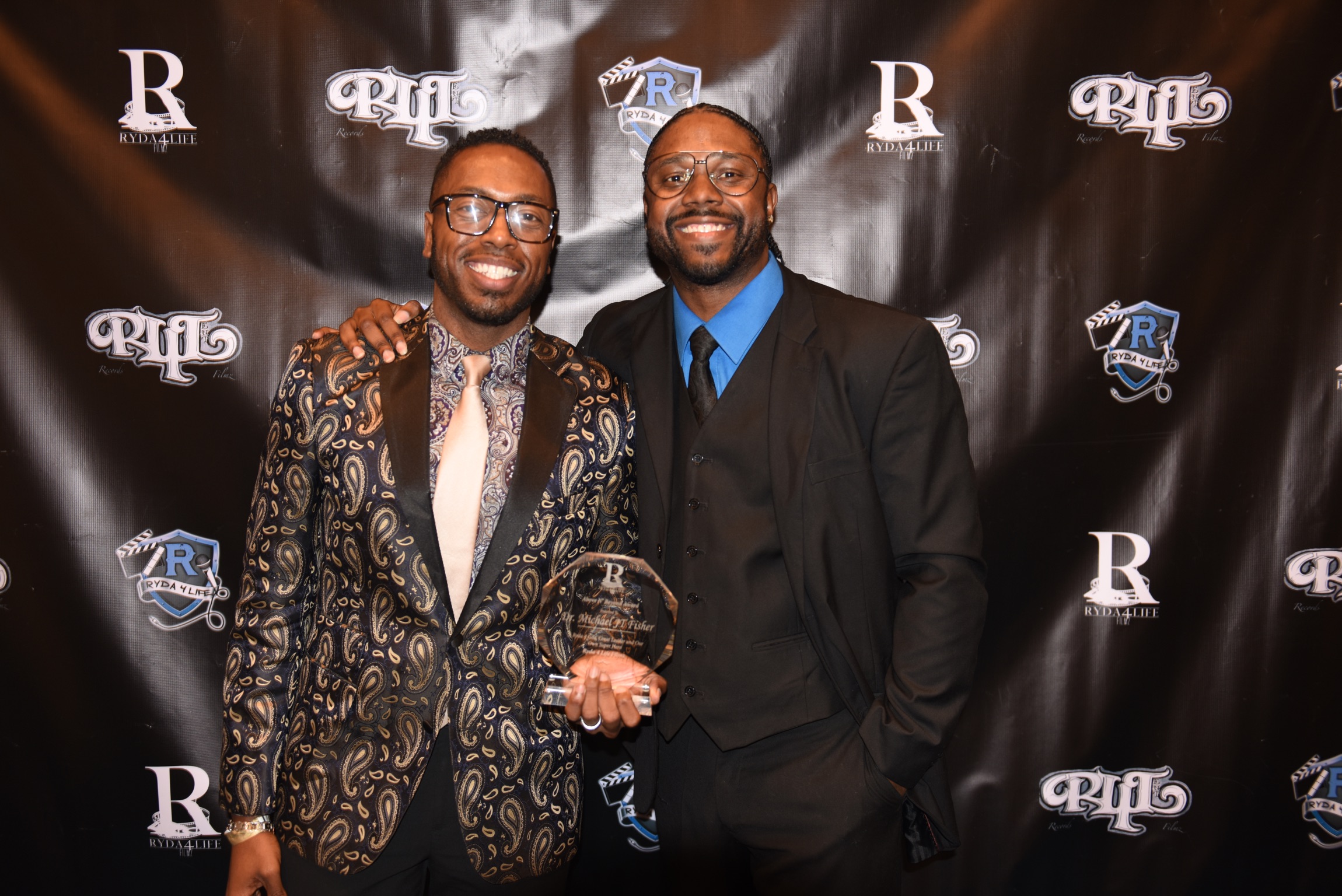