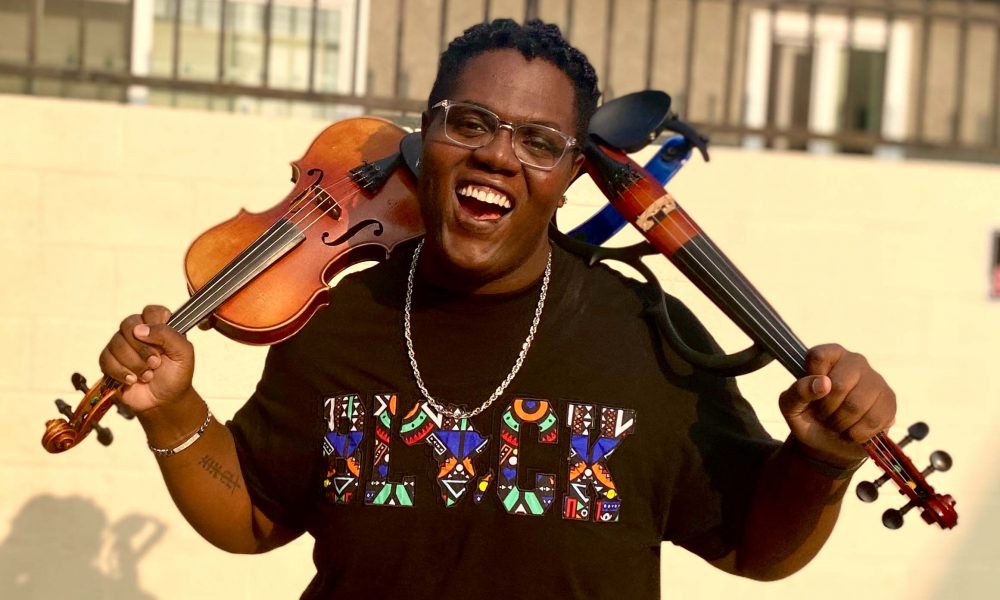 Today we’d like to introduce you to Jaylon Black.

Jaylon, can you briefly walk us through your story – how you started and how you got to where you are today.
I was born and raised in Houston, Texas. Growing up had its challenges. But it also had its blessings. I grew up an only child and was raised by a single mother. My mom was a part-time singer performing with some of the gospel greats of our time. My dad was a full-time touring musician and producer. I also had my village – my entire family who are also musically inclined, though they hate to admit it ( haha). So, music was always there. It was the one constant thing that I could always relate to. I never considered music as a career, just a common hobby and way of life.

Since music was a part of my family culture, it was natural for my mom to enroll me into a music magnet program at five years old. Enrollment happened the day that my future middle school’s orchestra was performing for the elementary students. When I saw the orchestra playing instruments I had never seen, I asked my mom, “Who are they and how are the instruments making sound” and she said, “They’re musicians!” Well, I thought she said magician, which as a child, I was obsessed with magic. So, I said “Well, I want to be a musician!” (thinking I’m saying magician). And that started my violin journey.

I played through elementary school and middle school as an activity, although It wasn’t until the end of middle school that I actually became serious about being a musician and considered whether a hobby could really be my career. I also started asking the questions, “Why do violinists only play classical music?” “Is this all there is?” Those questions led me to an interest in multiple genres and I started learning all the different possibilities of the violin. My introduction to many contemporary violinists such as David Garrett, Chelsey Green soon shaped my artistry. Along the way, I also honed my bass guitar abilities as well as my love for arranging music. In high school, the string program only offered classical ensembles, so I took it upon myself to wiggle my way into the Jazz and contemporary ensembles as a violinist. I guess I was known as the rogue violinist to the string players, haha. Still to this day, I don’t know how I accomplished that.

Being that I was a multi-genre, multi-Instrumentalist. Choosing Berklee College of Music as my top college choice was an easy decision, although I didn’t think I would get in. Well, not only was I accepted as a dual principle instrumentalist on the bass guitar but I also received a hefty scholarship to cover almost all of tuition. I would say my time at Berklee was the turning point in my musical journey. I received many opportunities at Berklee such as directing my own sold-out show (The Michael Jackson Tribute Show) and studying under musical greats like Chelsey Green and John Pattitucci. Other great opportunities while at Berklee such as working with gospel artist Travis Greene and being in a Nike commercial featuring Kyrie Irving, Ron Gronkowski, and Jayson Tatum greatly enhanced my experience. I graduated from Berklee in May 2020 with a Bachelor’s in Music Education and now reside in Los Angeles. Even though I am new to LA, I was fortunate enough to connect with some of the industry’s greatest producers and perform and arrange strings for artists, one being featured for the Lakers National Anthem.

Overall, has it been relatively smooth? If not, what were some of the struggles along the way?
How long do you have? Being raised by a single mother in a low-income household that not only has to provide the normal needs that come with a child but also has to support violin lessons, ensemble fees, and instruments…the road was far from smooth. Although I did live in the “hood”, my mother wanted the best for me and placed me in the top magnet and performing arts programs in Houston. However, I never quite fit in no matter where I was. I could never relate to my peers. At school, I was always the “funny fat kid” or the “token black guy” but never taken seriously or had any real friends. In the Black community, I was never considered “really black” because I played violin and was into other things. Even in orchestra, I was cast out because I was into playing other styles. I felt alone. Being a good musician wasn’t enough. I had to always present the best to even be noticed. Music was all that was there. My playing was the only time I felt that people actually heard and connected with me.

Can you give our readers some background on your music?
I am a violinist/violist and bassist. I specialize in basically all things strings. I play in all styles and settings making me prepared for whatever the performance calls for. I can read music as well as play by ear in all styles so I am known for my versatility. I don’t want to be known as the “hip-hop” or “rock” violinist but rather just a violinist. I also believe that a person shouldn’t have to be tied down to one instrument or title, but rather have multiple hats; be prepared for any situation. I believe that is what sets me apart from others. Instead of an artist calling several people to arrange, direct, record, and perform a string part based on the genre, I can do it all myself no matter what the genre is. I also am a music educator. I teach a broad range of styles and ages on violin, viola, and bass guitar in any setting, whether it’s a masterclass to simply a private lesson. I believe the fact that I was expected to always present my best and strive for excellence prepared me for this profession.

What is “success” or “successful” for you?
I believe success is an ever-changing aim or goal that one strives towards. I believe to be successful, one has to first be happy. I also believe success is a goal from within and should not be measured or made by anyone but yourself. For me personally, I don’t want to consider myself successful because that could make me complacent and stop grinding. If I reach a certain point where I consider myself successful, I make a new goal to strive towards. Currently, I am striving to be a first contact player, arranger, and touring musician. Ultimately, I want to change the face of violin and the role it plays in the mainstream industry. There is so much the violin and string instruments can do that the world has not seen yet. I want to help shape the definition of string instruments. 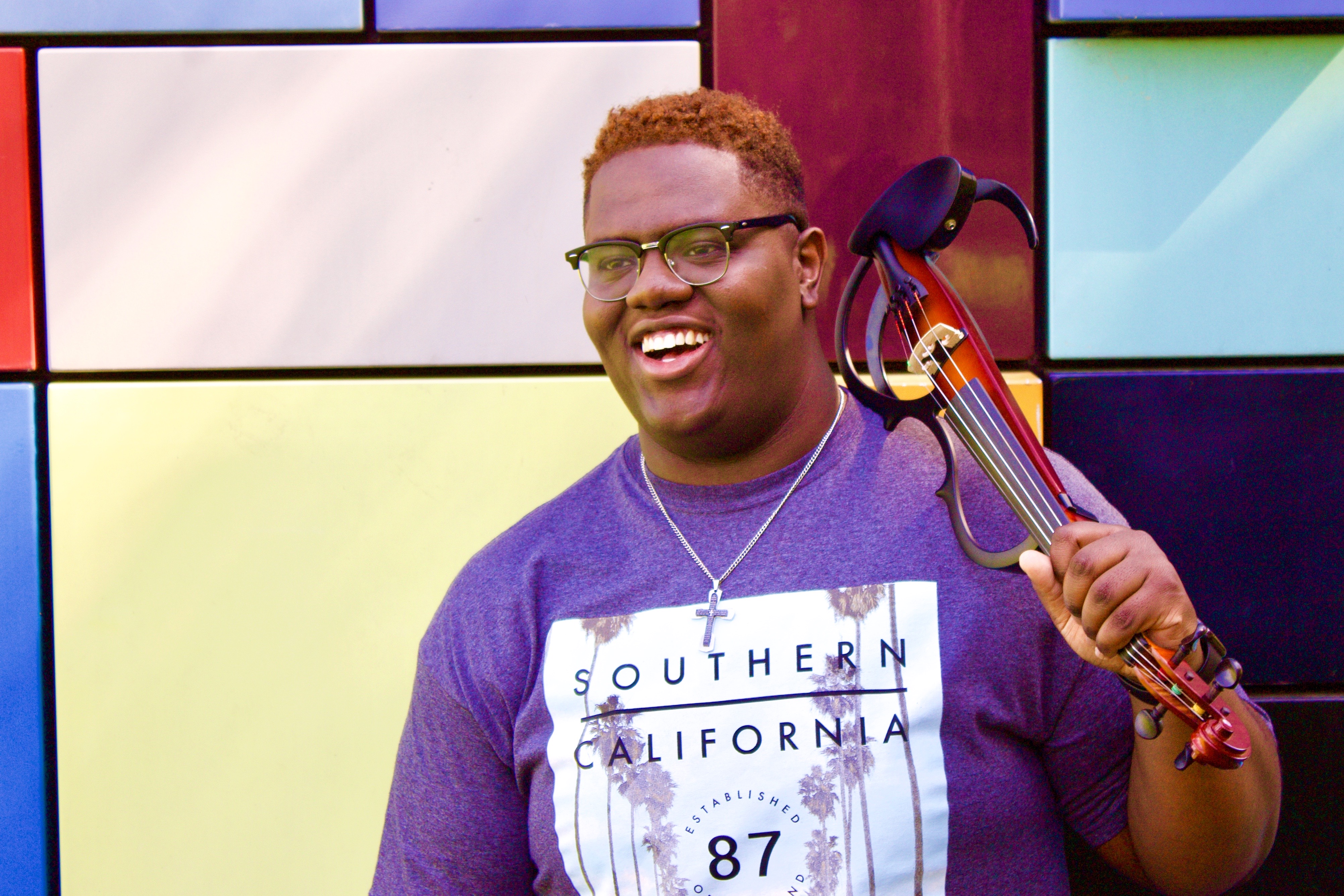 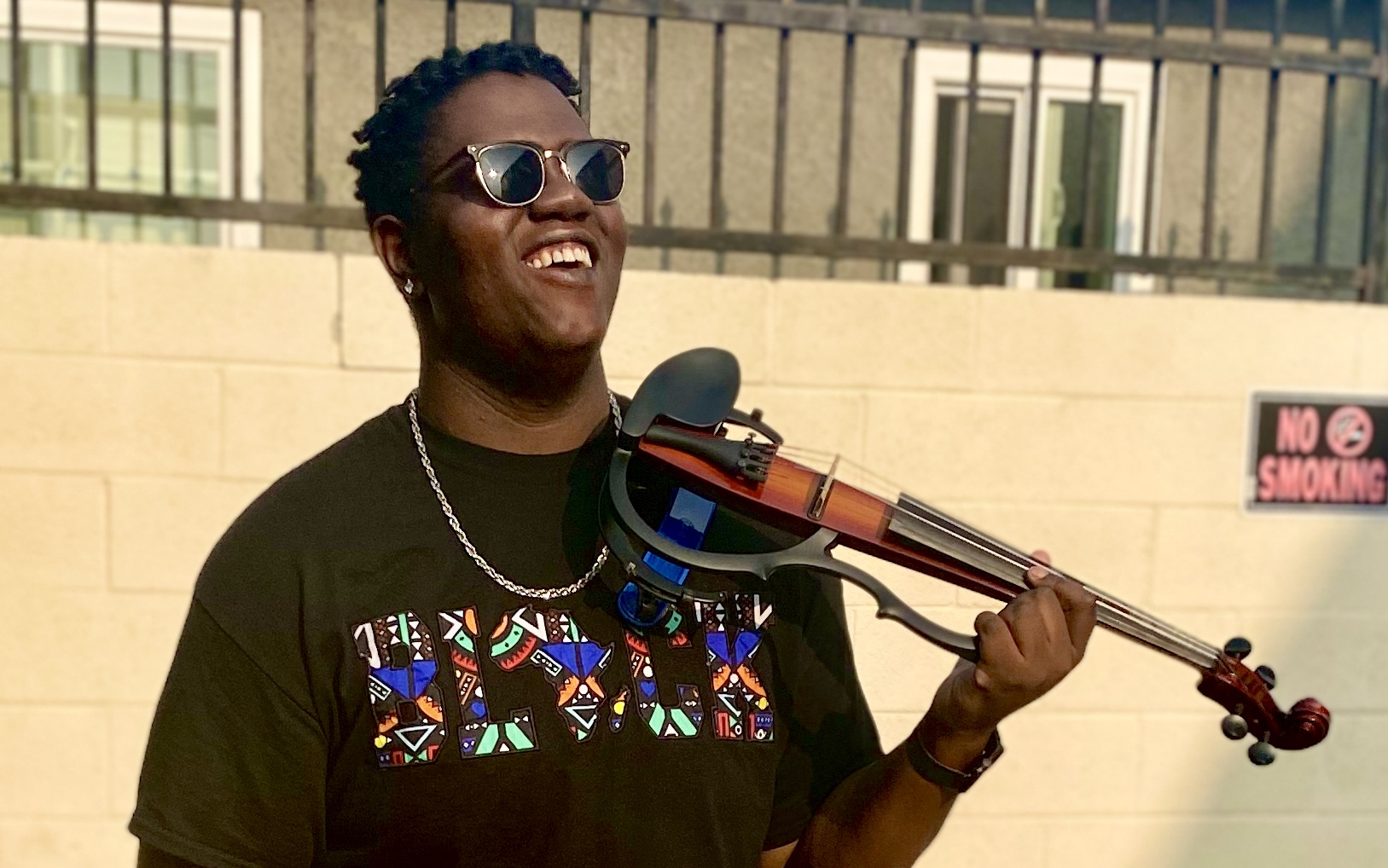 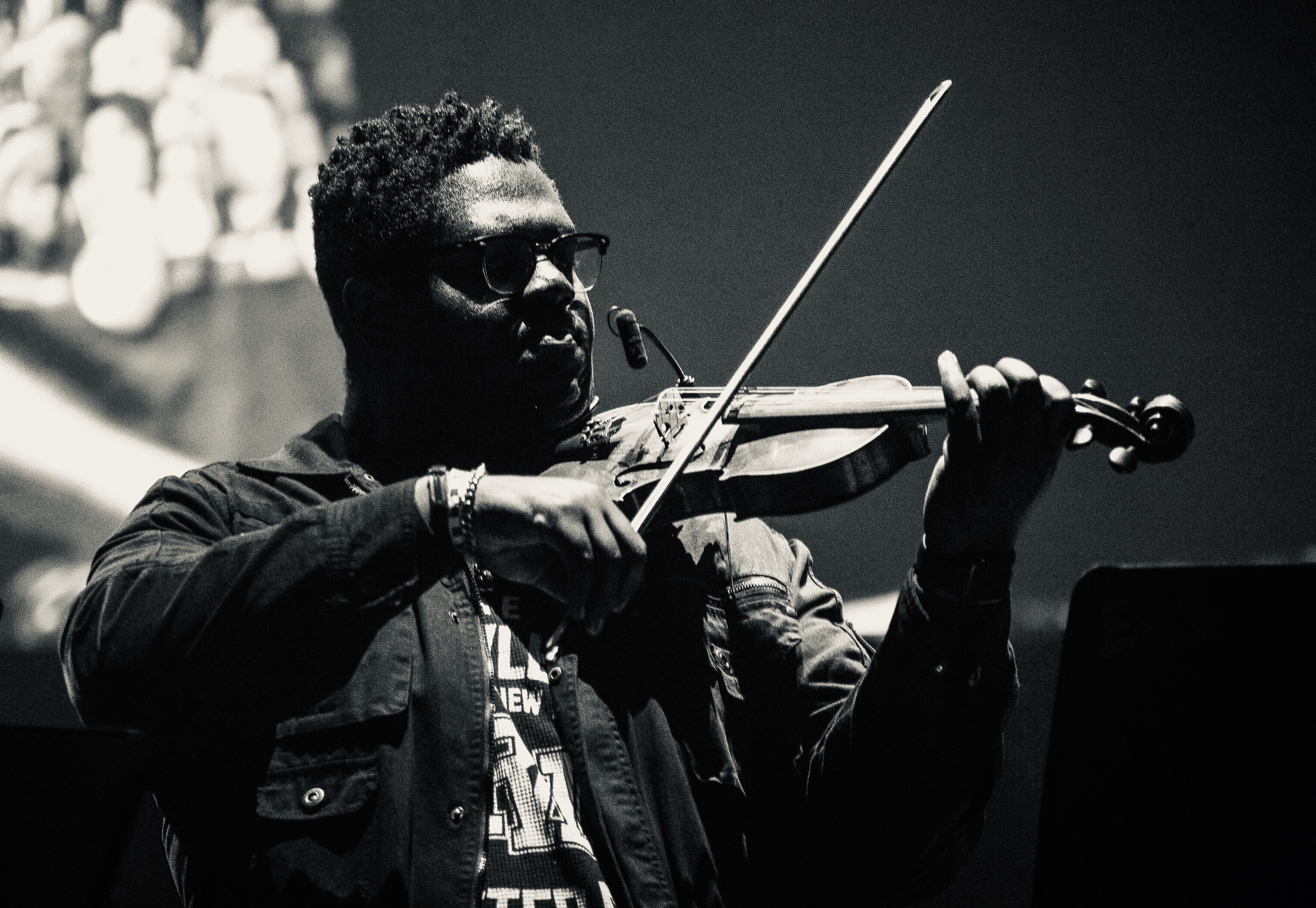 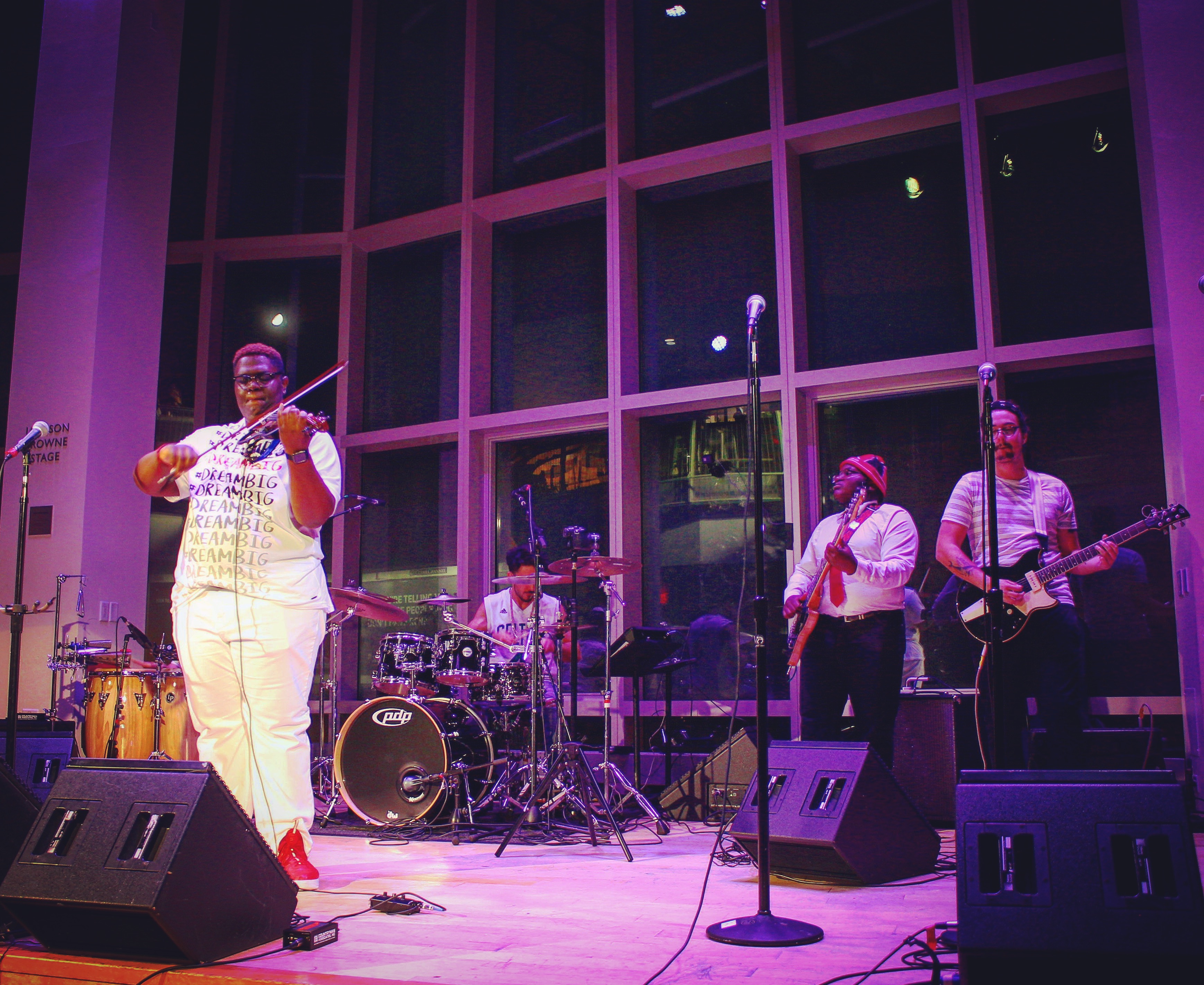 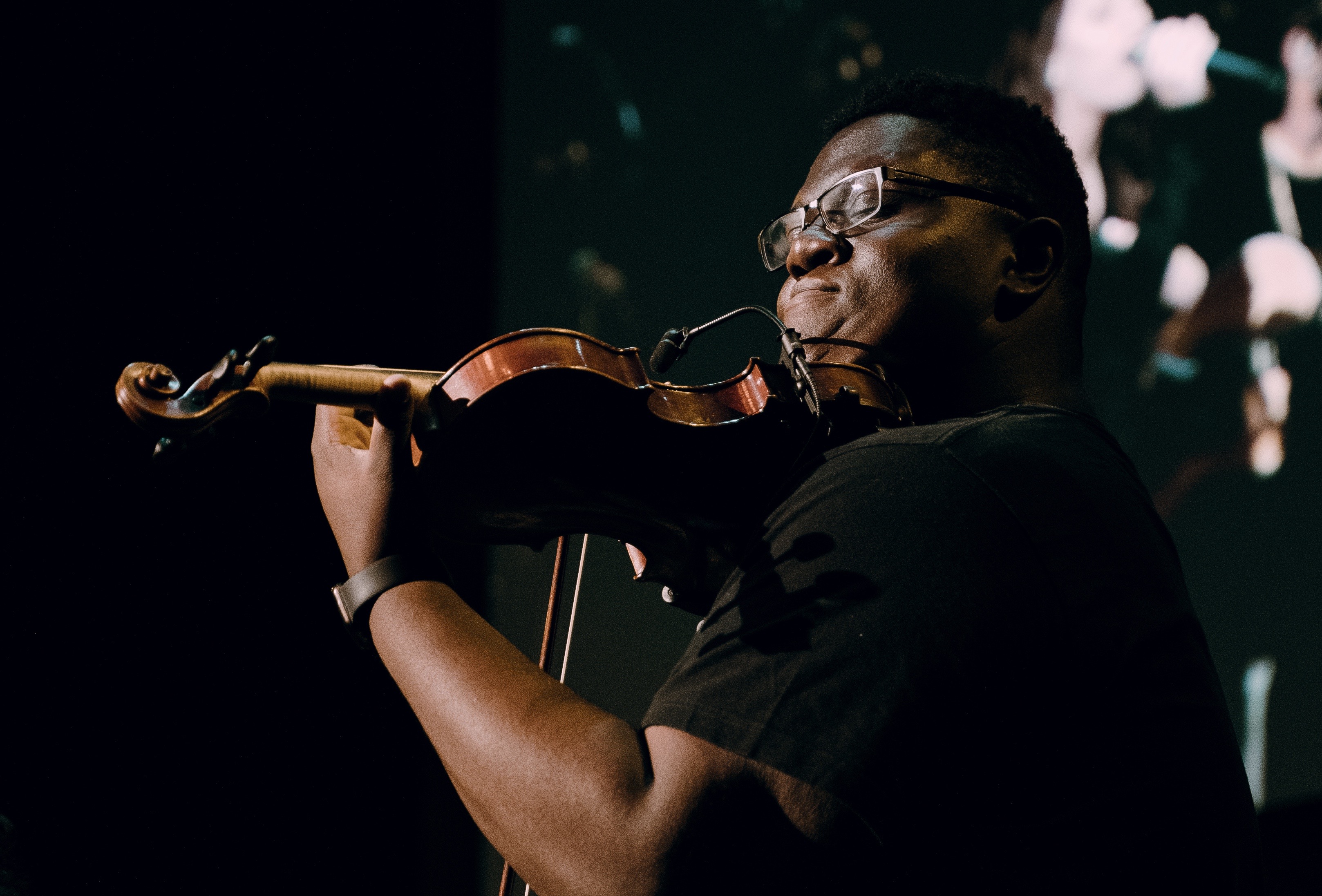 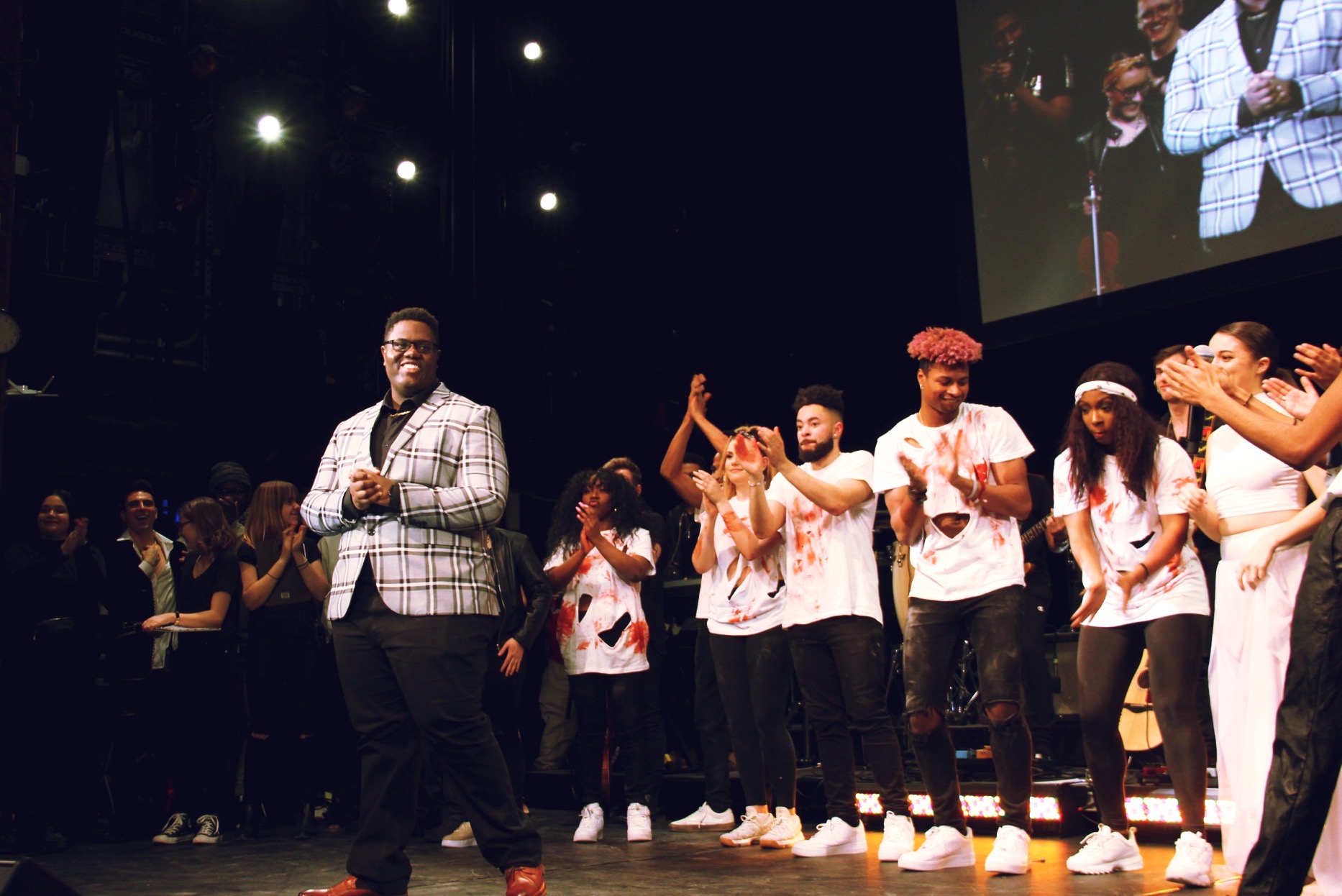