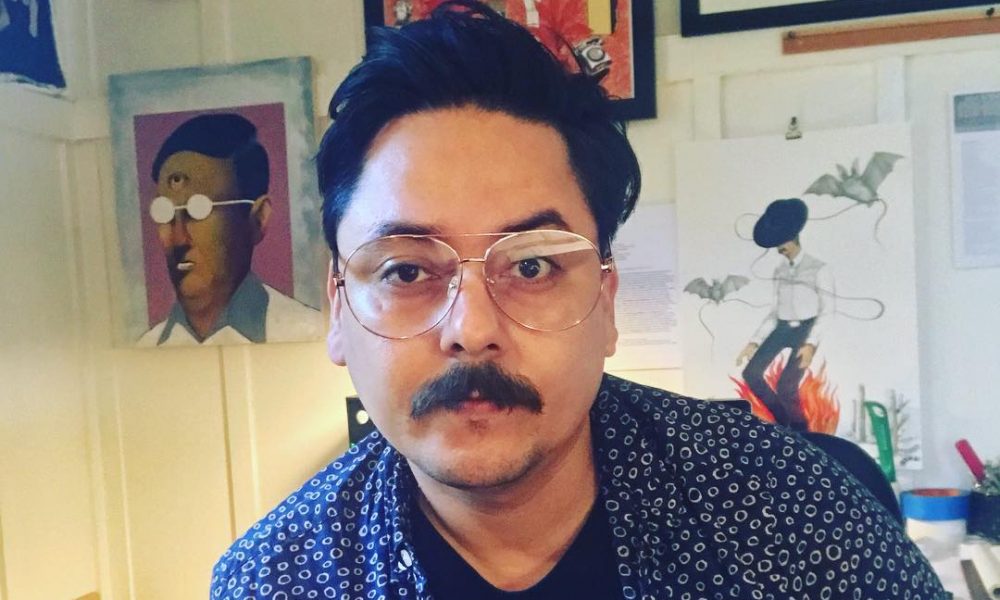 Today we’d like to introduce you to Jay Torres.

Thanks for sharing your story with us Jay. So, let’s start at the beginning, and we can move on from there.
I moved to Southern California from Texas in the 90s. I lived in an area called Norco which is in Riverside County and is known for lifted trucks with confederate flags and horse trails instead of concrete sidewalks to accommodate the “rural” aspect of the town.

As a young, skinny punk rock Mexican kid with pierced lips, you can imagine that I fit right in. I lived in Downtown Riverside until 2004 when I decided to move to Los Angeles in order to pursue playing music which ultimately took me close to ten years to figure out that it wasn’t for me. Suffice it to say, I’ve drawn and made art since I was five years old.

Between working odd jobs and playing in several bands over the years, art had always just been a personal pursuit that I kept to myself. That is until I decided to make art my full-time career. It was then that I enrolled at ArtCenter College of Design and later graduated with a BFA in illustration.

Since then, I work primarily freelance and have had the good fortune of being included in some pretty reputable group shows.

Has it been a smooth road?
It’s been rocky, to say the least. I’ve had many day jobs that weren’t consistent with my artistic pursuits which comes with the territory. I’ve shared squalid apartments with four-five people at a time. I’ve had to go weeks only eating Top Ramen.

Like every creative, I’ve struggled through some difficult work experiences that had nothing to do with my career path just to keep the lights on. Not to mention when you’re freelance, working consistently for no less than eight-ten hours a day on your craft doesn’t mean you’re going to see financial compensation right away. It’s definitely been a waiting game more than anything in terms of getting paid.

We’d love to hear more about what you do.
I consider myself an illustrator and freelance creative director to a certain degree. Illustrators, above all else, are visual problem solvers. I enjoy being hired on to solidify someone’s vision for their business, band, coffee shop, what have you. I also dedicate as much time to freelance work as I do my personal work which is a little more on the playful and loose side. It’s nice to step away from the rules of illustration and just allow myself to stumble and experiment.

It’s a difficult thing to stand out in this industry, so I find that if I just love what I do, then it comes through in the work. I rarely take anything on that I can’t get fully behind creatively. I guess I’m proud of that to a certain degree.

Let’s touch on your thoughts about our city – what do you like the most and the least?
Oof. How long do you have? I’ve lived in Los Angeles for close to 15 years, and like any Angelino, I fall in and out of love with the city regularly.  LA welcomes with open arms, and while you’re falling in love with it, it’ll steal your wallet out of your back pocket and then pretend to help you find it.

At the same time, the opportunities for artists and creatives like myself are plentiful if you’re diligent and honest and hard working enough. I still feel like I’m in the ring with Los Angeles, so to speak. Sometimes I get knocked out and sometimes the bell is rung before I hit the ground. The trick is to keep getting back in the ring. It pays off in the end.