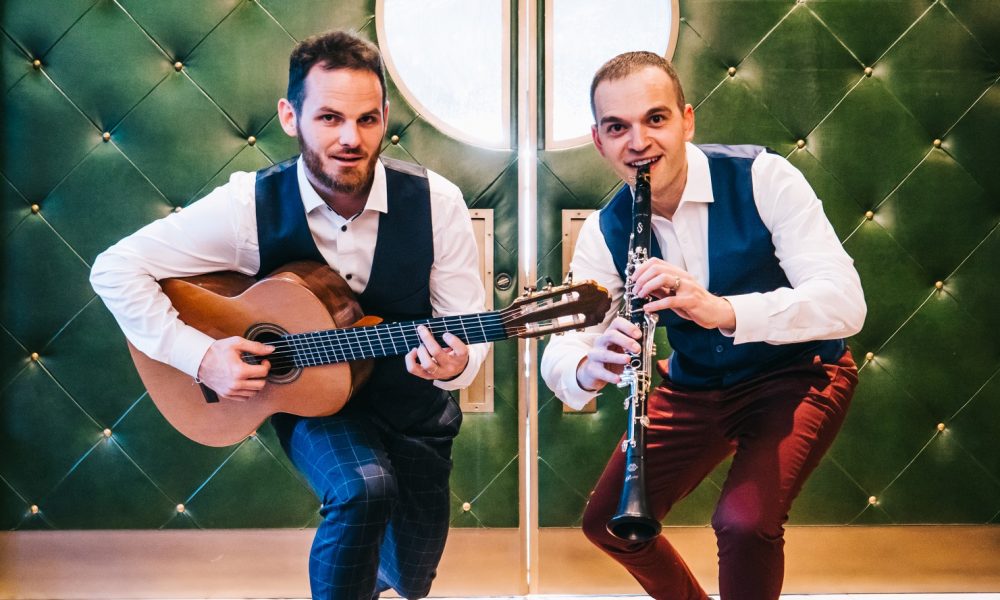 Today we’d like to introduce you to Jaxon Williams.

Thanks for sharing your story with us Jaxon. So, let’s start at the beginning and we can move on from there.
I grew up playing music since I was five years old. My mother was a piano teacher, so naturally I started on the piano. Also naturally, being taught by my mom didn’t work out so well, so when I was six years old I switched to the Classical guitar. After my first lesson, I never looked back and honestly can’t even remember a time when playing the guitar wasn’t a part of who I was. Playing the guitar also meant that I had access to the same instrument that could play popular music as well, which is something that many Classical instruments don’t necessarily take part in, and I took part! As my musical interests were pulled left and right, I found myself at once on the inside and the outside of the Classical world. As such, I was exposed to playing in many other styles, and I really grew to love traditional folk styles around the world; particularly Flamenco. As I made my way through getting a Doctorate in Classical Guitar performance, I played as a soloist and in a variety of groups until I eventually met Clarinetist Wesley Ferreira while working on a recording project.

We clicked instantly on a musical and personal level and decided to form a duo. Wesley grew up a Third Culture Kid in Canada, son of parents who immigrated to Canada from the Portuguese Azores. Now living in the USA, Wesley grew to appreciate the mixing and coexistence of many cultures, and while a classical musician by training, also developed a love for folk music around the world. When we formed Jâca, our idea was to perform music that, much like our own life and musical experience, doesn’t belong in any one place and is really beyond classification or genre. And that’s just what we’ve done since! We’ve been commissioning, arranging and composing music that highlights the beauty of many cultures both individually and collectively, and trying to spread a message of positivity about multiculturalism through music.

Great, so let’s dig a little deeper into the story – has it been an easy path overall and if not, what were the challenges you’ve had to overcome?
Because our music is difficult to fit into a genre, we really struggled at first finding the right audience to perform to. We started in the Classical chamber music world exclusively and were pretty well accepted. As we continued playing in that sector, we found ourselves wanting to expand out to reach more of an audience and we started mixing more world music influences into our repertoire. We really liked finding and playing music that was classically written but had folk music from around the world injected into it. There was a point where the Classical music sector felt we were too wild and the more popular sectors worried we were too classical so we felt a bit stuck. Eventually, we really started to focus more on creating a new space for new clarinet/guitar music to be created/played. The result was not needing to be classified by any particular genre at all. We have been actively working with composers around the world to write new music for our duo, and we ourselves also write music for clarinet and guitar. We generally try to find composers that have their own personal multicultural experience and ask them to write something reflecting that. The result is an amazing blend of styles that we have an absolute blast with.

Please tell us about Jâca.
Jâca really at this point, almost has its own definition for us. It’s a fascination with and proud involvement in the spreading of, educating about, mixing of, and appreciation of culture and multiculturalism worldwide. When we play a concert or have a residency in a community, we go there to play music, talk about culture, learn about the culture we’re in, and share our experience with others.

We’re very proud of the JCEP (Jaca Cultural Exchange Program), a donation-based program that we created to align with our message of positivity around multiculturalism. In addition to traditional merch at a show, we offer sales of culturally significant items from places we’ve been to play concerts around the world. We donate 100% of those profits to an underserved musical community to give them increased access to music. Last year we collected items from Colorado, Portugal, Ecuador, Oregon, Wyoming, Tennessee, Florida, France, and Spain and raised money for the students of the Festival Internacional de Musica in Loja, Ecuador.

Is there a characteristic or quality that you feel is essential to success?
If we didn’t have the chemistry we had, we probably would’ve been dead in the water before we even started. Because we have such a good working relationship, we’re able to constantly evolve together and stay on the same page artistically as we make changes and improve. It has been a key component of finding our musical identity, and without an identity it’s only a matter of time before a group falls apart. 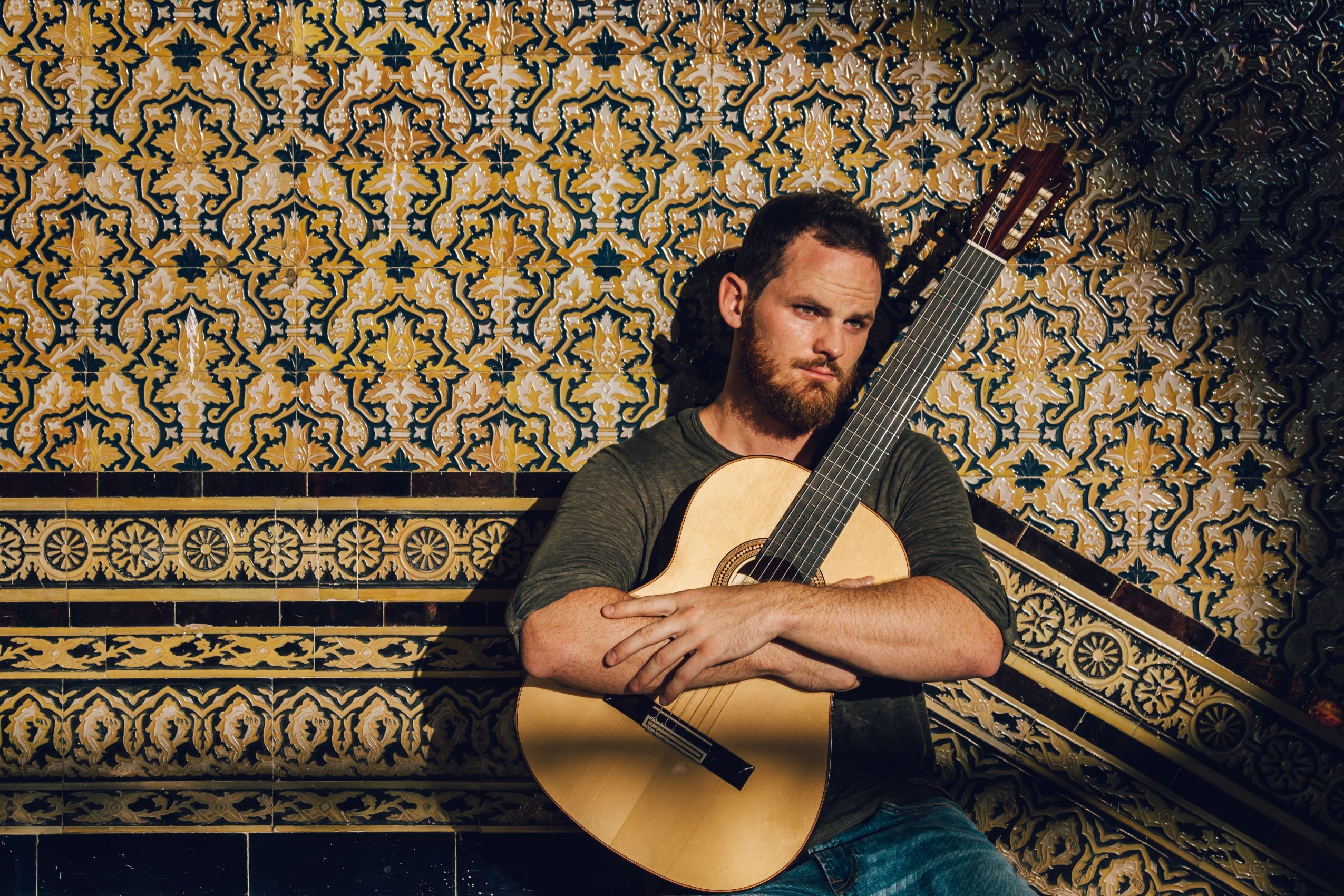 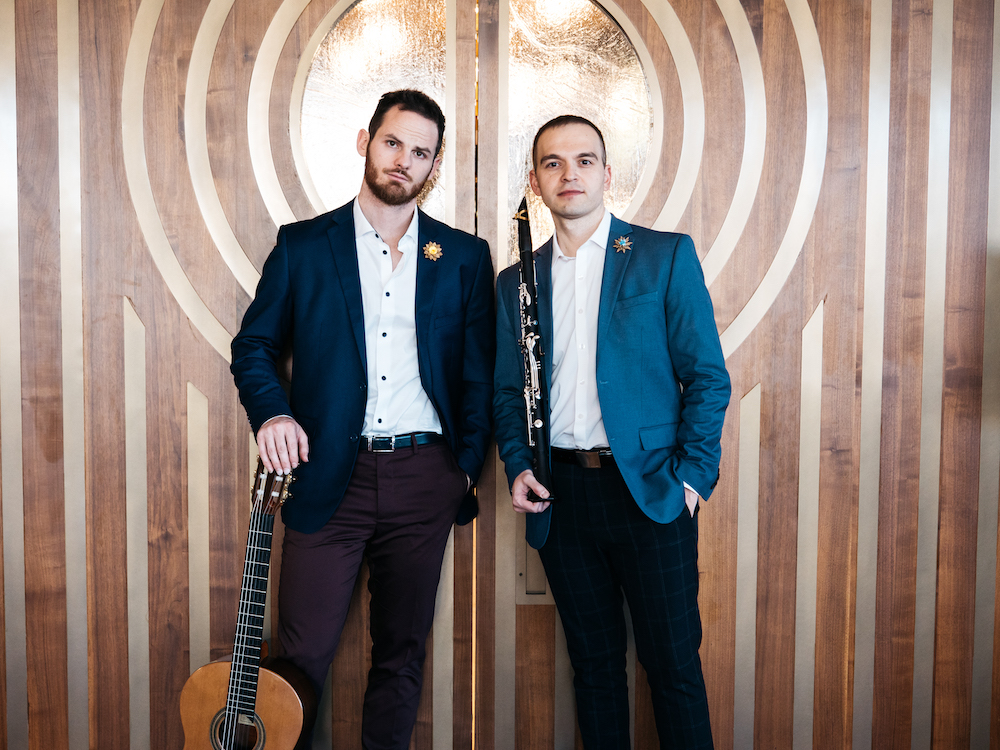 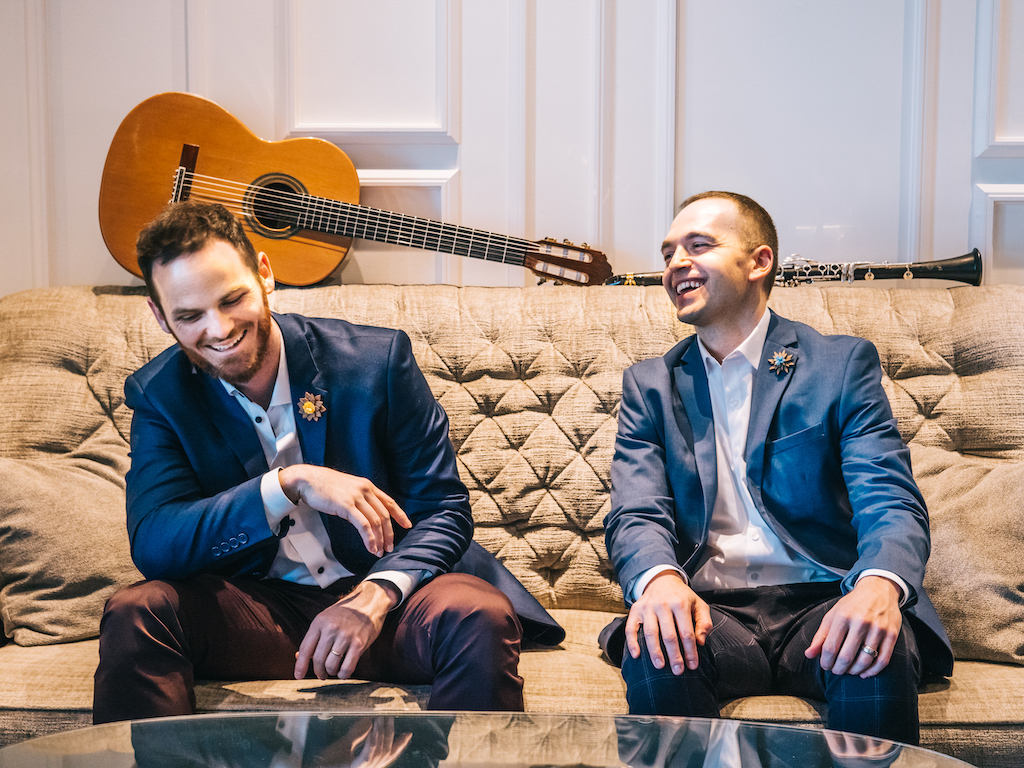 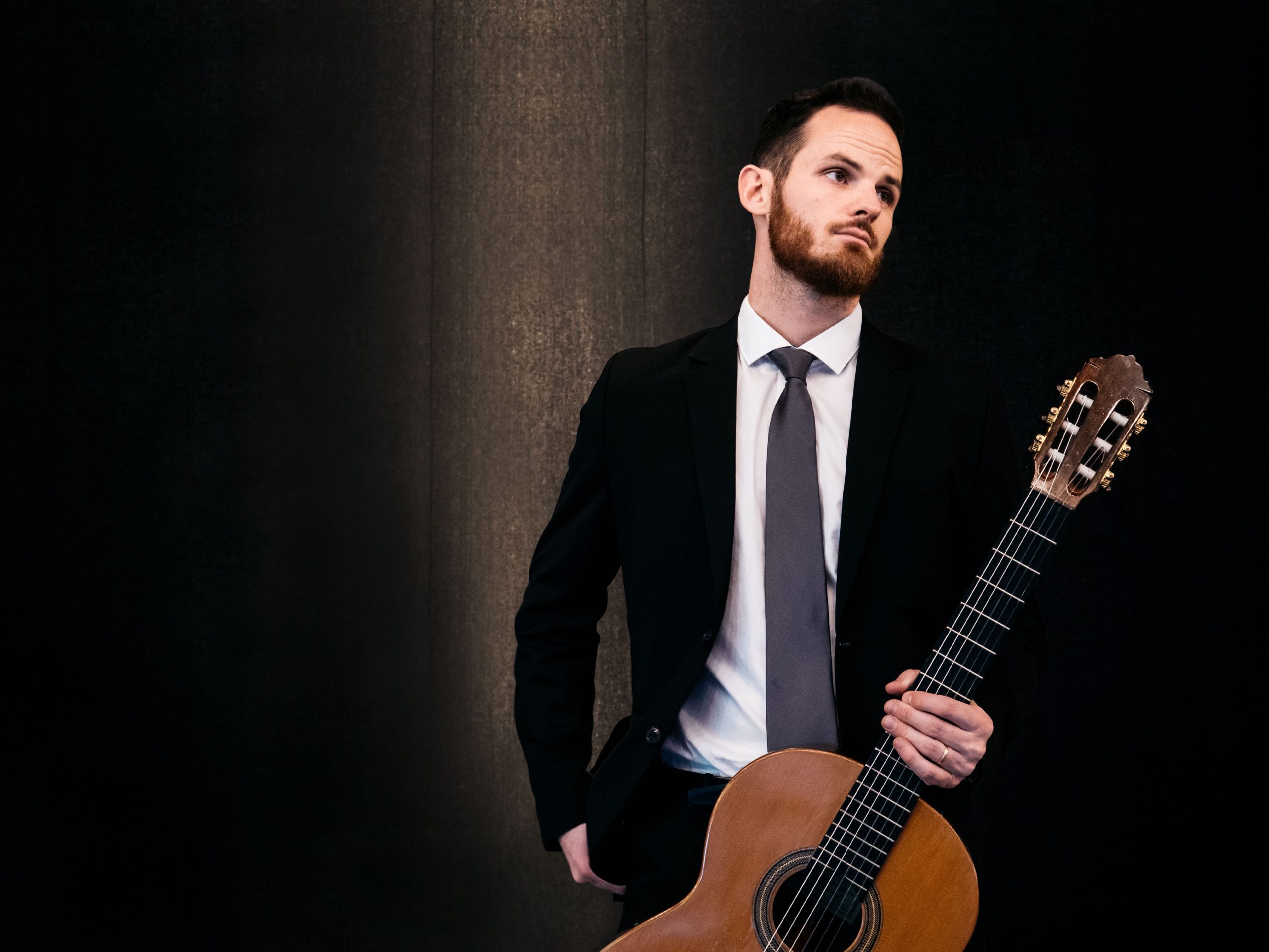 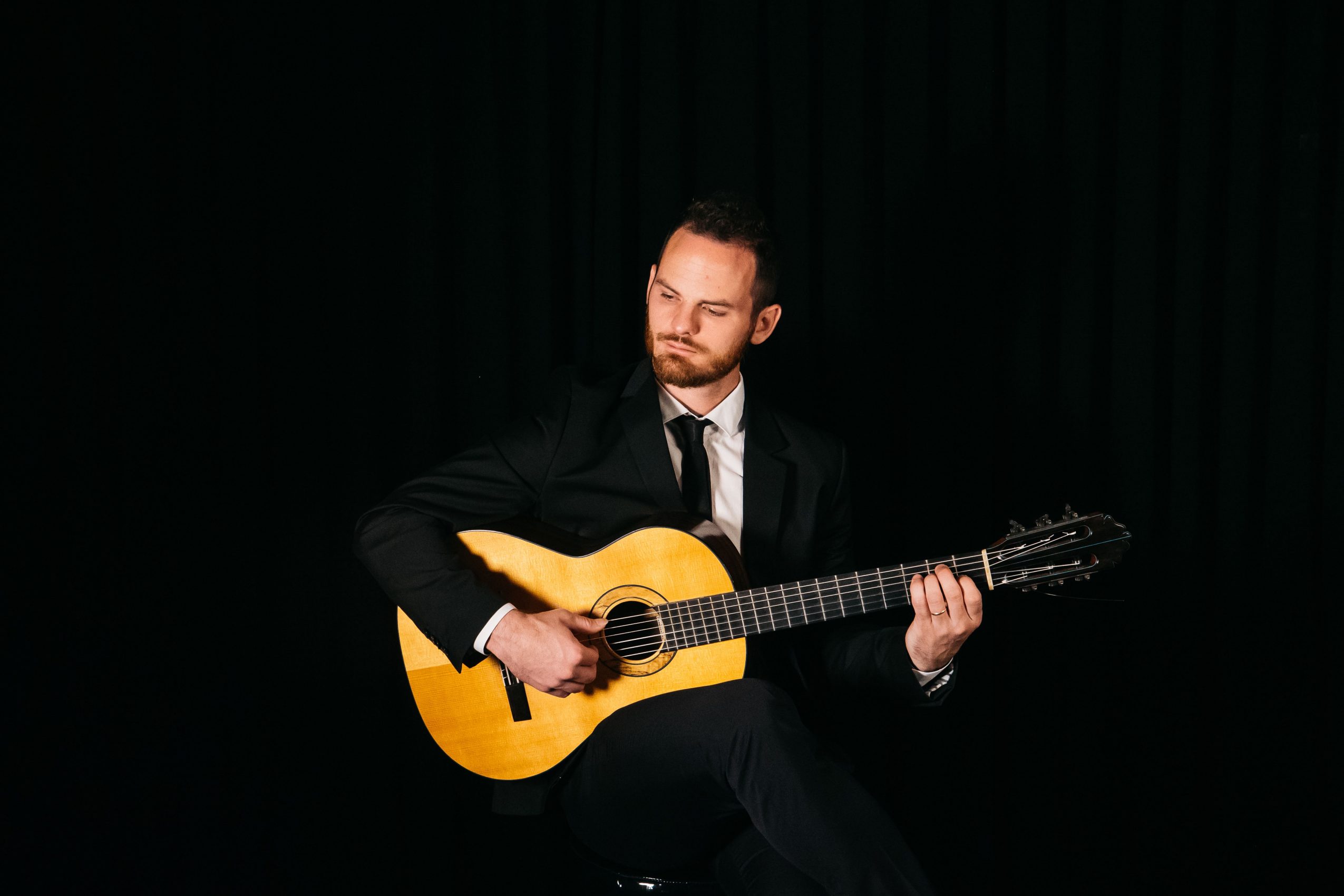