Meet Jax Ball and Harim Sanchez of HiJax in Alhambra 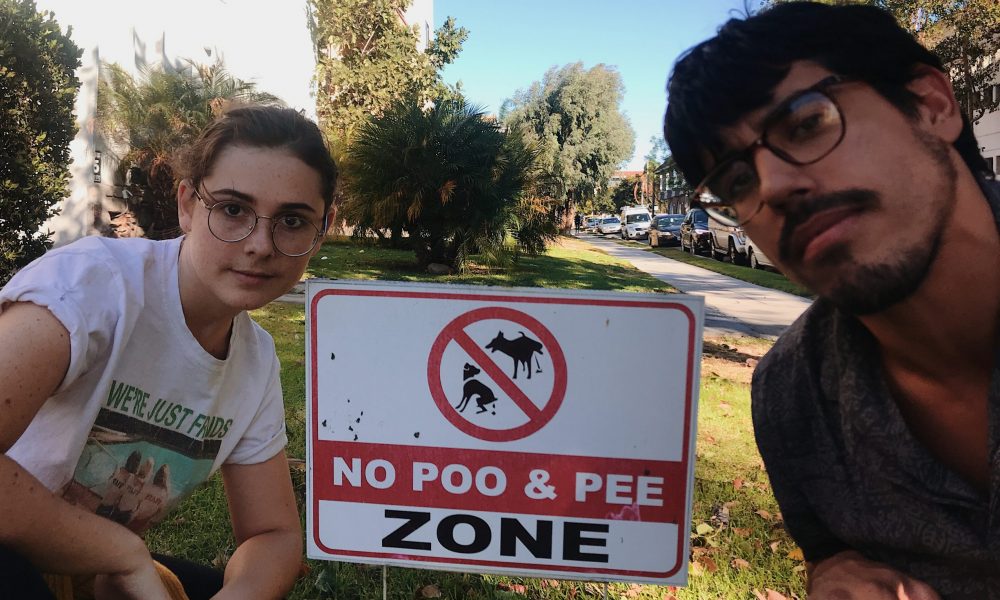 Today we’d like to introduce you to Jax Ball and Harim Sanchez.

So, before we jump into specific questions, why don’t you give us some details about you and your story.
We met at the Hollywood Fringe Festival a few years ago and have been working together ever since. We noticed that we share a lot of the same beliefs: ideas of what a story looked like, how certain stories should be approached, how self-aware a piece is (very important!). Also a sense of humor, we’re both fans of the same dumb comedy, although Harim has more of a background with physical comedy, and Jax is more of a pun person.

Fortunately, we’re both huge DIY types, and since we’re both able to do a lot of different things, we’re able to make art in a lot of unique ways. (“This time, Jax will make puppets, and Harim will choreograph the fights” “This time Jax will write and Harim will direct”). What makes us great as a duo is that we both are experienced with different skills, so when one of us is lacking in a certain skill, not only is it covered but we learn from each other and add that to our own individual bag of tricks.

We’ve been working together nonstop since we met- (we hit it off immediately) and two years later, have nine productions together under our belts, and three more in production. Also, we fell in love – that’s a nice perk. But really, at our heart, we’re two people that are trying to bring as much fun into the world as possible. Shit sucks so much as it is, right? We just want to make something worth ambling around for.

We’re always bombarded by how great it is to pursue your passion, etc – but we’ve spoken with enough people to know that it’s not always easy. Overall, would you say things have been easy for you?
We’ve been told “No” plenty of times, but what artist hasn’t? Fortunately, all the rejections we get only make us more determined to make whatever project we’ve been pitching even better. Part of living and doing a lot of art in LA is that you have to convince people that what they’re about to see won’t be bad, and that can be a huge challenge, especially when neither of us have a massive following.

The good news though, is that we learn from what people don’t like, and we keep burning the candle at both ends, and we’ve made some things we’re really proud of. We think it’s much easier to get people invested in a project if you’re wholeheartedly invested as well. We have a good sense of what doesn’t work, but when something does, it’s obvious and that pushes us even further.

Even though it’s frustrating sometimes, we’ve got each other. And we’re both really good at being able to tell when the other needs a final push, or when they just need their laptop taken away and animal fries fed to them.

Please tell us more about your work. What do you guys do? What do you specialize in? What sets you apart from competition?
HiJax is the name under which a lot of our productions fall. It was just a nickname for both of us, but we guess it’s sticking? We’re sort of a one-stop-show shop. We’ve been doing a lot of theater and live performance, and are really proud to be known in the local theater community here in LA, but we’ve started recently branching out into film.

We were really proud to be able to take some of our weirdness to Coachella this past year with Dedo Vabo, and proud to be a fixture of Fringe every year – regardless of how many times we swear we aren’t going to do Fringe again, we just get sucked back in, (we’re addicted to work.)

Something that sets us apart is our dedication to serving the audience. We’re not doing theater hoping that there are agents in the house, we’re not writing plays with an eye on their film adaptation. We’re making nights where people can sit back, and be entertained, and that’s something that feels good to be doing. Our approach is very simple and grounded: if it isn’t fun/engaging, something’s wrong. That goes not just for the audience but with everyone we collaborate, we’re very particular about making the process memorable and enjoyable for everyone.

So, what’s next? Any big plans?
We’ve been in a big cycle recently of pitching our work to various people and institutions, so the big changes will really depend on who wants us. Our most concrete plan for the future is, as always, to make a lot of art.

Jax recently started working with Netflix, so that’s been sort of inclining her to do some more film-related stuff, but our live work is still our current priority. Harim has a comedy play he wrote and is directing coming up in February called “R.I.P. Inc.” That’s the newest thing we have coming out that’s HiJax related.

Hopefully, within the next couple of months, a few exciting things we have in the works will be more concrete, and we’ll actually get to talk about them… 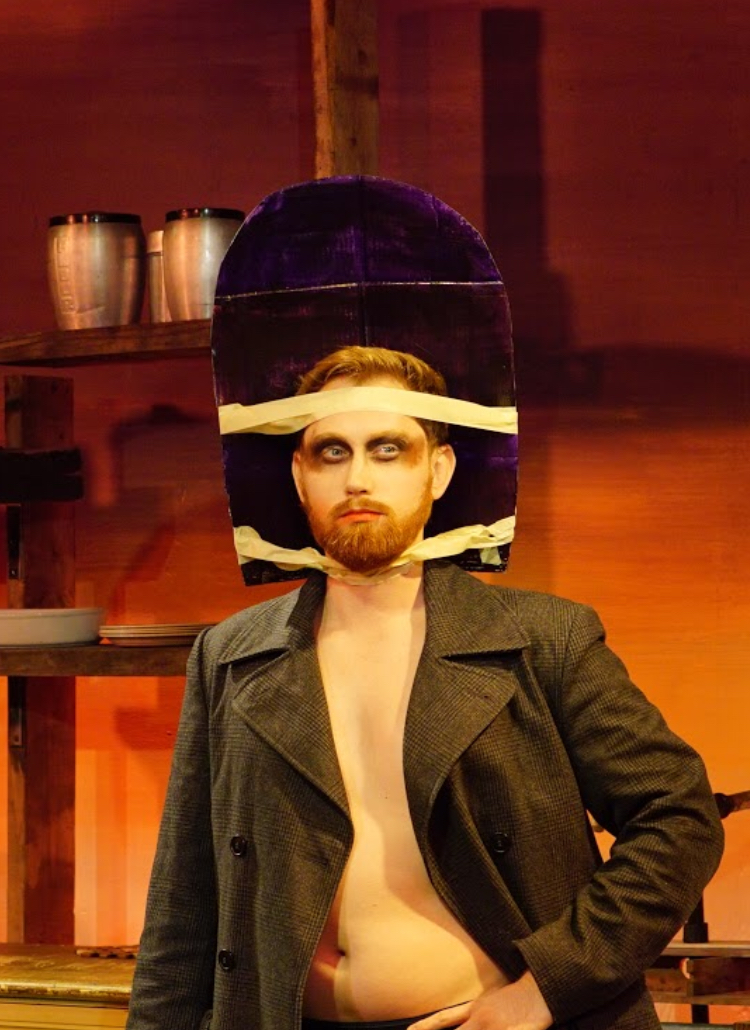 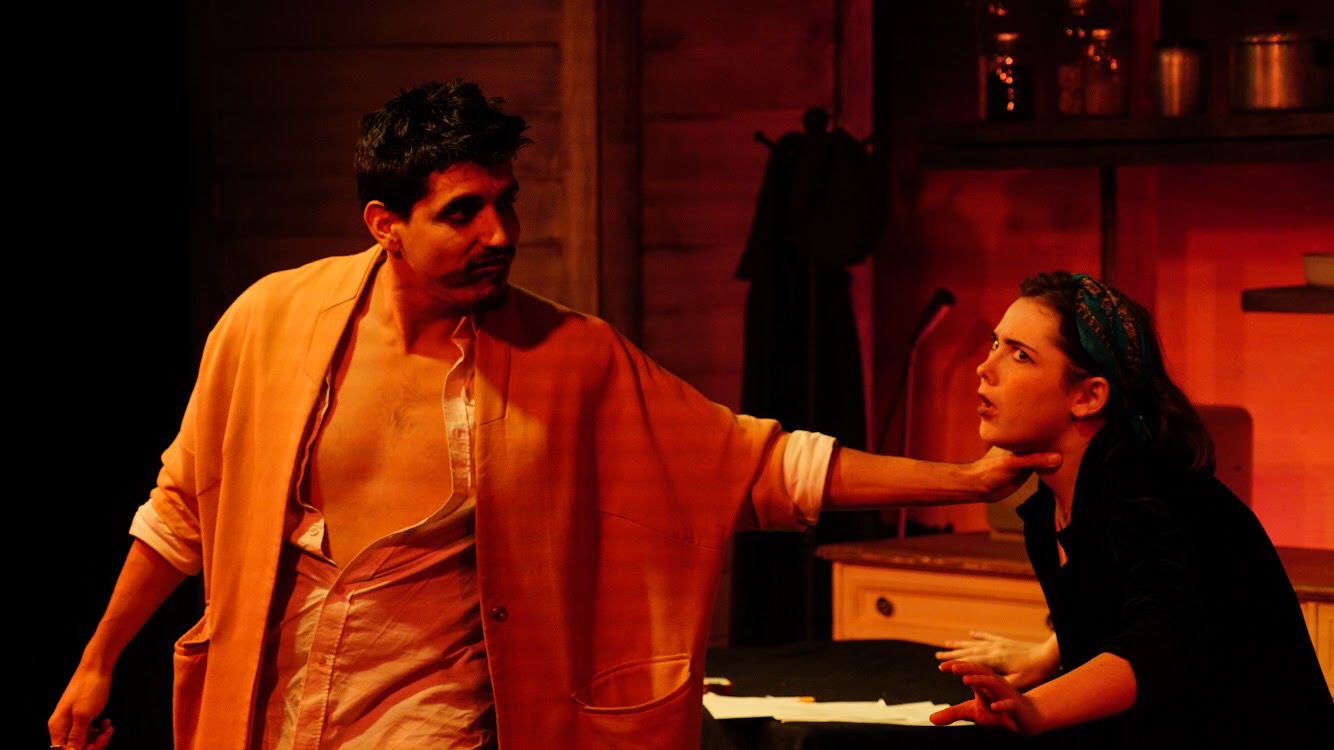 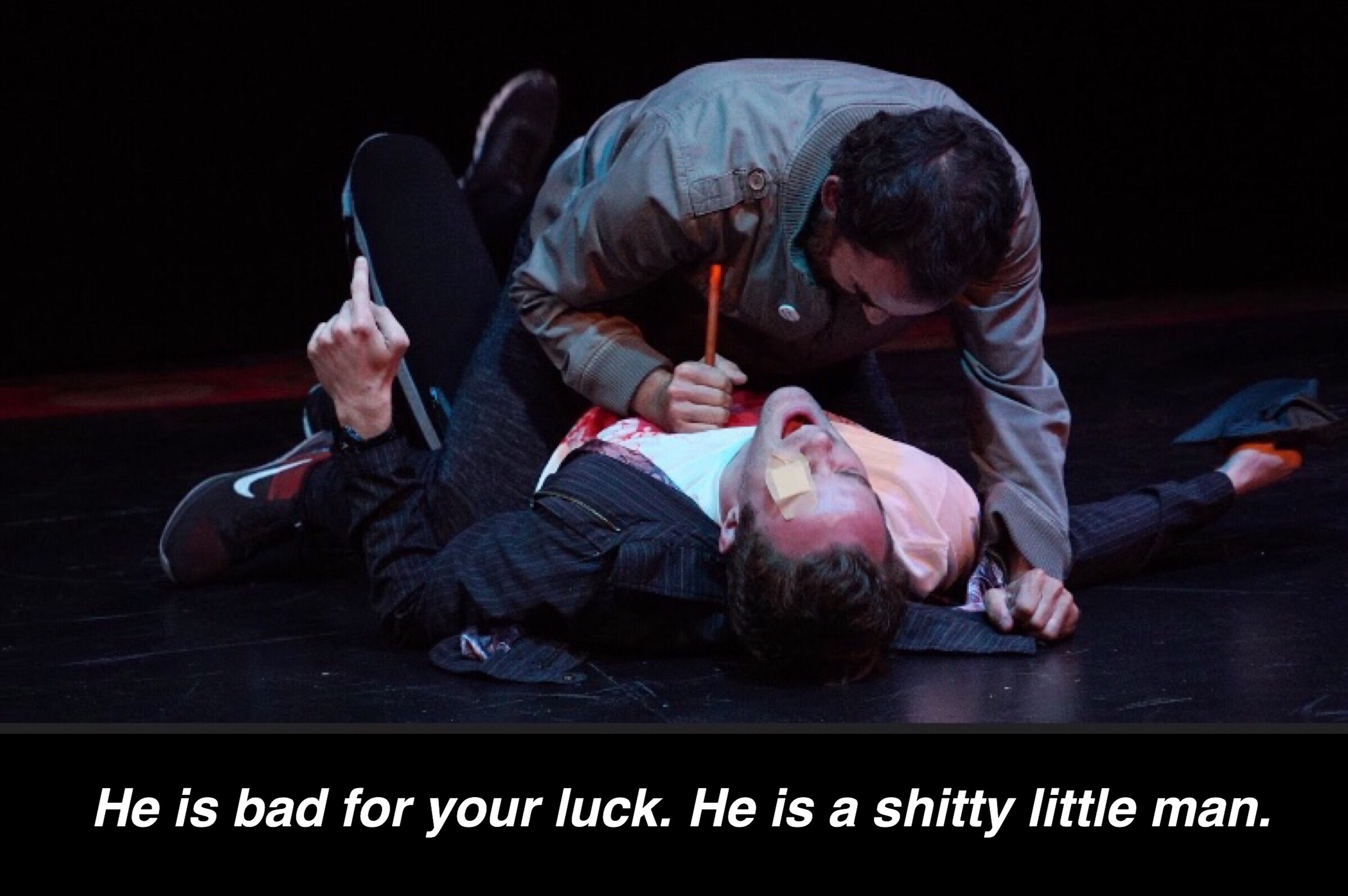 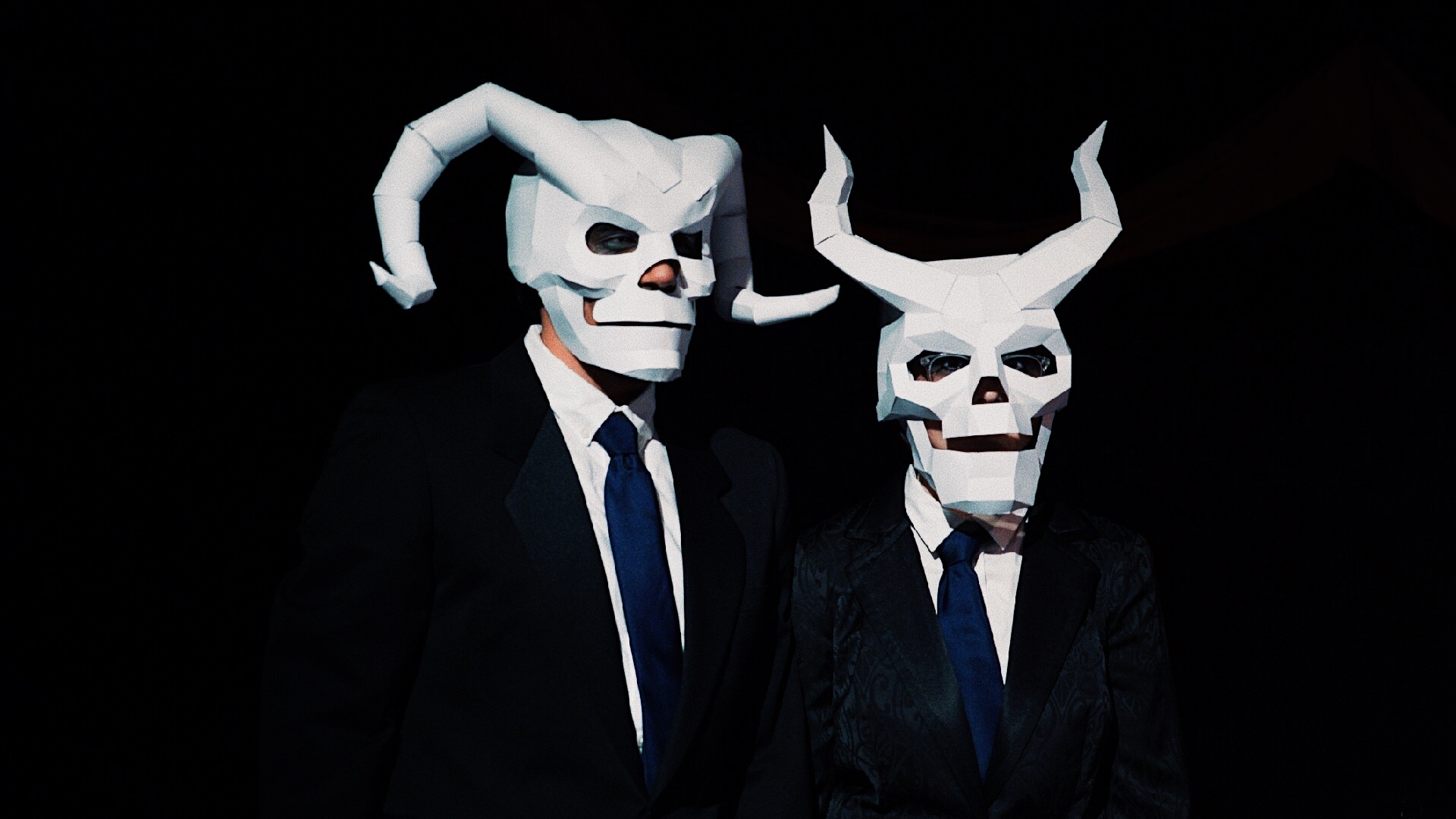 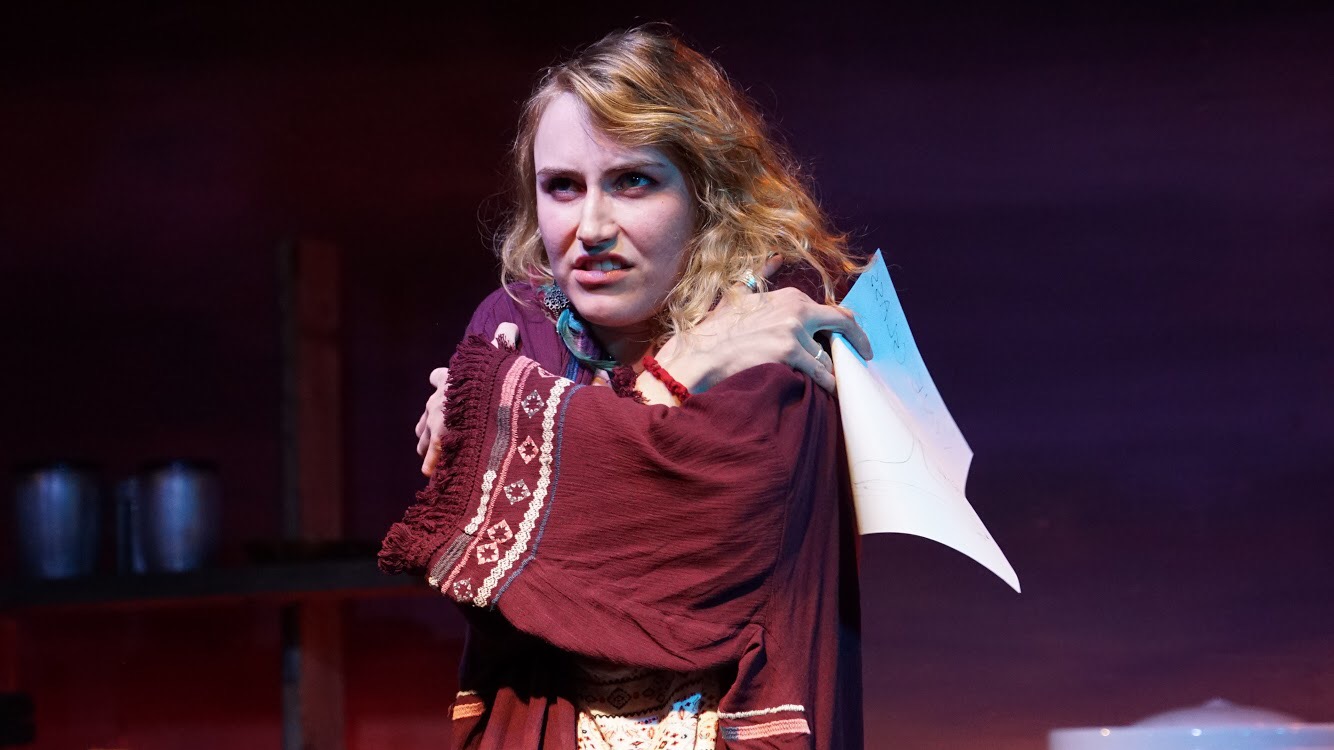