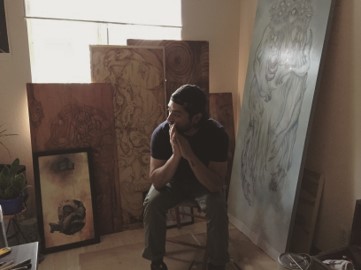 Today we’d like to introduce you to Jasser Membreno.

Jasser, please share your story with us. How did you get to where you are today?
Since the time I could lift a crayon, I’ve been creating art by exploring the whimsical worlds and characters in my mind. As a kid I was obsessed with comics, cartoons, and fantasy/adventure movies. Unlike most kids, I was also obsessed with horror films. This fascination with fantasy/horror characters and stories is what enabled me to continue to find excitement in art and films. After I graduated high school I can’t really say I had a concrete plan as to how or where I would explore my artistic path next but I did know it had to involve the Arts and Entertainment. I enrolled in Santa Monica College (SMC) where I obtained an Associate’s Degree in Interactive Media. After SMC, I worked for about 2 years as a Graphic Designer and soon after decided to return back to school and study Film/Animation at CalArts were I learned a whole other form of Art & Film making. Since graduating from CalArts I’ve had a chance to work professionally across many platforms including feature films, music videos, commercials, video games, animated and live action shorts, book illustrator and author, app development and graphic design work.

Great, so let’s dig a little deeper into the story – has it been an easy path overall and if not, what were the challenges you’ve had to overcome?
In retrospect, I can say it’s been quite the roller coaster. The biggest struggle I’ve dealt with is staying the course as independent artist; continuously believing in your voice. Feeding and maintaining that well of creativity is a challenge. I believe that those challenges are part of what makes an artistic endeavor of any kind worthwhile; creating result as monumental as can be. I perceive the challenges I’ve faced like fuel and a source of inspiration for my work. I can’t say it’s been a smooth road; that would be quite boring actually. It may say sound cliché but all I know is that as long as you believe in your dreams/goals, anything is possible. Well, along with tons of hard work and dedication, of course!

What else should our readers know?
I’m a LA-based creative constantly exploring the world through a unique artistic filter. I live to share my explorations with those who are willing to enter. There are a lot of amazing projects I’m working on. I’d love to let the readers know about them. I’m currently in the process of developing an animated monster’s series named Monster Bash. I wrote, illustrated and published a bilingual book called Thoughts/Pensamientos in 2016, which is a compilation of English and Spanish poetic words, accompanied with matching illustrations. Volume 2 of Thoughts/Pensamientos is currently undergoing an editing process and is set to be published in 2020. I’m also gearing up to present some new artwork in an upcoming group show in Fall 2019 in LA. Lastly, I’ve been developing a fantasy/adventure film with an awesome co-writer and ideally would love to put in front of someone like Guillermo Del Toro, a director whose work I admire!

What moment in your career do you look back most fondly on?
Most proud moments come to me after I’ve created a piece of work and can share it with the world. I find it quite exciting when people ask, “how the hell did you come up with that?!” There have been several moments like this in my career and I know that there are many more to come from the future characters/worlds that I have yet to create. 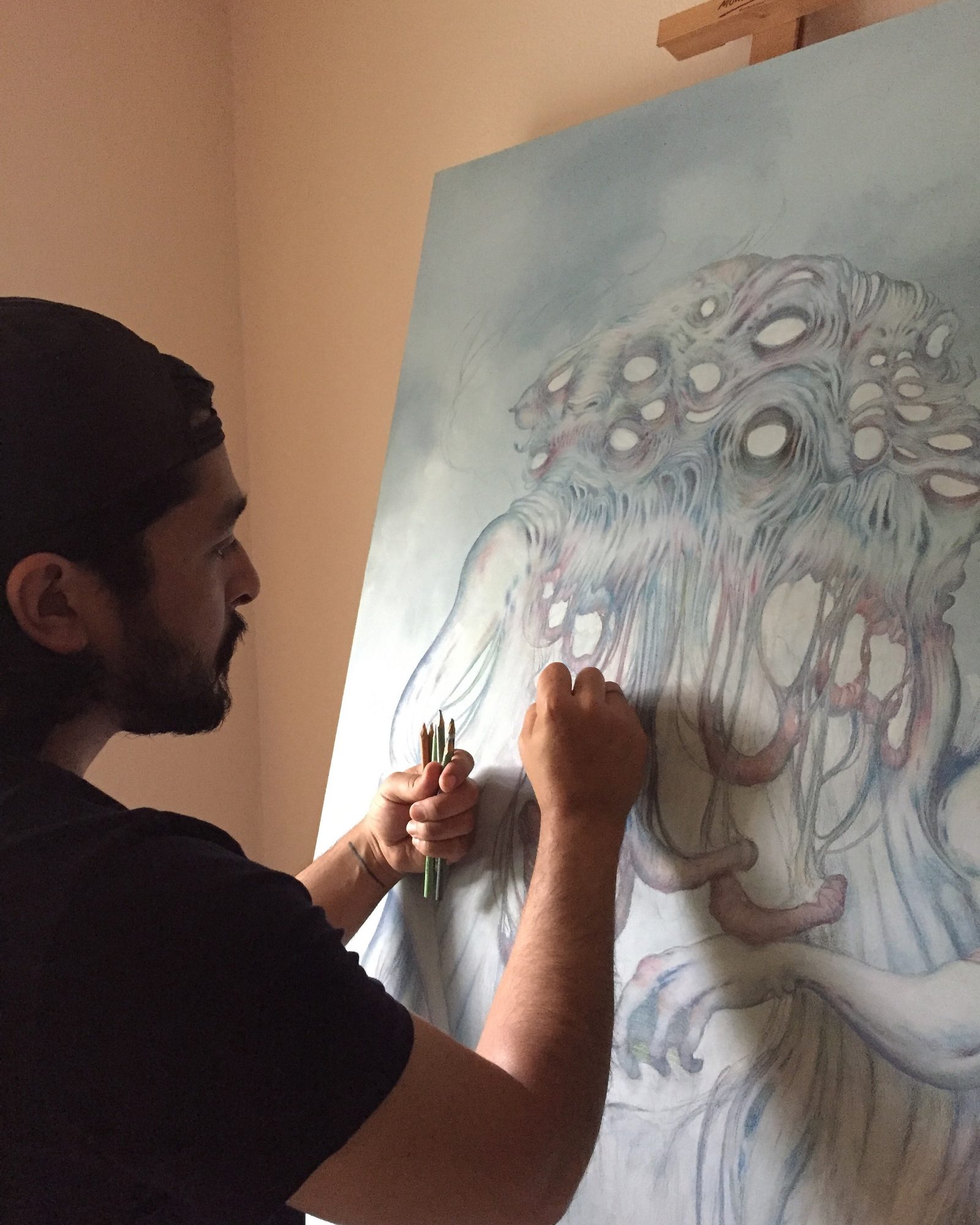 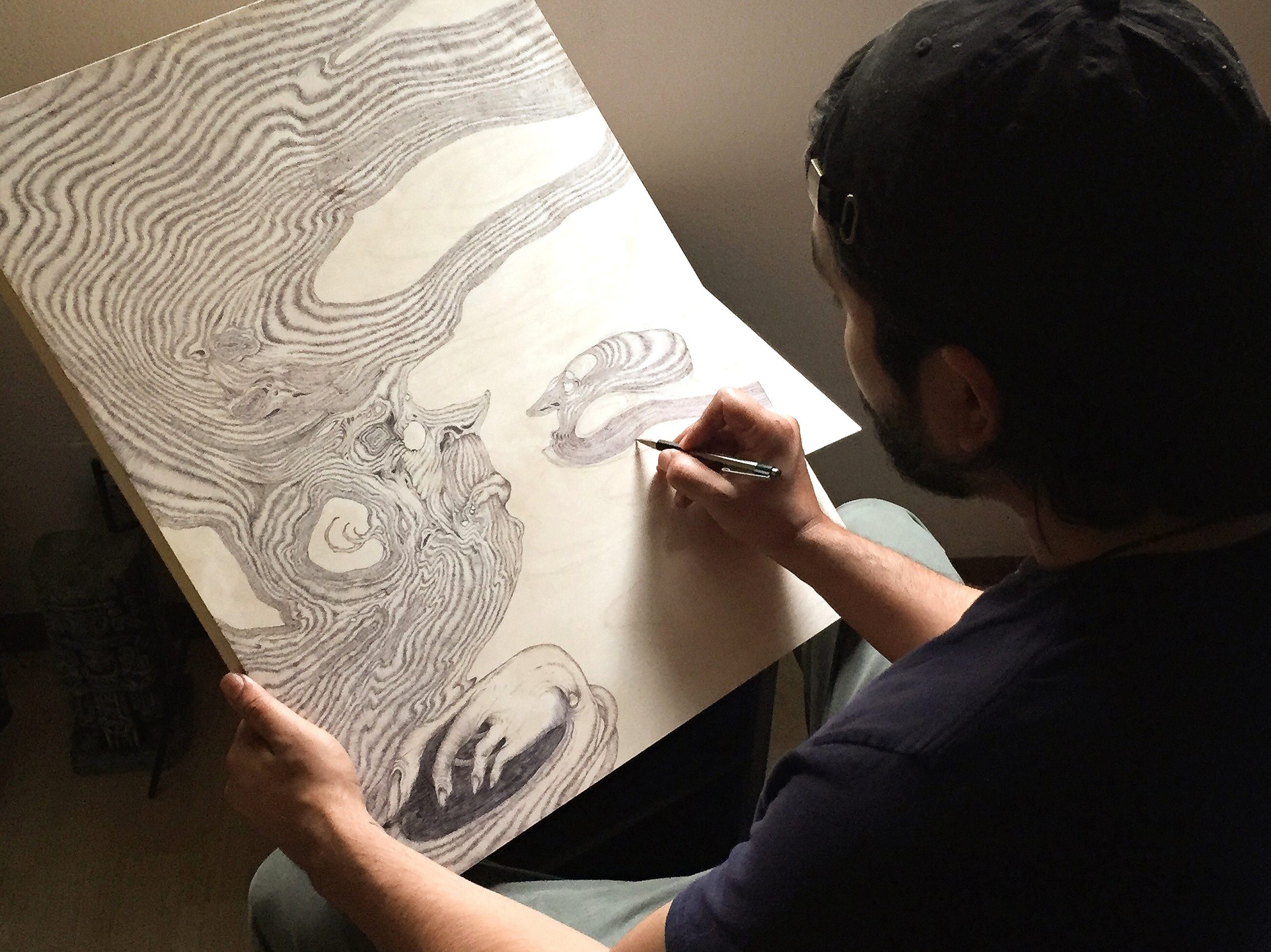 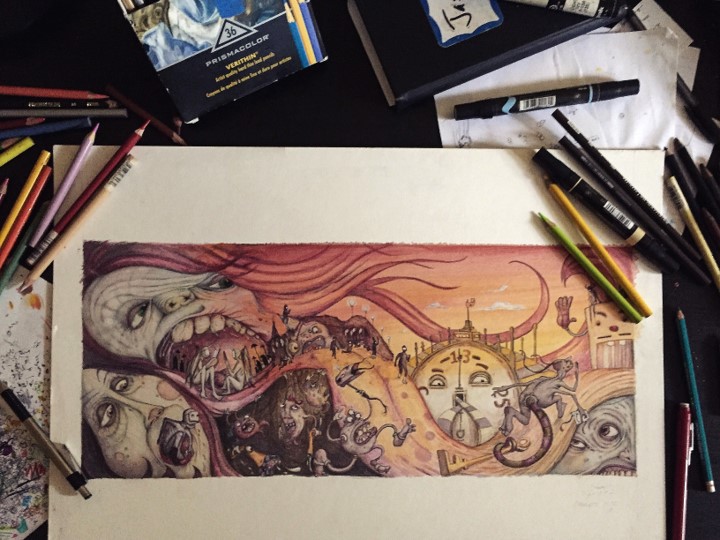 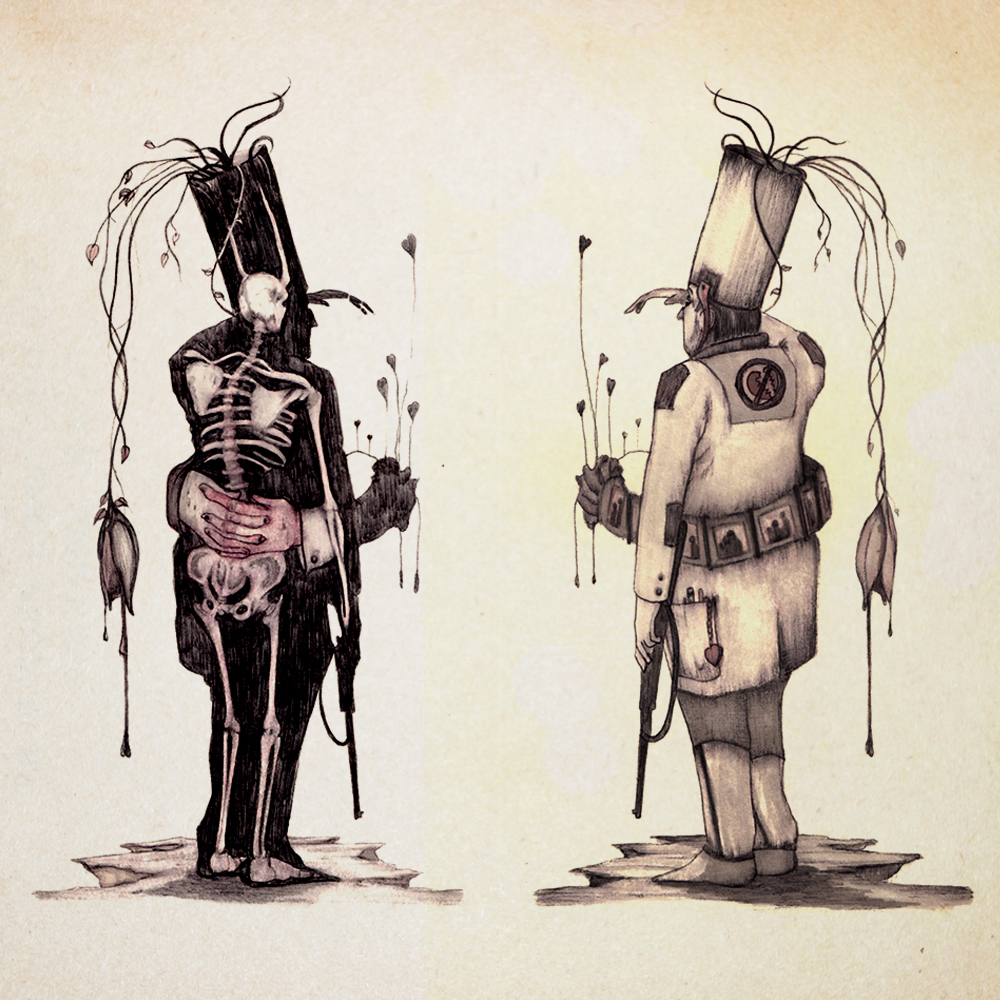 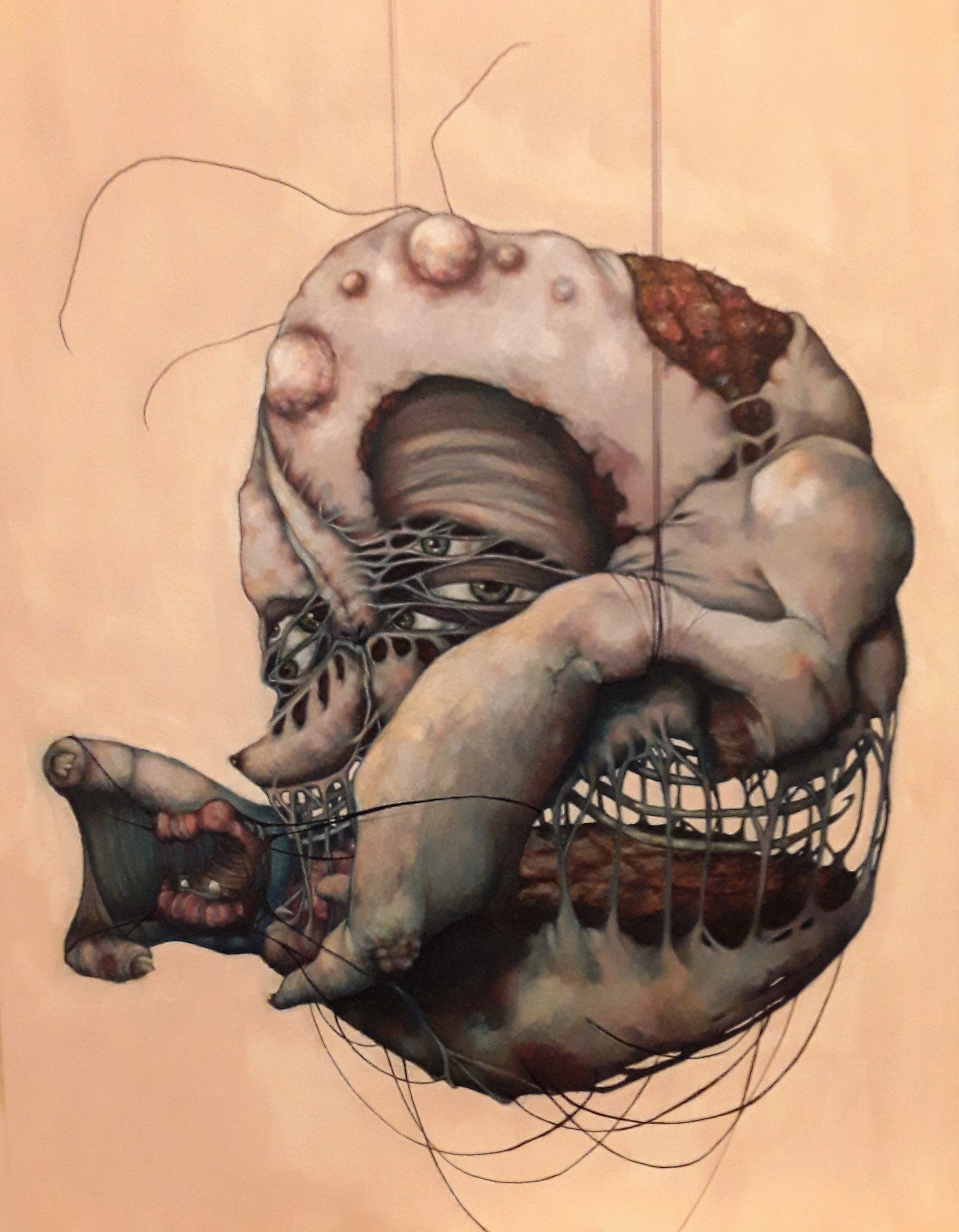 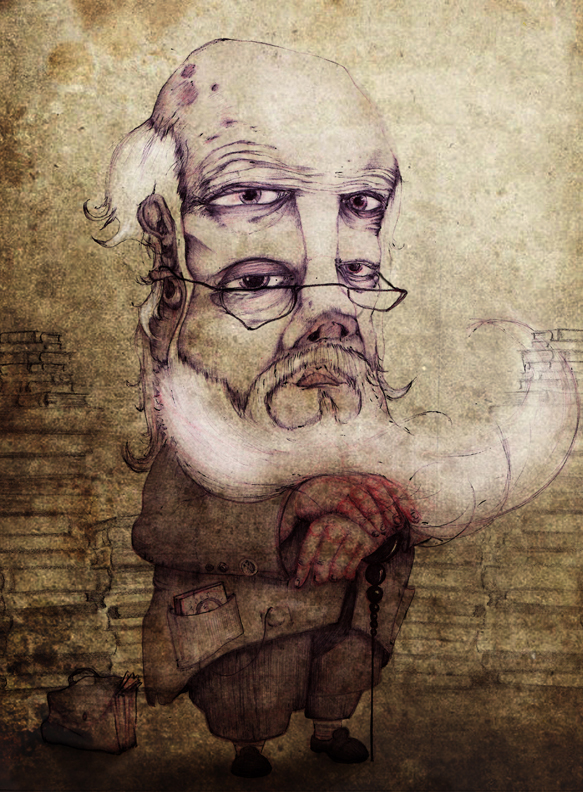