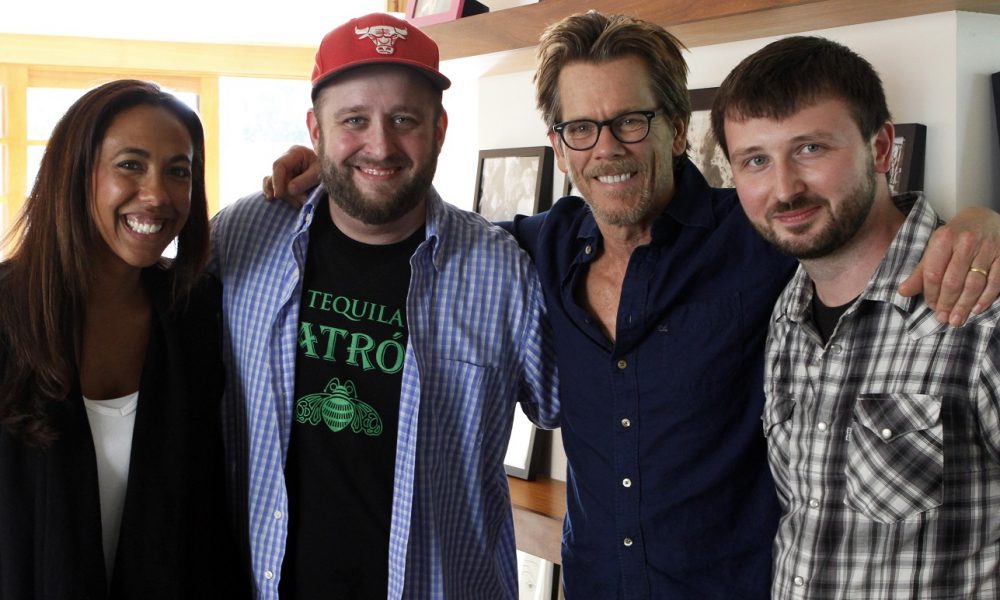 Today we’d like to introduce you to Jason Sereno.

Jason, can you briefly walk us through your story – how you started and how you got to where you are today.
I grew up in Mazon, Ill., (pop. 800ish) and graduated from Southern Illinois University in 2004; my major was journalism with minors in English and beer bongs.

At SIU, I played guitar to pay the bills before getting hired at the school paper. The time I spent reporting and writing features gave me a real appreciation for the working class journalists who inform and protect our citizens. During this time, I also fell in love with poetry and had a few works published in literary journals.

After graduating, I moved to Los Angeles to pursue a screenwriting, which had been my plan since junior high. I worked temp jobs, wrote freelance magazine articles and even had a stint as an action sports publicist during my first few years in LA. One of those temp jobs led to a position at a small production company, where I quickly moved up to marketing director and oversaw the production of a standup comedy DVD series.

In 2008, I applied for a craigslist job that was looking for a “beer spokesperson.” The beer was Budweiser and, after five interviews and a 30-day intensive training program in St. Louis, I became the traveling face of America’s Lager.

But Budweiser was bought out by a foreign company and everyone lost their rides. This is when I decided to concentrate on satirical web videos and sketch comedy. I had my first few viral hits on Will Ferrell’s FunnyOrDie.com and would go on to earn 25 million+ views on the site in addition to hosting exclusive content for the brand. Some of my favorite videos from this period were my NBA Lockout League series and Jebediah Jacob’s never-ending rumspringa (Amish Man @ E3, Amish Skydiving, Amish Man @ The X-Games).

After scoring a few more viral hits, including a video that made SportsCenter’s Top-10 Plays, brands started to reach out about producing content for them. This was when the Internet was fun; budgets were big and nobody knew what they were doing, so CEOs would throw cash at young filmmakers to stir up views and engagement.

Today, while I still create content for the Internet and brands, my focus has turned to TV and films. I just finished producing my second feature, a rockumentary on The Get Lost Losers, which will be on the festival circuit next year. I also host and EP an intervention show for ill-equipped video makers called “Kill Your Content” that’s available on Amazon Prime and Facebook Watch. My YouTube channel has grown to about 98 million views.

In addition to this, I’m the co-creator of Dads In Parks, a series of shorts about parenting that plays before movie trailers in 20,000 cinemas. We’ve done 118 episodes in just under three years and are developing the series as a TV show.

And a 44-minute comedy film I co-wrote and directed, “You’ve Got the Part,” debuted at UCB Sunset a few months ago. It’ll also be on the festival circuit next year.

We’re always bombarded by how great it is to pursue your passion, etc – but we’ve spoken with enough people to know that it’s not always easy. Overall, would you say things have been easy for you?
Times were tough when I first moved to LA because the only people I knew were the five other guys sharing a two-bedroom apartment with me. I tried to go to sleep in the living room by 10 PM because the dude sleeping in the dining room started snoring around 11. That first year, I probably ate PB&J sandwiches for 40 percent of my meals. I had no money, no car, and no real contacts, so I did background work and played limit hold ’em at the Commerce Casino to make money. One night, I learned the hard way that LA buses don’t operate at all hours and had to spend my remaining poker fund on a cab ride home.

Temping in LA was hard because a lot of the industries I worked in were full of people who gave up on their dreams. (e.g., “Nobody picks entertainment insurance as a career, but it’s not bad if you can stick with it.”). I knew, if I wanted a regular 9-5 job, I could’ve stayed in rural Illinois. Filling out a physical time card was a real drag.

When Budweiser got bought out by InBev and everyone in St. Louis lost their jobs, it was a real shot in the gut because I planned on having that gig for at least another year and turned down opportunities that came up during the hiring process. The situation was also hard because all the people I’d gotten to know while traveling and working at the HQ were out of jobs too; they were all laid off on the same day and after an anxious company-wide meeting at the Edward Jomes Dome. I realized then that even working for a Fortune 500 Company doesn’t give you any guarantees as far as employment goes.

We’d love to hear more about your work and what you are currently focused on. What else should we know?
I write/produce/direct feature films, TV shows, satirical web videos and digital content for brands. I’m most proud of the relationships I’ve built during the last 15 years between my peers. Blending comedy and advertising to create engagement is probably what I’m most known for. When it’s all said and done, I’d like to be known for telling great stories across a wide range of mediums. I hope that my dedication to my craft, and not just my track record, is what sets me apart from others.

What were you like growing up?
I was a pretty shy kid who was into comic books, movies and pro wrestling until discovering the joy of getting laughs in first or second grade. I turned into a smartass during my teens and then transitioned into a smartass who played guitar, which was more widely accepted. 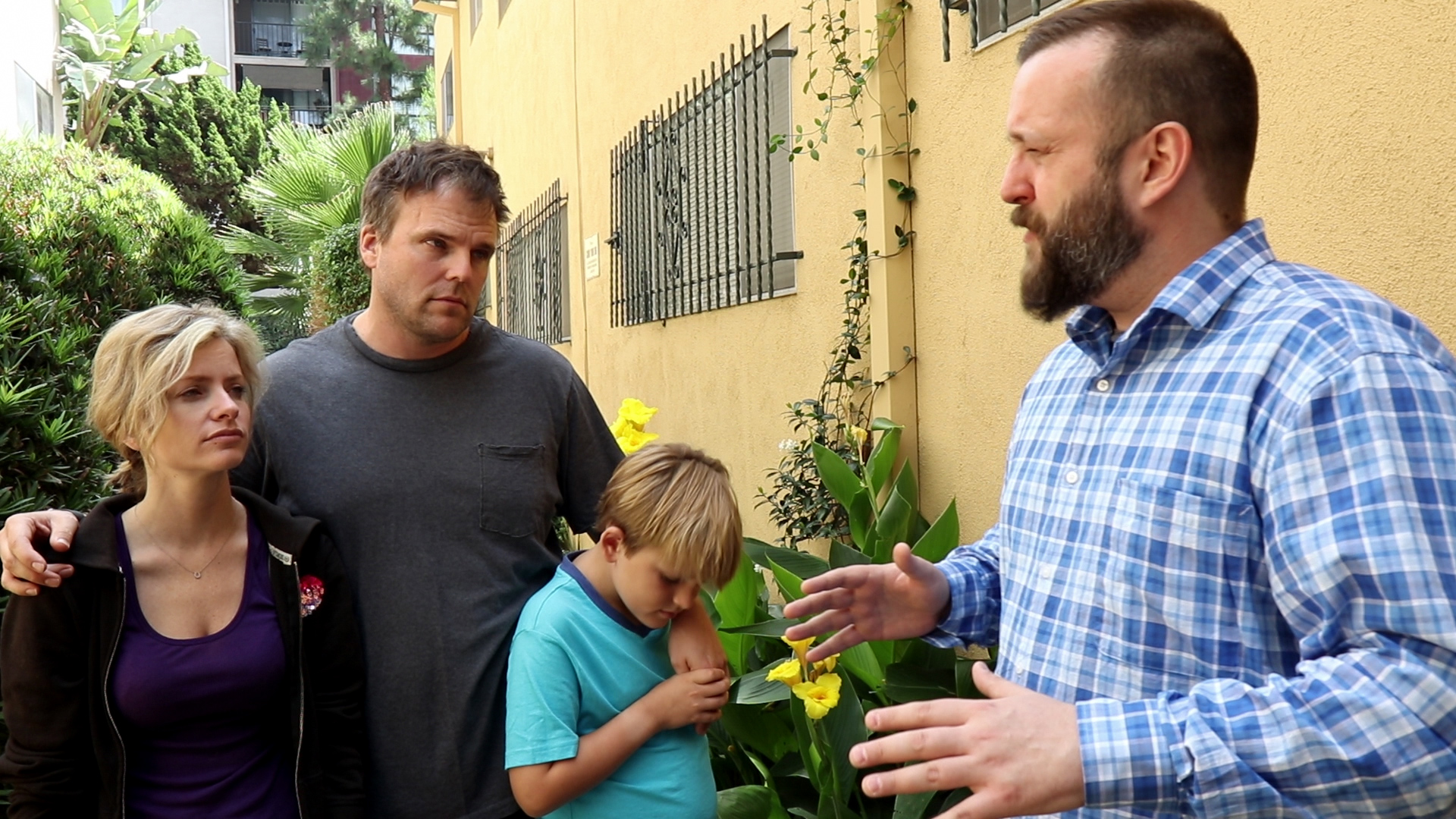 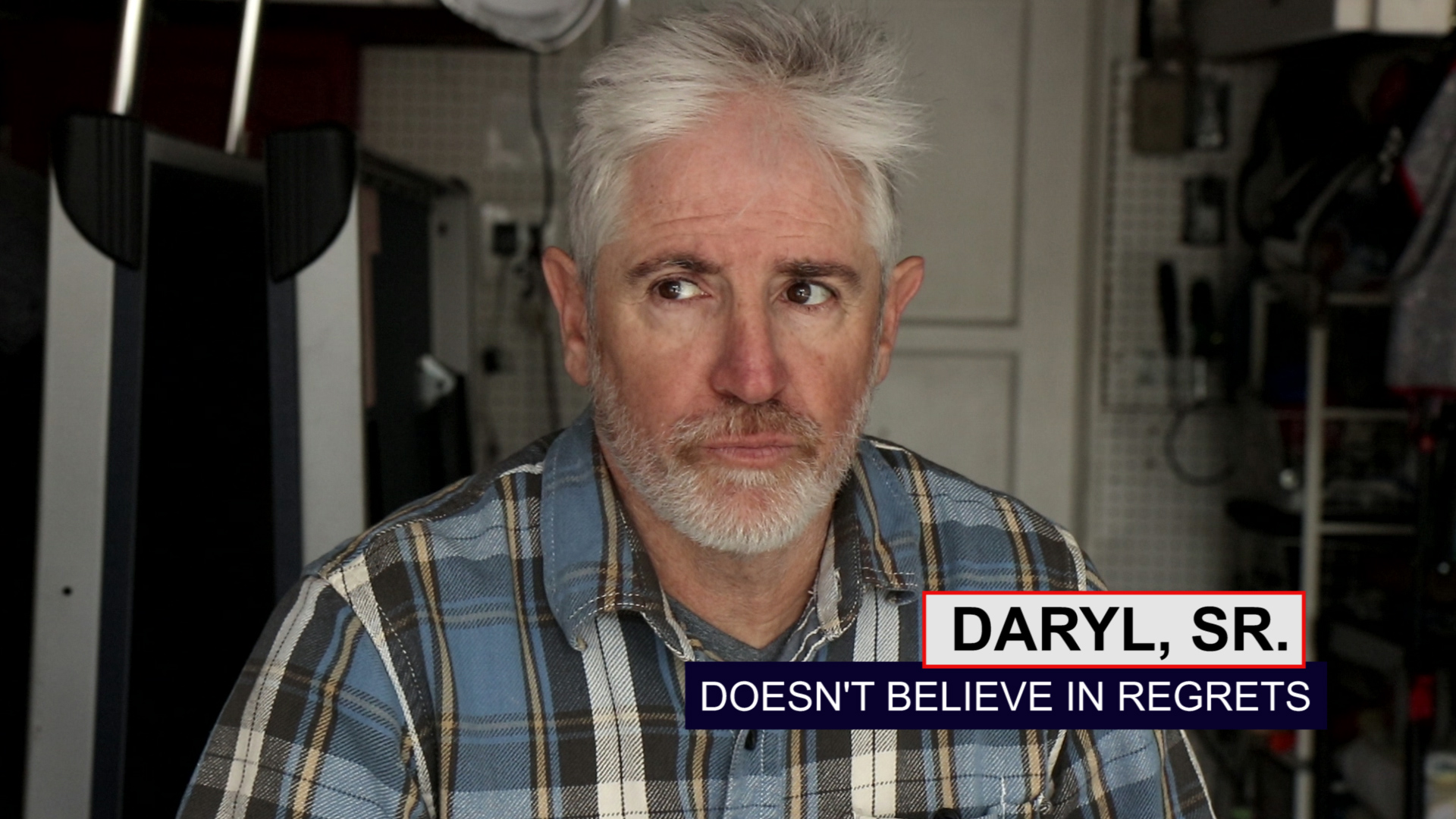 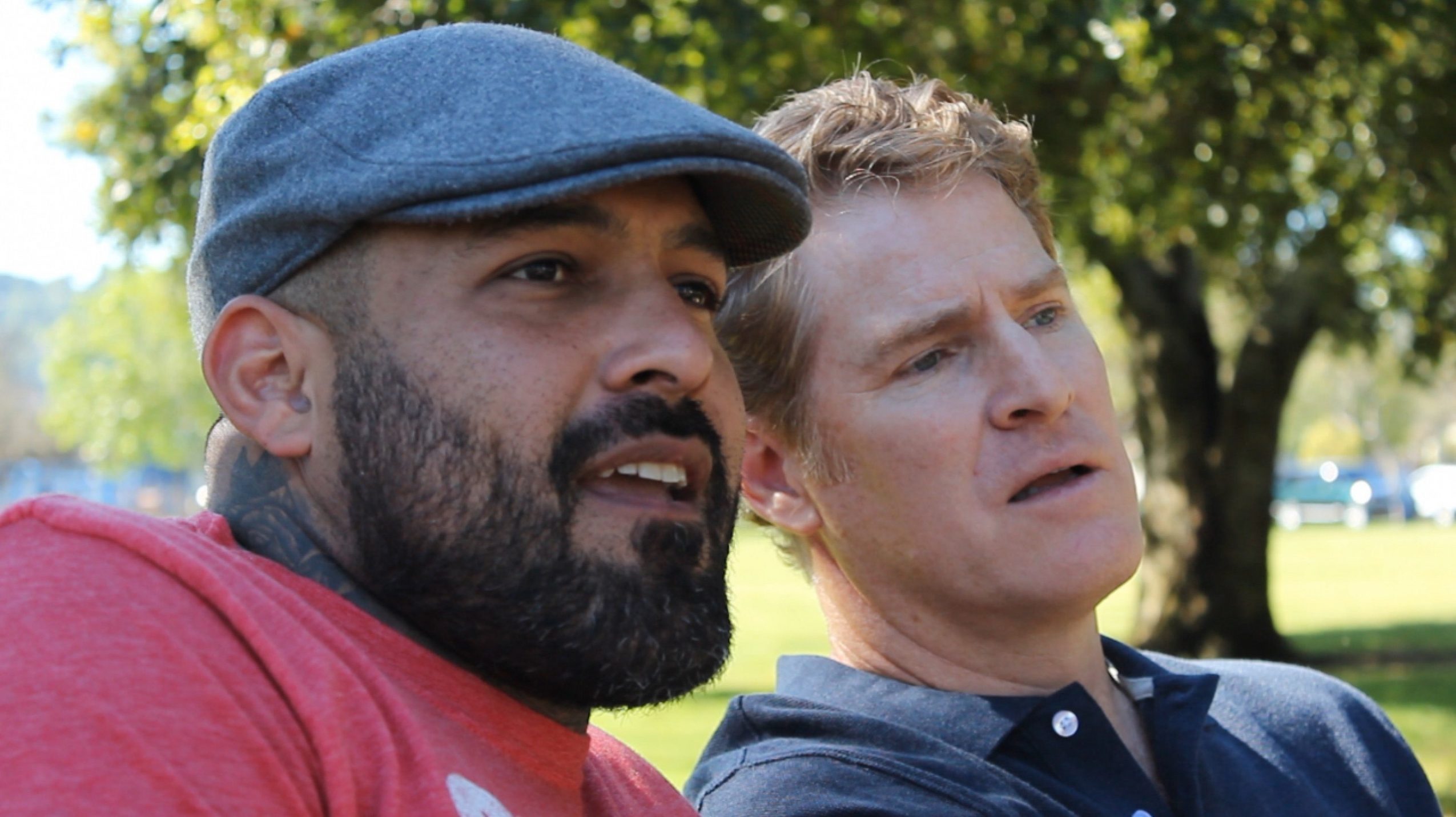 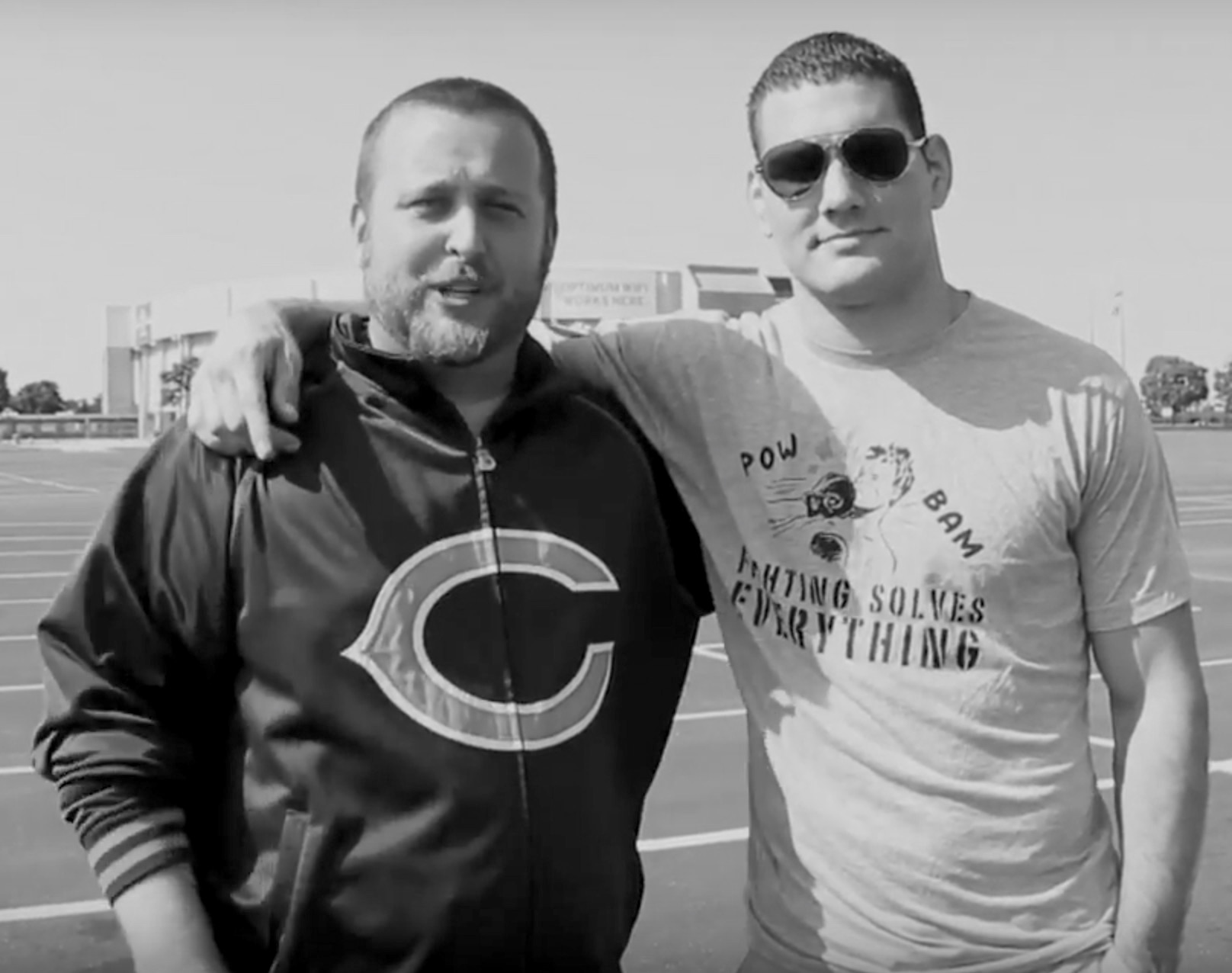 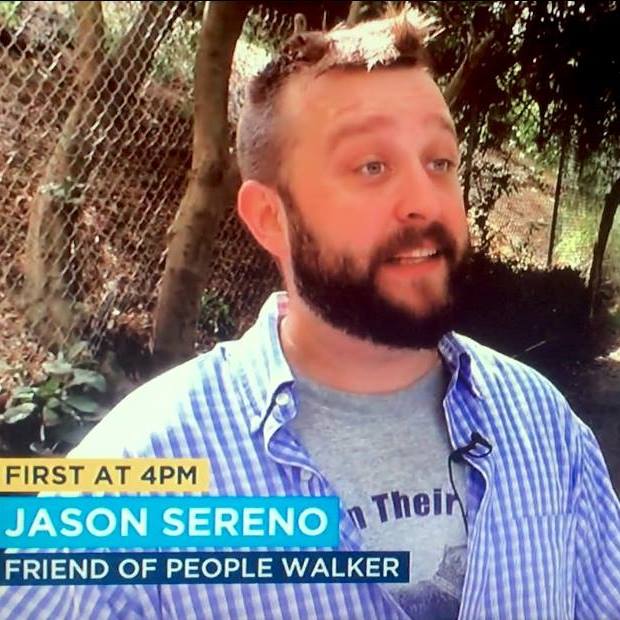 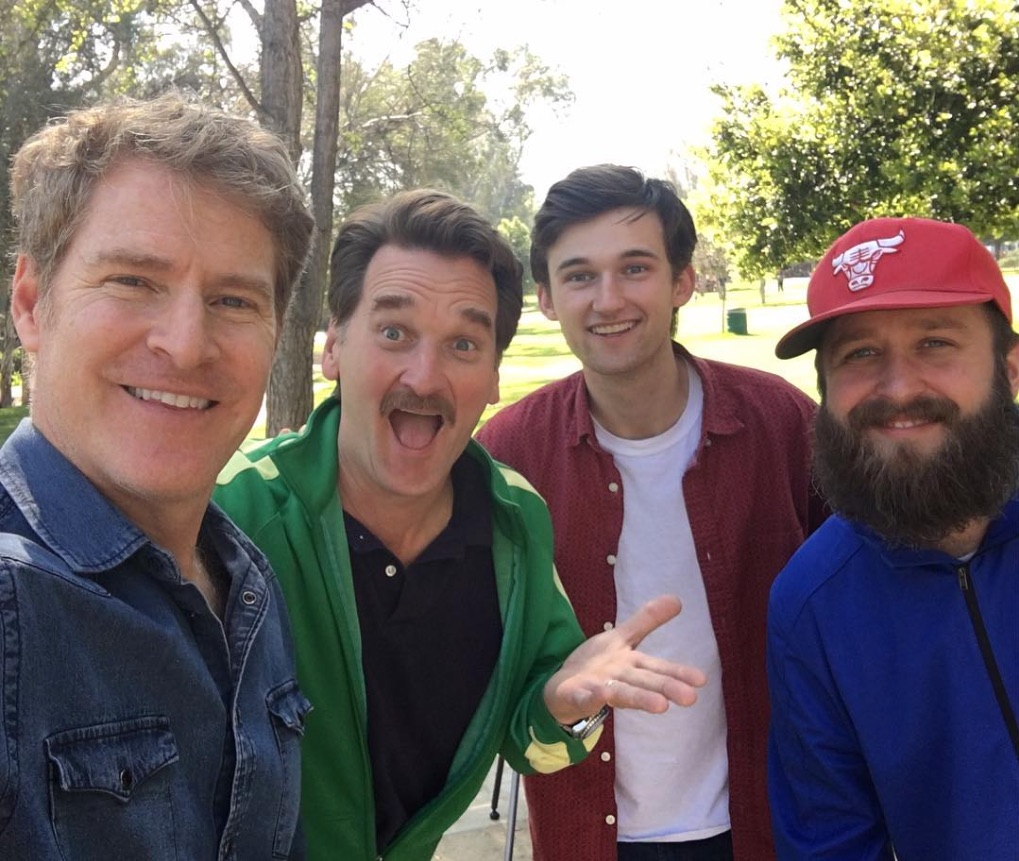