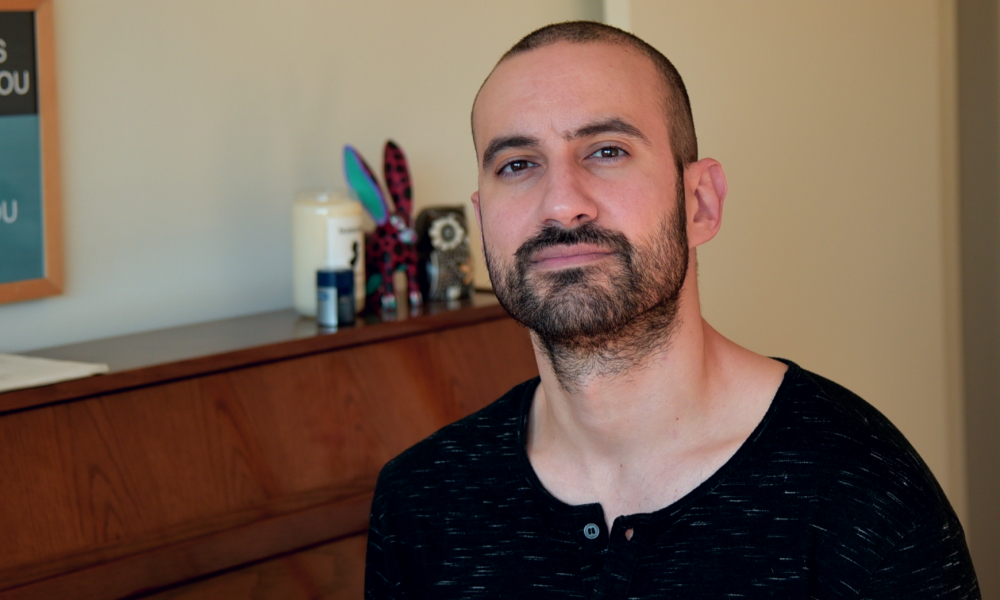 Today we’d like to introduce you to Jason Rivera.

So, before we jump into specific questions about the business, why don’t you give us some details about you and your story.
Music has always been a part of my life—some of my most prominent memories are connected to it. There were always instruments in my family’s home—a slightly out of tune piano, basses and guitars. As a toddler, I sang along with the J.S. Bach records that my aunt played while babysitting me. My father played upright bass in a professional salsa band, and my oldest brother studied bass at Berklee College of Music. This was a great environment to grow up in since as a child, I remember having musical ideas running through my mind at all times.

As a youngster, my first dive into recording was with a Fisher Price tape recorder. I would sing my melody and chord progression ideas into it. Fast forward to my teenage years when I studied drums and percussion privately and started playing in bands around New Jersey and New York. At age 18, I joined a band with my older brother as a percussionist and back up vocalist. That was a great time because not only was I performing live in New York City venues but also I was able to tour around the country playing colleges and music festivals.

After a couple of years, I wanted a break so that I could focus on painting (I was a working visual artist for many years) and teaching myself how to play guitar. I learned how to play some of my favorite songs and got my hands on a Tascam Portastudio. With that analogue tape recorder, I would take apart and reconstruct Beatles songs by recording myself playing each part and layering the tracks. I learned so much through that process.

And being able to play guitar gave me the ability to shape my song ideas and make my first attempts at songwriting. I studied fine art in college while I was writing songs and collaborating on music with friends. But at a certain point, I realized that I needed to focus 100% of my time on music. I met my (now) wife in art school, and we decided to move to Los Angeles together. Upon arriving in LA, I played guitar and piano in a handful of bands. And I really took it upon myself to hone my craft.

I spent a lot of time furthering my guitar and piano studies. And I also became very interested in learning composition. During this time, I wound up connecting with two great musicians, my friends Aria and Josh. I learned so much about songwriting from those two. I played in a band with Aria for around six years. We wrote and recorded some great music together, and I really developed a lot as a composer during that time. While living in LA, my love of film scoring also deepened—there is so much great music that has been written for film and TV.

So I decided to enroll in the film-scoring program at UCLA. Through that program, I learned orchestration, Baroque harmony, melody and counterpoint, Classical harmony, 20th, and 21st-century composition and conducting. And I took advantage of many opportunities to write for live chamber orchestras. I will never forget the first time that I was able to write a piece of music and have the sound in my head realized by a live orchestra. Lately, I spend the majority of my time composing works that are a mixture of orchestral and electronic instruments.

I also teach private music lessons and have created a series of video-based music classes. Currently, my courses are focused on the fundamentals of songwriting and composing. I work at music seven days per week. I’m always studying something whether it’s a piano piece or new compositional techniques. I spent the last few months of 2018 limiting myself to only writing music on my upright piano. I sat at the piano with blank sheet music paper and wrote and developed my ideas.

Over the last couple of weeks, I’ve gone back in to finish some new pieces to submit to my music admin company and spending those months only writing at the piano has had a positive impact on my compositions.

We’re always bombarded by how great it is to pursue your passion, etc. – but we’ve spoken with enough people to know that it’s not always easy. Overall, would you say things have been easy for you?
For me, music, like life, has had its ups and downs. But at the end of the day, music is what you make of it. You can be fulfilled playing simple folk songs your entire life, and that would be a beautiful thing. But I’m someone who always needs to be growing as a musician and composer.

It’s been my goal for a long time that I am so connected to my craft that I have 100% freedom to execute any musical idea that comes to me without being hindered by any technical limitation. Achieving that goal is a lifelong process and requires a commitment to practice and study. And that, by its very nature, involves peaks and valleys.

We’d love to hear more about what you do.
I’m a music composer that specializes in instrumental orchestral and electronic music and my favorite part of that process is to write for live orchestras. I also teach songwriting, composition, guitar and piano lessons, both via pre-recorded online classes and private lessons.

I’m most proud of the music that I’ve written up to this point, especially my output from the last five years or so. I feel like every day I move closer to actualizing the sounds in my head. I think my background and upbringing, living in LA, and my relationships with my family and friends all feed into my musical process.

What were you like growing up?
Growing up I was always a curious child. Overall I was kind of quiet, and I would prefer to spend my time reading, drawing, painting, playing video games and tinkering on our family piano. 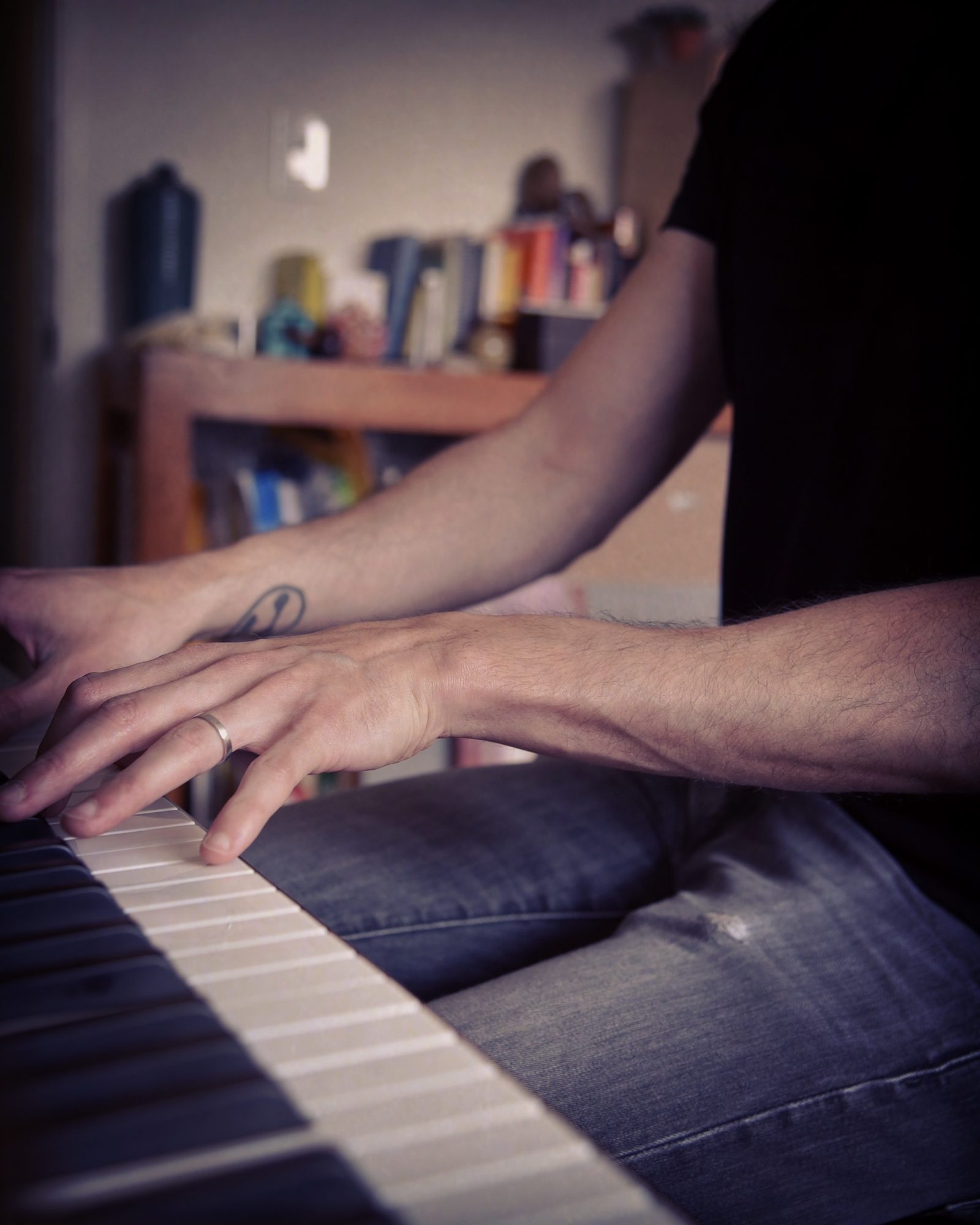 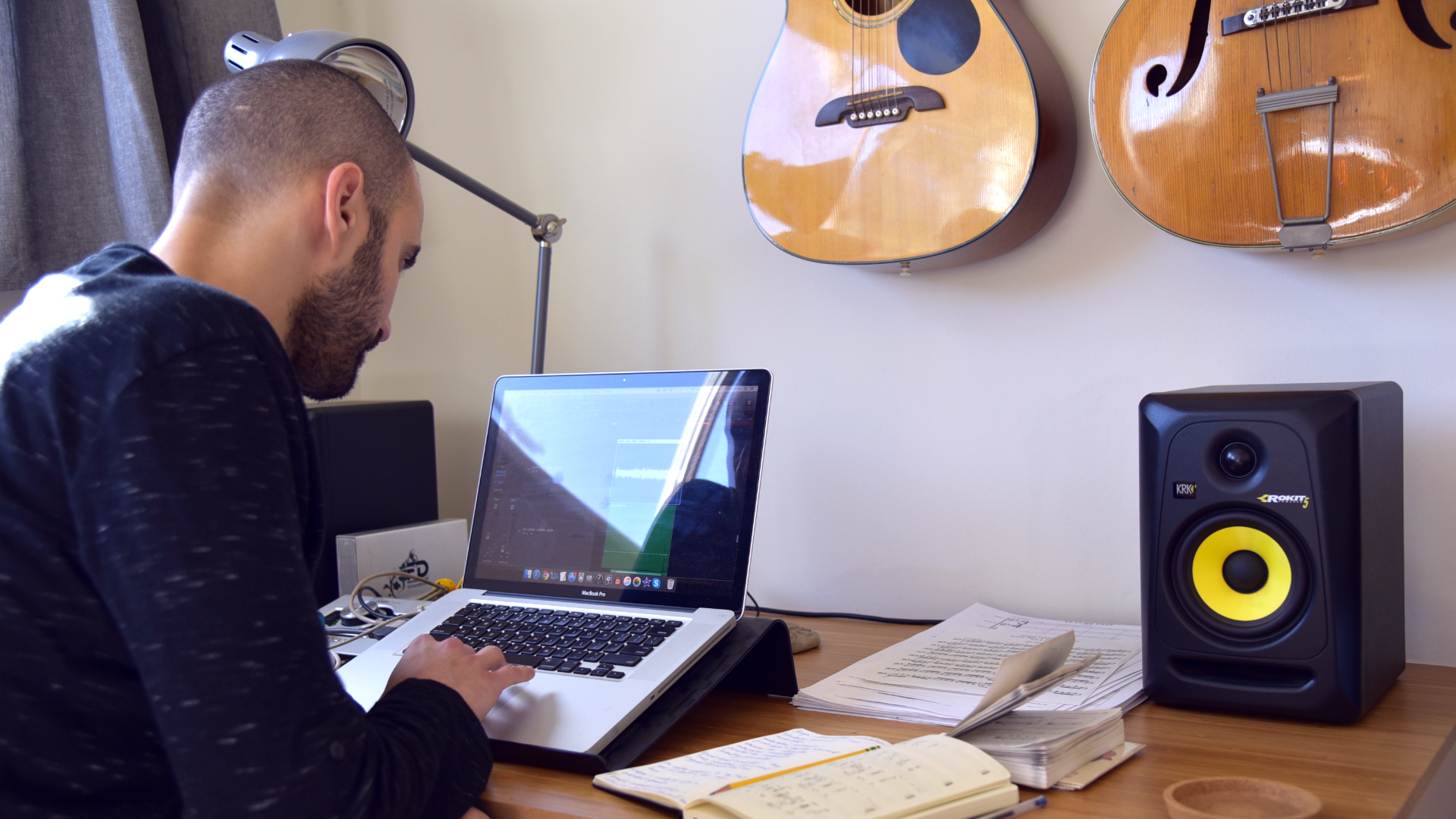 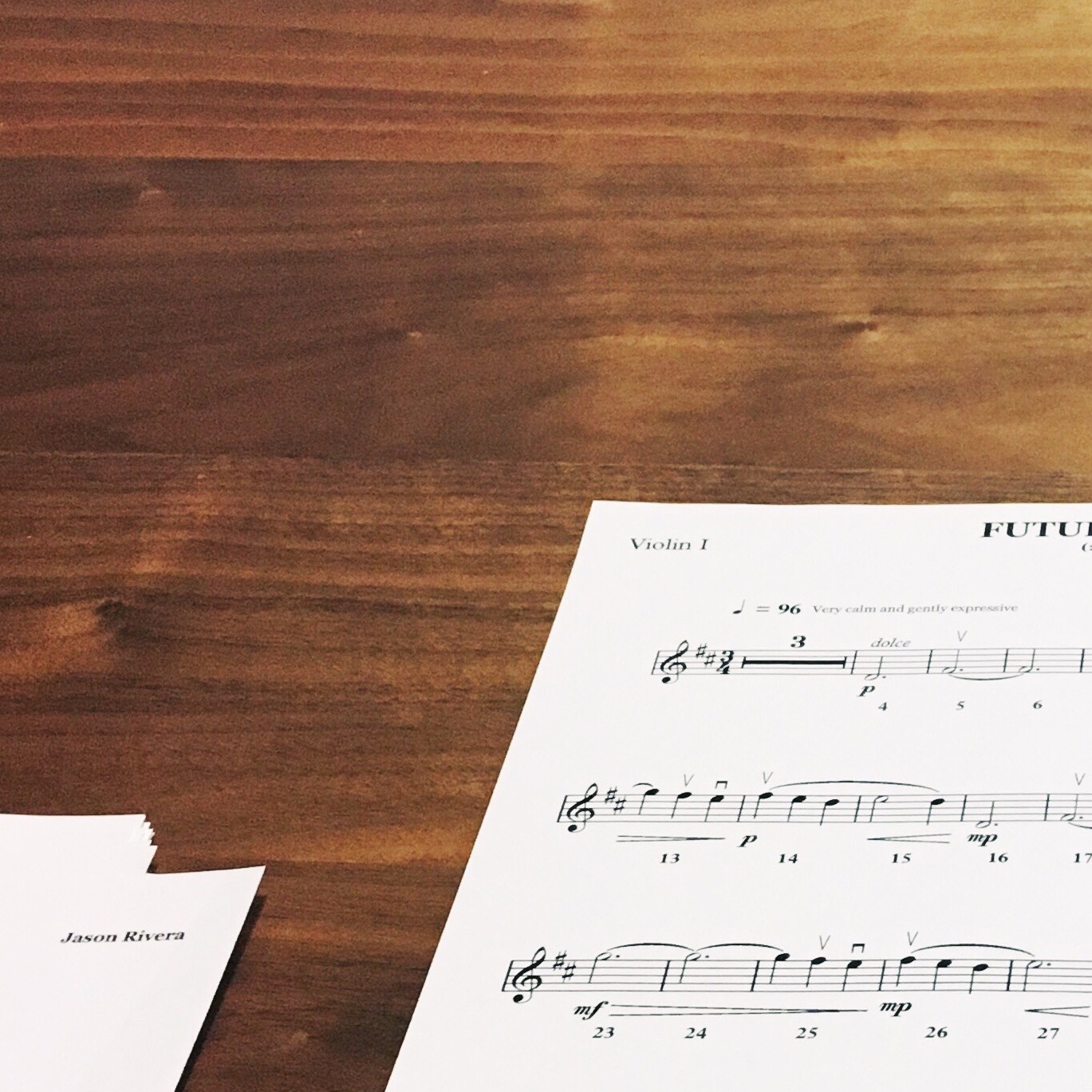 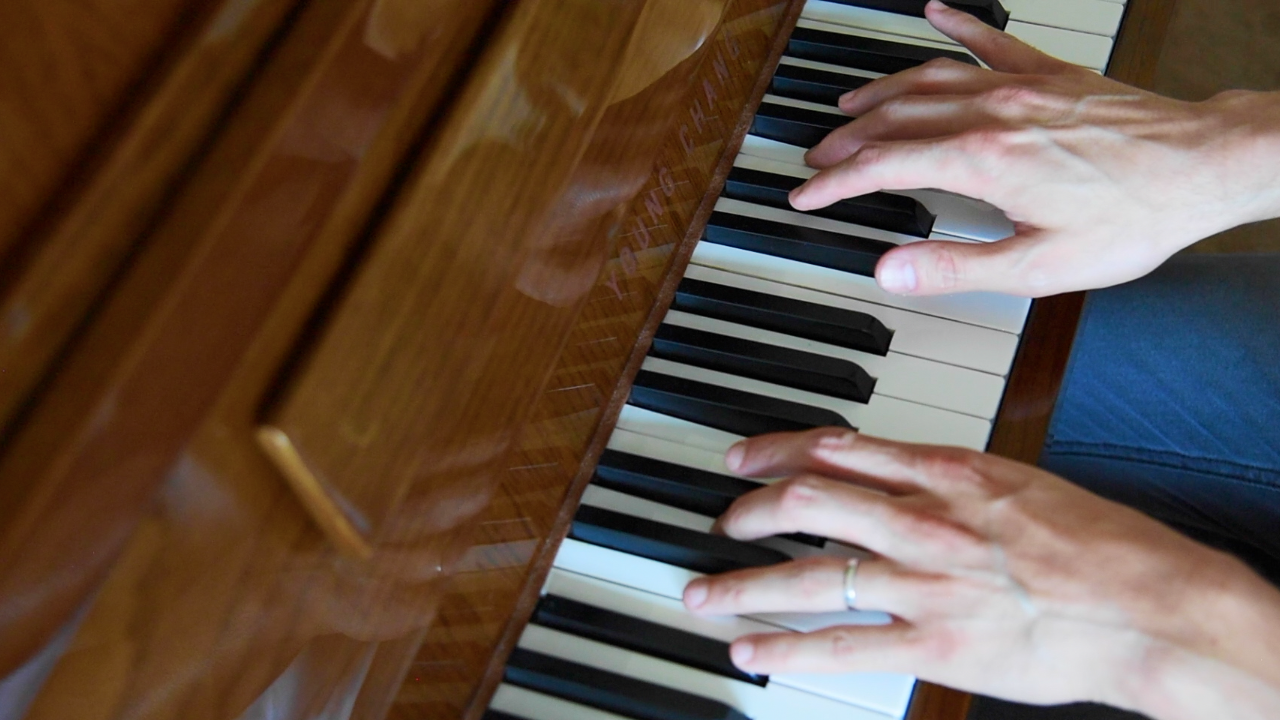 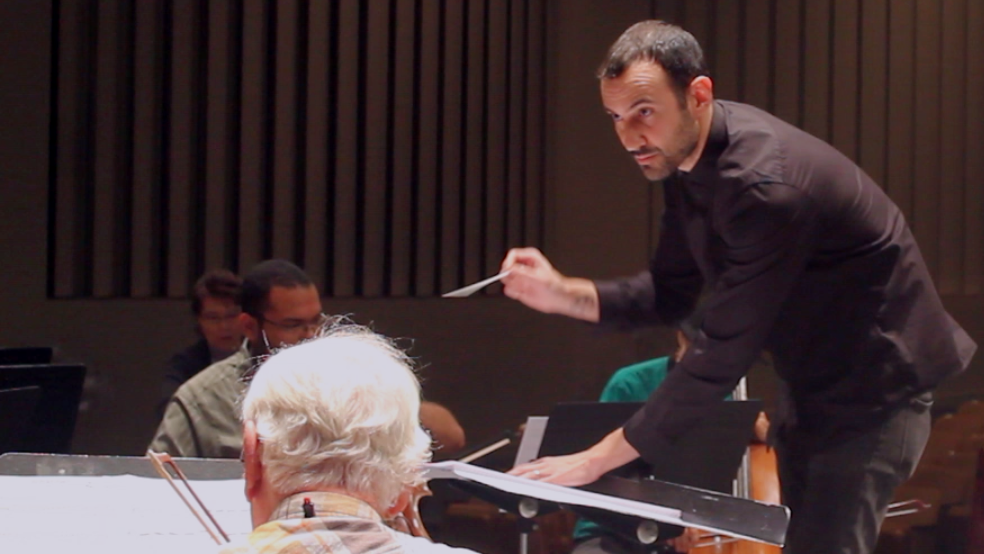