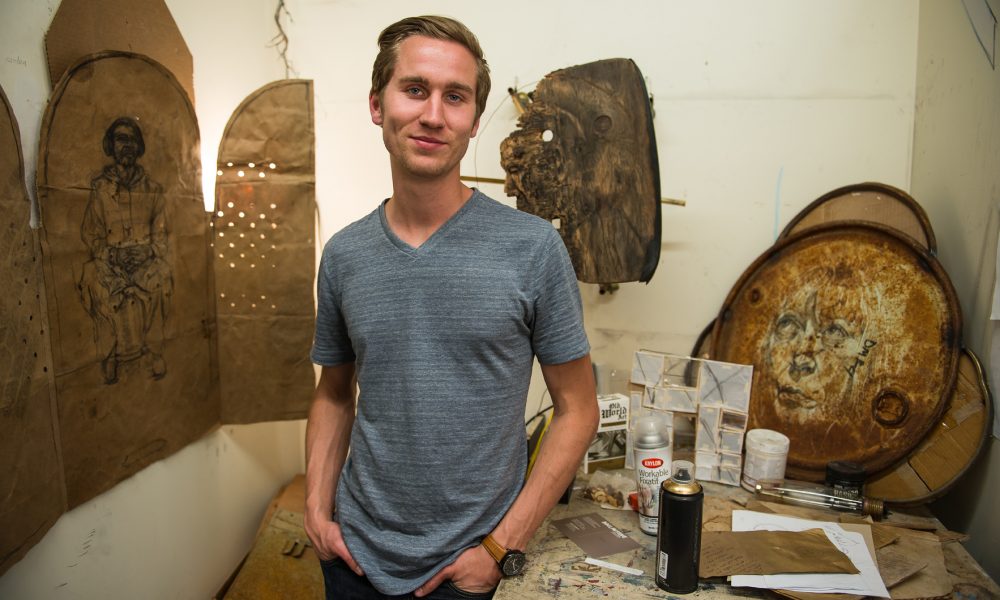 Today we’d like to introduce you to Jason Leith.

Jason, please share your story with us. How did you get to where you are today?
I wrote for myself a personal mission statement at twenty years old: To create relationships and care for the unloved through art and humble service. Ever since I was a young boy, I saw myself as a peacemaker. In my early years, I found passion in connecting with the homeless in downtown and going on mission to places of need.

The summer prior to entering college, I found myself on a month-long serve trip in India. I was practically begging God to tell me whether I was to be an artist or a social worker. I was surprised and elated at an answer I heard in my heart: “You can do both.” Since that day, I’ve built my vocation around being an artist on a mission to love people. My initiatives to do this are built around the name Sacred Streets.

Sacred streets started in 2011 with stepping out to approach a man who was living in an abandoned lot a few minutes from my college. I had dreamed of connecting with someone by making their portrait. Making Steve’s portrait in that abandoned lot was the beginning of years of friendship that showed me that this way of working brought some good to Steve’s life. He said the portrait and our relationship made him “feel human again.” I had evidence that my passions would actually make a difference in people’s lives and I started making portraits regularly. Sacred Streets has taken many forms since then: from making portraits on reclaimed trash from the streets to garage sale items to camping tents. Every initiative has been personally funded and all sales of portraits have gone back into making more.

Great, so let’s dig a little deeper into the story – has it been an easy path overall and if not, what were the challenges you’ve had to overcome?
One of the major challenges to doing the work of Sacred Streets is that it can only happen in the margins of my life around working a full-time job. So, when I can gain the energy on the weekends or nights, I can continue making the artwork and meeting the people. I am aspiring to rearrange my life to give Sacred Streets the space and time it seems to be asking for.

However, even when I do have the time, making art and meeting people takes a lot of getting over myself. I have to battle thoughts of perfectionism and over-strategizing to allow myself to create in freedom. Even after nearly a decade of doing it, it’s intimidating for me to go out into the streets and meet people with my drawing materials in hand. It usually requires a moment of centering myself and reminding myself this is part of what I was created to do.

Being in the in-between of the art world and social work world is another challenge. What I create is not totally acceptable for an art gallery and frequently hard to sell in the art world. And then in the world of social work, it can lack measurable results and be seen as superfluous. I float in this in-between space and continue to push into the dialogue with both spheres.

Sacred Streets – what should we know? What do you do best? What sets you apart from the competition?
In places like Skid Row in Los Angeles, there is no art, and you have to squint pretty hard to see the beauty. I am a balancer, so when I walk through places like Skid Row or homeless shelters, I think about what is needed, and most of the time there is more than enough food and clothes to go around. What these communities do need, however, is to feel human again.

One of the big words in my life is “restore,” as I consistently see myself driven to restore the things around me. It could be as small as a broken table leg or as significant as a broken person—this propensity flows into my artistic practice. I see so much potential in the future of people I met on the streets and get to share that potential I see during our conversation, as wells as in the artwork. Sacred Streets is so exciting because it embodies both the restoration of things and people.

If I were ever to try my hand at a recipe for bringing justice to the world, restoring a sense of “feeling human” would be my base ingredient. Artists have the power to replace this missing piece because the center of our practice is bringing beauty, renewed meaning, and dignity to the public.

Currently, I am making portraits of houseless individuals on tents. When we see tents on the city street, we are not overcome with positive feelings. We want to see a nice clean sidewalk instead of a tent. By putting an individual’s identity on the outside of the tent, I hope that the perception is changed from a problem that needs to go away to see a human person with a story.

What moment in your career do you look back most fondly on?
I am really grateful to have seen so many individuals decide to change their life path after seeing their portrait. I’ve seen that about 60% of the people I make portraits of decide have a major turnaround within a month—finding work, a place to live, or checking into a rehabilitation program. This kind of turnaround was something that I secretly dreamed of but didn’t ever express because I thought it was out of the realm of reality. Robert had been living on the streets for 20 years, addicted and thinking his life was going to end shortly. One week after sketching his portrait, he called me to share some news: he had decided to check himself into a rehab center and start to turn his life around. “What caused you to make such a change Robert?” I asked. “I told you!” He said, “It was all because of your portrait. I truly saw myself for the first time.” 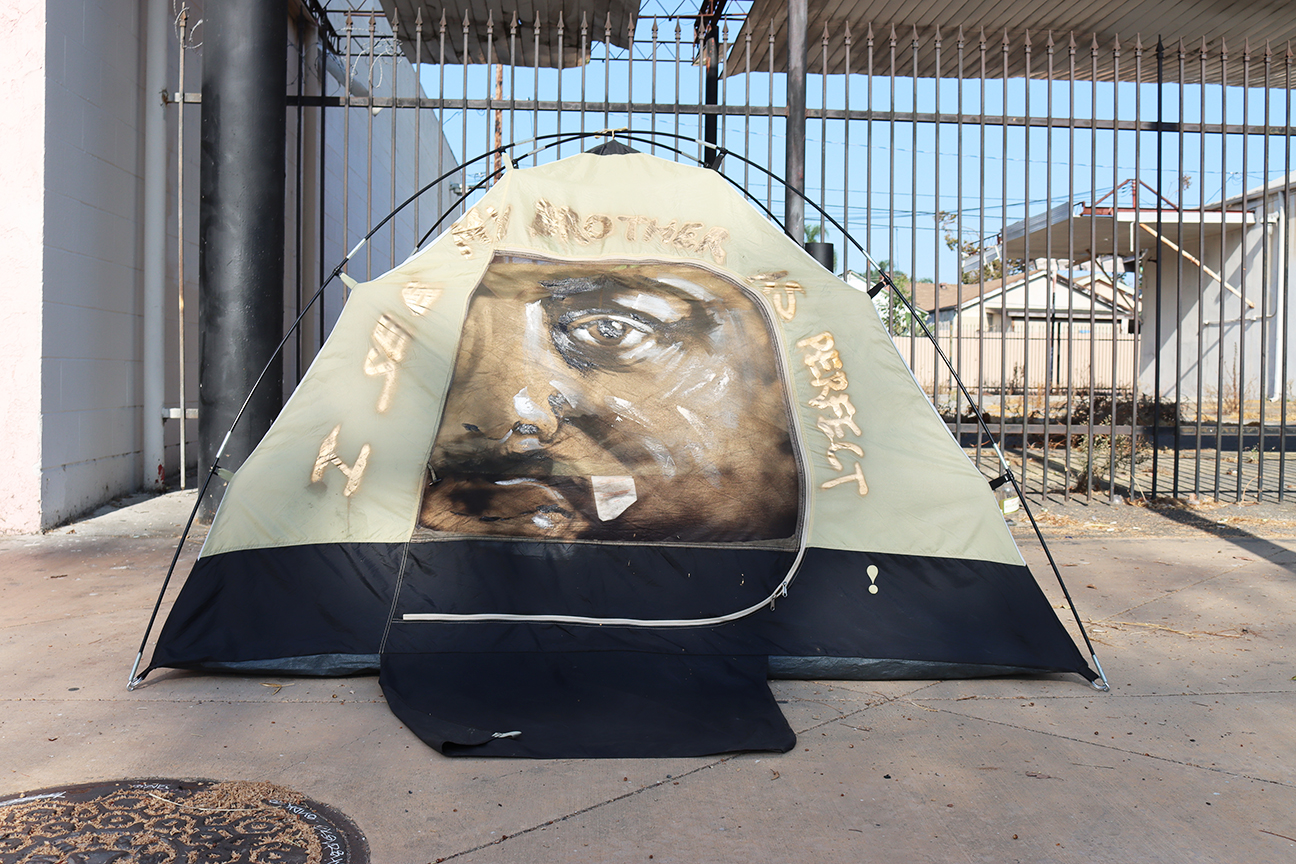 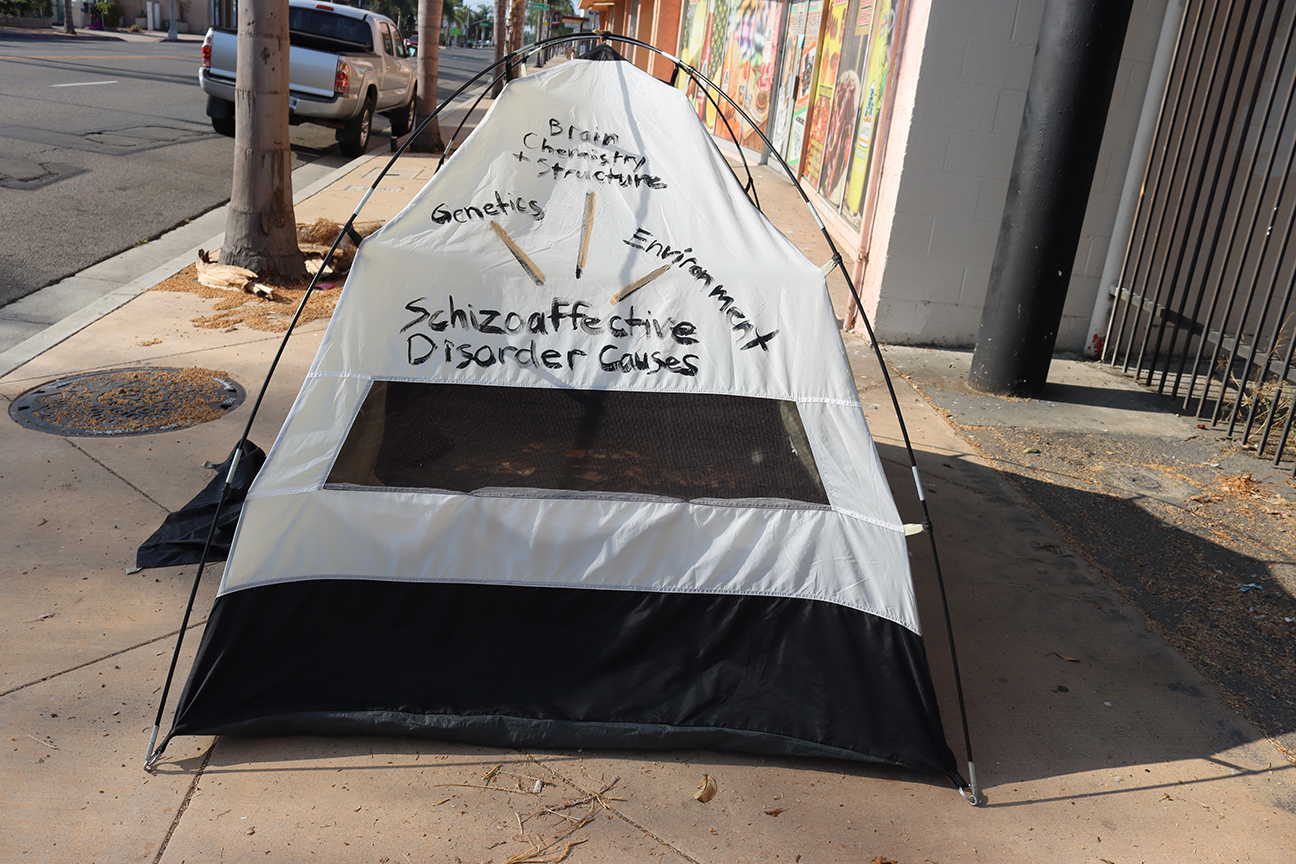 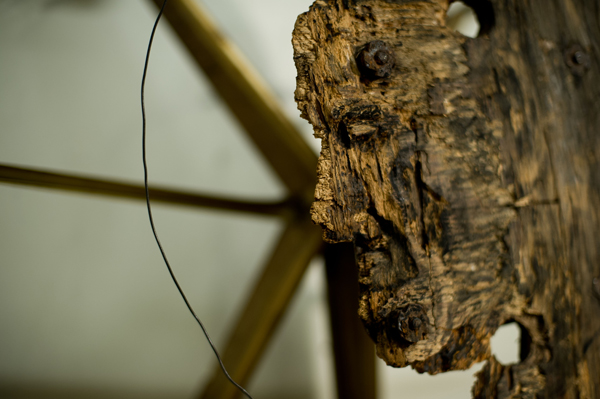 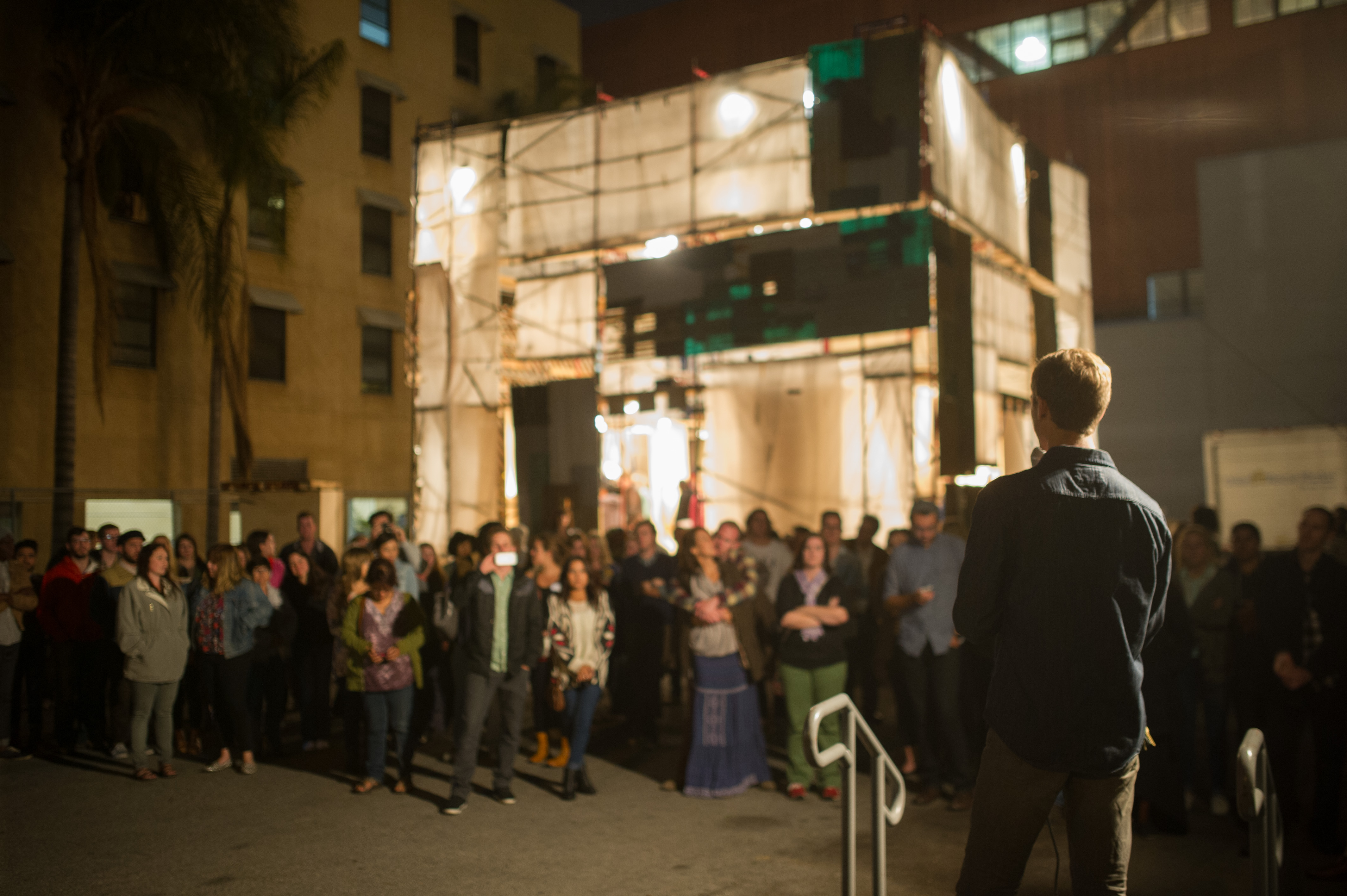 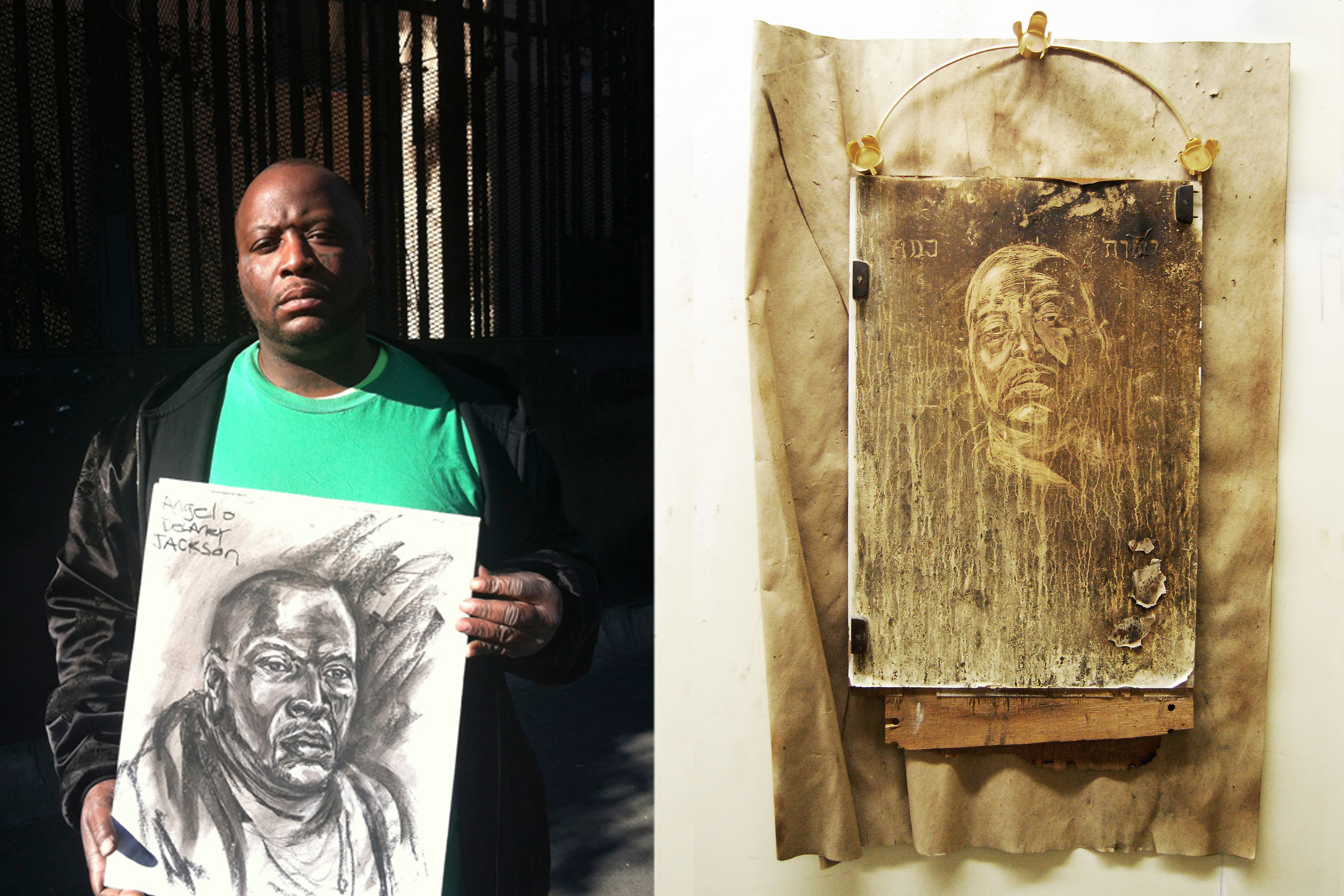 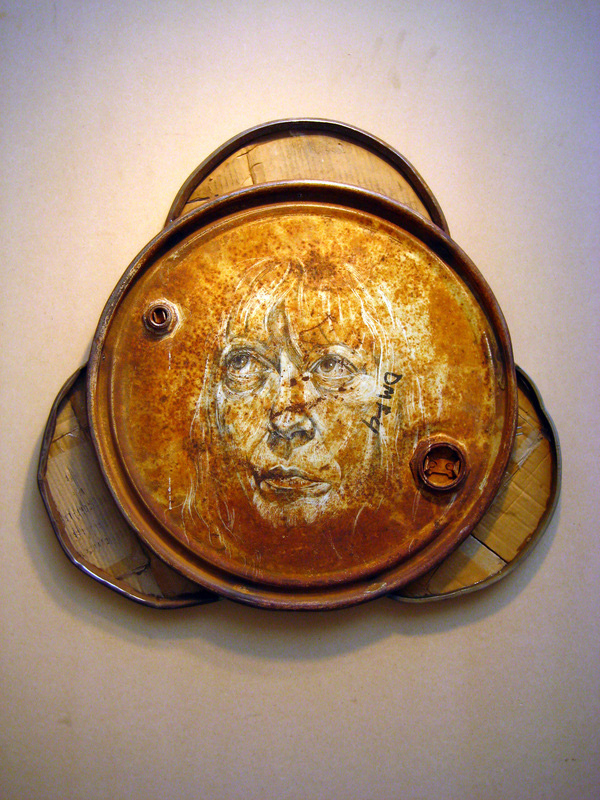 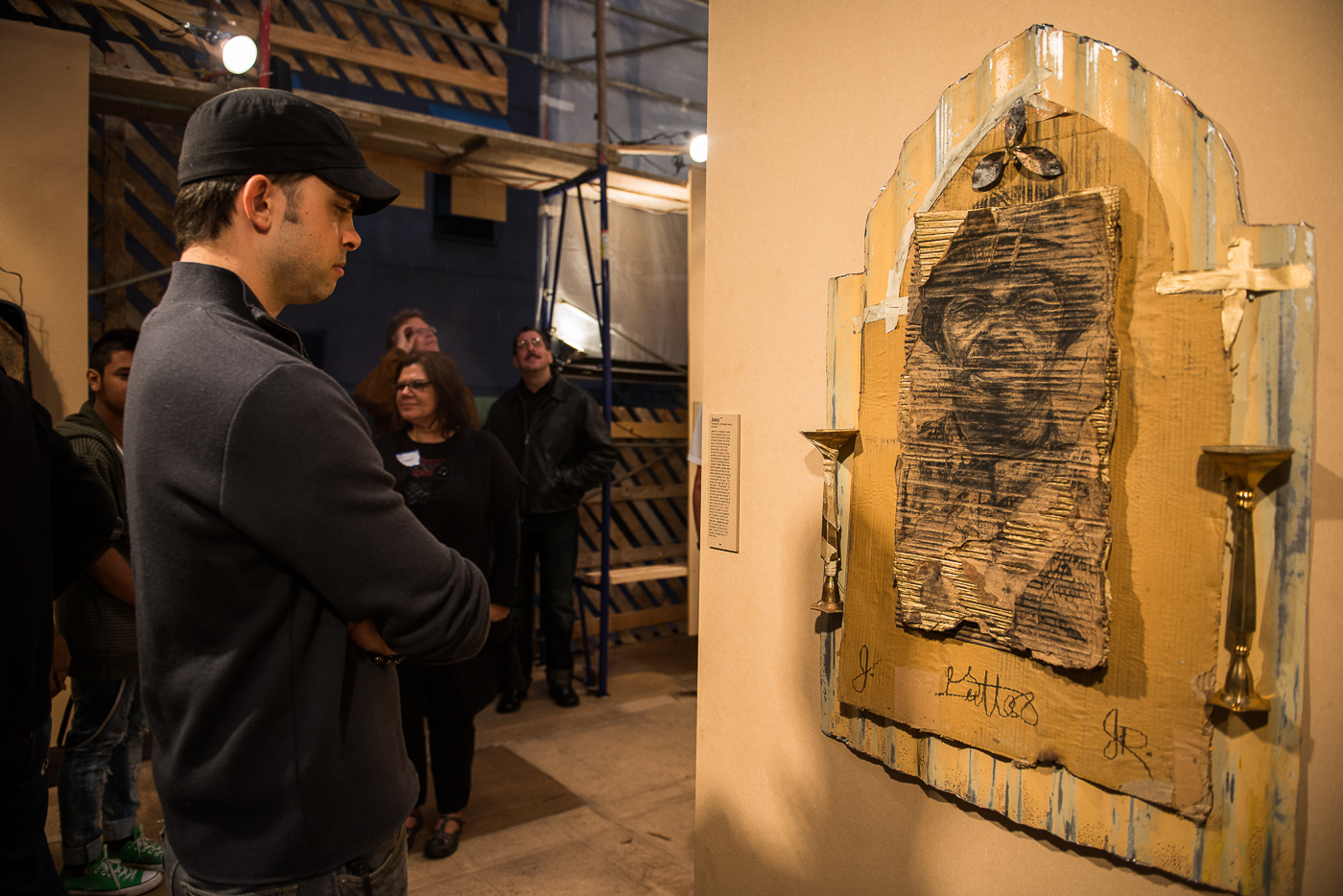 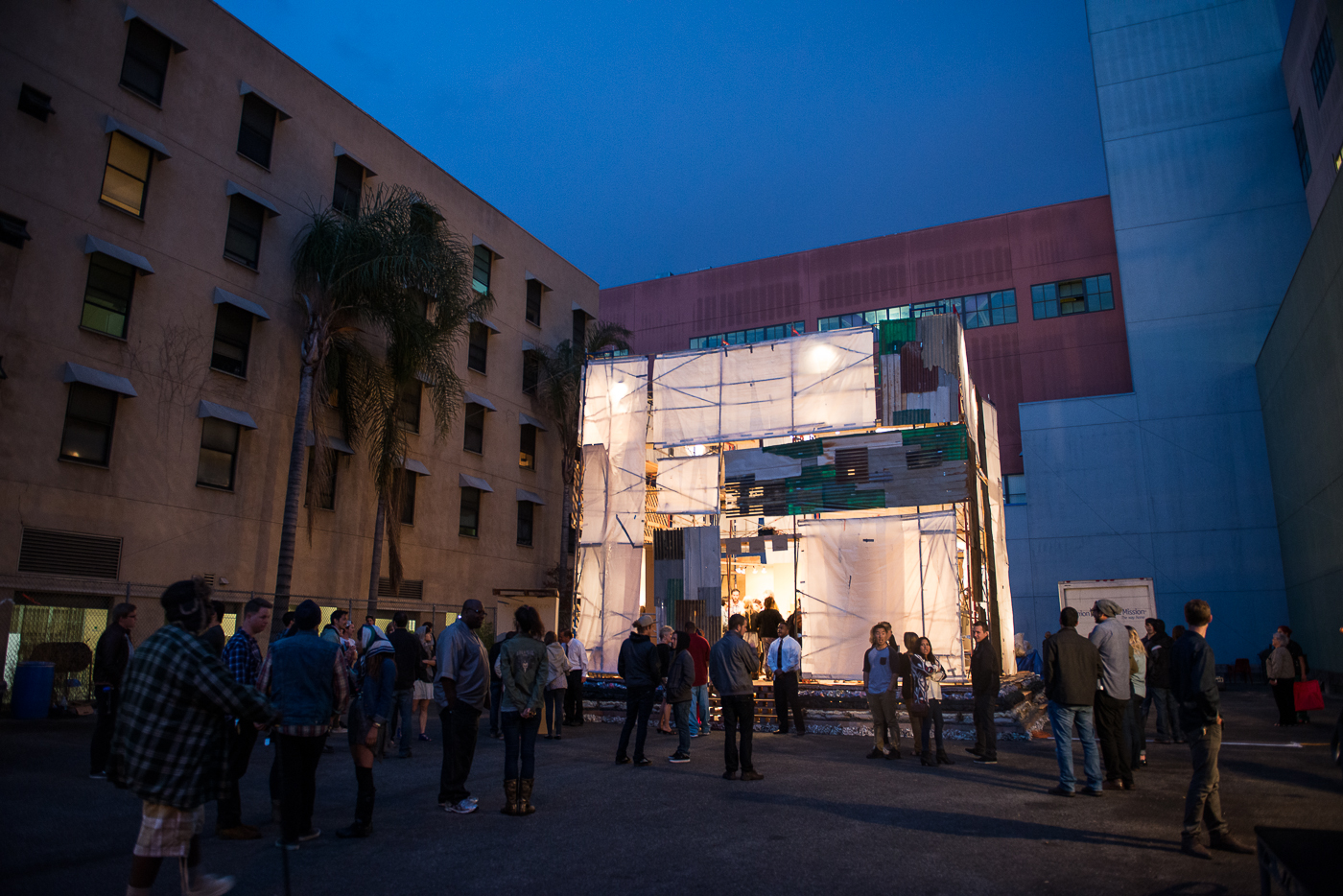