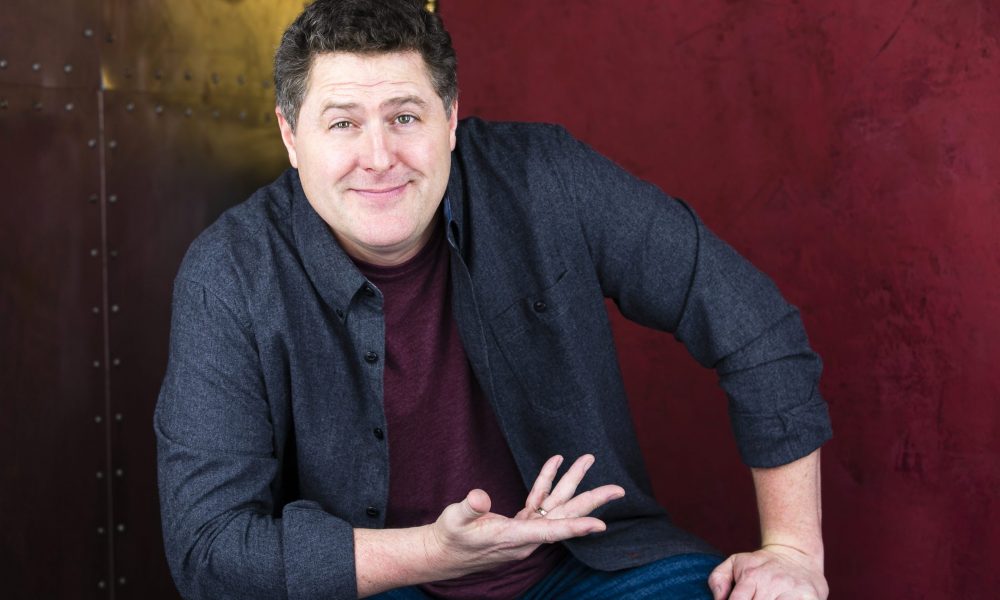 Today we’d like to introduce you to Jason LaShea.

Jason, let’s start with your story. We’d love to hear how you got started and how the journey has been so far.
I feel like, even as a little kid, I was destined to be a storyteller and to bring crazy characters to life.

Growing up in a small town in Wisconsin, it would take me several hours to walk the 5 blocks home from elementary school every day…ducking into people’s yards…fighting imaginary bad guys in enchanted forests cooked up in my head. One minute I was a web-slinging superhero, the next, an injured soldier, and the next, a mystical warrior shredding orcs with a makeshift tree-branch sword. All while my dinner was getting cold and my Mom was getting her missing person’s call ready.

Cut to high school, where I was forced to take a theater class, and a whole new, amazing world opened up. The acting bug bit me, and burst me out of my shy little shell…turning me into the class clown…doing silly voices and impersonating the teachers to make my classmates laugh.

That bug bit hard. And the next thing I knew, I was in New York City, where I attended the American Academy of Dramatic Arts and was a member of their Repertory Company after graduation. NYC was awesome, but it never really felt like home, and the hustle and bustle and stress of The City was a bit too much for me to maintain.

So I spent the next several years bouncing around the Midwest. Acting and Directing in regional theaters. A year in Chicago studying under Charna Halpern and Amy Poehler at the Improv Olympic. Going back to college and getting my Theatre Degree from St. Cloud State University in Minnesota. And finally, (or so I thought), moving to Minneapolis to write and direct my own short films.

I never seriously considered moving (way) West, until my filmmaking partner and I got accepted into the short-lived FOX Reality Show “On The Lot”, where we would compete against other Writer/Directors to make killer short films every week. The show didn’t last…and neither did the partnership…but something about Los Angeles just “felt right” to me.

After that…the Winters in Minnesota seemed to get a little colder every year. My production company dissolved. And the fun, silly characters I had been creating the voices for in my short films seemed to be drying on the vine. The answer seemed obvious. The Left Coast beckoned.

So, my wife and I put the house on the market, had a few yard sales, packed up a huge truck and made the leap.

Of course, I had no idea what part of the Entertainment Industry I would end up pursuing though…writing, directing, acting, PA’ing? I figured I’d just have to try everything and see what stuck. So when I ended up getting cast as a voice-match for Owen Wilson playing an animated turkey, I was like “OK…yup…that sounds about right”, and I decided to point all my guns at the Voice Over path. Now, six years into my VO journey, I feel like I’m finally where I’m meant to be…and L.A. is my home.

Has it been a smooth road? If not, what were some of the struggles along the way?
Wait… There’s a ROAD? I didn’t even know there was a friggin’ ROAD!! Haha!! Actually, for me, it’s been more of a maze than a road. With all the coaches, classes, workshops, agents, managers, developers, directors, producers, etc… sometimes it can get overwhelming, and finding your bearings to make it through can be difficult.

I guess Voice Acting isn’t unique in that it’s really a business about people and relationships. It’s not just WHO you know that matters…but HOW you know them. So getting to be “The Devil You Know” vs. “The Angel You Don’t” for the right people is one of the tricky parts. My ultimate goal is to become the “go-to guy” for casting folks, directors and others who need unique characters and the other fun stuff I can bring to the party.

Also, Technology has really changed the game. While it has definitely made things more efficient and easier communication-wise…it’s also raised expectations for actors. It’s almost common now for clients to just expect you to have your own studio and be able to do all your own engineering, recording and editing at home. So, instead of being just an actor, it’s become necessary to learn how to be a sound engineer as well, and to have your own recording booth and editing system. With the astronomically expensive rents in Los Angeles, and the little space to work with, meeting these expectations can be a huge challenge. But hey…it forces me to be creative and resourceful!! That’s a good thing, right?

Tell us about your business/company. What do you do, what do you specialize in, what are you known for, etc. What are you most proud of as a company? What sets you apart from others?
One of the most fascinating things about the Voice Acting Biz in Los Angeles is the many different genres to explore and be a part of. From Commercials to Promos…to Animation to Audio Books and Narration…to Video Games and E-Learning…to Interactive Voice Response (ya know, the guy who tells you your last 3 charges when you call the credit card company?)…it’s all done here in L.A.!!

I guess what sets me apart is probably my versatility. I’m kinda what’s known as a “Utility Guy”. So my forte is doing a wide variety of character stuff. From voice-matches and celebrity impressions to wacky voices and accents…and even monsters (like orcs or zombies) and animals, (like dogs and chickens)….I’m pretty much the guy that gets in the booth and does wild and crazy stuff with his voice. So, while I still do commercials, promos and other genres of VO, I’m mostly known for my work in Animation and Video Games.

Thanks to my awesome Agents and the whole team at Abrams Artists Agency, I’ve been able to work on some amazing projects with some great Directors and Studios here in L.A. Most recently I was able to work with Jon Watts doing some voice-matching in Marvel’s “Spider-Man: Far From Home”.

On the Animation side, I’m the voice of the main villain, Bluster, in the new TV series “Care Bears: Unlock The Magic” on the Boomerang Channel and Cartoon Network, as well as appearing in the Episode “Friends to the End” as Yun Mibu in season 3 of Disney’s “The Lion Guard”.

As far as Video Games, I think I’m best known for playing Lord Haurchefant in the “Final Fantasy” franchise. Some recent highlights are voicing several characters in the “Dragonfrost”, “Men in Black”, and “Star Trek” VR games currently playing at Dave and Buster’s locations across the US. I can also be heard as Gollum, Gimli, Bilbo and a slew of Orcs, Goblins and other characters in “The Lord of the Rings: Adventure Card Game” available on PS4, Xbox One and Steam. Additionally, I’m the voice of the new character Caine in the popular “Vainglory” mobile game. Hopefully, there will be more stuff to announce in the coming months, so I’ll be sure to give a shout out to those projects on my Website as well as my Facebook and Twitter pages when they drop!! Stay tuned…

What has been the proudest moment of your career so far?
You know… When I think about it, I’d have to say I’m most proud of summoning the gumption and courage to actually make the L.A. leap in the first place. I mean, we spent most of our lives in the Midwest. It would have been really easy to stay in the comfy confines of the familiar and just call it a life. After all, I was still a working actor in Minneapolis, with wonderful colleagues and Agents, and my wife had a solid, tenured career as a Music Teacher.

By the way…my wife is an amazing woman! Her sacrifice and belief in me to follow this crazy California Dream astounds me and chokes me up every time I think about it!! So yeah…leaving that all behind…the house, the career, the security, the friends and family, the history…to downsize to an apartment and start from scratch in a brand new city was a scary prospect. But it absolutely has to be the proudest moment of my career, because I wouldn’t have this “career” if we hadn’t done it. And it’s not just the VO world either. Being here has driven me to explore other talents as well. I just finished writing a new script for an Animated Series, and it’s being read by folks who could actually bring it to life. Wow! That kind of thing could only happen in a town like L.A.

I see Los Angeles as a place where opportunities to learn and grow exist around every corner, and the sky is the limit. Oh…and speaking of the sky…did I mention the friggin’ weather? I mean C’mon!! 😉 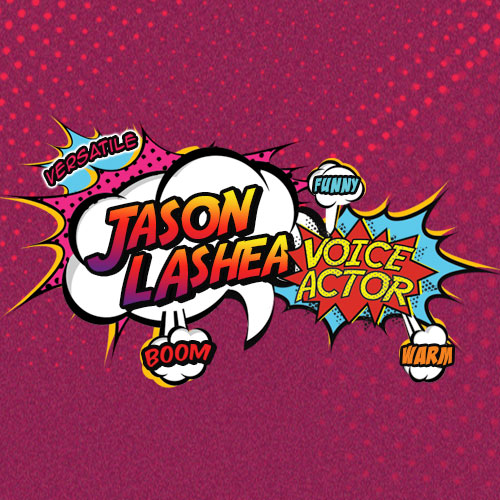 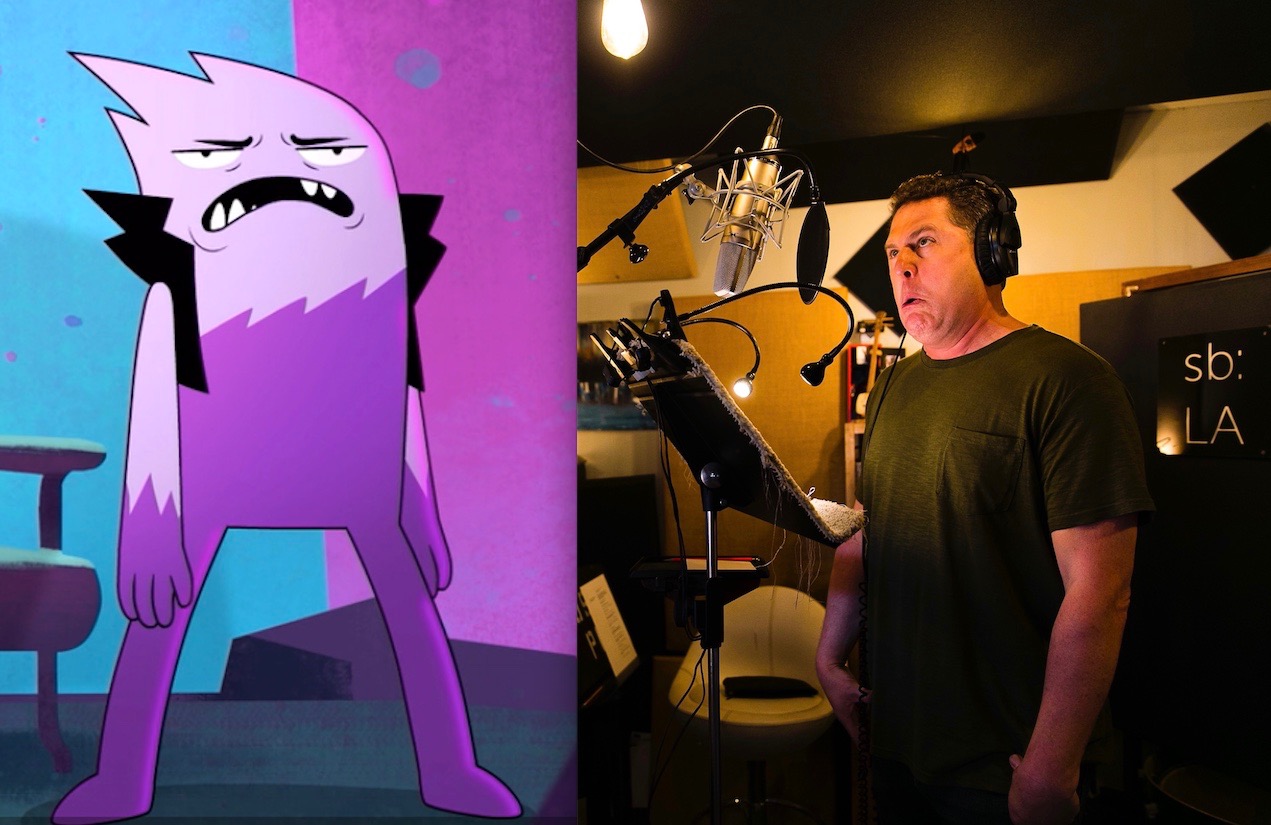 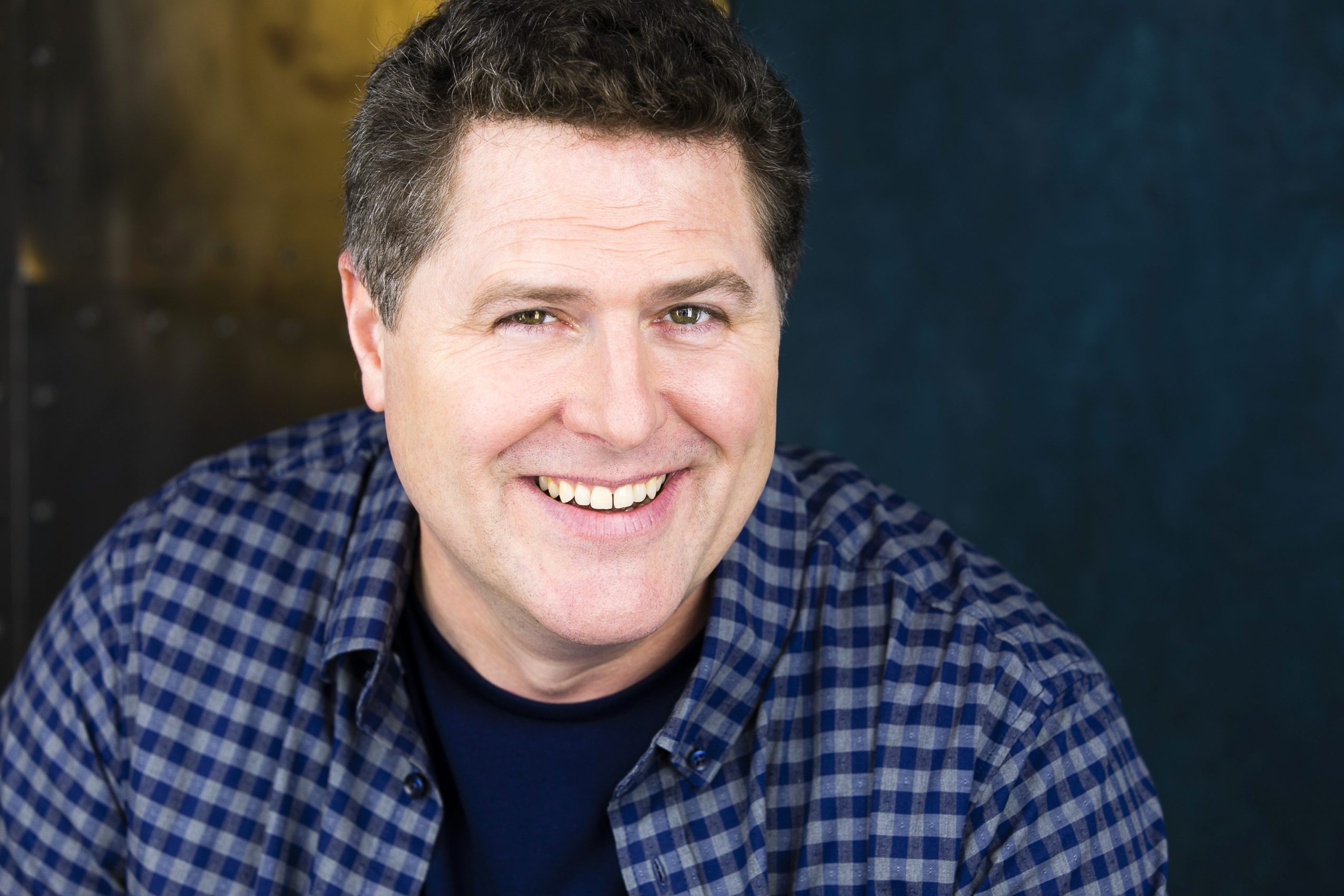