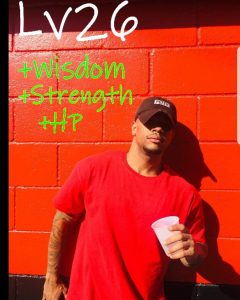 Today we’d like to introduce you to Jason Berger.

Thanks for sharing your story with us Jason. So, let’s start at the beginning and we can move on from there.
I’m originally from a small town in Virginia known as Altavista. Let’s see here, I’ll begin my story senior year of high school. At this point in my life, I was already working basically full time at my first job I had two years in at KFC. I had a great manager and some really good co-workers that really showed me as they say these days “teamwork makes the dream work”.

I knew after I graduated, I didn’t want to do the norm and go to a community college and stay around such a small town with not many huge opportunities around so I looked into the military. I knew in advance that they paid for college and you also got a chance to travel so I sign up for the Army. Once I graduated in June 2011, I was off to boot camp by August. It was a new experience and it wasn’t as scary as I thought it would be. I’m guessing the main reason was because others were also going through the same new process as me. It felt good to all start at one point and grow together which made me miss basic training after it was over. I made some “ride or die” friends for life and if I could I would do it all over again. Afterward, we all went our separate ways to our job training stations by still stay in touch from time to time. The job I chose was a 92G which is known as a Culinary Arts Cook. When I tell you this job taught me so much mentally and physically I can honestly say I am grateful for all the experiences it gave me. My job training was located in ironically Virginia, Ft Lee. to be exact.

Once I finished my job training I was station in Ft. Riley Kansas. My first duty station and they put me in Kansas aka the middle of nowhere. The only reason I survived such an experience there was because of my battles (other military soldiers). My 92G squad held it down it the back once we were on shift. We all knew hard work, had laughs for days and even had it out a few times but we still worked together to get it down so we all could get some downtime. As my three-year contract was coming to a close didn’t know exactly what I wanted to go to college for and I didn’t want to just get out and wing it. So I re-enlisted with the help of my Chief who referred me to a battle of hers in Ft. Gordon GA. As an E4 known as a specialist is the army I was going to have a master sergeant as first-line supervisor. Known if you don’t know military structure there is the chain of command where you have to connect certain rank in order as a sign of respect. Mind you your first line is supposed to be e5 also known as a sergeant, so yeah you get the picture known. Once I got to Fort Gordon GA it was a totally different experience from Kansas. Everything was way easier for one it’s a training post for coming up soldiers so not your typically station base.

Also the few 92Gs that were there worked with civilians unlike my other duty station when it was just us soldiers doing it all for the defac (places that soldiers eat at). This opened up more opportunities through which got me on the culinary later on. I would of never thought I’d be cooking in the biggest culinary competition in North America which was held in Virginia. I enter twice while I was stationed in ft. Gordon and actually placed bronze one year with a pineapple chicken dish I made. It’s crazy to me that when I was in high school I couldn’t even cook eggs but at this point in my life I’ve tried so many different types of food and could cook some meat dishes. I also had the will to learn from others especially people that are older than me, that’s where the wisdom is at. As my ft. Gordon contract was coming to an end I finally figured out what I wanted to go to college for. It was so simple the answer was dead in my face on a daily bases which was Gaming and visual effects. I’m also a huge nerd and love anime as well just had to throw that in real quick. Now I knew what I wanted to go to college for but not where. It was three options that I gave myself which were New York City, Florida, and California. I visited all three while I was in military on my free time. New York was amazing it had it all but the one thing that I couldn’t deal with was the cold winters which were very disrespectful that I wasn’t willing to deal with. Then you have Florida, Miami to be exact, which had a great aura by I didn’t want to deal with the crazy waterworks that they can have. Which made me choose California which I fell in love with instantly, even though the cost of living is higher it made it even more perfect to go to college there since my college 911 bill paid higher for places with higher cost of living.

So I good friend of mine gave me insight on the school he attends for Visual Effects and Animation which was the perfect Bachelor’s degree that I wanted. So I took the leap of faith once my military contract ended and moved to California. This wasn’t some normal move where you just fly out either I packed my whole room of things in my car and drove from GA to California which took me three days since I made two stops Dallas and El Paso. Once I got to California I’ve made some really good friends especially my two classmates I’ve which I known since day one. At this point I’m just really working on other interest gathering the necessary information since being in Los Angeles really does give you so many options. I’m just grateful to be a Senior now at the Los Angeles Film School working with other motivated and hardworking classmates to built not only our future but the future of Entertainment. A quote that I like to use says, “Life is like a video game make sure you level up”.

Has it been a smooth road?
I can honestly say it has not been an easy road but it the experiences and lessons learned are priceless. I would have to say my first challenges would have to be controlling my attitude while in the military. For starters it was hard being part of a team with such strict rules as if one person messes up it like you all messed up so getting in trouble for other peoples mishaps were a bit challenging. Also being a 92G is not easy whatsoever when you’re at a regular duty station as I was in Kansas. With that job you not only have crazy work hours but you are still a soldier and have to complete those soldier duties as well. Our job doesn’t get the credit that it deserves but I made sure we shined no matter what. Weather if it was having the best meals and mix kool-aid drinks for my company or the highest PT (physical training) score in the battalion I made sure that the 92 G’s stood out that we are the job that can do it all regardless of job title.

Overall culinary was also a huge challenge that I had to overcome. Learning how to cook when all I used before was a microwave. So from going to microwave meals to learning from experience chefs and my fellow battles (soldier buddies) I can honestly say I can throw down in the kitchen when need to be which came from all the questions and experiencing with different flavors and etc. A more recent challenge would have to be looking for apartments to lease. You have to make sure so many things are squared away before evening applying such as your credit score, security deposits, and if they have parking spots which can be a deal breaker. If you get a place without a parking space you are putting yourself at risk for parking tickets with street parking which I got three in my first month living in LA. All and in all, I don’t even look at obstacles and challenges in a negative light it’s all just information to help you be a better you.

So, as you know, we’re impressed with Red Dragon VFX – tell our readers more, for example what you’re most proud of and what sets you apart from others.
Red Dragon VFX is my personal branding at the moment for showing my visual effects skills in many different ways on my Instagram. Why red ranger you say, well my name is Jason who was the red ranger in the first season of power rangers which I’m a huge fan of the franchise. The reason I use that for my VFX business identity was also because the show used visual effects as well whether it was them morphing or bring out their weapons. I’m pretty good at or specialize in intros, logo revels, lyrically videos, color correction, 3D tracking and some motion graphics. I still feel like I’m just starting but I’m proud of the progress and getting better with time. I would have to say what really sets me apart from others is that I use other things I’m into and like as reference or combined like interest I have. Say I have a song I really like I base my visual off the vibes it gives off. When you start using other interests as your base for a visual effect it’s easier to get a better idea of what you want to create since you’re being just yourself. I’m excited to further my skills so I can work on my favorite artist music videos. With being in the visual effects program we are able to touch so many different forms of media in which could use visuals to increase the vision of others in a way some people might not even known was possible. That’s what I like about this field to make the impossible possible.

Let’s touch on your thoughts about our city – what do you like the most and least?
There is so much to like about Los Angles that the likes will always out way the dislikes. Let’s just get the basics out the way which are the amazing weather, variety of food places, and the close distances from mountains, beaches and sky slopes. Since being here, I notice a lot of people aren’t really from California which is good in most cases since they bring their hardworking driving self’s here to make it big. Just like basic training its good to surround yourself with people on the similar paths as yourself so you can learn off each other faster than trying to do things solo which could take longer than needed to be. I guess the only dislikes I have about the city is just the traffic but once you know what times to run your errands that’s not even a factor anymore. 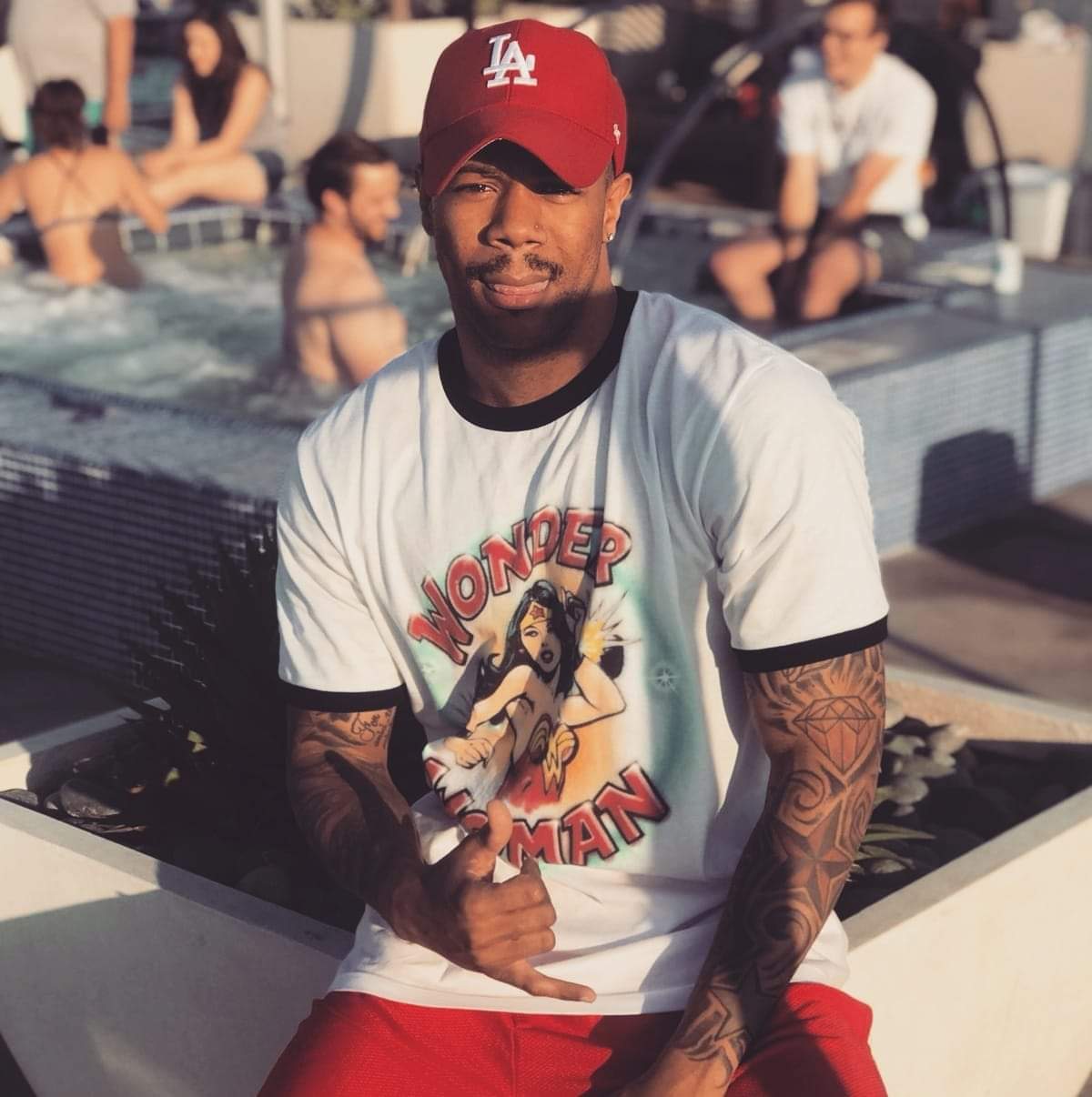 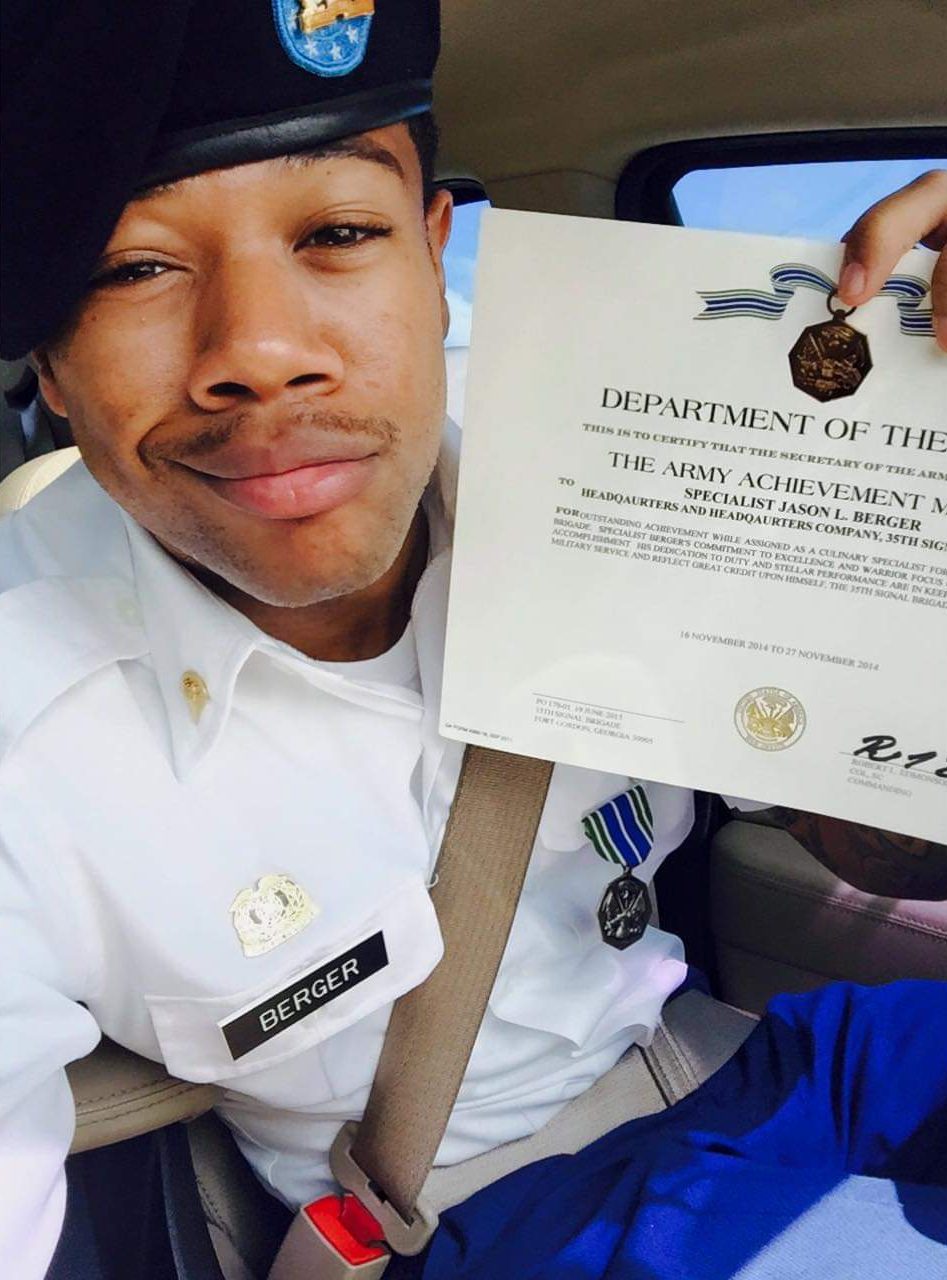 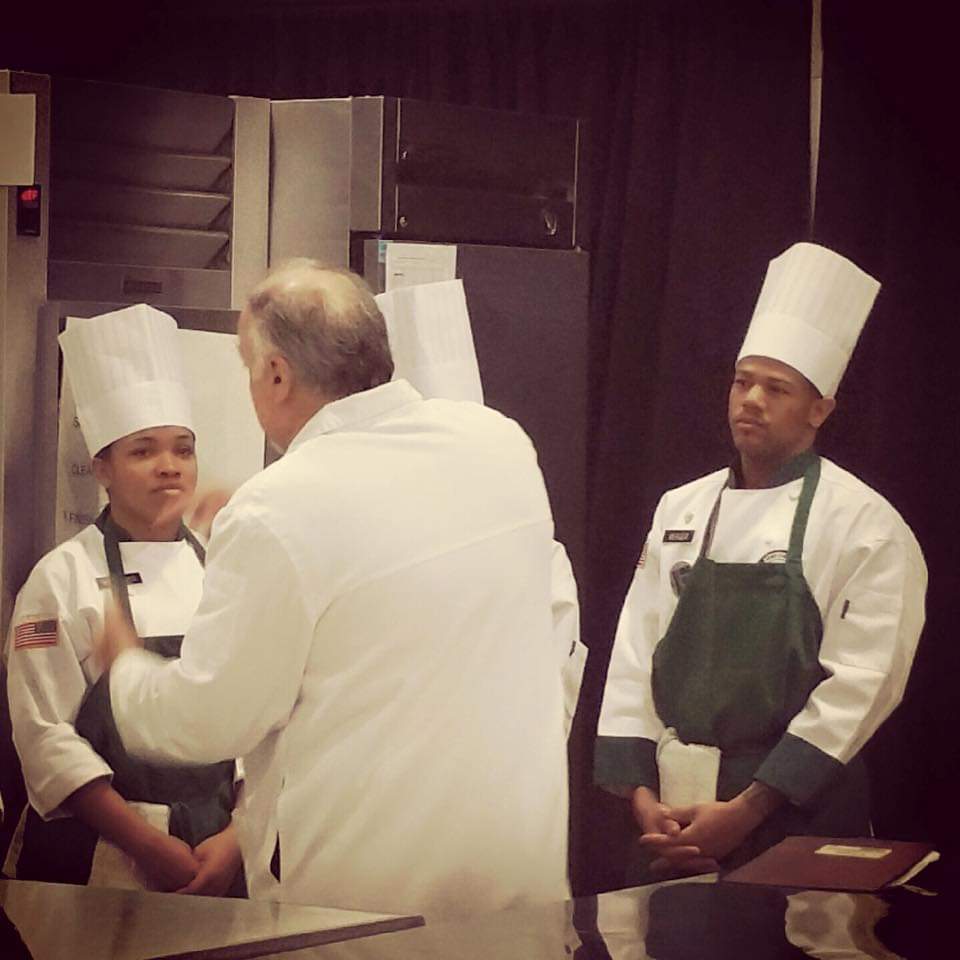 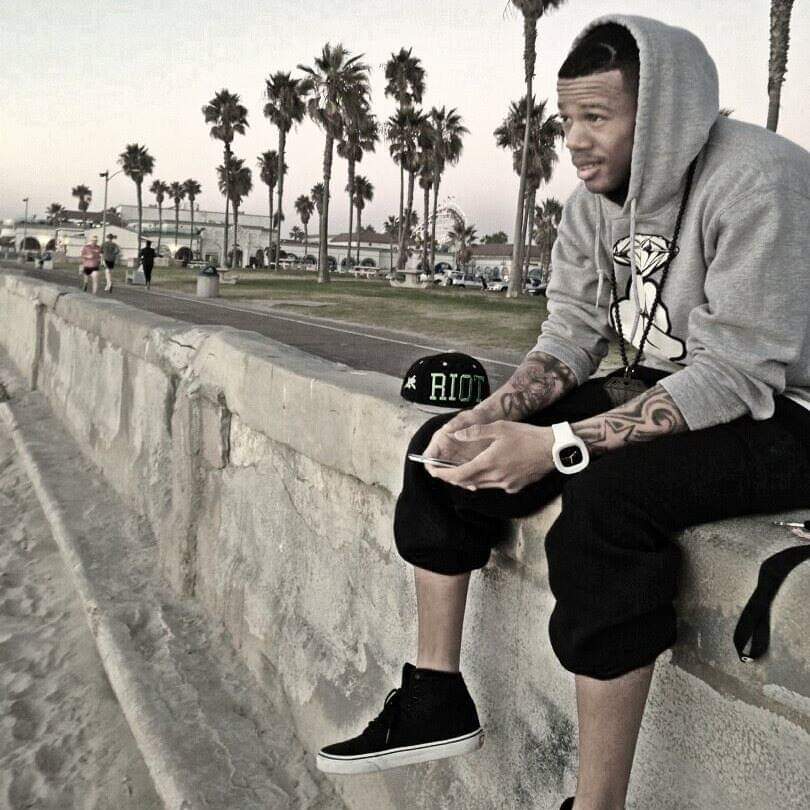