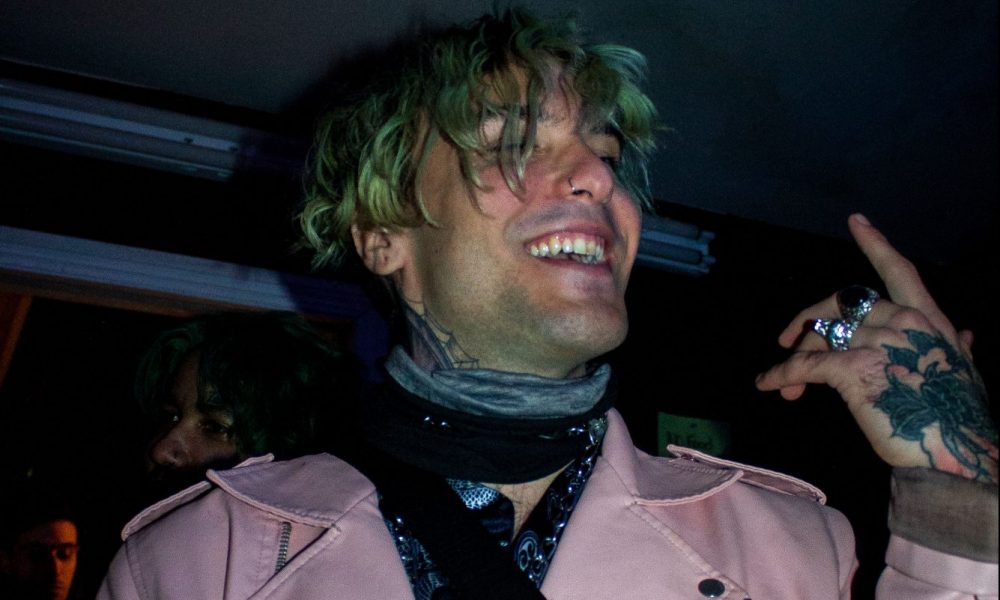 Today we’d like to introduce you to Jason Alessi.

Jason, please share your story with us. How did you get to where you are today?
I had an obsession with music from a very young age, I was always fascinated by my older sisters yamaha keyboard, my aunt and uncles grand piano, and any other instrument I came across. Also, I always was making my own “shows” and primitive vlogs with the family VHS camera which I still use to create some of my visuals. I started taking guitar lessons around the age of ten, where I was introduced to the simple recording DAW audacity, beginning my journey into production. This eventually led me into my first bands, playing in emo/post-hardcore music at high schools, coffee shops locally in Batavia NY, and clubs in the surrounding cities of buffalo and Rochester.

I would always be experimenting in the meantime making solo music on audacity from atmospheric acoustic to hardcore rap. I really honed by rap skills alone in my formative years and kept it to myself. I would always shift my focus around different instruments and genres, growing to co-front a successful local rap group “Black Magic” in early 2014, then standing in as a touring guitar player for then Victory records band “The Bunny The Bear” the following year. Following the dissolution of Black Magic, I continued to focus on my solo music and my singing/rapping/producing skills. This leads me to where I am today and my journey to La that began just last year.

Has it been a smooth road?
I really struggled to make it out of high school. I have a good family I love but there was alot of toxicity in the environment and I was just a mixed up kid. I was constantly absent or late, being disruptive, and failing to complete assignments. At the same time, I had good test scores and could do really well at certain projects so there were always teachers who saw my potential as well as ones who hated me lol. I was also like an “emo/scene” kid and was always waging war with bullies that made my anxiety through the day much worse.

They eventually put me on Adderall which really helped me with school and working with my band but it made me sick and unable to eat so I started to sell it instead. After this, though I began to mature and could better control my behavior, still it was difficult to fight depression and show up. I know a lot of people go through this. I had to go back an entire year of school, which sucked, but I graduated with honors based on my test scores. That’s how a lot of things seem to go in my life, they come late but strong and I show up in the final quarter.

We’d love to hear more about your work.
I’m a singer, rapper, producer, and multi-instrumentalist as well as a digital artist shooting, directing, and editing videos. I occasionally act and model as well. All that sounds pretty badass but I know there are so many talented hard-working people with similar resumes. I think with me a lot of my work is more unique because it really comes from a genuine place within. I don’t wanna sound pretentious but its truly about the art for me and that’s why I tend not to offer my services commercially.

I might engineer and mix songs for people or do videos for artists I know on a more personal basis but I always make the decision based on what makes sense for me and if I think our vibes click. Even when reaching out to bigger artists to work I base my decision more off, of what they create rather than clout. I think a lot of people think this reasoning is counter-intuitive to the business side of things but I disagree. I think keeping it real will get you to do the biggest bag in the end, and if it doesn’t you can at least die with your honor intact.

Let’s touch on your thoughts about our city – what do you like the most and least?
Los Angeles is a place where you can go out into and make valuable connections by literally doing anything. I was walking out of a dispensary off Melrose after doing a short brand-rep shoot, and this guy with a little dog in one arm and a nice camera in the other stops me and asks if he can shoot some pictures. A week later we were meeting downtown to shoot for his clothing brand @table_iv_two. A modest startup with really sick designs and we became friends, he bought me a burrito! I think that’s cool as fuck! I could tell so many of the same stories. I was literally sleeping in a construction building in Echo Park on thanksgiving and these girls I met a week earlier doing a demonstration for La animal save on Hollywood blvd took me in as soon as they heard.

The next night I was staying in Venice at a beautiful apartment with a private room and bathroom w tiles and a giant mirror! La is sick and if you’re fearless she will bless you. But as beautiful as the snow-kissed mountains are surrounding her are many things in the city are ugly. There’s a lot of callousness towards the forgotten ghosts that inhabit the streets. I think most of us wear nice and stylish clothes to identify ourselves of the normal and trustworthy class. Thus making it plain who the damned are, the homeless, drug-addicted, and mentally ill.

It’s a serious problem, I don’t think a lot of natives understand that city blocks covered by tent shantys and filth don’t exist in most of the country. Especially to such an overwhelming capacity. I really loathe the tourism culture in Hollywood as well and the weirdos and creeps who prey upon the unsuspecting in the mirage of the boulevard center. I swear one day I’m going to knock out one of those superhero dudes trying to grab young girls or “artists” shoving their cd in some mom’s face. I do love La, I want my energy to help make it better. 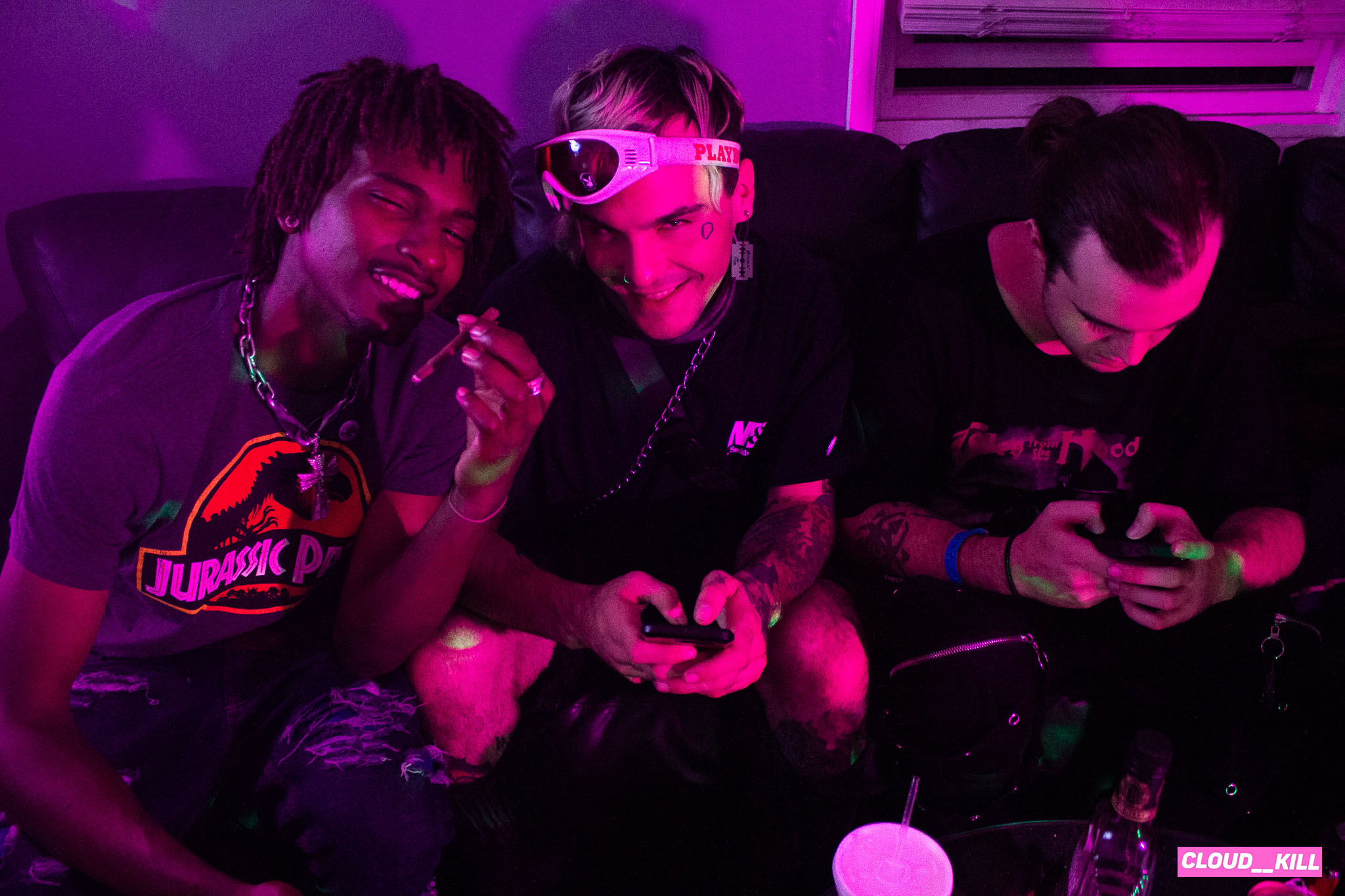 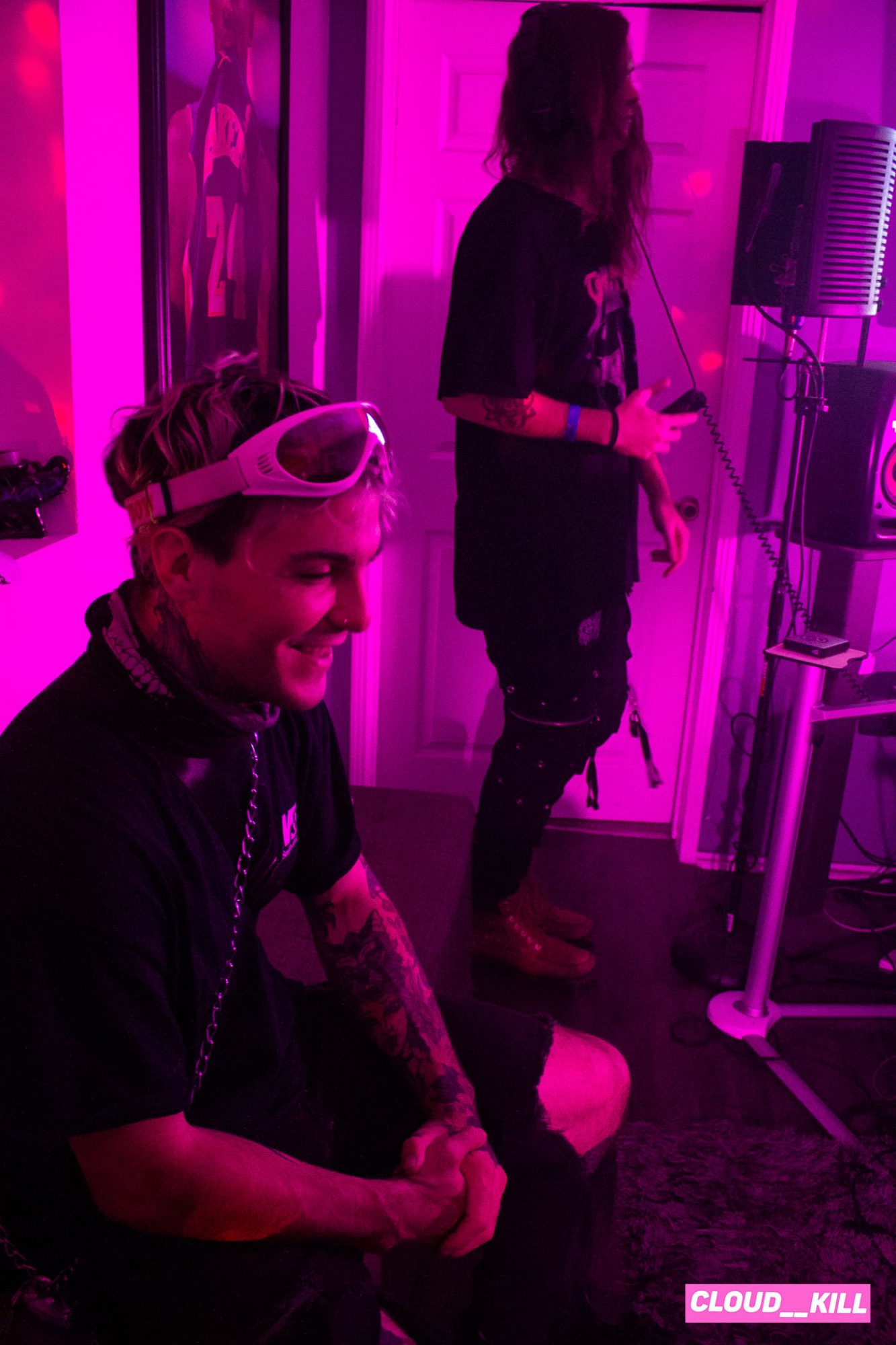 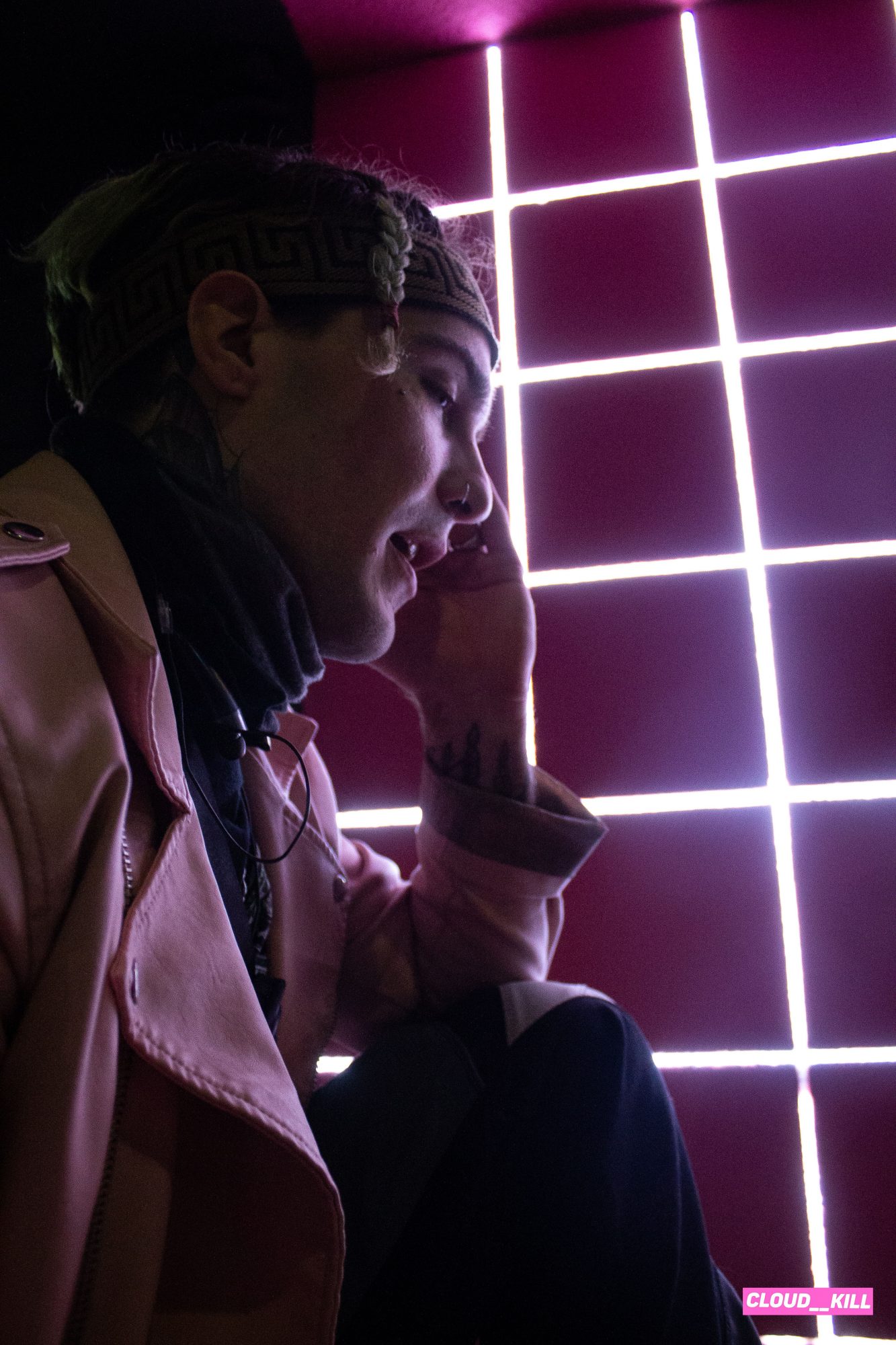 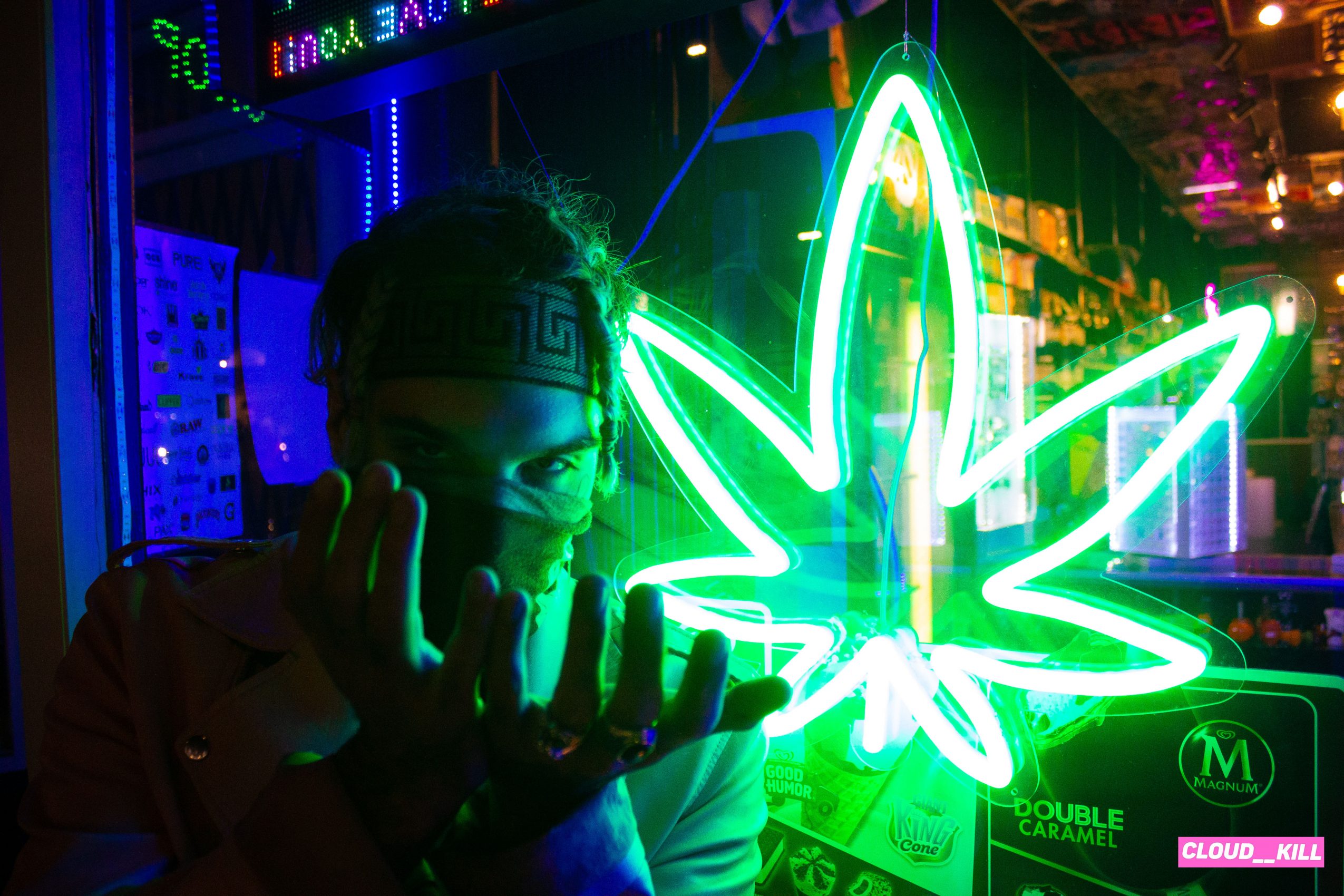 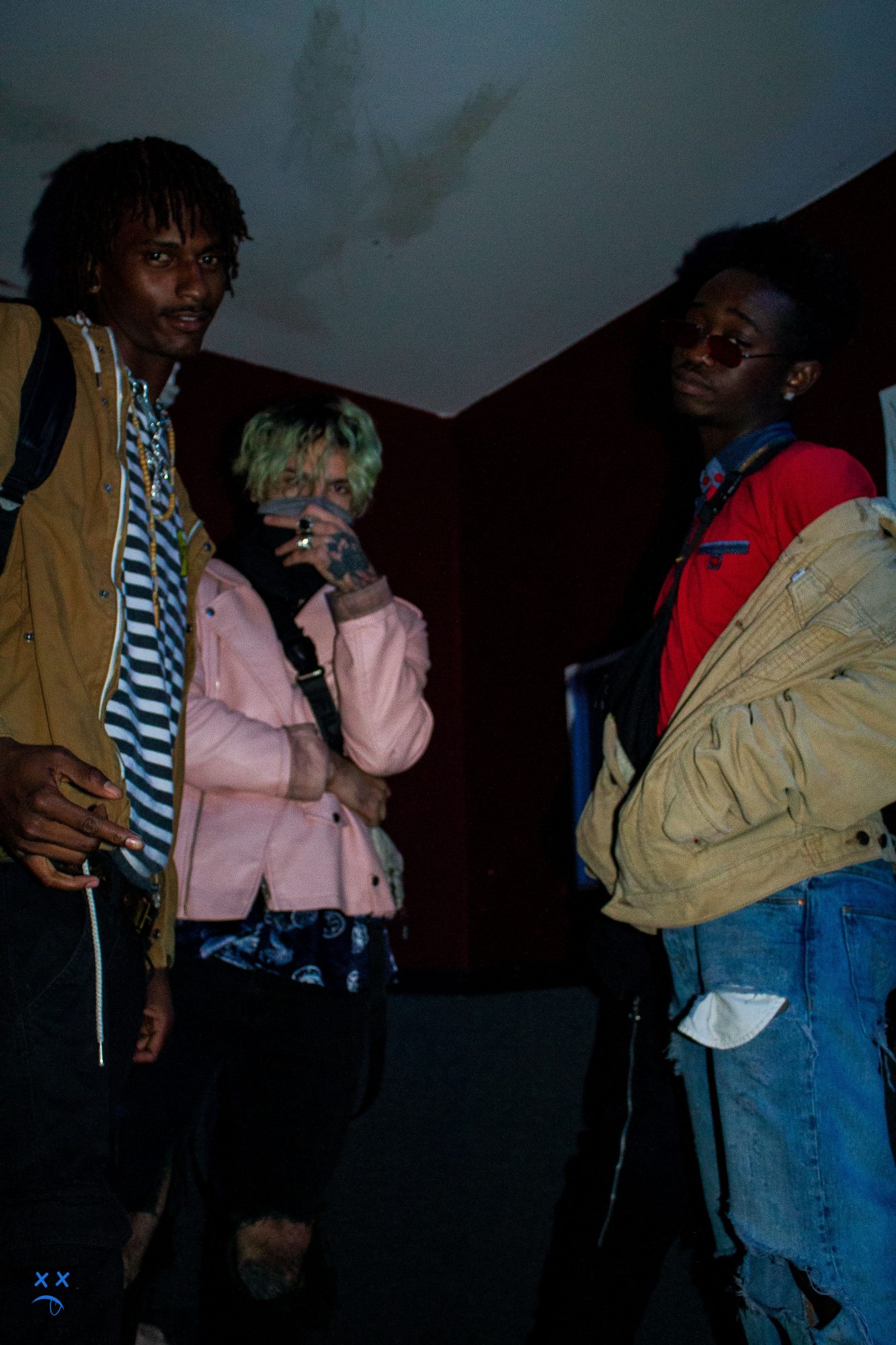