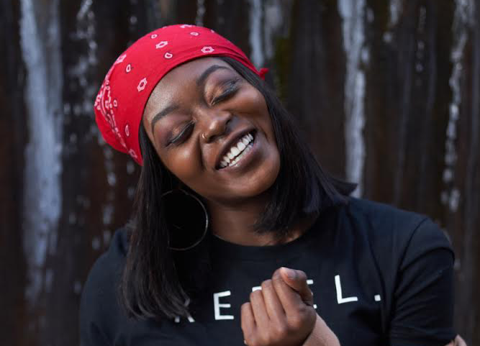 Today we’d like to introduce you to Jasmine Ogunjimi.

Jasmine, let’s start with your story. We’d love to hear how you got started and how the journey has been so far.
I’ve been writing all my life. And as cliche as it sounds, it’s very much the truth. As a kid, I’d create fake stories and then act them out, myself playing each character of course. When I played with my Barbie dolls, I one hundred percent did not need anyone else to play with because I provided Oscar worthy performances for each doll’s character.

From the way I listen to the way I convey information, storytelling has always been a part of my life, way before I even understood what that meant. Hailing from a family of athletes, I fell right in line as the baby of the family. Learning from my older sister how to backflip at the age of 3, gymnastics was my first love, followed by dance and basketball, both of which I’d gone on to do throughout high school, college and professionally. All the while, I continued to write. All the time. But I never considered something I’d literally do for free (seriously, I was the student who opted for 10 page papers instead of group projects) could actually become my career path.

It wasn’t until I was forced (for reasons I could not control) to sit out the entire basketball season during my senior year of college that my academic advisor asked me one of the most important questions of my life to date: “If you could do anything in the world despite finances, resources or location, what would it be?” Of course, my first answer was very generic, very politically correct and very much a lie. But when she asked me a second time, I relaxed my shoulders, blushed, and said “I just wanna write.” Coincidentally enough, she introduced me to an Emmy Award winning Screenwriting professor that I am still mad I hadn’t even known existed on campus until right before graduation. Low and behold, that professor read my rough, unpolished, improperly formatted short story and calmly said “Jasmine. You need to pursue this. You absolutely have what it takes to make it in this industry.”

Fast forward a year later to my post-graduate career, playing basketball and studying abroad for my Master’s degree in the UK, I finally wrote my first script. Though I loved basketball, writing was all I could think about and I knew I had to make a move before I got left behind. So when I returned home after the season, I did what any intelligent, stable minded person would, and quit a well-paid job at a marketing firm to stand outside of a film studio with a resume and a smile, asking kind-hearted souls that I truly believe were my guardian angels for help. As bold and uncomfortable as it was, it ultimately landed me my first unpaid film internship in 2018, a huge first step in my career today.

We’re always bombarded by how great it is to pursue your passion, etc – but we’ve spoken with enough people to know that it’s not always easy. Overall, would you say things have been easy for you?
I’d say my biggest struggle concerning my filmmaking career comes from the fact that I’ve had such an unusual pre-film industry lifestyle in the eyes of what Hollywood considers normal. Before pursuing screenwriting and filmmaking full time, I was a decorated athlete with 3 degrees in English, Public Relations and Psychology and Criminology & Socio-Legal Research. So not film. Although this unique background served as my trunk of creative muses to pull from, it also served as a huge barrier between me and the walls of Hollywood’s gatekeepers who made sure it was every bit of difficult to “break in.” I knew no one. Never been to film school. Never even took a real class. Barely had one finished script on some online software I downloaded for free. No manager or agent in my corner backing me up and advocating for my writing skills. And on top of that, my Nigerian family looked at me like I grew a second head when I told them I wanted to end my basketball career and nix any plans of continuing school to earn my PhD so I could move across the country to infiltrate an industry I had no experience with.

Being Nigerian is one of the most pride filled aspects of my life. From the spiced foods, song and dance, Ankara cloth, the bloodline of royalty, and pure passion that exudes from my people. I love it all. But having a creative art as a full-fledged career is a concept that still misses the mark for my beloved West African people. If you’re not a Doctor, Lawyer or Engineer, then you’re wasting space. Fortunately for me, my parents’ mentality although very traditional, is also very free-spirited. So though it took some convincing, my nontraditional Beauty Brand creating mother and former Club Owning father finally came around to the idea that they were happy as long as I was, because they knew exactly what it felt like to stray from tradition. Coincidentally enough, my challenges as a Nigerian creative led me to birth my own company in December of 2018, Rebel Africa. Rebel Africa’s mission is to establish a community of Black and Brown creatives with an emphasis on the African community, seeing as though most creatives in our generation do not receive such support within their own homes. Through networking events, project collaborations and sharing work within our artist space, our community is a force of non conformers, unapologetically rebelling against cultural stereotypes, one artist at a time

But above all else, I believe what I consider to be my biggest challenge was actually very much a blessing. The fact that I knew no one, and started with literally zero resources shows that the only reason I’m even where I am thus far is because of God Almighty. I am a very strong-willed woman who’s serious about her faith. If you spend any amount of time with me, you’d be able to tell from the way that I act, to what I’m reading, the Bible verses on my T-shirt or my motivational laptop stickers. At the end of the day, He is the ONLY reason I am where I am and who I am. And I hope that is conveyed in daily interactions with people, and most of all my creative work.

We’d love to hear more about your work and what you are currently focused on. What else should we know?
My craft is screenwriting, specifically TV writing and the ultimate goal is to be a Creator and Showrunner of my own TV series on a major network. To get there, my near future goal is to be hired as a Staff Writer on an existing TV series. But since it’s not as simple as walking into a Writer’s Room and asking for a job, I’d have to work my way up either by taking the assistant route, being a qualifying contender in one of the high ranking competitions or fellowships, or some other unorthodox means of infiltration. I’m fine with either and will continue to hone my skills and make connections in the meantime. With the rise of diverse talent making way in such a resistant industry, it’s very easy to be clumped into a group of “minority writers.” The industry loves to box talent. But one Asian woman’s voice does not speak for the entire continent anymore than a white man does for the whole of Europe. In that vain, I plan to blaze my own trail, simply by writing stories and making films about what I care about. This just naturally includes stories about the intersection of all of my identities as a Nigerian, Woman, Athlete, Educator and Woman of God.

I am currently cementing this as my brand while I continue pre-production for my very first official short film, ‘Bermuda’ discussing the nuances of a Nigerian American and her life while exploring unconventional dating methods and her balance between her two cultures. This was only made possible with the backing from Free Spirit Media (FSM.) After my own attempt at crewing up and filming a script idea fell through before my self anticipated shoot date, I saw an opportunity to enter a pitch competition where contestants would have all of 90 seconds to pitch a script idea in front of a panel of intimidating industry professionals. Well, I entered. And I won! As a result, official production for Bermuda is set to begin in April of 2020. No matter what it does or doesn’t do for my career, it does everything for me as a creative. I’ll finally get to see my words come alive on screen! Something I would not have even begun to imagine when I first started out not knowing how to properly format a script just two years ago.

Outside of sports and filmmaking, I also co-host a podcast titled “11:59 Young Gifted & Transitioning” with fellow co-host and long time friend Sacha Dunkin, about handling the grey areas of life in your mid-20s during seasons of transition that often go largely undiscussed.

If you had to start over, what would you have done differently?
I think it’s hard to imagine anyone would be 100% celebratory and without regret in the face of struggle. But once we get over that hump, more often than not we can look back to the struggle and feel joy for having to have gone through the fire. Despite all of the challenges I’d endured up to this point, I believe they were all a divine plan to help me live out my purpose. And I believe the same to be true for everyone else. As a believer of Jesus, it’s natural for me to see everything as an orchestration instead of a coincidence. Obviously not to say that it’s good for people to experience hardship, because there are some terrible things and terrible people in this world, and I don’t always understand why certain things happen to certain people.

However, I do firmly stand by the Bible verse Jeremiah 29:11 that says “For I know the plans I have for you. Plans for good and not evil, plans for a hope and good future.” If we really believe we can do anything we out our minds to, then the only thing we need is to get up and do it. One gem that was dropped to me as one of the greatest pieces of advice?: Stop taking so much advice. If it makes you happy, it’s not putting others down, if it ignites that burning passion inside of you, DO IT! As creatives, we gotta get out of the habit of seeking validation from everyone else before we think it’s “acceptable” to take the first step. You wanna move out to LA to pursue your career? Do it. You wanna make a film with no money? Do it. You wanna write that book? Start that business? Apply for that job? Do it. The most memorable things that have ever been done were always absolutely insane until they were done. Be a Rebel. 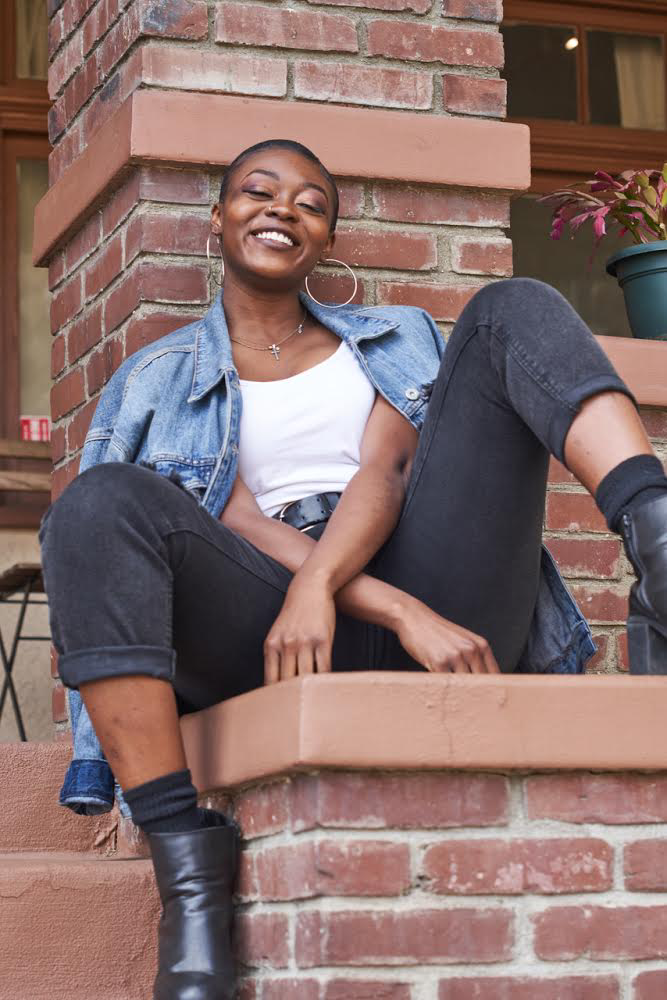 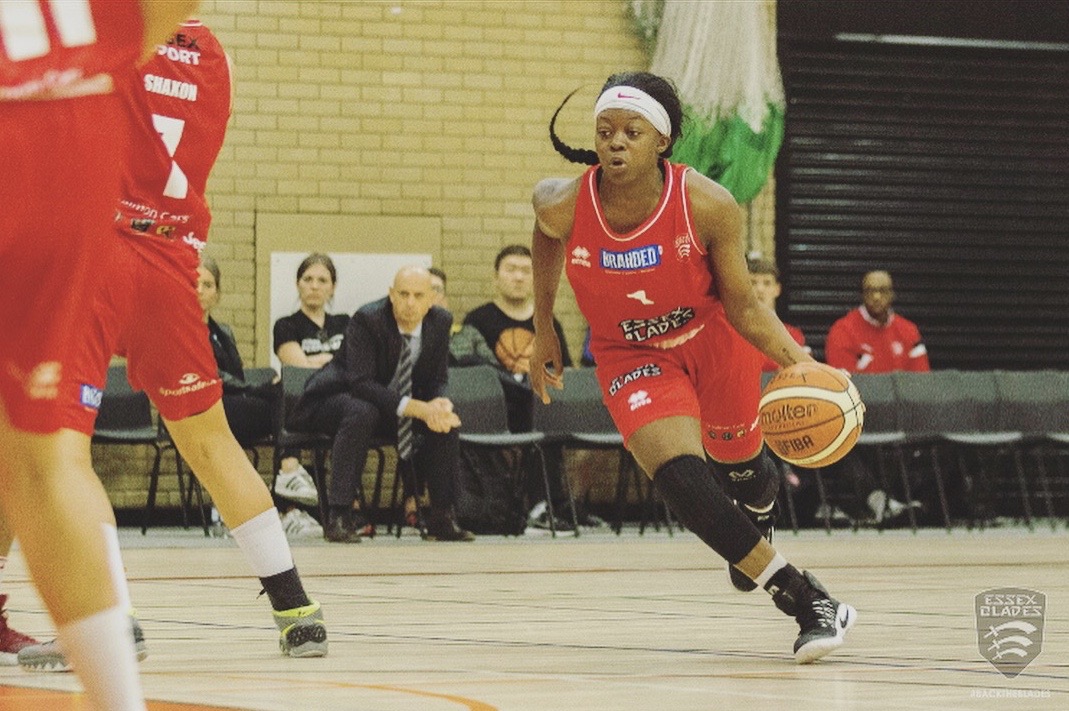 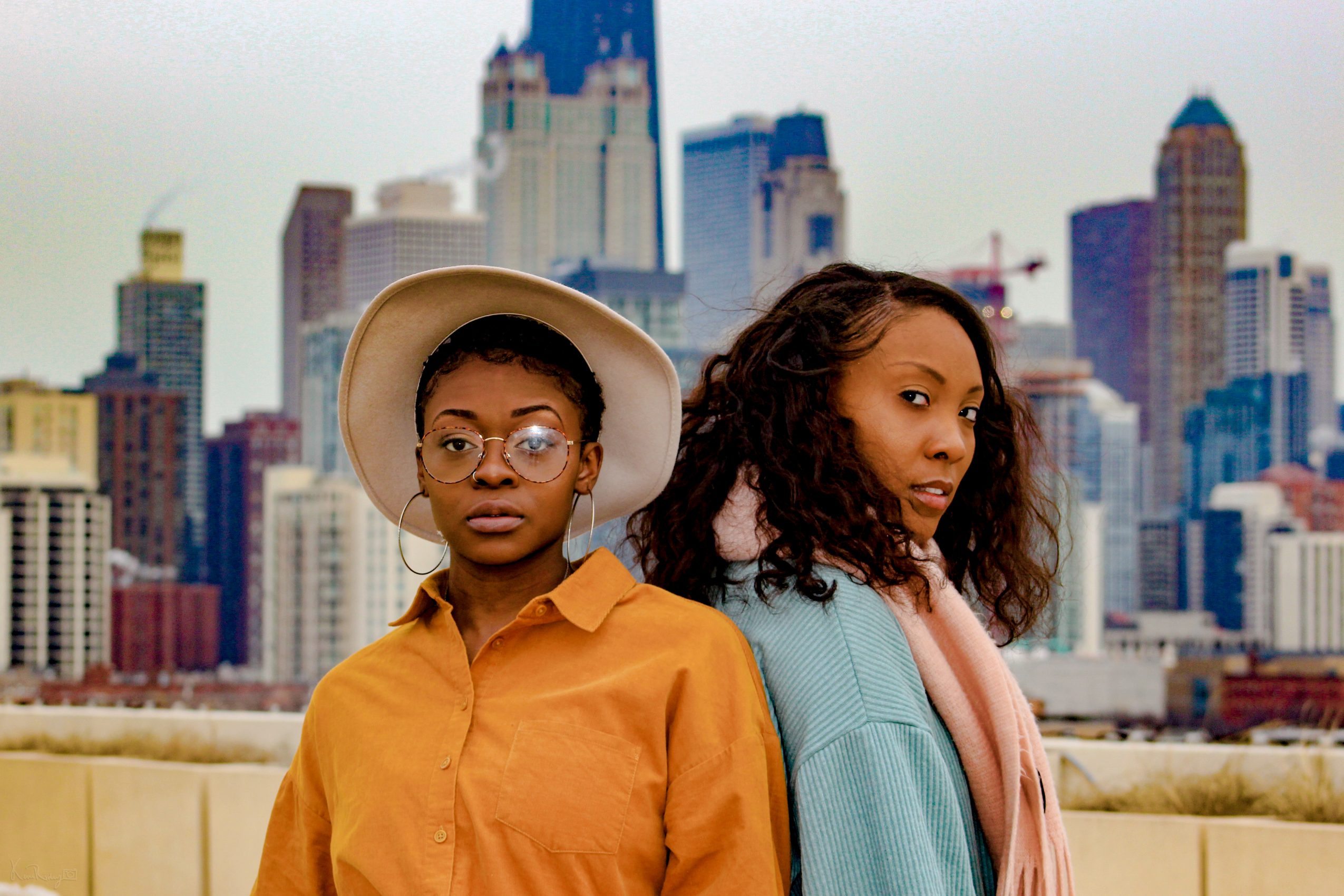 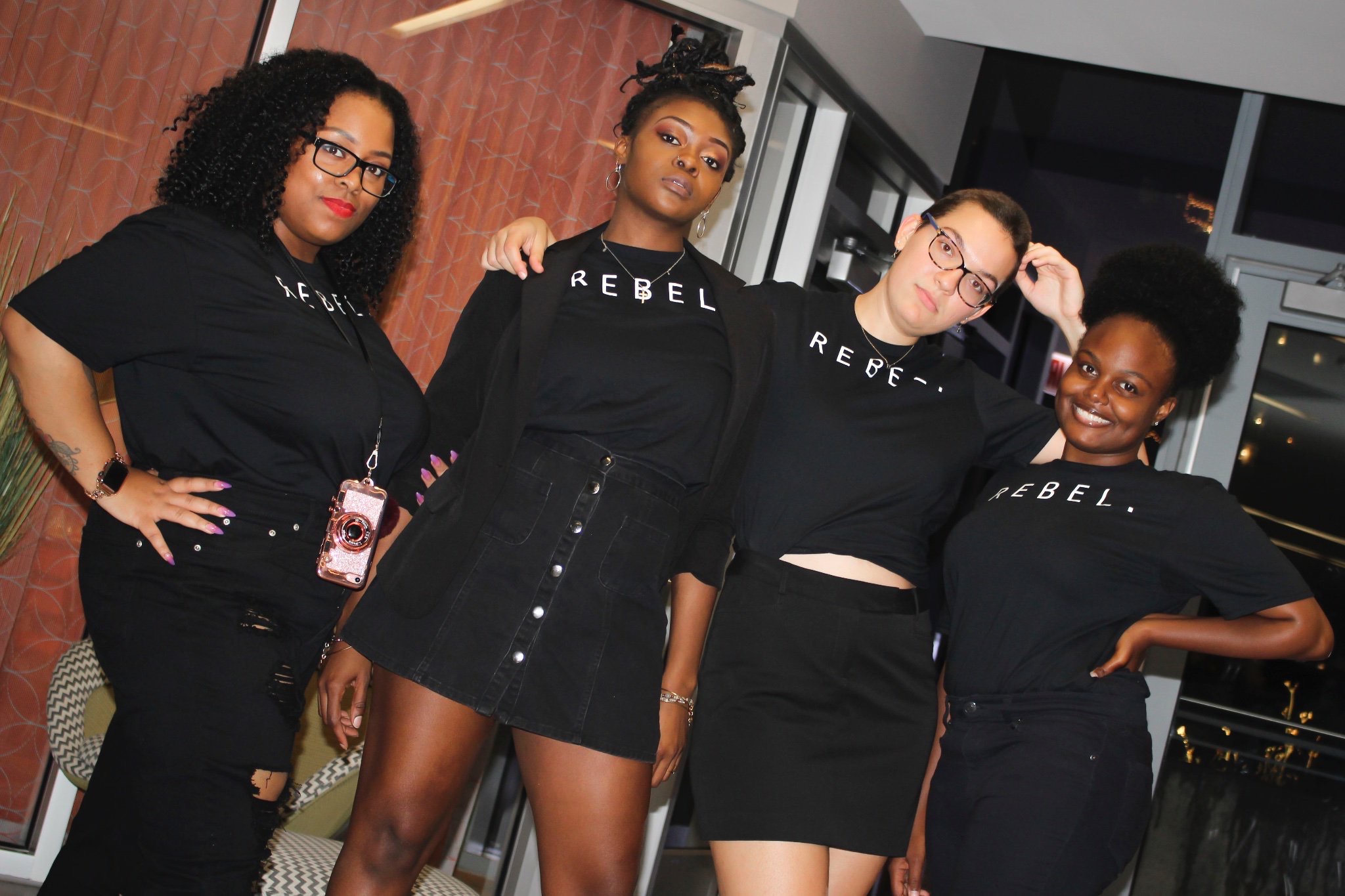