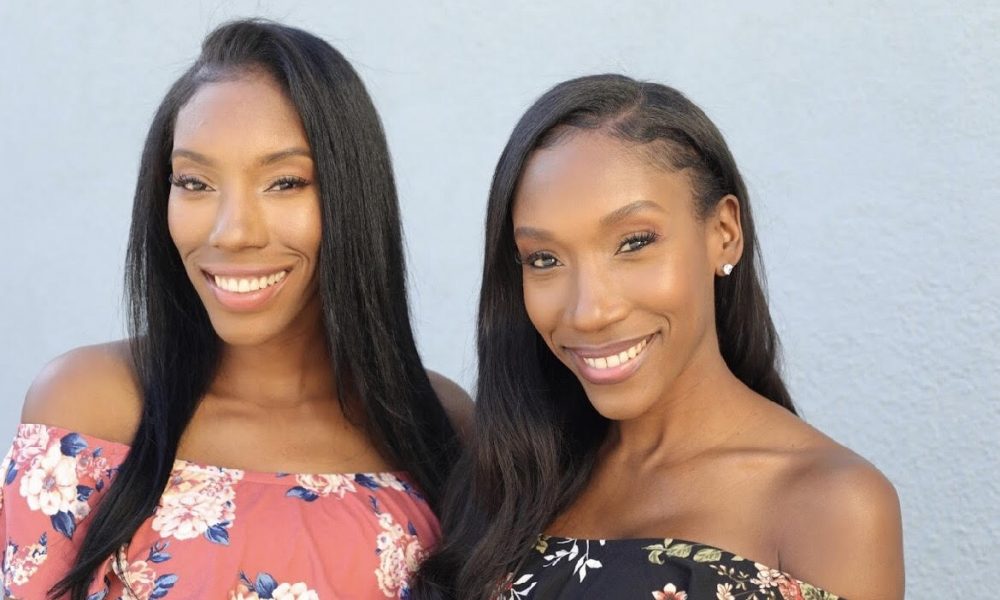 Today we’d like to introduce you to Jaseena Ali.

Jaseena, let’s start with your story. We’d love to hear how you got started and how the journey has been so far.
My journey begins as a little girl growing up in Diamond Bar, CA with dreams of making it big in Hollywood. I come for a large family of five siblings and wouldn’t trade our crazy household for anything in the world.

As a young girl, I idolized women like Oprah Winfrey, Jenny Jones, Tyra Banks and Ricki Lake just to name a few because they were women who created their own platform on television where no topic was off limits. They would interview guests from all walks of life and share their story with the world and even as a child, I knew that was my calling.

Like most people, I went to college following high school and graduated from California State University, Northridge with a bachelor of science in Apparel Merchandising and a minor in Marketing. Even though I did not focus on breaking into the entertainment industry during those years, it was the best decision I have ever made. Going to college not only allowed me to break away from my suburban shell but also allowed me to move closer to Hollywood which was my ultimate goal.

After graduating, I decided to put my experience to use and get a job in retail management and within less than a year, I knew this was not the job for me. I wanted to pursue my ultimate dream job of becoming a television host full time but had no clue where to start. So I took a leap of faith and quit my retail job and became a bartender to have a more flexible schedule and use my days for auditions. Most people thought I was crazy when I did this but I knew it was the right decision for me and where I wanted my life to go.

After several years of booking hosting gigs for multiple media outlets, I started to learn the ins and outs of Hollywood and was able to see my hard work finally paying off. From red carpets, press junkets, live tv and green screen, I started to make a small name for myself interviewing A-list celebrities that I’ve always dreamed of working with.

During this time, my older sister Autianna Ali was also pursuing the entertainment business as a television host. For some reason, we never had the chance to work on the same project together but always supported each other whenever one of us landed a part. As time was passing, we realized that two was better than one and decided to take another leap of faith and start our own media outlet called “Alisistersmedia”. Here we would have full creative control of what content we wanted to put out and eventually start our own show interviewing celebrities and influencers where their stories could be told.

Last year around this time that is exactly what we did and our latest project is called “Table For Two” on EverTalk TV Network. This has been such a special process for us because we have been able to see both sides of the camera in a different perspective and navigate through Hollywood as a family duo. We have so much more to learn and accomplish while working in this field but that is the beauty in following your own dreams and not someone else’s.

Has it been a smooth road?
Even though I am forever grateful for where I am today, the road has definitely not been easy. One of the biggest challenges I have faced while pursuing the entertainment industry is the word NO!

No, we are not hiring, No you do not fit the description of what we are looking for. No, we do not take on duos for projects. No, sorry we are only casting one person and it’s not you, etc. The word NO became my best friend over the years since I heard it so much and stopped hurting my feelings very early on. I have learned that as many No’s you may get while going after your goals, it just takes the right YES to change your life.

So, as you know, we’re impressed with Alisisters Media – tell our readers more, for example what you’re most proud of as a company and what sets you apart from others.
Our company Alisisters Media is a media outlet that I have with my sister where we give a platform to other entertainment colleagues to share their stories.

We do in-studio and on site interviews with people that have been in the industry and it allows their fans to get to know them on a personal level. The main thing that sets us apart from other outlets is that we are sisters working together to accomplish the same goal which is to get people’s stories out to the masses and open up doors for other upcoming artists.

The thing that I am most proud of is to watch the transition of our company grow and the effect we have made on people in such a short amount of time. Supporters have reached out to us and ask how it is working with family members and how inspiring it has been from them to watch our journey and that is what makes it all worth it in the end.

Let’s touch on your thoughts about our city – what do you like the most and least?
I like that my city is close enough to the chaotic streets of Hollywood, but far enough to have peace of mind when I come home after a hard days work. My least favorite thing about my city is that there is not enough commercial restaurant chains like BJ’s, Applebee’s, Red Robin and TGIF which are places I grew up eating and gives me a piece of home. 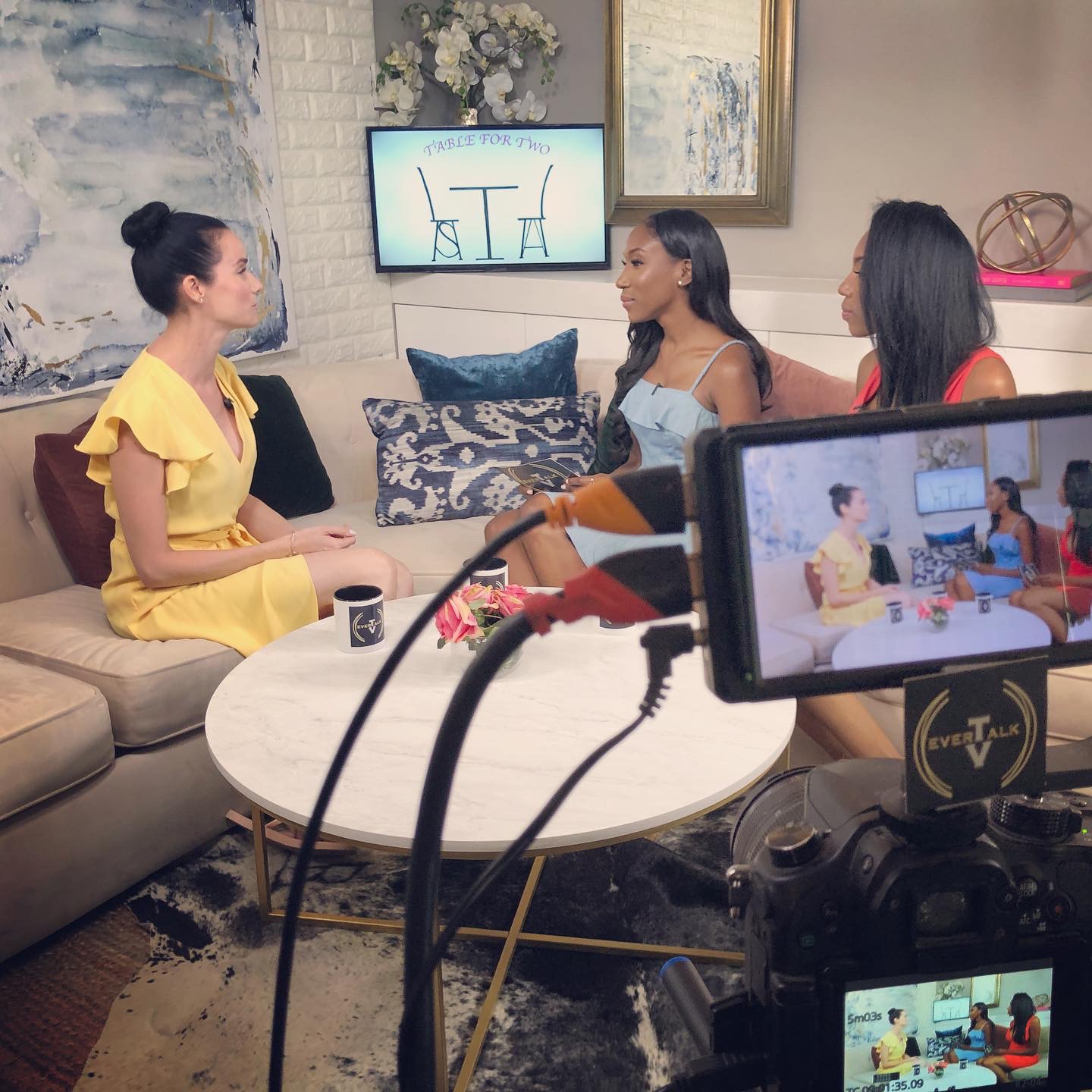 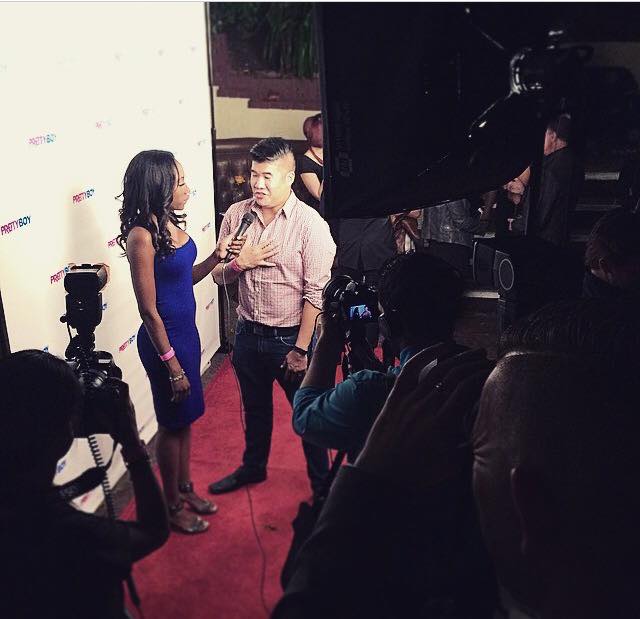 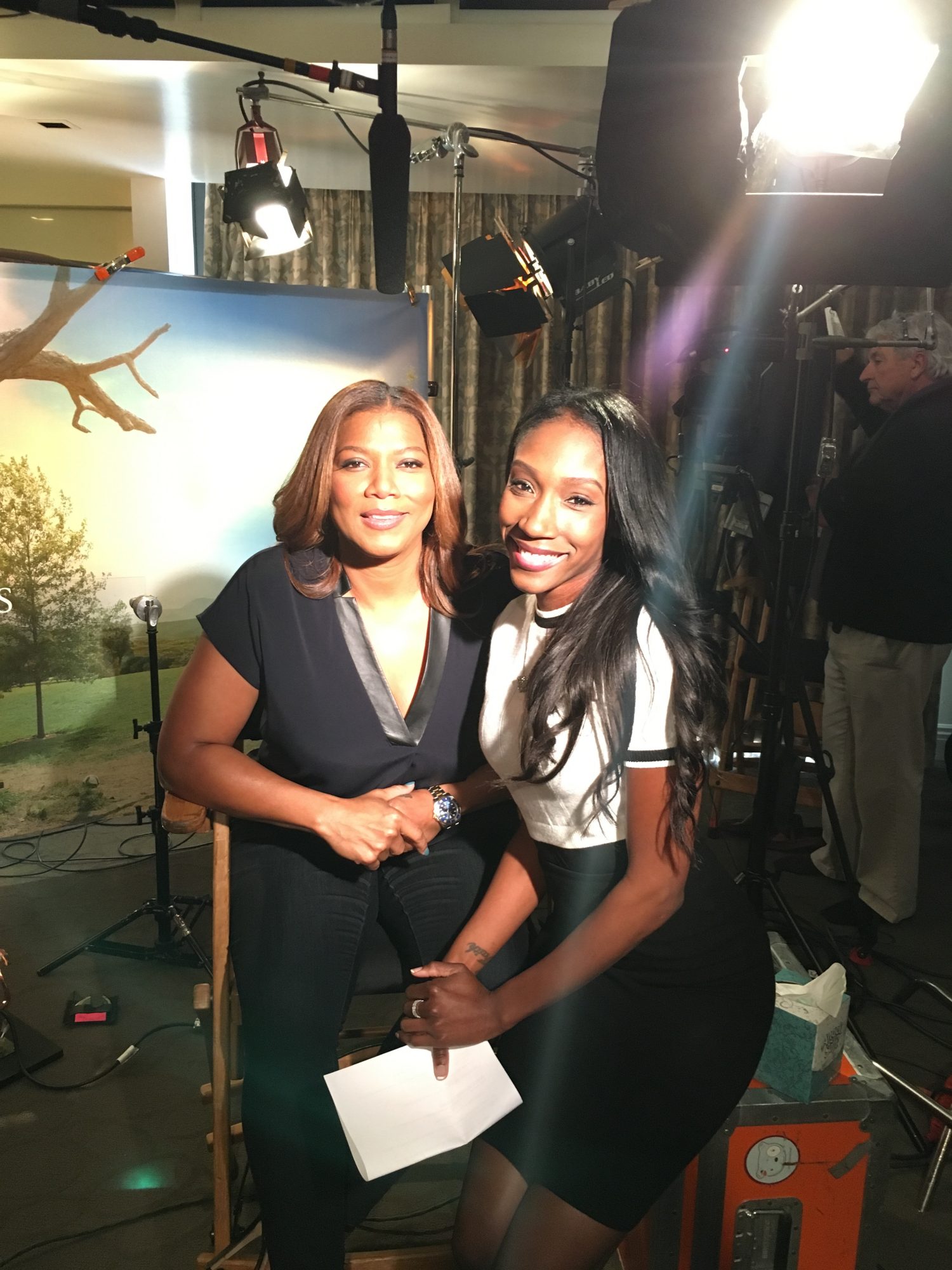 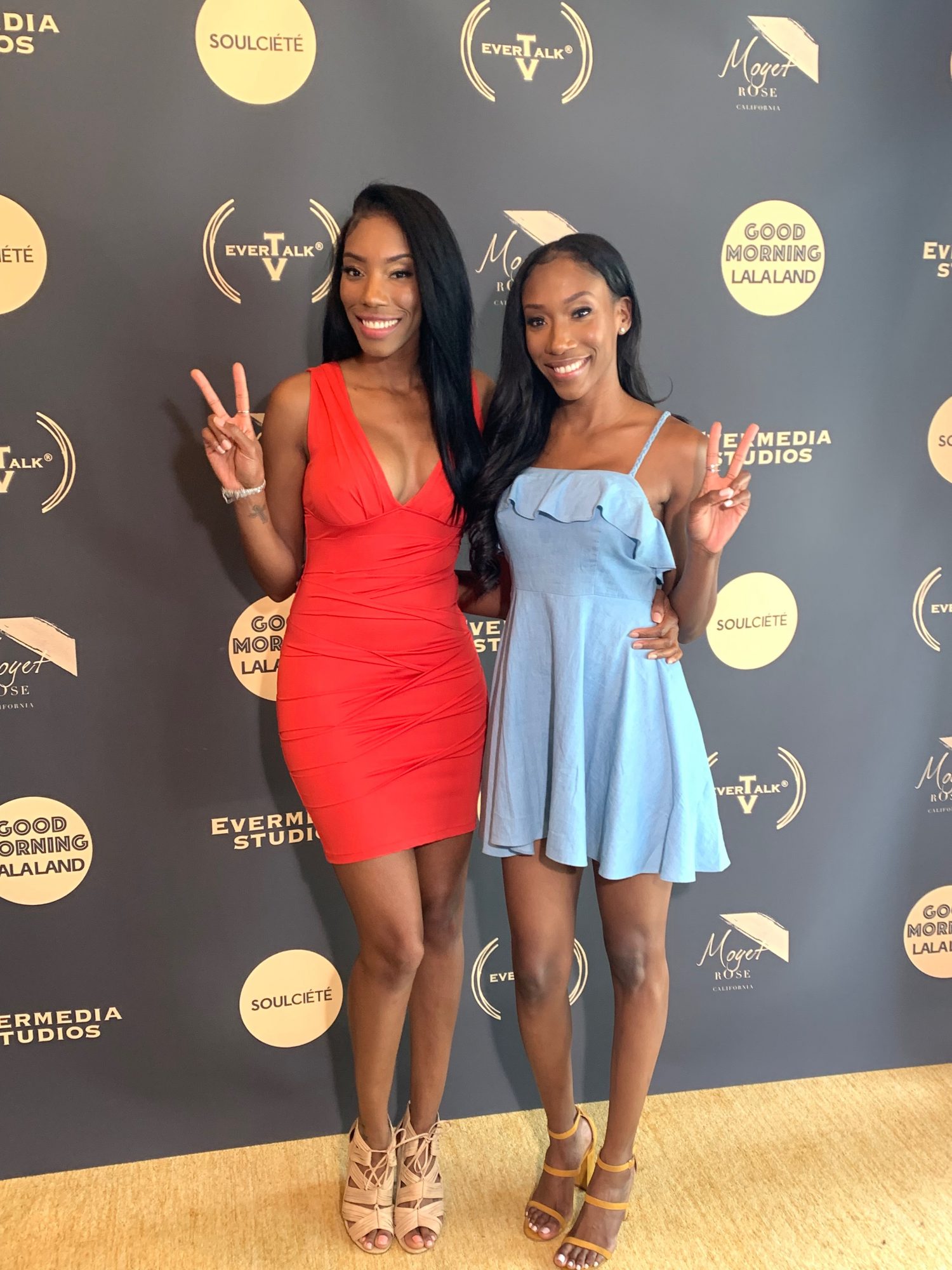 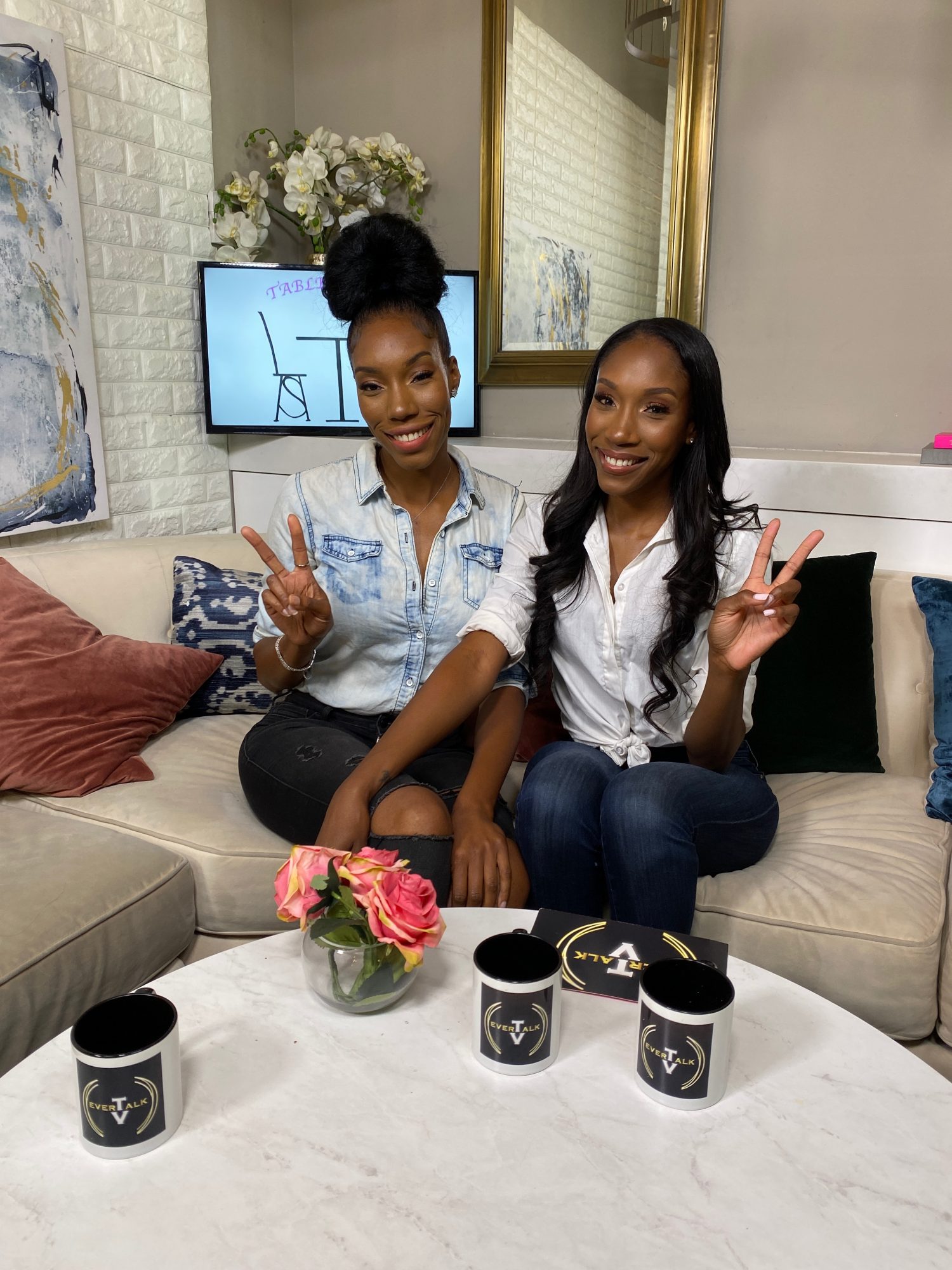