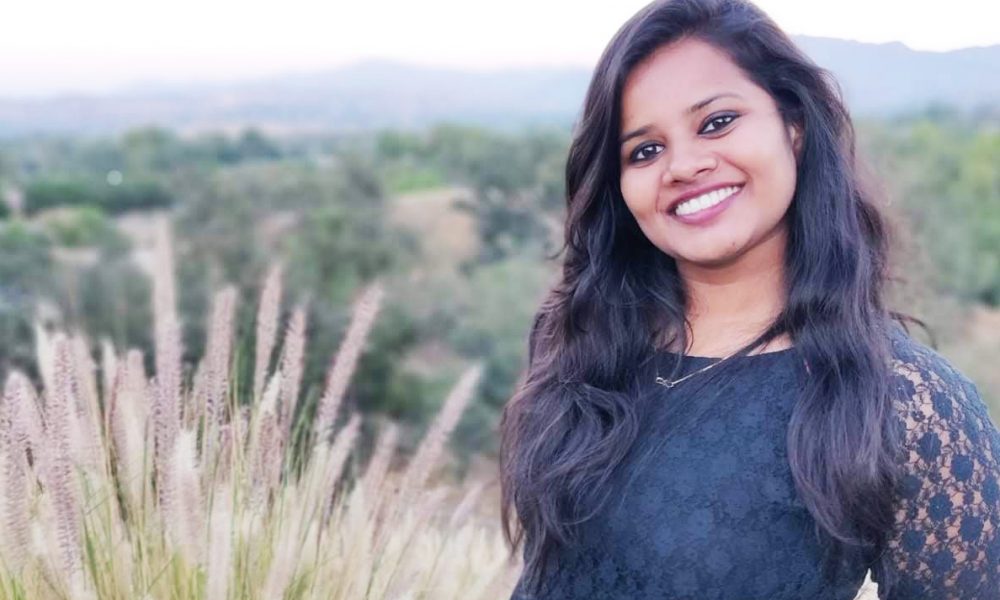 Today we’d like to introduce you to Janhavi Naik.

Thanks for sharing your story with us Janhavi. So, let’s start at the beginning and we can move on from there.
As a child, whenever I was asked about what I wanted to be when I grew up, my spontaneous answer to the question had always been ‘an artist’. For the little me, I imagined an artist as someone who painted on a canvas resting on an easel with a huge palette of colours in their hand and paint smeared on their clothes. A career in the creative field was something that was stuck in my head since ever. Only when there came a time to finally decide, I had so many ideas of a career that it was a challenge for me to pick. I gave several entrances of getting in different streams of an art-based degree. My closest pick to all the thoughts in my head was Architecture! I did my bachelor’s degree in Architecture in Mumbai, India. It is an intense five years course which nurtured my aesthetic sense about spaces and user experiences and inculcated knowledge of a practical workable design in me. I worked as a junior architect in Mumbai for a year. It gave me a chance to work on various residential and commercial projects in the city.

Five years of the degree and one year of the job later, I identified that I wanted to expand my horizon as an artist. I researched about the in-numerous fields I could pursue a master’s degree in. I had friend here in LA already pursuing her masters in California Institute of the Arts (CalArts) and I looked into the program she was enrolled in. There it was! ‘Masters in Fine Arts: Applied Design’. Not having a complete idea of what applied design meant then, I gathered information about the program and figured it was a gateway that gave me exposure to working as a Production Designer/Scenic Artist/ Art Director/ Illustrator/Graphic Designer and many more roles! “This program was all I wanted”, I thought to myself. I applied to the program in December 2017.

Two months later, I got a call and an acceptance letter from Mary Heilman, the head the program here at CalArts and it felt like a whole new world of opportunities was opened for me! Being accepted to one the premium art schools in California was a huge achievement in itself. This program was the closest I could be to Architecture and still be expanding my horizon of career opportunities. Halfway through the first semester, I found myself painting on huge 6ft x 6ft canvases with a humongous palette of colours and a lot, if not little paint smeared on not just my clothes but most of my stuff. My childhood dream of becoming an ‘artist’ had come true. Some stars had realigned in my favour and there was nothing I wanted to change about it! There started my journey of transforming and further expanding my competency; and here I am today, a recent graduate from CalArts working as a freelance Production designer/ Art director/ Scenic Artist/ Graphic designer in the Industry.

Great, so let’s dig a little deeper into the story – has it been an easy path overall and if not, what were the challenges you’ve had to overcome?
Knock on wood, I have had the best and the most reliable resources to start this journey with. My family was supportive of all my decisions which included moving my whole life to LA. I got the best mentorship and faculty guidance throughout the completion of both my degrees and that helped me build a very strong base for myself to step into the industry. I had started working on projects right from the second semester of my master’s degree. The trick lies in how you build your contacts and make yourself seen. I wouldn’t say that I have mastered it but I definitely learned that through my way. It is a rollercoaster ride, I must say.

As a freelance artist, not all days are the same. You find yourself working for 12 hours a day for two weeks straight with nominal amount of sleep during the good times and then there are days when there’s a dry spell and there is no work for the next two weeks. The versatility of roles that I can play in the industry have kept me busy on most days. I was also working part-time during school and maintaining the balance between academics and work was a challenge. Architecture gave me the practice of working for long days and that proved to be very helpful to tackle such challenges. Along with the mental and emotional energy that one needs for this kind of work, the profession also demands a lot of physical energy.

We’d love to hear more about your work and what you are currently focused on. What else should we know?
Like I said, I am a freelance artist. I am trained to work as a production designer, art director, scenic artist, Illustrator. Throughout my masters though, I also learned to work for stop motion sets, puppetry in different mediums, 3D digital art and drafting. The versatility in my skillset allows me to take up many opportunities and doesn’t limit me to one field alone. I worked on many student and short films during my time here in LA, some of which are working their way through various film festivals. Scenic Art was a skill that came as a plus in the program. I got a chance to assist the scenic art crew at universal studios Hollywood’s Halloween Horror Nights and Disney’s Little Mermaid Live!

Holistically, what sets me apart is I can work and possess the skills of working on a project right from scratch until in final level of completion. From the script breakdown (in case of movies) or client narrative to making pitch decks to rough sketches. From making 2D drawings to 3D renderings. From prop shopping to set dressing. What I learnt in architecture has always been a positive and has enhanced my aesthetic sense. The difference being, what you do in architecture is for the user experience and what you do in production design is what works for the camera! You tweak and cheat and force perspective and create magic on screen and that astonishes me the most.

In the most recent times, I have returned to my old interest of building scaled models/sets for stop motion puppets. During architecture, I used to love making scaled models of my designs and I was thrilled to use that art and knowledge for sets. I got a chance to work on the set for the American girl(Doll) TV commercial and absolutely loved that experience.

What moment in your career do you look back most fondly on?
It’s always the little things that make you proud. It’s the feeling that appreciation of your work gives you. I was working on a Student Thesis film called Esfahan: The Third day as a production designer. The storyline of the film was set in Iran but obviously, we weren’t going to fly the whole crew to Iran. It was a student film which work on nominal budgets and hence the film was to be shot in LA. I tried my best to make a modern LA apartment look like an apartment in Iran. I had to watch a lot of Iranian films to catch the right looks and feel of the apartment. We shopped/rented every little thing from utensils to wallpapers to frames to coasters to make an apartment in LA look like it is actually in Iran.

Little details like the fridge magnets, were also taken care of. We successfully finished shooting the film. Recently, the director of the film texted me to appreciate the production design of the film. She told me that they were working on the final cuts of the film and she had a few of her Iranian colleagues watch the film. She was thrilled to tell me that none of the Iranian folks even doubted for once that the film was shot in LA and not in Iran. She said I had successfully retained the aesthetic of an Iranian apartment in LA. That text was all I needed that time, I guess. I was happy, I was proud, I was content! I realized how important this little appreciation of my work was to me. 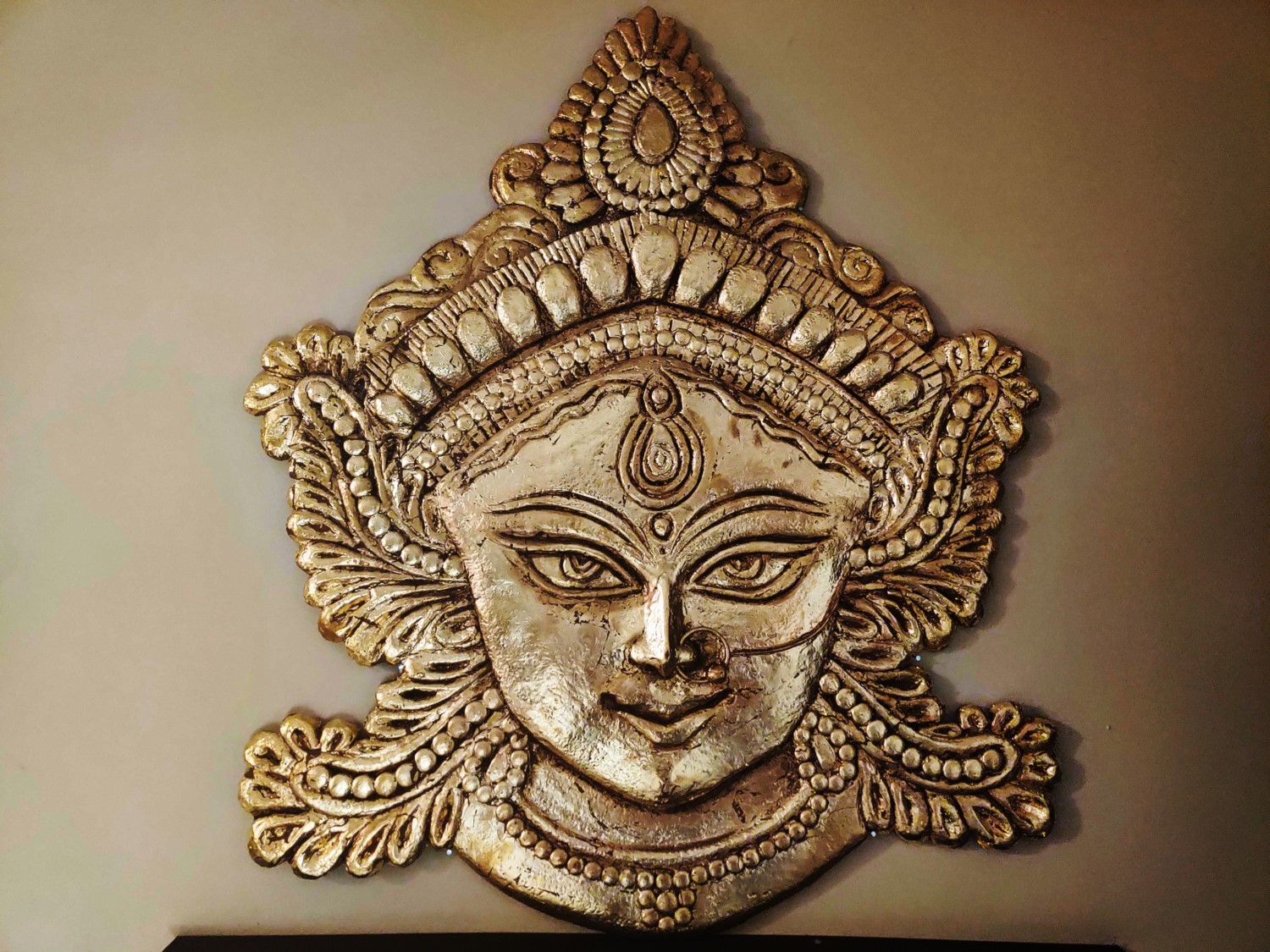 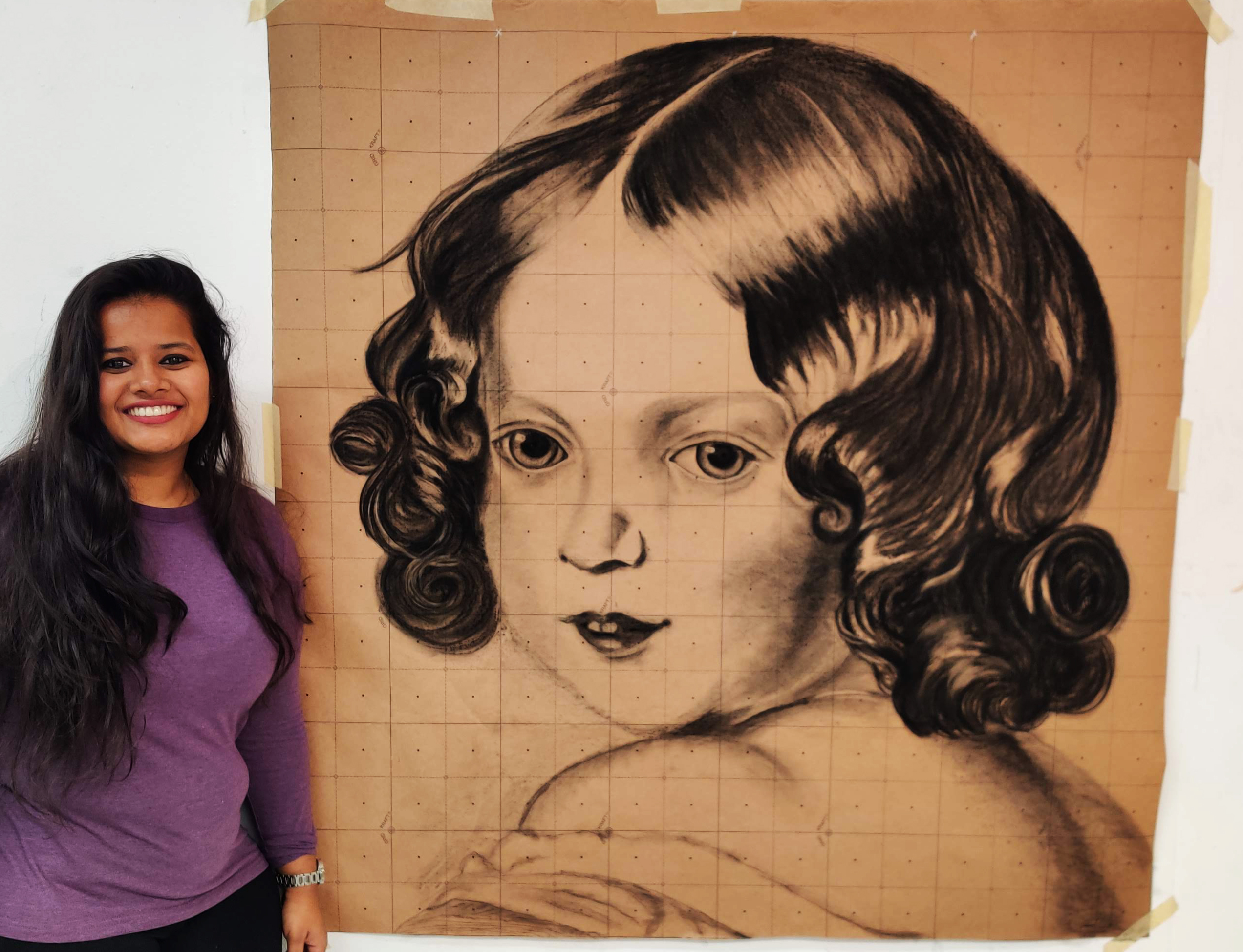 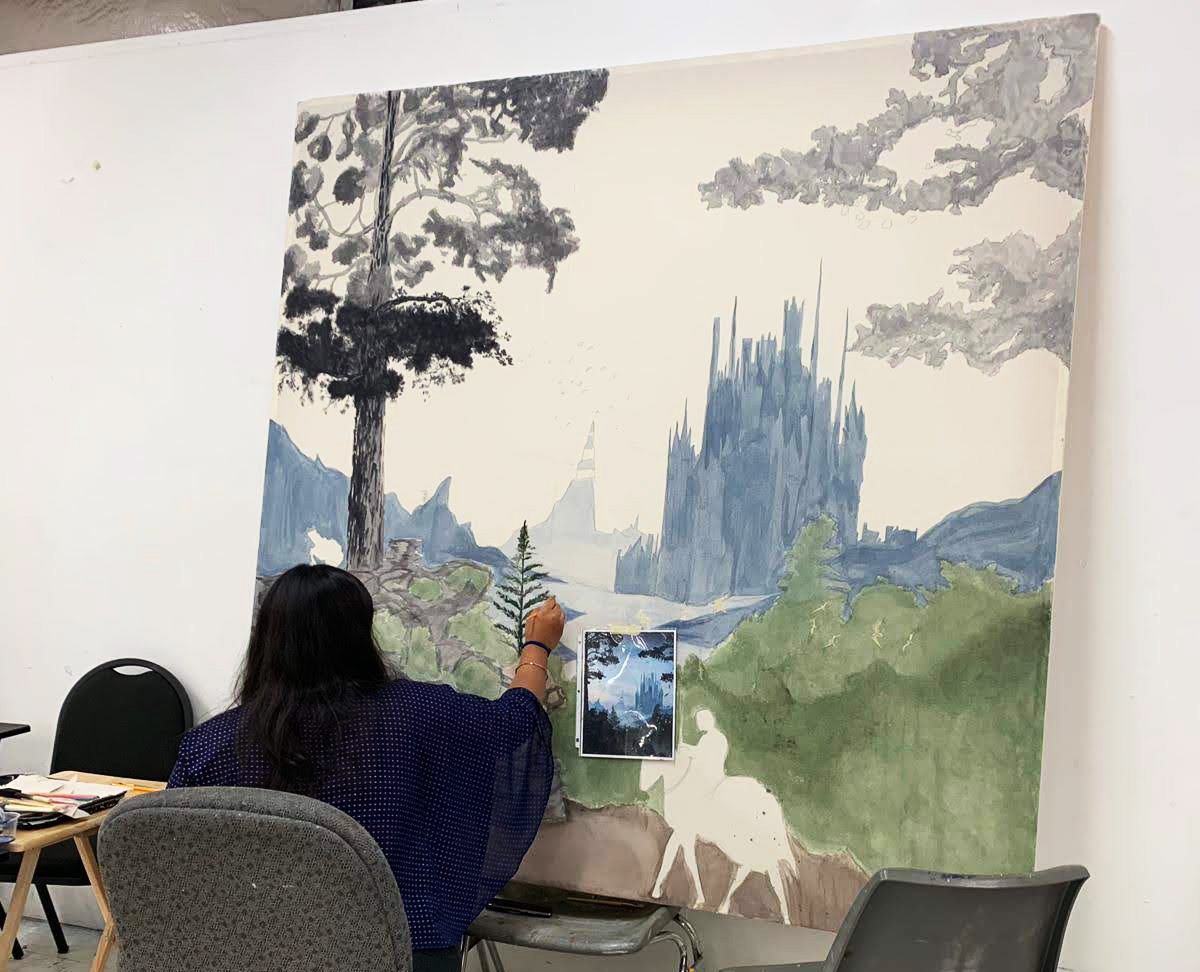 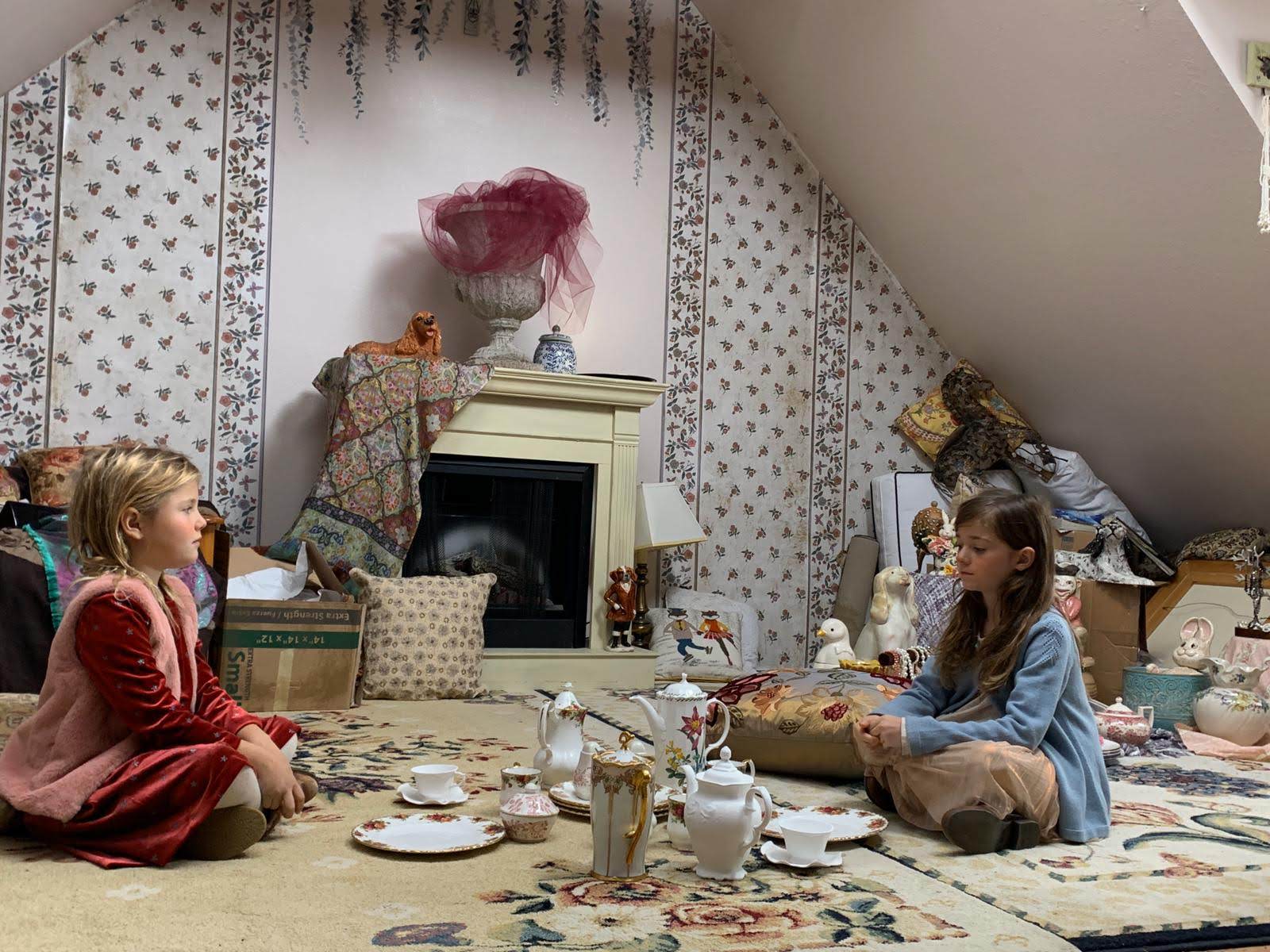 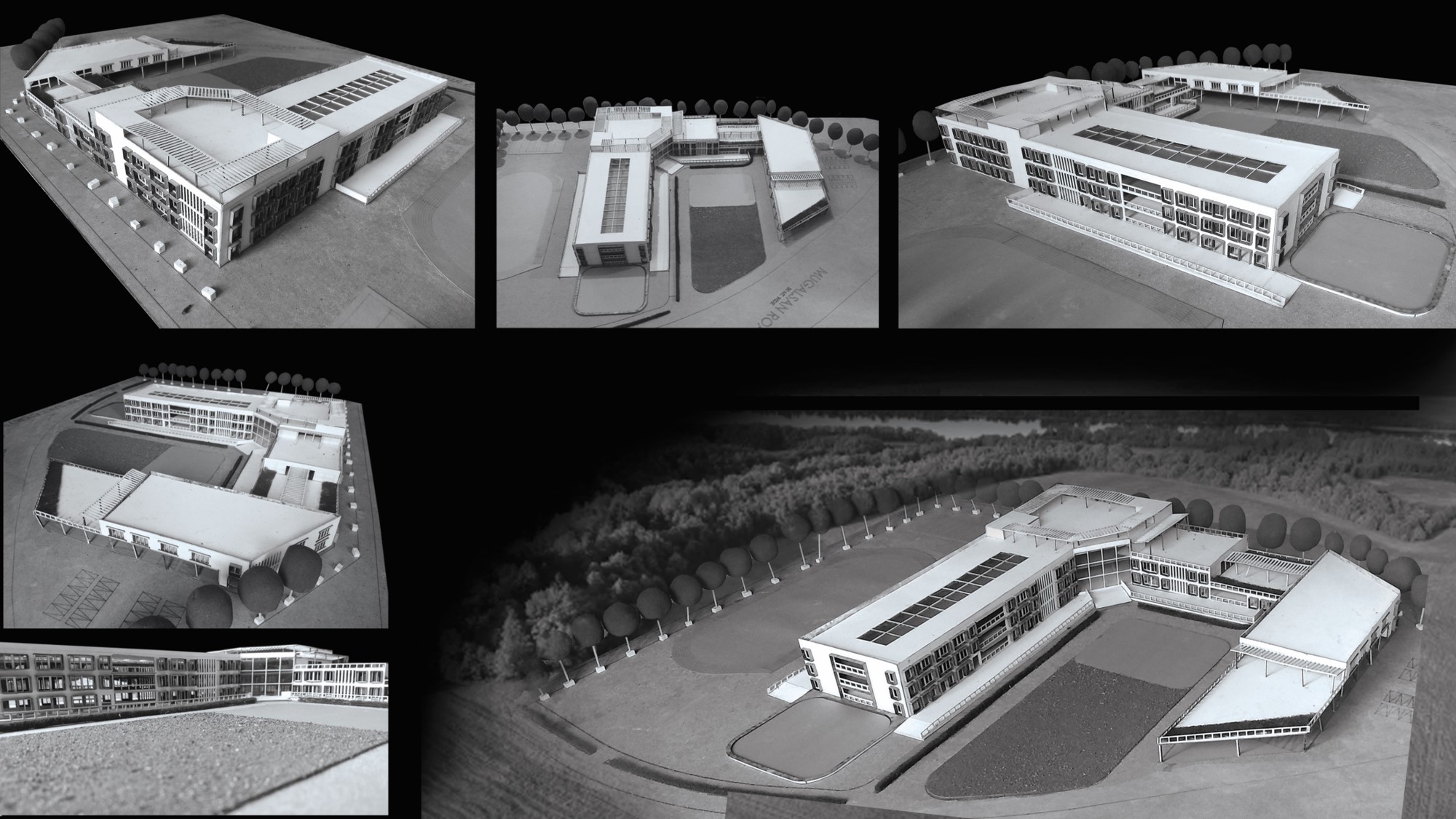 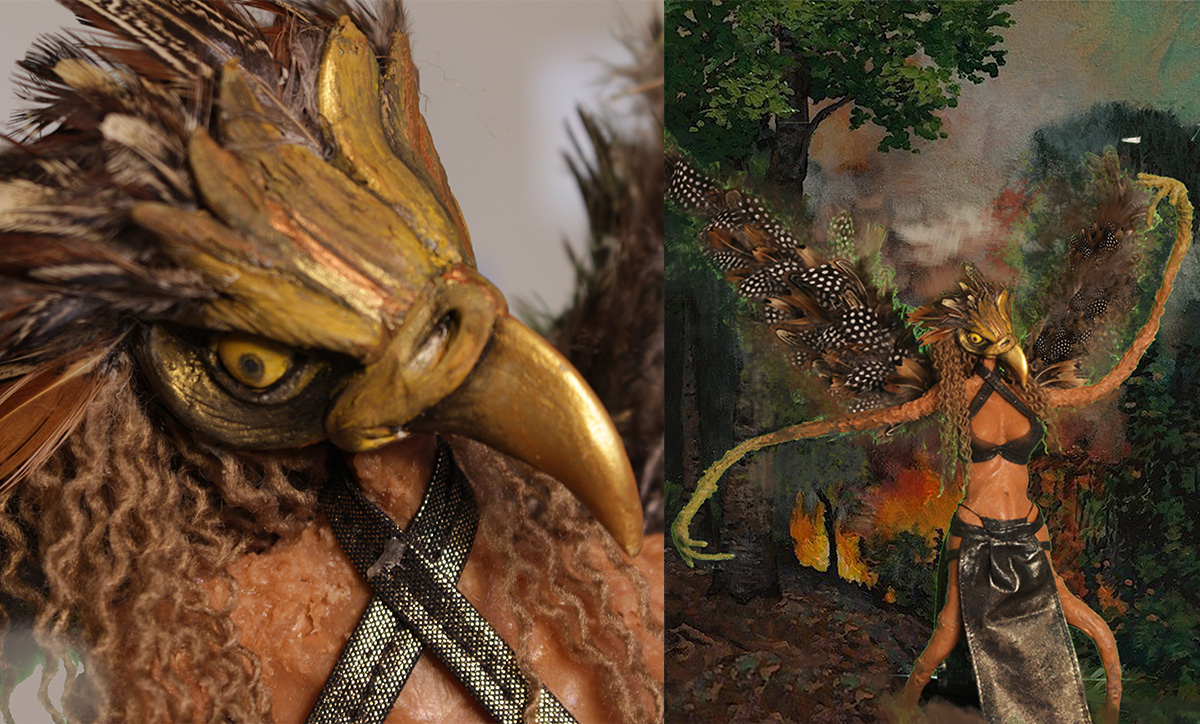 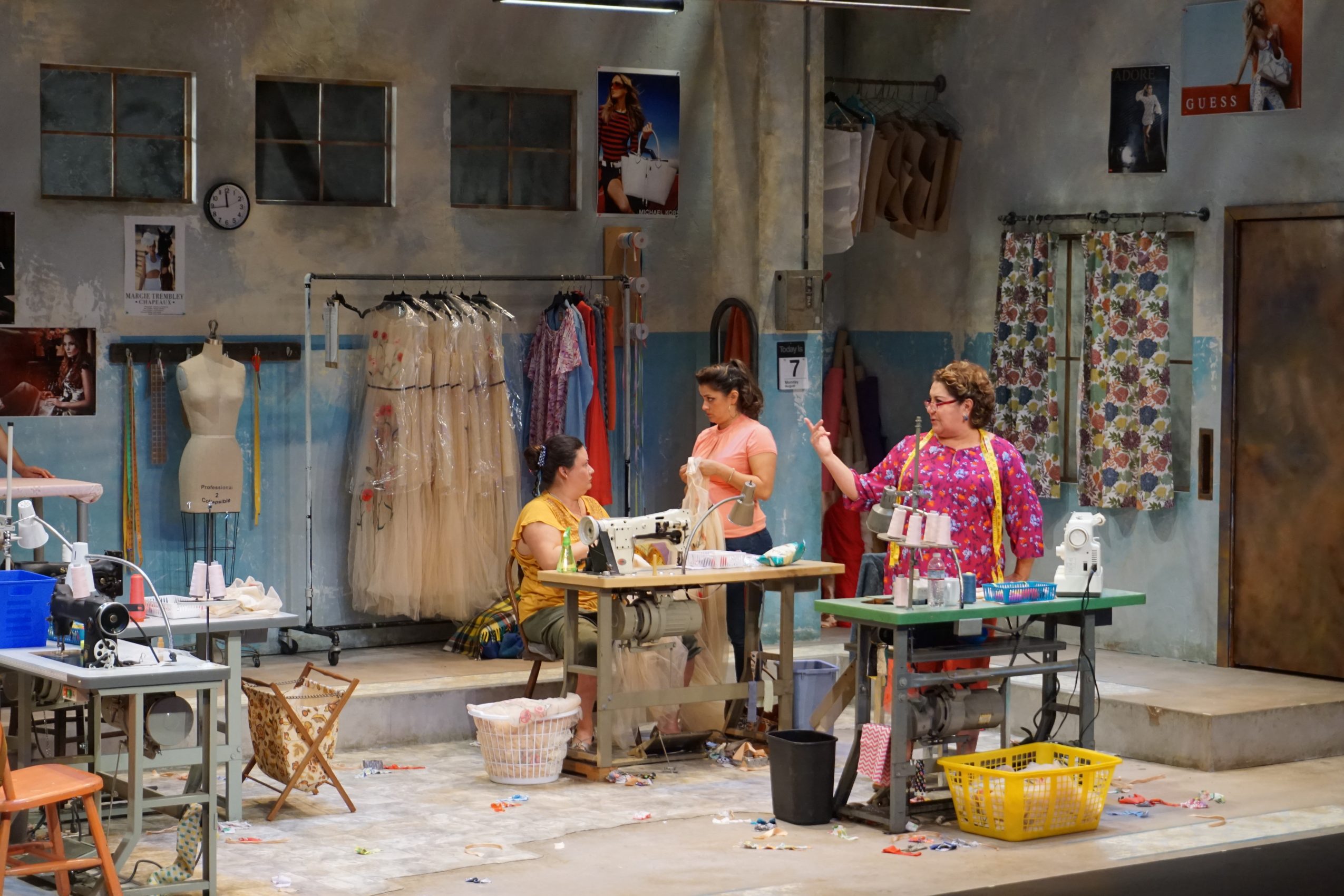 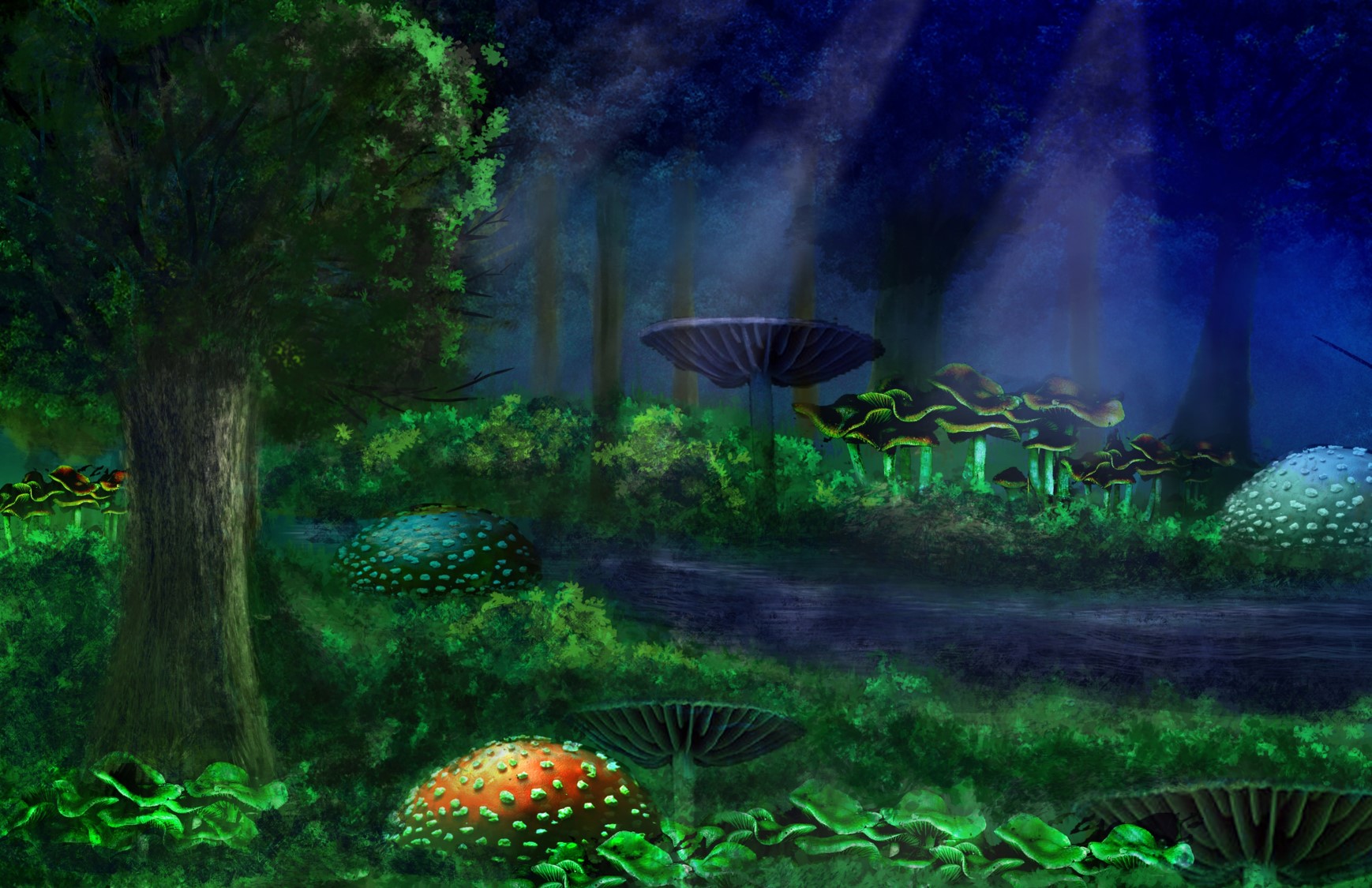