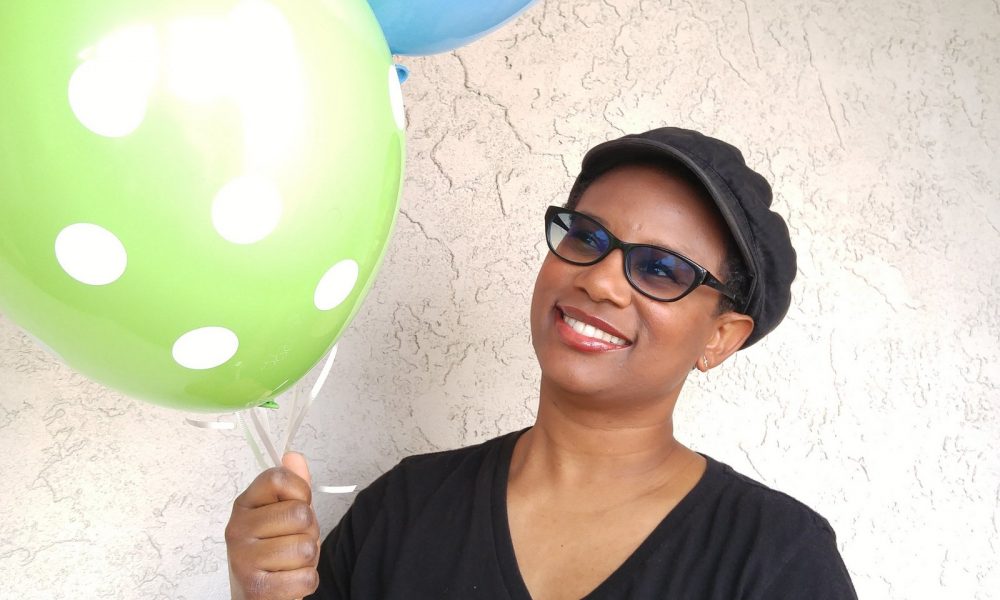 Today we’d like to introduce you to Ja’Net Wyatt.

So, before we jump into specific questions about the business, why don’t you give us some details about you and your story.
I had about 3 or 4 people tell me over the past 15 years that I needed to go into business for myself. I’ve always been a creative person since a child in creating comic scripts at 10, writing poetry & short stories, dancing, acting, and later on working behind the scenes at our local station channel 8 in Pacifica. And as usual, when you are a child, you change your mind dozens of times of what you want to be when you grow up such as one point I wanted to be a singer, an actress, a comic writer, a screenwriter, and last a director. The latter is what I pursued in college at CSUN with a bachelor’s degree in cinema and television arts with an emphasis in directing.

Unfortunately, I did not land any job in any of the fields I mentioned because reality had set in when I graduated. I needed a real job. I got a job as an account executive assistant to long form at PAX TV that is now ION Media Networks. Like any job you get, it is exciting at first and becomes dull the longer you stay. I also still had my evening job at the grocery store. Being in both jobs over a long period of time made me feel purposeless. So these jobs became dead-end jobs. I know I’m a creative person. But didn’t know what job market would accept any creative work other than writing, which I had a semi-skill in.

So one day, my station operations manager and I were talking over the phone about things in our lives and she became the last person to tell me ” you need to go into business for yourself” Why? You’re too intelligent to be working for someone else. (On a side note -my accountant had told me earlier in the year to start a business because I was paying so much money in taxes. He said it may help me offset the tax burden.) That’s when I started to take the plunge. I still did not know what to do, but with the assistance of entrepreneur.com, I found something interesting, yet very different. Balloons!! It was odd because I never thought in a million years that I would be doing this. I took classes for fun and instantly became smitten. The attitudes of balloon industry people were more relax, helpful and desired to see you succeed although you were their competitor. Totally unlike the film industry.

I took the bull by the horns, invested in more classes, conventions, and networking to get where I am. With both jobs, it was challenging to get my business off the ground quicker. It wasn’t until I got laid off in 2012 from the television network that I took off running. Lots of bumps in the road, but persistence became everything. I’m so glad I stuck with it even though I was discouraged many of times

Great, so let’s dig a little deeper into the story – has it been an easy path overall and if not, what were the challenges you’ve had to overcome?
Not at all!! The layoff from ION MEdia Networks forced my into debt settlement, collections, late bill payments, and a lot of times unable to drive my car to work since I lacked gas money. But the good news is that my business the following year jumped 400% in sales – $161 to well over $3000. Not enough to live off of, but motivation to keep trying.

The other problems were wasteful spending on my business from ordering too much inventory and not moving it fast enough, underpricing my work, dealing with customers canceling my services after I bought their materials and before they paid me, lacking paper trails, and even not getting back to customers in a timely manner since I would get a call while I was at work.

All these are learning curves.

Alright – so let’s talk business. Tell us about PoP! Balloons – what should we know?
I specialize in classic balloon decors like columns, arches, and helium balloon centerpieces; and fancier modern decor such as balloon walls, sculptures, twisted balloon art, and custom-designed deliverable bouquets.

But what has made me stand out from my competitors are my custom balloon bouquets. I create a twisted balloon base out of a character (mickey mouse), theme (baby shower), or a person’s interest (golf, shopping, cooking, lifestyle) and attach both helium latex and foil balloons to it. These bouquets stand about 3ft to 6ft. So they can be very large.

This has been my mark on PoP! Balloons. My motto always are the three S’s – surprises, smiles, and satisfaction.

Is there a characteristic or quality that you feel is essential to success?
My customer service is very important. You can never please everyone, but I try really hard to dazzle every customer regardless of their budget. Simple bunches of helium balloons strategically placed around the room can brighten any party as much as creating a complex balloon wall backdrop with one’s birthday or company’s logo theme pattern.

Balloon placement is more important than ordering a bunch of balloon decor. Two or three decorations can make a difference than overcrowding your venue with 20.