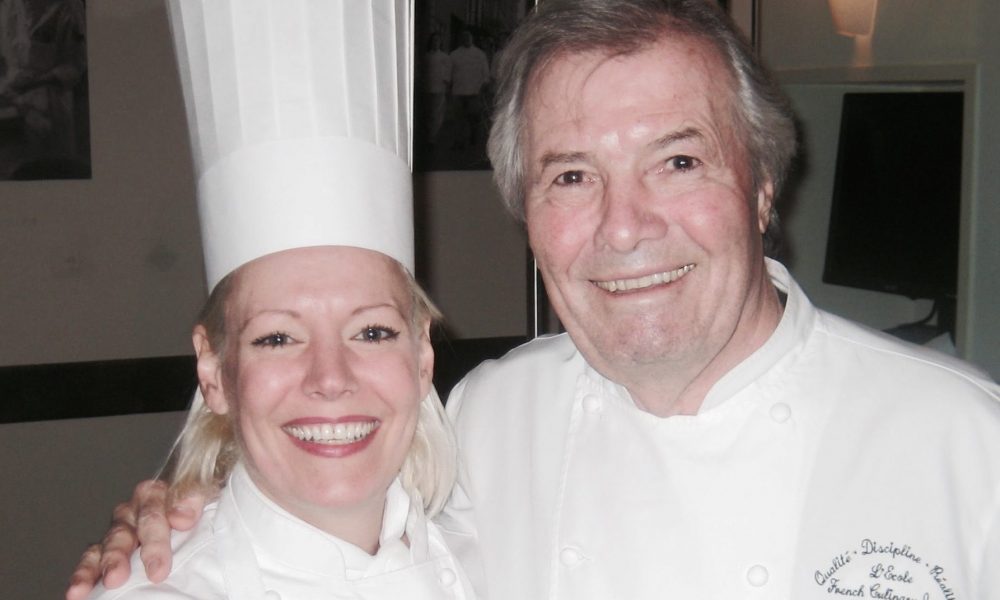 Today we’d like to introduce you to Janet Crandall.

So, before we jump into specific questions about the business, why don’t you give us some details about you and your story.
I was born in Minnesota where my parents owned and operated a restaurant for almost 40 years. After graduating from high school, I worked in a variety of kitchens and managed a few.

I went to beauty school around 1987 and became a makeup artist which was the reason I moved to New York City in 1989. I worked in the beauty and fashion industry for many years but felt something was missing. I left the beauty industry and decided to attend culinary school at The French Culinary Institute.

While I was a student, I was introduced to the world of butchery. I took every opportunity to explore and educate myself in this field. I joined the team as a Chef Instructor at The French Culinary Institute in 2003. While at the FCI I worked alongside Master Chefs Jacques Pepin, Andre Soltner, Alain Sailhac, Cesare Casella, and Jacques Torres.

I met the famed Pat LaFrieda Jr. during my time at the FCI and went to the plant to observe and subsequently invited to become a staff butcher, some months later. In 2011, I left the FCI and Pat LaFrieda Wholesale Meats and became the Executive Chef and Head Butcher at Wyebrook Farm in Honey Brook PA.

I spent about a year and a half at Wyebrook Farm, and once they were up and running, I returned to NYC, The French Culinary Institute and worked on a cookbook with Pat LaFrieda called “MEAT.” In 2015, love brought me to Los Angeles. My partner is James Wormworth, the drummer with the band on the Conan O’Brien Show, who I now live with. I started my business Chef Janet Crandall.

I am a private chef, teach culinary, butchery and do restaurant consulting. I recently was teaching at LA Kitchen. I taught people who were currently or formerly incarcerated, aged out of the foster system or formerly homeless. After completing the course we could place them in restaurants, and in most cases, they were hired on.

LA Kitchen also made over 3000 healthy meals for low income elderly, skid row and after-school programs with food that was donated and would have ended up in a landfill. LA Kitchen was a place I felt very passionate about. I loved working with students and felt like I was helping to make a difference in peoples lives.

Unfortunately, LA Kitchen had to close their doors due to lack of funding. I am continuing to move forward with my business and teach at nonprofits whenever possible.

Has it been a smooth road?
Not always. The field I chose is somewhat male-dominated. I feel, as a woman, you have to work a little harder to prove yourself. I’m very comfortable in my own skin at this point in my life. I know what I’m doing and feel that I’m great at it. I’m not intimidated in any aspect of my career. I try to instill this confidence in all my students, especially the females.

We’d love to hear more about what you do.
I teach private culinary instruction with far-ranging subjects from basic and advanced knife skills to classes on whole animal butchery. I cater to intimate haute cuisine dinner parties. I consult with restaurant owners, management and staff and teach them strategies to run more efficiently, and reduce food and other waste. I also do a large amount of non-profit work.

I pride myself on making everything from scratch. I hand make everything including my critically acclaimed varieties of sausages and ice creams (try my ginger and black peppercorn with duck crackling ice cream). I work with only the finest ingredients, sourcing responsibly raised animals and locally, smaller farm grown produce.

I am a strong advocate for stopping food waste. I work alongside organizations such as The Burbank Recycling Center, presenting films and discussions throughout Southern California communities, to create a greater awareness of how much we waste and ways to alleviate this problem.

Let’s touch on your thoughts about our city – what do you like the most and least?
I love how Angelenos advocate for good responsible food policies for all. We have some really great organizations for helping people in need. I love the diversity of cultures and their cuisines, of course.

The rise of homelessness makes me sad, but I have faith that we are addressing this issue. 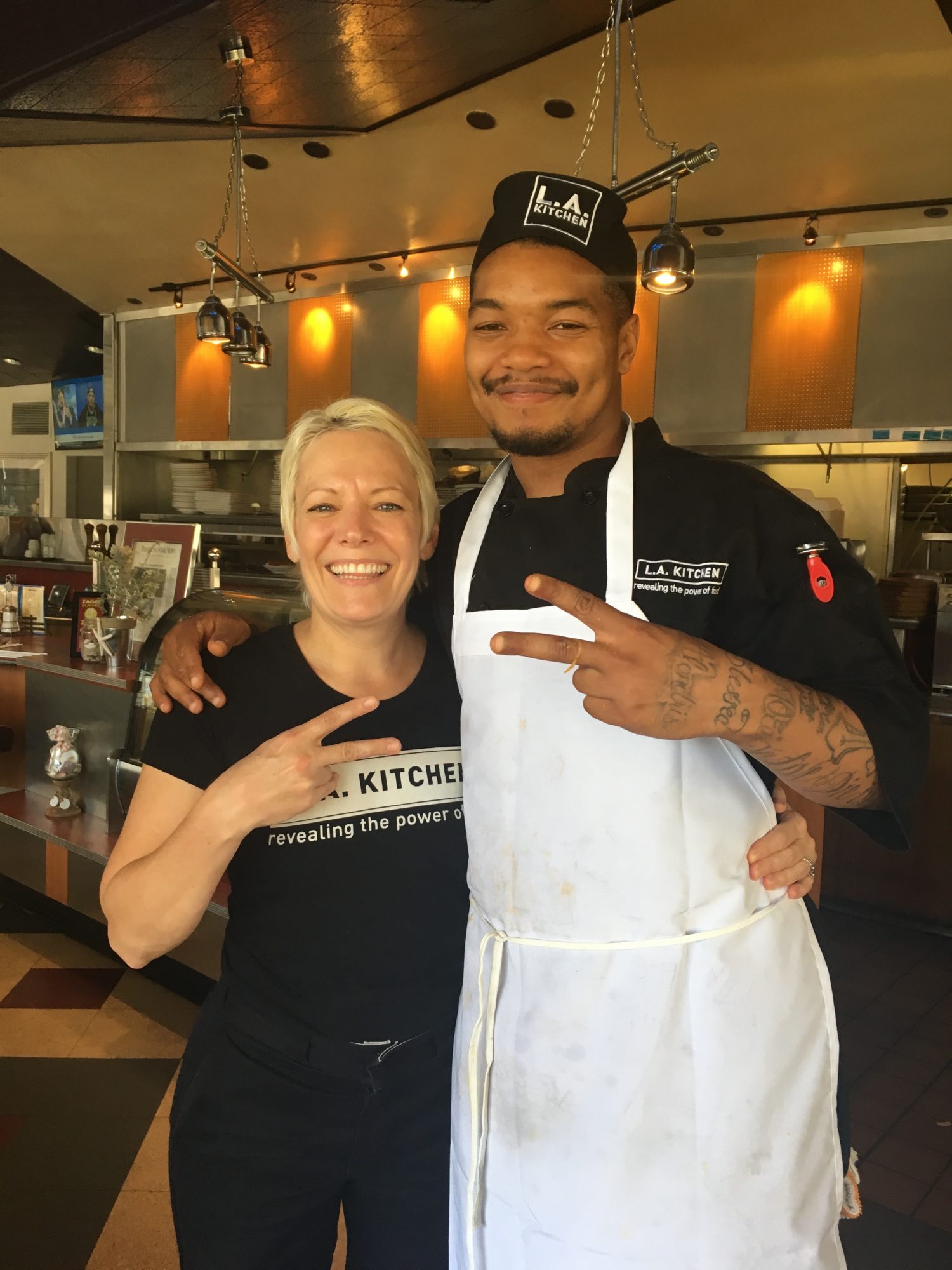 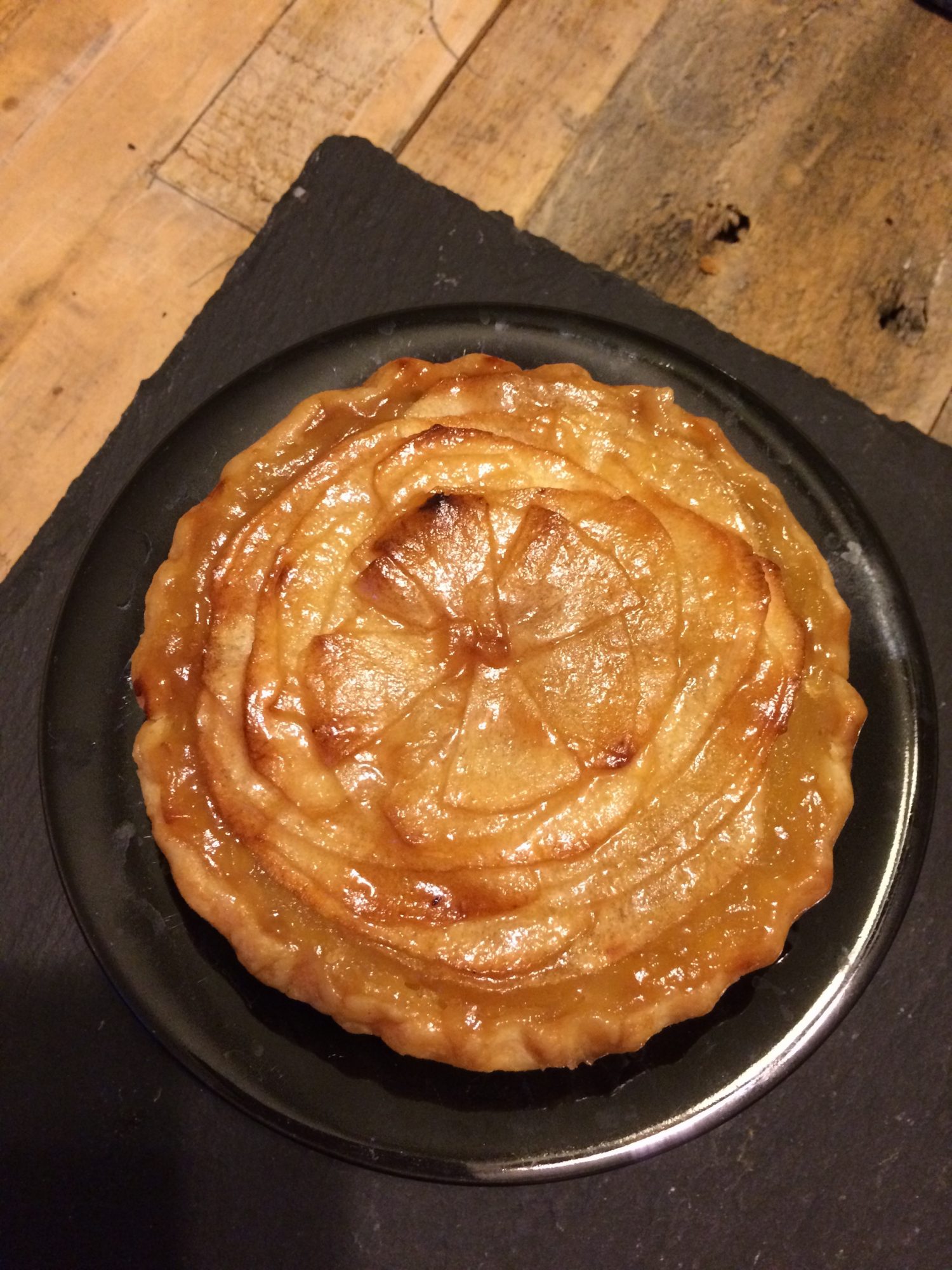 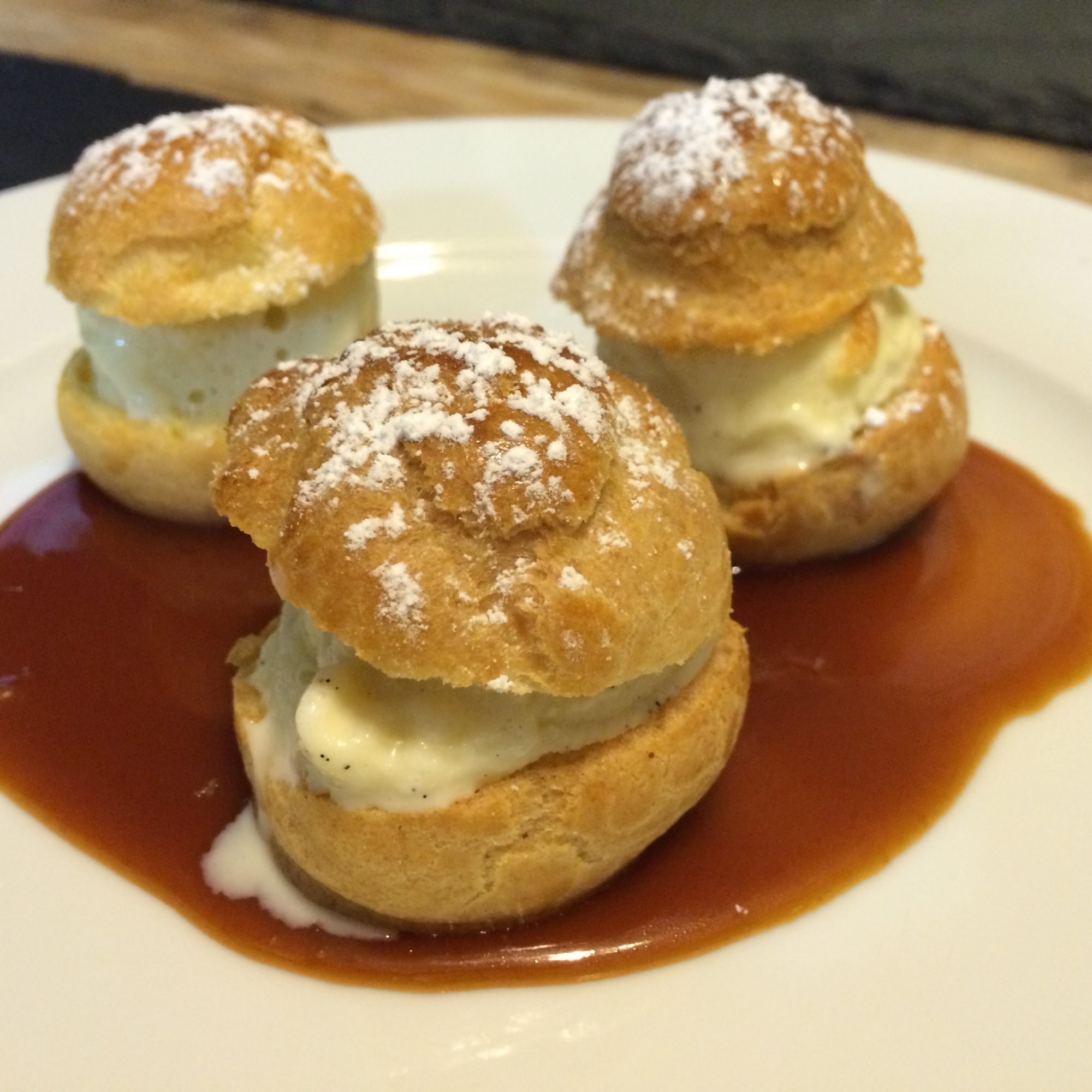 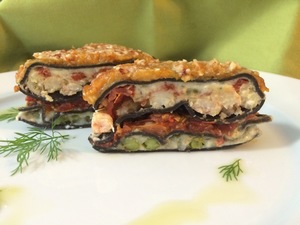 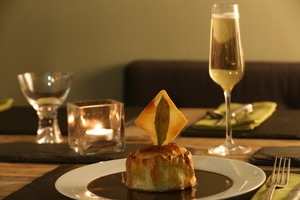 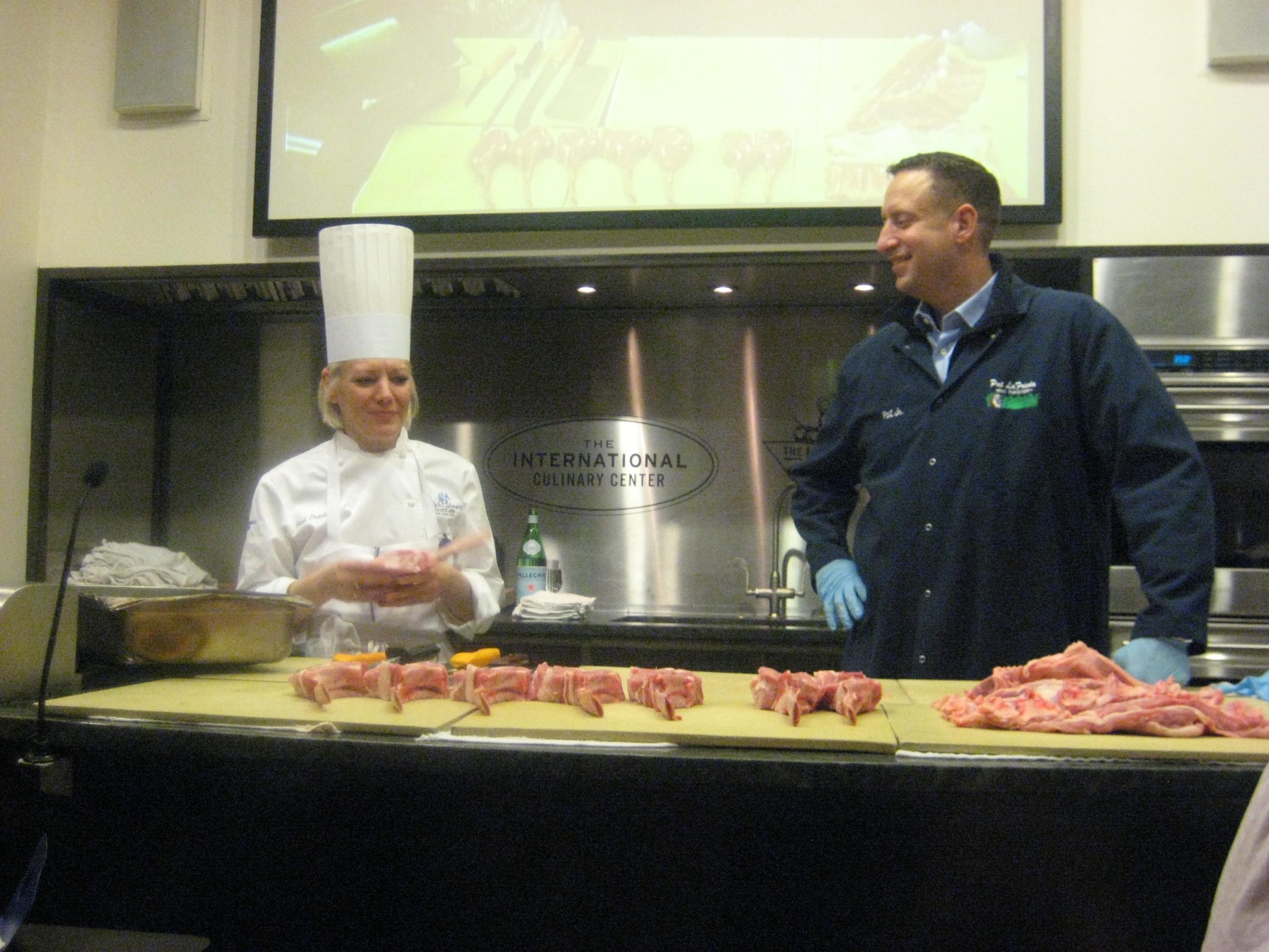 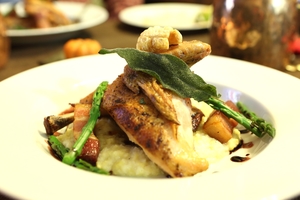 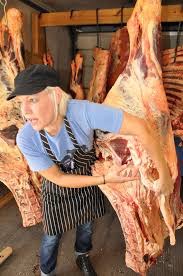