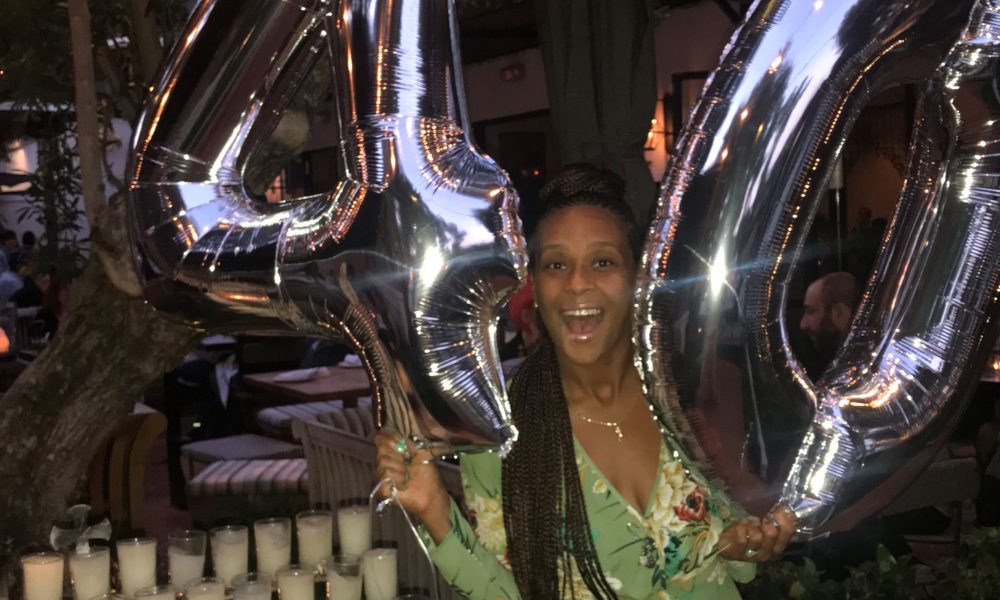 Today we’d like to introduce you to Ja’Naye Granberry.

So, before we jump into specific questions about the business, why don’t you give us some details about you and your story.
In 2015, I went on a Mental Health transition. I was unhappy at work and there were things I still had not dealt with after being shot in 2001 and leaving an abusive relationship in 2008, all while raising two kids; one of which father was murdered in the ambush when I was shot in 2001. As my mental health got better, I started focusing more on my eating and fitness lifestyle and in 2017 I did the JJ Smith Green Smoothie cleanse. After ten days of smoothies, I felt better, I slept better, and I had regulated my hypertension by regulating my eating. I decided at that point to transition to a vegan lifestyle.

Since I was watching what I put in my body, it made me watch what I put on my body and I started looking for cruelty-free, vegan and natural products. There were a lot of reports and articles that were linking toxins to cancer, and other diseases, that I wanted to minimize my risk of acquiring a terminally ill disease (both my grandparents died from cancer) and maximize my years on the planet. I went to the Obama Naming Ceremony and one of the vendors there had vegan products and gave out samples of how to make a natural deodorant. Later that week I decided to try it. I added my twist to it, and it came out pretty good.

At that point I wanted to see what else I could make so I google the ingredients for a vegan lip balm. I made several and passed them out to my family and friends so they could have a lip balm they knew didn’t have toxins or chemicals and they were in plastic that was BPA free. I got a response that was so overwhelming I couldn’t pass on the opportunity and it was fun! I had to work on the website and branding all while selling them with labels that I just printed off the internet. That is how Smack Body was born. There is nothing intricate about the name Smack Body. Usually when people smack, something is good or hot and here we are.

You’ve been through some pretty difficult times, but you’ve persevered and succeeded nonetheless.  Looking back, do you feel it’s been relatively smooth? If not, what were some of the most difficult struggles along the way?
In business? I started this venture in a better headspace and while my kids were 17 and 21 so they didn’t need as much as my attention and were helpful in starting the process. Going into something unfamiliar was scary, I was also looking for a new position within my company and finishing my Associates Degree. Trying to figure out the ropes of marketing and branding was hard and expensive. Making sure I got the recipe right because I could not afford to work with a chemist was tough. Explaining to my customers that were referred to me why the labels were handwritten and why there is no website yet, proved to be exhausting but I didn’t want to rush the process. I just had to stay focused, making sure I didn’t get discouraged and quit.

Alright – so let’s talk business. Tell us about Smack Body – what should we know?
I have three different lip balms, a specialty CBD infused balm and tattoo after care balm. I make and pour all of these by hand as they are ordered. None of the ingredients have chemicals or toxins. I use a Candelilla Wax instead of Beeswax because it doesn’t have honey in it, and I have one of the safest plastic tubes available that are BPA free and there is a deodorant I will be introducing next year. What I am most proud of as a company is that I can satisfy the people in my surrounding area and they love the product. I’m proud that my company is cruelty-free and vegan and without toxins and it doesn’t contribute to the cruelty of animals and people can use it without having to look up the ingredients. I believe what sets me apart from others is that this just isn’t a product, this is a lifestyle. It is very true that health is wealth and I wanted to create something that spoke to that.

Any shoutouts? Who else deserves credit in this story – who has played a meaningful role?
If I could give anyone else credit in this it would be my therapist. She helped me transition to a place that allowed me peace. My mentors Nikki Baker and Deborah Banks for telling me what I needed and helping me work through that as it relates to my expectations of people you work with and for. My friends for remaining supportive and encouraging and my kids Payge and Nateau for being truthful; telling me if my lip balms were too hard or too soft and being my in-house testers over and over again and lastly my family for boosting my confidence so high, telling their friends and co-workers, and giving me a cliental that it was either I leap and start the business or miss out on an opportunity to create a product that wasn’t harmful and make money at the same time. 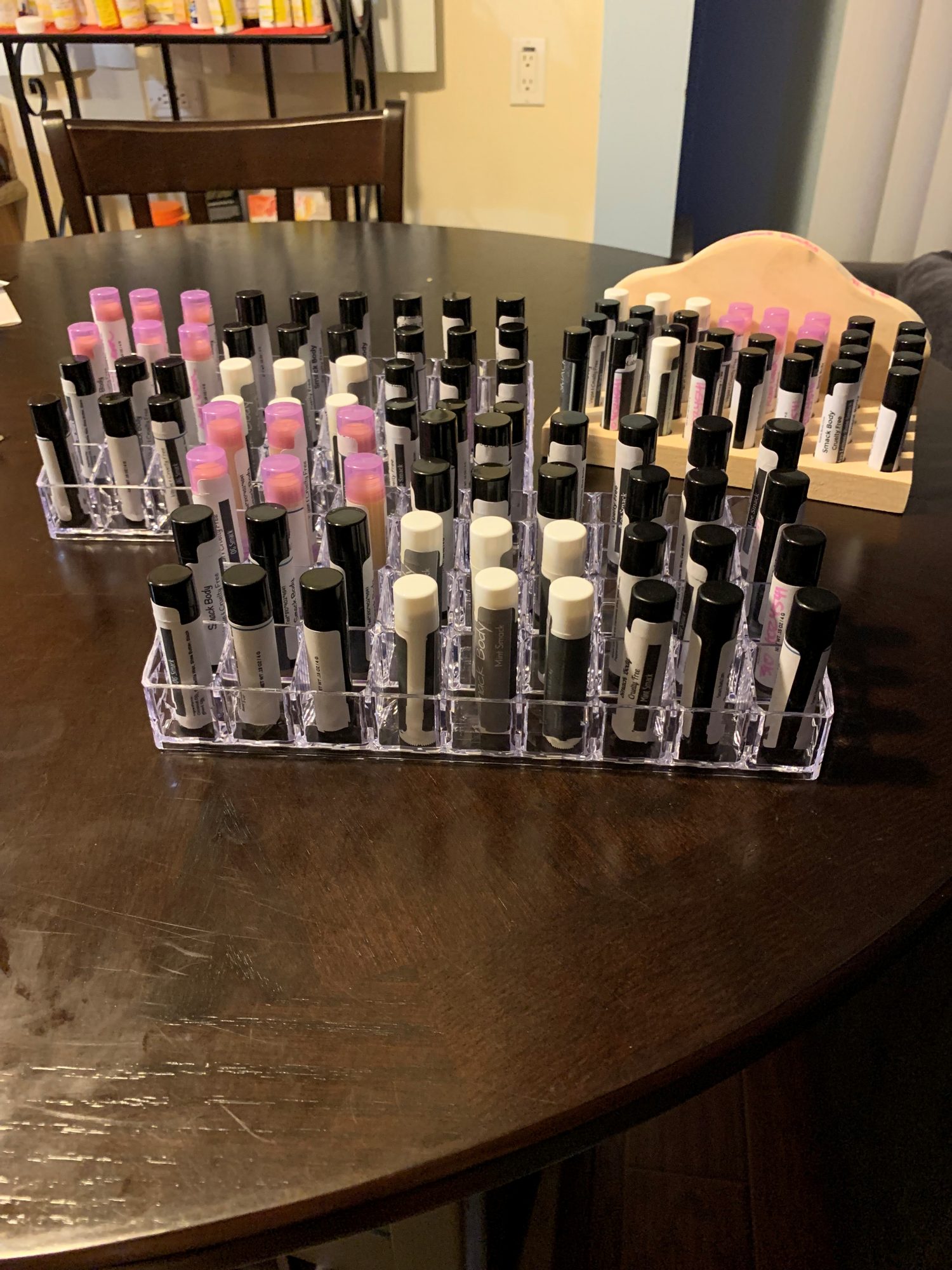 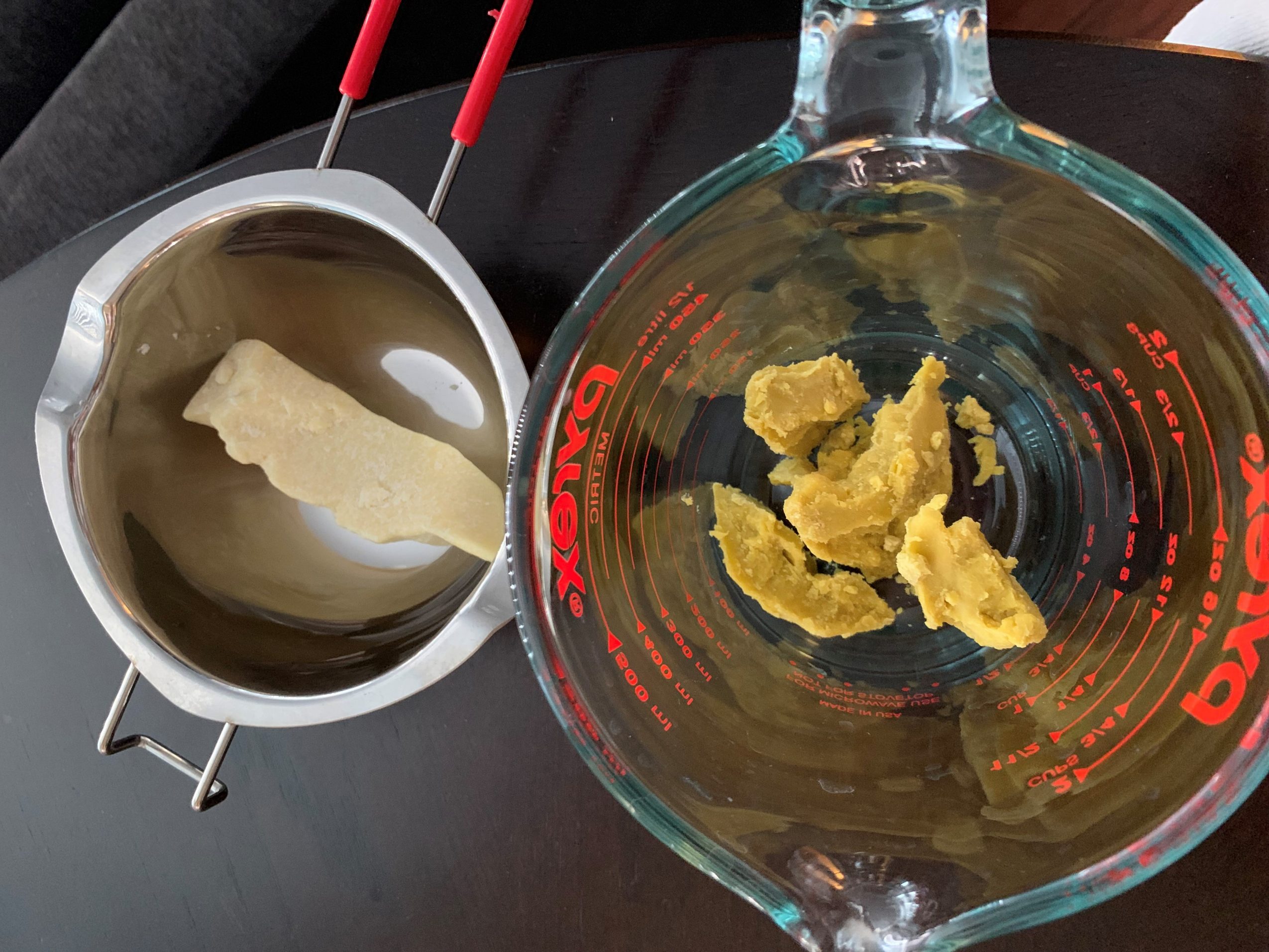 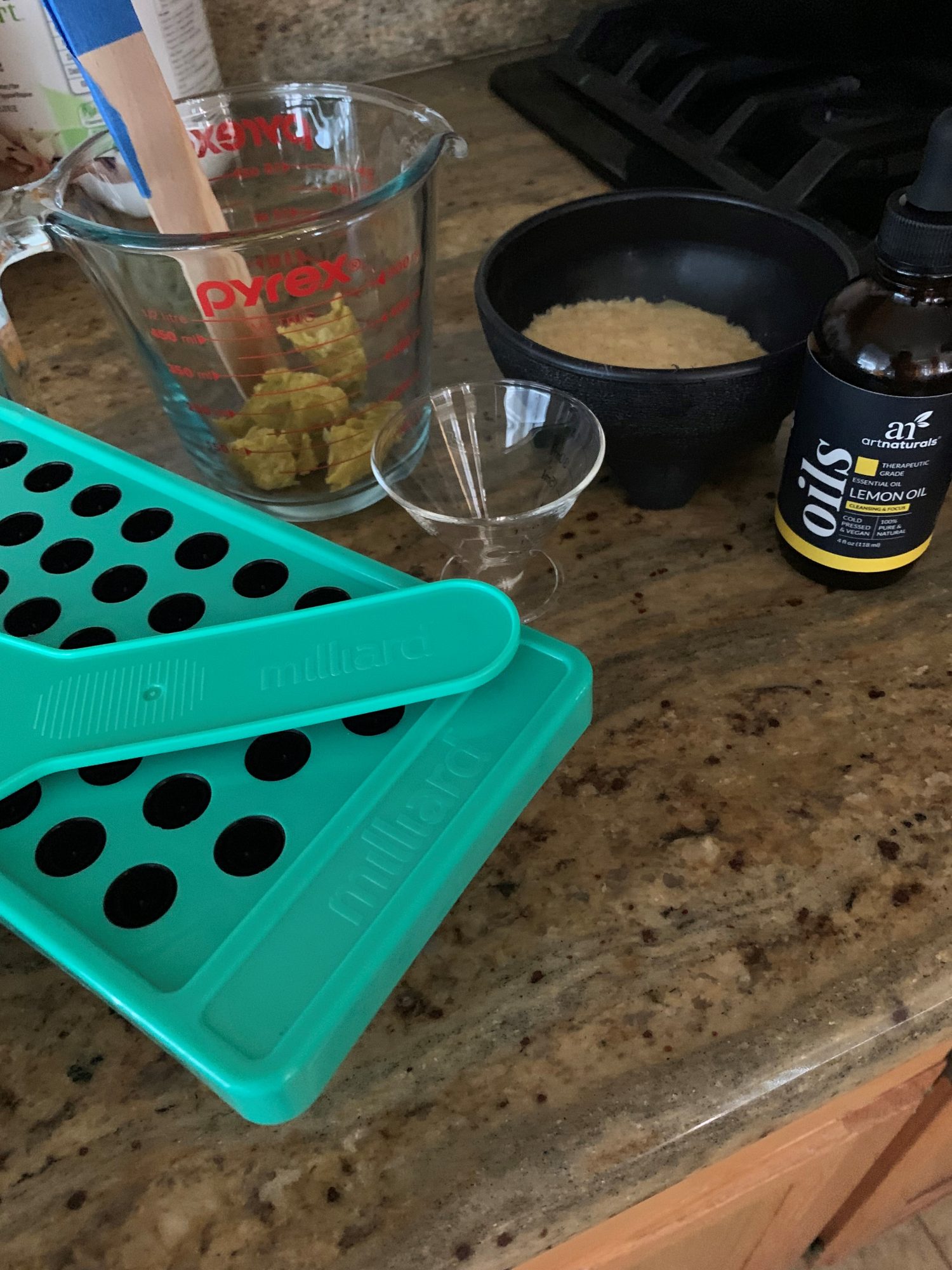 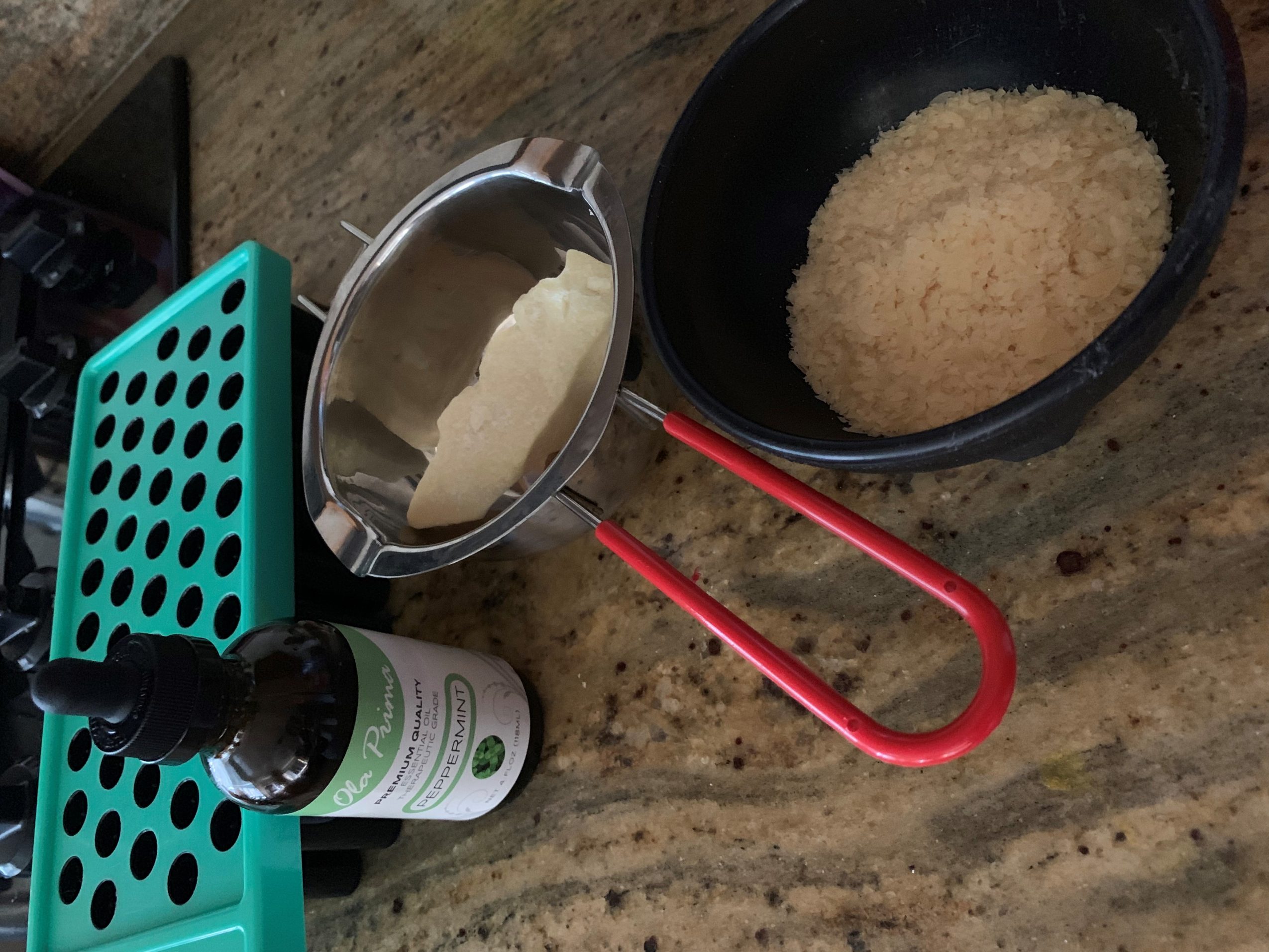