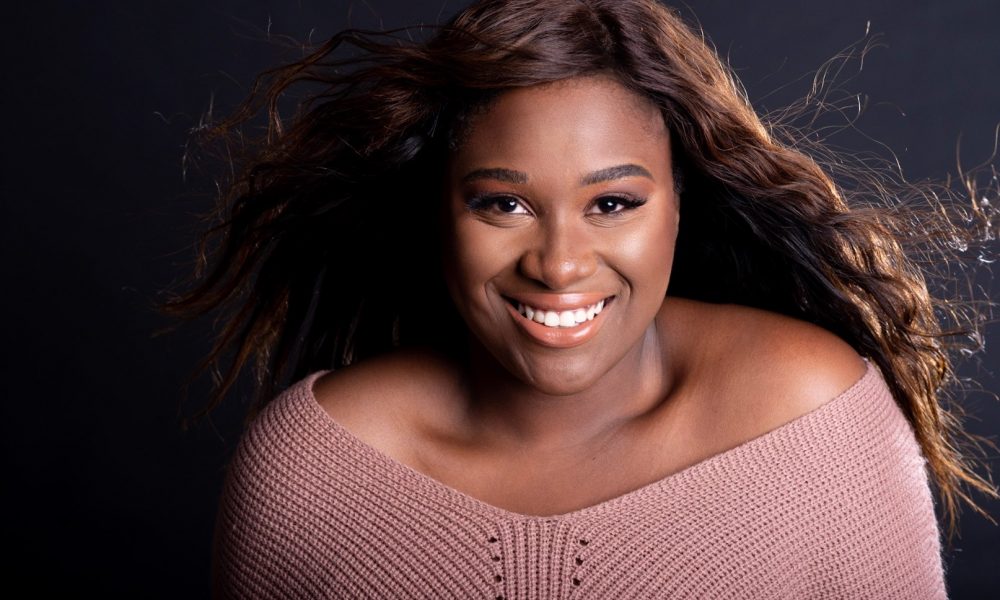 Today we’d like to introduce you to Jamila Allen.

Jamila, let’s start with your story. We’d love to hear how you got started and how the journey has been so far.
I grew up doing pageants, and at one of the pageants there was a talent agent. They asked if anyone would be interested in reading a commercial out loud, and I volunteered. Not really knowing that this would have been the catapult for my entry into the world of acting. After I read for the commercial, they really liked me and ended up approaching my mom about this acting camp in Florida that was for actors and models. I went to the camp, where an agency in Columbus, Ohio decided they were interested in me. I decided to sign with them when I got back to Ohio. From there they had an acting workshop with a manager from LA and he was going to be signing four-five people. It was such a cinematic moment, he had the headshots taped backwards to a board, and flipped them over to reveal the person one by one. I happened to be one of the five. That is how I began to pursue an acting career.

I knew it was not going to be easy, but when I set my mind to something I care about, there’s no stopping me. I knew I wanted to make a difference in the world. I moved out to LA, where I threw my heart and soul into acting, consistently pushing myself. It wasn’t until I was on set, and being around the wardrobes and going to events that I soon found myself drawn to these patterns and colors, and the different ways you can style an outfit. My love for fashion was born and developed through acting. As an actor, you face many struggles, but I knew never to give up no matter how hard things got. Even though acting is my career goal, it’s not the only thing I’m passionate about. After working for many years in retail, I realized that I was actually really good at styling and making people feel good about themselves. This allowed me to set forth on a new path. Well, not just a new path, because acting is something I love, but more like an extension to the path I am presently on. Something I’m extremely proud of is the decision to offer a service that is full-time and allows me the flexibility to pursue acting as well. That’s when I started StylingbyJamila– I created this business to not only help women feel empowered through their wardrobe but also to provide some guidance, as it’s not always easy to know what looks best on yourself.

We’re always bombarded by how great it is to pursue your passion, etc – but we’ve spoken with enough people to know that it’s not always easy. Overall, would you say things have been easy for you?
I think with anything in life, there’s never just a smooth road. And honestly, I feel that when something is too easy, it’s like, where’s the catch? Since almost nothing in life comes easily, no matter what career path you take, you have to be 100% all in. You are going to work hard and you’re going to fall sometimes. There were a lot of times when it felt like it was smooth sailing, and then there were times when it felt like I was drowning. That’s life, but you always have to believe in yourself. If you continue to push yourself, you’re going to get there. The truth is that acting isn’t the easiest career path to begin with. For starters, there is a lot of self-doubt that can creep into anyone’s mind. As humans, when we believe we can do something it’s because we know in our heart that we can. However, there’s always that little voice of self-doubt– and it’s in a constant battle with your mind. One minute you think that you can’t do something, and suddenly you are bringing that energy everywhere you go. With acting, if I’m at an audition and that self-doubt starts to creep in, well, everyone else in the room is going to pick up on it. So not only are you auditioning in front of strangers, but now you are bringing all your insecurity and fears with you. I think that the biggest struggle has been with self-doubt.

Especially living in LA, being an actor is a huge goal! Sometimes it feels like everyone is an actor. When statistics come into play, it’s just an unrealistic career to chase after. But then you look at those who are doing it, and you think, okay if they are doing it, then why can’t I? And so, when you think that way, it’s like, well let me be that one that goes for it and it works out. I think ultimately, in any career path we take, it’s about taking that leap of faith and trusting that you don’t know the why, the how, the when– but you just have to trust that that’s what you’re meant to do. You have to trust that it is your purpose, your calling and that there is beauty in just going after what you love, especially when there are so many people in this world that give up on things when it’s hard. Ultimately, there’s a beauty within the struggle and I feel that so many people who have a goal that they are chasing can relate to what I’m saying.

We’d love to hear more about your work.
Acting has been my main focus for so many years, however my love for fashion was inspired as a result of acting. I remember being on set and being fascinated by all the wardrobe for different characters. In addition, I also attended various events and had to decide what I was going to wear. I found so much joy in choosing the outfits. It wasn’t long before I decided to take a leap of faith and pursue my own business. I am incredibly proud of what is known today as “Styling by Jamila”. As an actress, I already know that competition is part of the business. Even though the fashion industry is just cut-throat industry as acting, it’s something I realized I’m really good at. I want women to feel their best no matter what they have on. I want to help them realize their full potential. By starting my own styling business, I am able to continue to dive deeper into what I love, fashion. Experiences help you grow and push you to chase after the things you want in life. Acting introduced me to fashion and now fashion has allowed me to grow in ways I didn’t know were possible until now. My ultimate goal is to make every woman walk away from a session with me just beaming and feeling so good about who she is. Regardless of your size, I want every woman to know and feel beautiful inside and out. If you think about it, clothes are our suit of armor that we wear out into the world. It’s how we present ourselves and ultimately, we want to do that in the best light. If wearing something that makes a statement makes you feel good, then I want to help people feel good ALL THE TIME!

What were you like growing up?
My personality growing up can be defined as outgoing. I was never a shy child. I spent the first ten months of my childhood in a dental office, and so I was always around people and just grew accustomed to not being afraid to go up to new people. I gravitated towards the camera, always wanting to take pictures and play dress up. I grew up going to pageants and dancing, I definitely have always had a competitive spirit, whether it was in school, athletics as well as pageants. I’m a very affectionate person, I absolutely love hugs, and according to my mom was a very happy baby.

Of course, I had a bit of a rebellious streak. No matter what I would always root for the underdog. I’m an extremely loyal, supportive, and caring friend, I’m not afraid to show how much I care about people. Growing up, I enjoyed books– math was one of my favorite subjects.

I also have a very creative side, from elementary all through High School, all of my projects were never ordinary. Each assignment had an element of fashion to it. I take pride in doing well at whatever I put my mind to. I also thrived when assigned any kind of project. For example, in fifth grade we were supposed to write a two page report on an explorer of our choice. I took it upon myself to turn in a 50 page report, and proceed to make the pages look old by burning the edges and spilling coffee on it.

I have always gravitated loved animals, especially dogs. By the age of six, I could identify most dog breeds. I am a very determined person; I believe in finishing what I started. You could say I’ve been a little extra since birth. If I had to describe my personality, some traits would be loyal, kind, determined, persistent, cooperative, loving, generous, outgoing, fair, and an optimist. 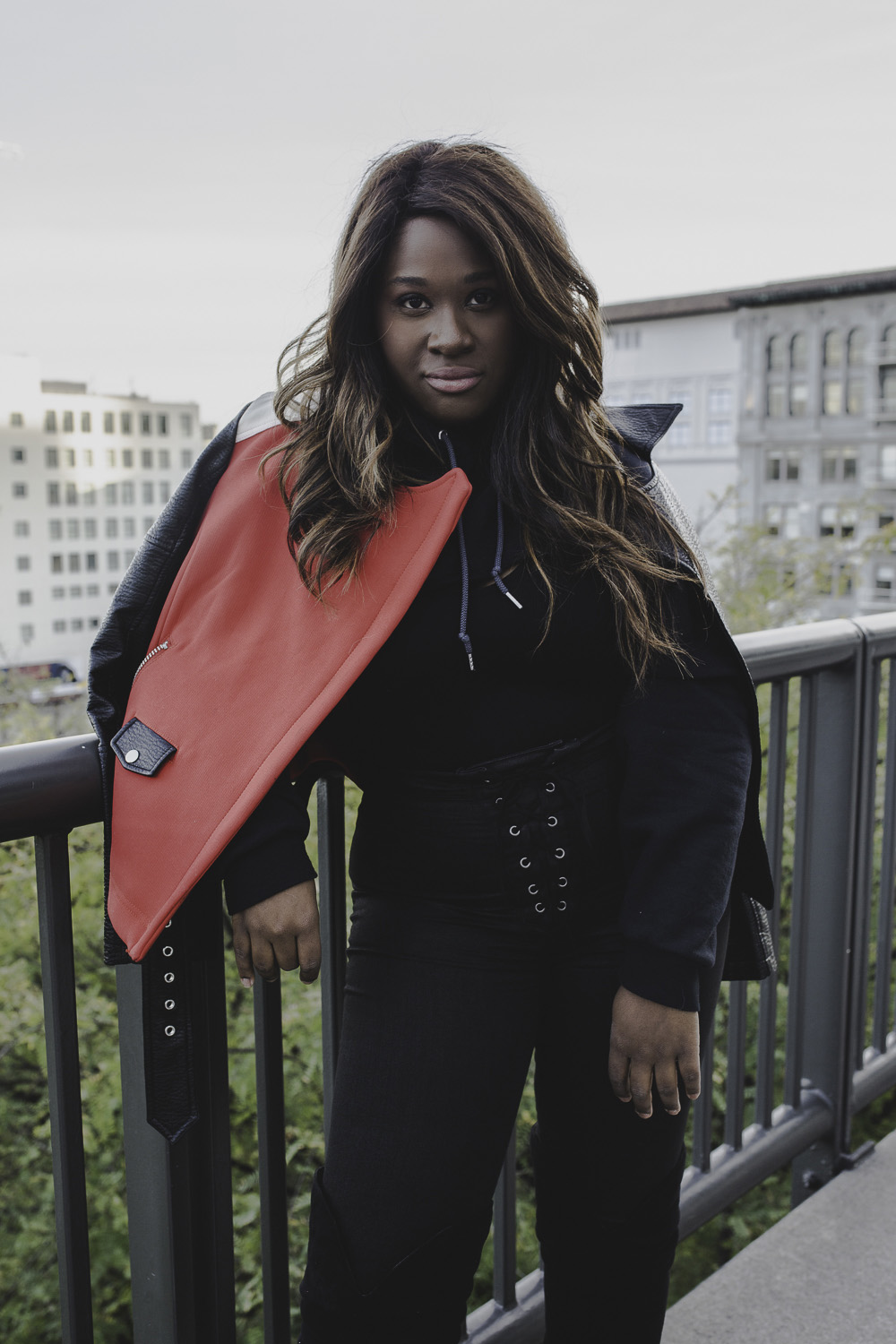 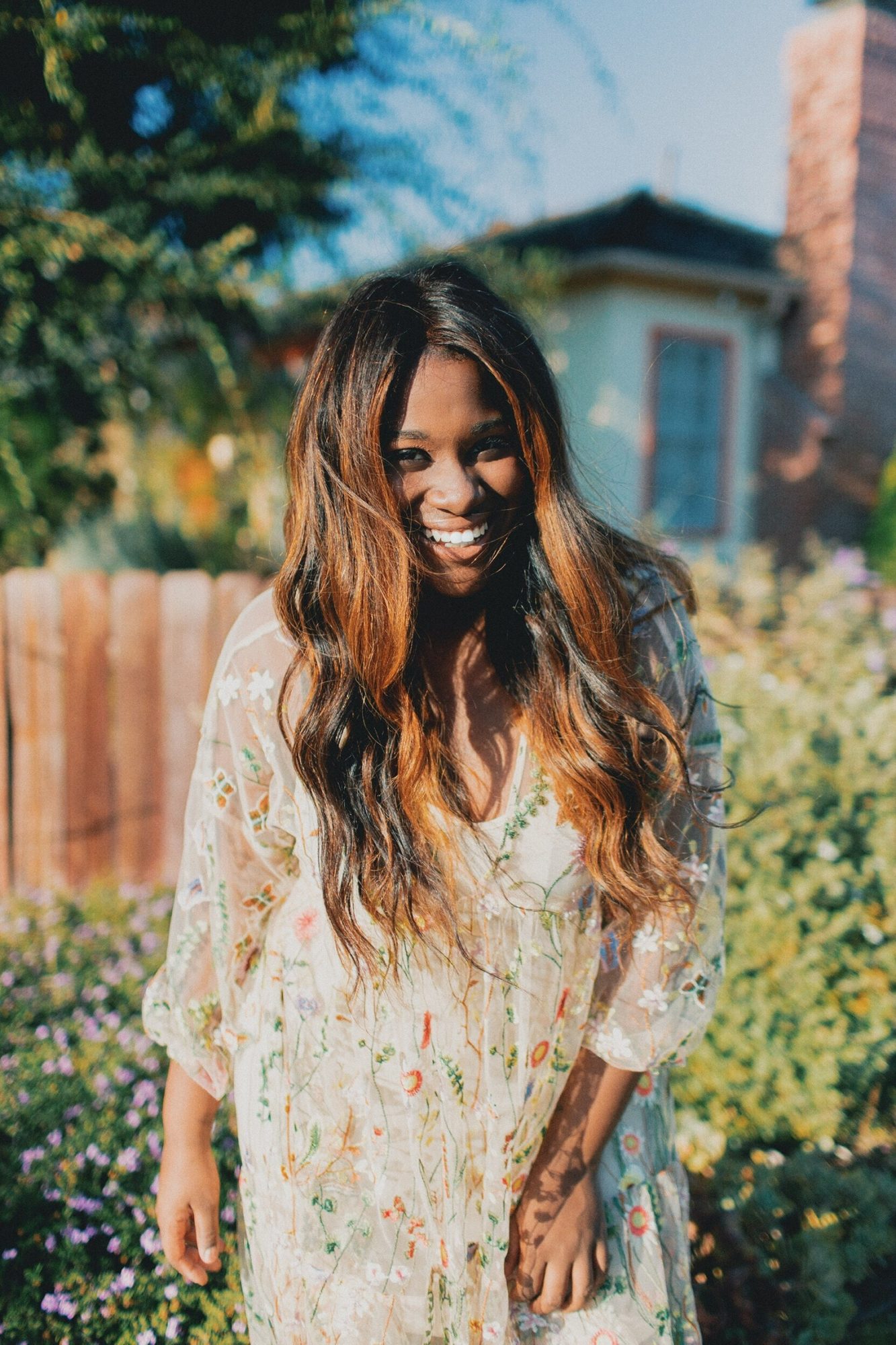 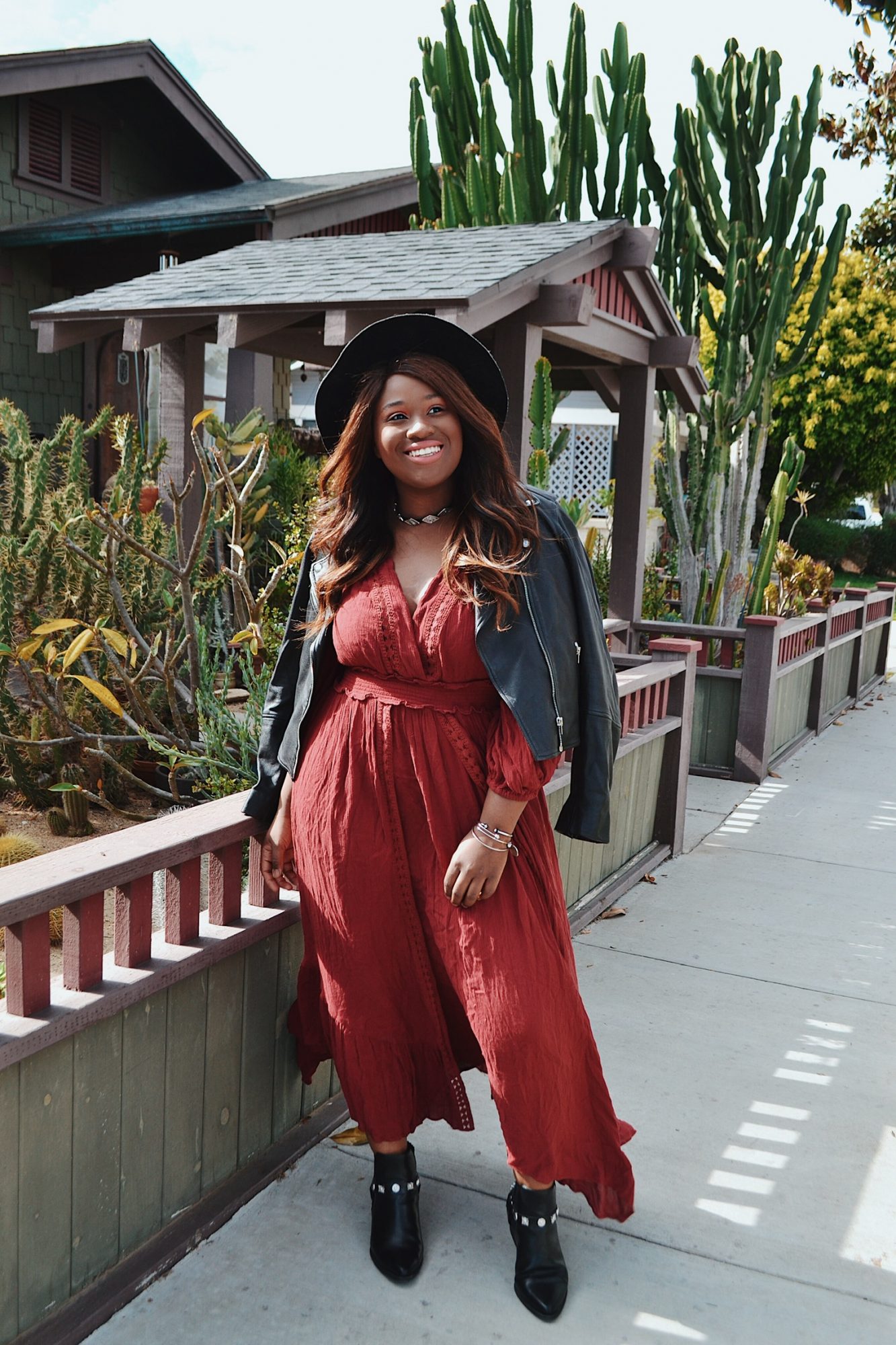 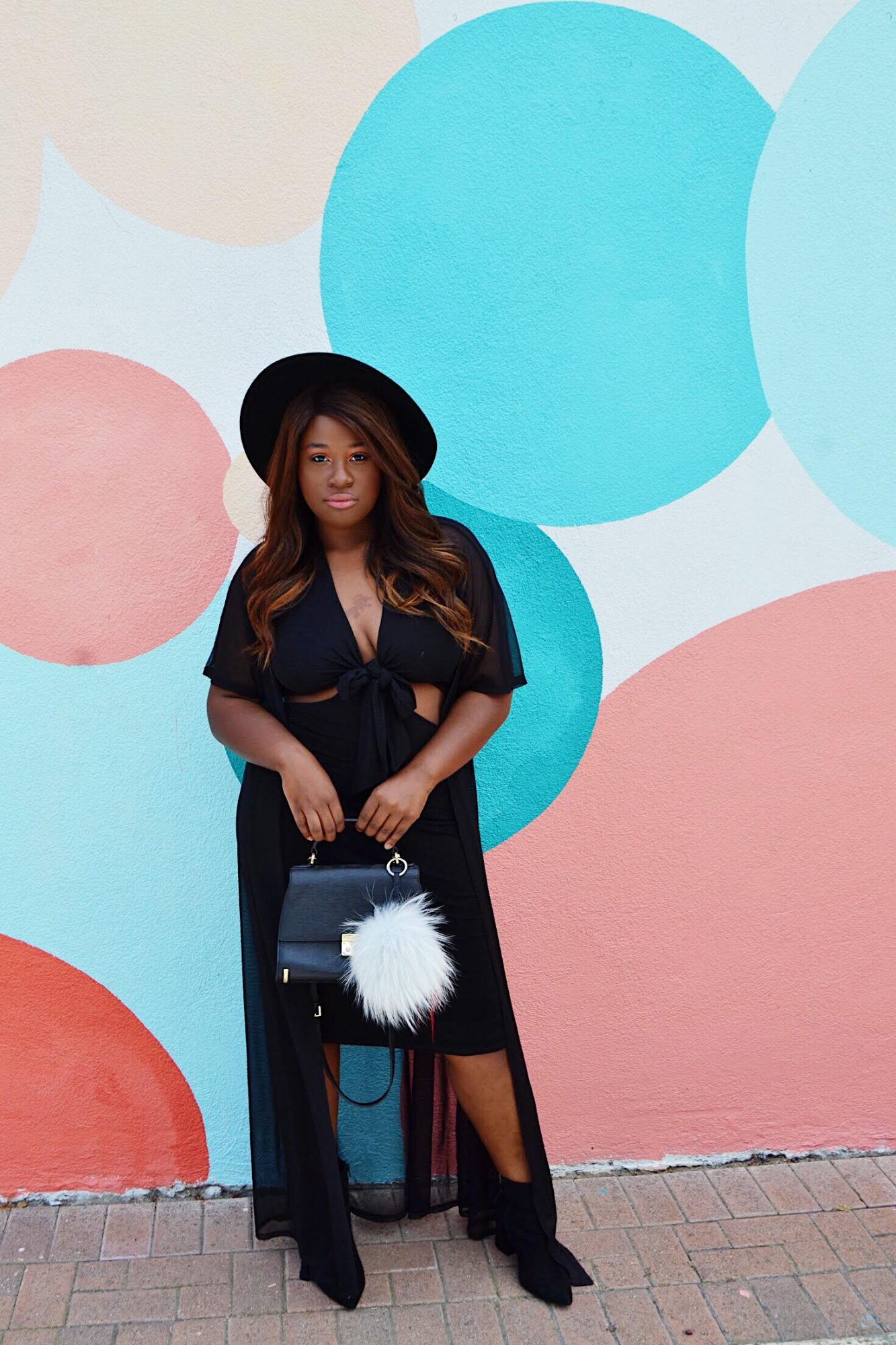 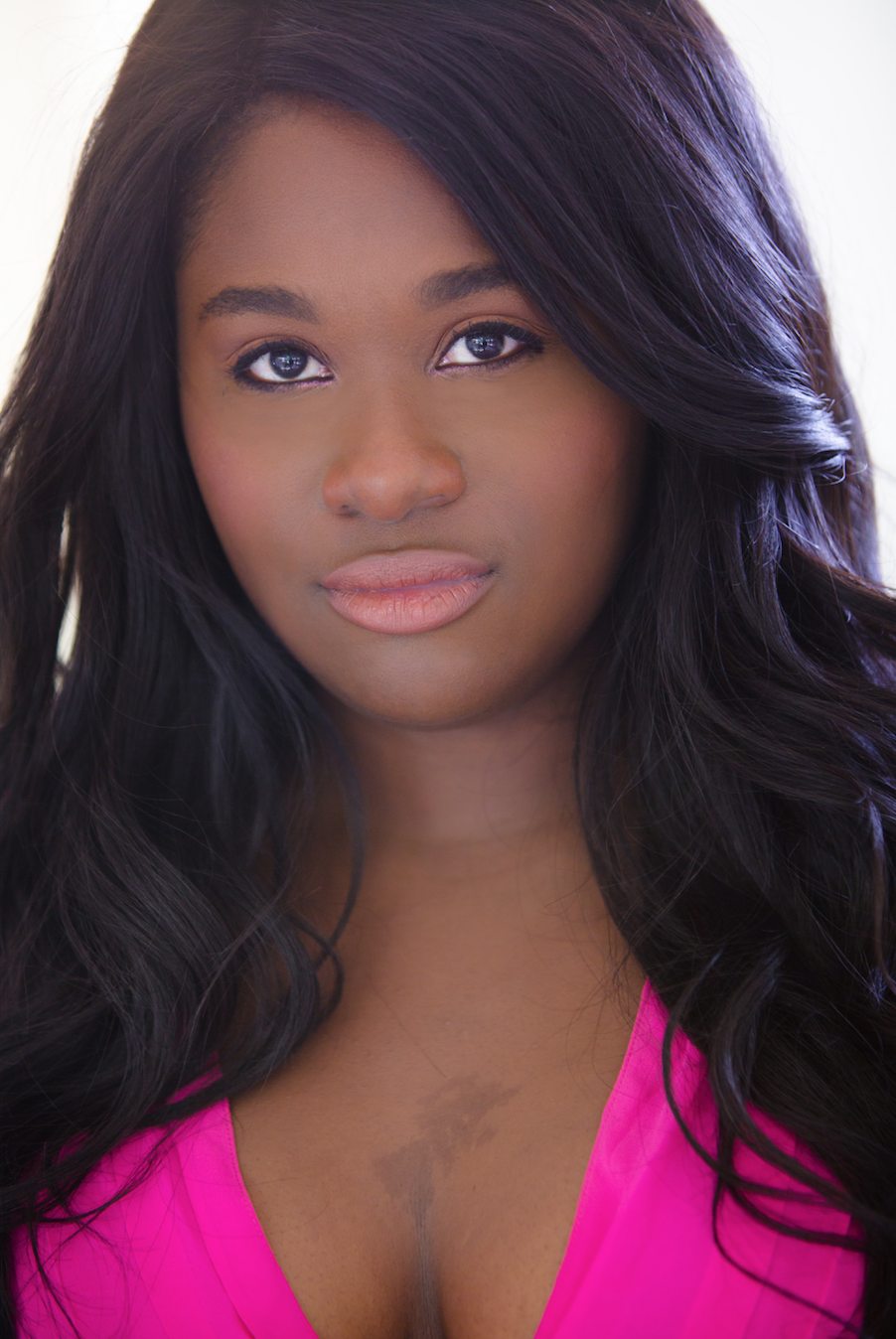