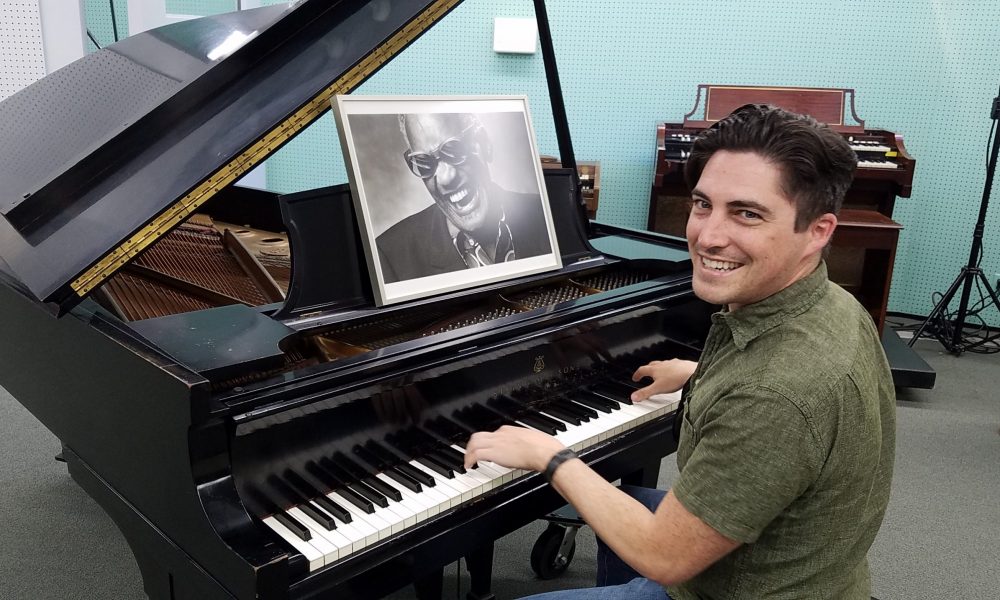 Today we’d like to introduce you to Jamie Daniels.

Thanks for sharing your story with us Jamie. So, let’s start at the beginning and we can move on from there.
I’m an actor/musician living in LA for the last thirteen years. I moved here from Tempe, AZ with the intention of getting acting jobs in TV and Film, which was my dream since about age four. While I’ve had occasional success over the years, it has actually been music that has helped sustain me.

I’ve always been musically inclined, especially as a singer. But I wanted to learn guitar, and I taught myself to play during college. At the same time, I became infatuated with the music of Bob Dylan. He spoke to me in a way no other artist had. I basically gobbled up every one of his albums during this period, and I practiced every day by playing his songs and singing along. Dylan has a lot of long songs featuring three or four guitar chords, which was totally perfect for someone learning to play. Desolation Row, one of his finest, was the first song I ever learned. I naturally emulated his vocal intonation, as you do, and came to realize that my voice had a similar nasal quality. I could sound pretty dang close to him if I tried. I thought nothing of it at the time however and went on learning.

It was in my first six months in LA, November 2007, that I found myself, on a whim, at the Britannia Pub at Third Street Promenade in Santa Monica. A group of musicians were setting up as my friends and I drank. We had already been there for a couple of hours and were walking out the door when they started their first set. Turns out that these guys were a Beatles tribute called Number 9, and they were dressed as the Fab Four and had all their legendary instruments, etc. They launched into their first number, I Saw Her Standing There, My friends and I blew our tops. It sounded perfect, nearly identical to the record. We ended up staying for the rest of their show, which was about three hours long.

We became regulars every weekend for the Beatles tribute, and this went on for about a year and a half. By that time, I was playing a lot of rhythm guitar and had also taught myself to play the harmonica. I wanted in on the tribute scene and thought that maybe I’d try my hand at doing Dylan. After all, there were virtually no other live tributes to him.

One night at the pub, I asked the band leader John (George Harrison) if he’d allow me to come up and try my hand at a few solo Dylan songs. He was very reluctant, as he should be! But he gave me a shot. My girlfriend at the time was a make-up artist, and she helped turn my hair into a crazy Dylan mop, and I dressed like him from head to toe. In between one of their sets, I performed The Times They Are A-Changin’, Blowin’ in the Wind, and Don’t Think Twice, It’s Alright. When I was done, John walked right up to me and said, “I never got to see Dylan live when I was younger in the sixties, and now I feel like I have. You can come back anytime and play.”

I was over the moon. I didn’t come to LA for music, but all of a sudden some new doors were opening. I treated my performance as Bob like I would any acting job. I ended up performing in between Number 9’s sets for another year or so, occasionally performing some of his electric tunes backed by the Beatles band. My next decision came easily.

I put out an ad looking for musicians to back me in a Bob Dylan tribute band. I was also a great admirer of the legendary Americana group, The Band. I felt, since Dylan and The Band were closely intertwined that it would be great double as a tribute to both, and therefore searched for musicians who also could sing lead and harmony vocals. My goal was to produce the most authentic live recreation of the music of Dylan & The Band. I formed my group The Jack of Hearts Band in 2010, starting with a monthly residency at The Britannia Pub, which lasted over two years. We’ve been at it ever since.

Over the years, we’ve played bars, private parties, corporate events, festivals, casinos, etc. We have some big shows coming this year — one in Colorado that has already been postponed, and another in New Mexico in September. Our goal is to go bigger. We want to travel the States, and eventually the globe. There is a surprising amount of interest in tribute bands all over the world, and I’d like to take advantage of that. Although you can still see Bob Dylan perform live, you won’t get to see him in his prime unless you catch one of our shows. It’s almost like a music history show, and one that I’m proud to be a part of.

As an actor, it is still my dream to portray Bob Dylan in some form or another, and I’ve been working on writing/producing a vehicle for me to do so.

Great, so let’s dig a little deeper into the story – has it been an easy path overall and if not, what were the challenges you’ve had to overcome?
Being a tribute band in LA is not easy. There aren’t a lot of venues that hire tributes, and there’s a lot of competition from artists producing original material. So it was hard to get the band to a place where we could play good venues and make decent money.

In order to make it worth our time, we would need a minimum band fee. That was hard to come by for a long time. We’re a five piece band. In our first years, we struggled to get paid more than $200-300 per show. We’re talking total — $40 per musician, for a three hour show. That’s pretty rough considering I could personally make $200-300 working my day job as a server. We endured through these times because we loved the music, and we were taking the opportunity to get better as a group.

Occasionally we lost a musician here or there, but LA has a near endless supply of qualified players, and I’ve never had too much trouble finding replacements or subs. The current Jack of Hearts lineup has been steady for about four years, and my bandmates are world-class.

As far as managing the band, which I still do, it was very difficult. Pitching a Dylan tribute to promoters was usually met with bewilderment, or at the very least, indifference. A Bob Dylan tribute is not as universally appealing as say a Beatles, Stones, or Zeppelin tribute. If the promoter wasn’t already a Dylan fan, it was an especially hard sell.

In order for us to book better gigs, we needed to show that we had already played great gigs and had audio/video evidence to support this. It took quite a while and a decent chunk of change to capture some good footage of the band. And that’s something I’m always working on to this day. Maintaining our website and social media can be a full-time job, and as an actor/musician/waiter/etc it can be quite daunting. But it’s also fun.

“The Jack of Hearts Band seeks to authentically replicate the sound of Dylan– from the early 60’s folk scene to the radical electric conversion culminating in Blonde on Blonde, the Woodstock retreat, and through the 70’s to masterpieces such as Blood on the Tracks, the Rolling Thunder Revue and beyond. Dylan’s frequent collaboration with The Band, who famously backed him on his ’66 and ’74 tour, as well as the famed Basement Tapes, has led The Jack of Hearts to include a tribute to the legendary Americana group.

With a nearly endless amount of musical material, The Jack of Hearts have performed across the southwest, bringing to audiences a live experience showcasing the very best of American folk rock.”

When I perform as Dylan, I’m doing my best approximation of him. In between songs, I fall somewhere between Dylan and myself, but during the songs I’m all Dylan. Think of it like an Elvis impersonator, without all the schtick in between.

I believe our sound to be authentic, and I think what sets us apart from other tribute bands is our energy. All five of us are around the same age and are of a younger generation of Dylan/Band fans. Since we are dealing with fifty-year-old music, a lot of tribute bands are made up of middle-aged musicians. Which is totally cool of course, but I’ve found that sometimes they lack real passion and energy and sometimes seem like they’re just going through the motions. My band, on the other hand, is made up of hungry musicians who are quite adept at producing their own original material but also have a sort of fanatical love for the music of the sixties ans seventies. For us, it’s all about the love of the music.

Do you look back particularly fondly on any memories from childhood?
I don’t think I can cite just one. But I love traveling, and my family did a lot of traveling when I was younger. Mostly within the United States — some favorites include a Seattle/Vancouver trip, Puerto Rico, and New England.

I was a part of an exchange program in high school in which I traveled to China for five weeks, and returned to Arizona with my Chinese counterpart and spent another five weeks with other exchange students from several different countries. It was an eye-opening experience, especially at the age of seventeen.

I like to think of myself as an adventurer, and I’m grateful for the opportunities I’ve had to see the world. 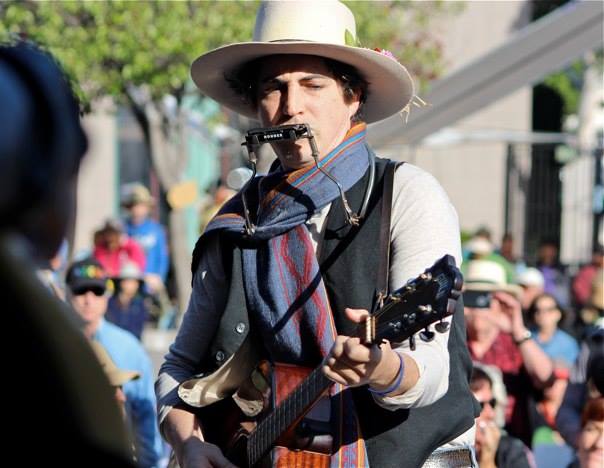 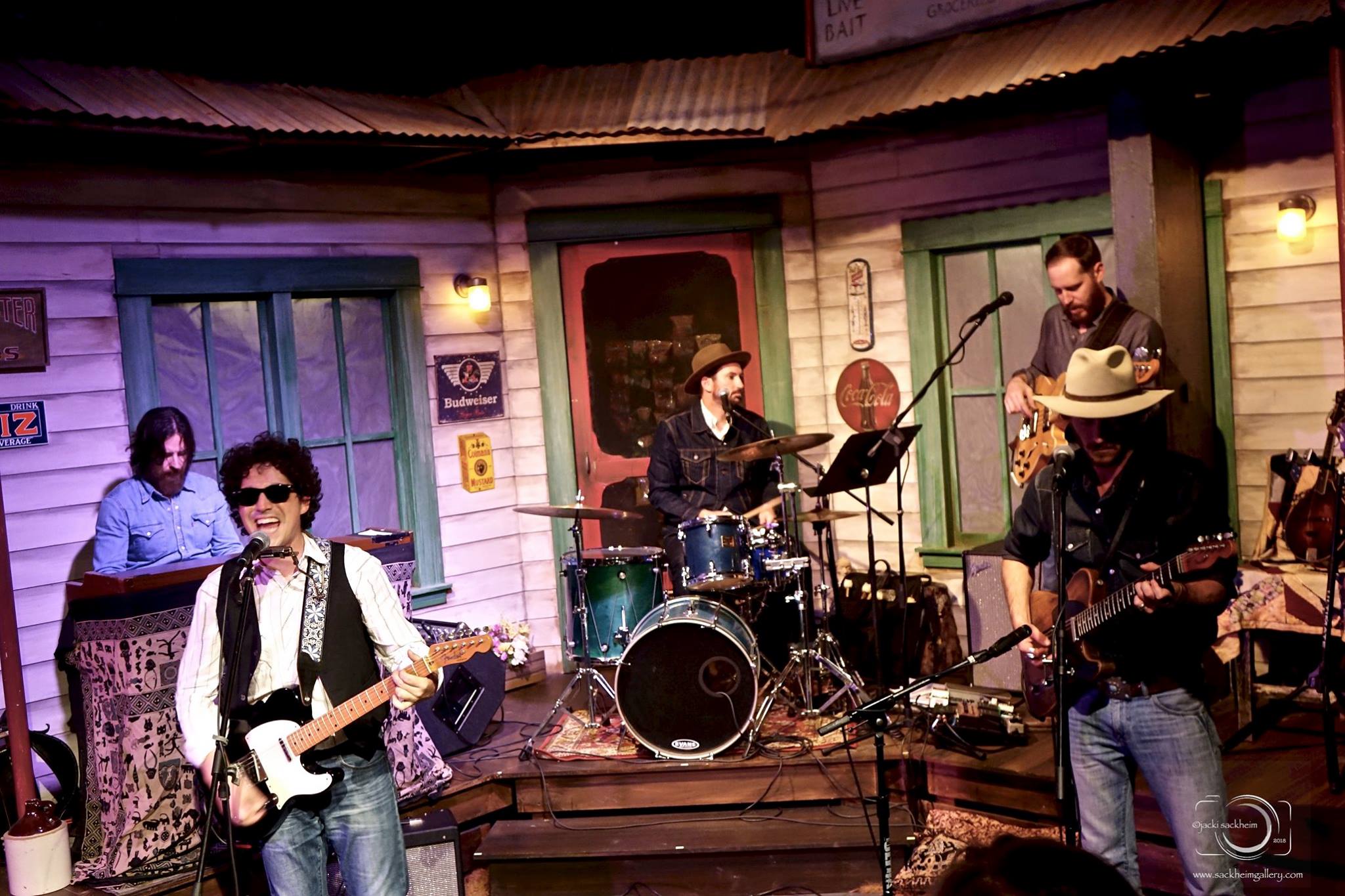 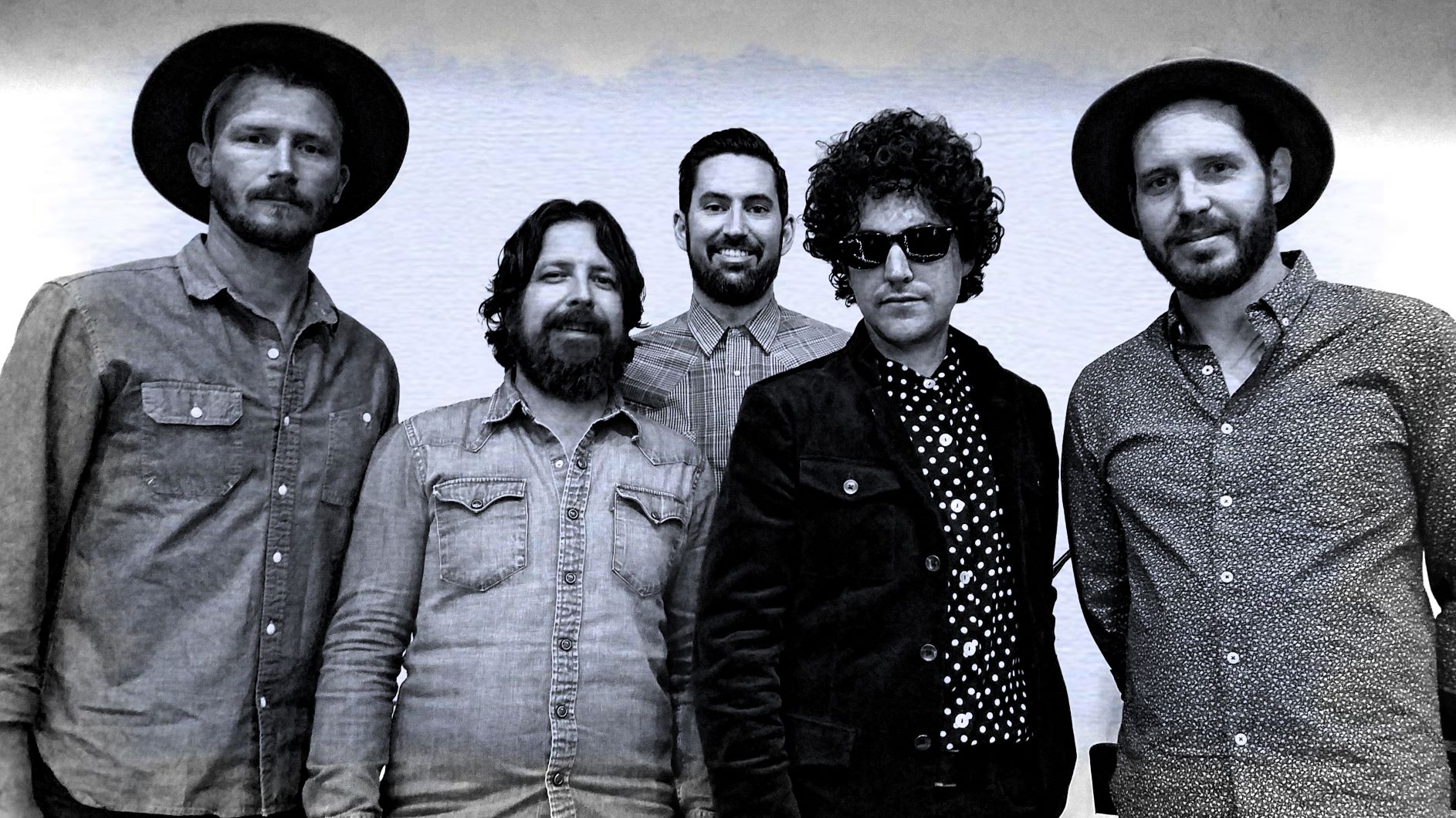 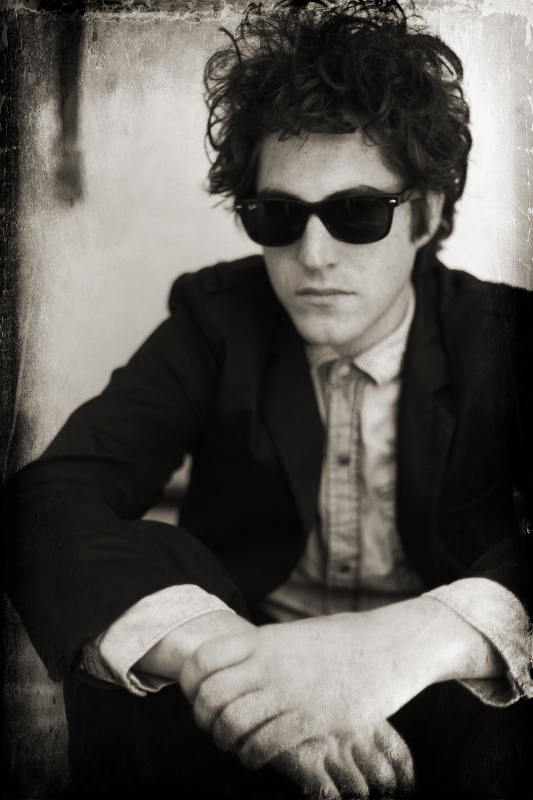 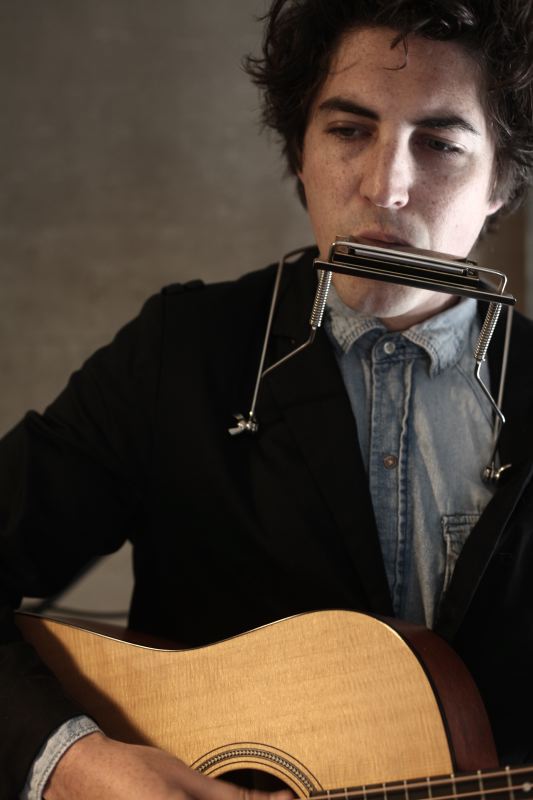 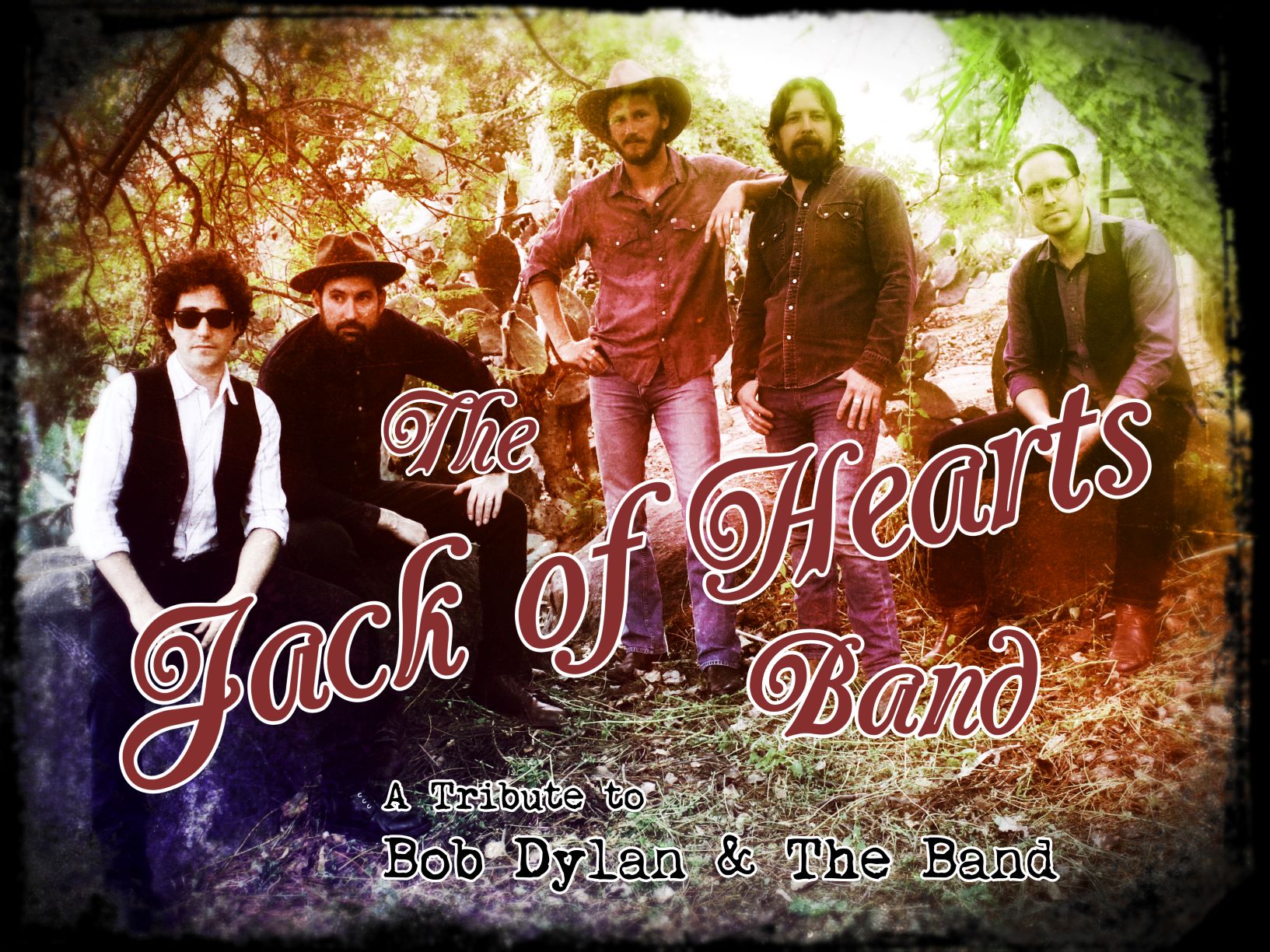 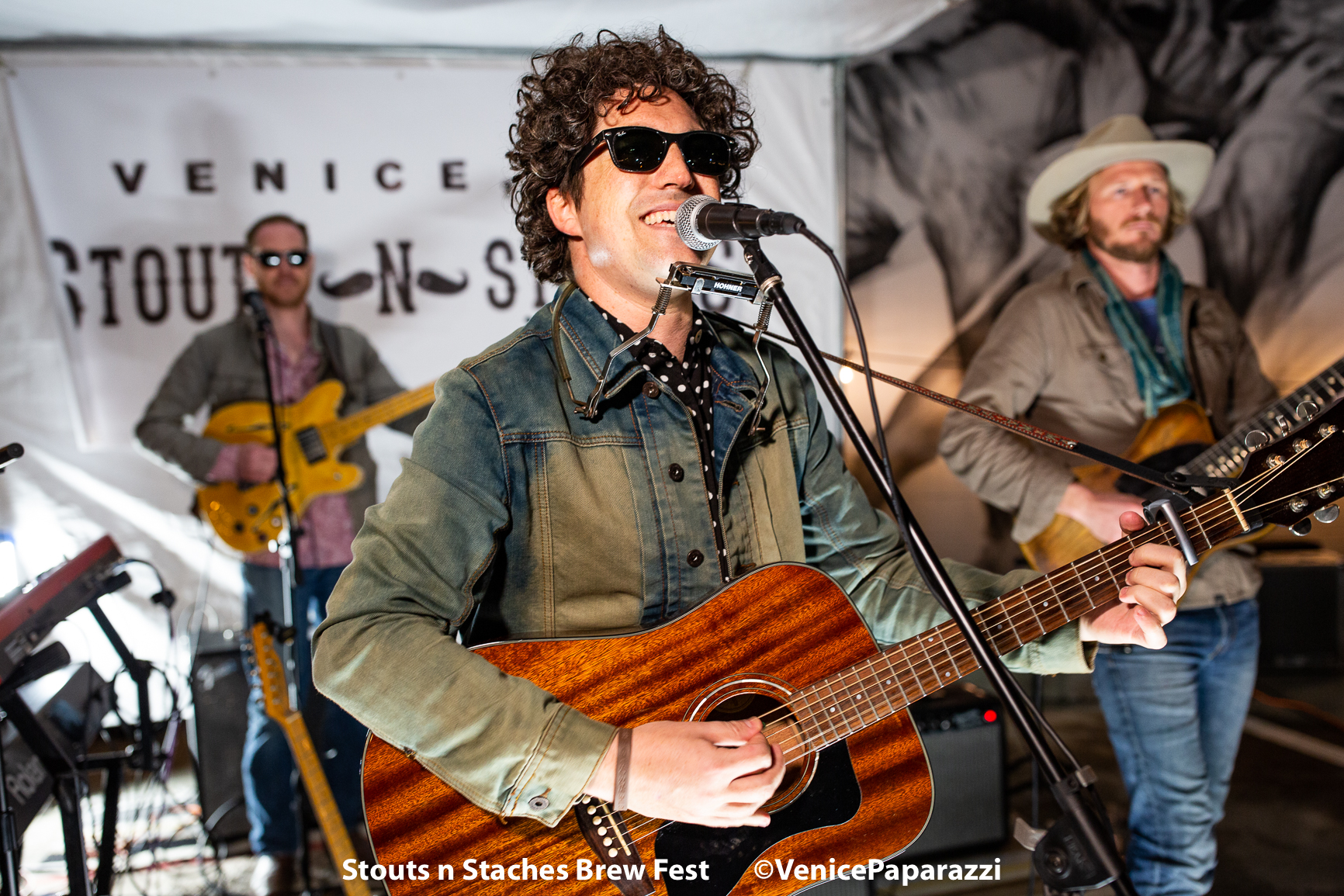 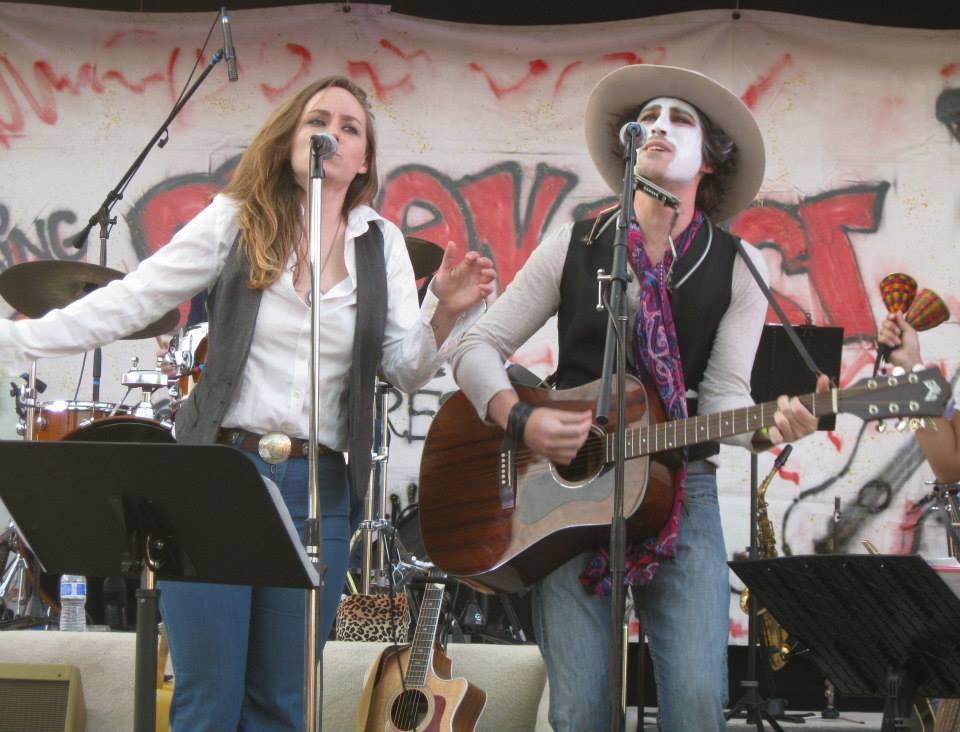