Meet Jamie Bechtold of The Soundbath Center in Eagle Rock 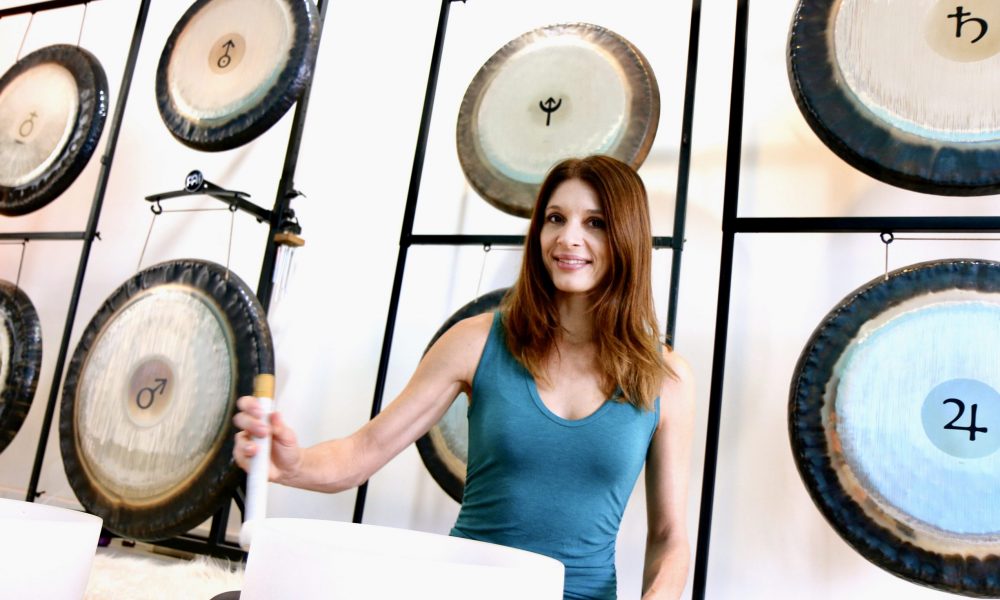 Today we’d like to introduce you to Jamie Bechtold.

Jamie, please share your story with us. How did you get to where you are today?
I heard the gong for the first time in a yoga class in the year 2000. I was immediately hooked and wanted more! I was amazed at how quickly the sounds calmed my mind and how light I felt after the experience. The gong got me going to yoga! I looked for other places to hear the sounds, but could only find the gong at a couple of yoga studios in Los Angeles.

After college and working briefly as a biologist, I looked into other career options. A yoga retreat in Brazil ignited my passion for music, dance and travel and I soon found myself in the healing arts world. I began working as a massage therapist and added tuning forks into sessions. The sounds produced amazing results and my clients were more relaxed and receptive to the massage once I added in sound therapy. Through all of this, I was still attending that one yoga class with the gong… and had still yet to come across anyone else… until 2003. Around that time, I met a woman named Kat Lyons and she became my first sound therapy teacher. She had 9 gongs and that was when I learned more about the gong and that there were many different types. She worked with planetary gongs and once I learned there were gongs named after the planets I set a goal to get all of them – which was 14 at that time. I also learned about the Integratron ( a dome in the Mojave Desert), that held soundbaths with crystal singing bowls. This is where I first heard the term “soundbath” (which was actually coined by Tom Kenyon, a well-known sound healer and researcher in Washington state).

Many of my friends and family thought I was a bit crazy wanting 14 gongs – however, I kept this goal in mind and eventually purchased my first 3 gongs. I had also learned about crystal singing bowls and found that I enjoyed the sounds of the gongs and crystal bowls blended together. I had never heard this before and decided to hold soundbaths that blended these sound elements together. I began holding soundbaths in my home and eventually branched out to a couple yoga studios and a dance studio. By 2012, I was holding 8-10 soundbaths every week at many different yoga studios all around Los Angeles. It took awhile to get the word out as no one in LA had heard of what I was doing. Around the year 2012, soundbaths were becoming popular and there were other soundbath players popping up all over the city. At this time I also launched my sound therapy training program and began teaching others to play the gongs, bowls and perform private sound therapy sessions.

My gong collection continued to grow – I was an endorsed Paiste artist for a few years and then in 2015, branched out to work with other gong companies, Meinl being the primary one. I’ve now performed thousands of soundbaths and have a collection of over 20 gongs.

In 2015, I opened The Soundbath Center (originally called The Sound Space). At the center, we specialize in offering a variety of soundbath experiences in an intimate, small group environment. I have chosen to keep the group size intimate as I feel the participants get a more complete experience than when in a large group. Our standard soundbath at the center is with 13 gongs and 12 crystal singing bowls, this provides a lot of different tones which help the mind relax deeply. Along with our standard soundbath (called GongPlay™ Soundbath) we also offer premium soundbath events that blend breathwork, Reiki and crystals with the sound.

In 2017, I launched a soundbath specific training program called “Soundbath Practitioner Training.” The emphasis in this training is on therapeutic soundbaths and teaching practitioners to play in a graceful and effective manner. I developed this training by incorporating what I have learned through studying sound therapy, yoga, meditation and energywork, along with over 14 years experience playing soundbaths for individuals and groups.

Currently, we are continuing to build the Soundbath Practitioner Trainings – we have students from around the world coming to learn at The Soundbath Center. We are now offering 3 levels of trainings and have plans to travel around the country to offer them in other locations. We are also coming up with new ways to offer soundbath experiences – bringing in other elements that deepen the therapeutic experience.

Has it been a smooth road?
It has not been a smooth road and there were many struggles in getting started. This was a new offering and I had to convince people of the effectiveness of soundbaths. Even the Integratron (now very well known) had not yet been discovered by the press. People had heard of gongs and singing bowls, but they were used mainly at the beginning or end of a meditation or yoga class… they were a supplement, not the main event.

I approached a lot of yoga and dance studios in the beginning and only a couple would take the chance on this new thing. Many were afraid it would be too “hippy.” It felt like an uphill battle the first few years to really get it going. I knew for myself how effective and life changing they are, yet others weren’t so sure until they experienced them. I persevered through it all convinced that at some point people would catch on to how good soundbaths are as a tool for stress relief and self care.

I had also decided from the beginning that, I would need a minimum of 3 gongs and 2 crystal bowls in order to create enough sound and vibration for the soundbath to be effective. Financially, it was a struggle at first as the instruments were expensive and I was doing a lot of events for free or for very little. I took on many side jobs in order to pay the bills and support me in purchasing more instruments so I could add more depth to the soundbaths.

By 2009, I was doing monthly soundbaths at a couple different places and word was spreading about how fantastic people were feeling after attending soundbaths with me. By 2012, I was able to do soundbaths and sound therapy full time, letting go of other side jobs.

So, as you know, we’re impressed with The Soundbath Center – tell our readers more, for example what you’re most proud of as a company and what sets you apart from others.
The Soundbath Center is the first center just for soundbaths in Los Angeles (and to my knowledge first in the US and the world). We specialize in soundbaths with multiple gongs and crystal singing bowls. We are also known for our wall of gongs – 13 gongs hanging on one side of the room and 10 people lay down opposite the gongs. Our Soundbath Practitioner Trainings draw students worldwide.

Jamie is known for being one of the first people to play soundbaths with multiple gongs and crystal singing bowls. She seemlessly blends the sounds of multiple gongs and bowls to create a landscape of sound that takes listeners on a deep inward journey. While there is an element of performance, her soundbaths are more therapeutic, meaning they are meant to take one to a deeper brainwave state and keep them there… so the experience is relaxing yet also deeply nourishing. Her playing style is fluid, unique and self taught. Her soundbaths have been referred to as “a concert for the soul.” She was also the first (to my knowledge) person to combine gongs and crystal singing bowls in soundbath format (meaning they are played simultaneously). She is known for creating combinations of gongs and bowls, playing them simultaneously.

Let’s touch on your thoughts about our city – what do you like the most and least?
I love Los Angeles because of all it has to offer. There are few places where you can visit the beach and snow on the same day, go to a korean spa and an ethiopian dinner or experience things like soundbaths on a regular basis.

The hard part about the city is the traffic. Sometimes, it just takes so long to get anywhere! 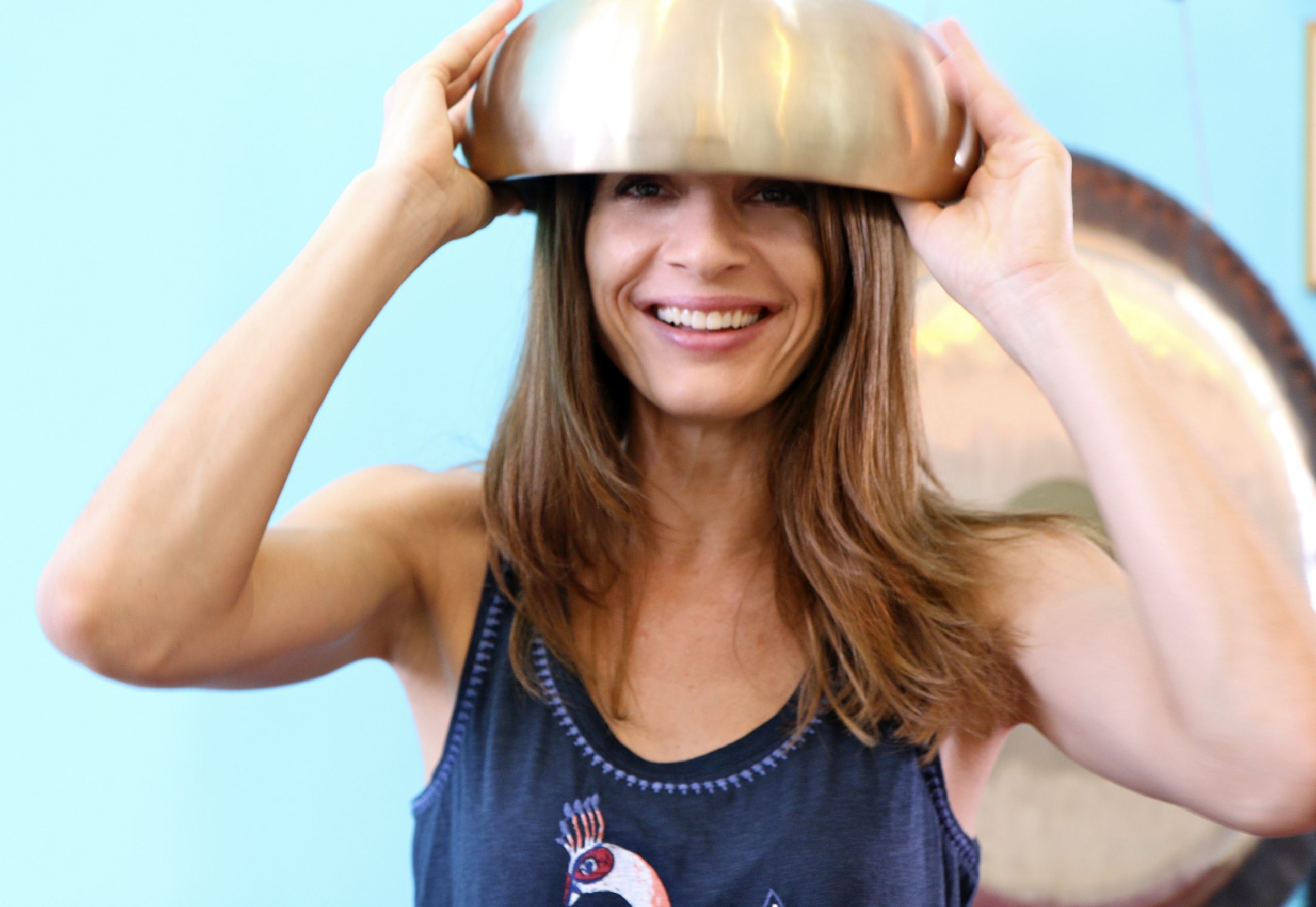 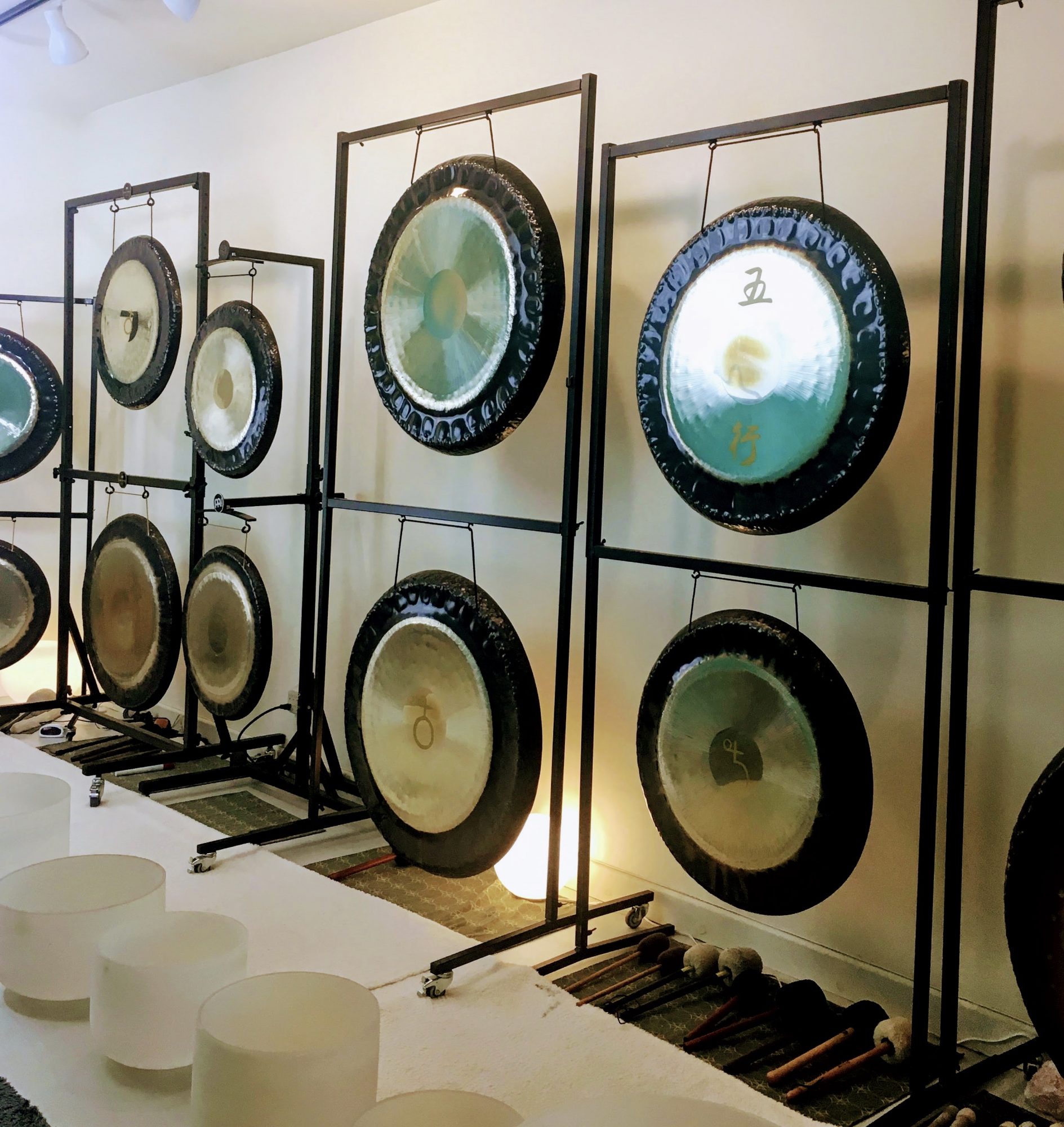 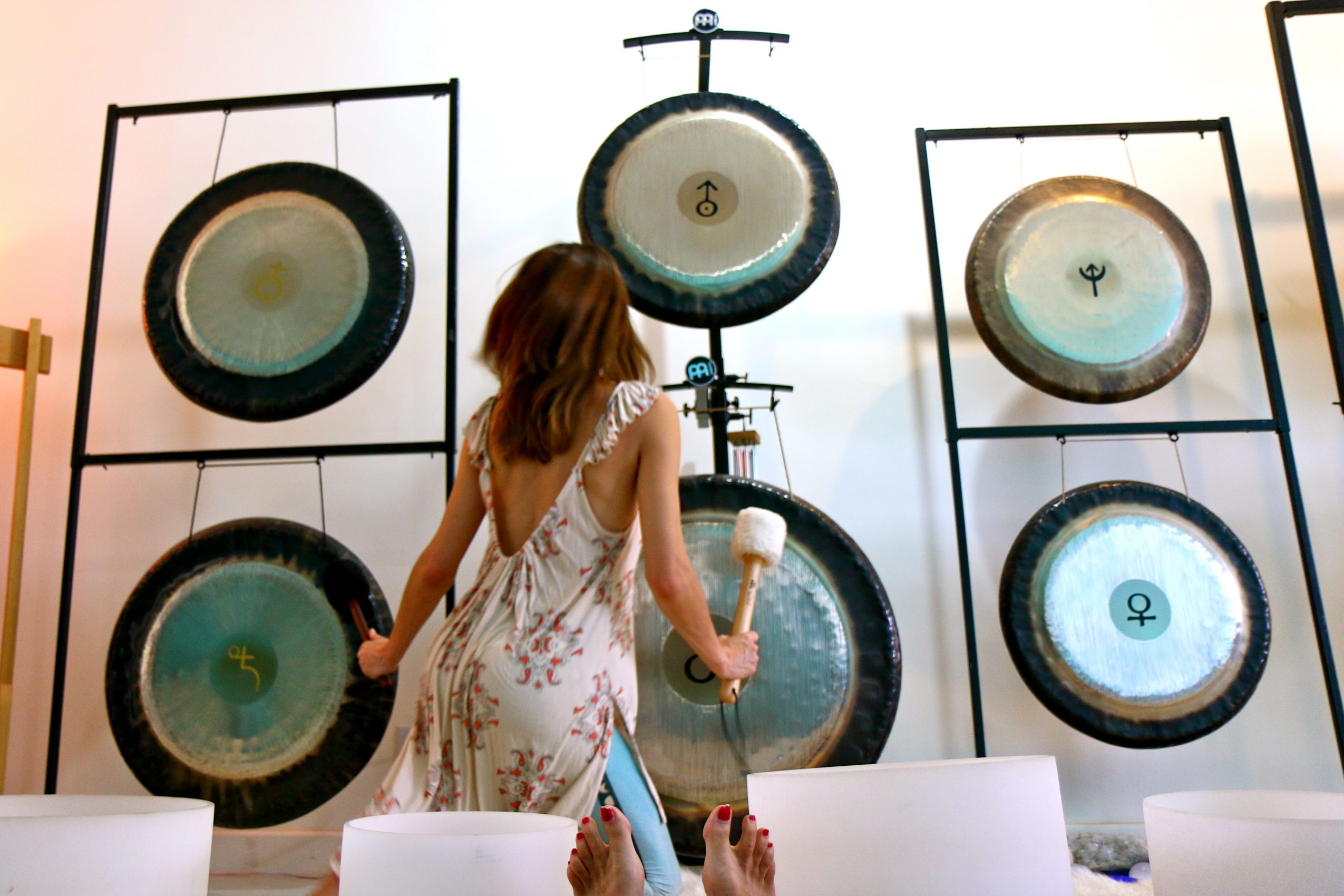 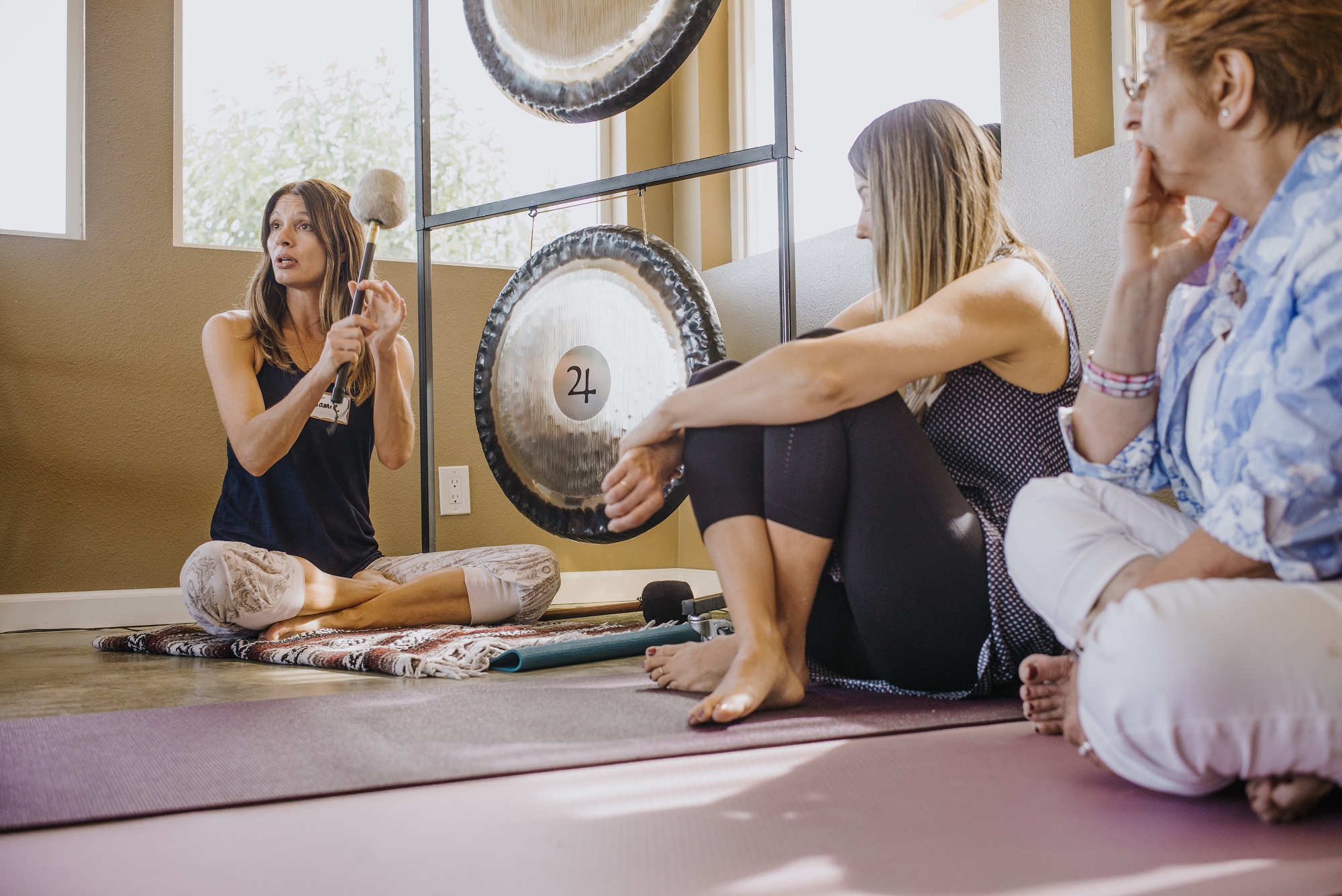 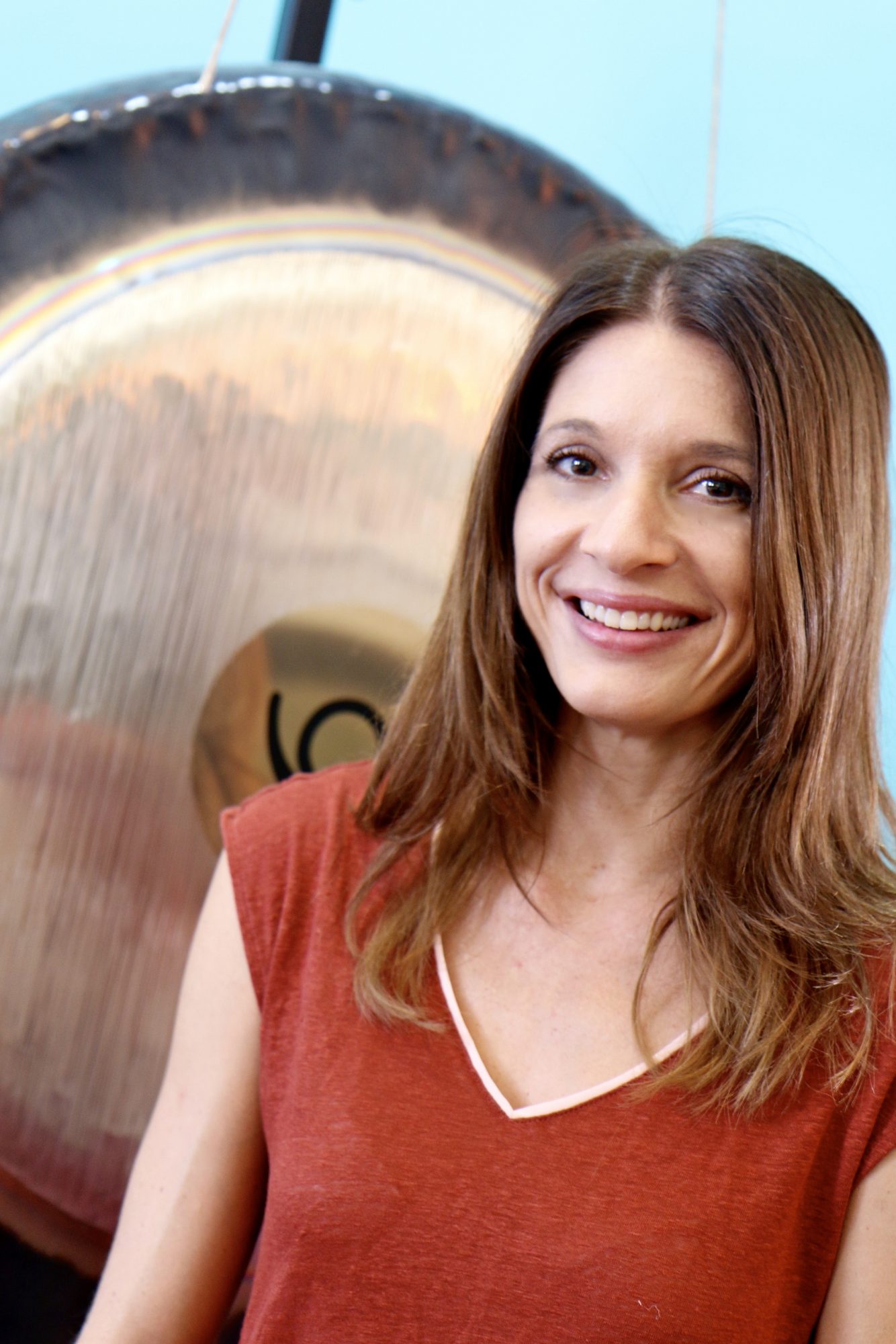